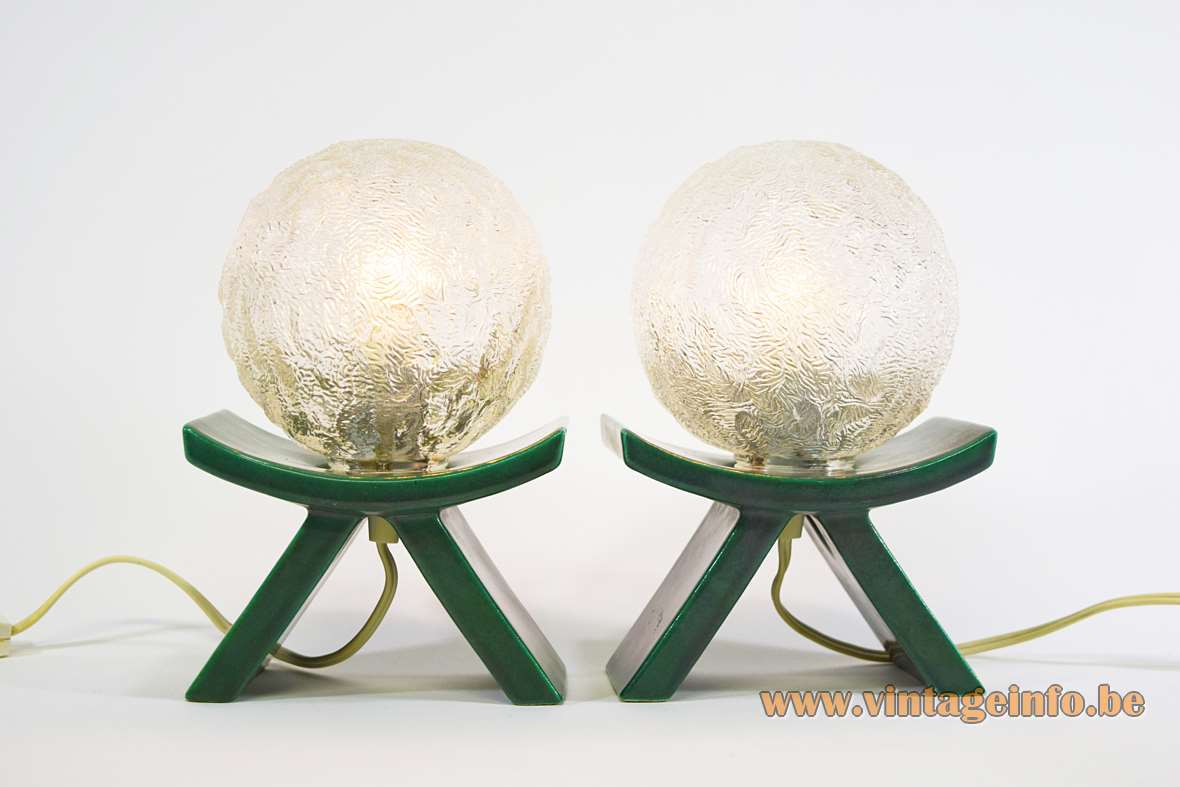 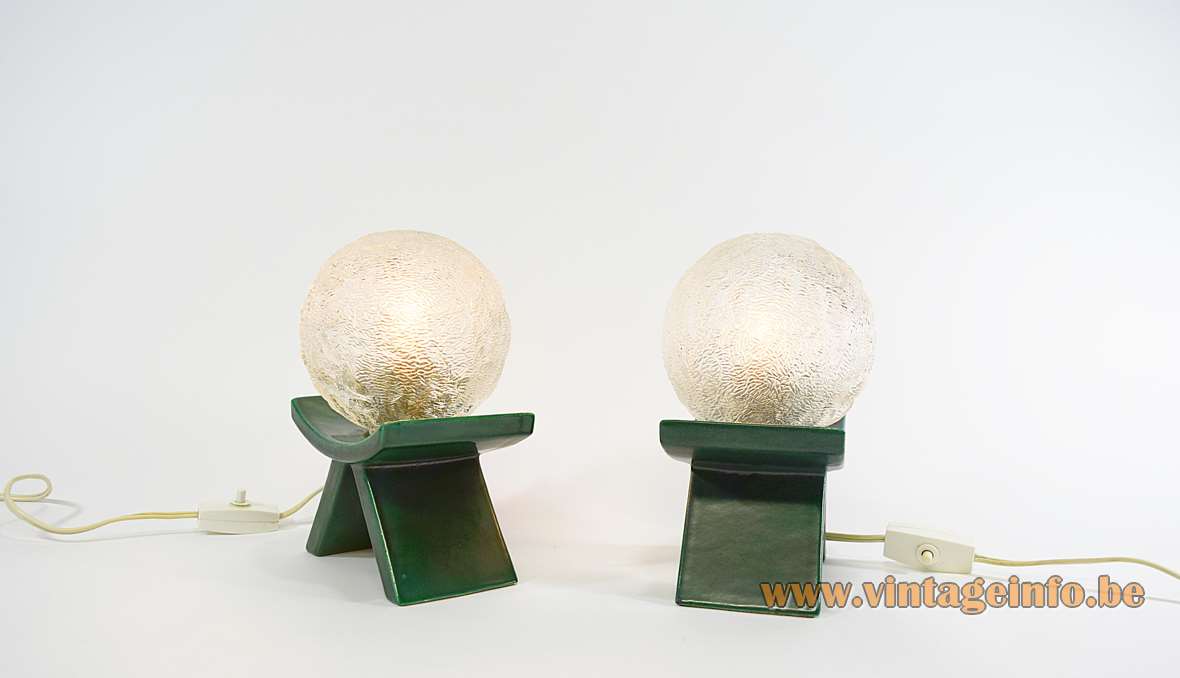 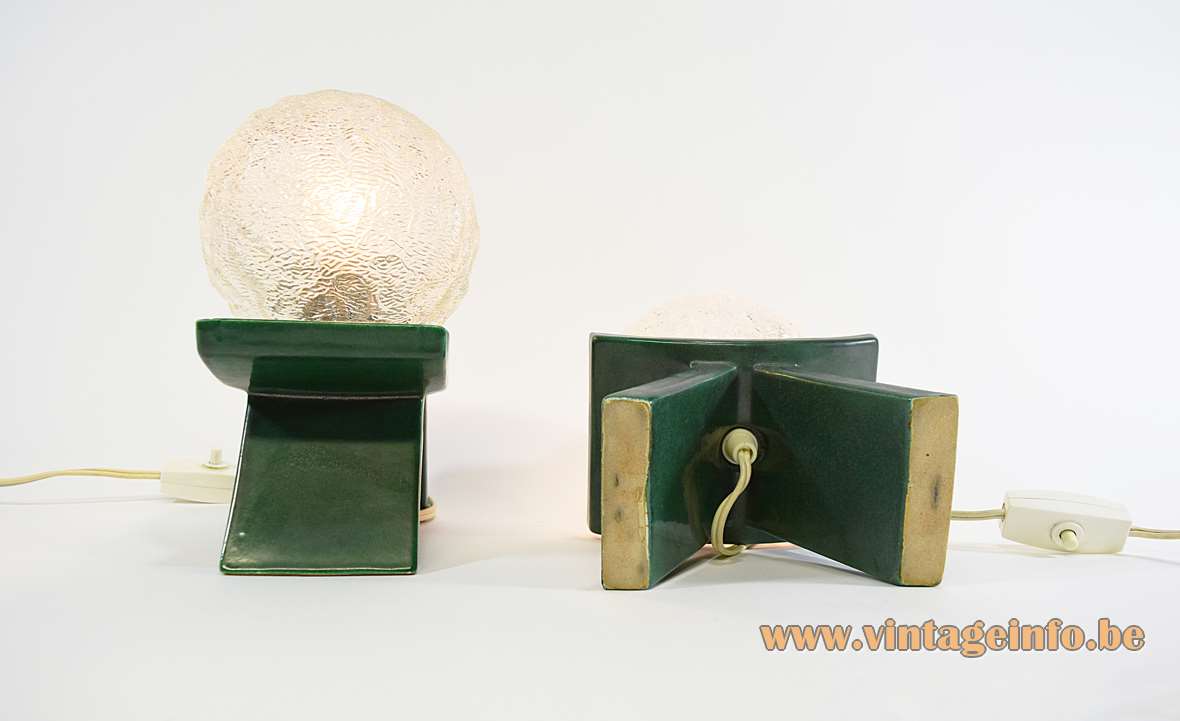 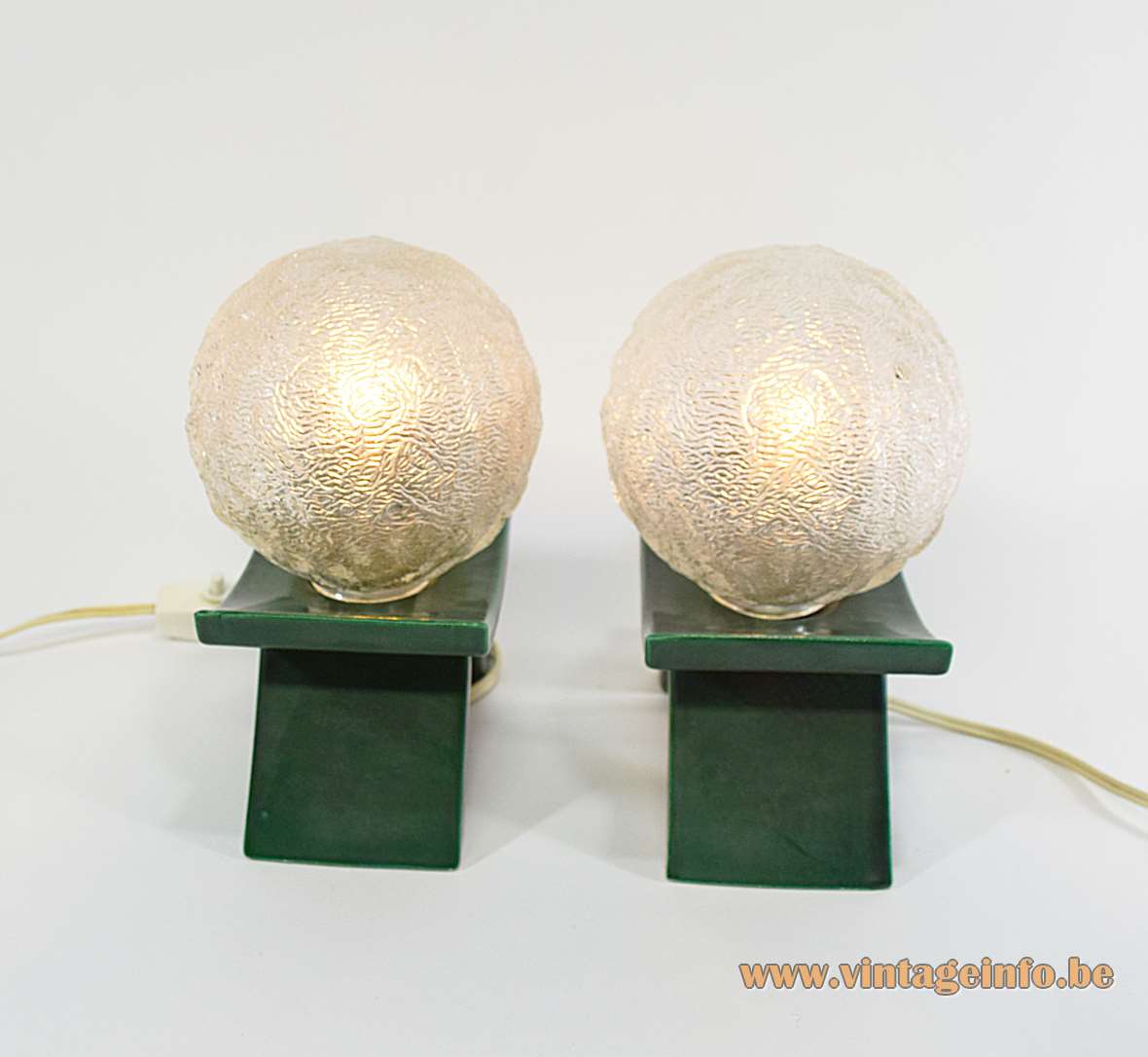 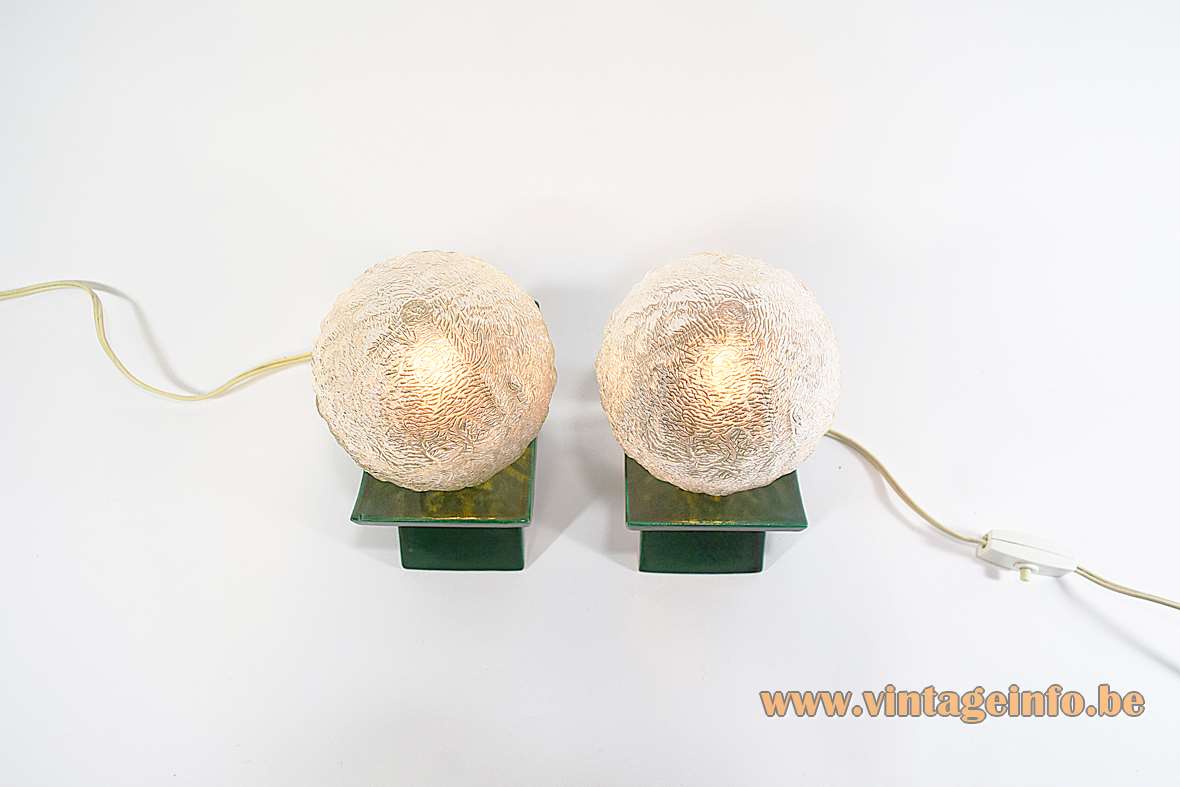 Wikipedia about Cari Zalloni – only in German (2017)

Other versions: These Cari Zalloni green bedside table lamps exists in several colours and were also made with different glass globes.

Cari Zalloni went to Siena in Italy to design furniture, but after two years he went to Germany to work as an independent designer. He designed various glasses series for the ornamental ceramics company Steuler-Keramik and for the Glashütte Maximiliansau. He moved to Salzburg in 1962.

Zalloni was known as the chief designer of the eye optics company Cazal Eyewear. He also designed drinking glasses and winter sports equipment. Most recently he lived near Graz, Austria. He died from the effects of heart surgery in 2012.

Today Steuler is a group of companies specialising in industrial corrosion protection, plant construction / environmental technology and tiles. The group develops, produces and installs corrosion-resistant and fire-resistant materials, as well as lining technologies for the chemical industry, in metal recovery plants, in power plants and special waste incineration plants as well as in the iron and steel industry. 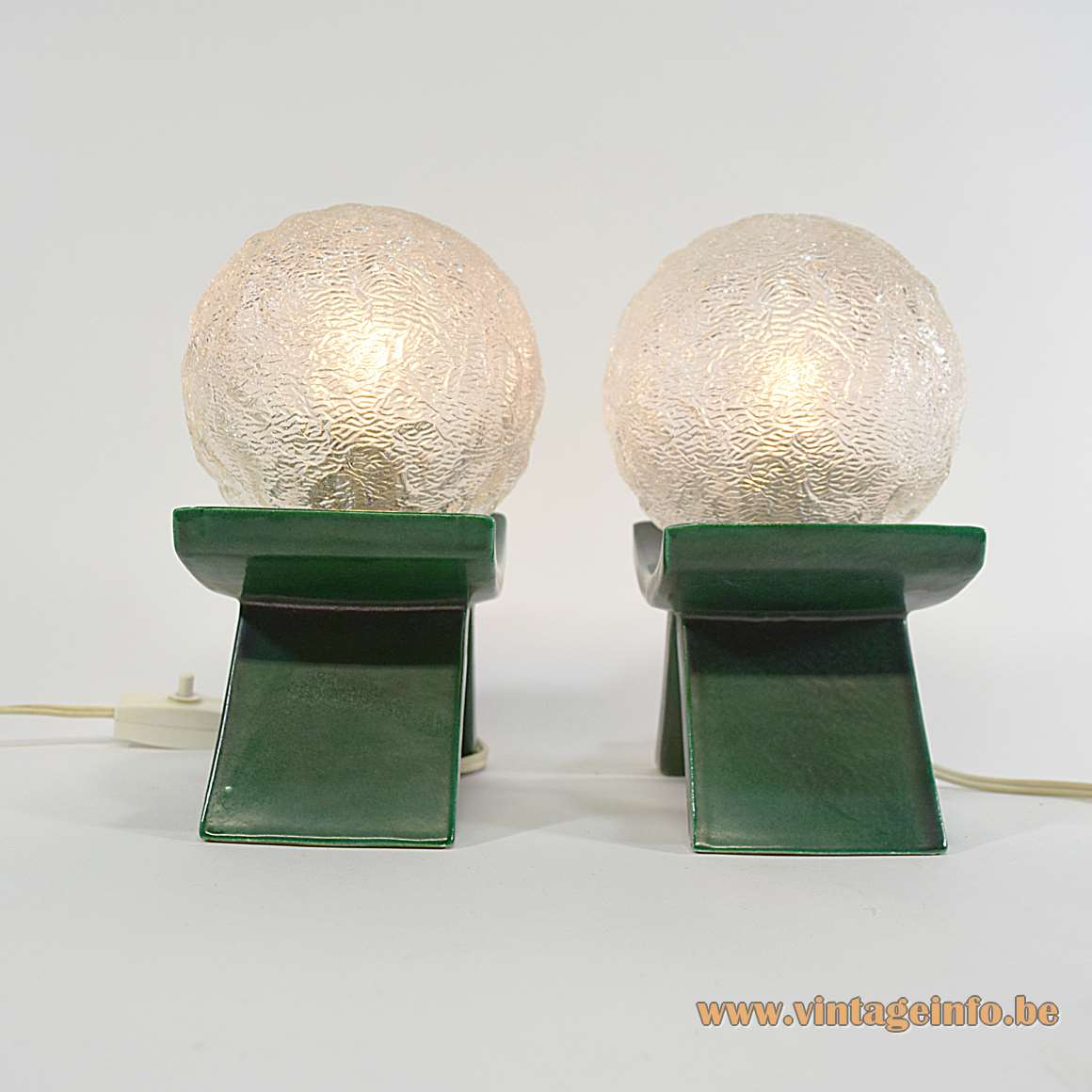 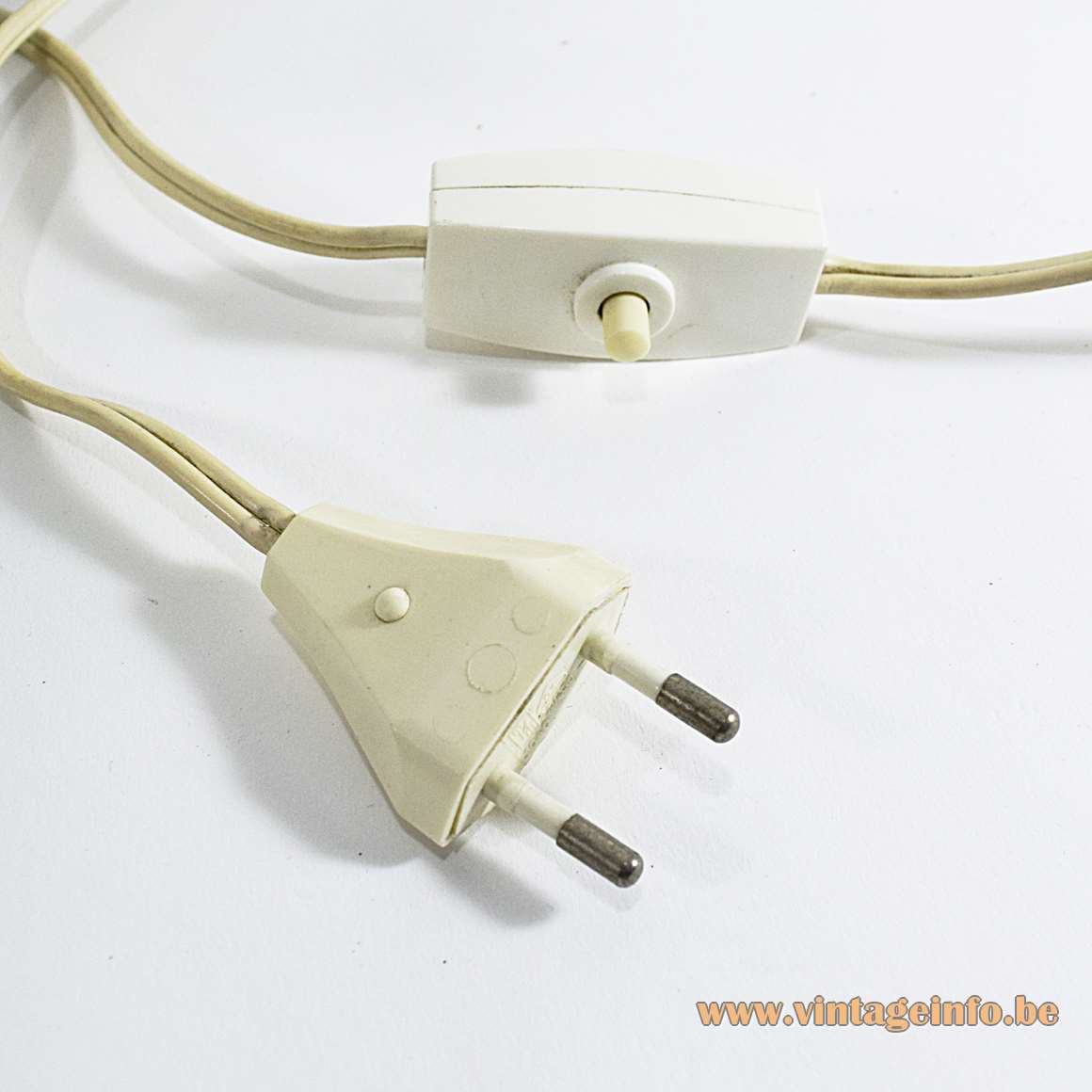