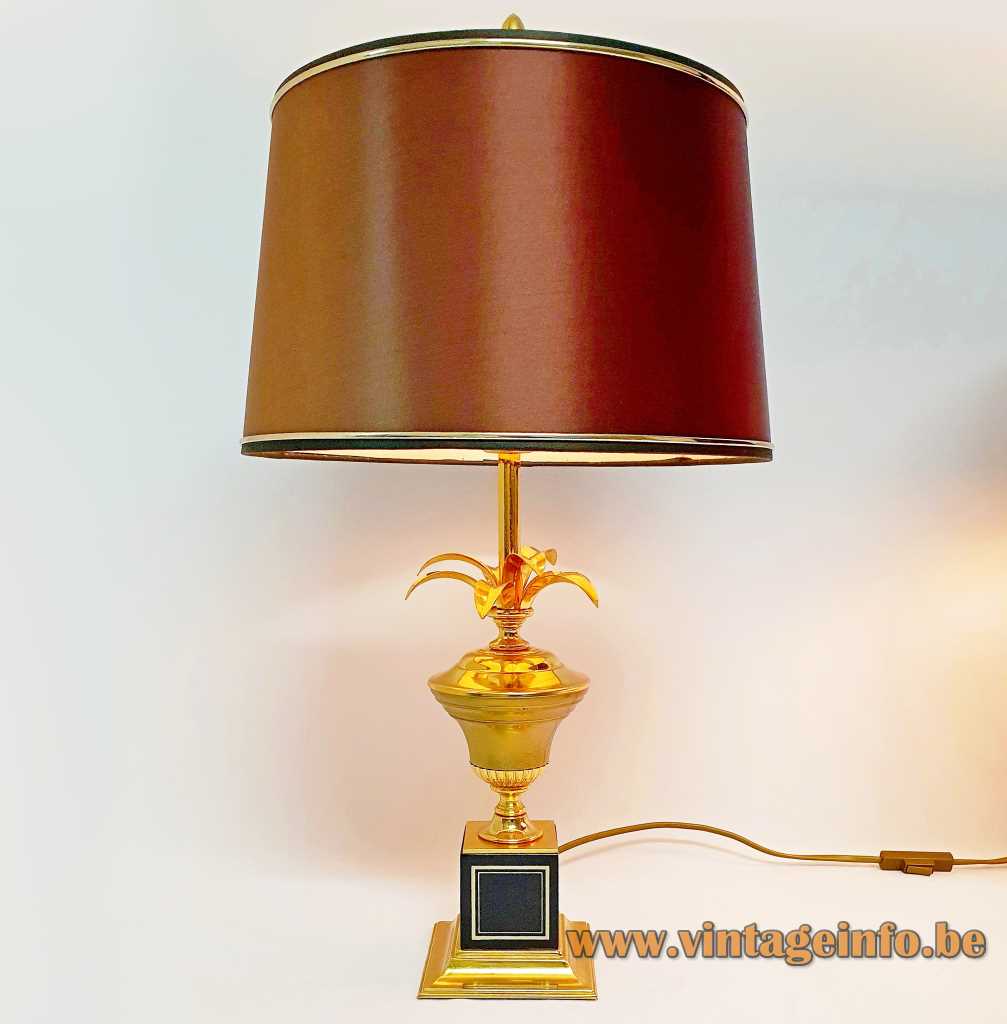 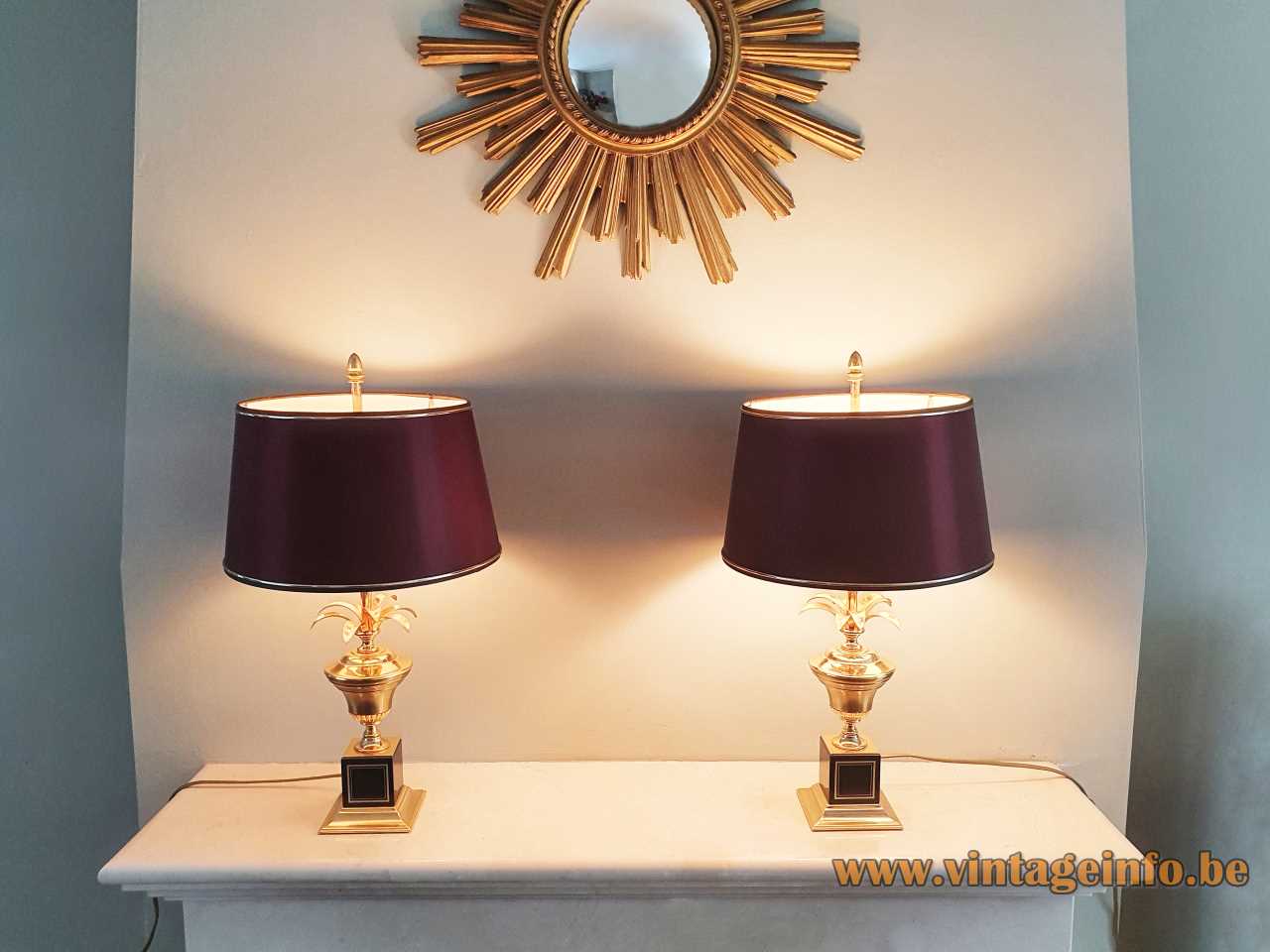 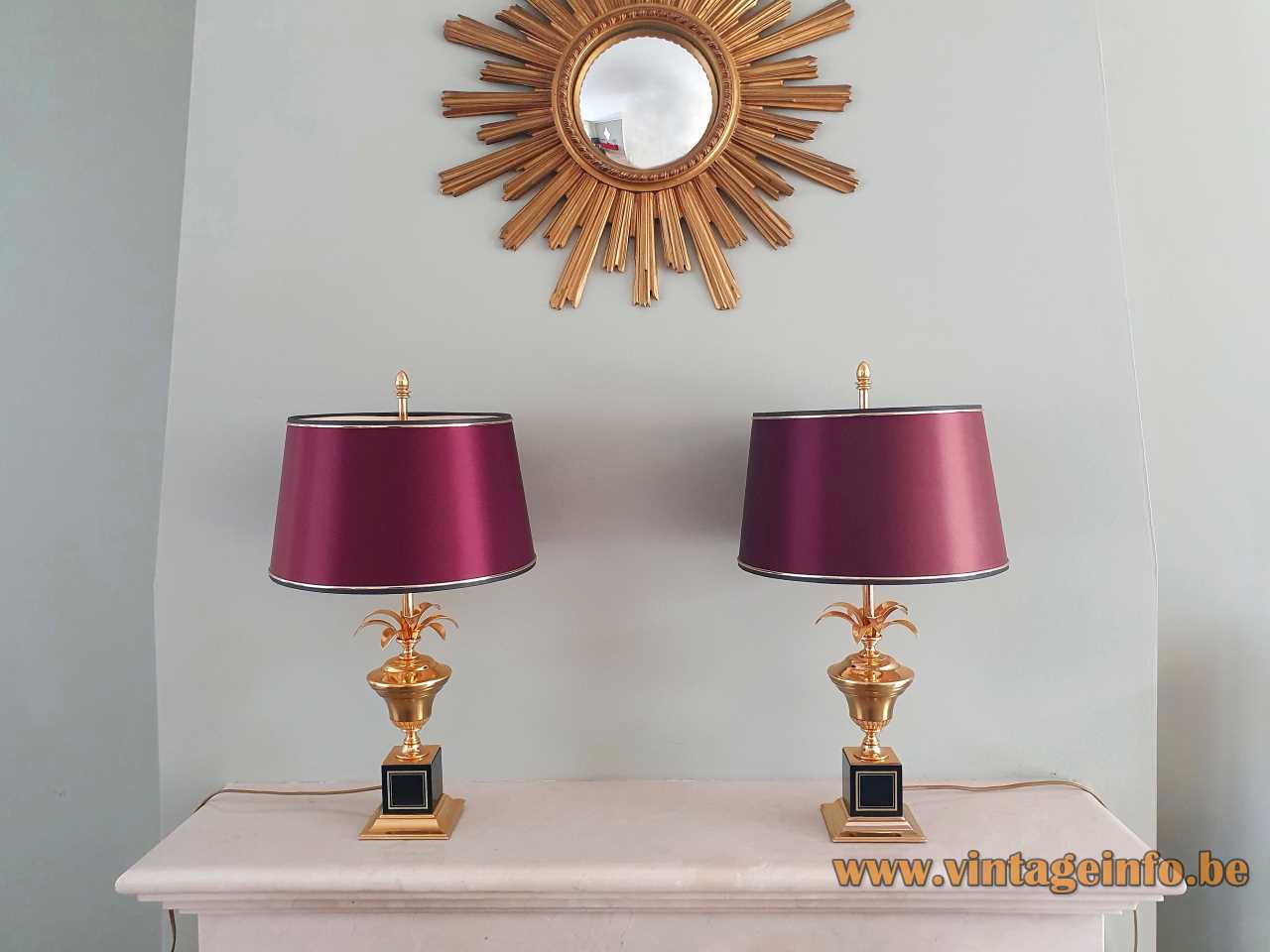 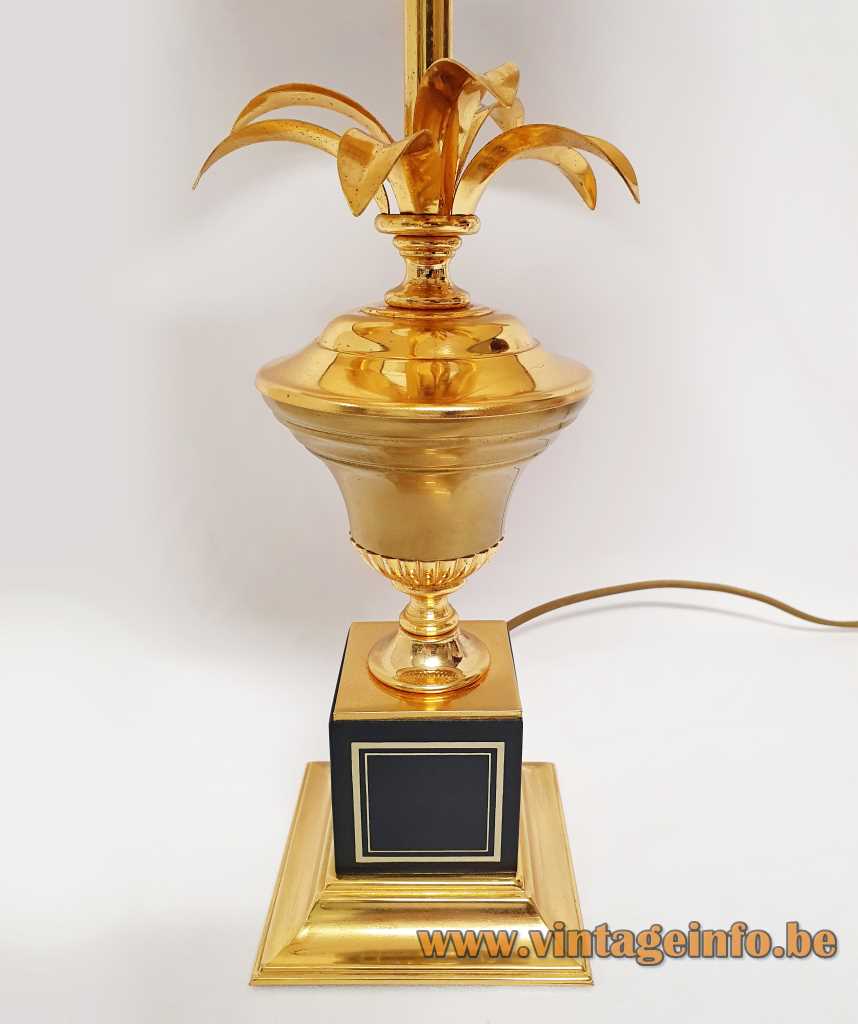 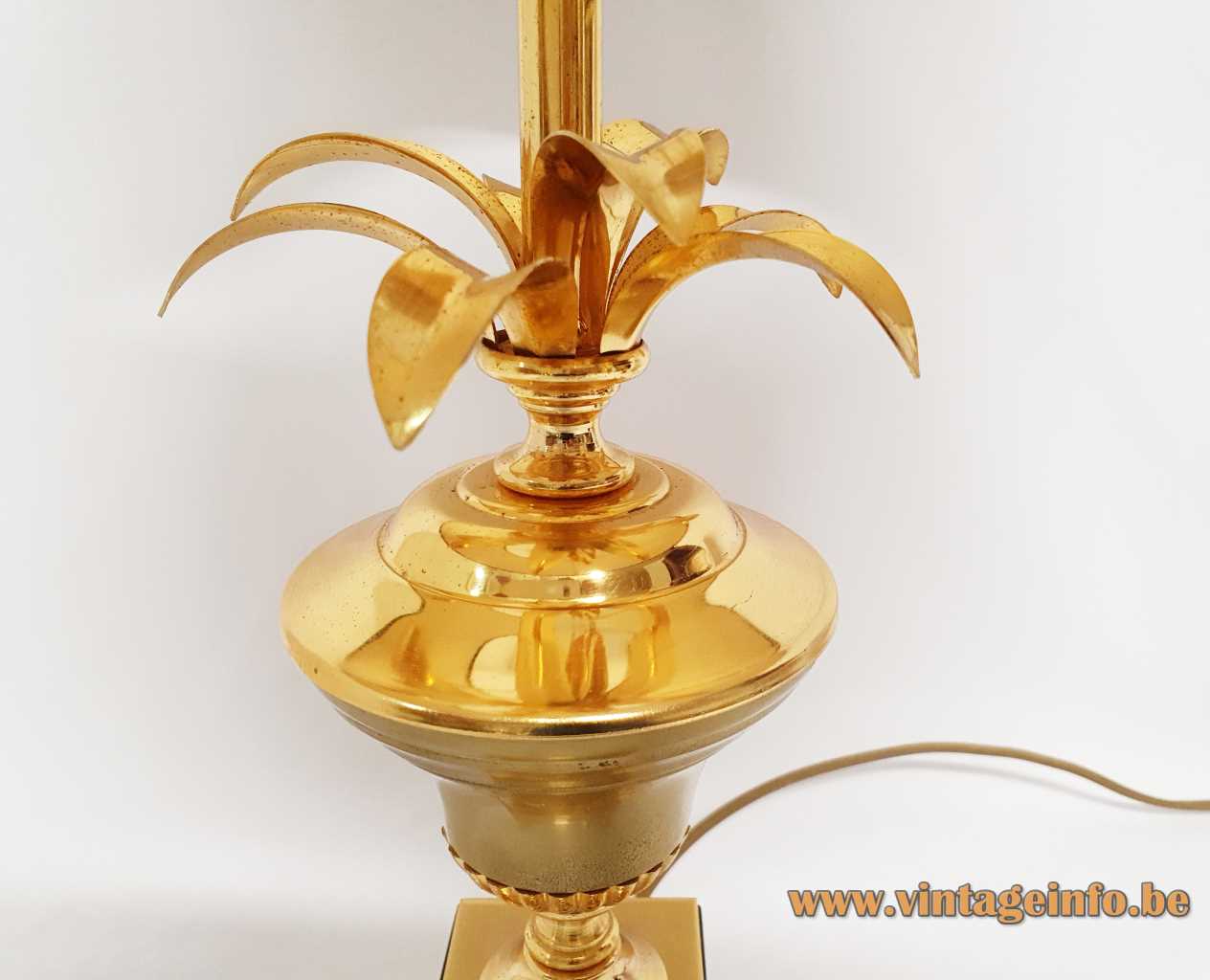 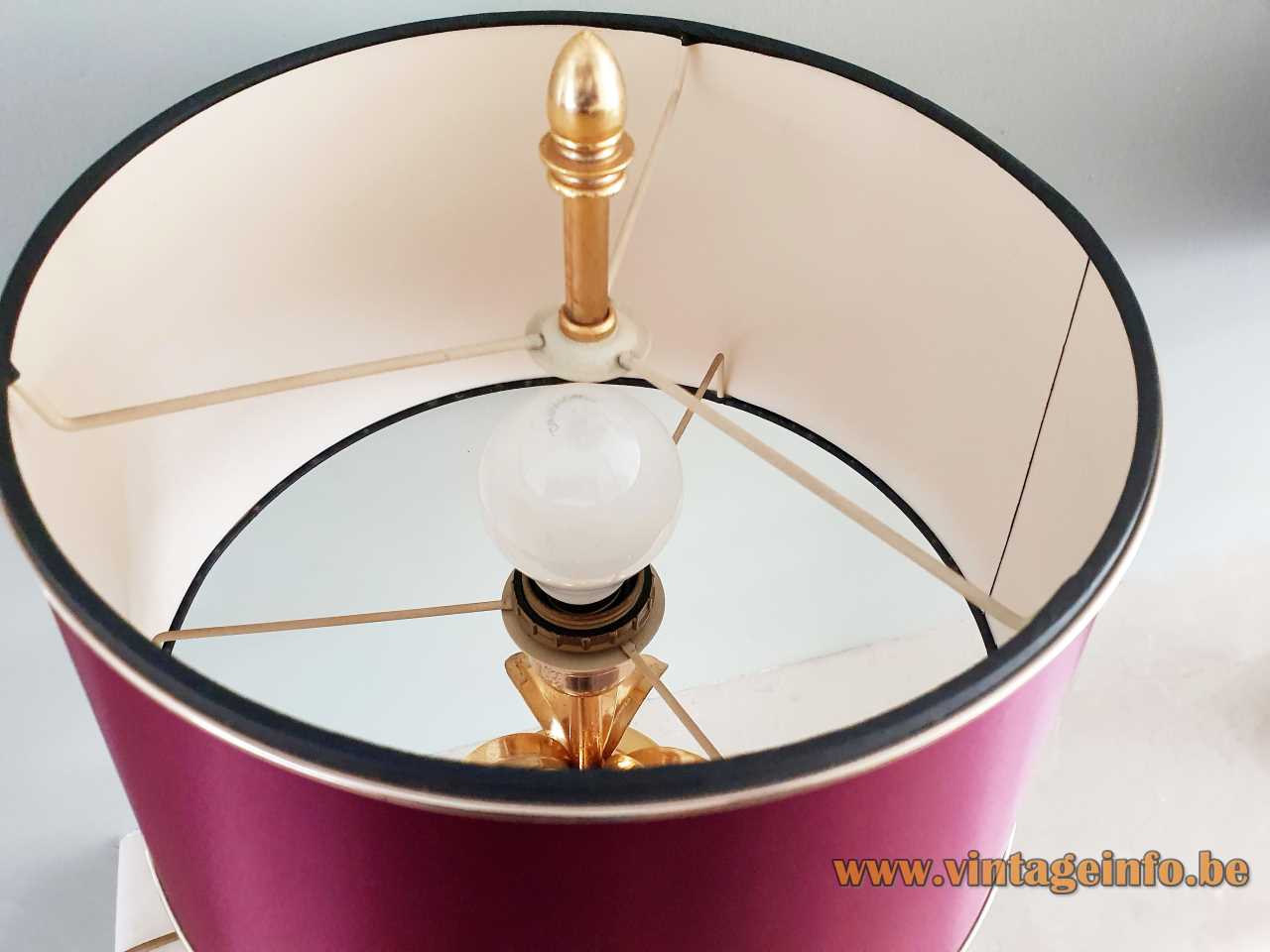 A Massive palm table lamp with a different base, but with the same leaves, was used as a prop in the 2017 Swedish crime drama TV series Hassel. Starring Ola Rapace, Aliette Opheim and Wilma Lidén. This scene is in a hotel in Brussels, Belgium. Series 1, episode 9. 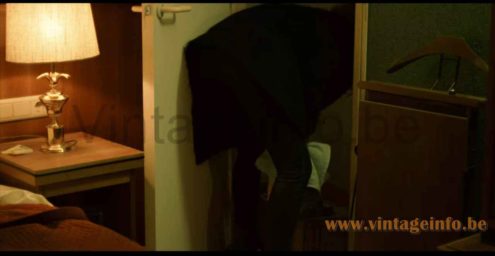 Designer: To be appraised, probably inspired by a lamp designed by Maison Charles, Paris: “Vase Roseaux” (reeds vase) and often sold as a Maison Charles or Maison Jansen lamp. The Maison Charles table lamps always have a stamp in the metal on the back of the base with the company’s name on. The Vase Roseaux is still in production, you can find it on the website of Maison Charles. Often presented as palm lamps or urn lamps.

Other versions: The company produced many models of this Massive palm table lamp over the years. Most of them have these “short” leaves. The leaves of lamps made by the other Belgian company S.A. Boulanger have long leaves. Other Massive palm  lamps can be found here and here. In production since the late 70s, this table lamp is from the 90s.

All the electric parts were made by VLM Components in the 1980s. The company was founded in 1945 in Buccinasco, a small village near Milan, Italy. The company became famous for the switches they produce since 1968, designed by Achille Castiglioni.
VLM is part of the Relco Group, founded in 1967. Today they are the owners of the brands Relco, Leuci, Relco Lighting, VLM Components and Segno.

And another palm leaves table lamp