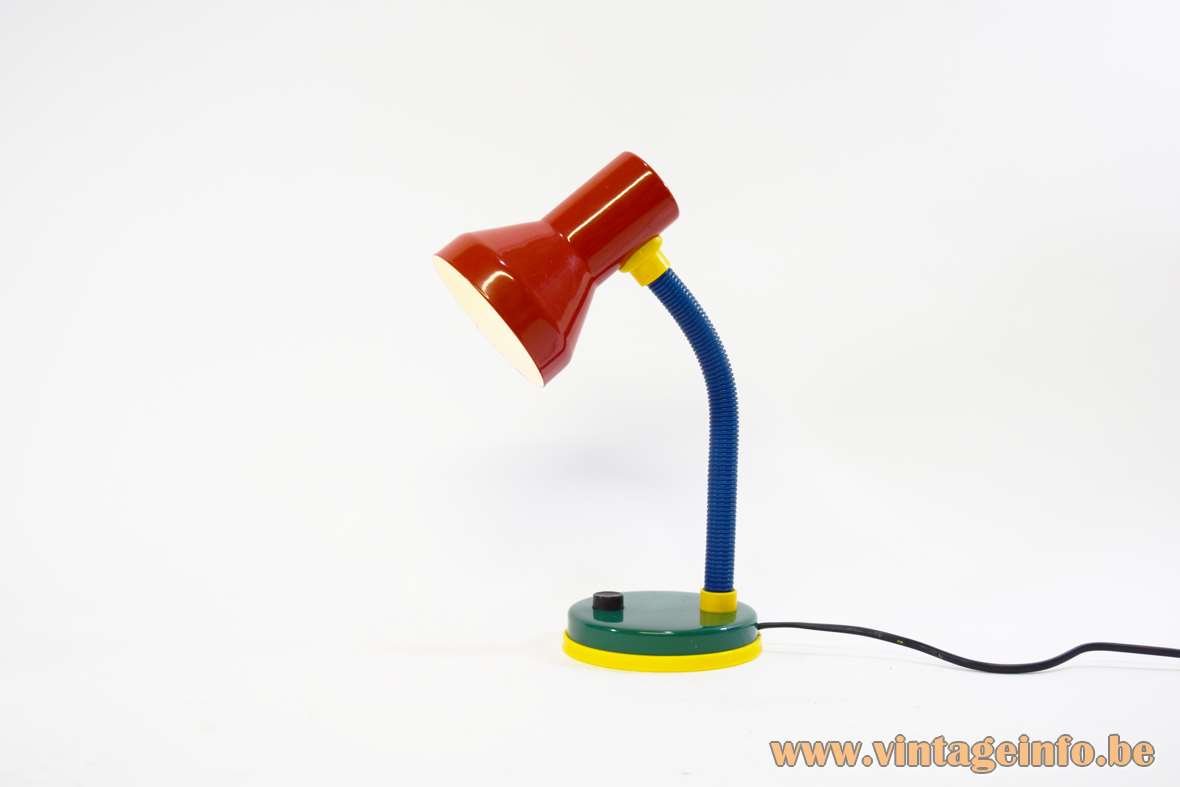 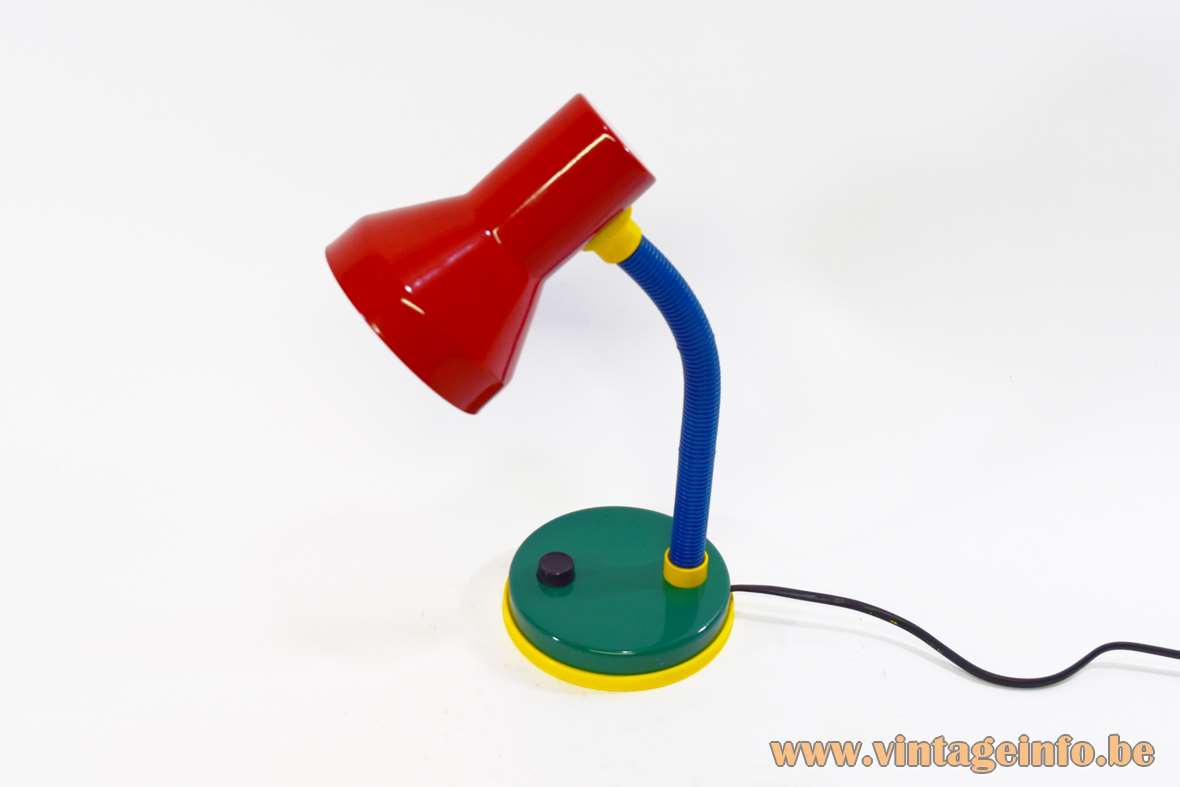 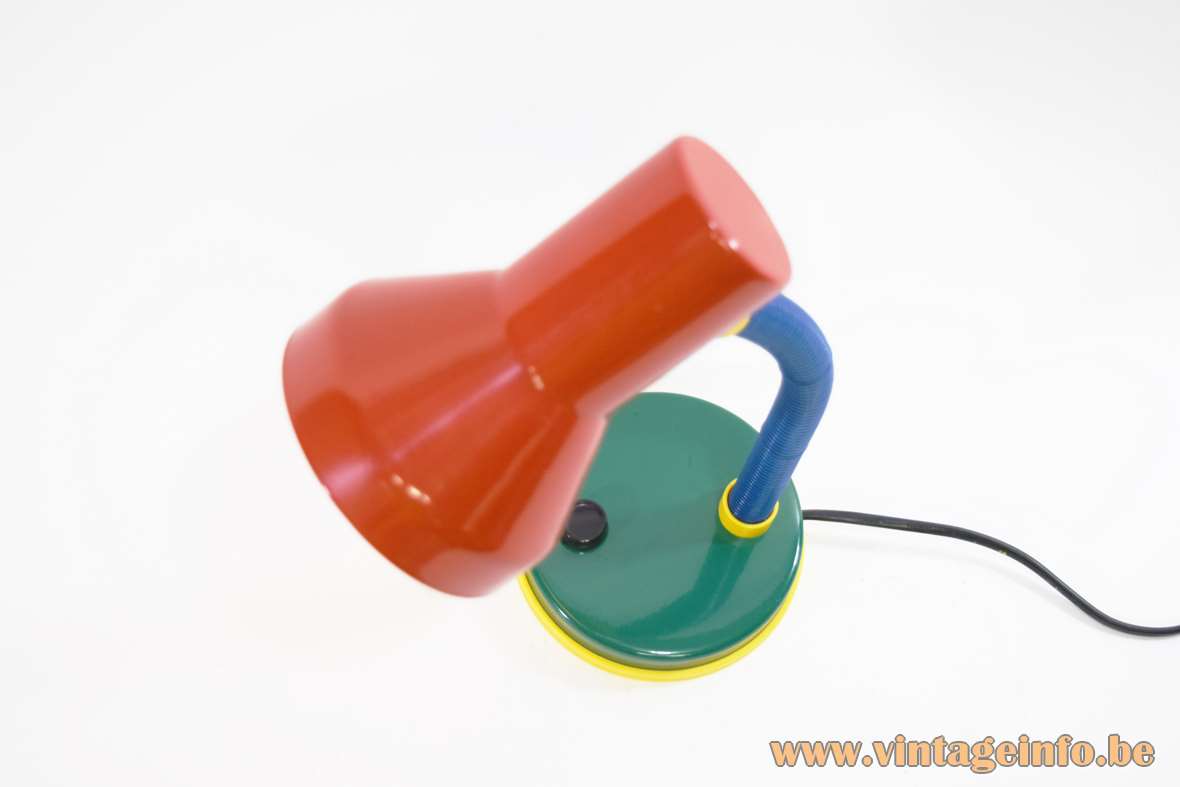 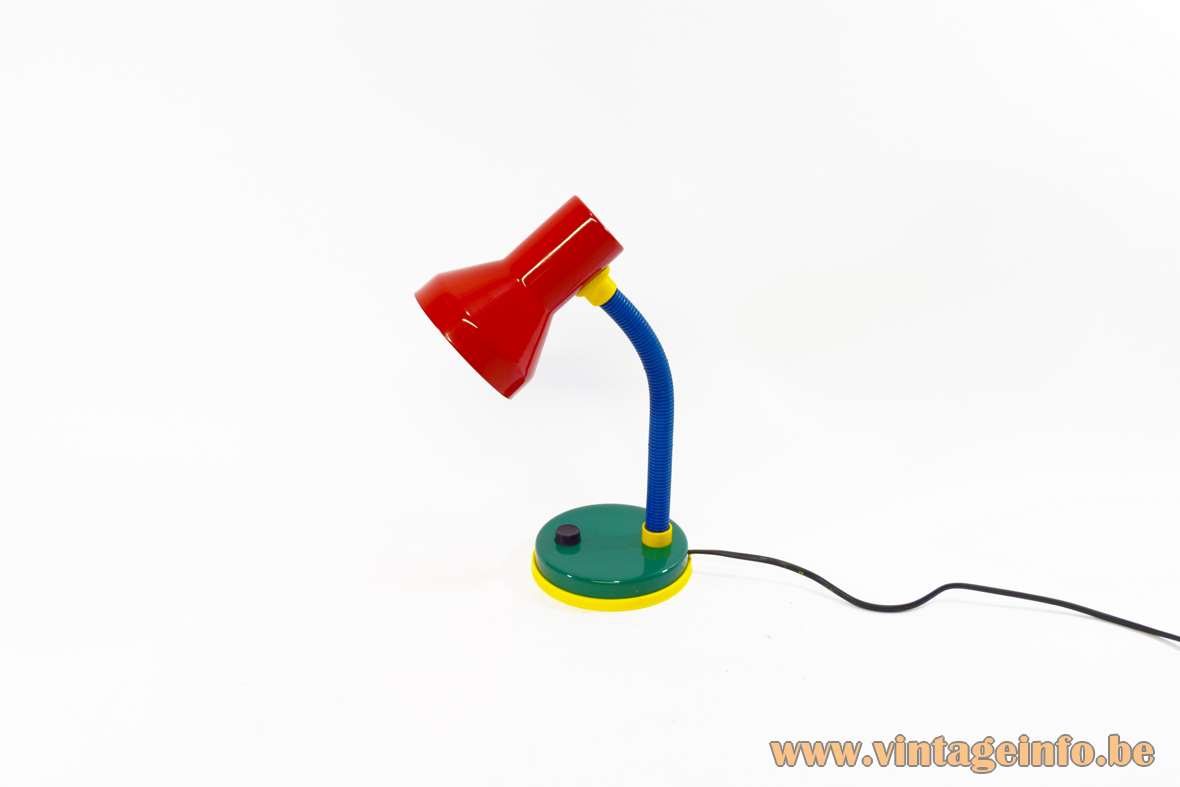 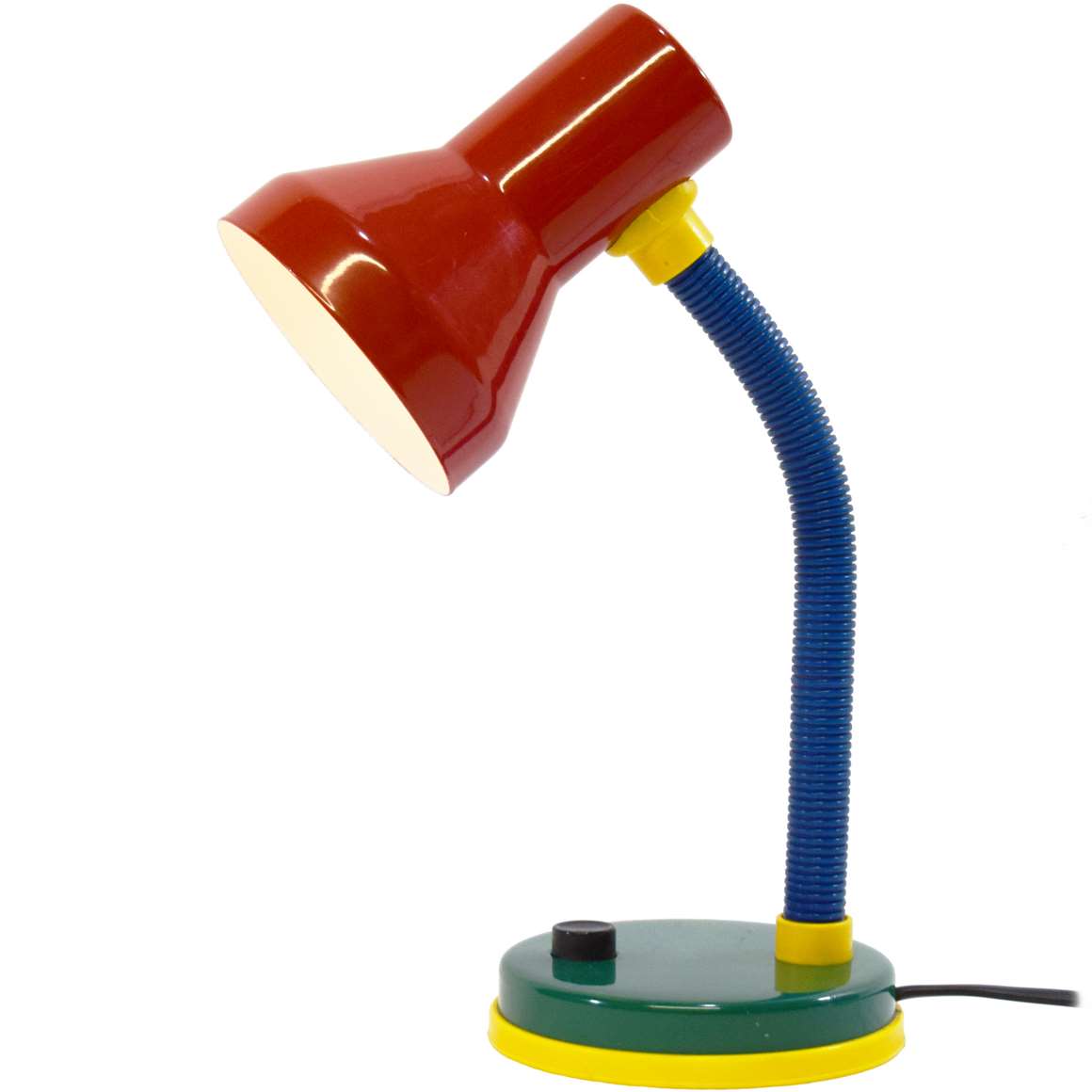 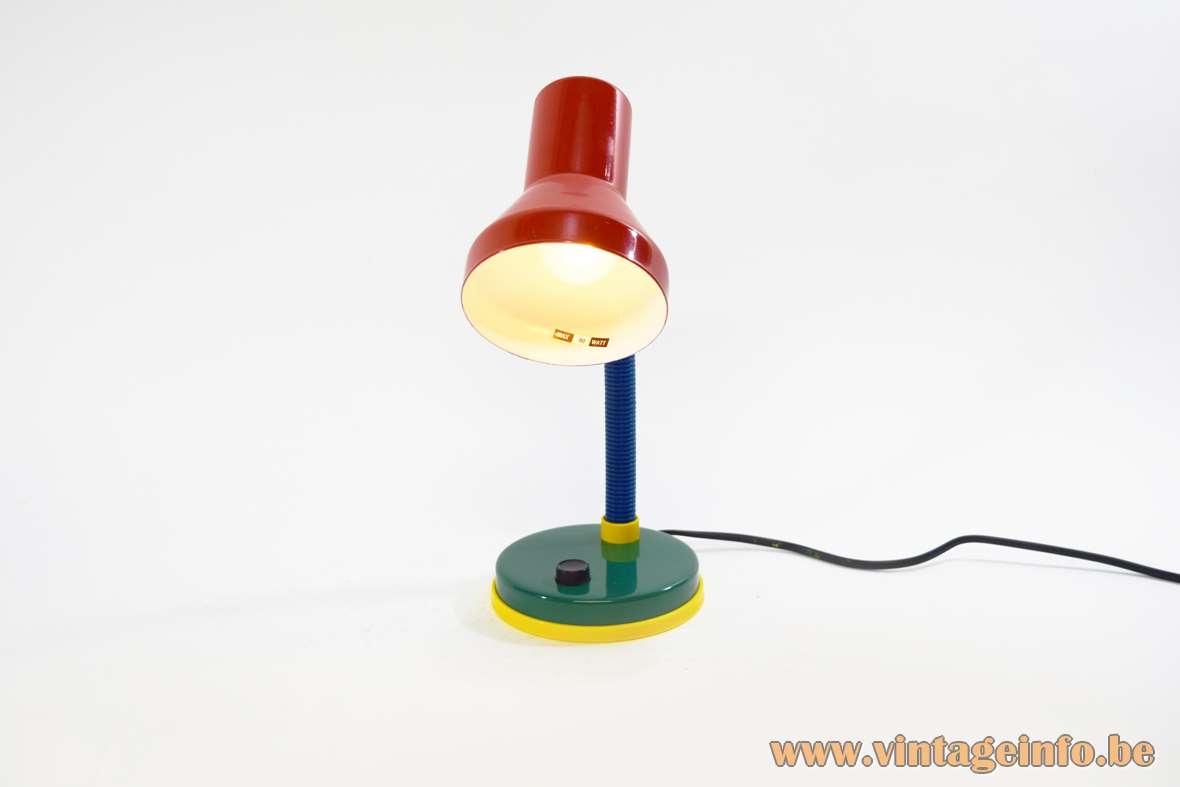 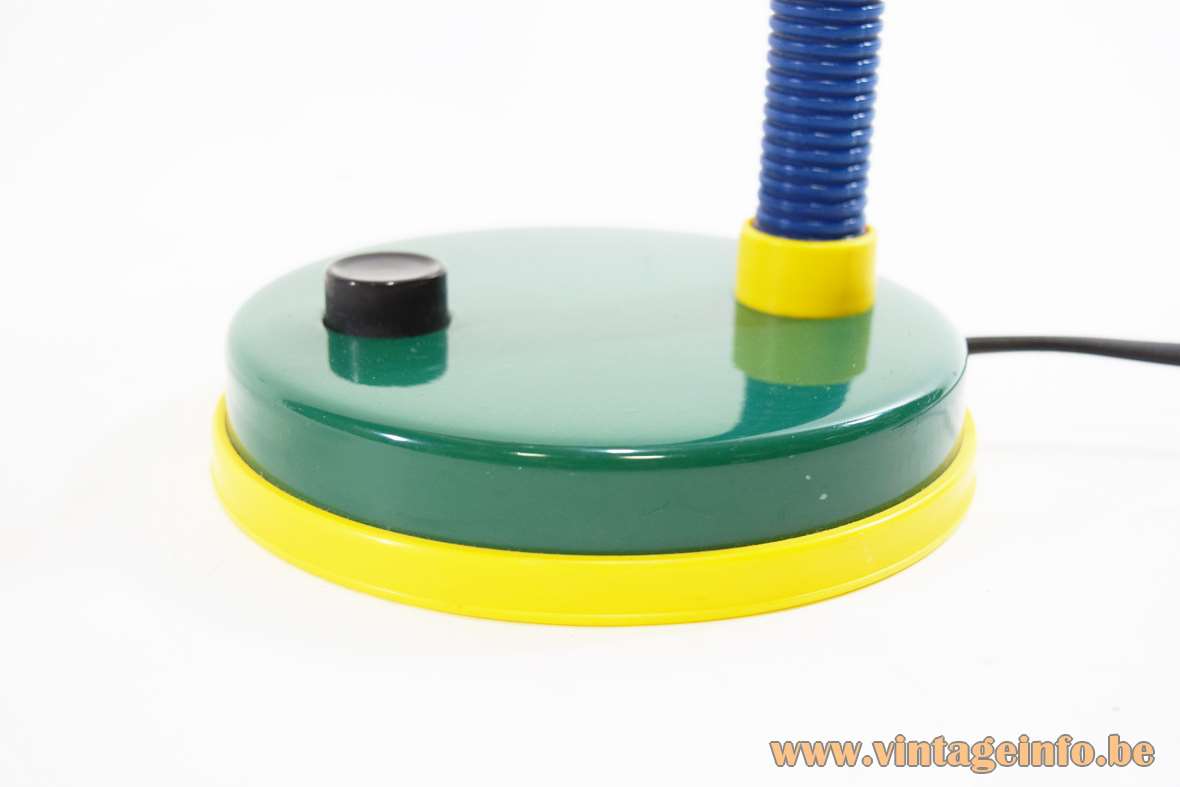 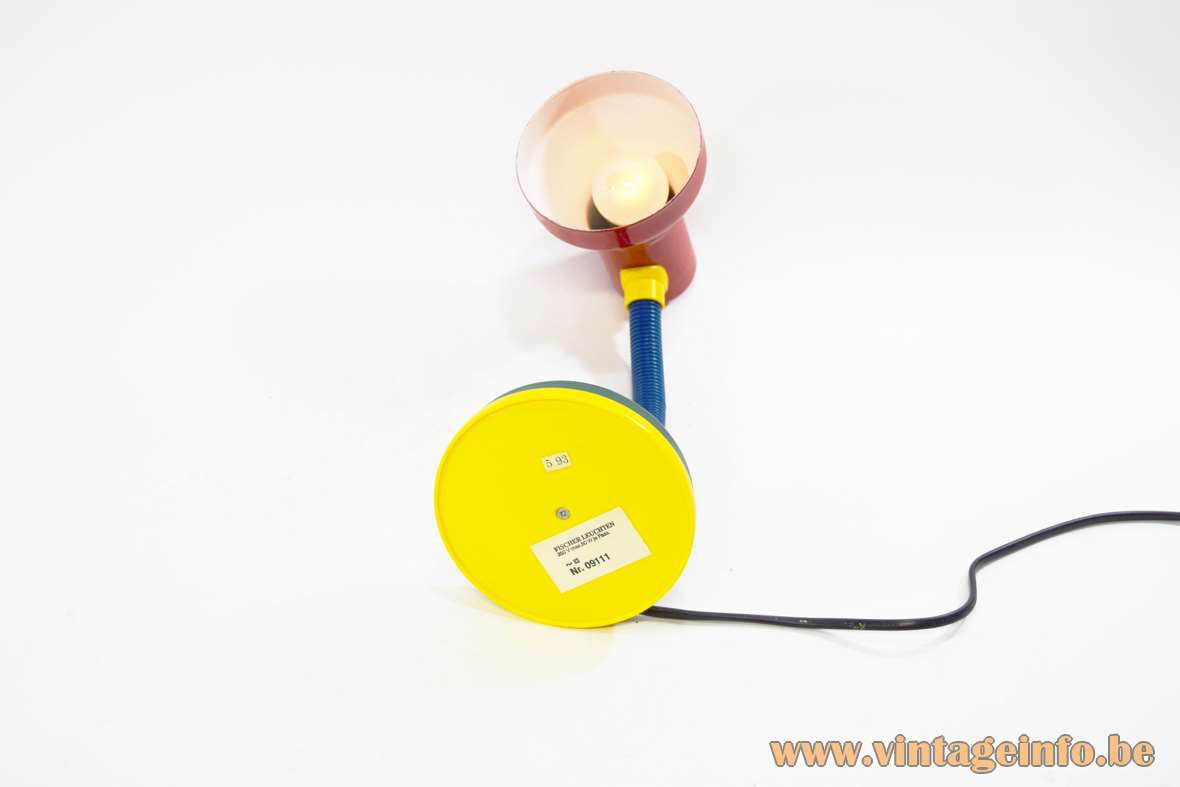 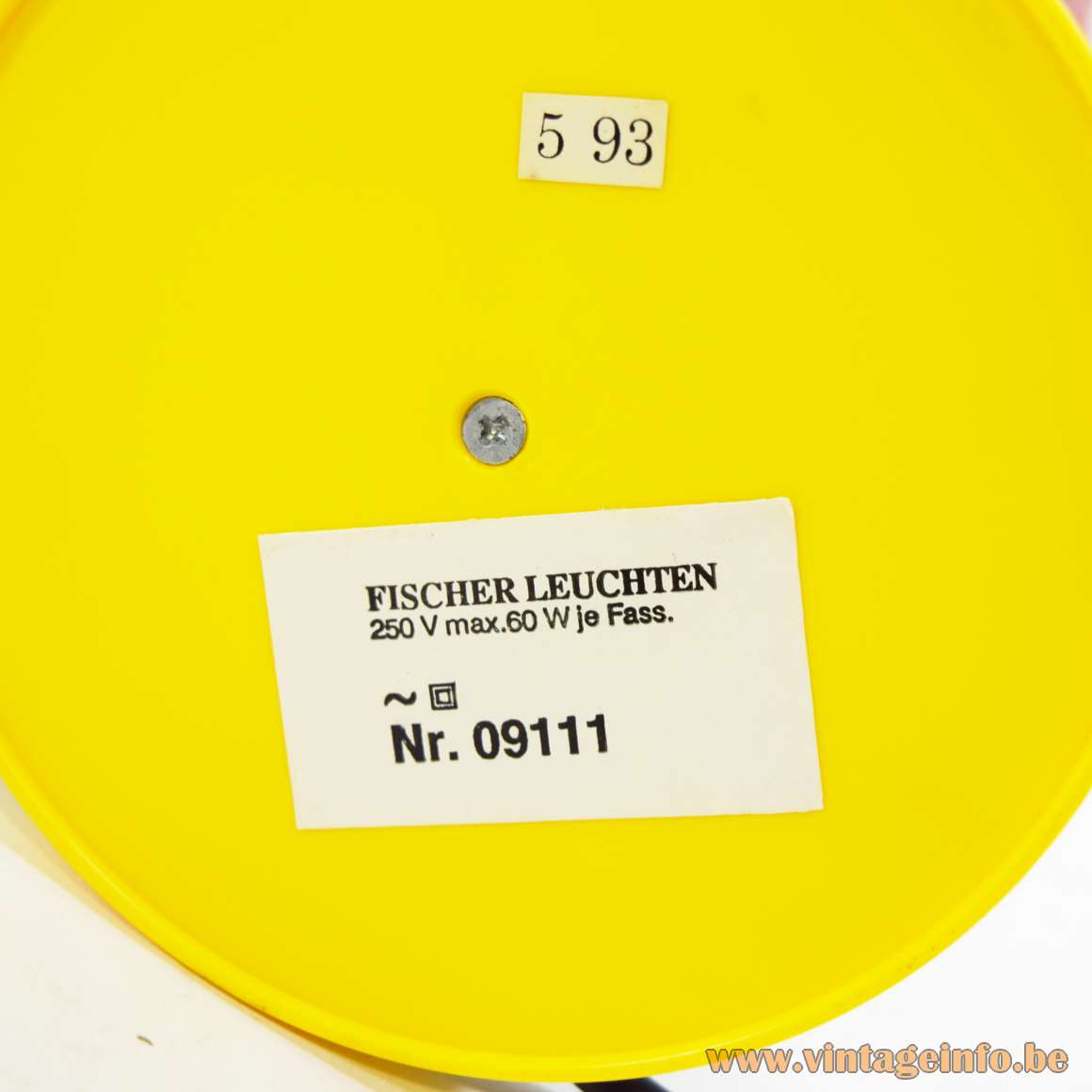 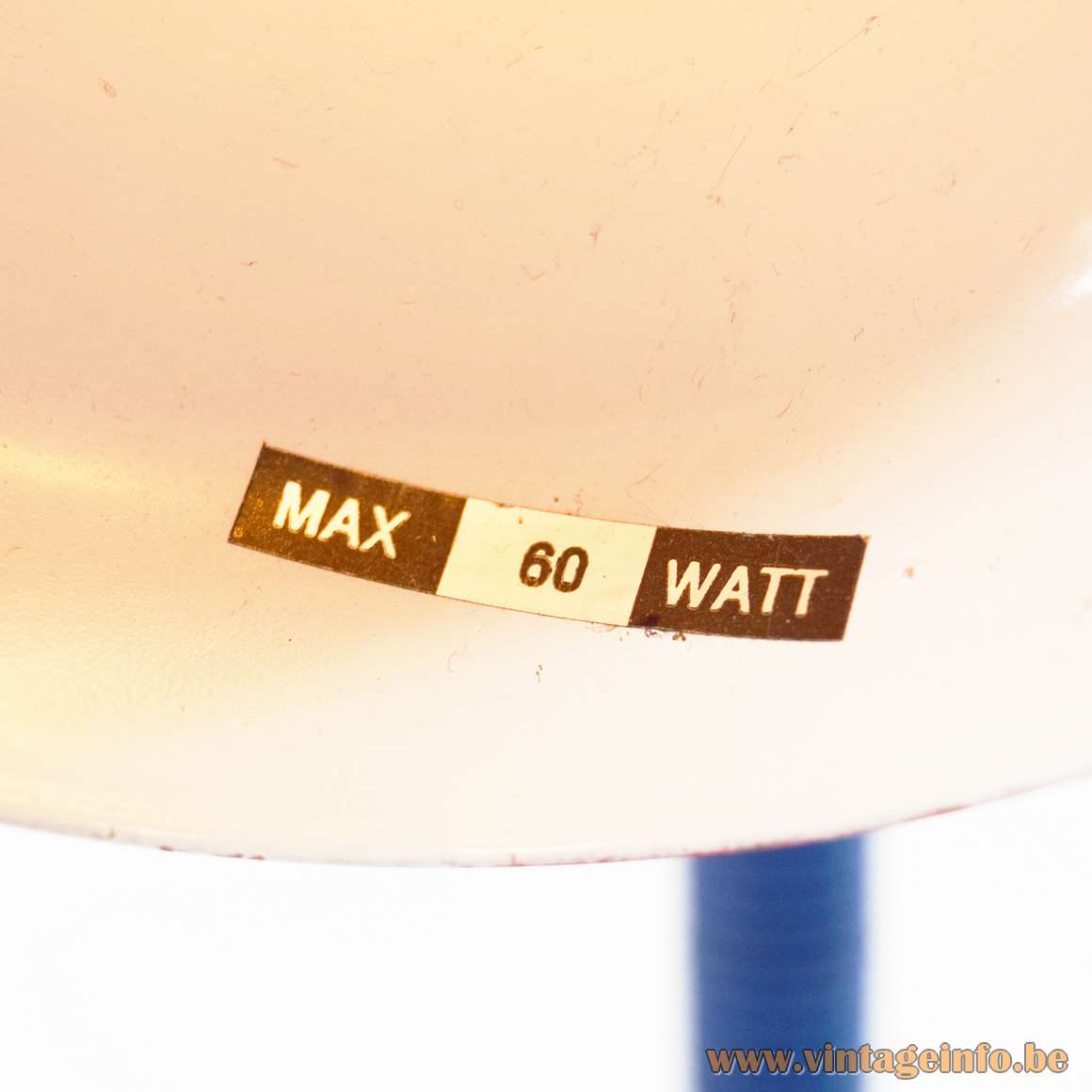 The town of Sundern – Wikipedia

Light blue and black version of this lamp by Veneta Lumi

Other versions: This Fischer Leuchten desk lamp was produced in many colours and sold by several companies. A similar desk lamp with a label of the Italian company Veneta Lumi can be found here on Vintageinfo.

Fischer Leuchten was founded in 1951 by Aloys Fischer in Sundern, in North Rhine-Westphalia, Germany. Johannes Schulte joined the company as a full partner in 1953. In 1972 the enterprise moved to another building in the same town. In 1993 Johannes Schulte junior and in 1995 Alois Fischer junior joined the company. Today the firm is located in Arnsberg, some 15 km (9 miles) from Sundern. Recently (2019), the company merged with Honsel Leuchten to form Fischer & Honsel GmbH.

This Fischer Leuchten desk lamp recalls the primary colours used by artists such as the Dutch Piet Mondriaan and Gerrit Rietveld.

Fisher Leuchten also produced this lamp for other brands, such as IKEA, Veneta Lumi and Massive from Belgium. IKEA named it Manick, as you can see in the catalogue picture. It only appeared in the 1993 catalogue. 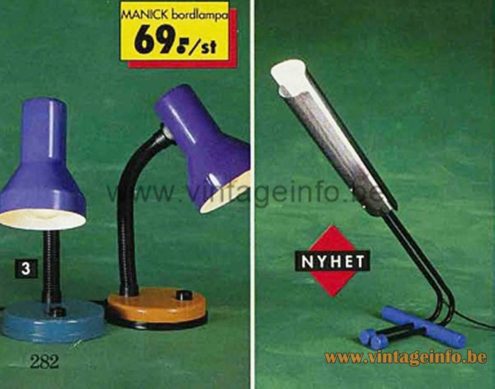