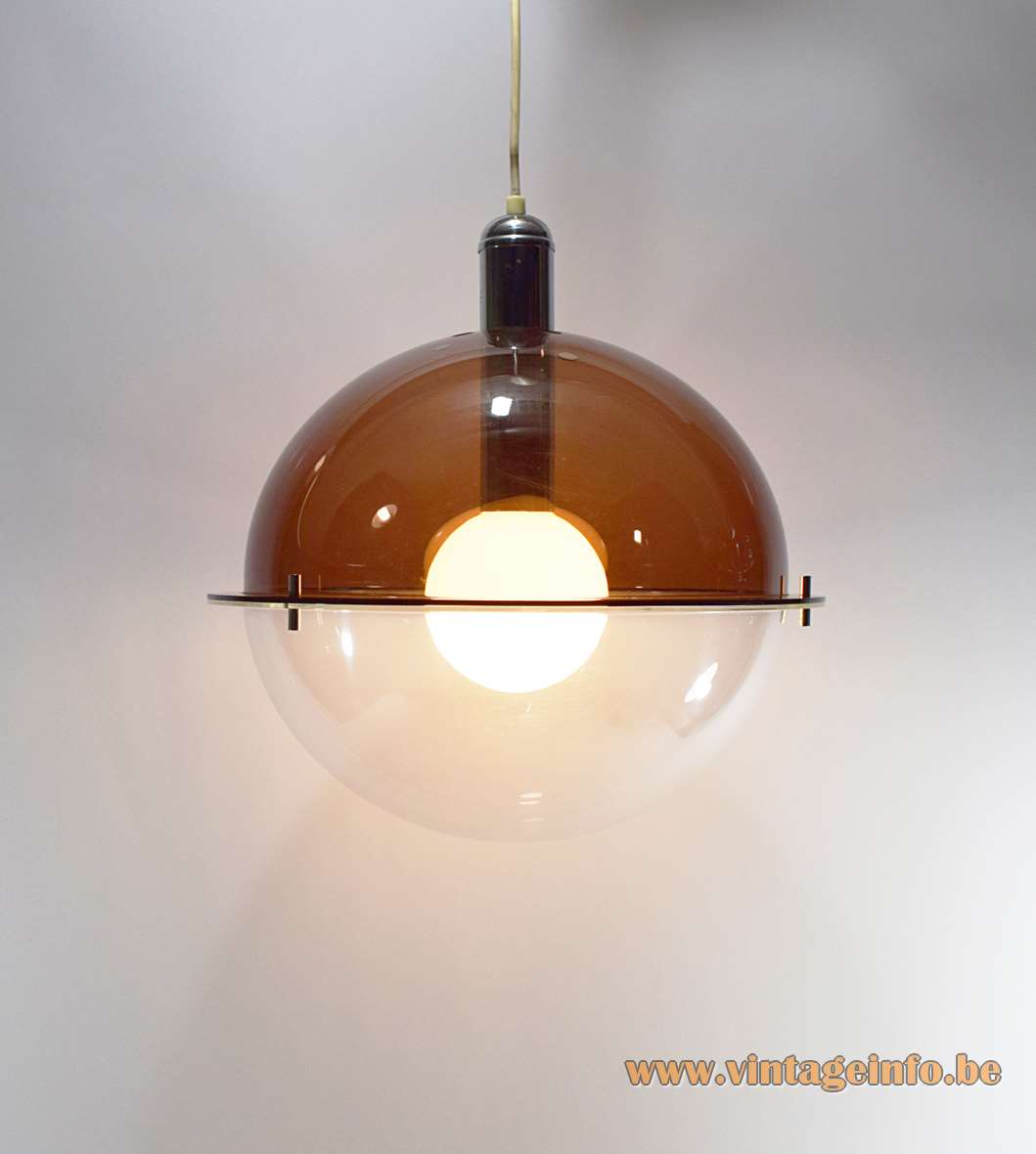 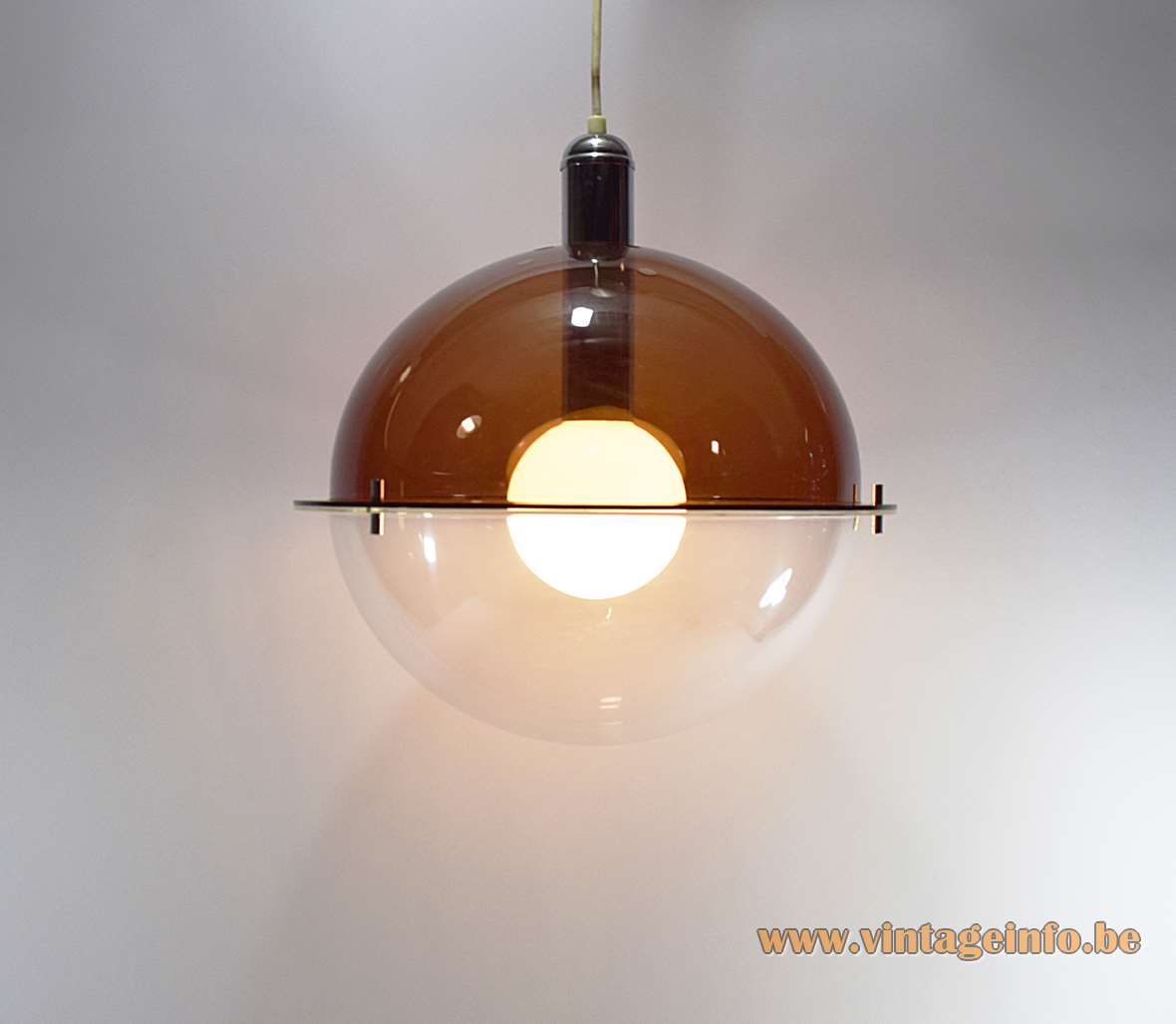 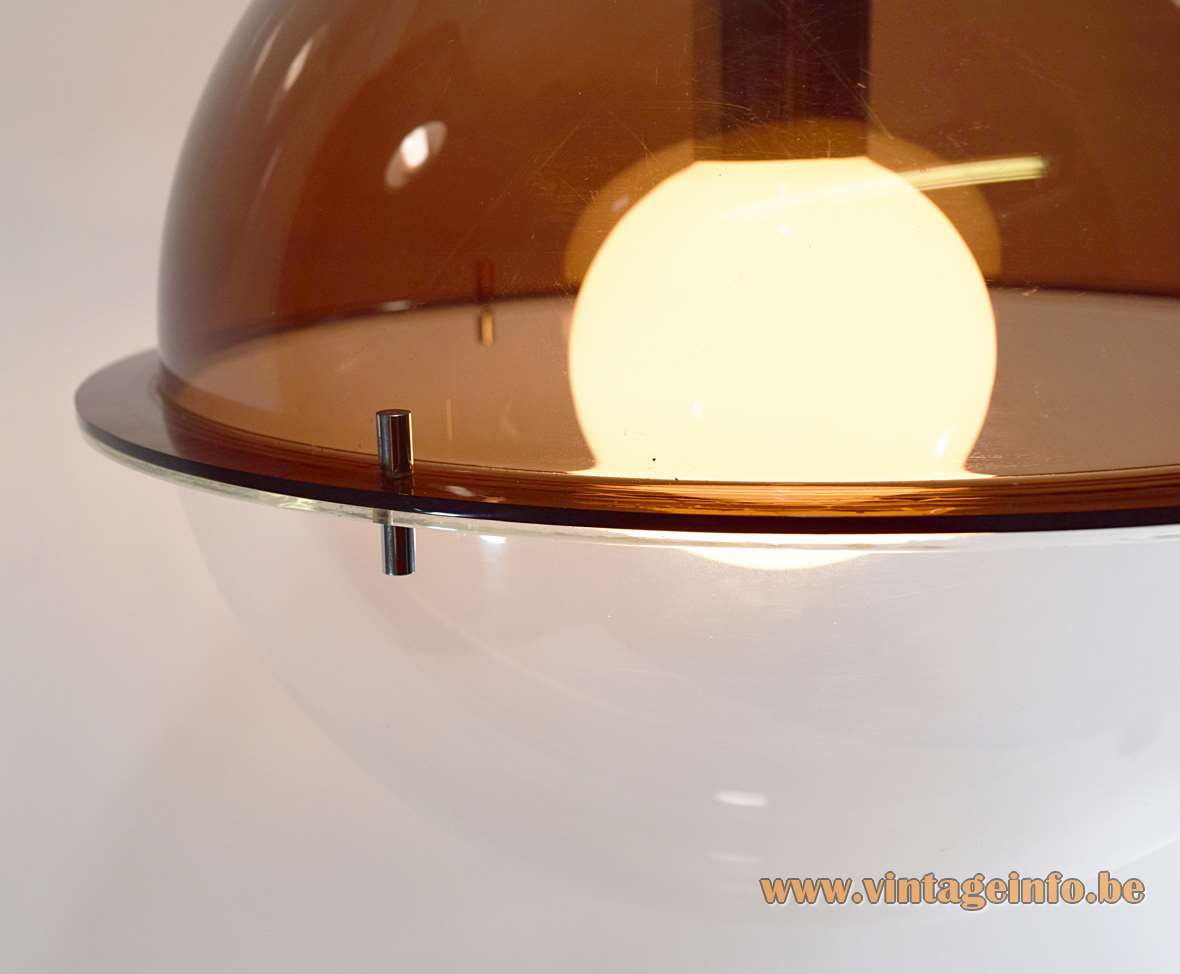 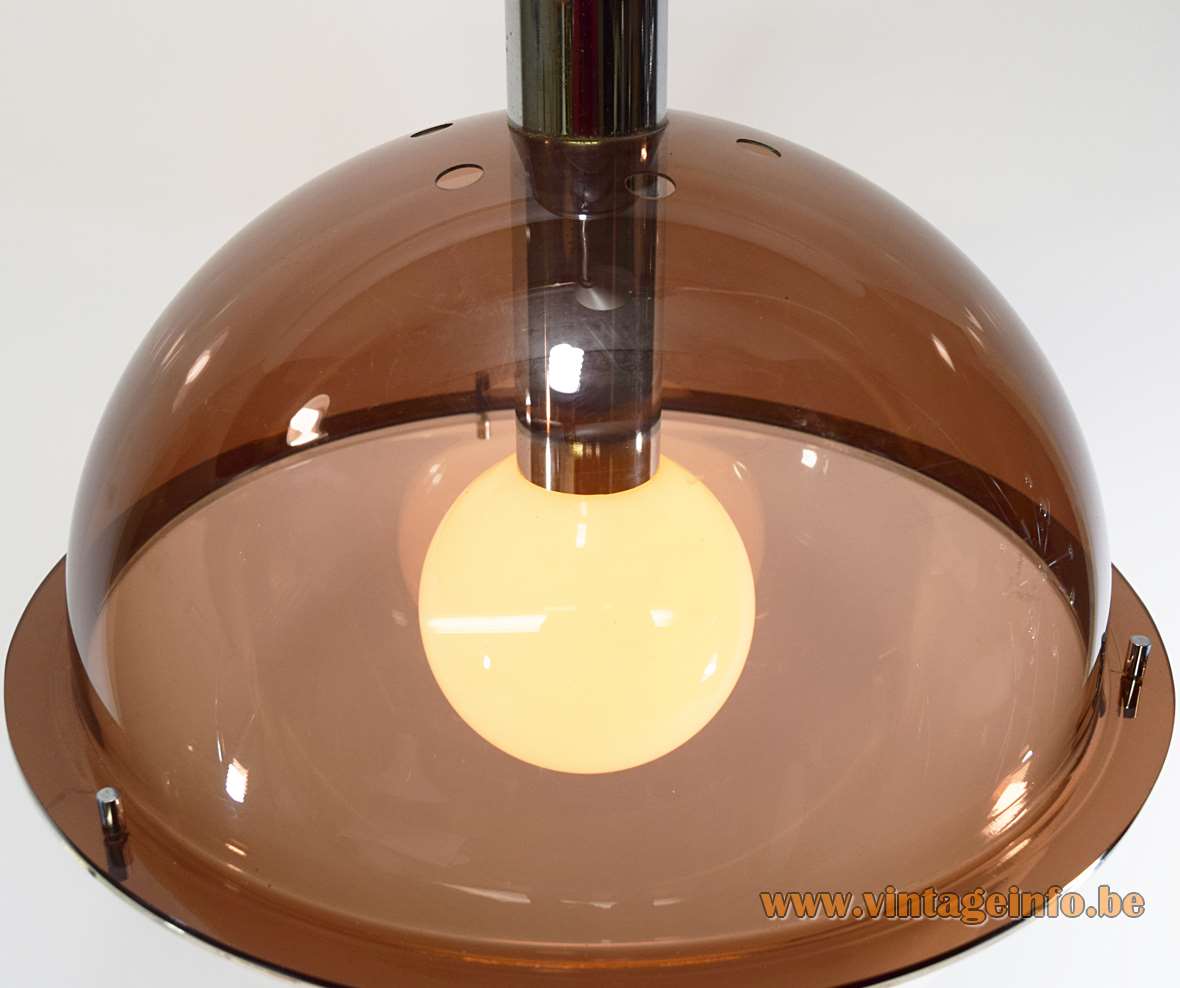 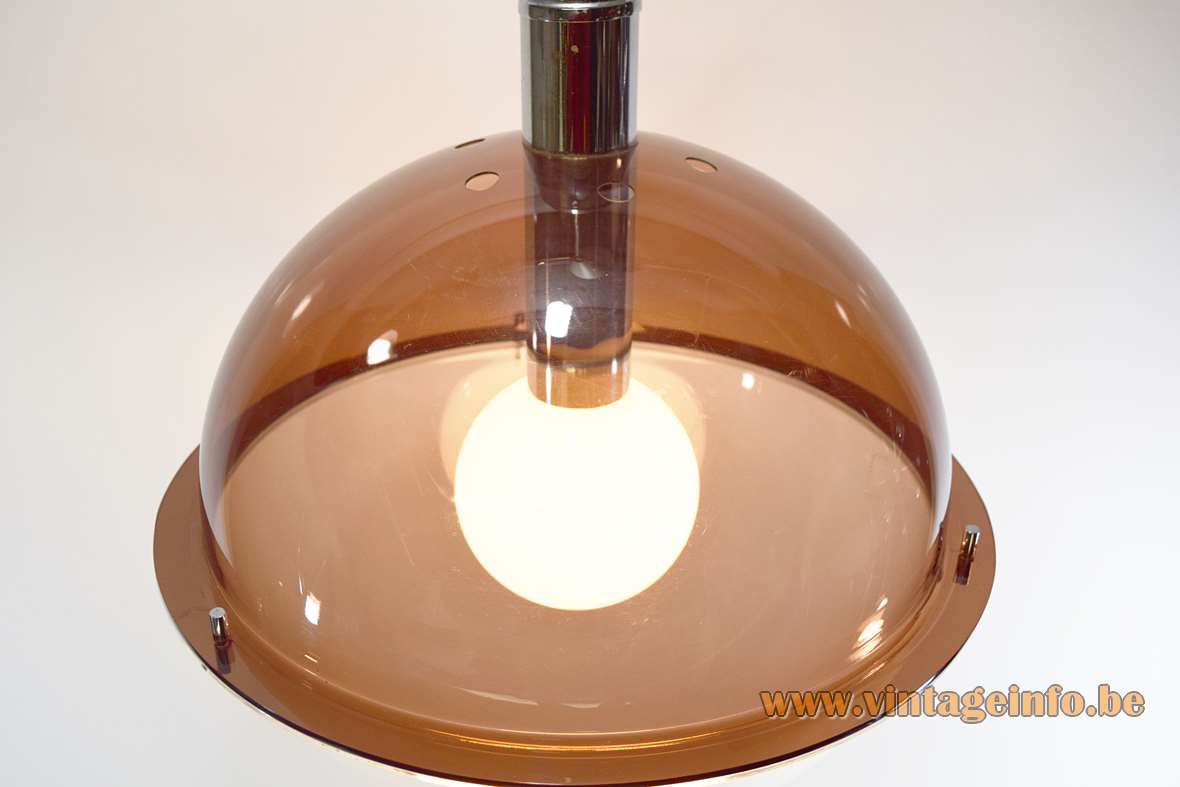 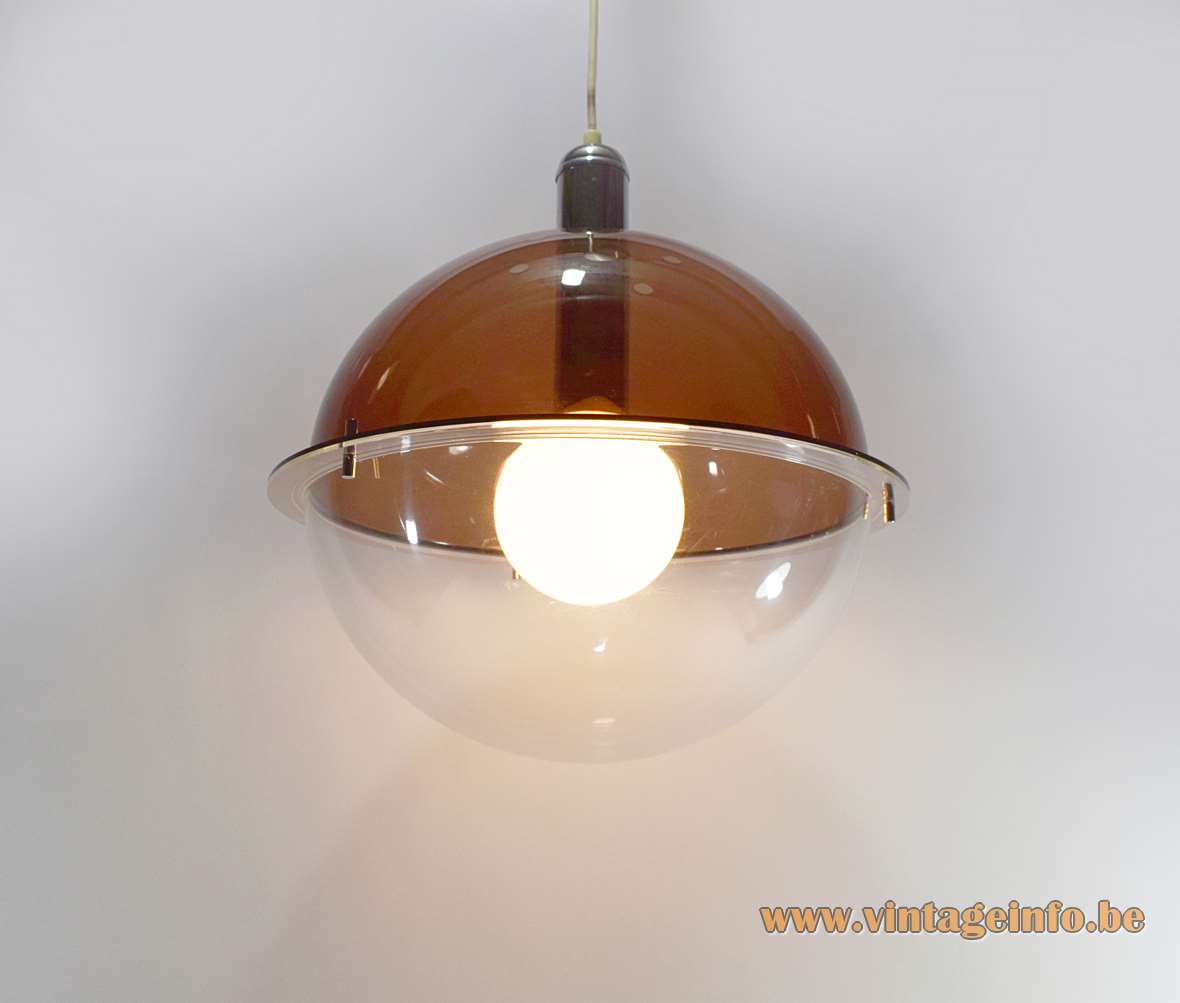 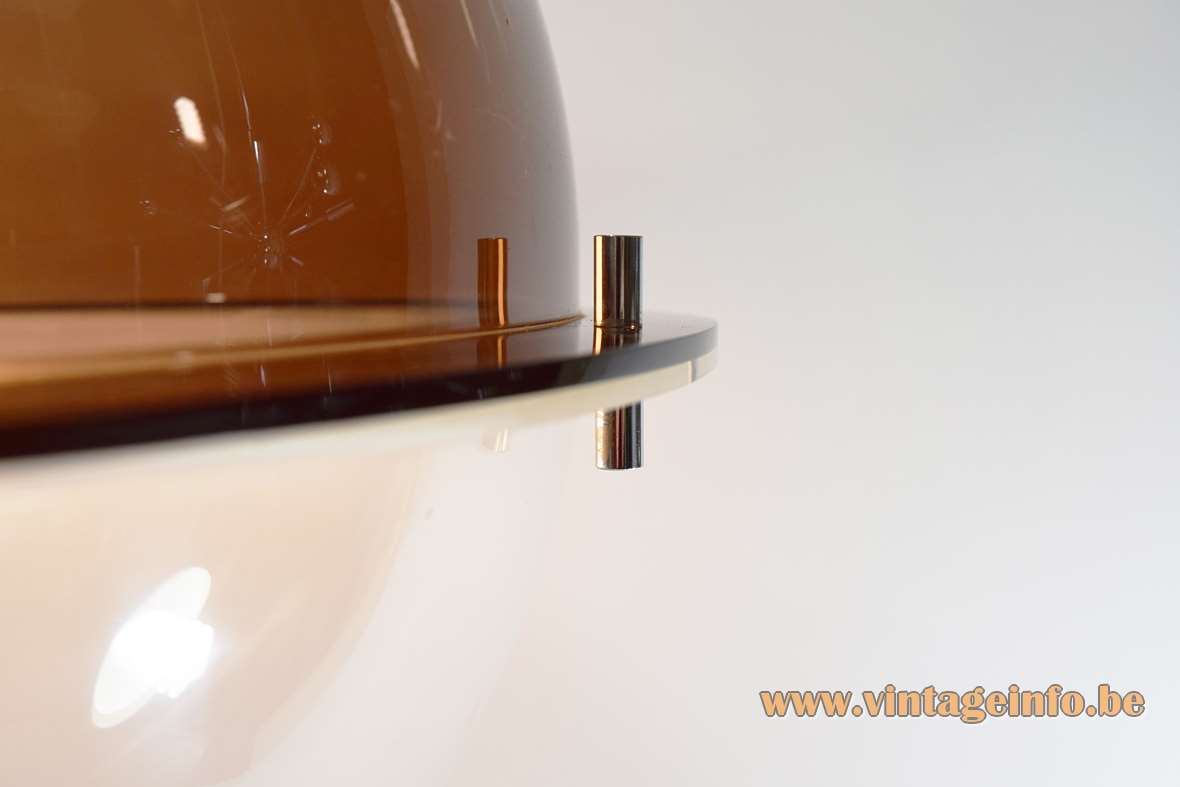 Other versions: This acrylic globe pendant lamp exists in several other colours. It was also made in green, complete smoked brown, complete translucent and so on.

Often attributed to Harvey Guzzini. Harvey Guzzini produced many types of acrylic lamps, but not this one. Tapio Wirkkala, the famous designer from Finland designed a very similar lamp in the 1950s, but is made in glass.

Another acrylic globe lamp by Massive