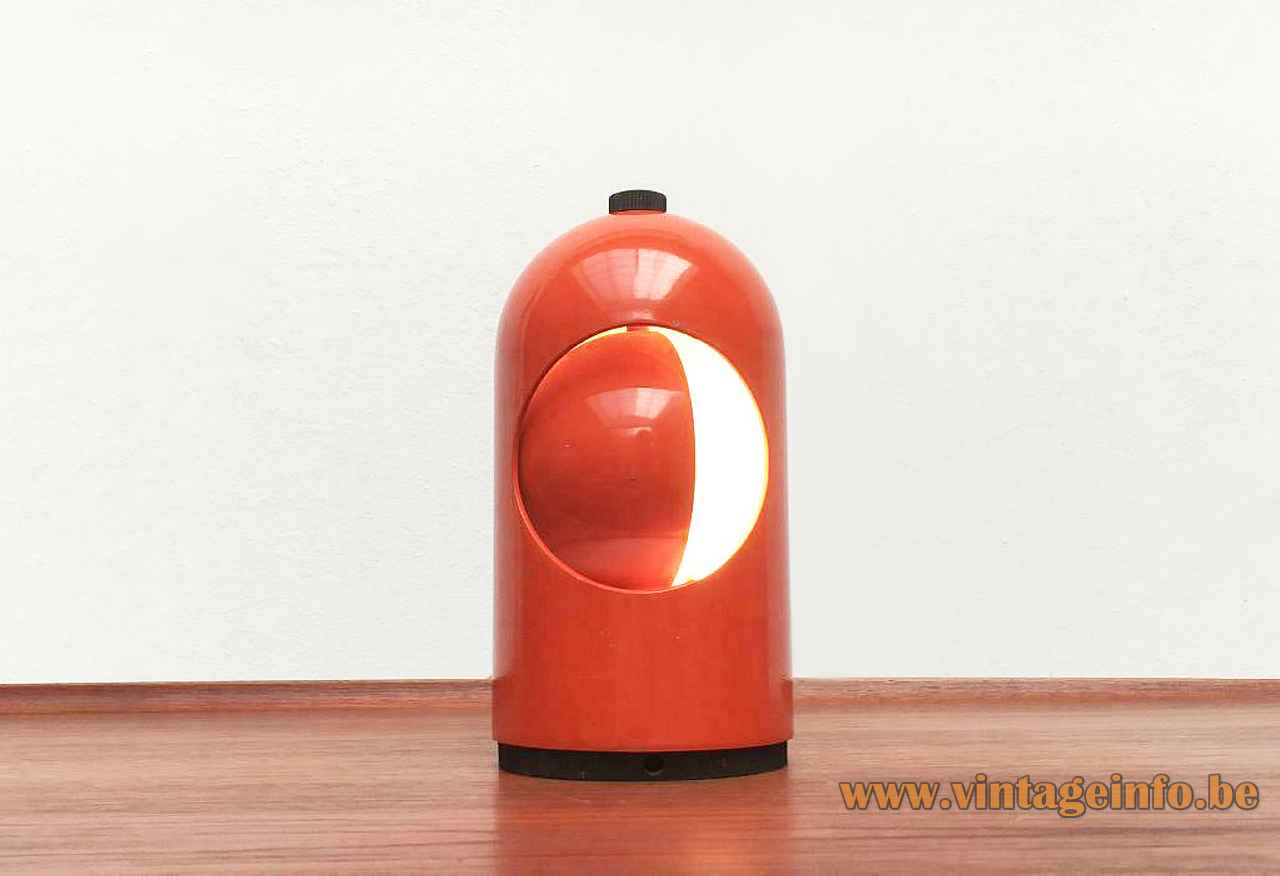 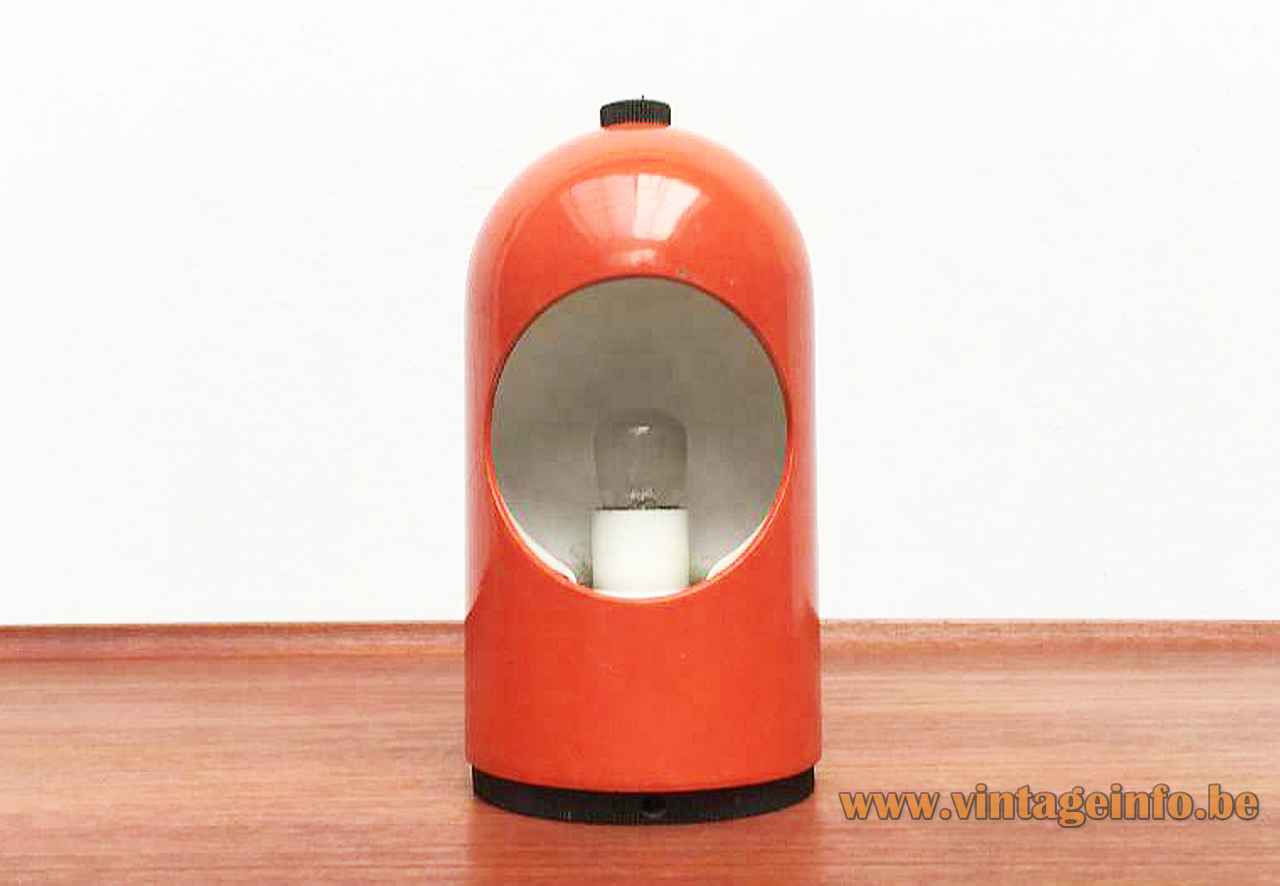 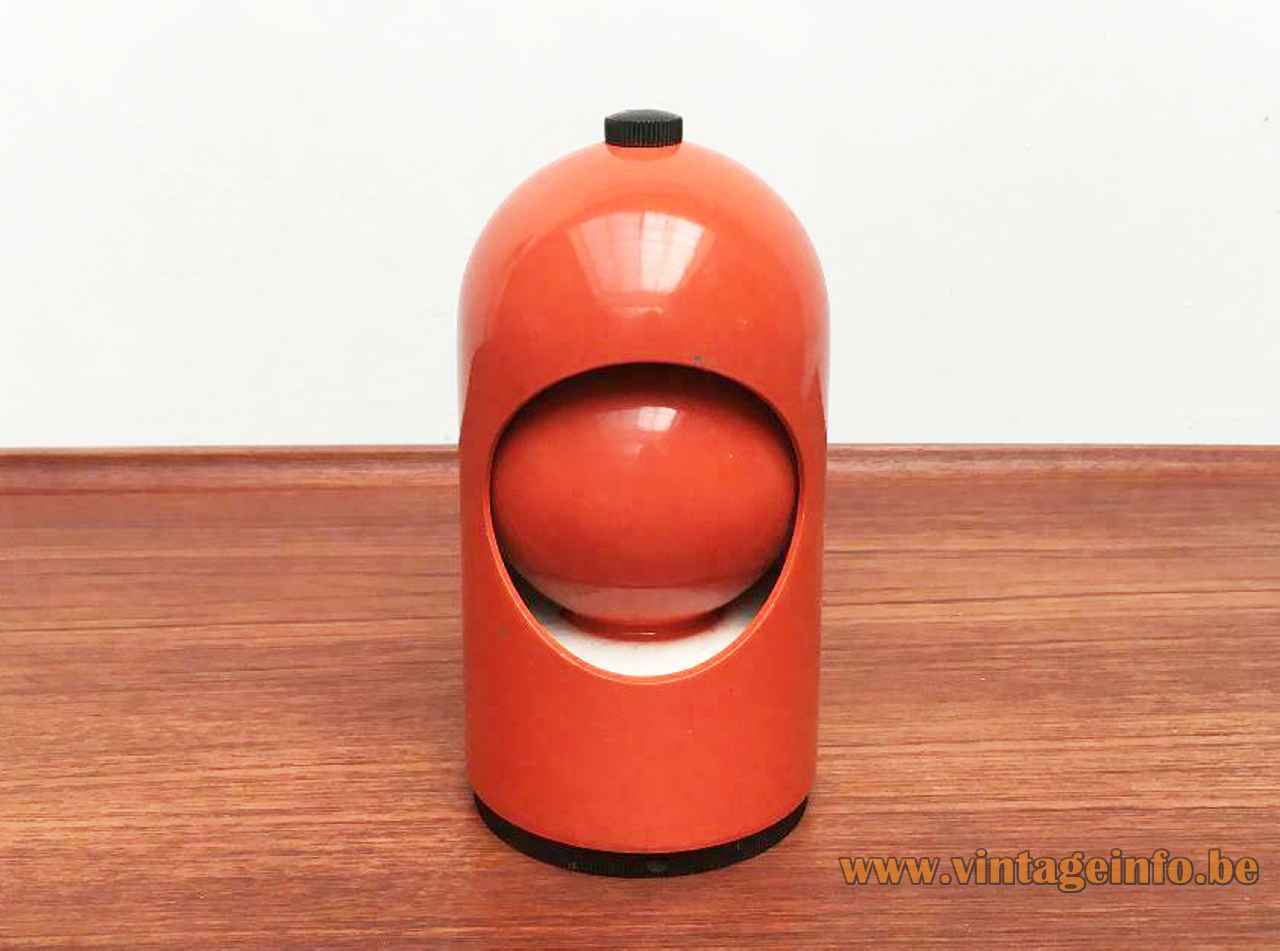 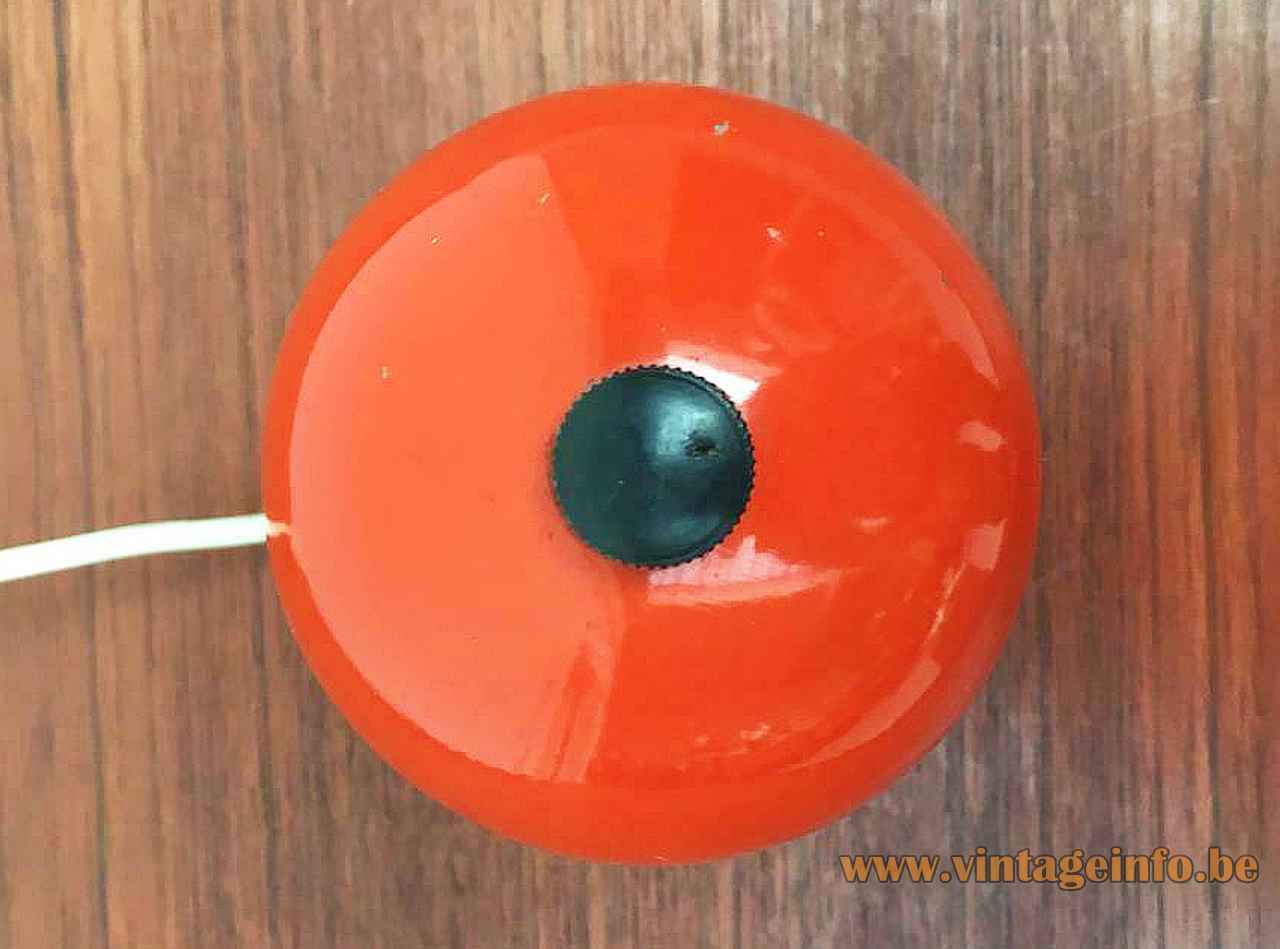 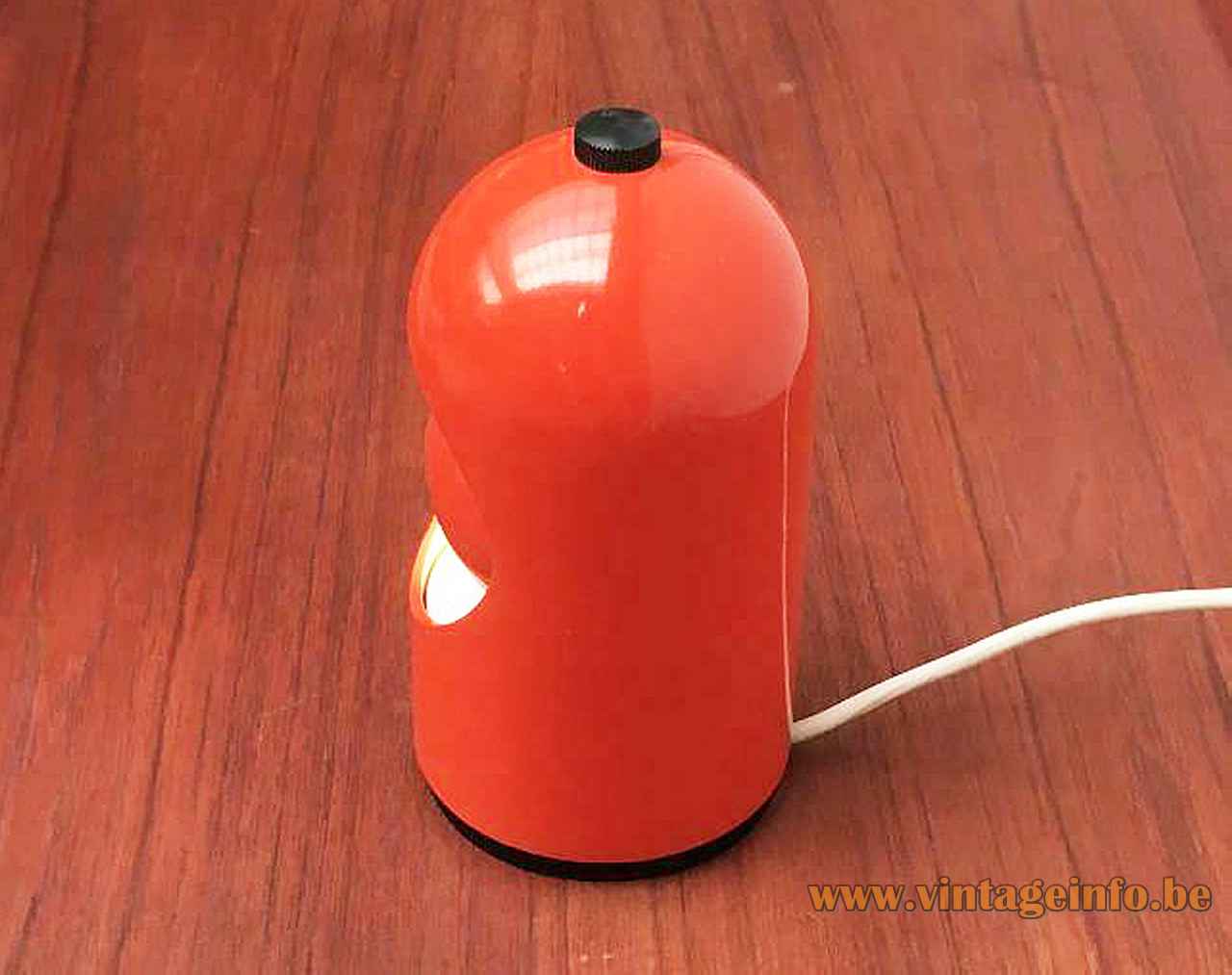 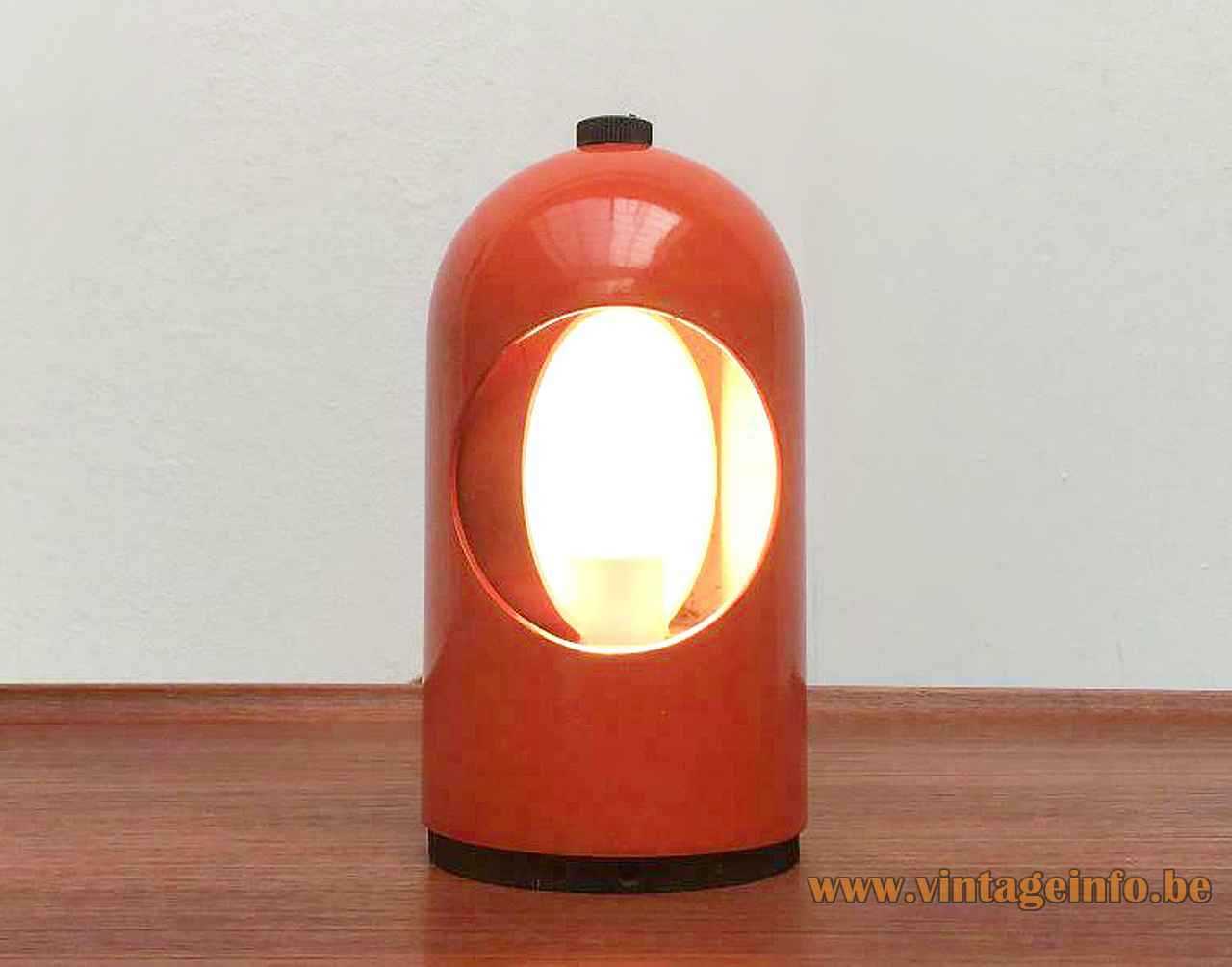 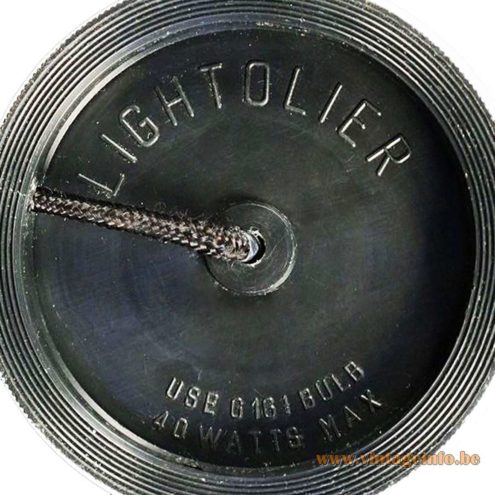 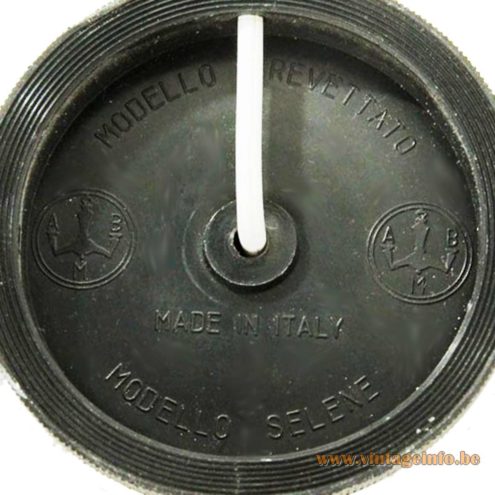 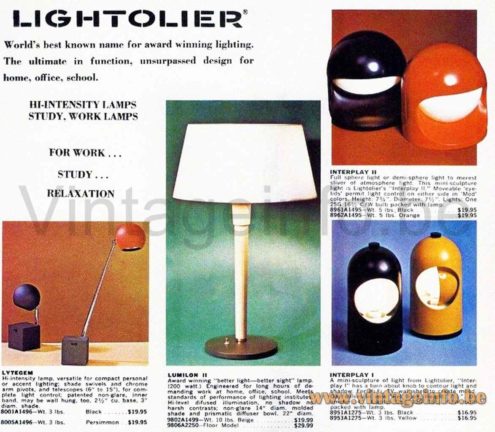 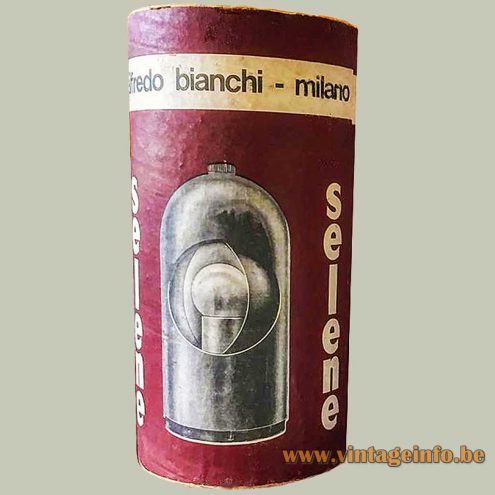 Other versions: The Lightolier Interplay 1 table lamp was made in several colours over the years. Also a gold coloured and chrome versions exists. A gold coloured ABM Selene lamp can be found here.

This lamp was in production for several years, also after 1969 when the ABM company became Bilumen. The pressed ABM on the plastic bottom never changed on these lamps.

Lightolier sold it in the USA and named it Interplay 1. They were all made in Italy.

Selene: The goddess of the moon who fell in love with Endymion.

Sometimes said that this lamp is a design by Alfredo Bianchi, but it is very unlikely. He is the founder of the company in 1910.

Often said that this lamp is a design by Joe Colombo for the American company Lightolier, but it is not.

This lamp was produced by ABM and was also sold by Lightolier in the USA.

In 1964 Ermanno Bianchi, his son, built the new factory in the Via Salomone 41, in Milan. Hans Von Klier designs its furnishings and offices. It will become the historical headquarters of the company until 2013.

In 1969 Antonio Bianchi, together with his sister Roberta, Ermanno’s children changed the name into Bilumen. Bilumen is a contraction of Bianchi and Lumen.

This Lightolier Interplay 1 table lamp is equipped with the Achille Castiglioni VLM switch model 450. They were produced with several other switches over the years, all made by VLM Components.

Selene goddess of the moon – Wikipedia