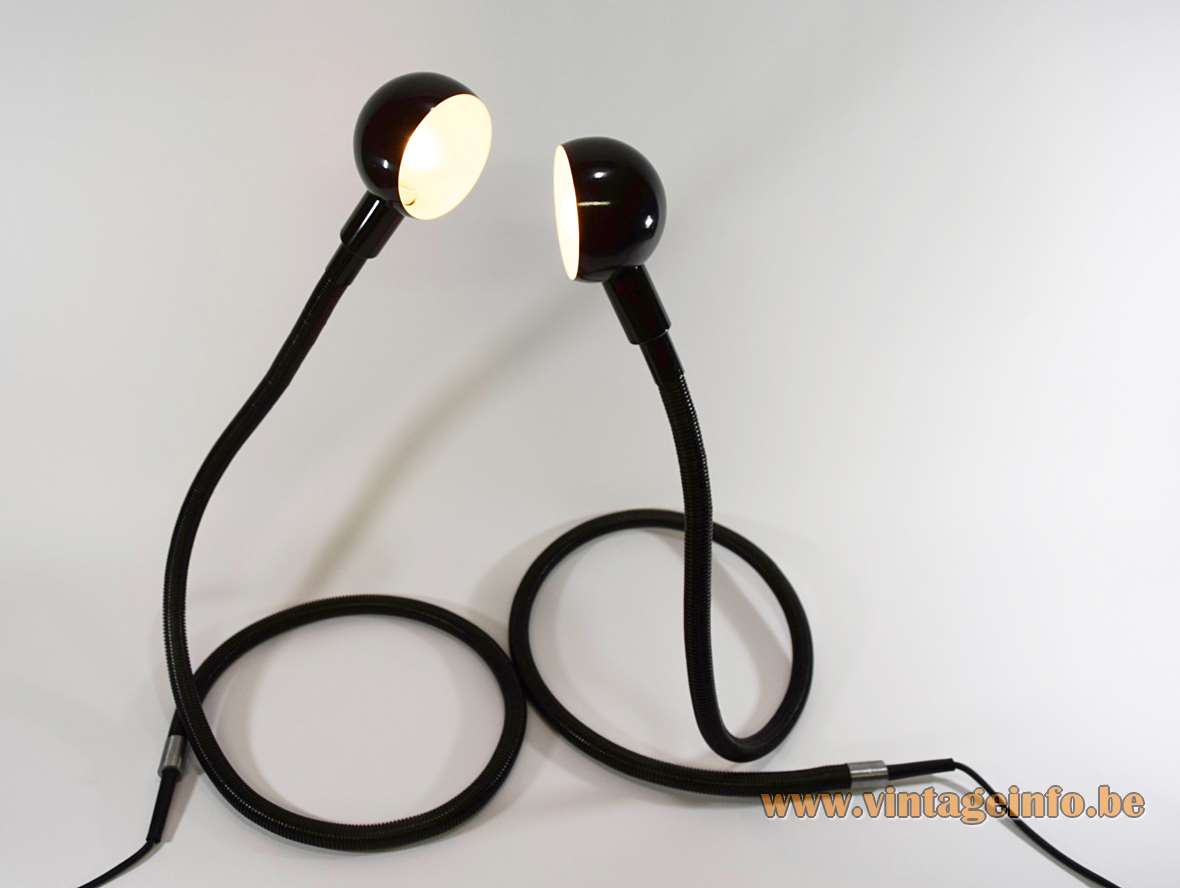 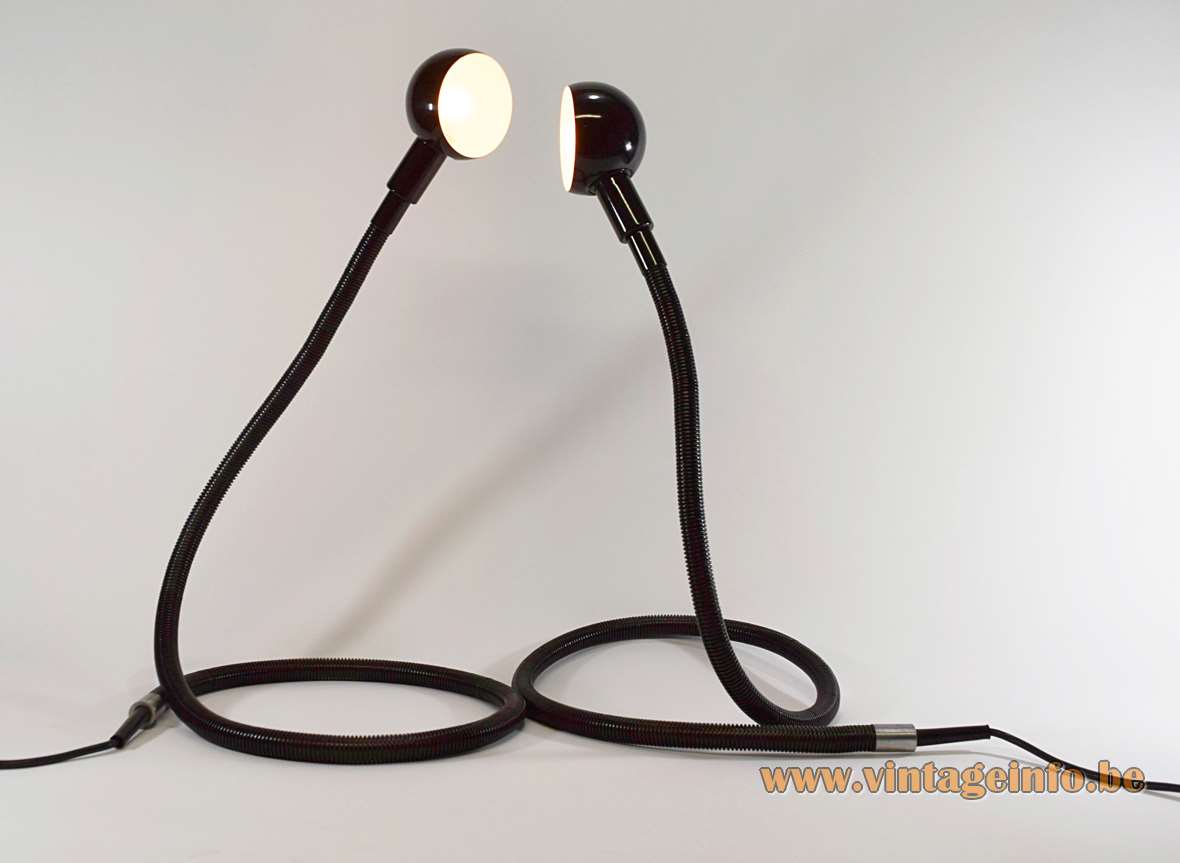 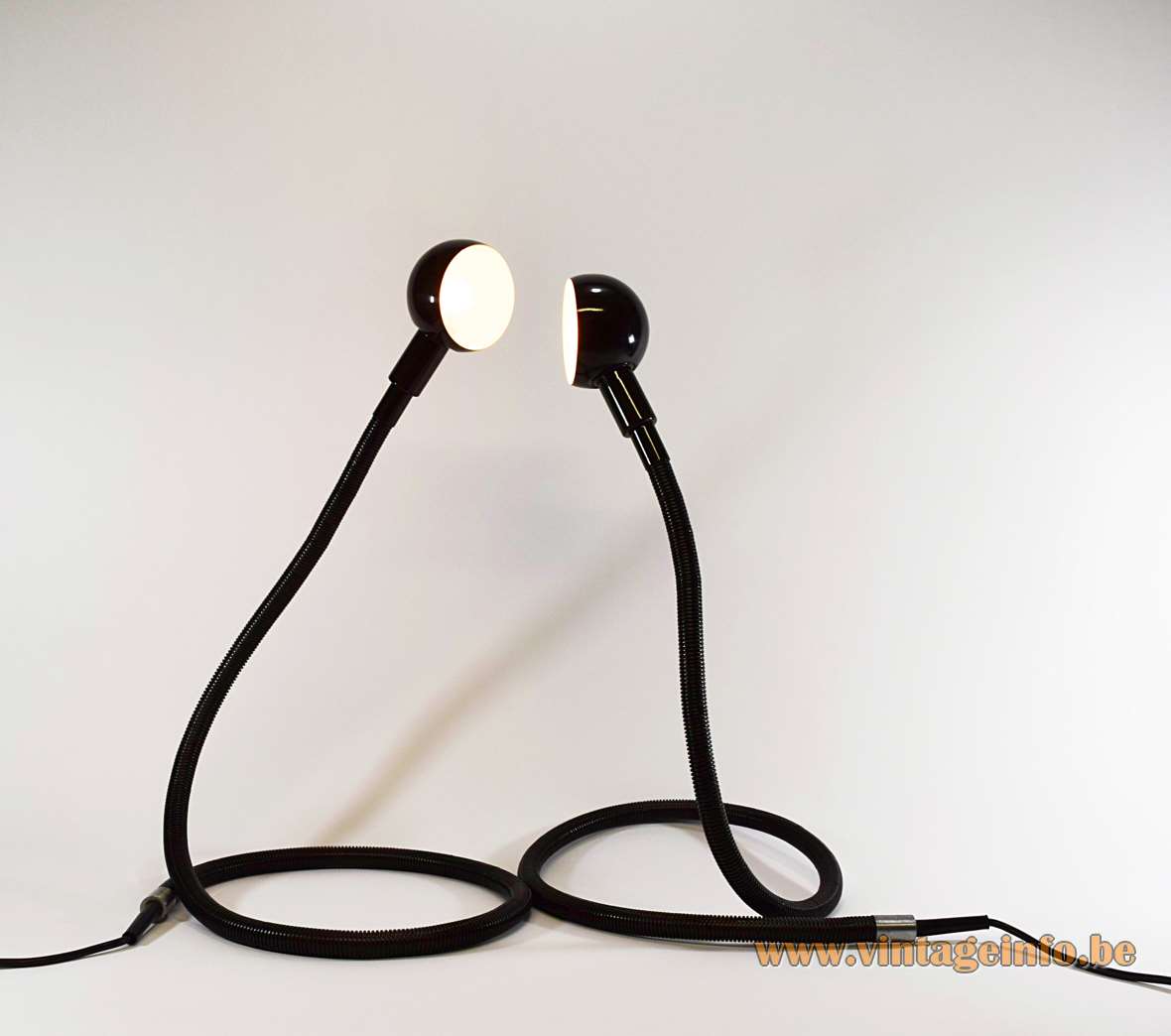 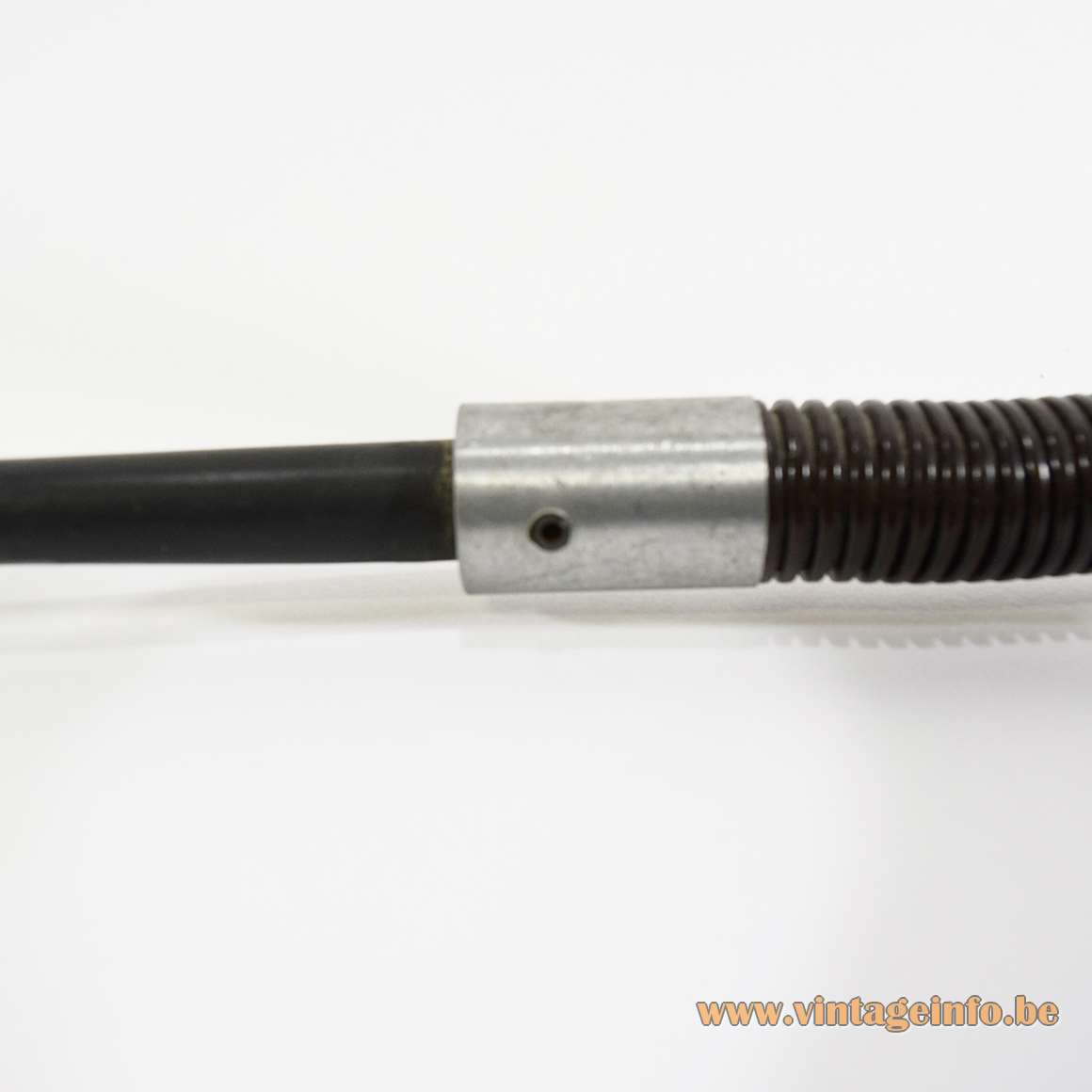 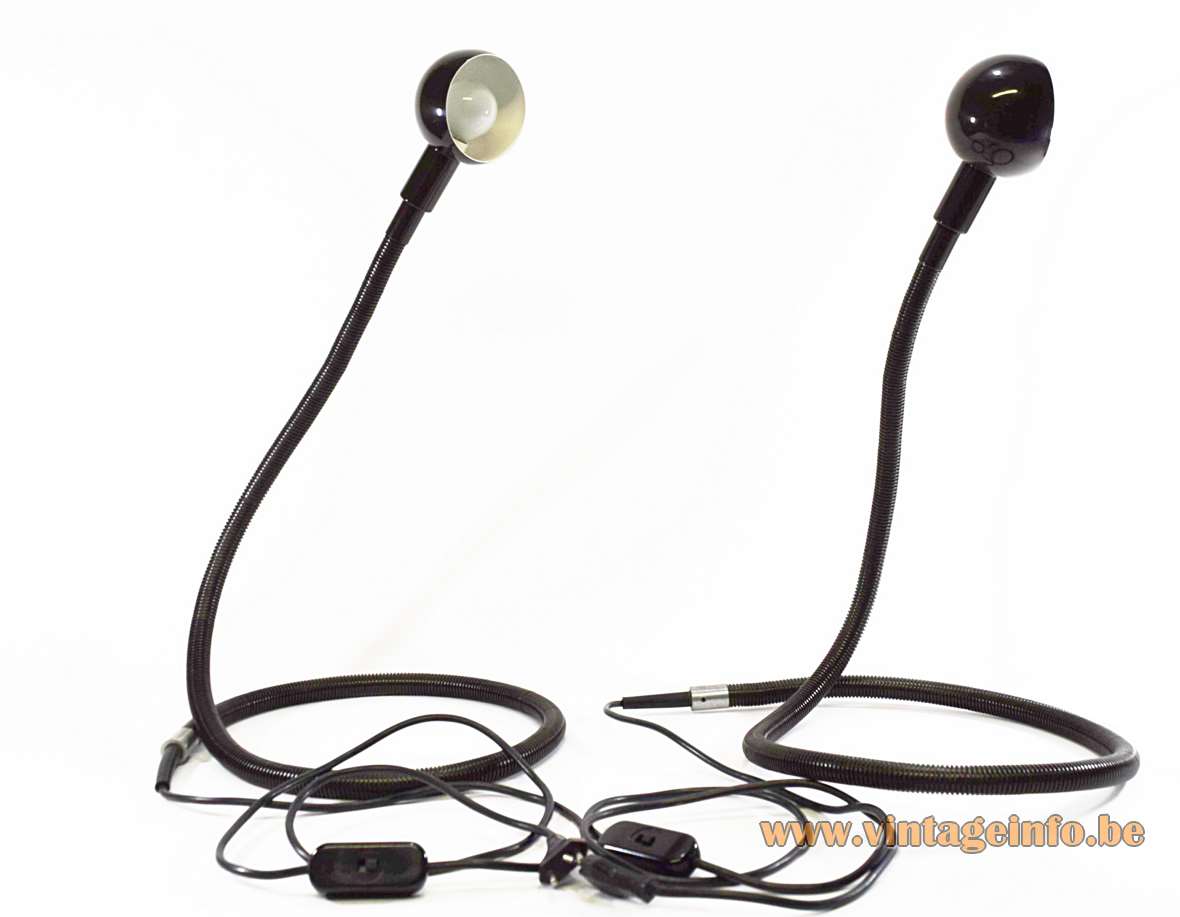 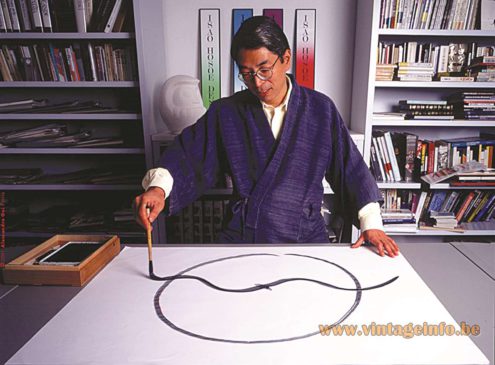 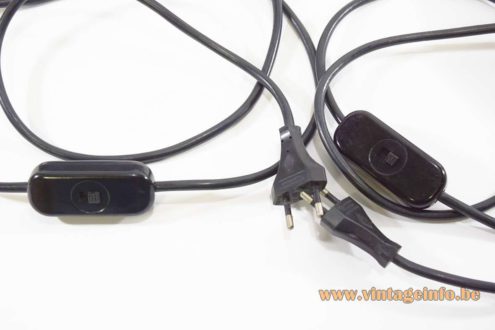 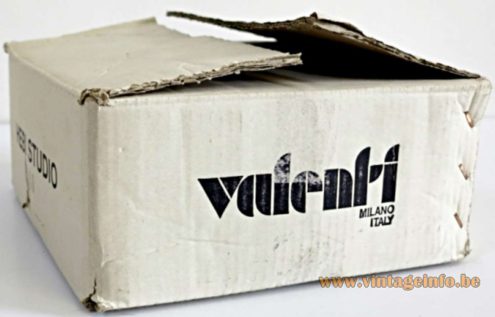 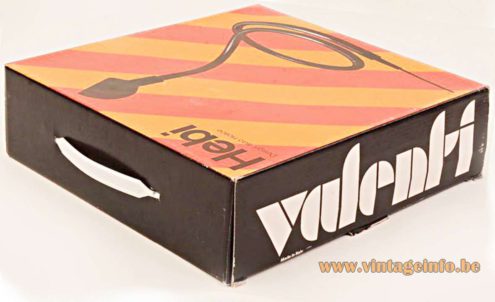 
Other versions: The Valenti Hebi table lamps were also made as a clamp lamp and exists in many colours. A table lamp, the Hebi Tavolo was also made, you can find it over here.

Hebi is the Japanese word for snake. The flexible metal tube is covered in plastic and can be twisted in every direction and the lamp shade can be rotated as well.

Versions and colours changed during the years. The first editions have a big VLM-switch model 475 designed by Achille Castiglioni and a aluminium tube with a internal hexagon socket-head screw on the end. Where the wiring starts is in later versions “Valenti Made in Italy” moulded in the rubber.
More recently produced models were cheaper made and didn’t have the aluminium end tube; it became a plastic one. The name Valenti appeared in the middle on the flex tube.

Ecolight is the successor of the Valenti company. Ecolight was born in 1968. However, the name Valenti was used until the 1990s.  Many lamps were sold as Valenti and also as Ecolight. This Pillola lamp was sold under both names. Ditto for the Squadra wall lamp. The business was run by Carla and Laura, the daughters of Renzo.

SP light and Design still sells some of their design icons such as the Pistillo and Pistillino wall lamps and the Medusa floor lamp. Today (2017) the Hebi lamp is still in production. Available in red, black, white. You can find it on their website.

In 2002 “Onda” (Luxo Italiana), system for office lighting is the winner of the European Design Competition during Frankfurt Light + Building; and in the same year “Hebi”(Valenti) and “Heron” (Luxo Italiana)  enter the Permanent Collection at the Animal House Exhibition, Triennale Milan. In 2005 “CAM-ST” with Palazzoli is the winner of Good Design Chicago. 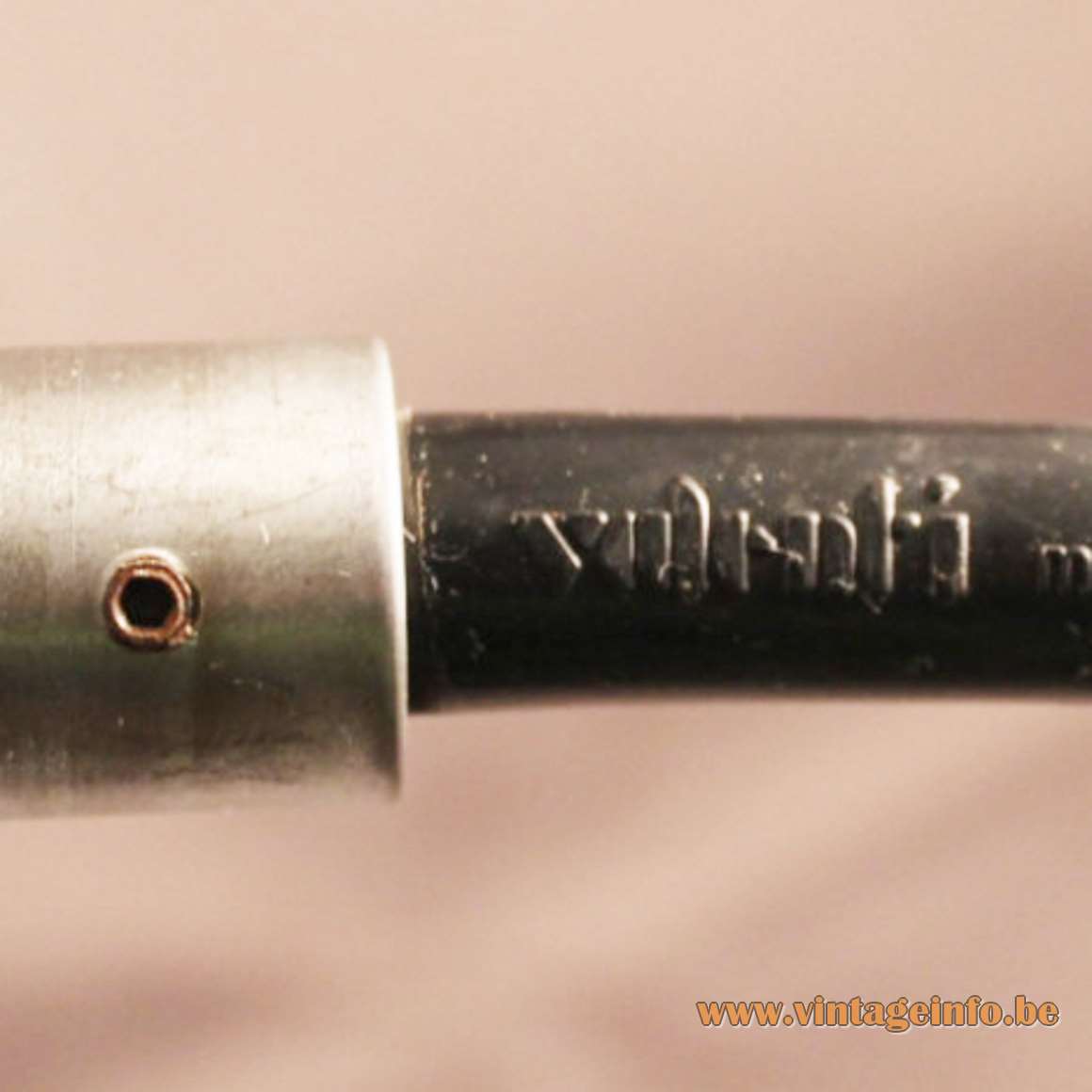 On the left below: Hebi Scheme.
On the right below: Marking on the later versions, somewhere in the middle of the plastic tube. 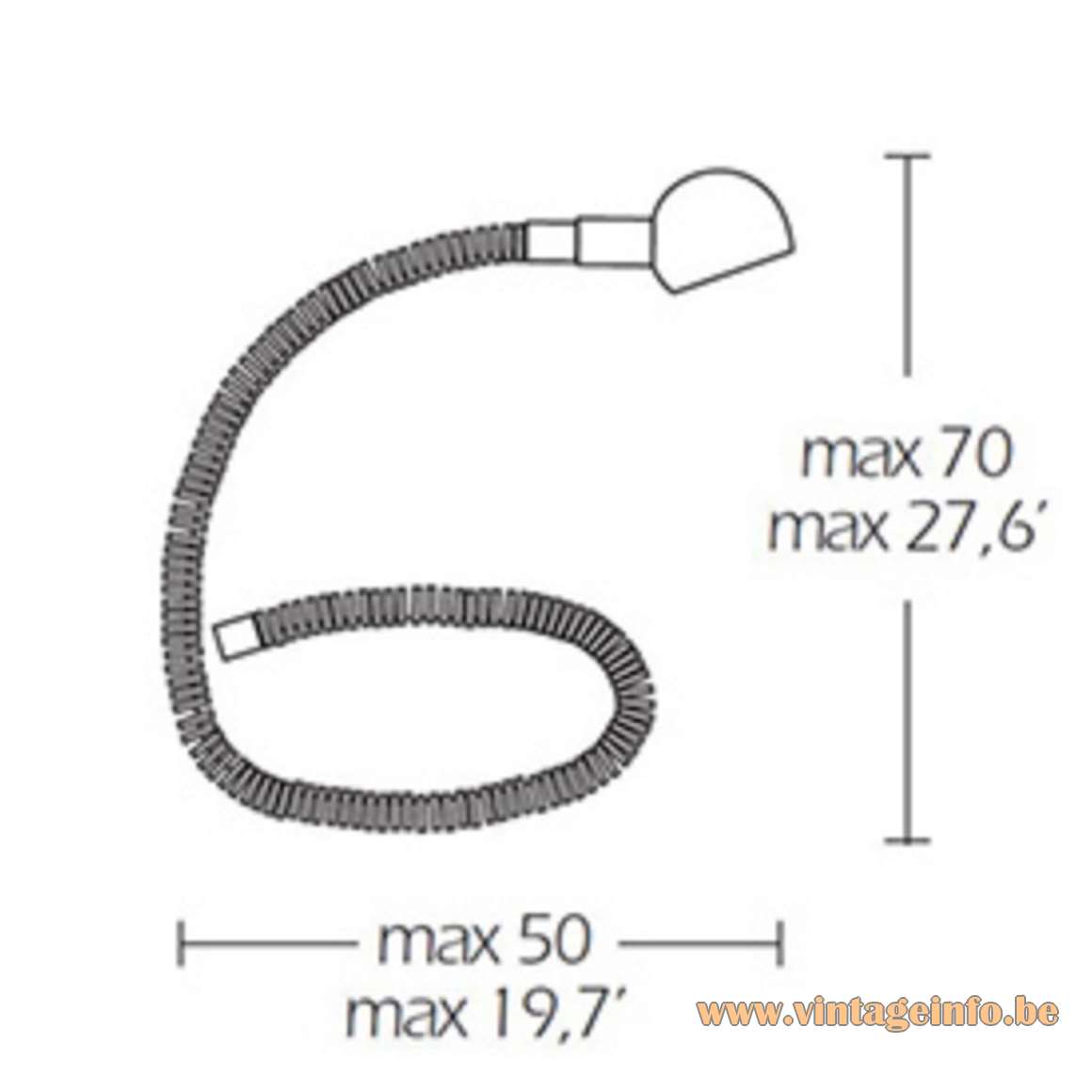 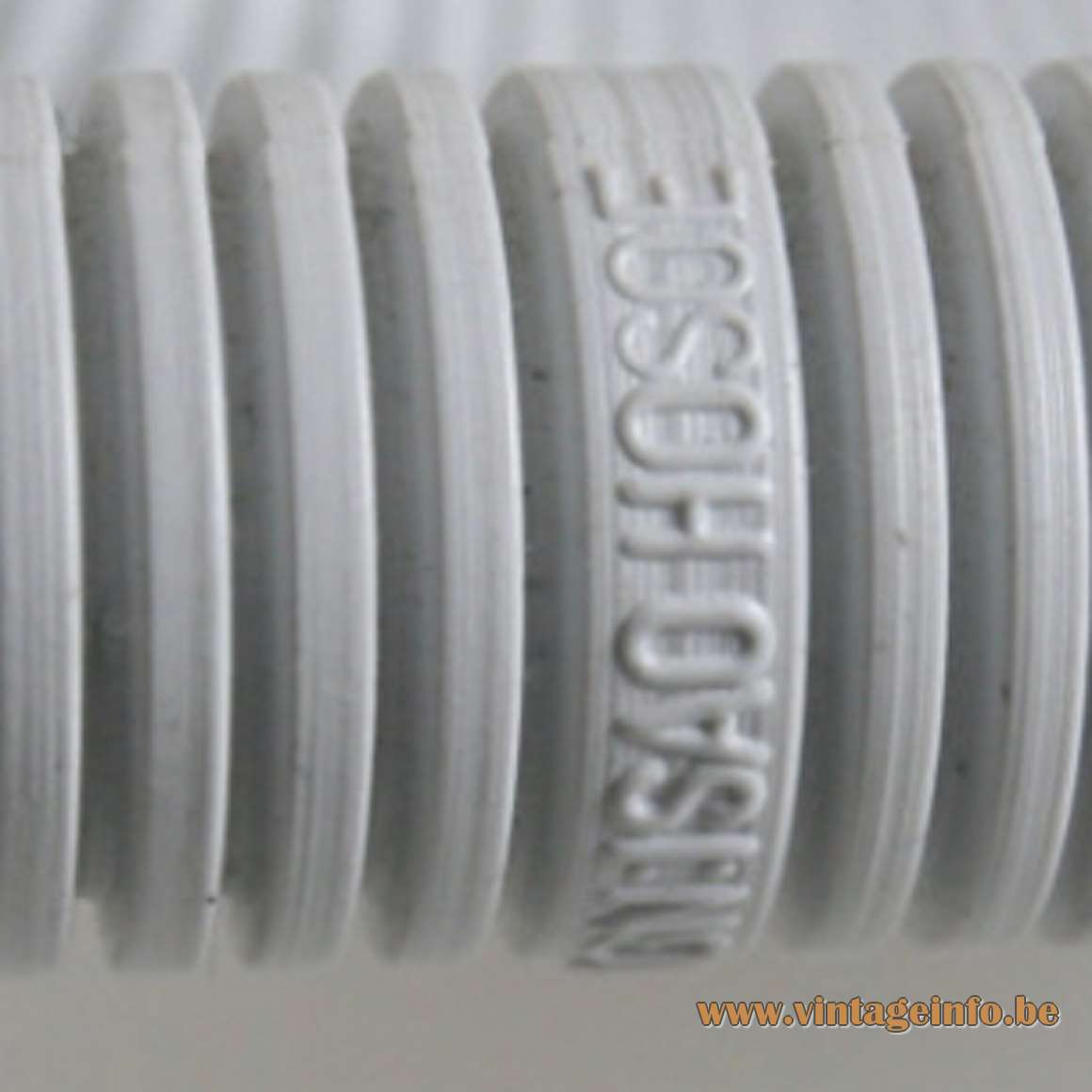 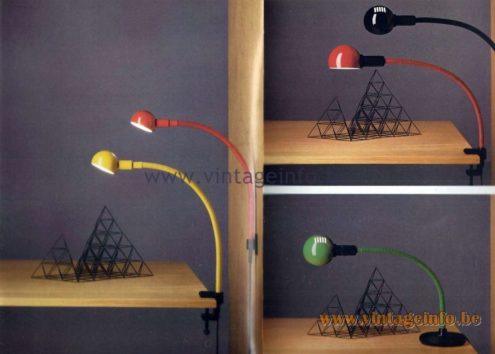 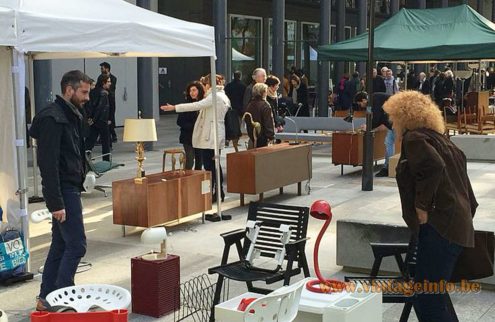