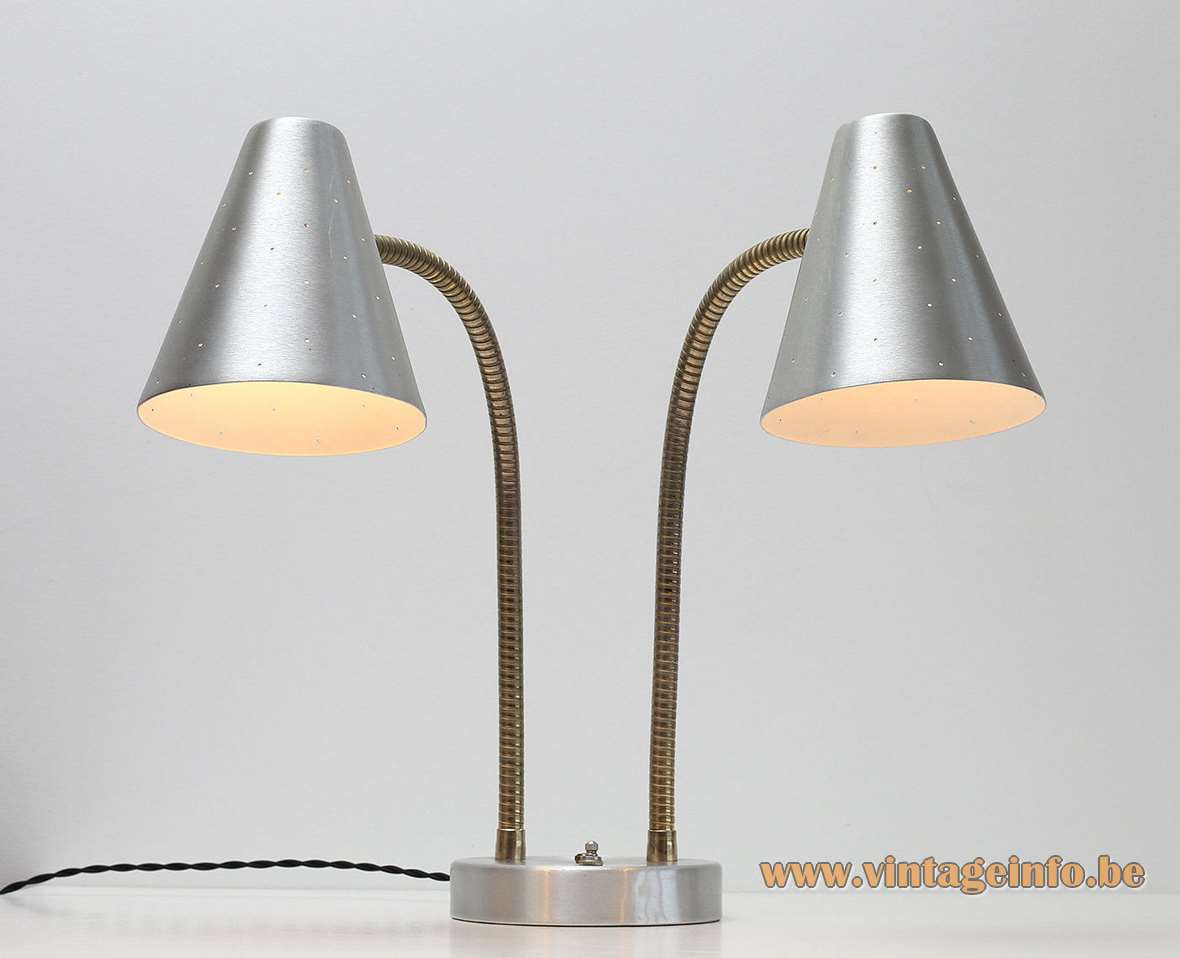 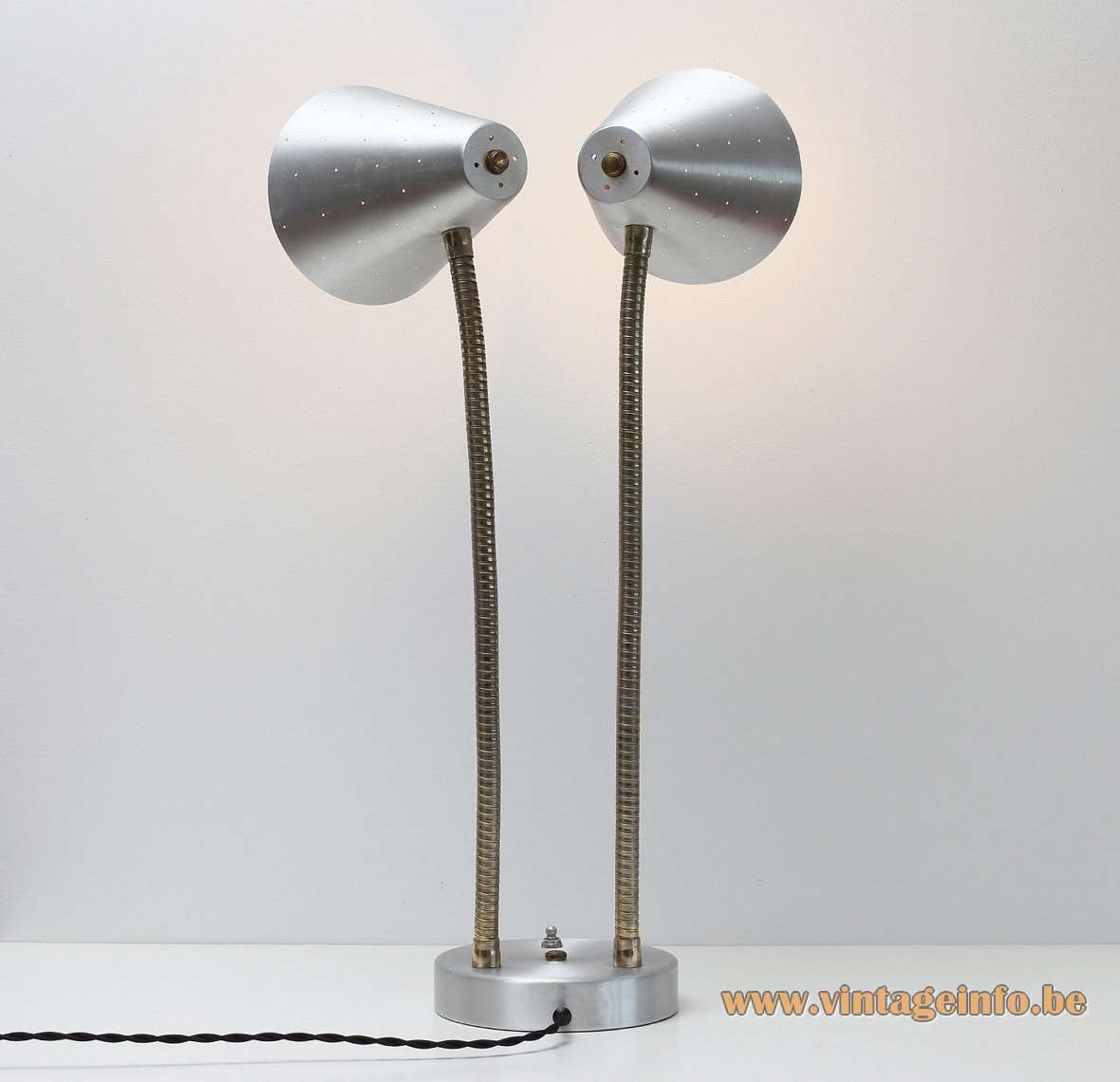 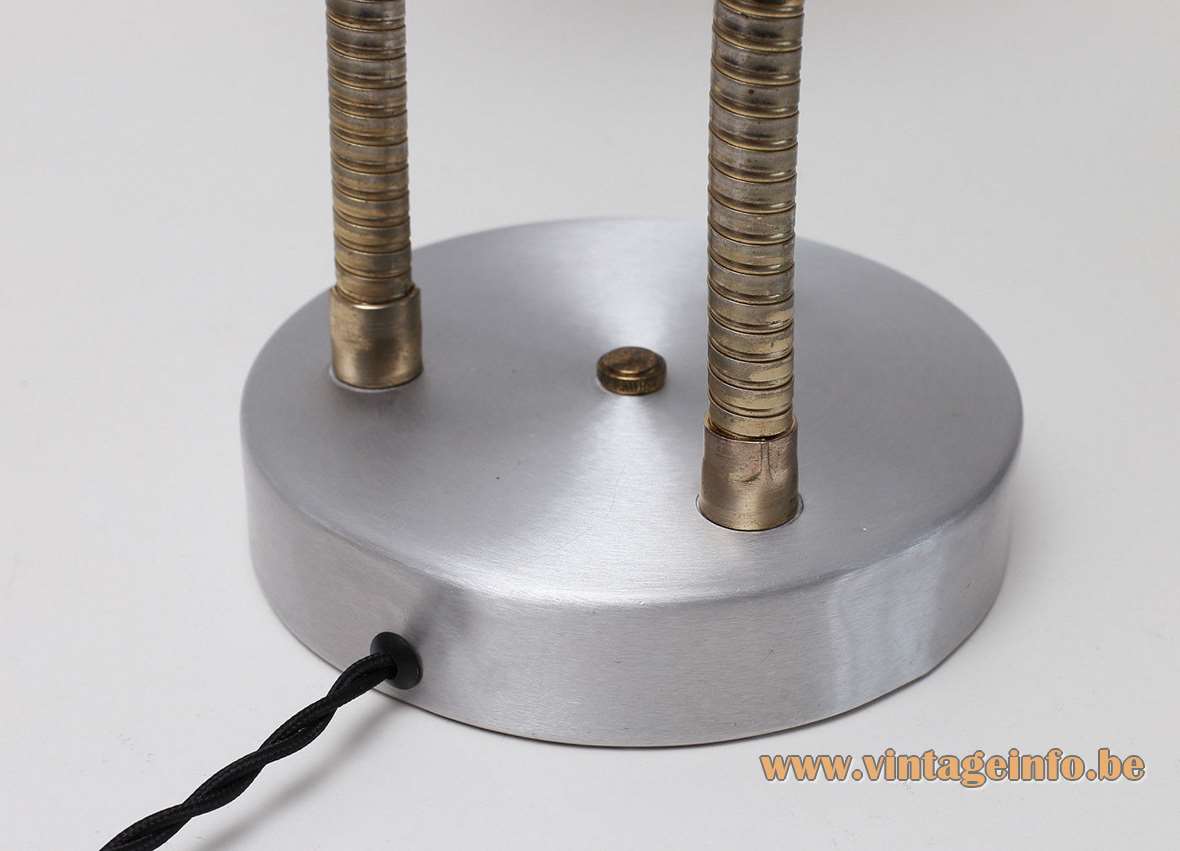 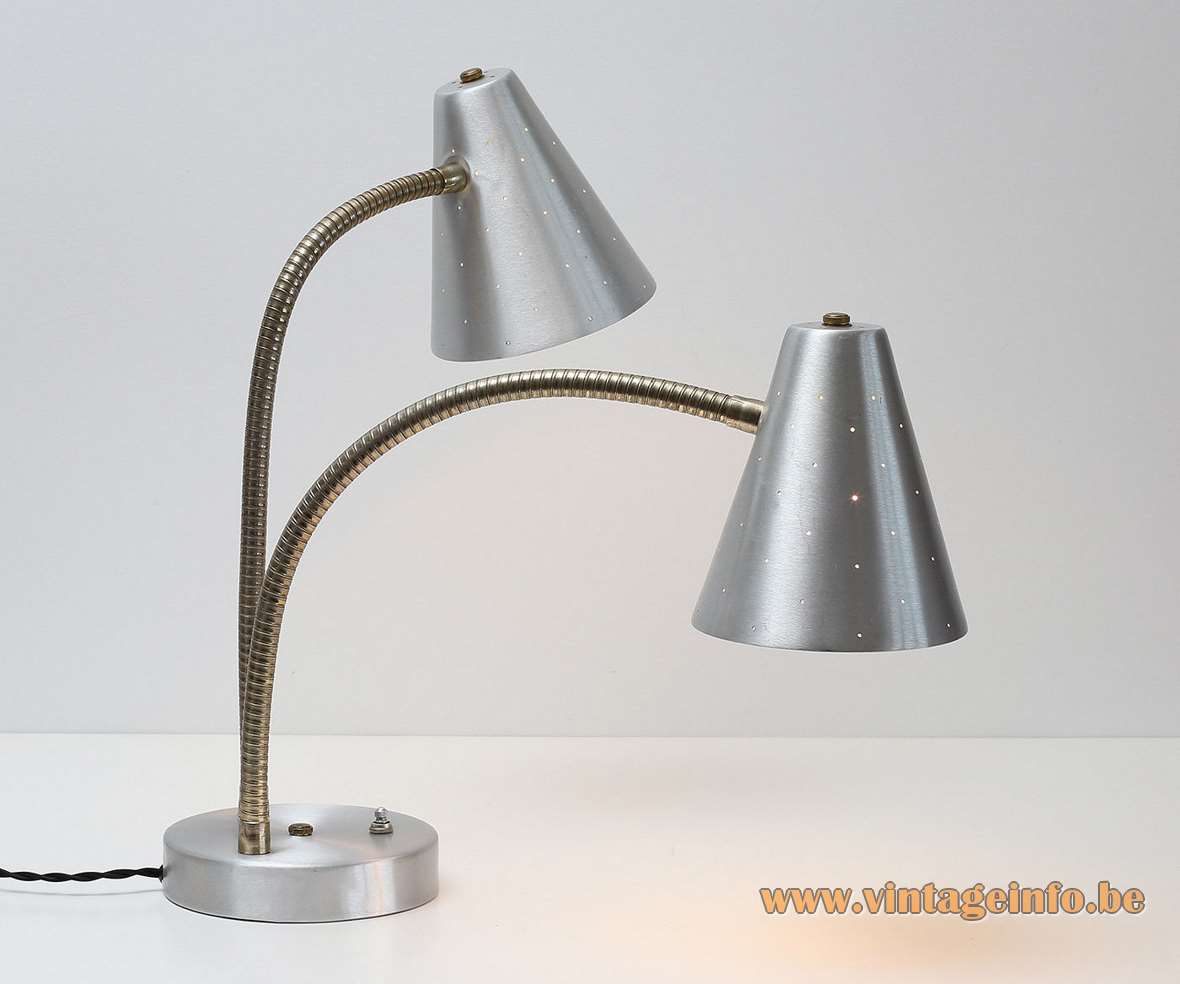 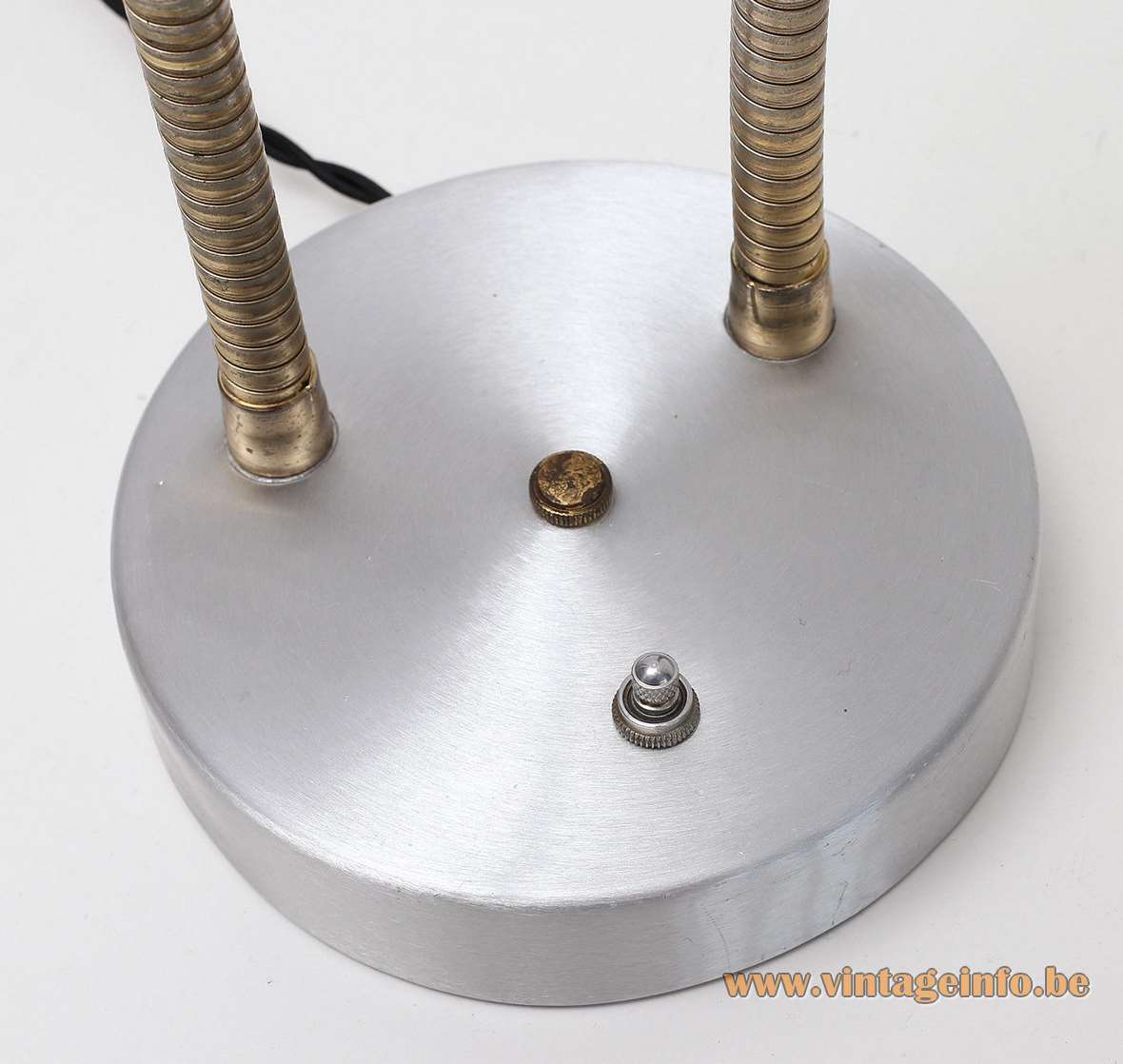 In the 1960s Lightolier introduced the first track lighting system, designed by Anthony Donato. Lightolier also produced a huge amount of lamps designed by Gaetano Sciolari in the 1960’s and 1970’s. His Cubic chandelier was a big success in the States thanks to it’s presence in the Dallas TV series and in the James Bond film Live and Let Die (1973). The Lytegem series was designed by Michael Lax.

Lightolier was the first lighting company to introduce digital lighting systems in the early 90’s. In 2007, Koninklijke Philips N.V. from the Netherlands (Philips Royal Electronics) announced that it would acquire the Genlyte Group which would make Lightolier a part of Philips.

Two, almost similar Lightolier double table lamps designed by Gerald Thurston were used as a prop in the 2019 American crime film The Irishman. Directed and produced by Martin Scorsese and written by Steven Zaillian. Starring Robert De Niro, Al Pacino, Joe Pesci, Ray Romano and Anna Paquin. The film is about a truck driver who becomes a contract killer. 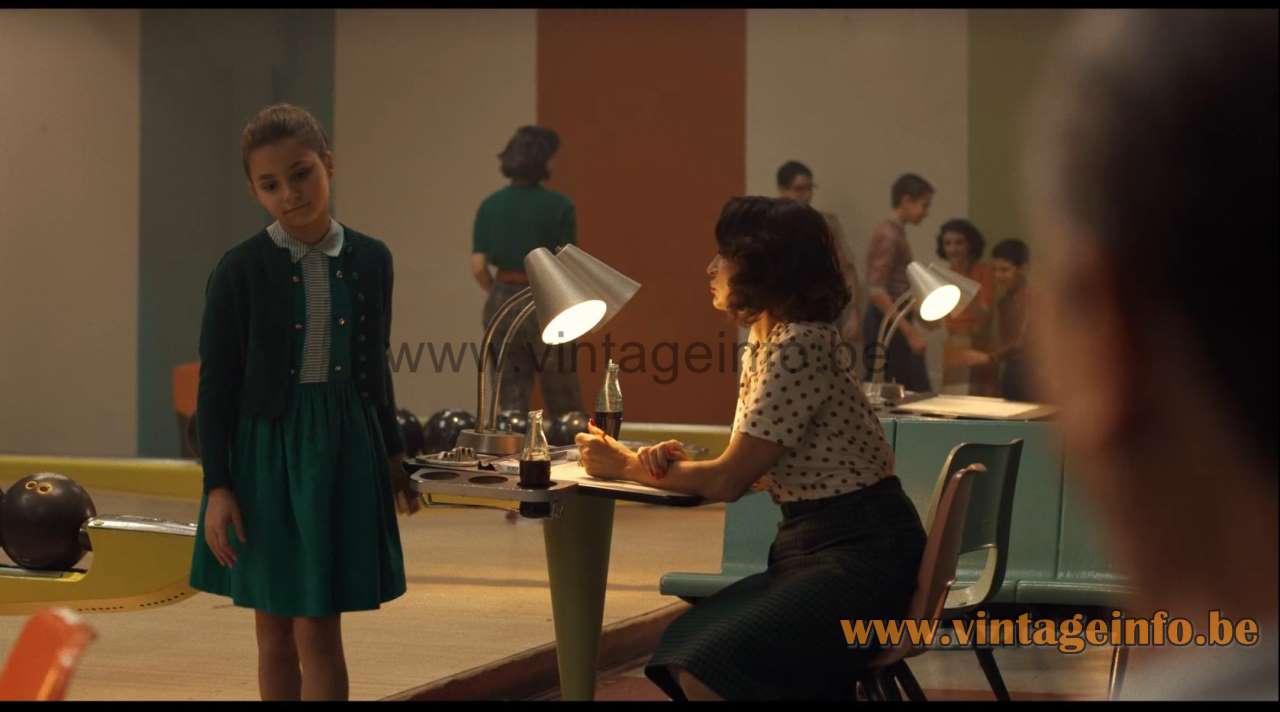 Other versions: This 1960s Lightolier aluminium double table lamp exists in many varieties.

Gerald “Jerry” Edwin Thurston was born on 24 July 1914 in Delaware County, Ohio, USA.  Jerry earned an industrial design degree from the School of the Art Institute of Chicago (SAIC). While he was an art student, he did freelance design work for the Zenith Radio Corporation in Chicago. (ZRC was founded as Chicago Radio Labs in 1918. Today the company is named Zenith Electronics LLC and is part of LG Electronics).

He began his career with the New Metal Craft Company in Chicago (founded in 1932, out of business since 2016) where he designed custom lighting fixtures and ornamental items for decorators and architects.

During World War II, Mister Thurston worked in the engineering department of a shipbuilding company in Mobile, Alabama.

In 1938, he became a charter member of the Industrial Designers Institute (IDI), the oldest organisation of professional industrial designers in the USA. He served on the organisations design selection committee and was a member of its executive council, chairman of the New York chapter and a vice president and member of its National Board of Trustees.

Around 1950 he was employed with Lightolier Inc. of New York and Jersey City. He worked for Lightolier for 30 years before retiring from the Jersey City office as head of the design department of residential lighting. He became well known internationally for the Lightolier Scandia Collection and several other lamps.

Gerald E. Thurston has been involved in the 1950 Good Design Exhibition at the MoMA, the Museum of Modern Art in New York, between November 1950 and January 1951. Charles Eames, Finn Juhl, Eero Saarinen, George Nelson, Alvar Aalto, Paavo Tynell and Edward Durell Stone, among others, were involved. A green enamelled floor lamp of Thurston was on display.

Gerald Thurston past away on 4 May 2005 in Cranford, Union, New Jersey. He left his sons, two grandchildren and three great-grandchildren.

School of the Art Institute of Chicago – Wikipedia