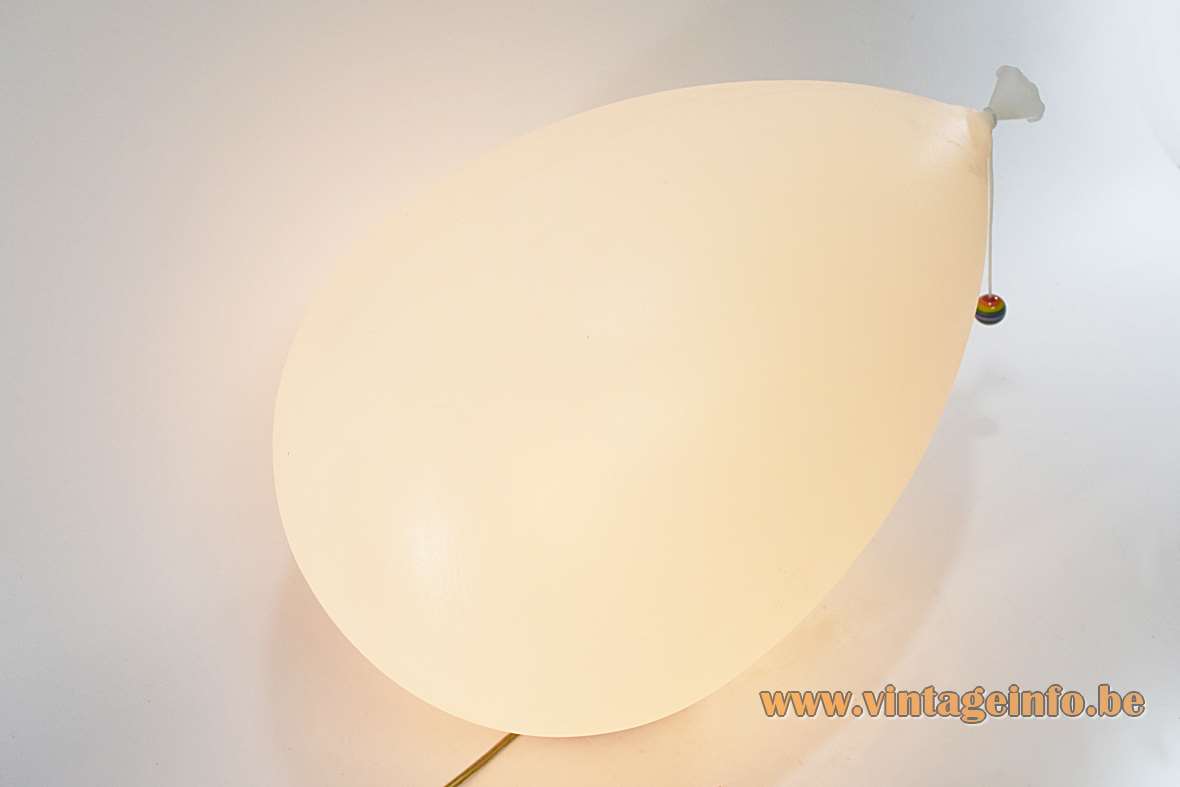 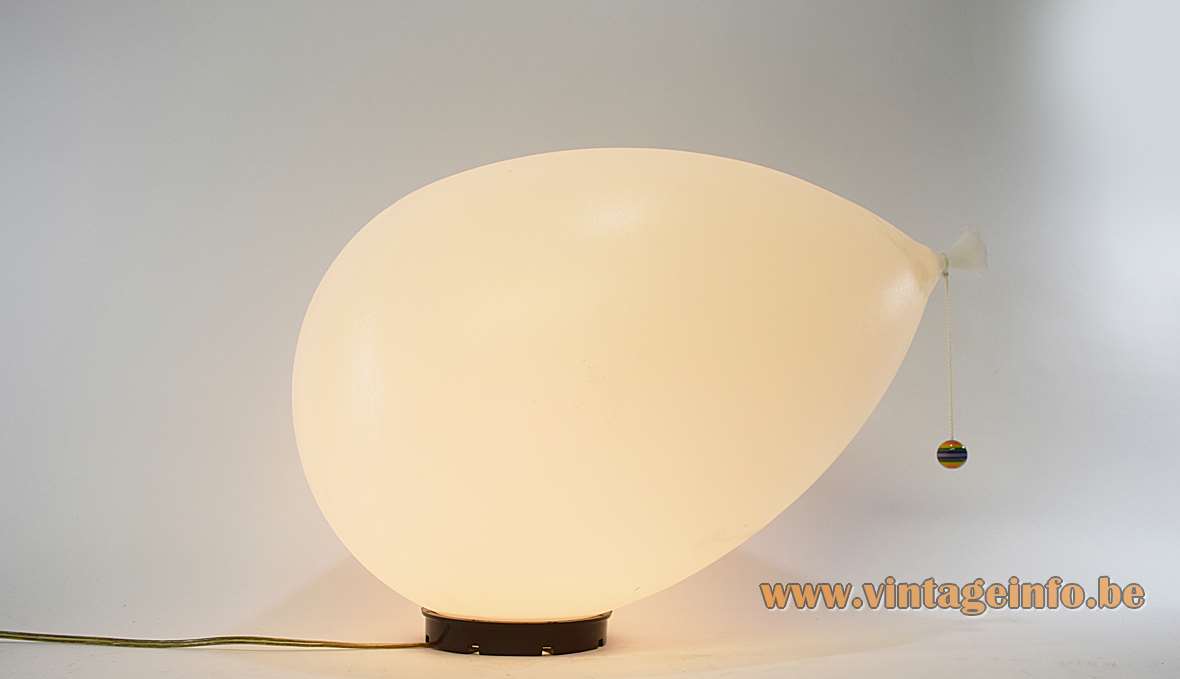 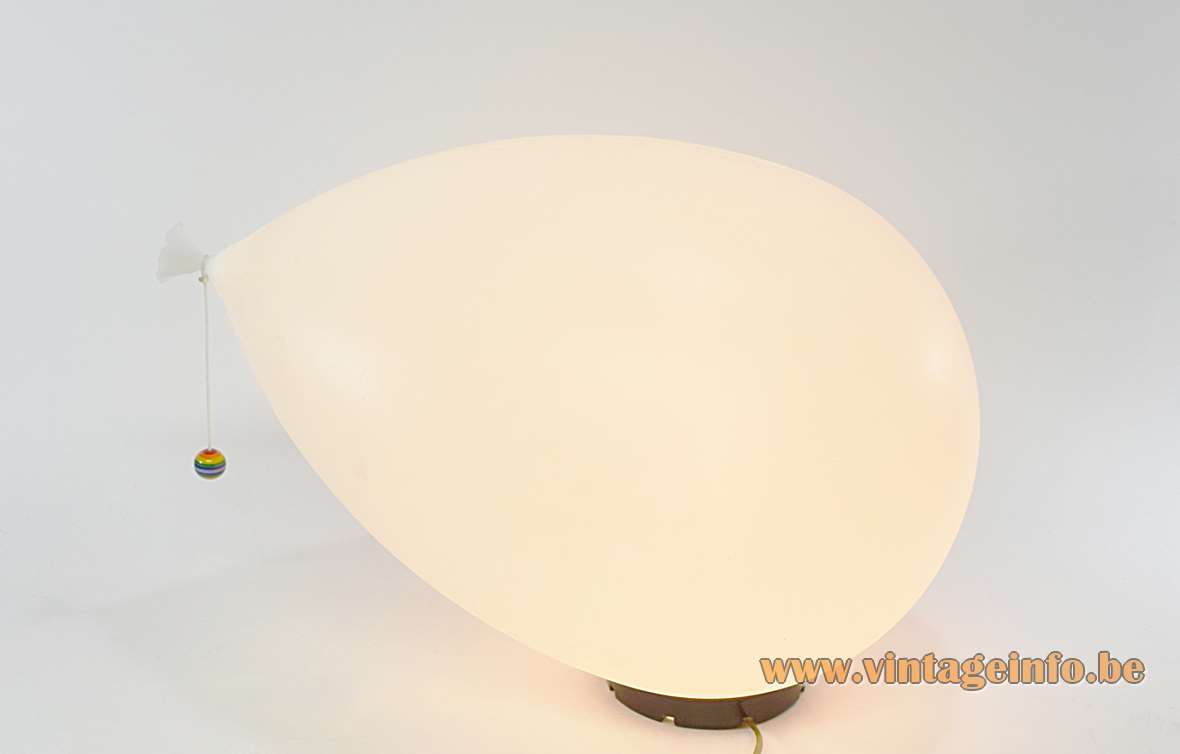 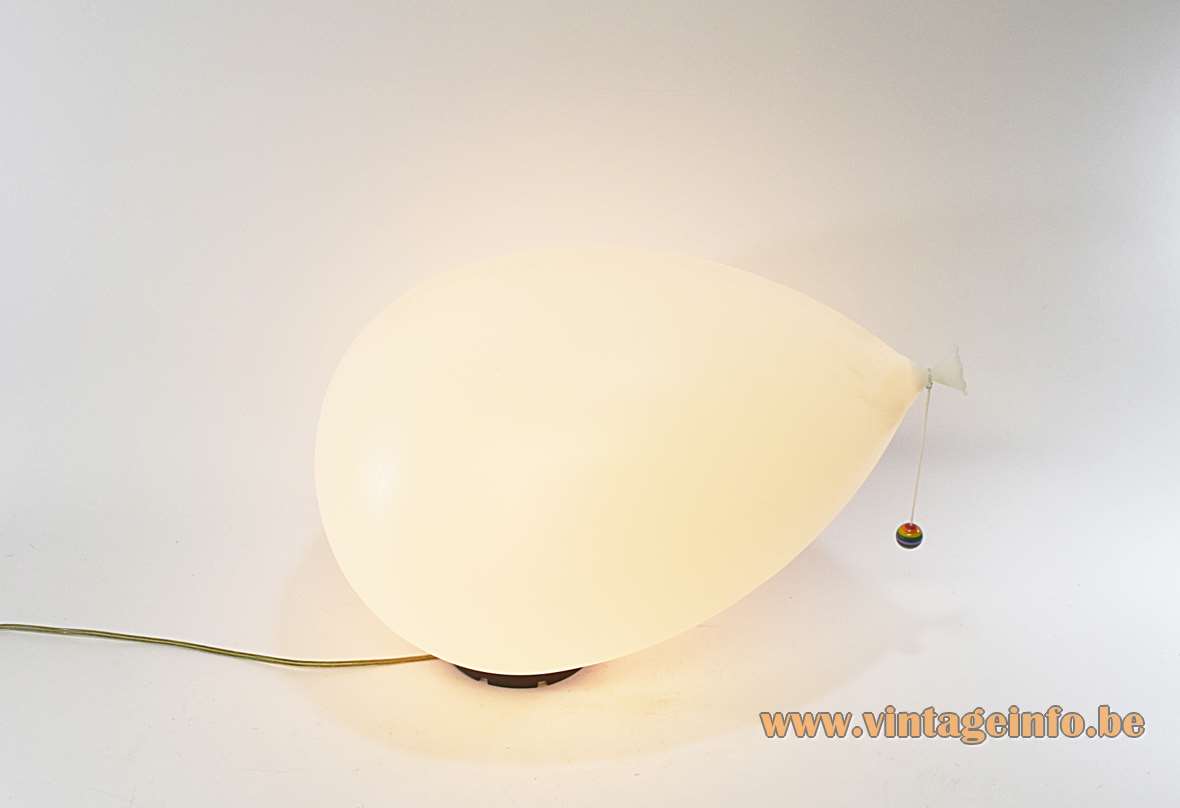 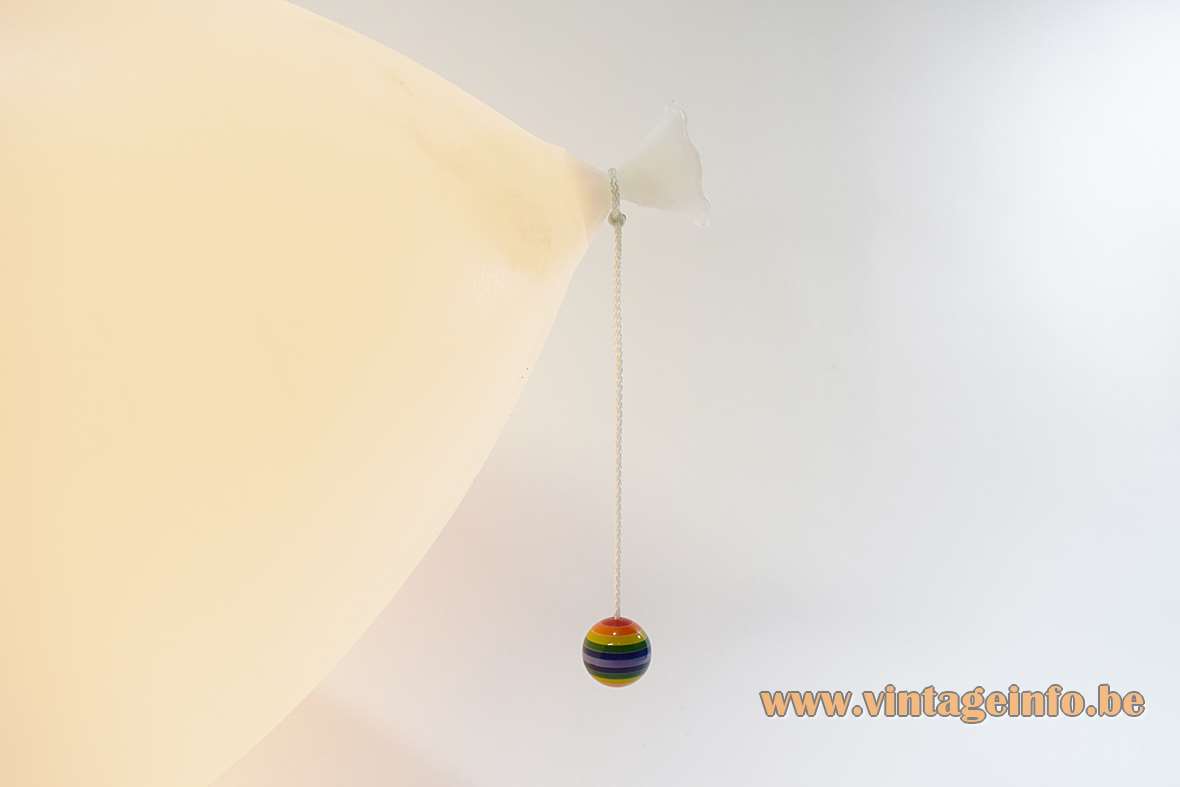 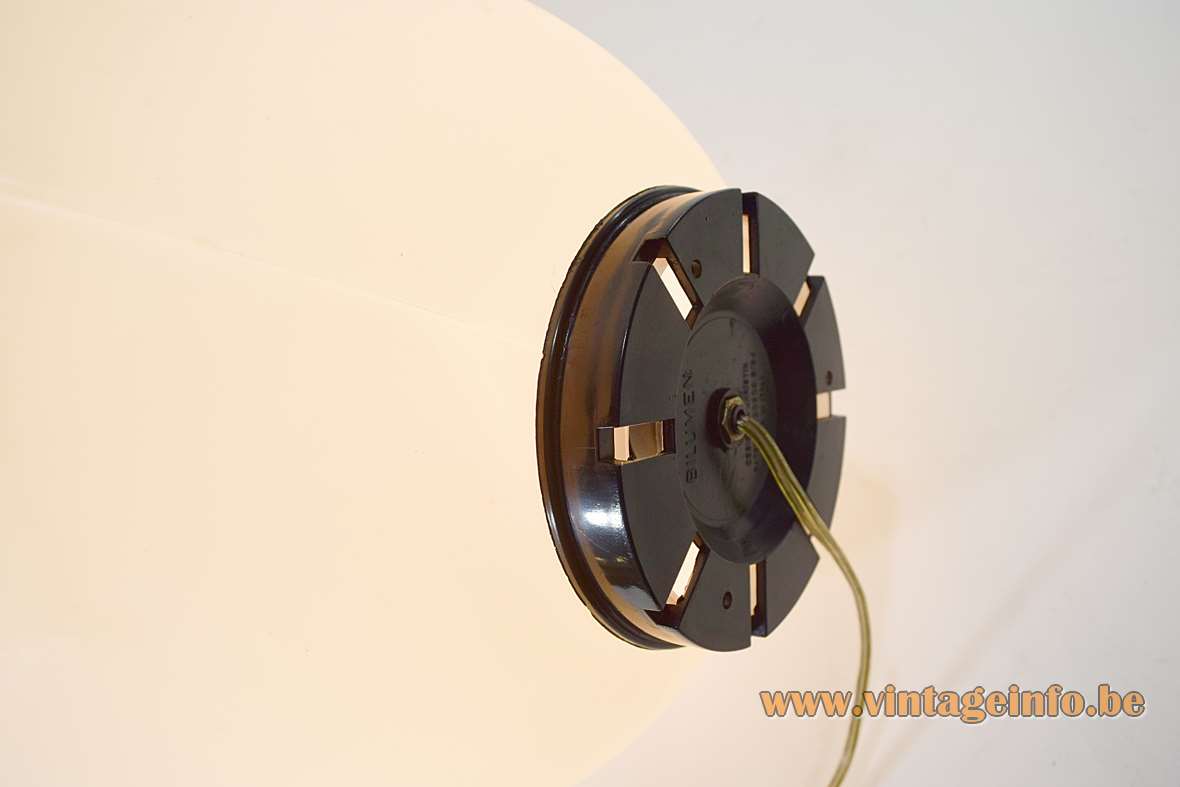 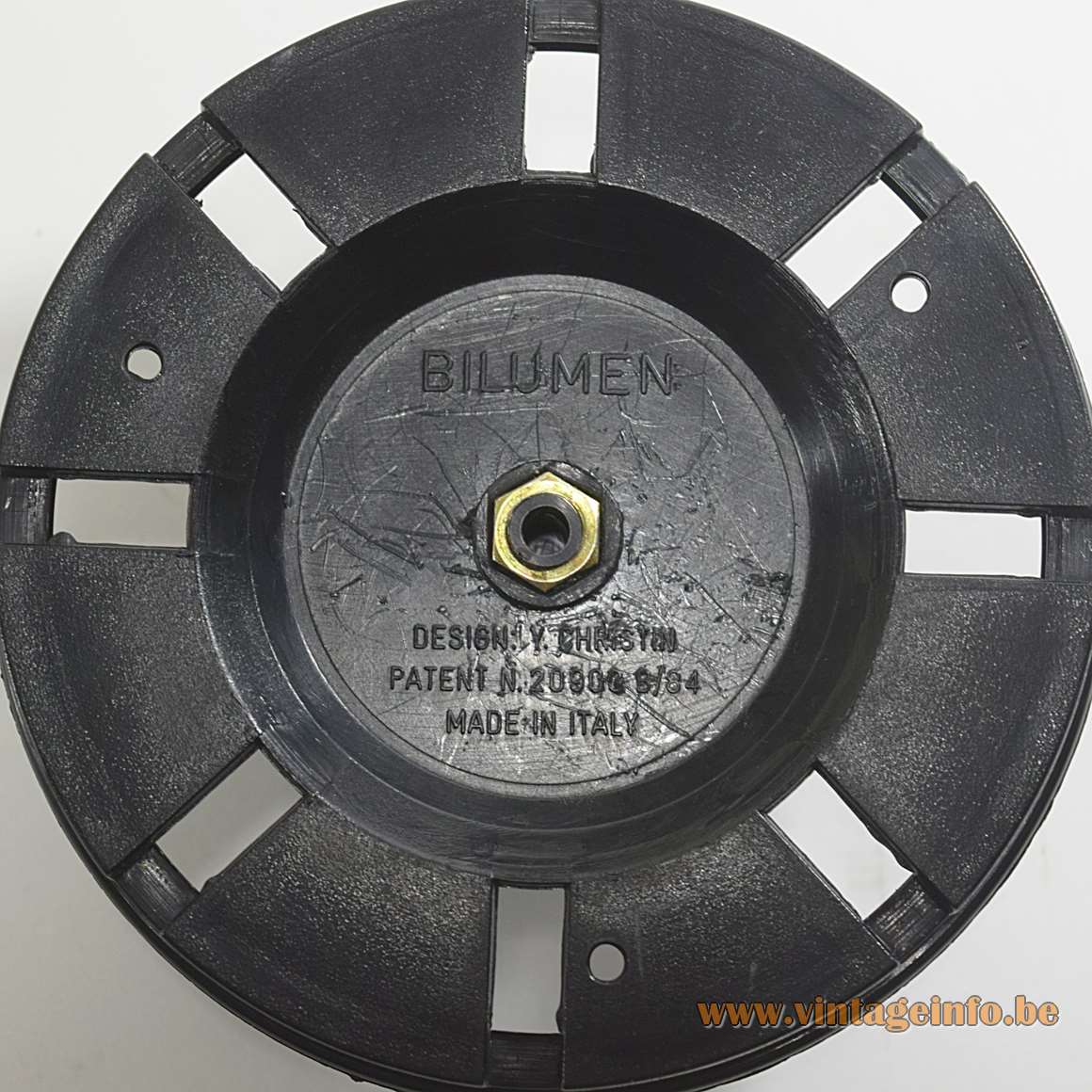 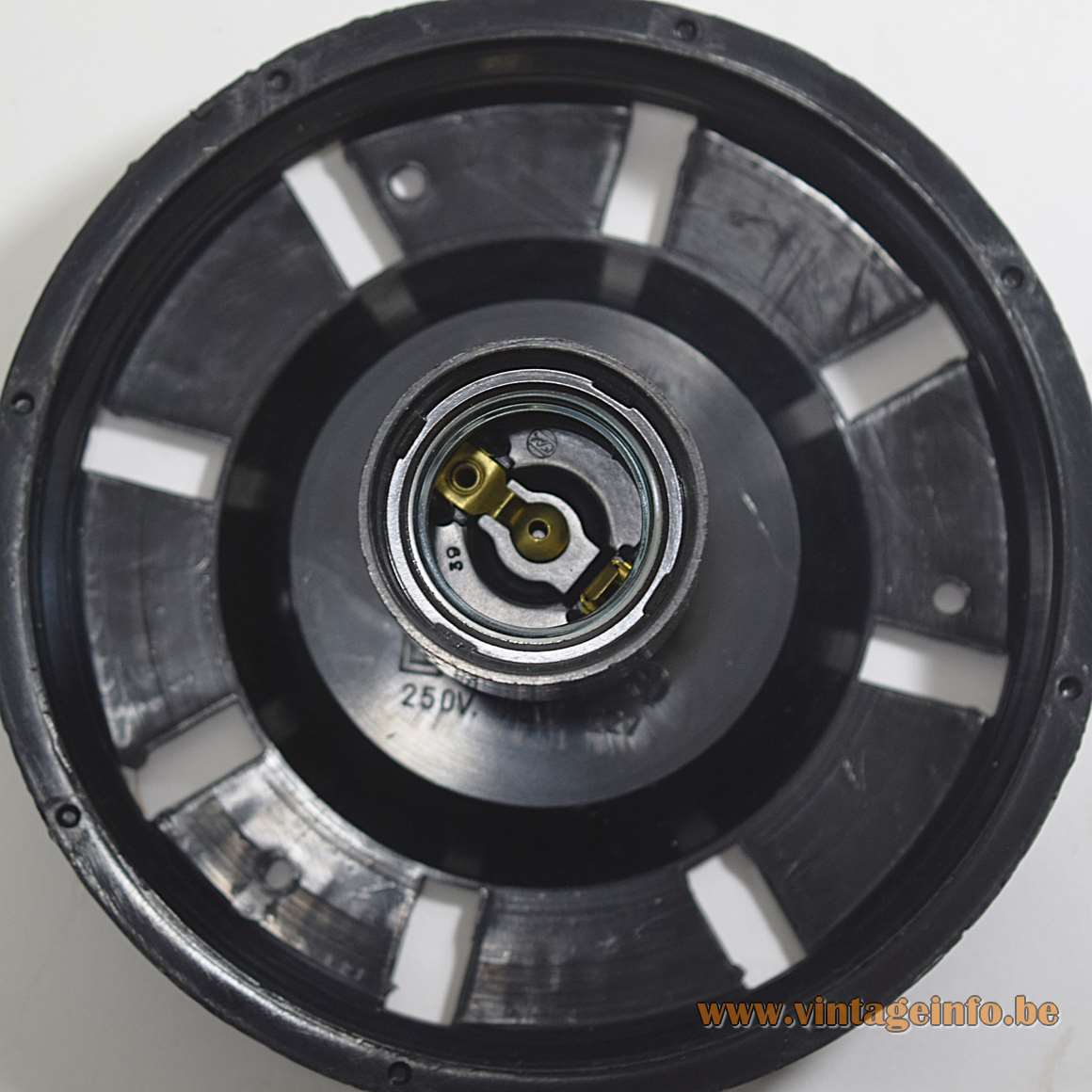 Electricity: 1 bulb E27, max 75 watt, 110/220 volt.
Any type of light bulb can be used, not a specific one preferred. For this setup a white bulb was used, it gives the best result.

Other versions: This Bilumen Ballon ceiling lamp exists in several colours and 2 sizes. The smallest is 26 cm / 10,23”. This flush mount can be used as a wall lamp but can also easily be converted into a table lamp.

In 1964 Ermanno Bianchi, his son, built the new factory in Via Salomone 41, Milan. Hans Von Klier designs its furnishings and offices. It will become the historical headquarters of the company until 2013.

In 1969 Antonio Bianchi, together with his sister Roberta changed the name into Bilumen. Bilumen is a contraction of Bianchi and Lumen.

Until 2018 the Ballon (French) or Palloncino (Italian for balloon) lamp was manufactured by Illum Kunstlicht from The Netherlands. It was made in 3 sizes: small, medium and big. The medium lamp is 35 cm / 13.77”. It is no longer in production.

Little is known about the French designer Yves Christin, but he also designed furniture for Antonageli, Biobject and Airborn.

Beware when you buy one, often the colourful ball is missing.