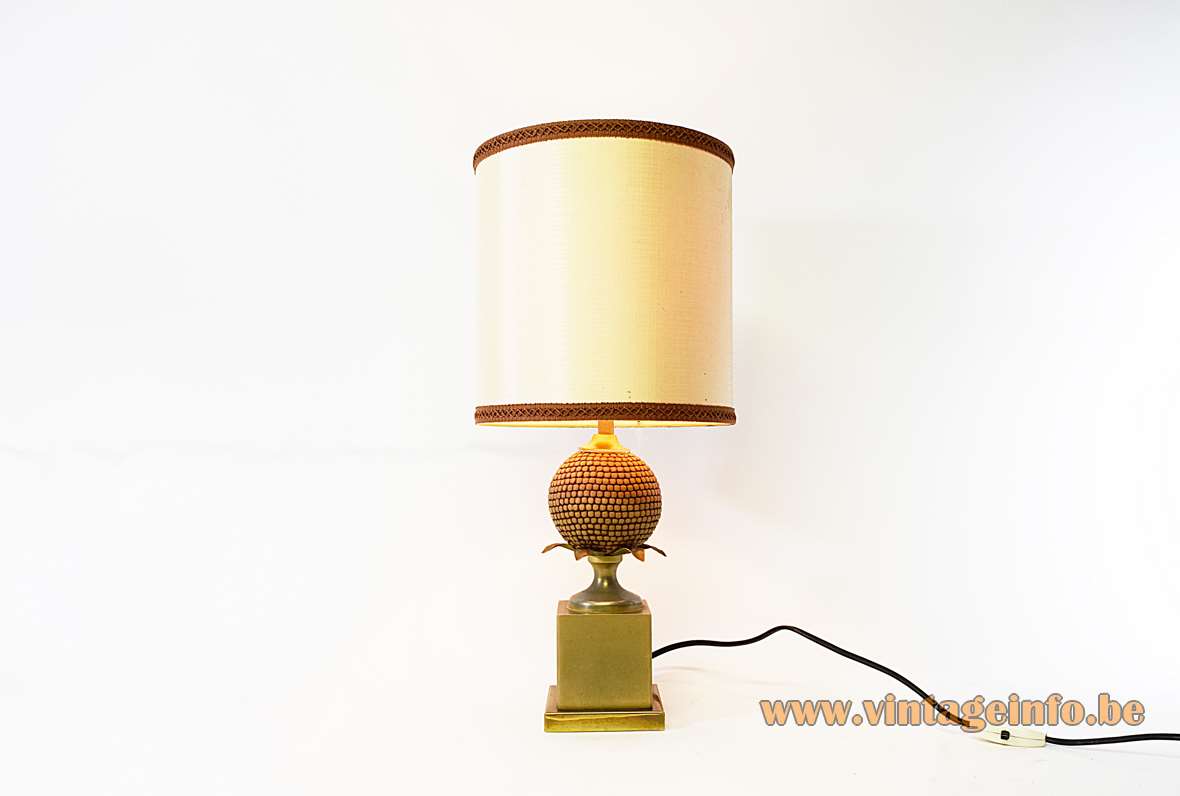 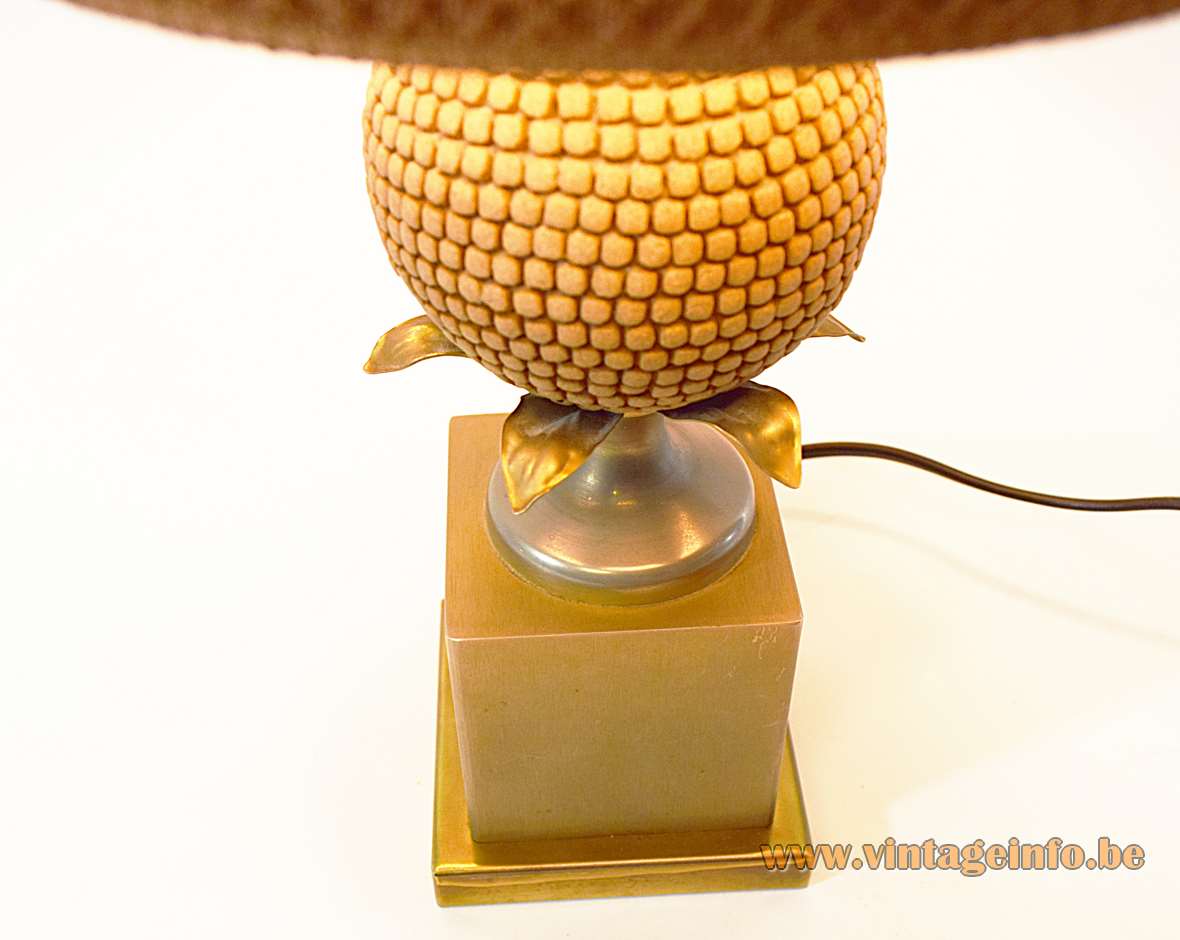 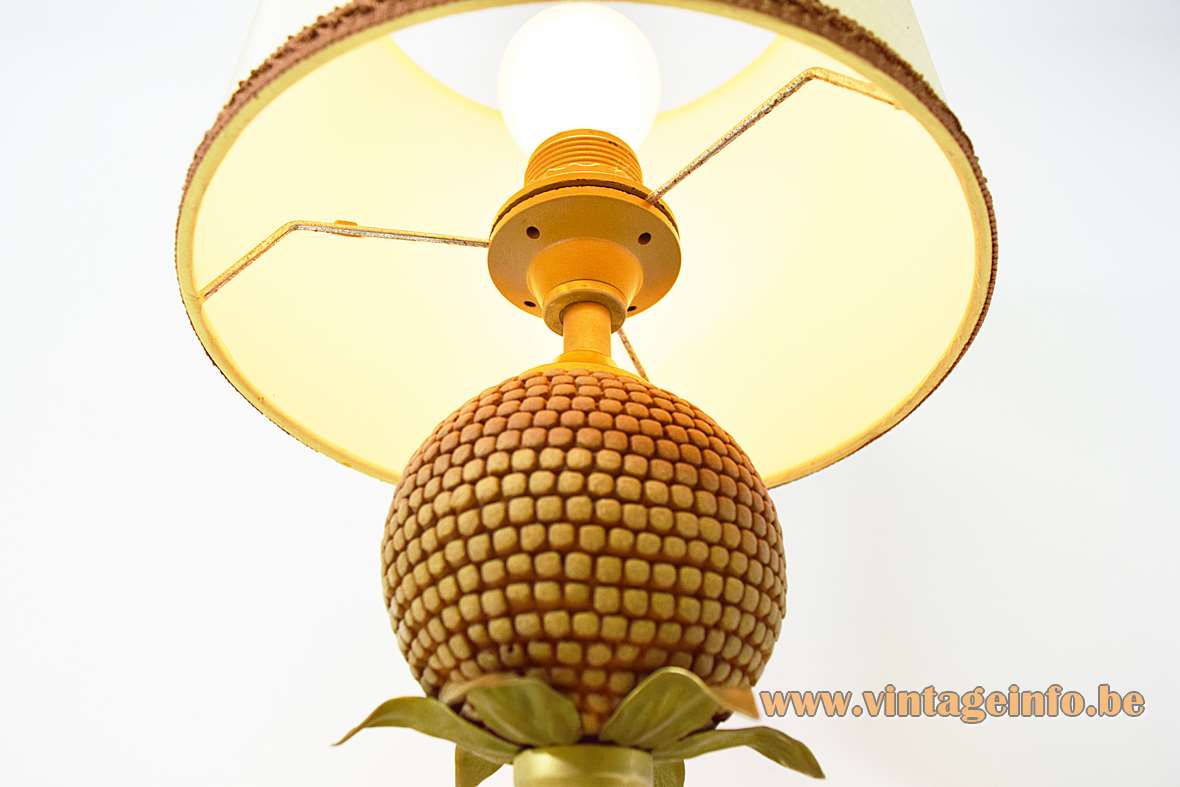 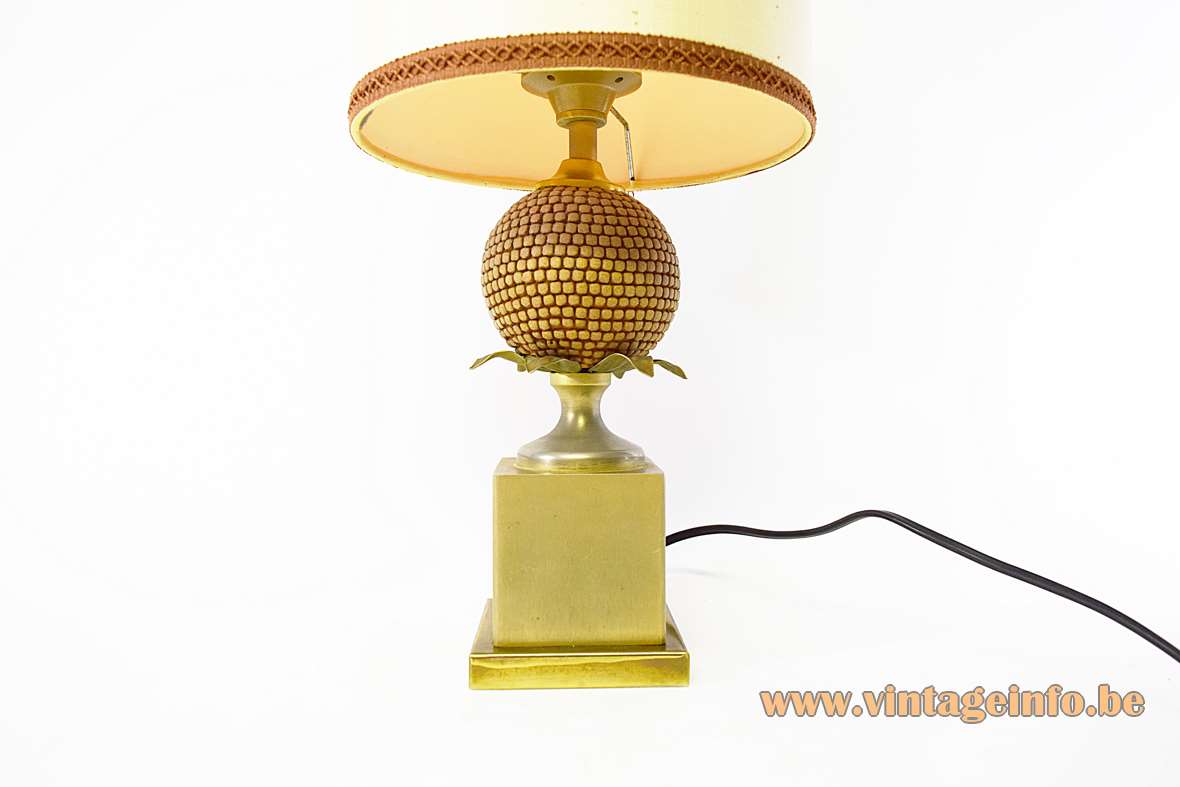 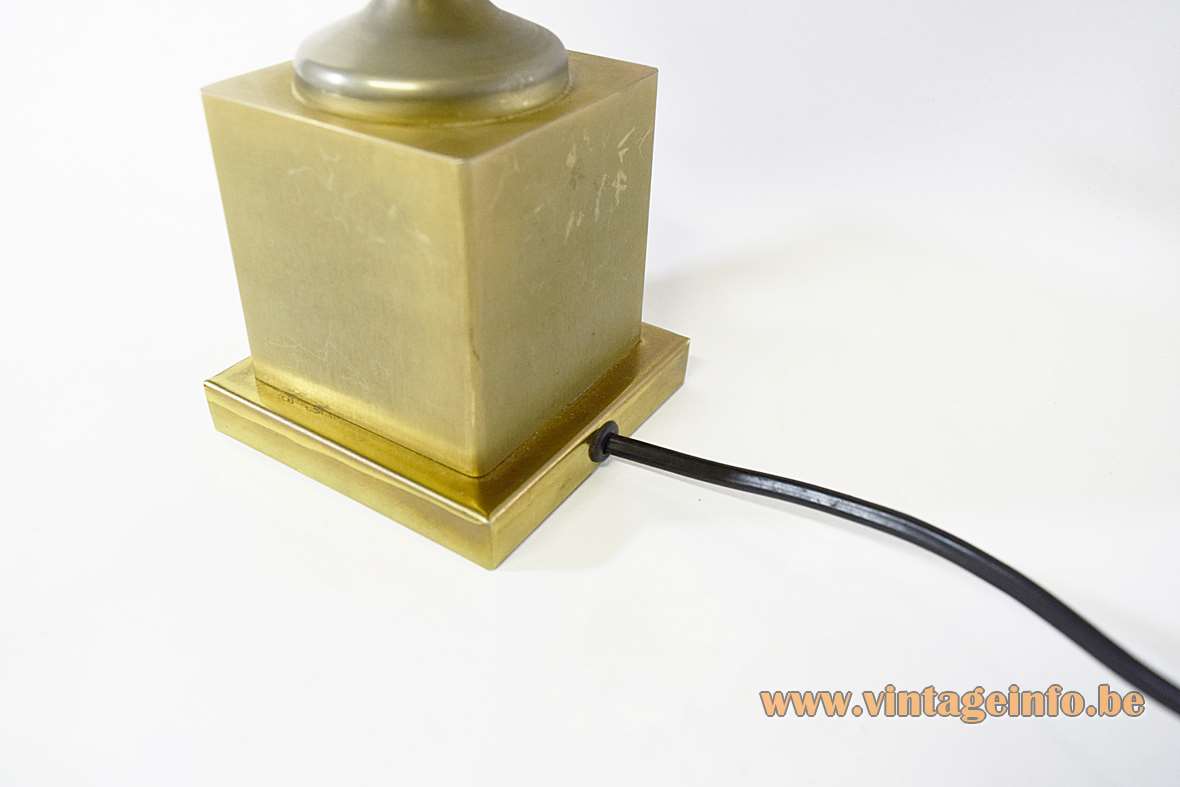 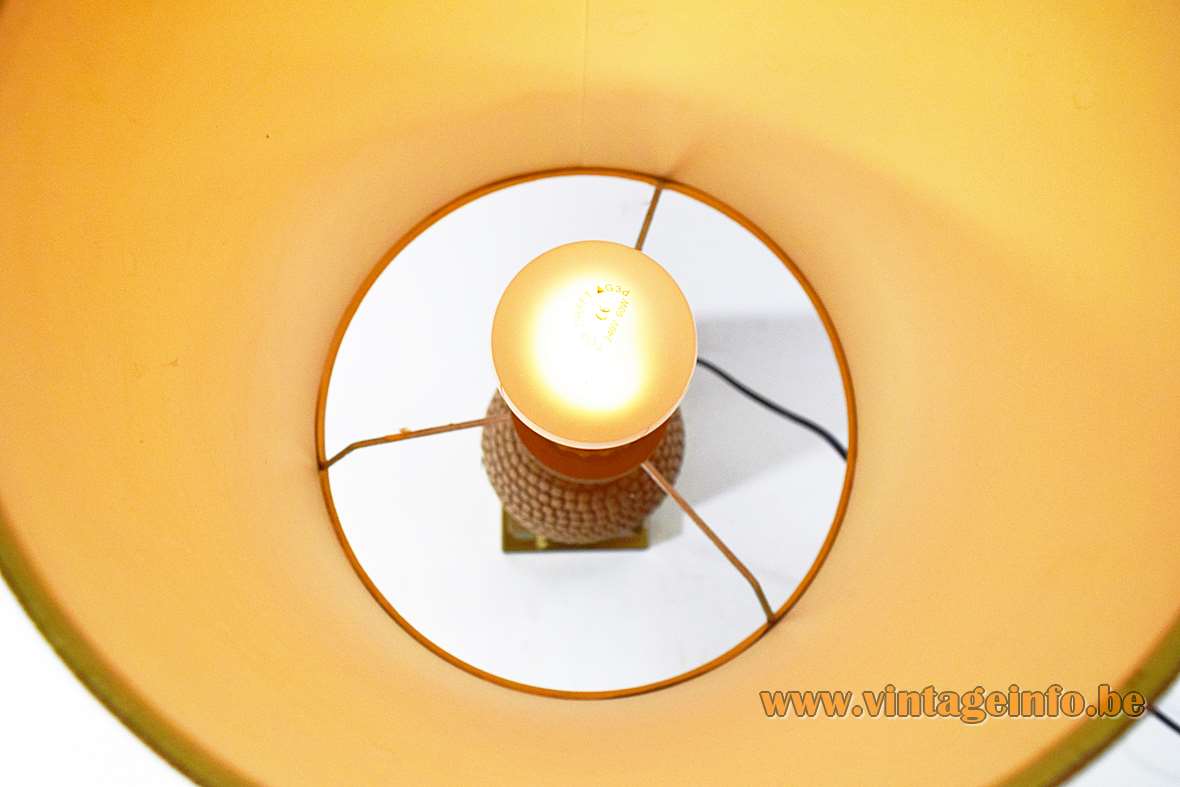 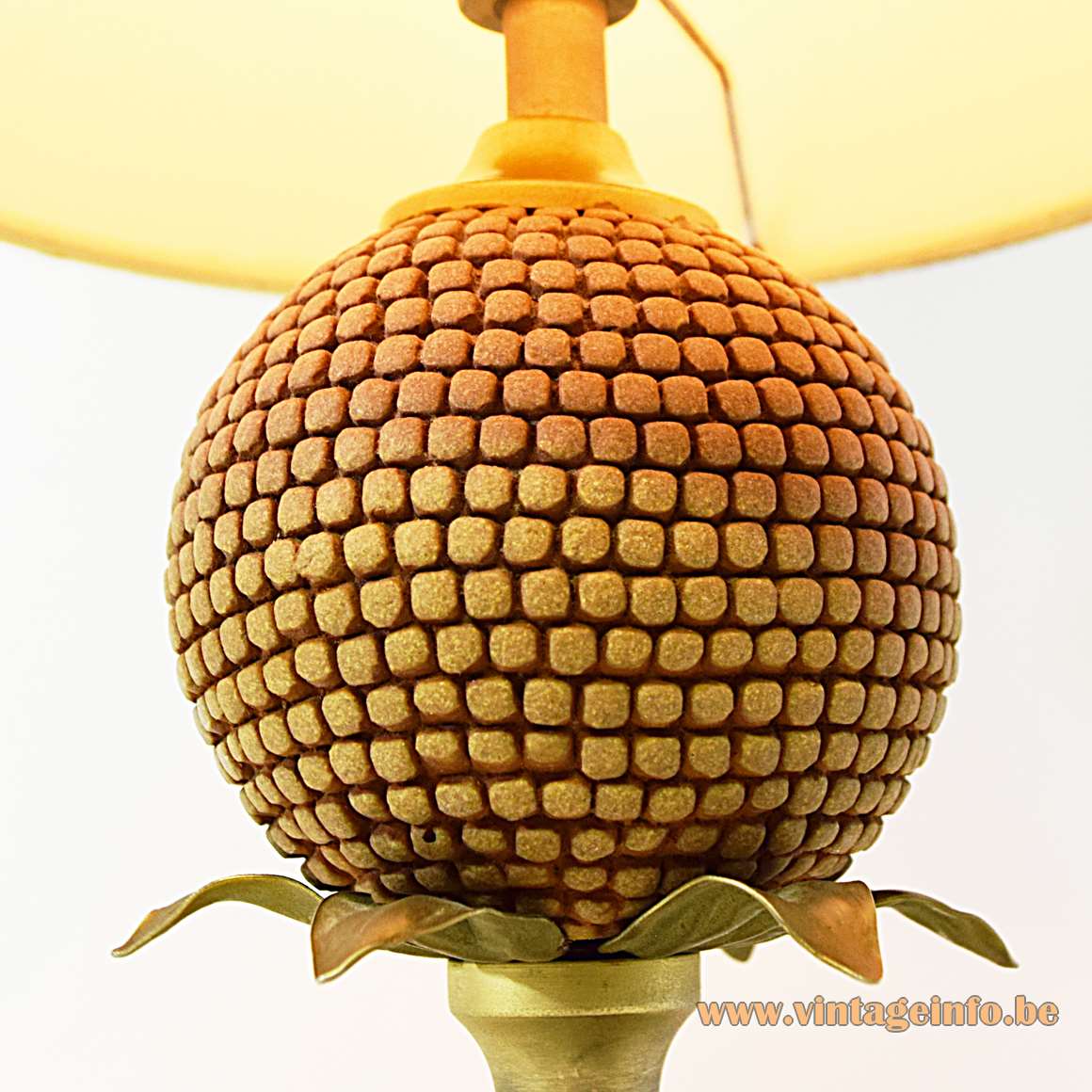 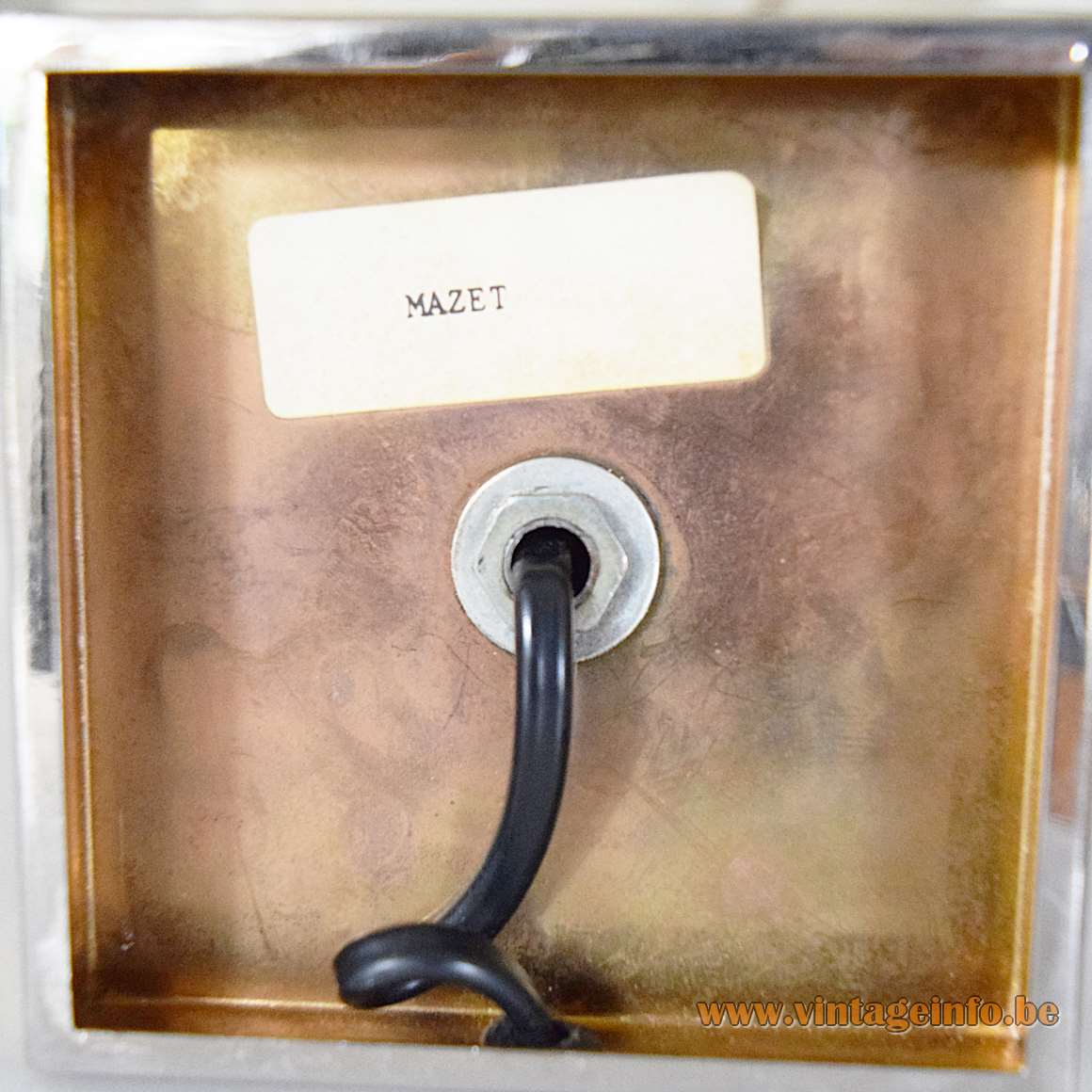 Designer: To be appraised, inspired by a lamp in the form of a corncob made by Maison Charles, Paris.

This table lamp is often sold as a Maison Charles lamp, but it is not. The Maison Charles table lamps always have a stamp in the metal on the back of the base with the company’s name on and they are all handmade and produced in a superb quality.

Other versions: This Le Dauphin corn table lamp exists also in a long, more real corn form version. This lamp has the name “Aquitaine“. This table lamp was probably sold with several other lampshades. A version exists with a black rectangular base, it is named “Versailes“.

Aquitaine is a region in the south of France, along the Atlantic Ocean and the Pyrenees mountain range on the border with Spain.

On the bottom of this round corn lamp is a sticker glued with the text typed (with a typewriter): “Mazet“. A Mazet or maset is a little house in France that is used to store materials but it can also be used as a house for a short stay or summer holiday. Primitive constructed and most of the time used by farmers. Or is it just a variation on maize/corn?