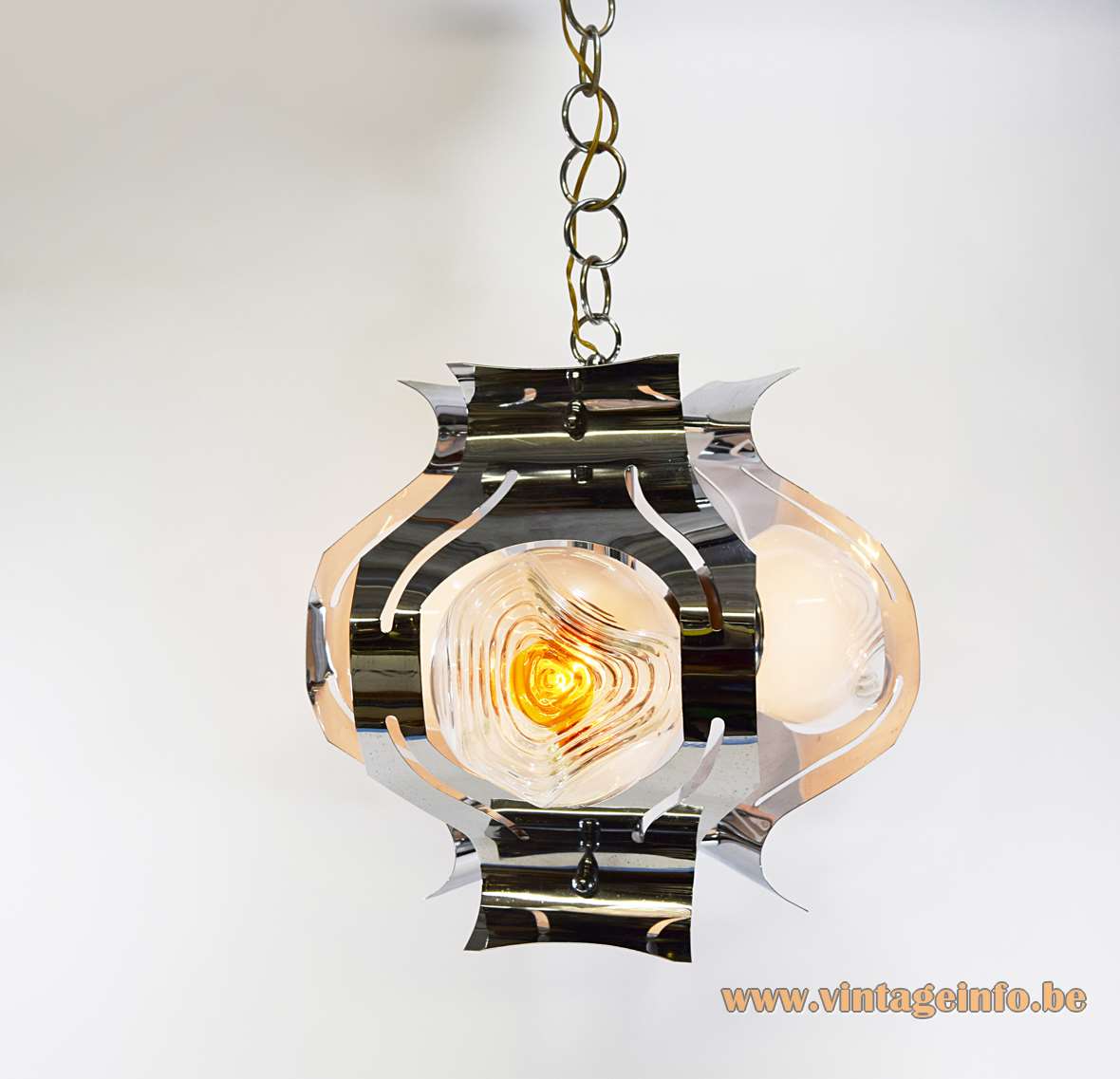 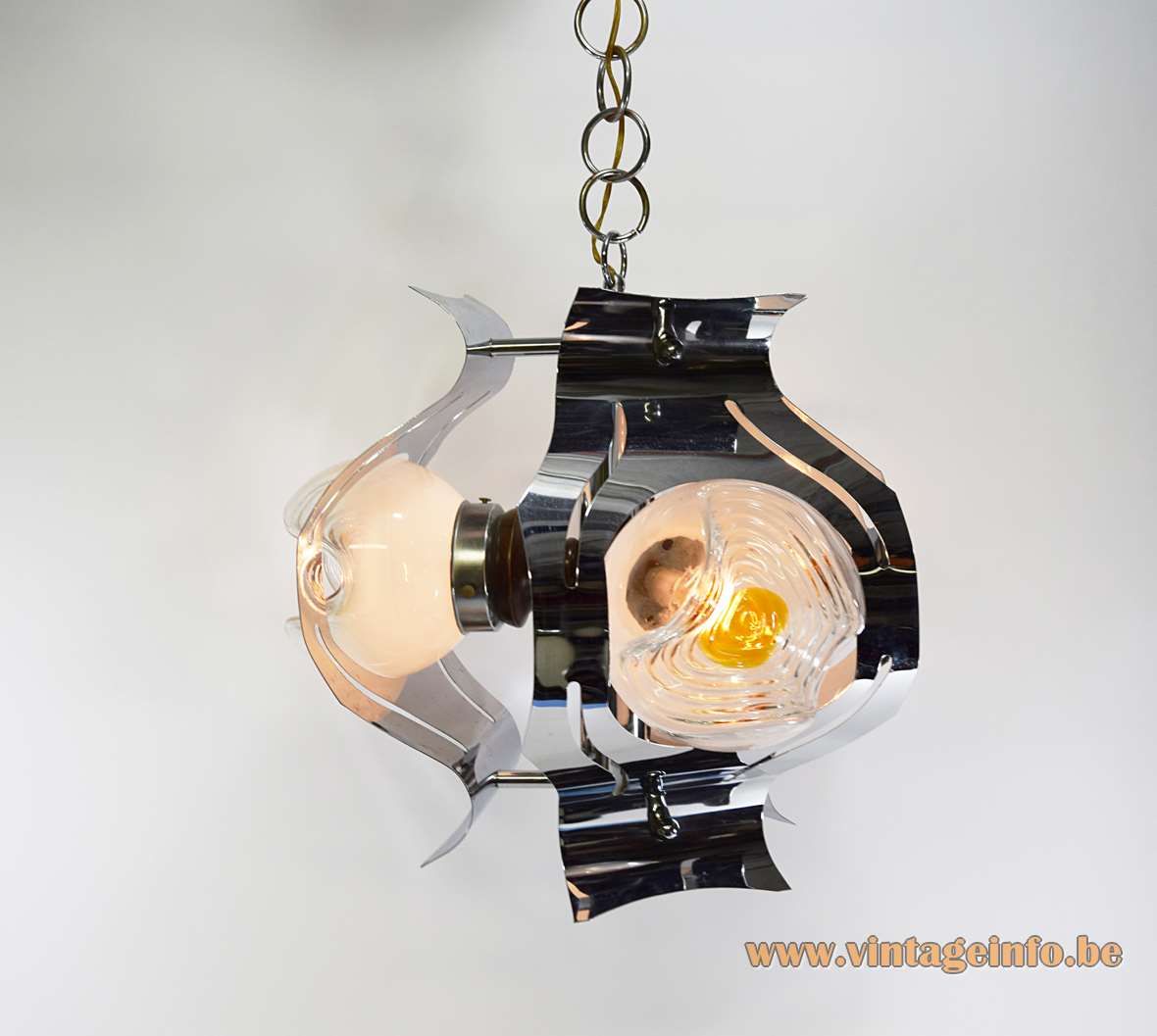 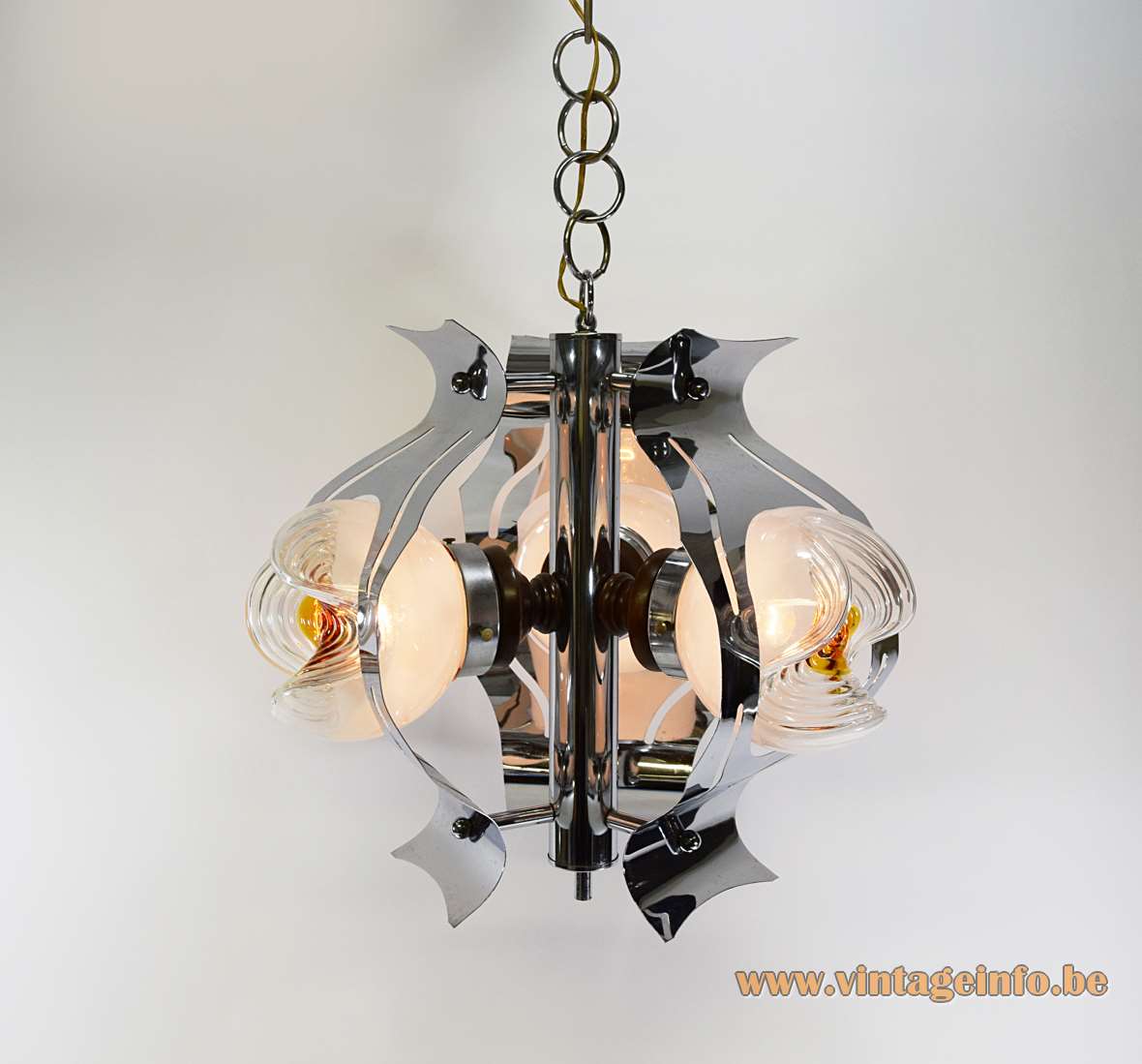 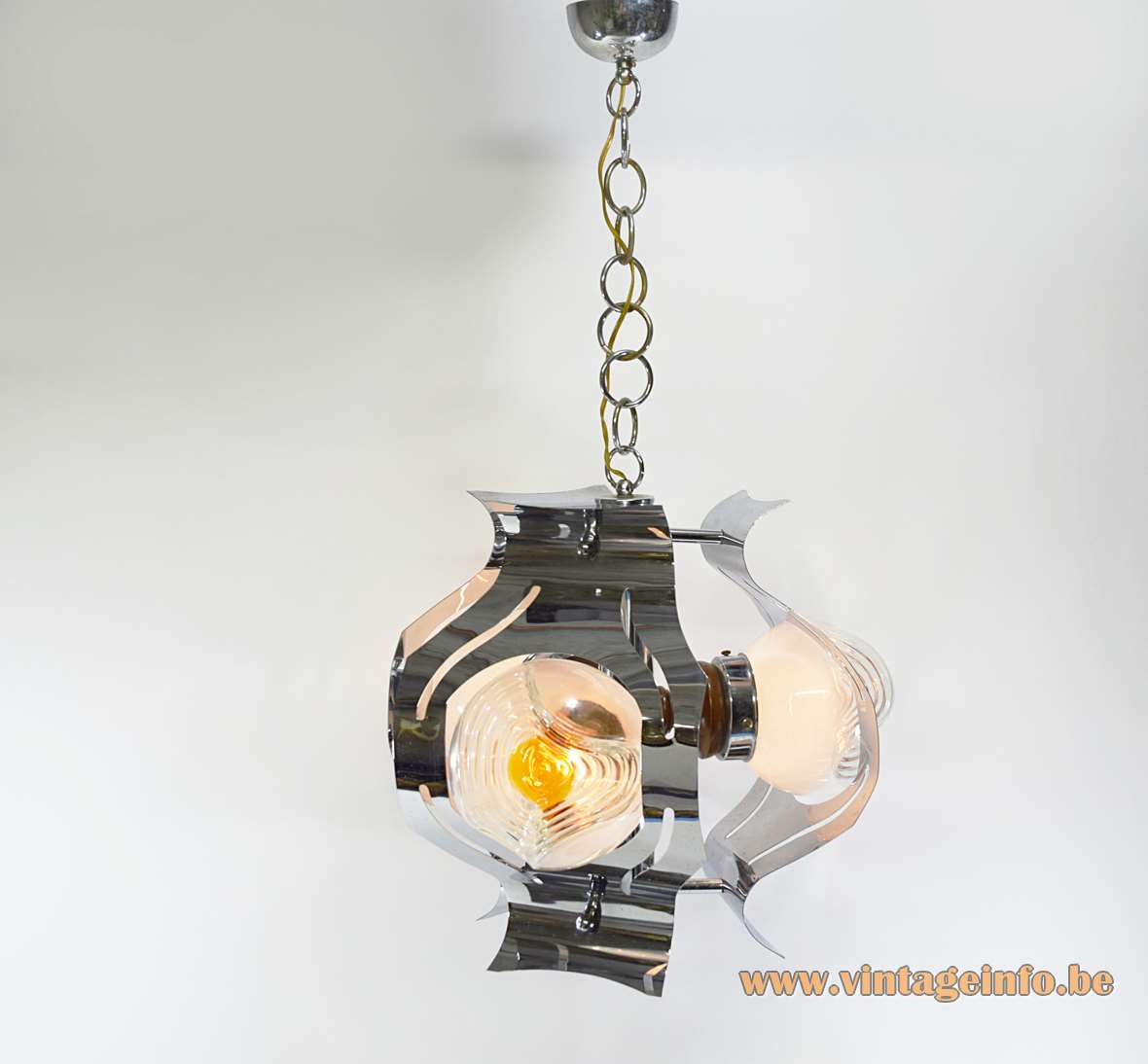 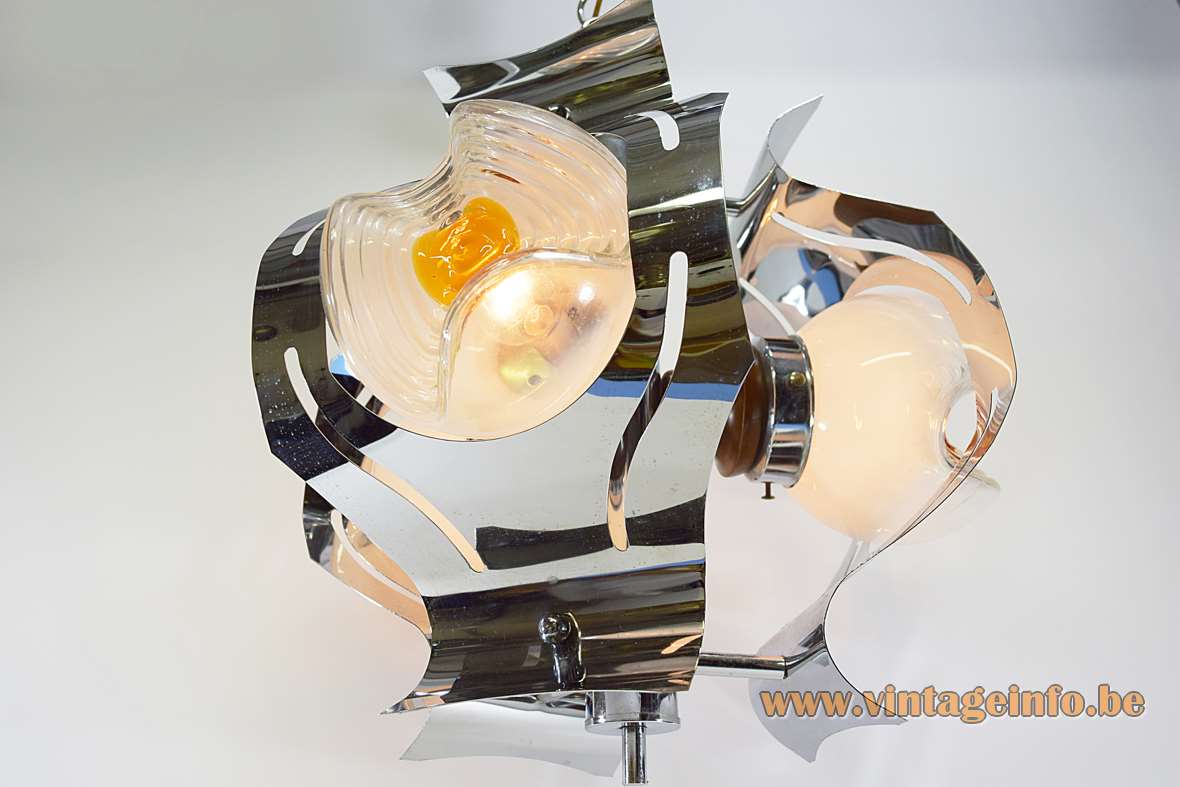 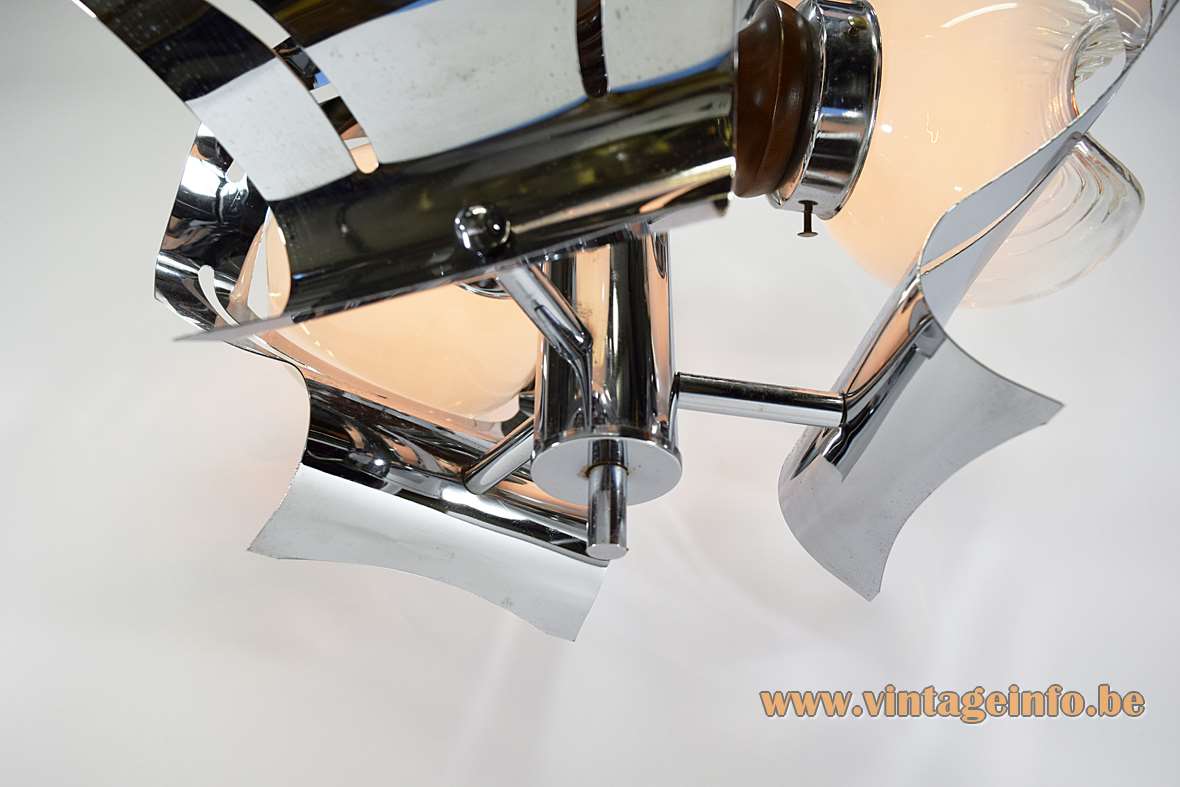 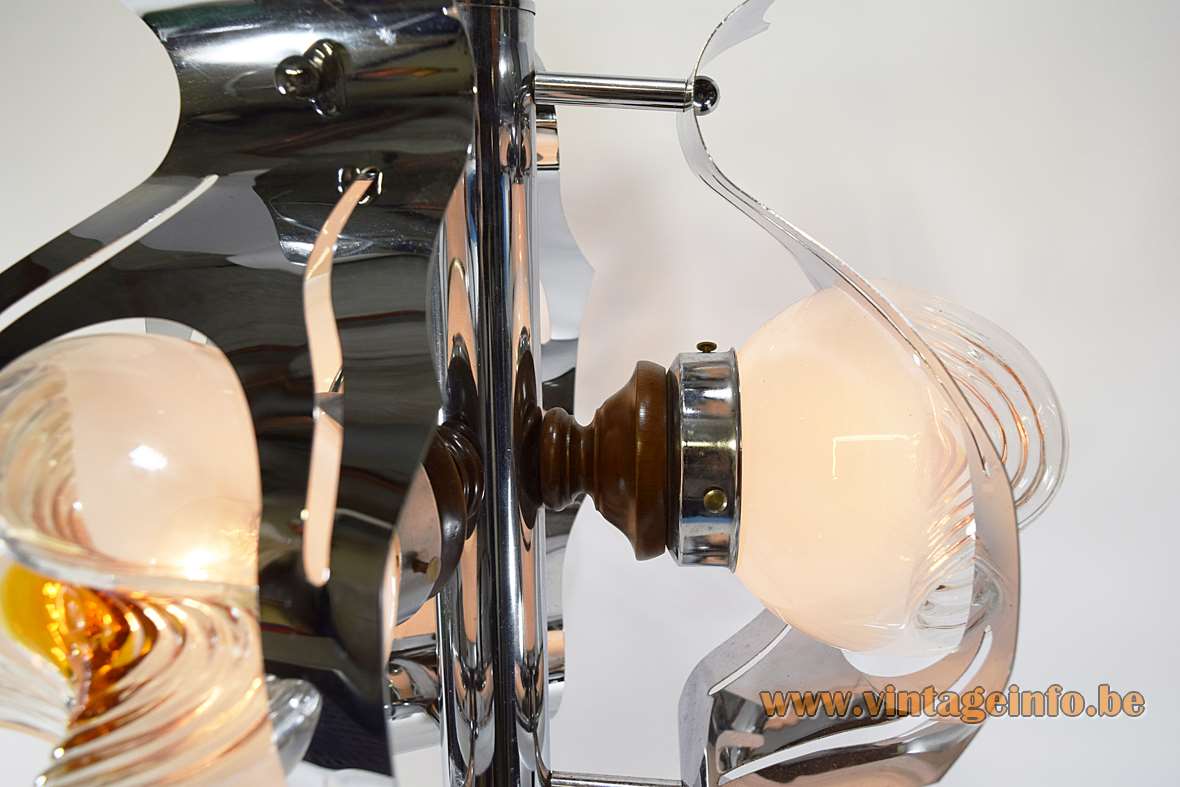 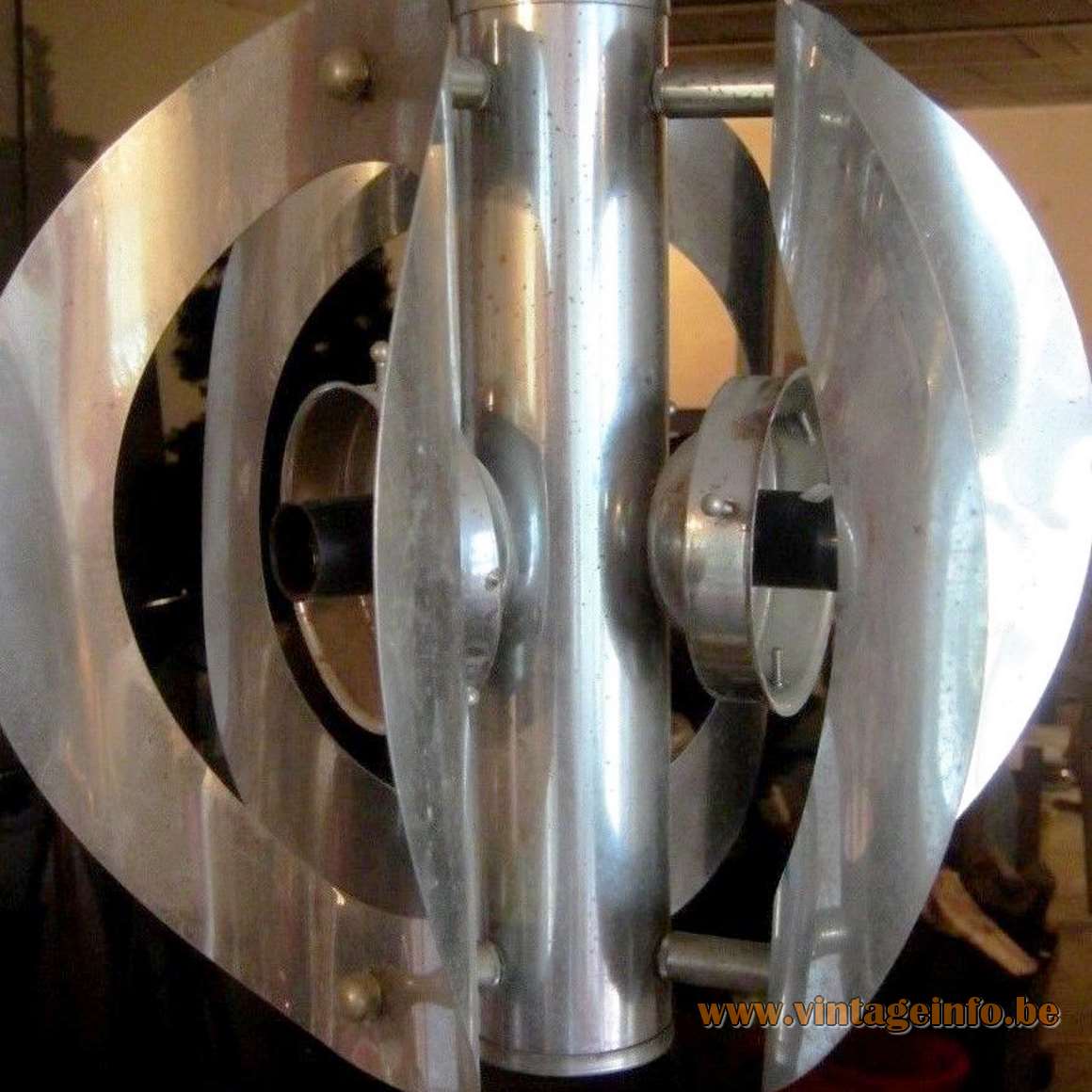 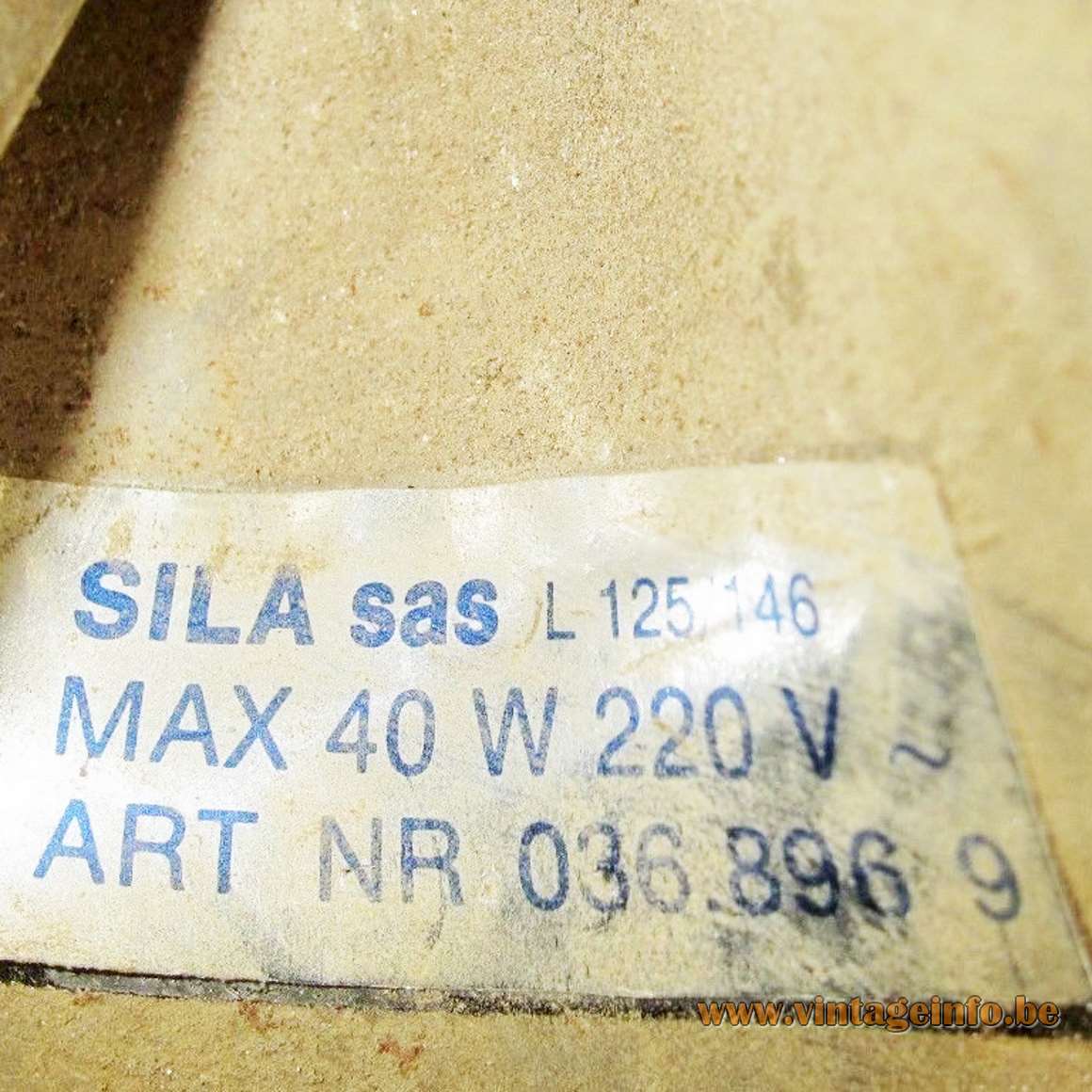 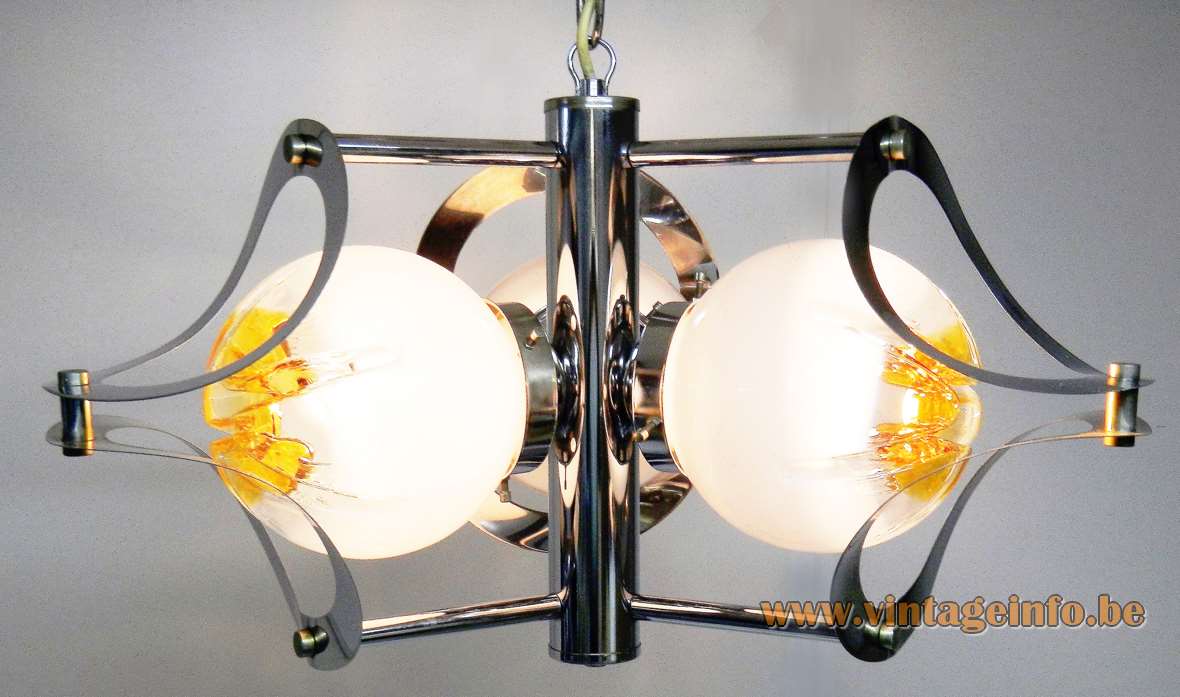 Designer: To be appraised, inspired by a design from Toni Zuccheri and Gianni Bruno Mazzega.

Other versions: This chrome and glass globes chandelier exists in many versions and sizes. Also made as table lamps, floor lamps, flush mounts and wall lamps.

These chandeliers are often sold as lamps made by AV Mazzega, but they are not. The glass is produced in Belgium by Glasfabriek De Rupel (glass factory) from Boom.

They were also sold by other companies as you can see on the label on the left. Unfortunately a search on SILA sas gave no result.

An incredible amount of chandeliers was sold over the years, in all possible variations. You find them everywhere in Europe. It was a huge success for Massive.

In other words: It is not a lamp by AV Mazzega. So many of them have been made, they would have known that.

The glassworks went bankrupt in 1975 after it merges with 3 other Belgian glass companies: Doyen, Boussu and Verreries Nouvelles de Manage (New Glass-works of Manage). The fusion was without success. Glass production in Belgium became to expensive. De Rupel was the only factory that made a slight profit. The joint name was MANUVERBEL (Manufacture Belge du Verre – Belgian Glass Factory).

Massive is in origin a bronze foundry and they made mainly candlesticks, crucifixes and chandeliers in Wilrijk near Antwerp, Belgium. The company was founded in 1926 by Pieter-Jozef De Jaeck. His son Eddy De Jaeck was responsible for the huge expansion of the company in the 1970s. But it were his sons, Piet and Jan De Jaeck who made Massive a true multinational. Thus, they moved production to Eastern Europe and China. 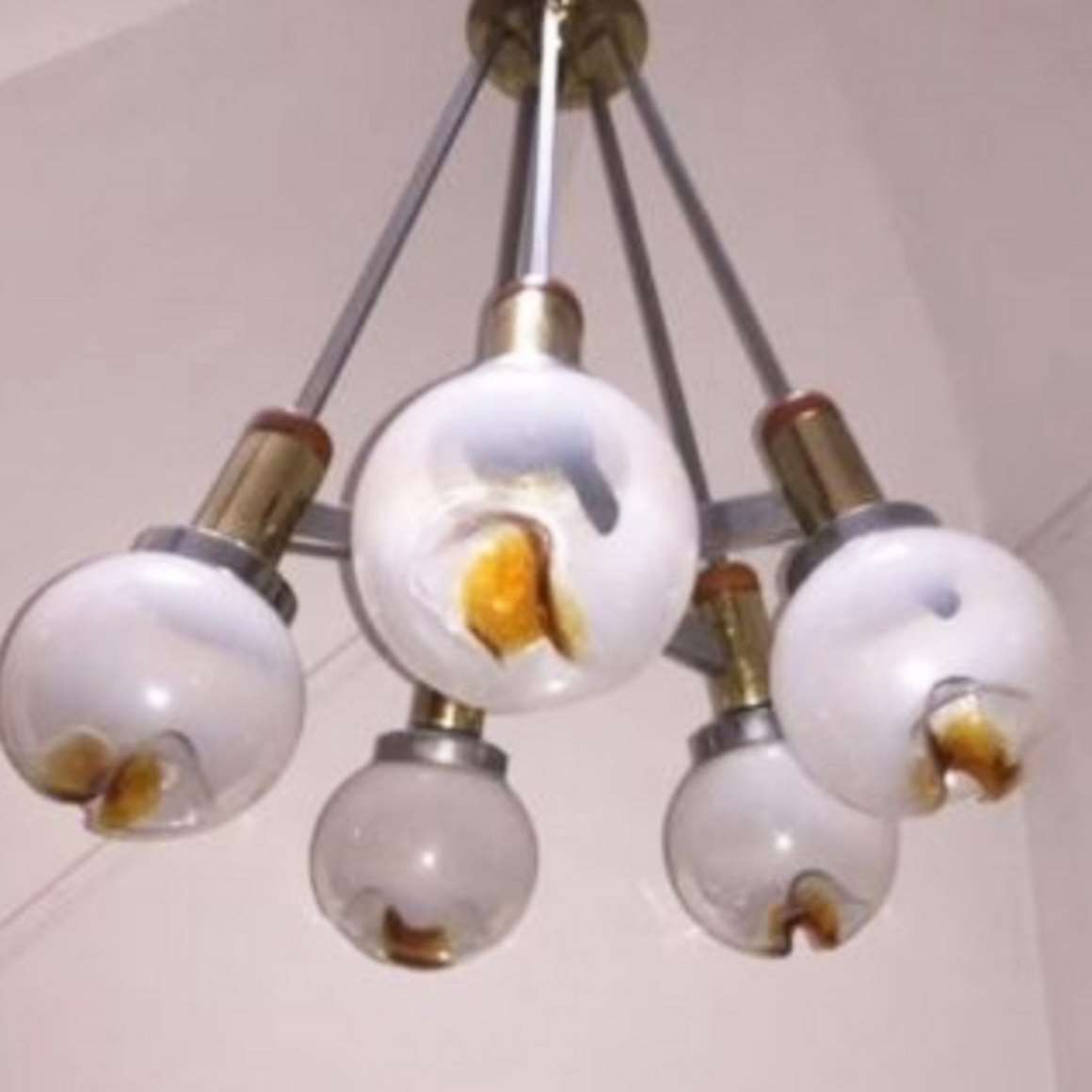 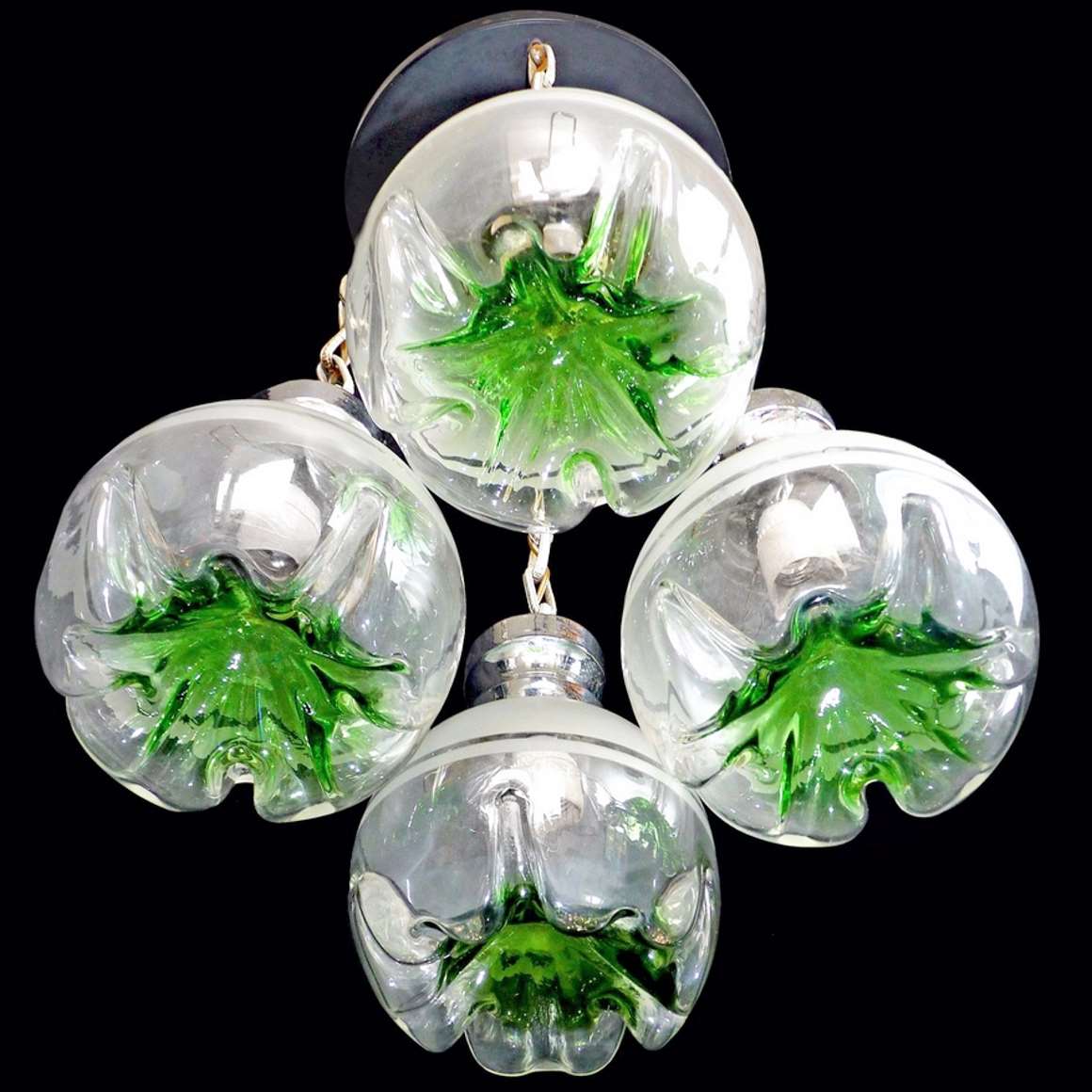 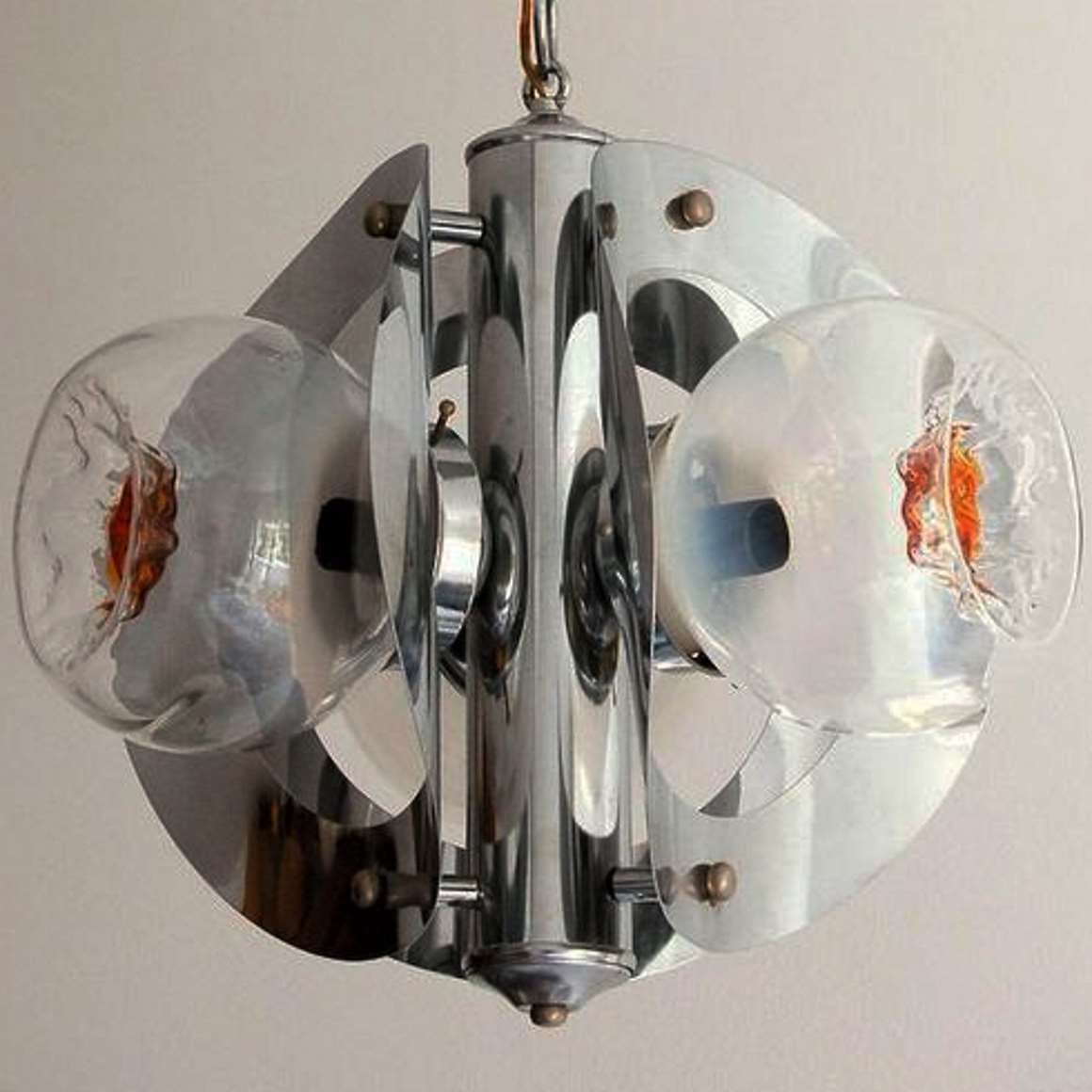 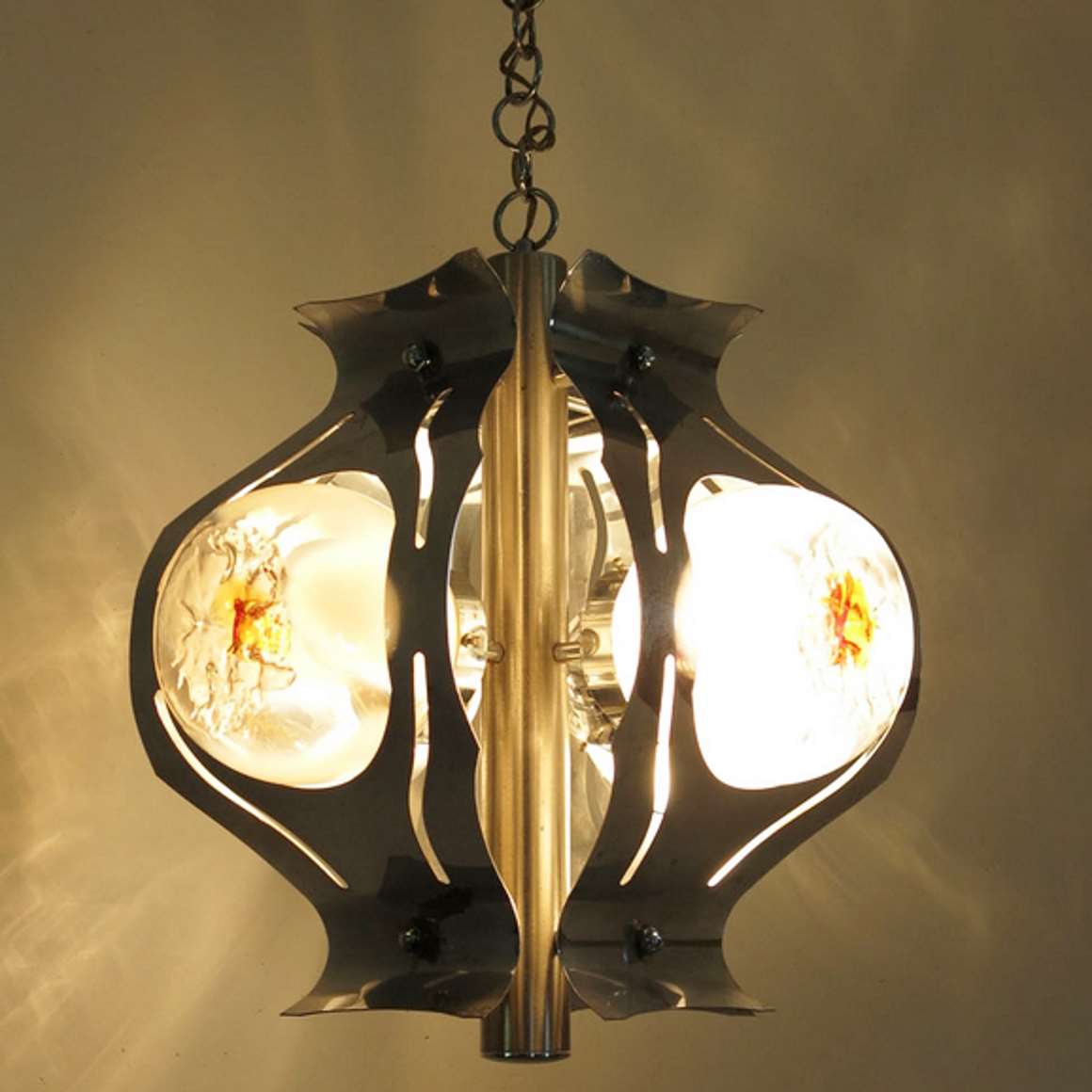 Many thanks to Ger for some additional photo’s and all the help. Many thanks to Fons Vandervaeren for the enlightening information. His grandfather Alfred Moens was one of the founders of De Rupel. You can find his website about De Rupel over here.