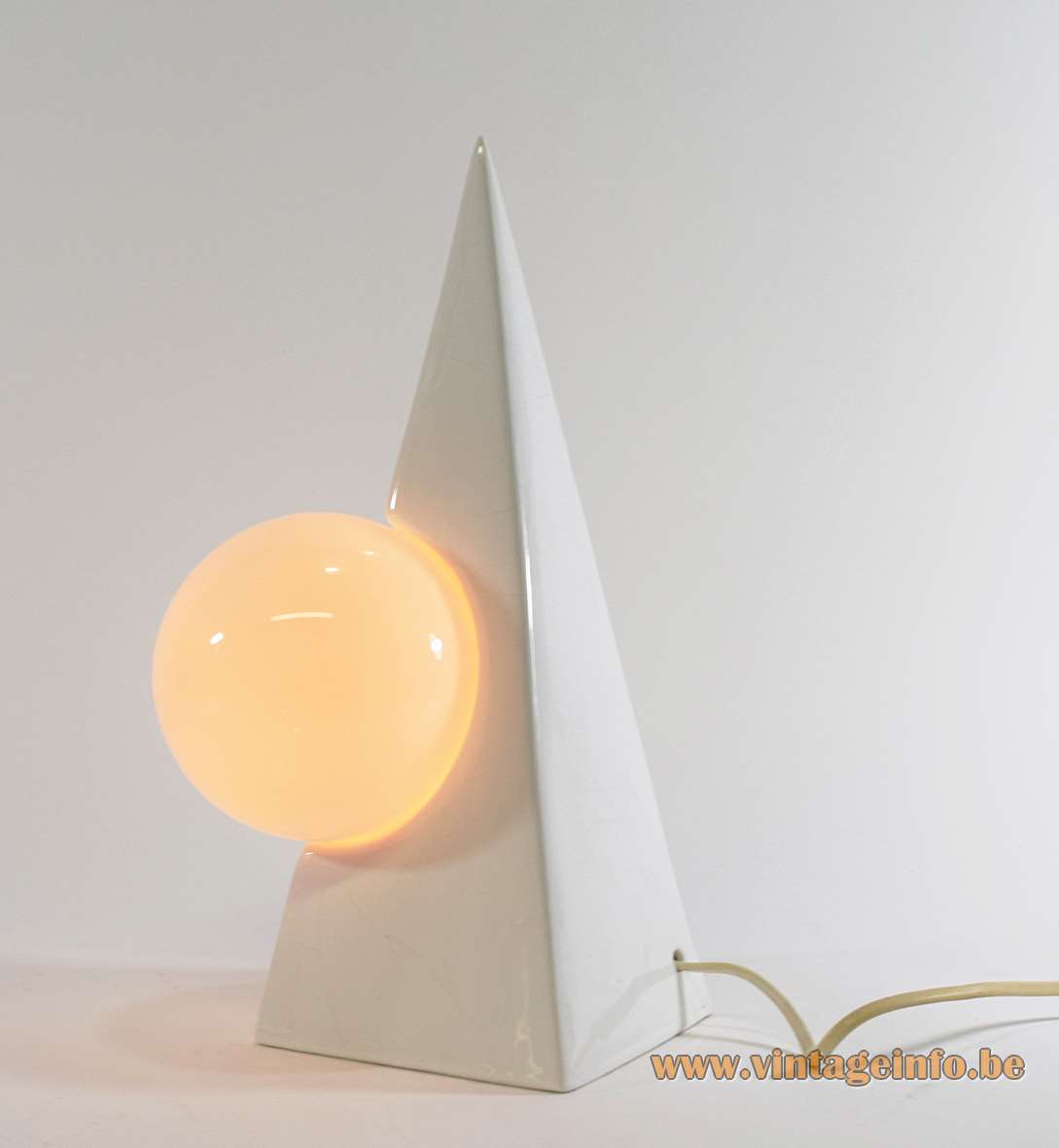 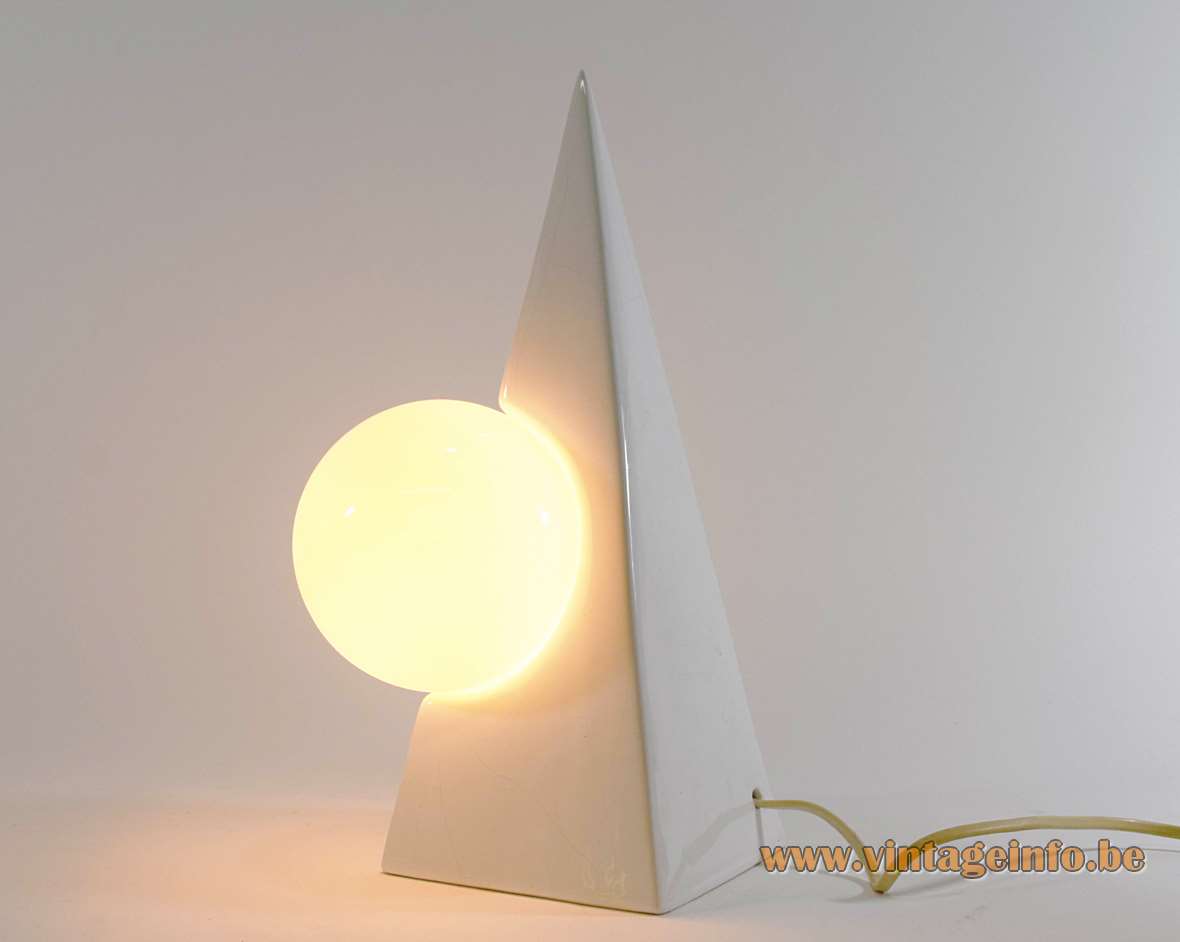 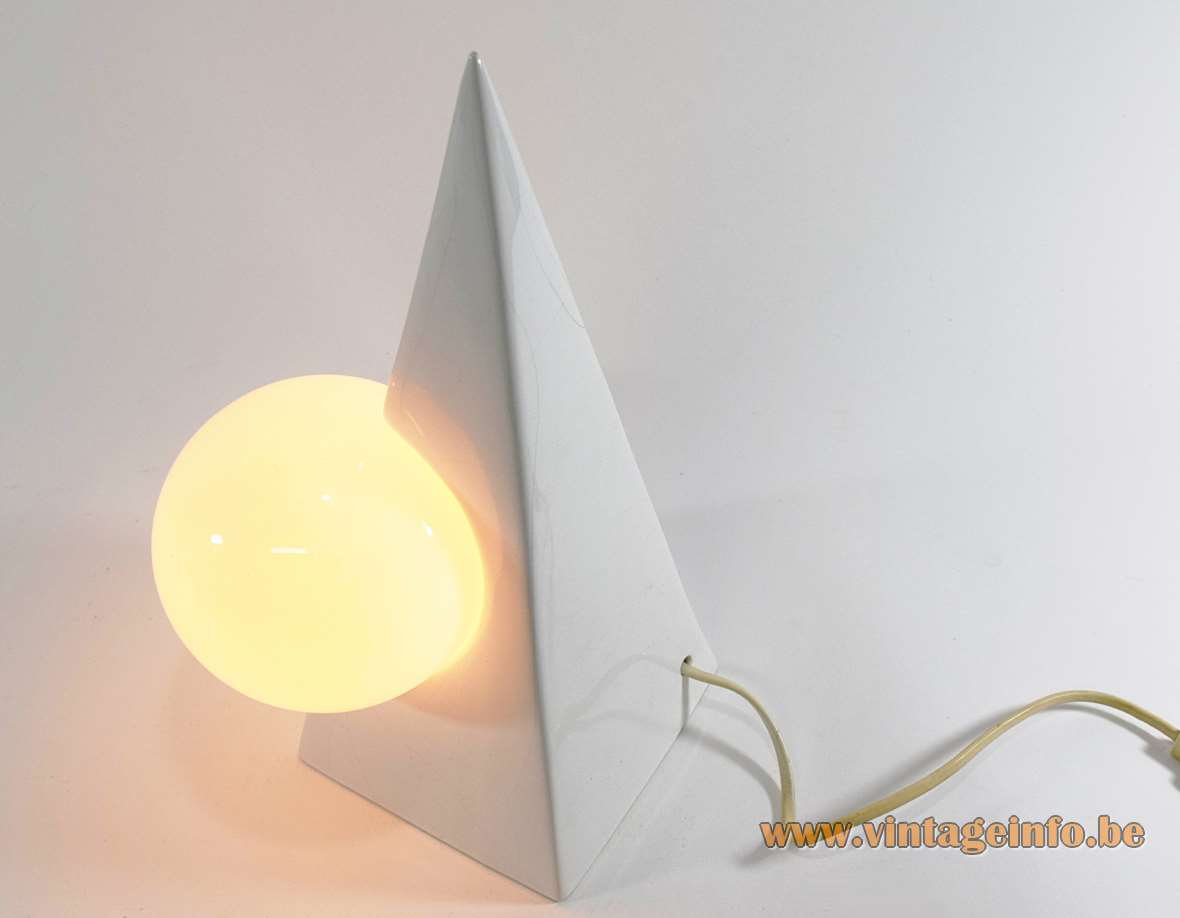 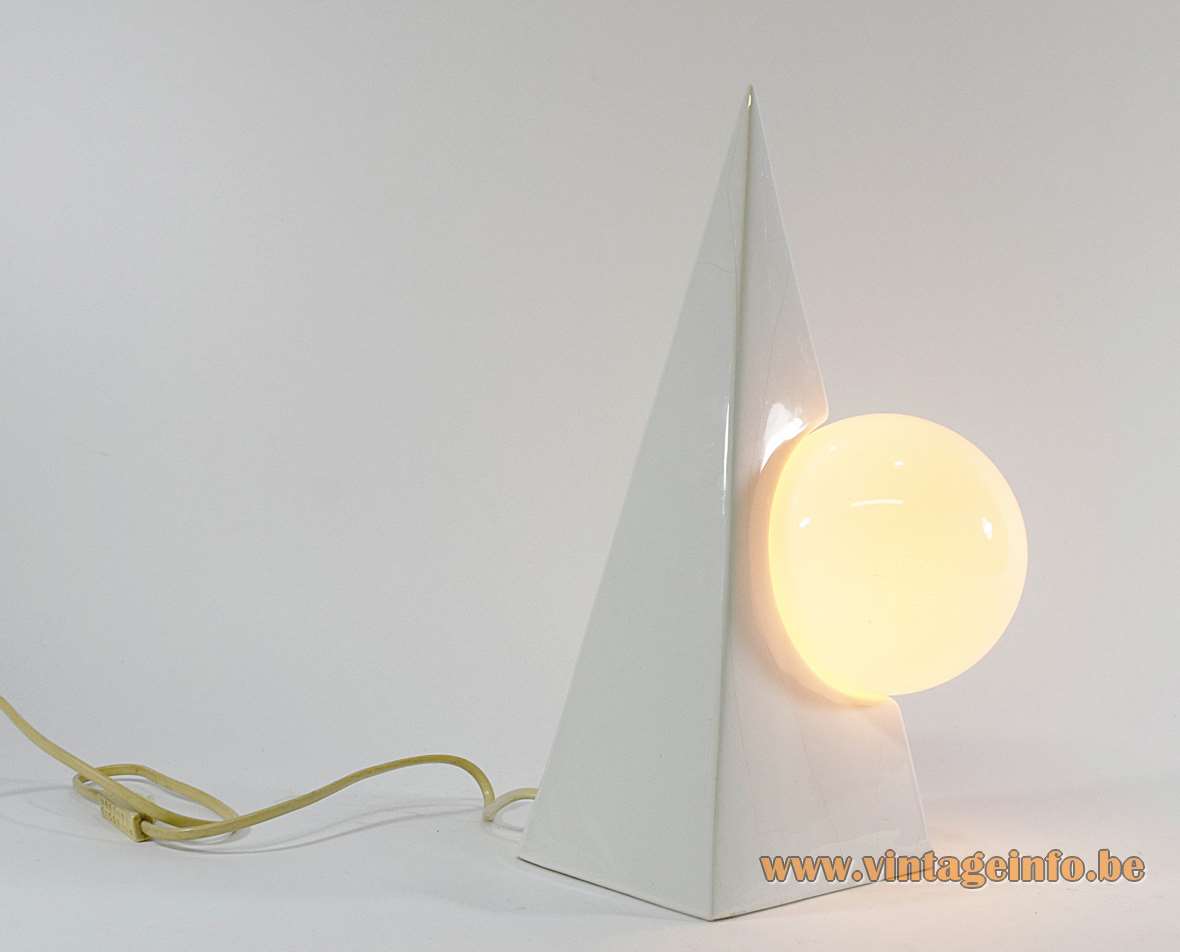 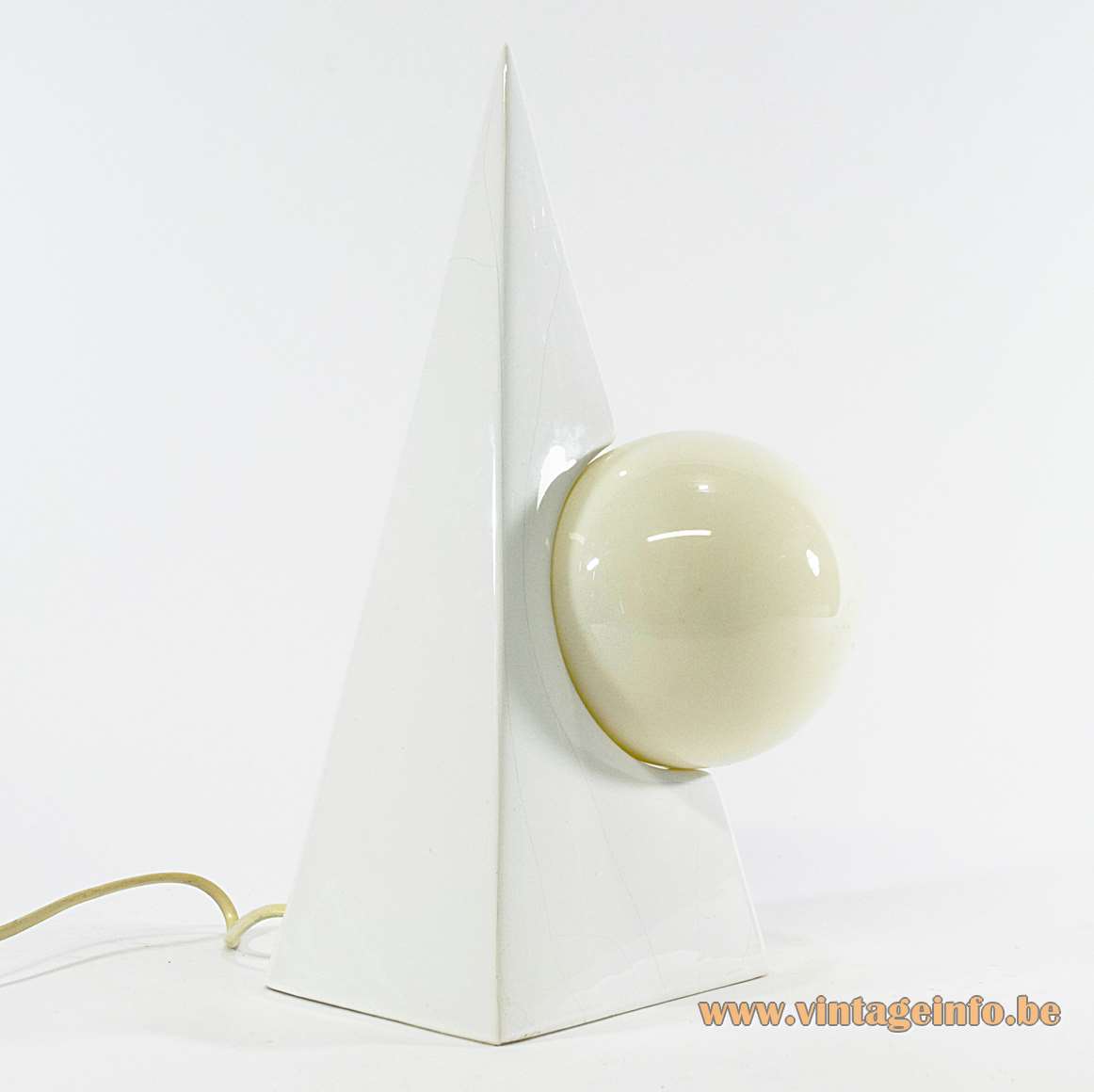 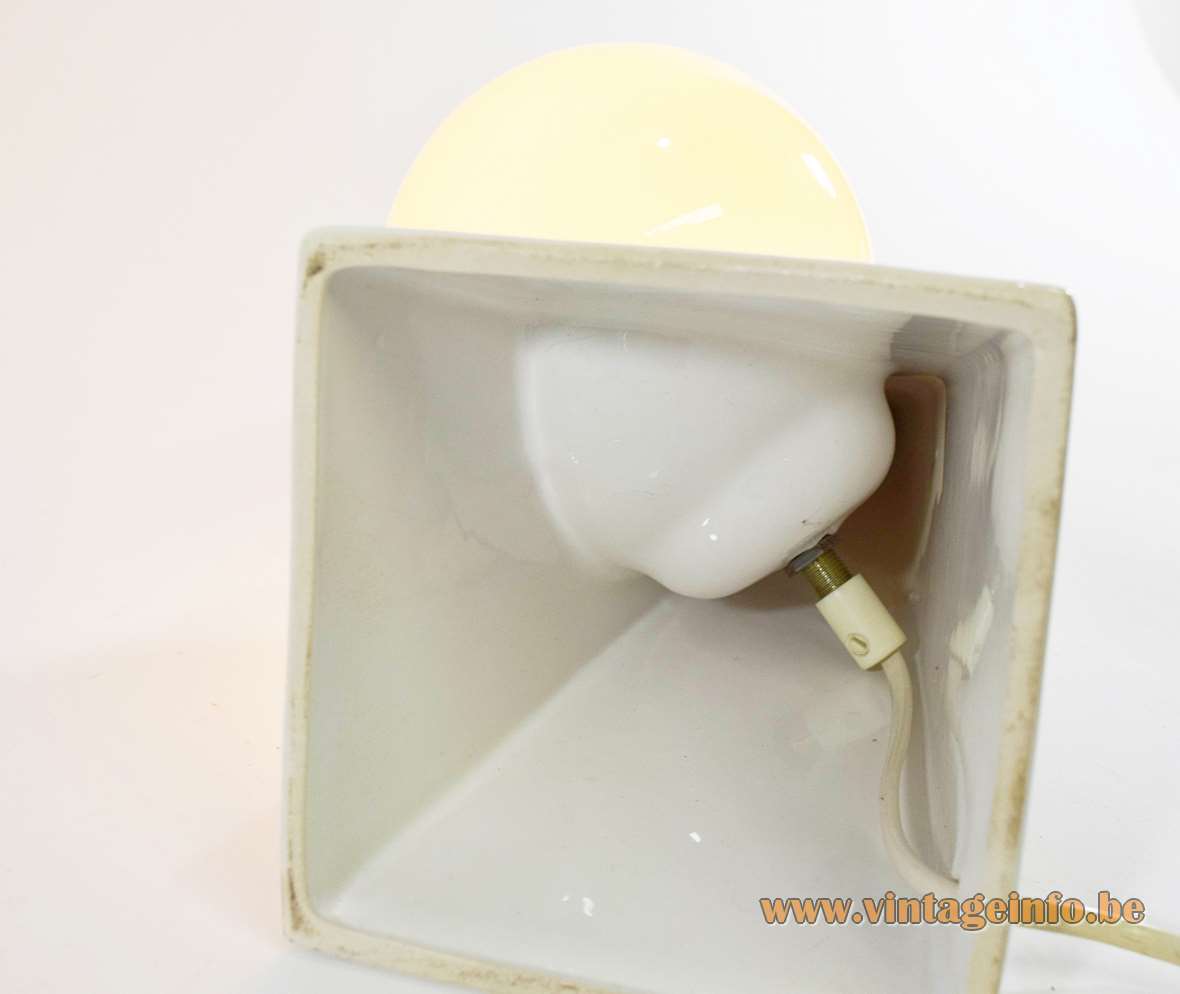 Materials: White glazed ceramics or porcelain base. White painted glass globe, painted on the inside. Some metal and plastic parts. Bakelite E14 socket.

Other versions: This 1980s pyramid globe table lamp exists in several colours and was also produced in a round version, as you can see below. For some, probably cheaper, reason the globe was painted white on the inside. It is not an opal glass globe. Something you can see more at Massive lamps.

This 1980s pyramid globe table lamp is made in the famous Memphis style. The Italian Memphis Group was a design and architecture group founded by Ettore Sottsass (1917-2007) in 1981 in Milan. The Memphis Group members designed Postmodern furniture, lights, fabrics, ceramics, glass and metal objects from 1981 to 1987.

The Memphis name was taken from the Bob Dylan song “Stuck Inside of Mobile with the Memphis Blues Again“. The song was played constantly during the first meeting of the designers on the 11th December 1980. 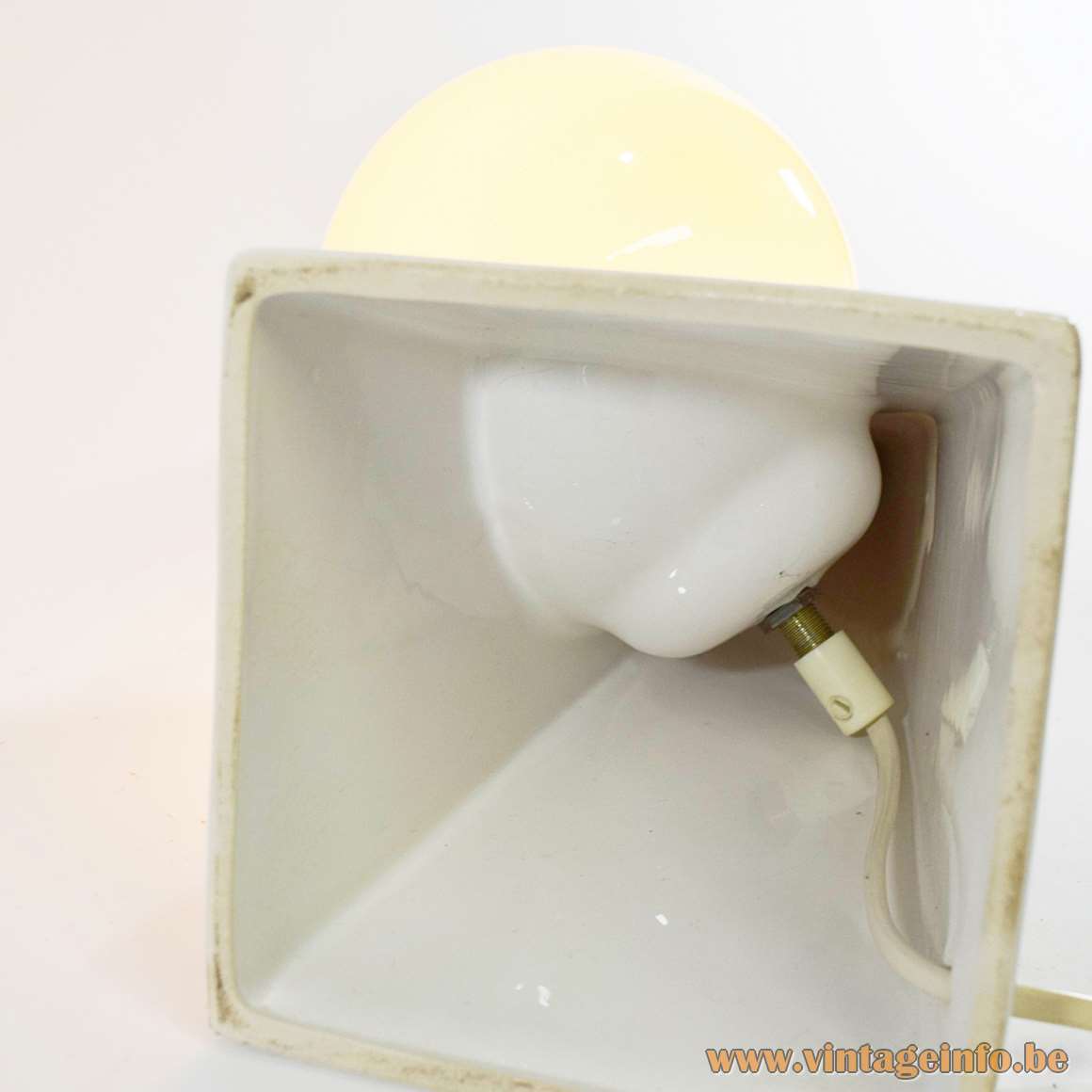 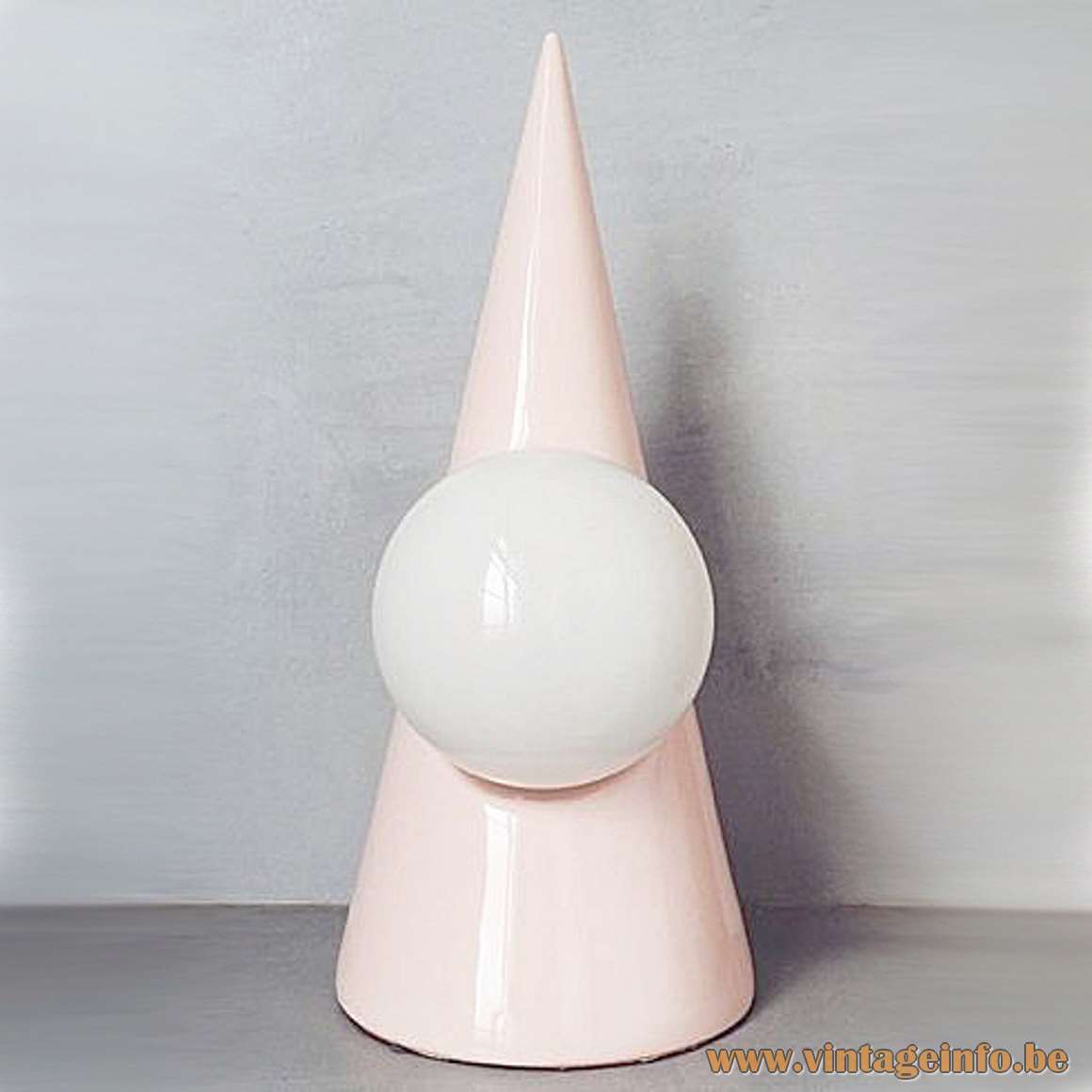