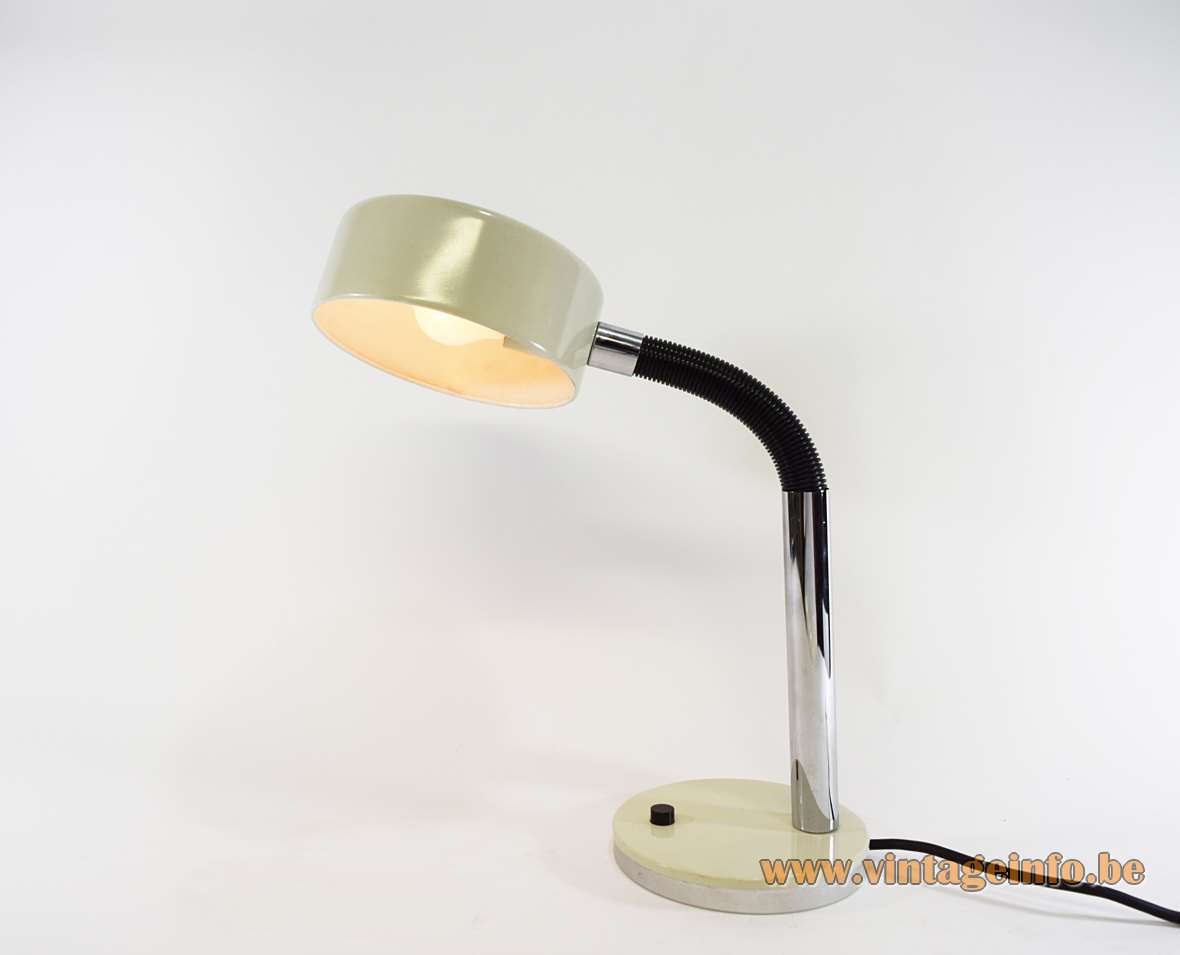 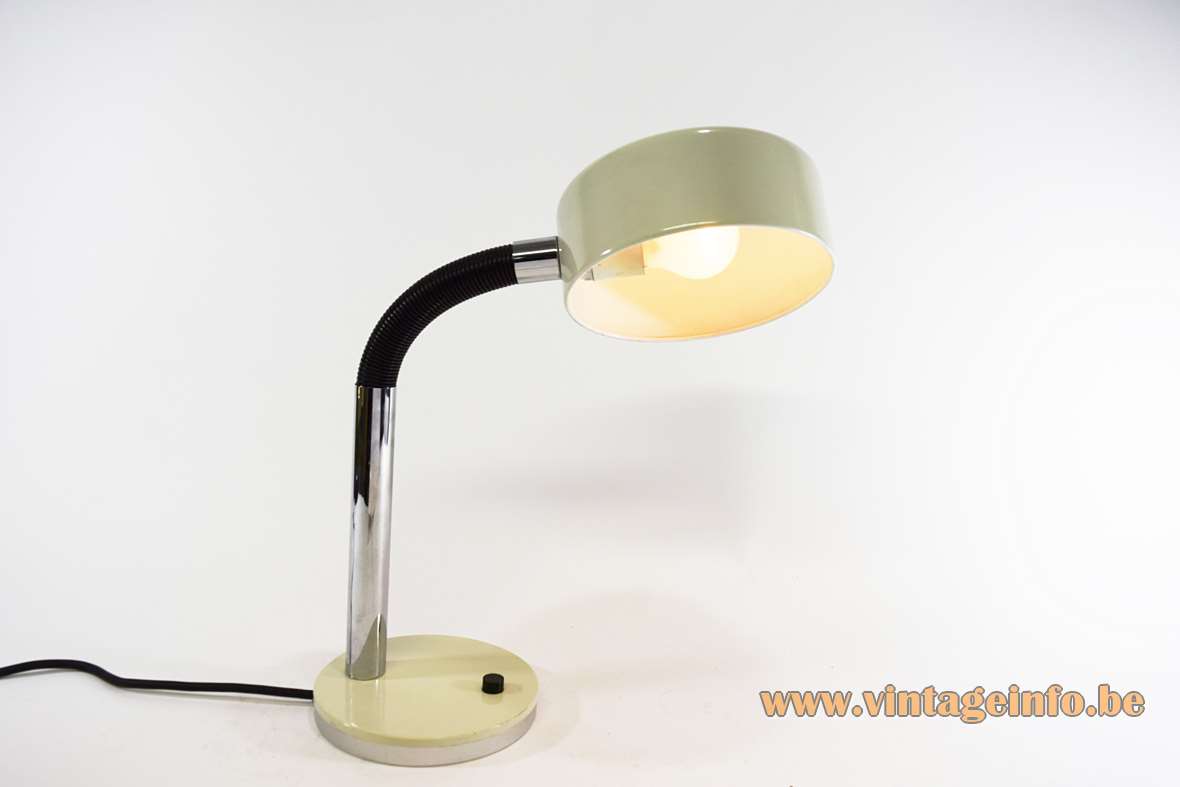 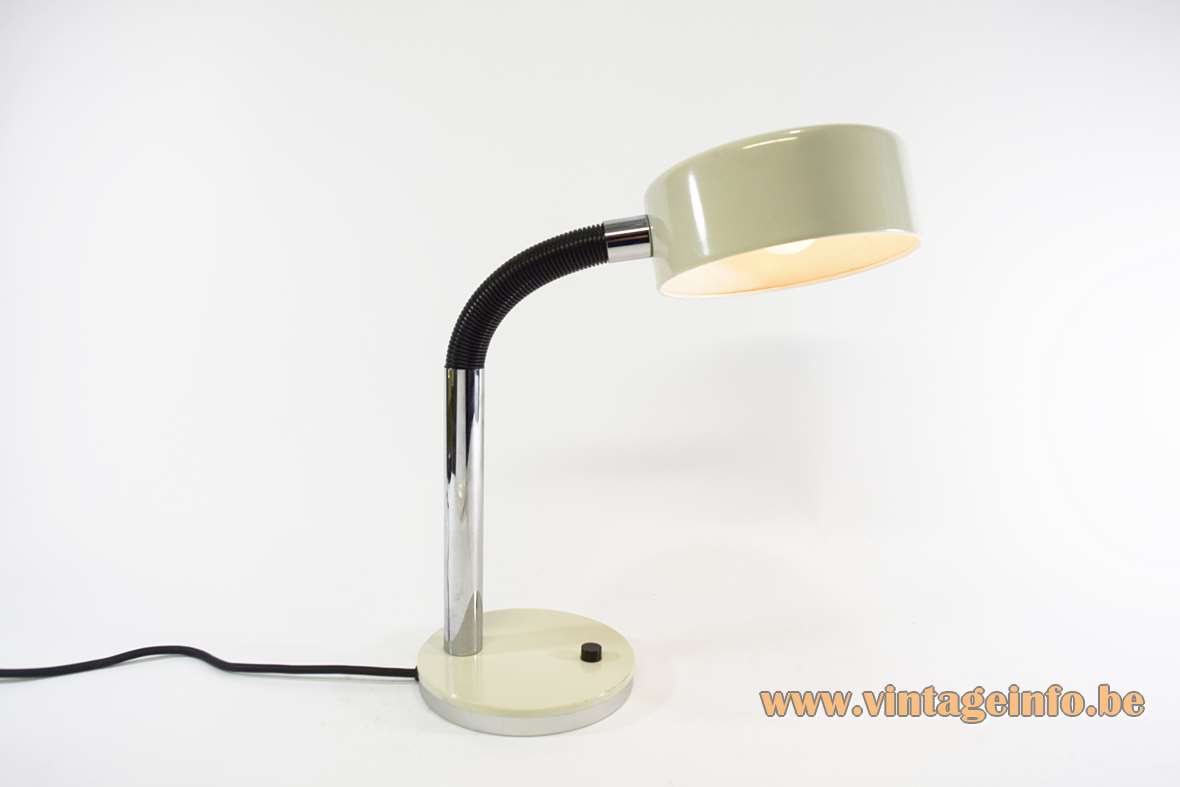 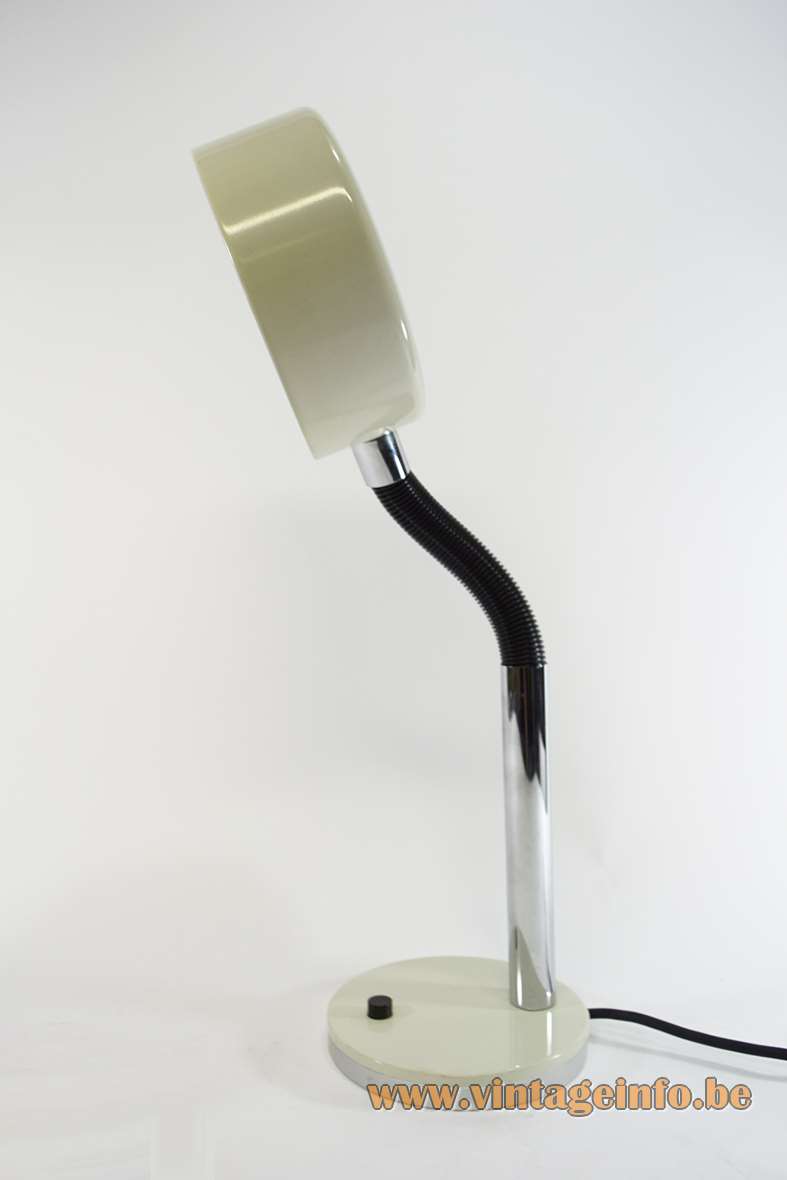 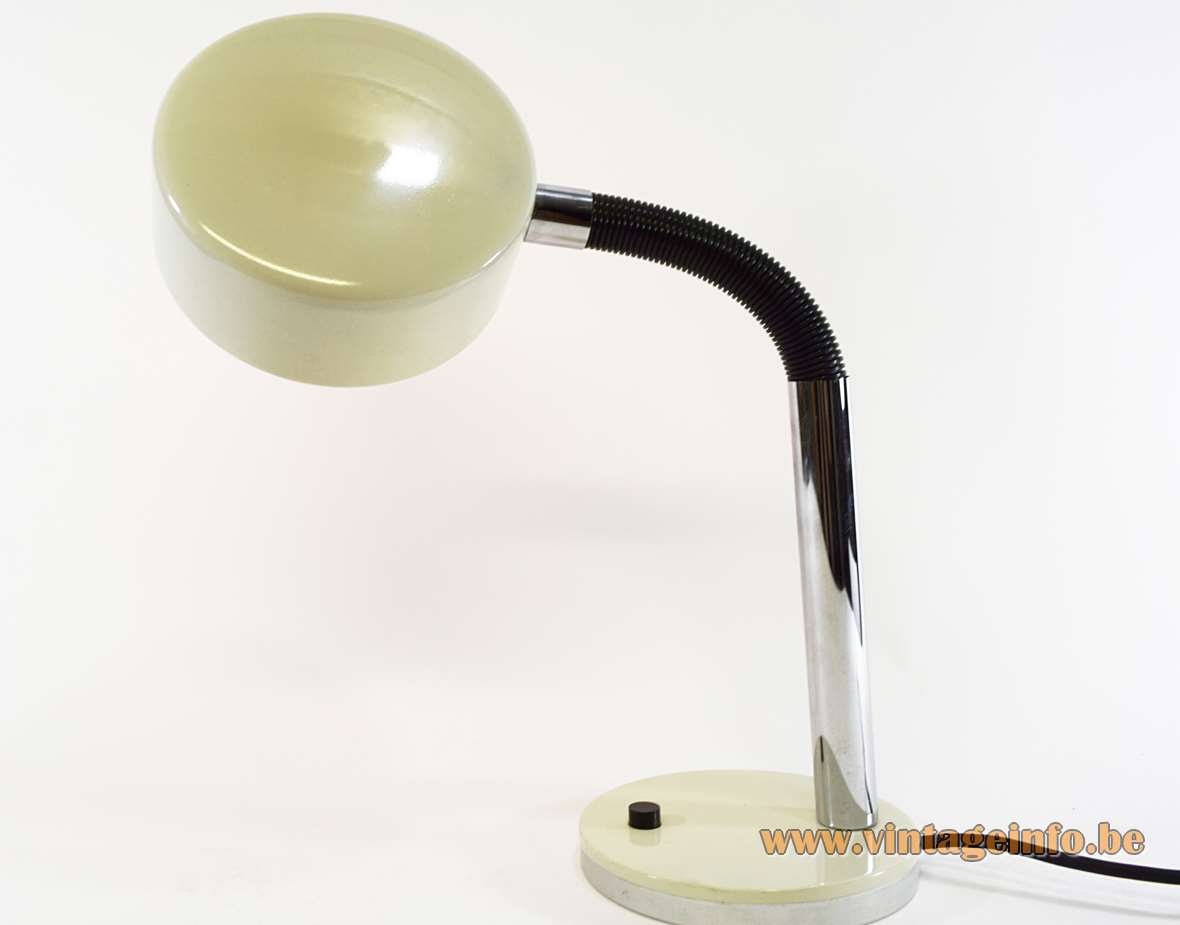 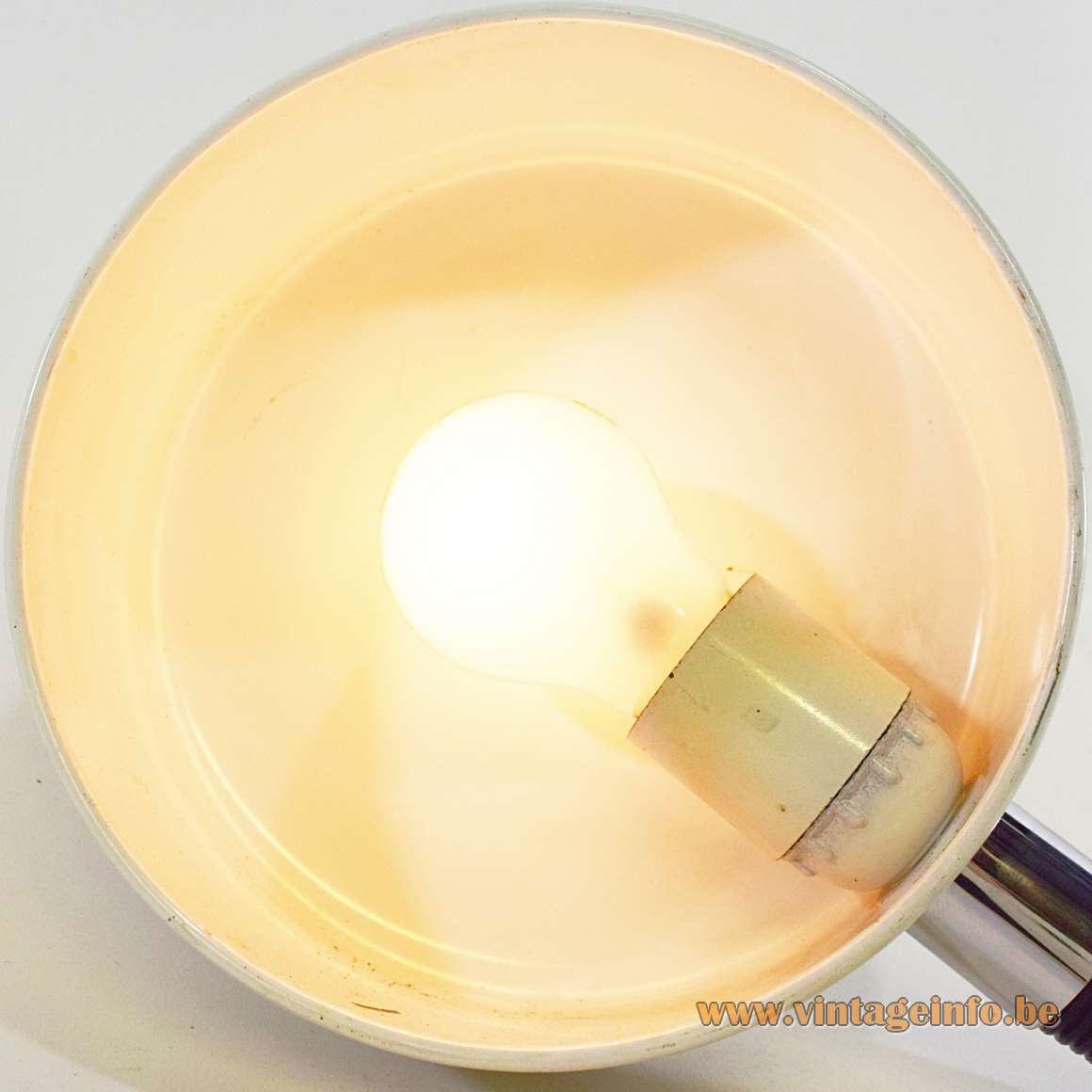 Other versions: This 1970s Hala gooseneck desk lamp exists in several colours. Also a chromed version was made, except for the black plastic tube.

The company’s origin is in Hanover, Germany. The name is derived from the Hannoversche Lampenfabrik GmbH, founded in 1920. HALA Hanover ended business in the 1960s. Both companies sold the same lamps and used similar catalogues. Hala from The Netherlands never stopped business.

The complete history of the company can be found here on Vintageinfo.