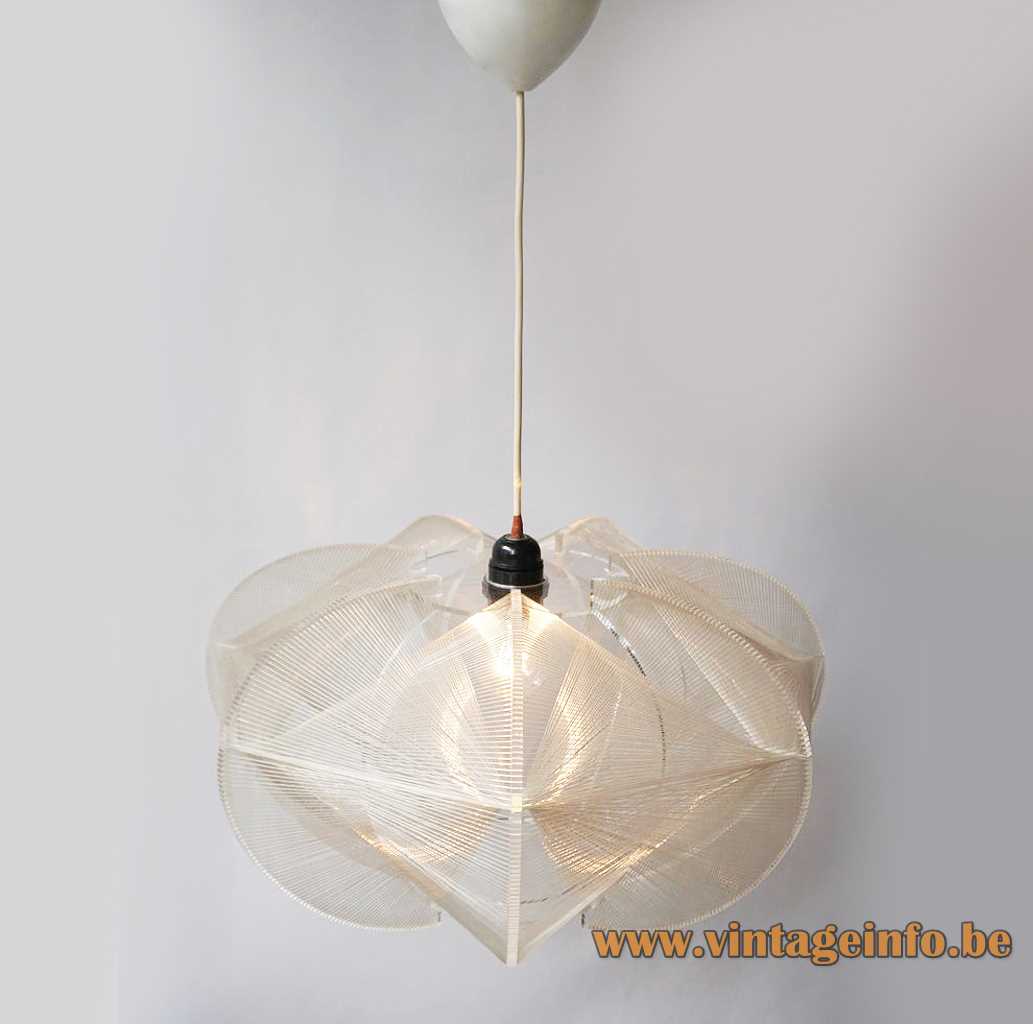 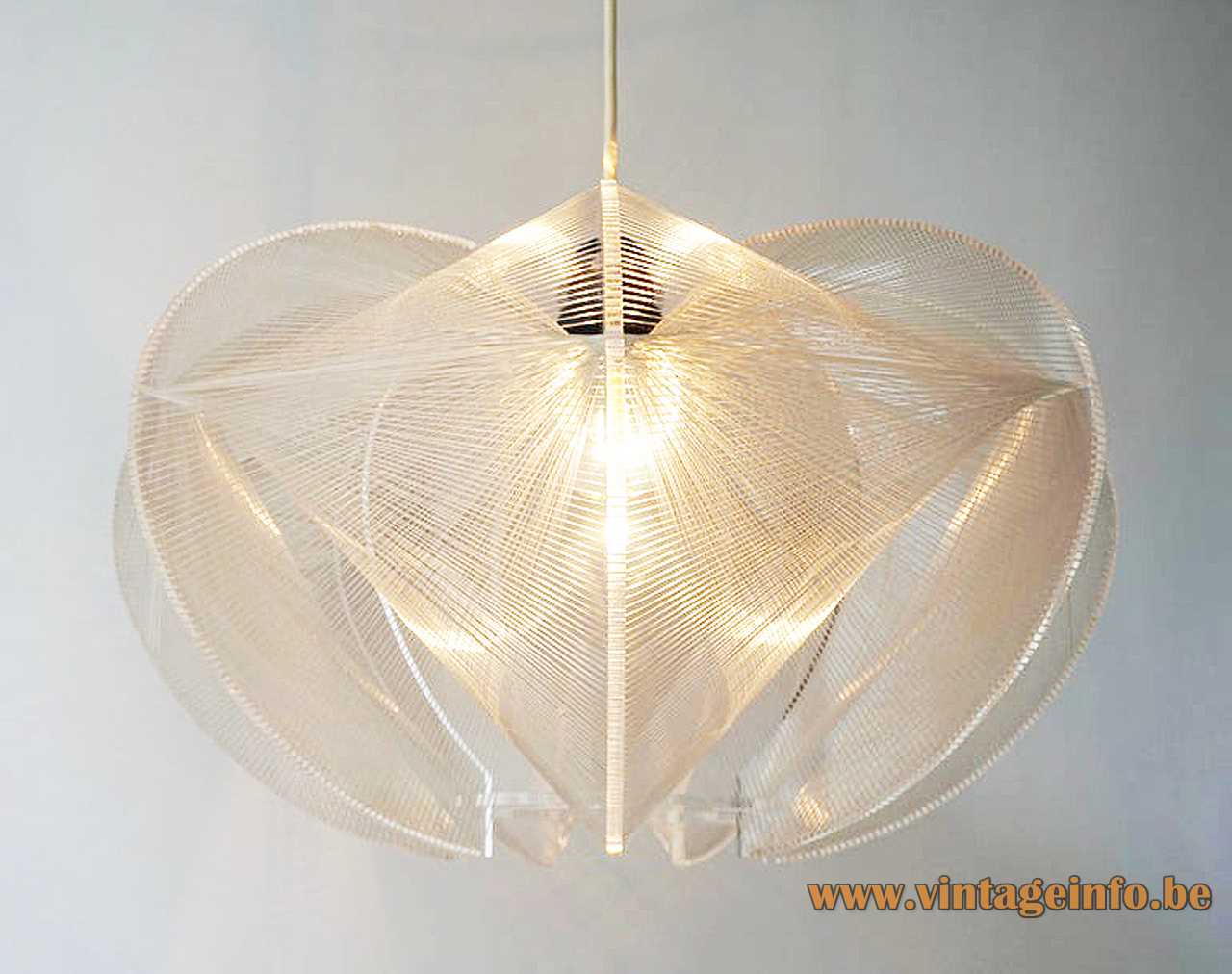 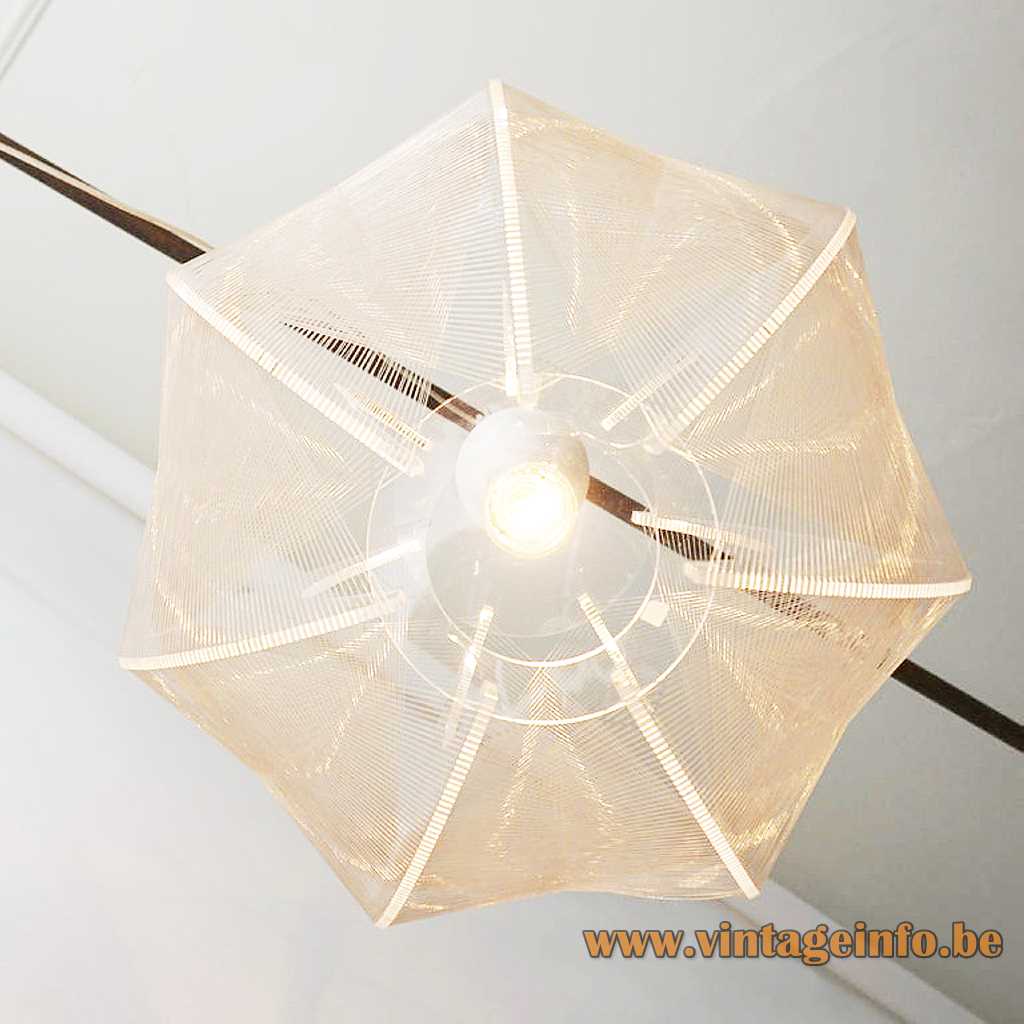 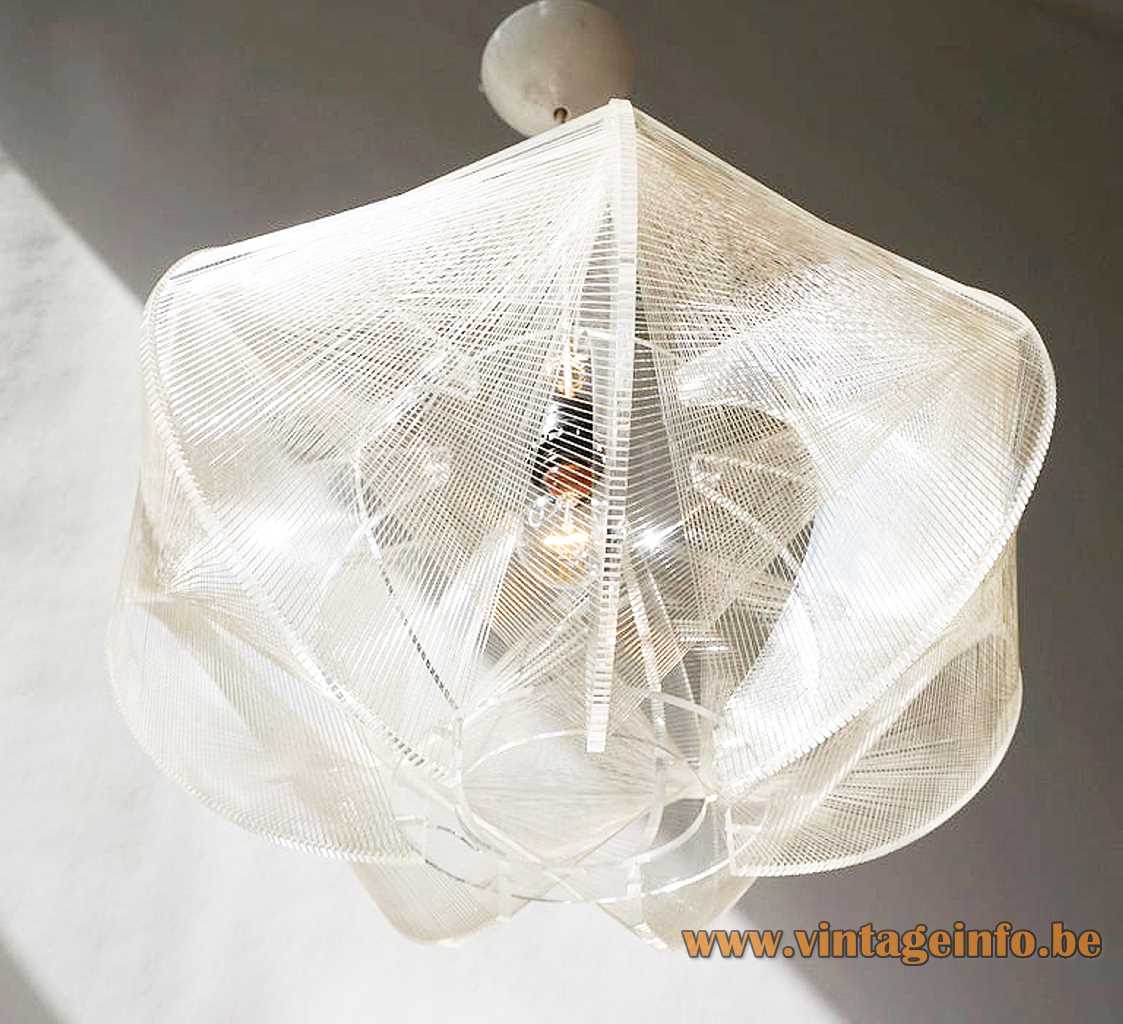 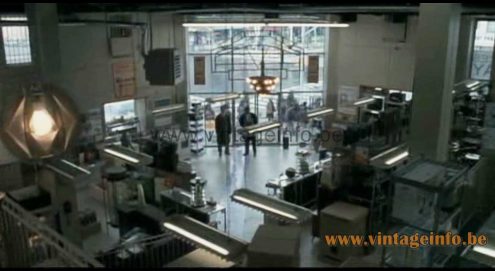 A Sompex nylon thread pendant lamp was used as a prop in the 1997 Dutch television crime series Baantjer. Here in episode 11, series 2. Starring Piet Römer, Victor Reinier and Martin Schwab. Many other lamps appear in it. 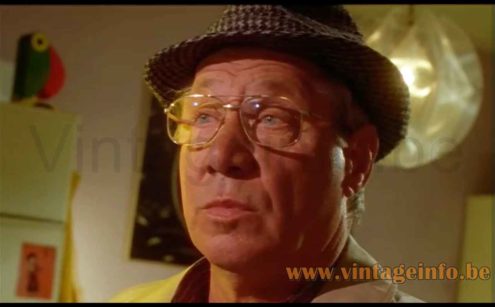 Other versions: This Sompex nylon thread pendant lamp exists in many variations. All made of acrylic, sometimes coloured or smoked acrylic, together with nylon fishing wire.

And another pendant lamp