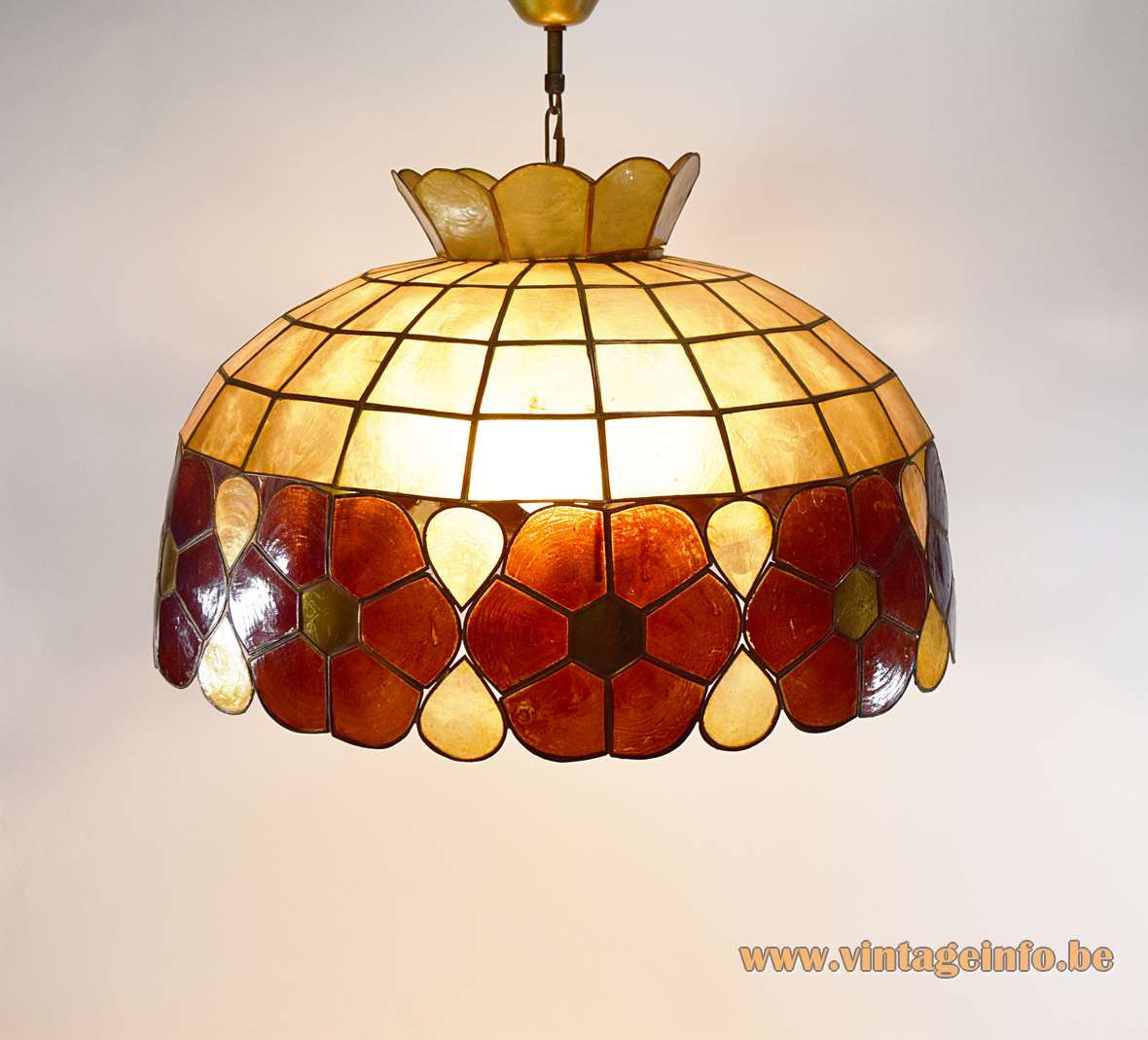 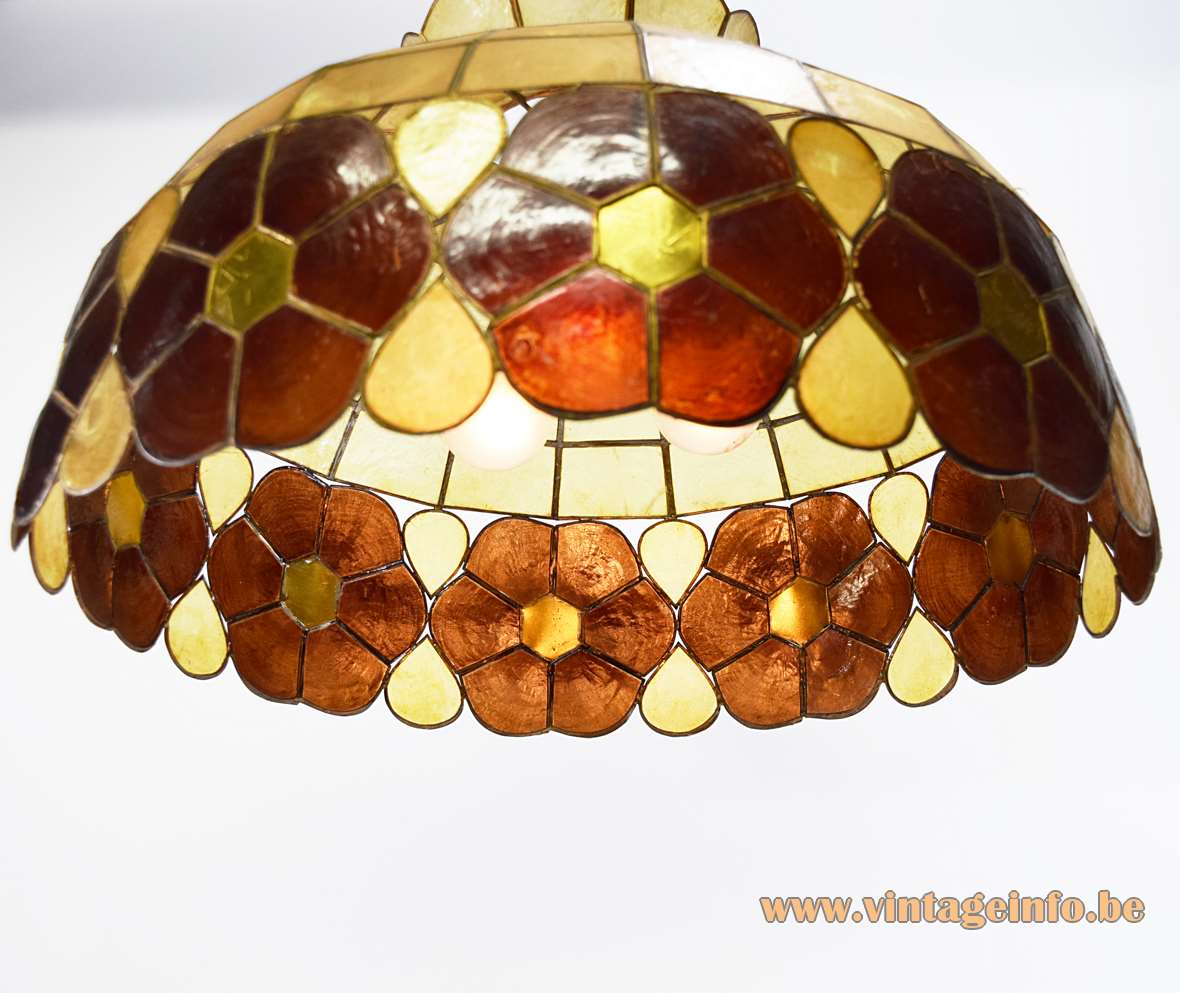 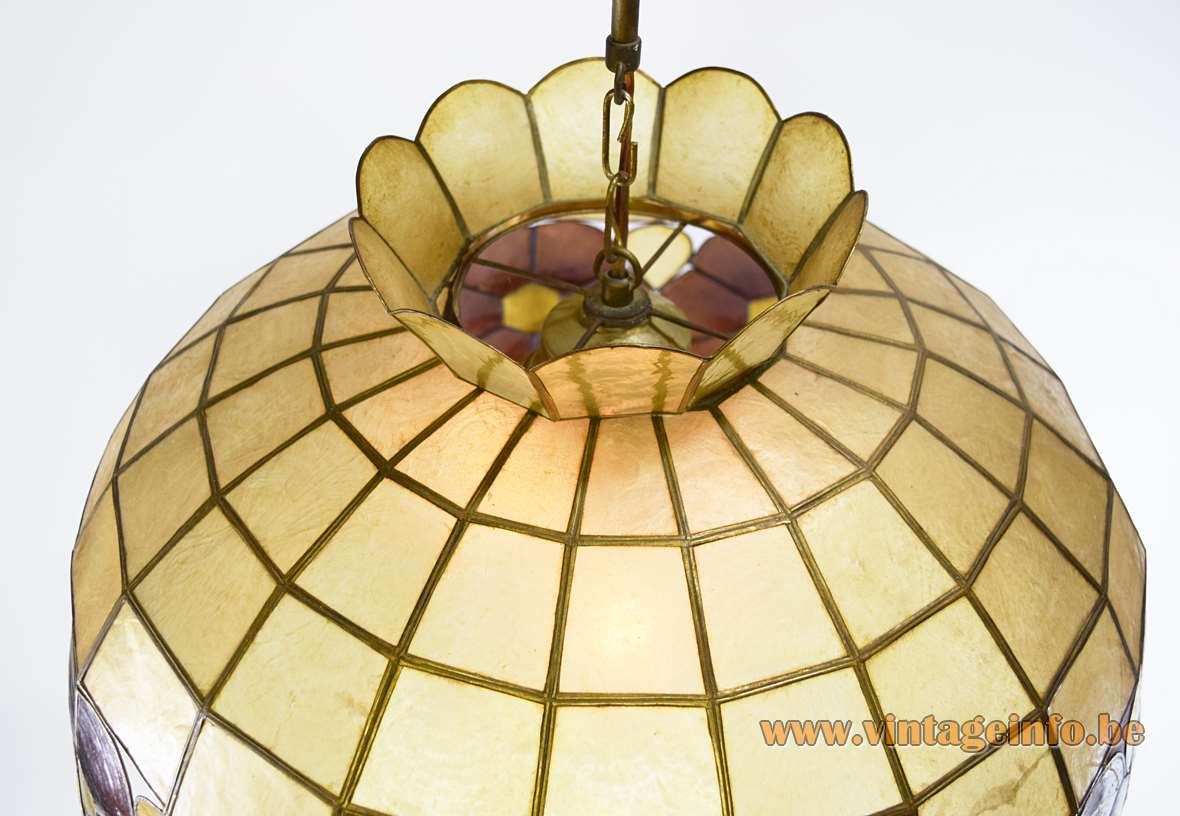 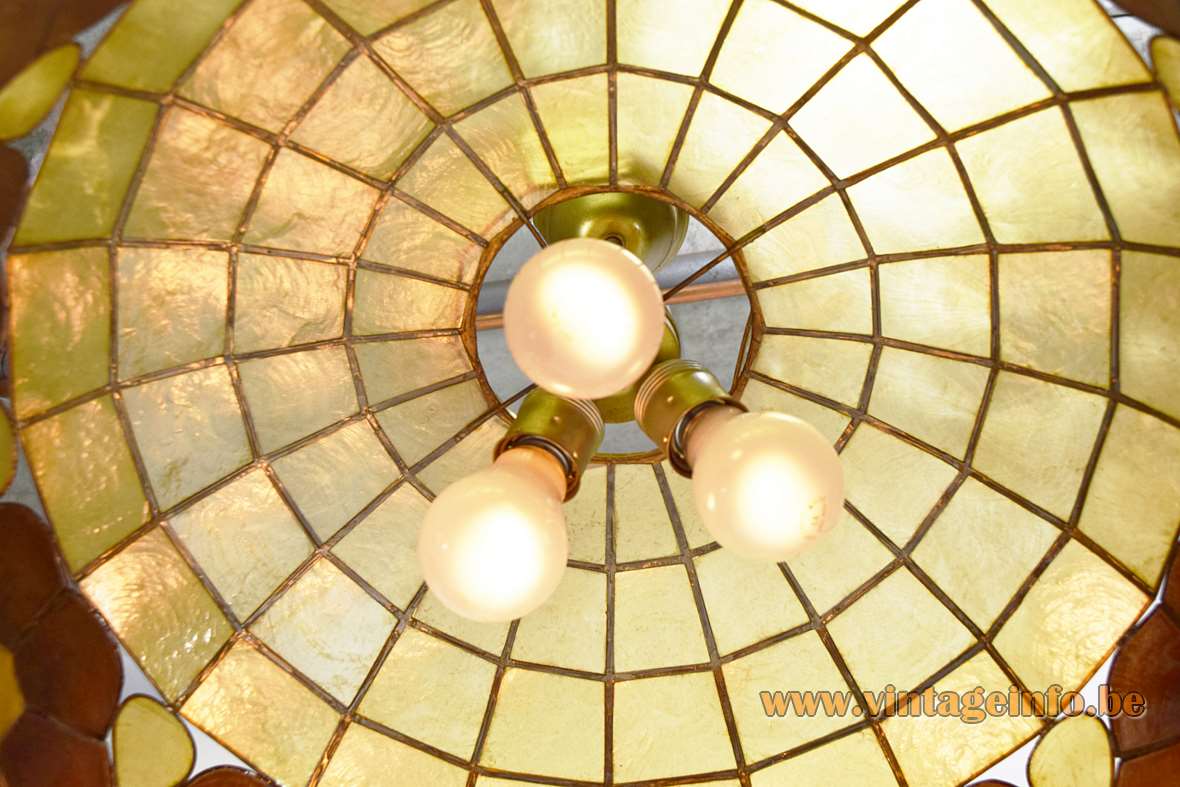 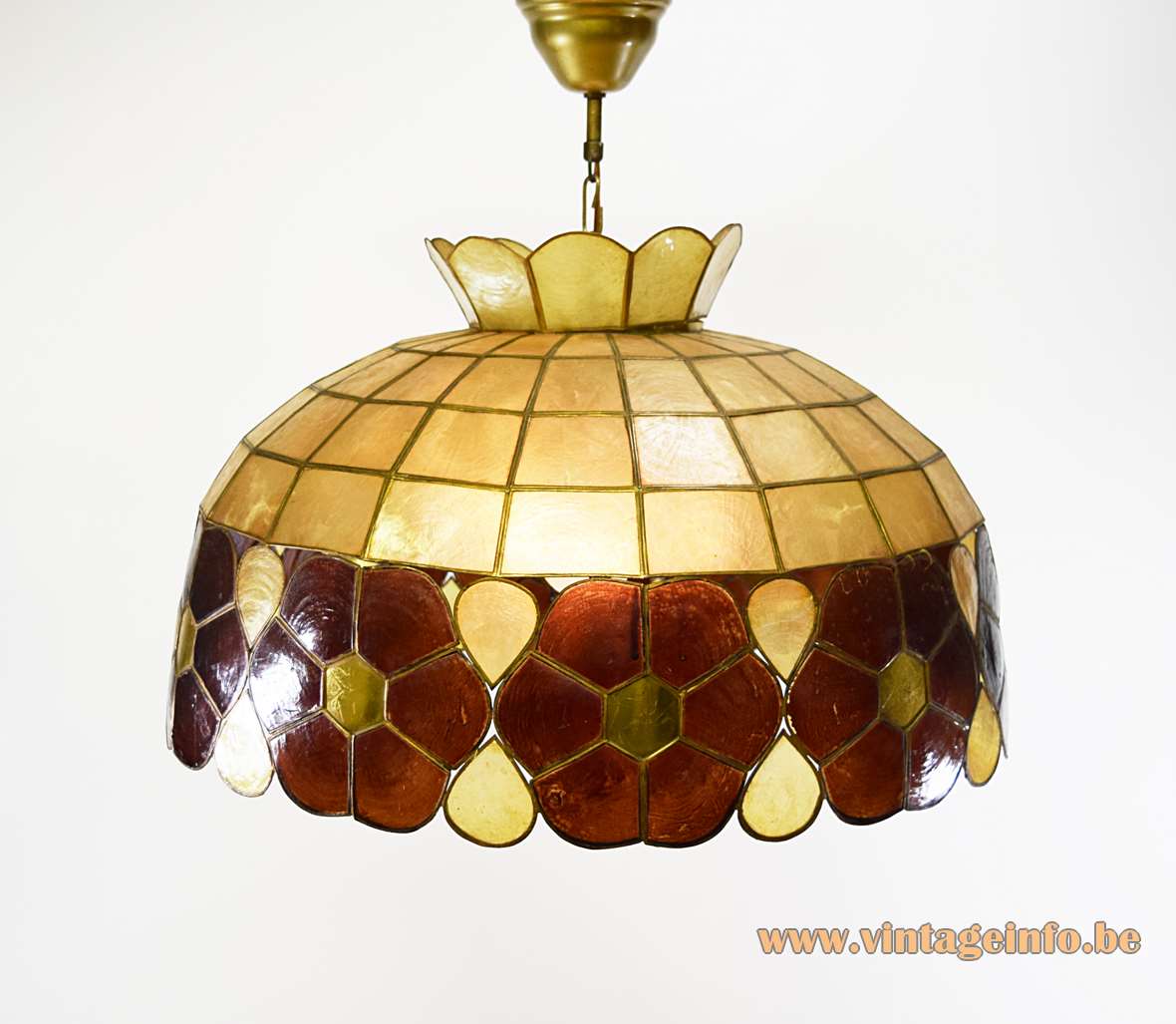 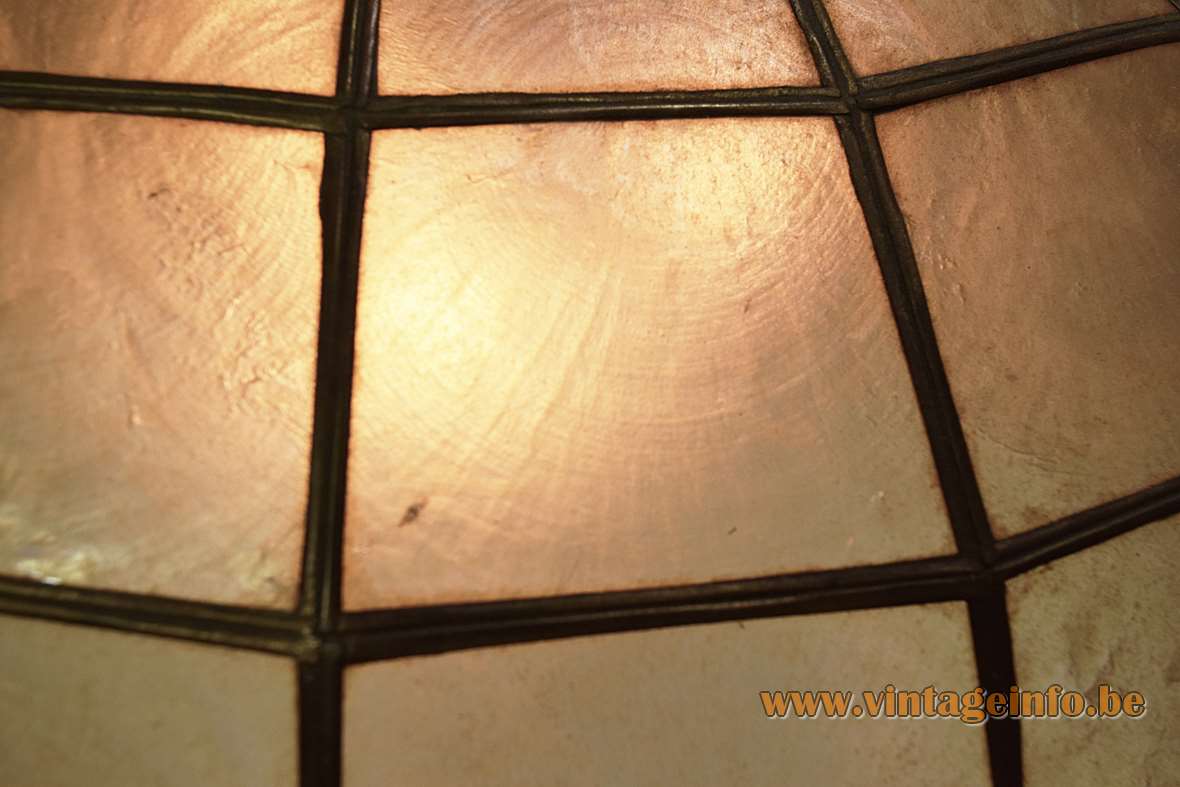 Nacre or mother of pearl – Wikipedia

Lamps in the movies and on TV!

Materials: Half round lampshade made of a brass soldered thin frame with shells from the windowpane oyster. Some coloured red/maroon shells in a flower decoration. Brass chain and canopy. Bakelite E27 socket.

Manufacturer: To be appraised. Imported by the Massive lighting company from Mortsel, Kontich and Wommelgem, Belgium. Many types of these lamps were imported and sold by German lamp producers.

Other versions: This Capiz chandelier exists in many sizes and forms. Also made as a table lamp, wall lamp, floor lamp, pendant lamp…
You can find several lamps here on Vintageinfo.

The pieces of shell having brass edging and formed as flower petals.

These lamps are all made in the Philippines, in the eponymous province of Capiz, hence the name.

The shells (placuna placenta) have been used for thousands of years as a glass substitute because of their durability and translucence.

An artisan creating flowers for lighting 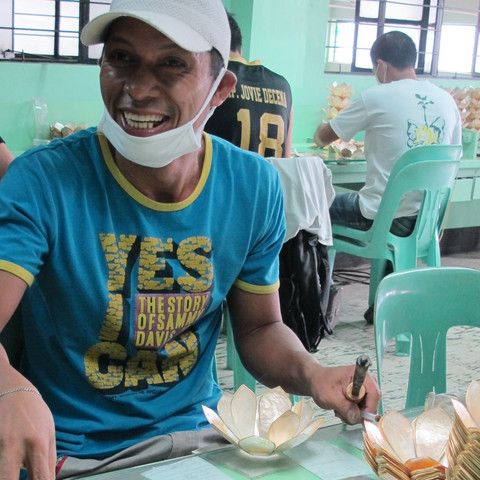 Lamps in the movies and on TV!