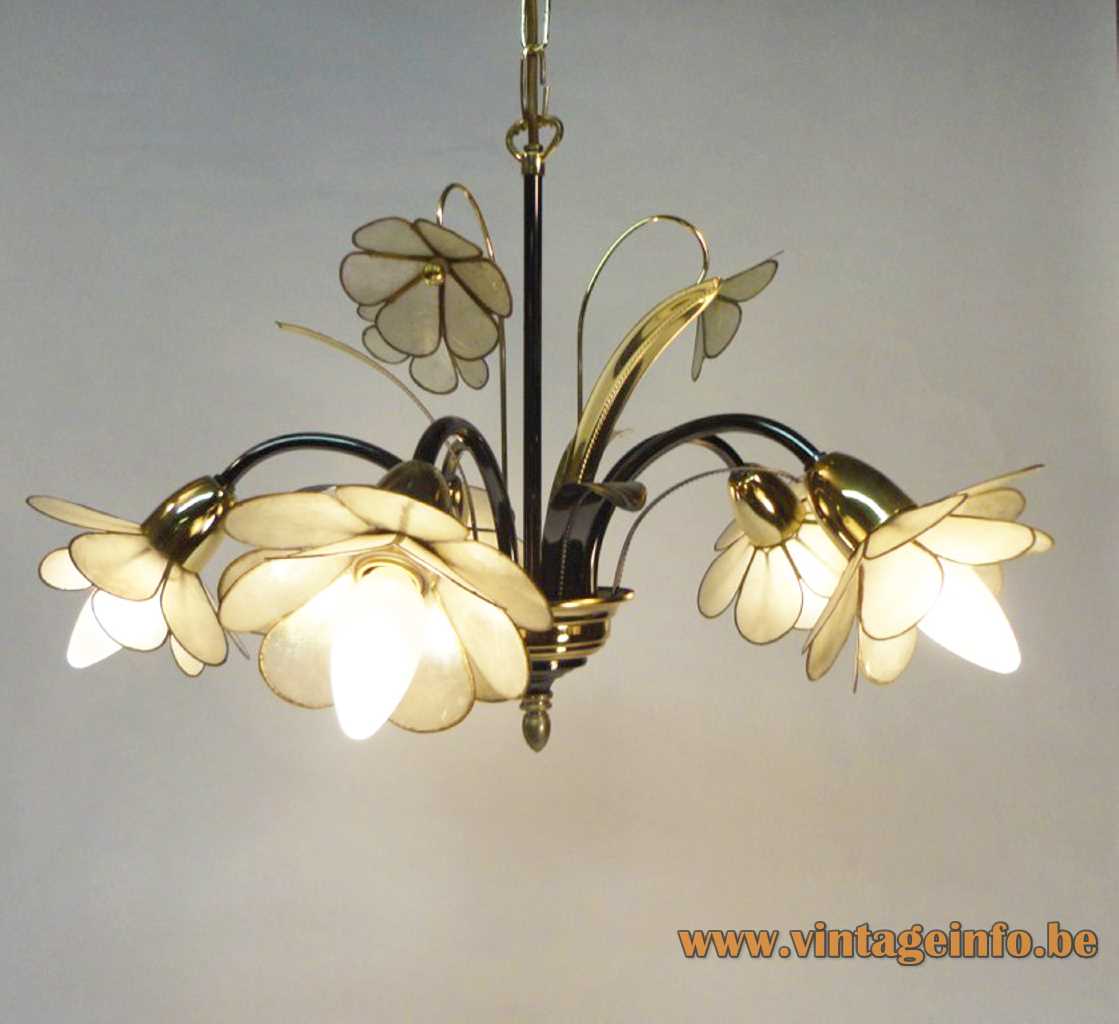 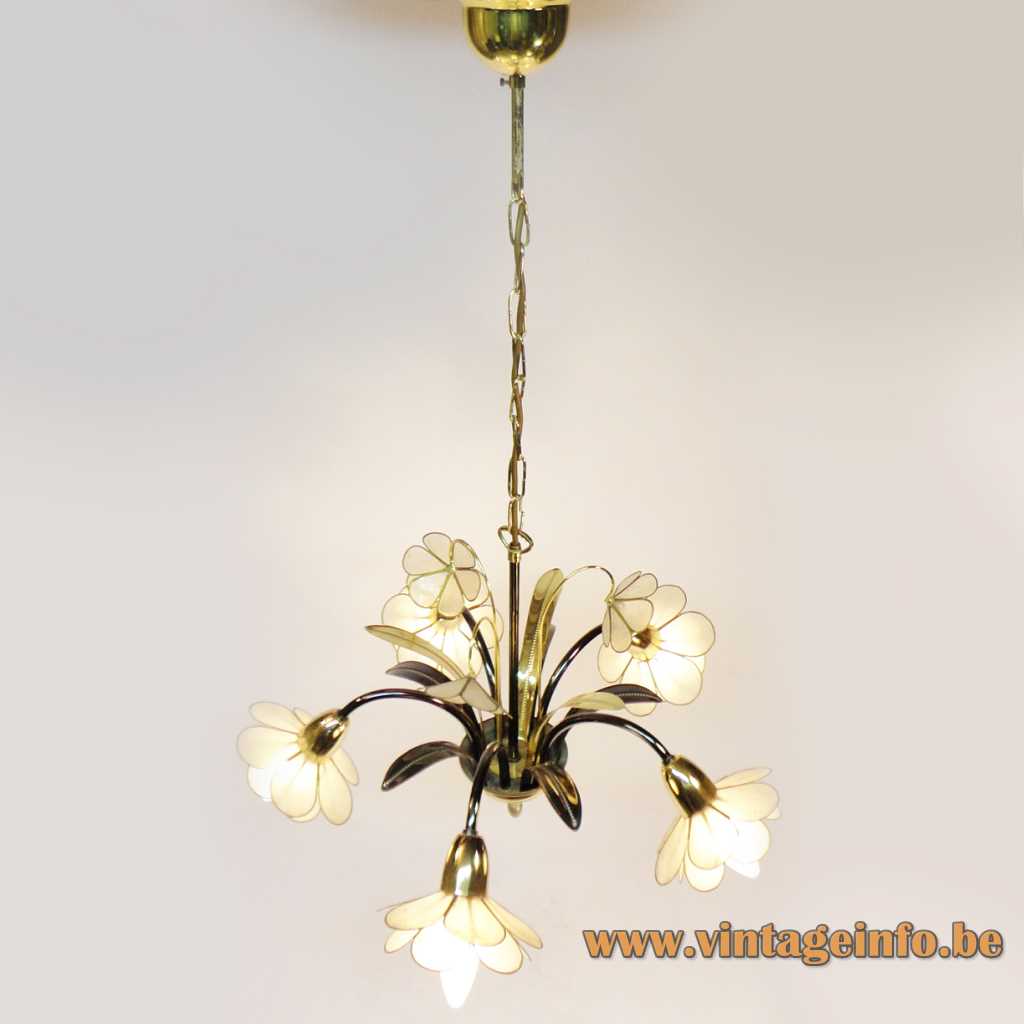 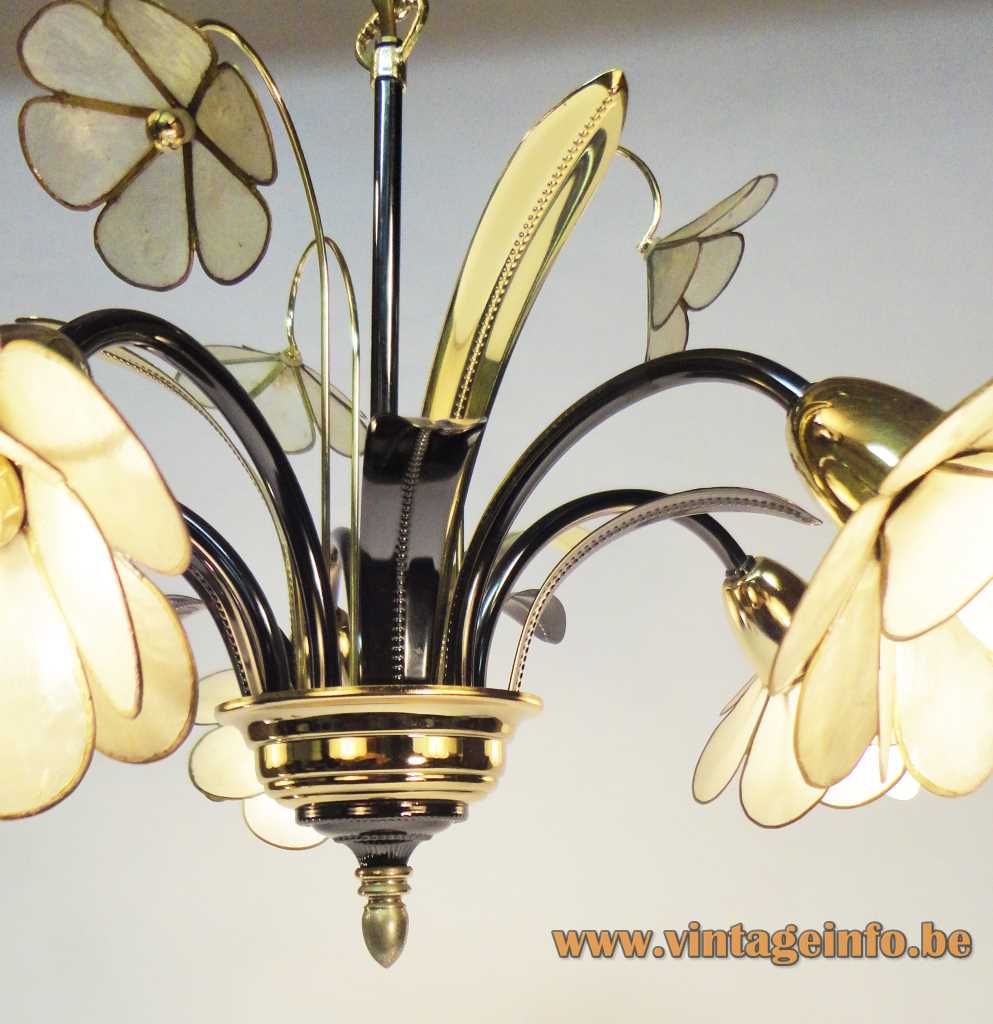 An artisan in the Philippines creating flowers for these lights

Other versions: This 1980s Capiz flowers chandelier exists in several variations, smaller and bigger. Also table lamps and wall lamps were made.

These flower shells with brass edges are all made in the Philippines, in the eponymous province of Capiz.

Nordisk Solar Glass Globe Pendant Lamp
Goldkant Leuchten Cocoon Onion Pendant Lamp
Gaetano Sciolari Brass & Crystal Glass Chandelier
Kinkeldey Asymmetrical Faceted Crystal Glass Chandelier
Vintageinfo uses cookies to improve the functioning of this website. First party cookies (cookies for our statistics) and the “Last Viewed” cookie is obvious. The other cookies are from Google. Nothing to be worried about, but we have to mention it. You can opt-out or block the cookies, no problem, the website will be available, only the “Last viewed” items won’t be visible.Accept Read More
Privacy & Cookies Policy