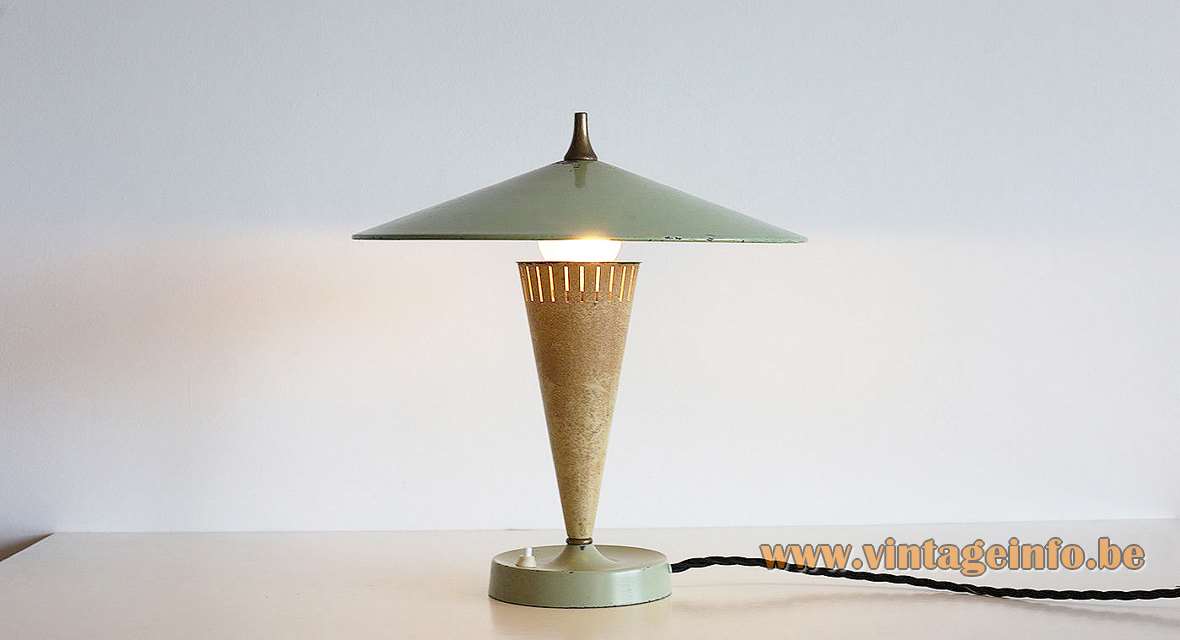 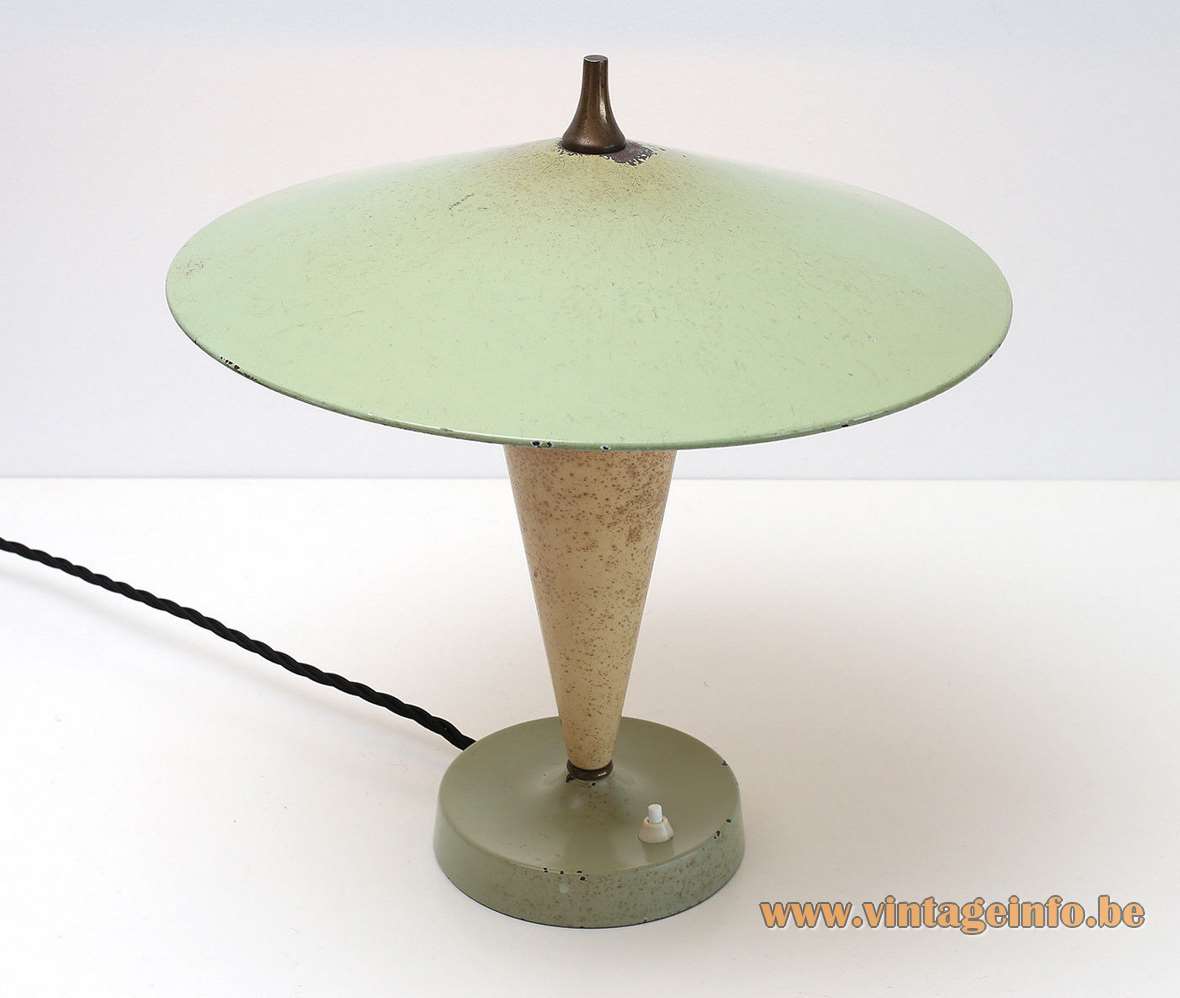 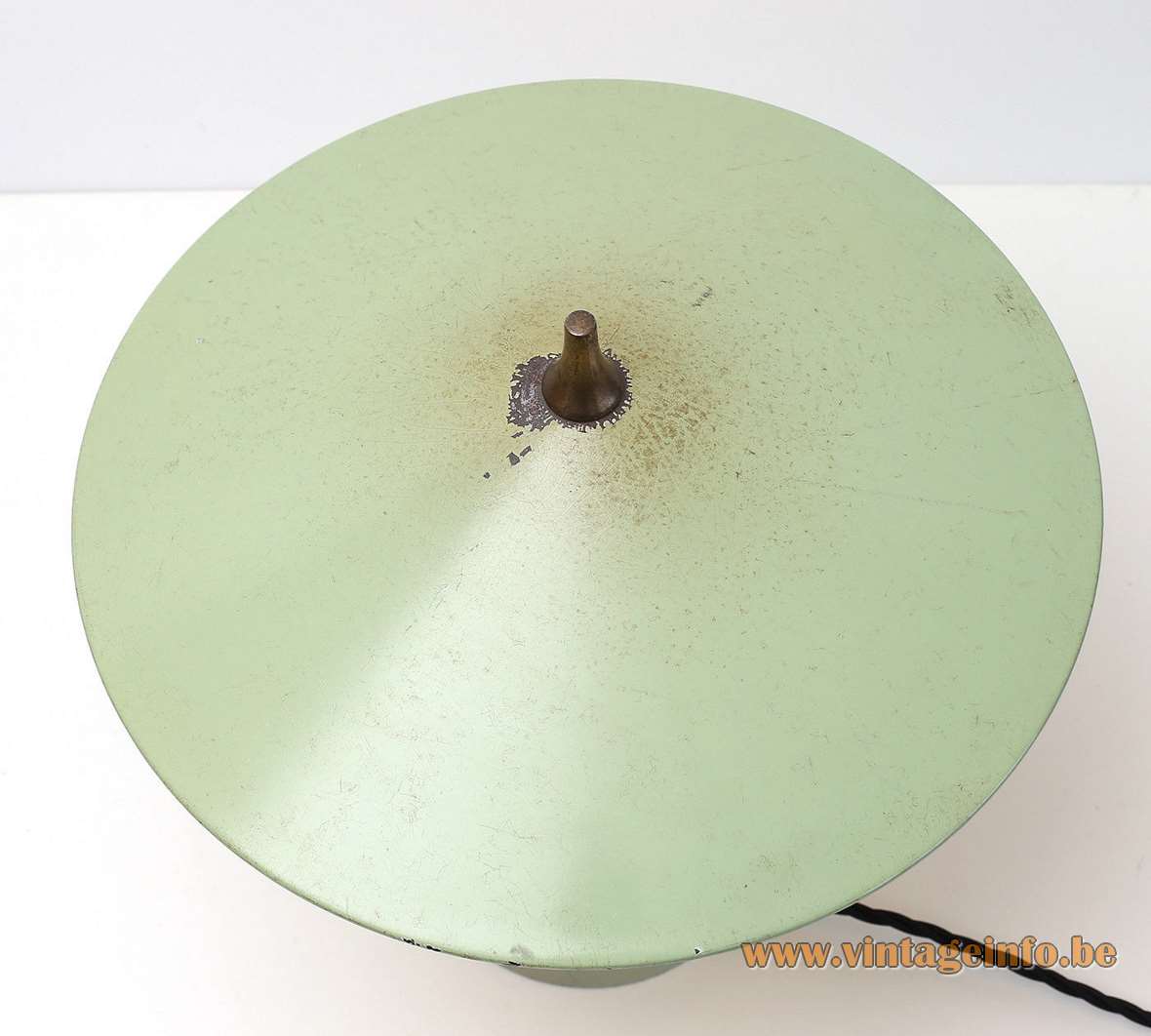 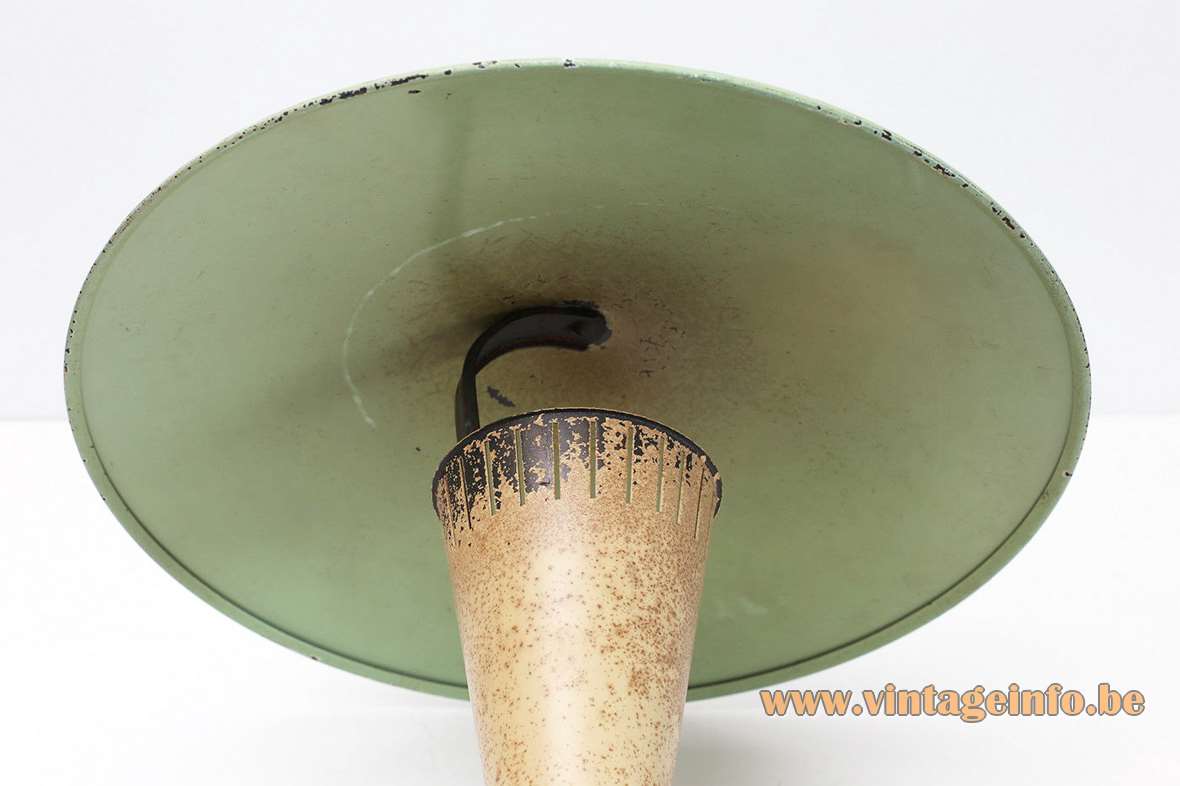 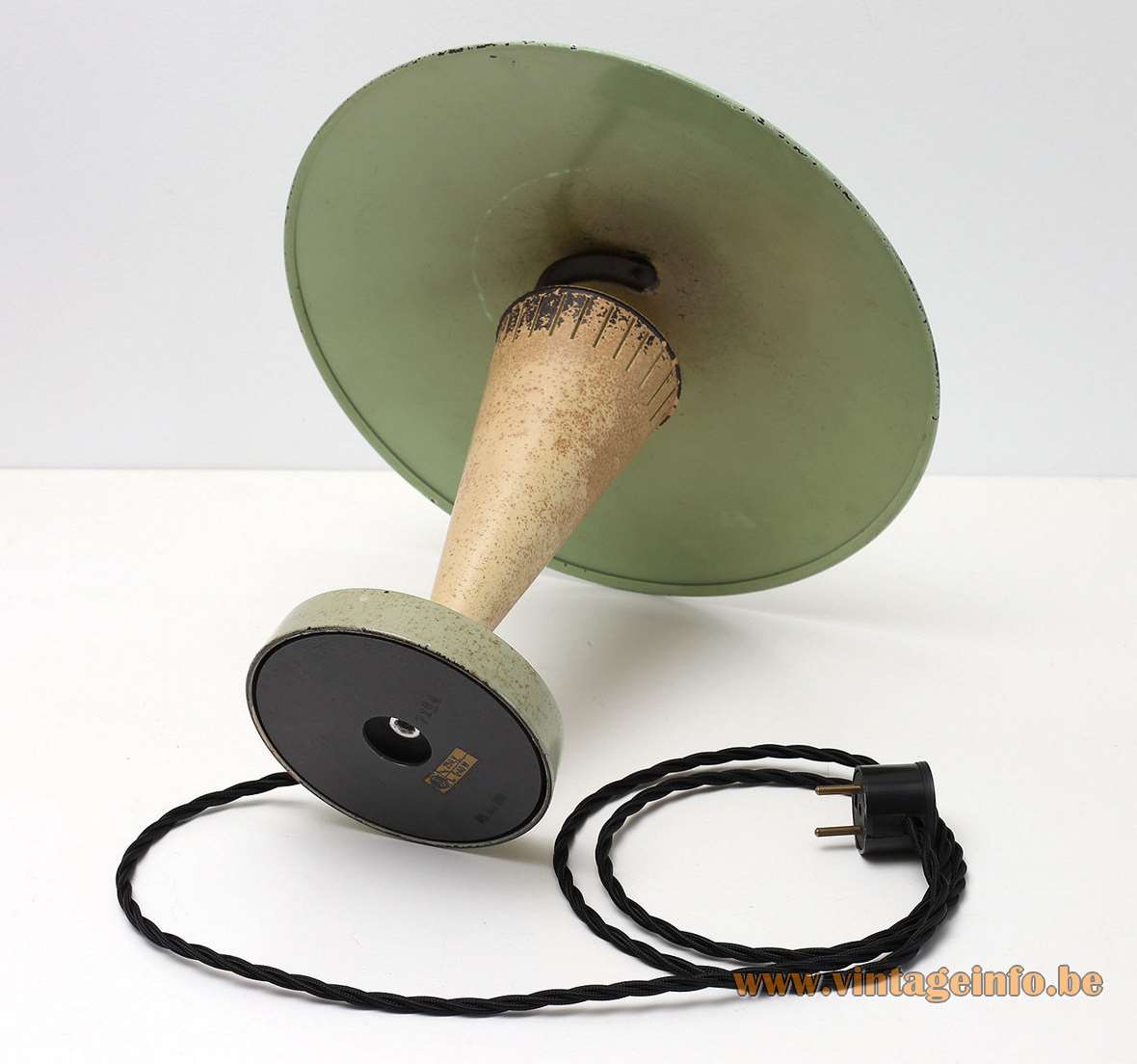 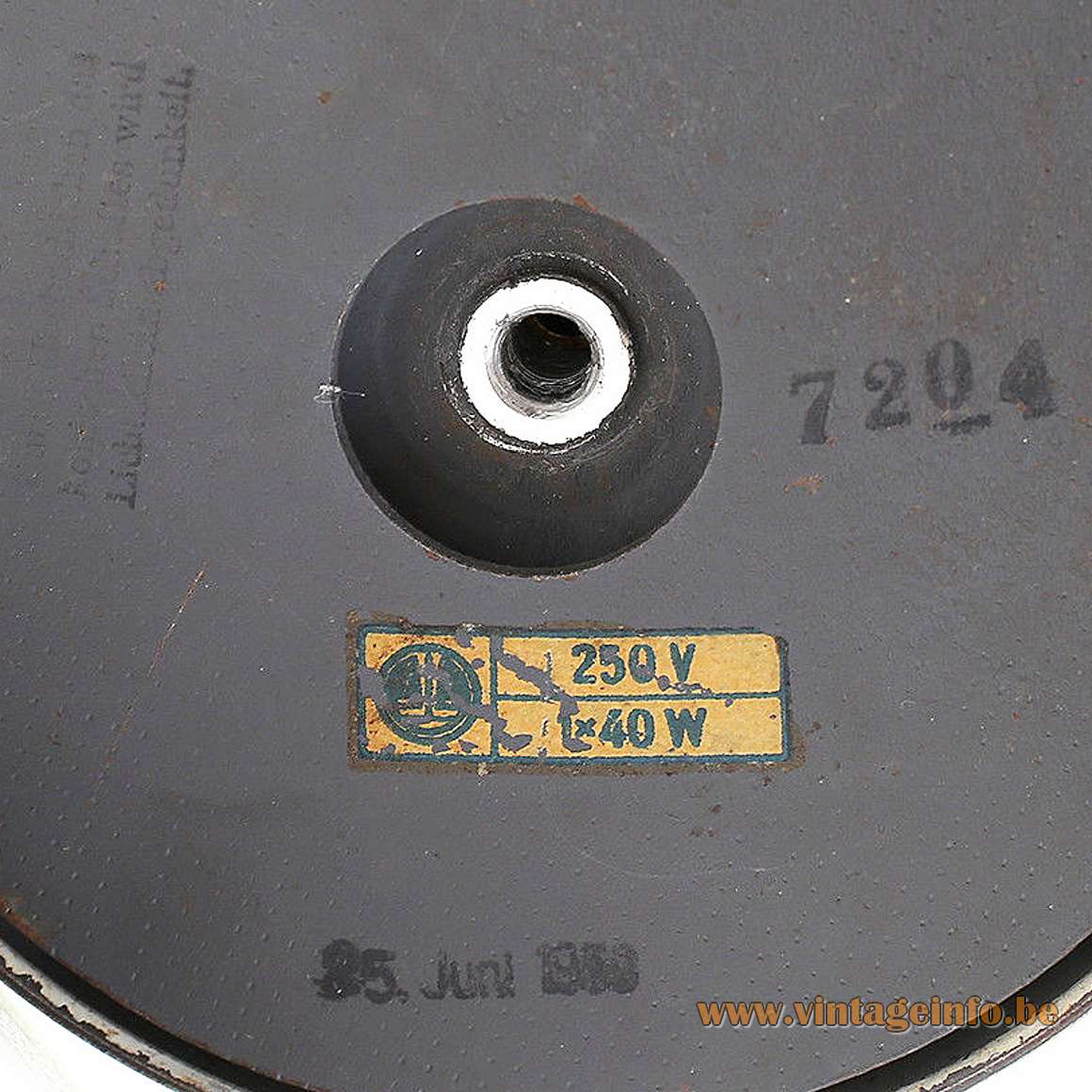 Materials: Round mint green painted iron base. Round black labelled lid on the bottom of the base. Cast iron counterweight inside the base. Conical tube in the middle, perforated with elongated slots. Round iron mushroom style lampshade, also in mint green paint. Ornamental brass nut on top. Some metal parts. Bakelite E27 socket.

The Polish company Stołeczne Zakłady produced a table lamp in this style, but the differences are big enough not to be confused with this lamp.

AKA ELECTRIC was the trademark for electrical household appliances, lights and vehicle electrics in the GDR.

In 1969, 15 of the most important electro-technical, electronic and photo-optical producers in the GDR were merged to form the Volkseigener Betriebe Elektrischer Konsumgüter. The Publicly-owned business of Electrical Consumer Goods. 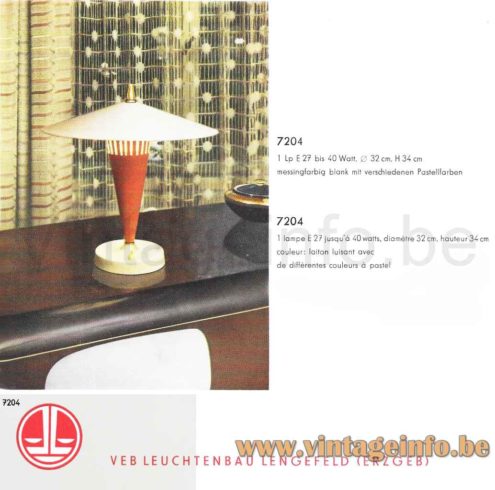