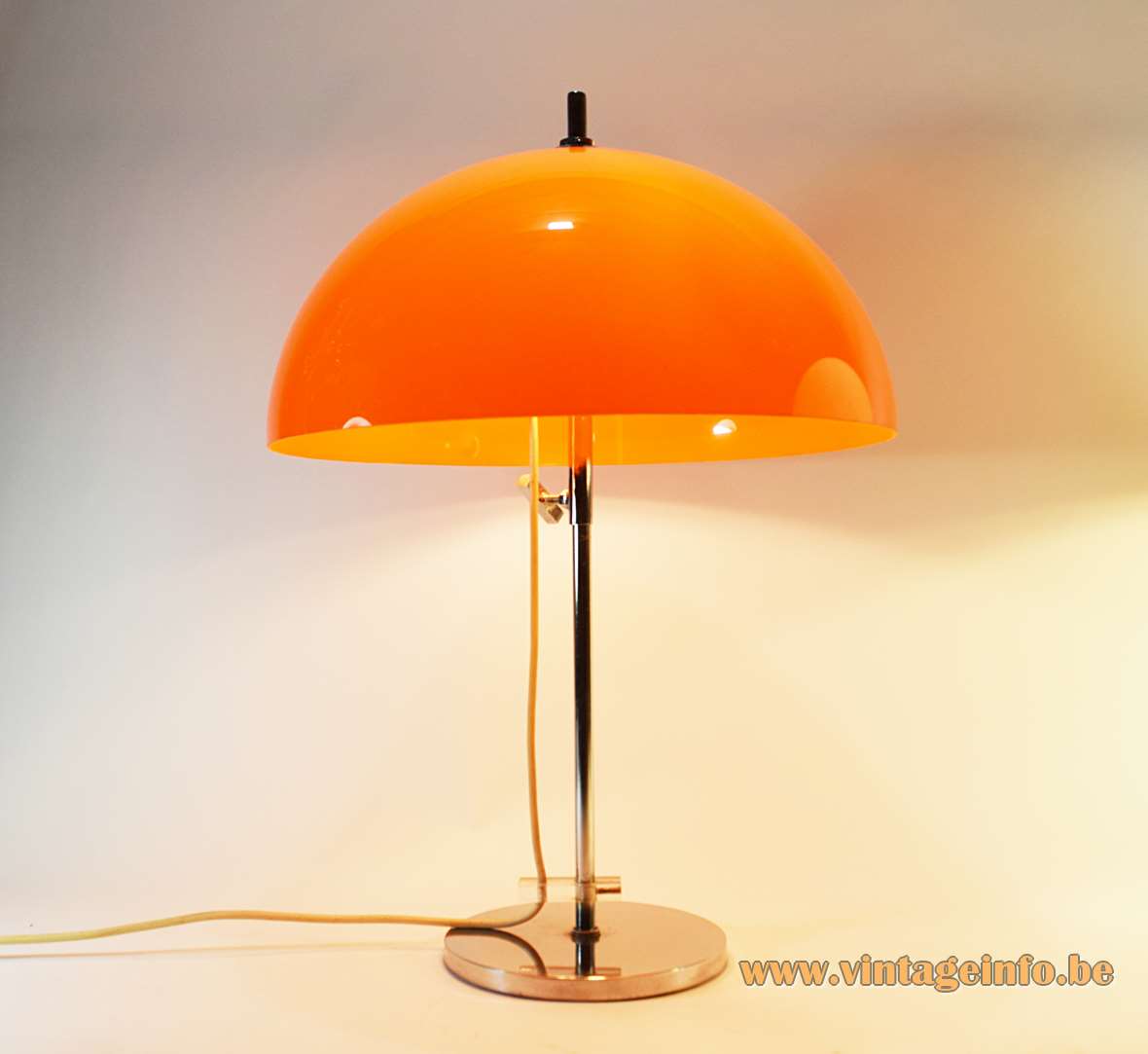 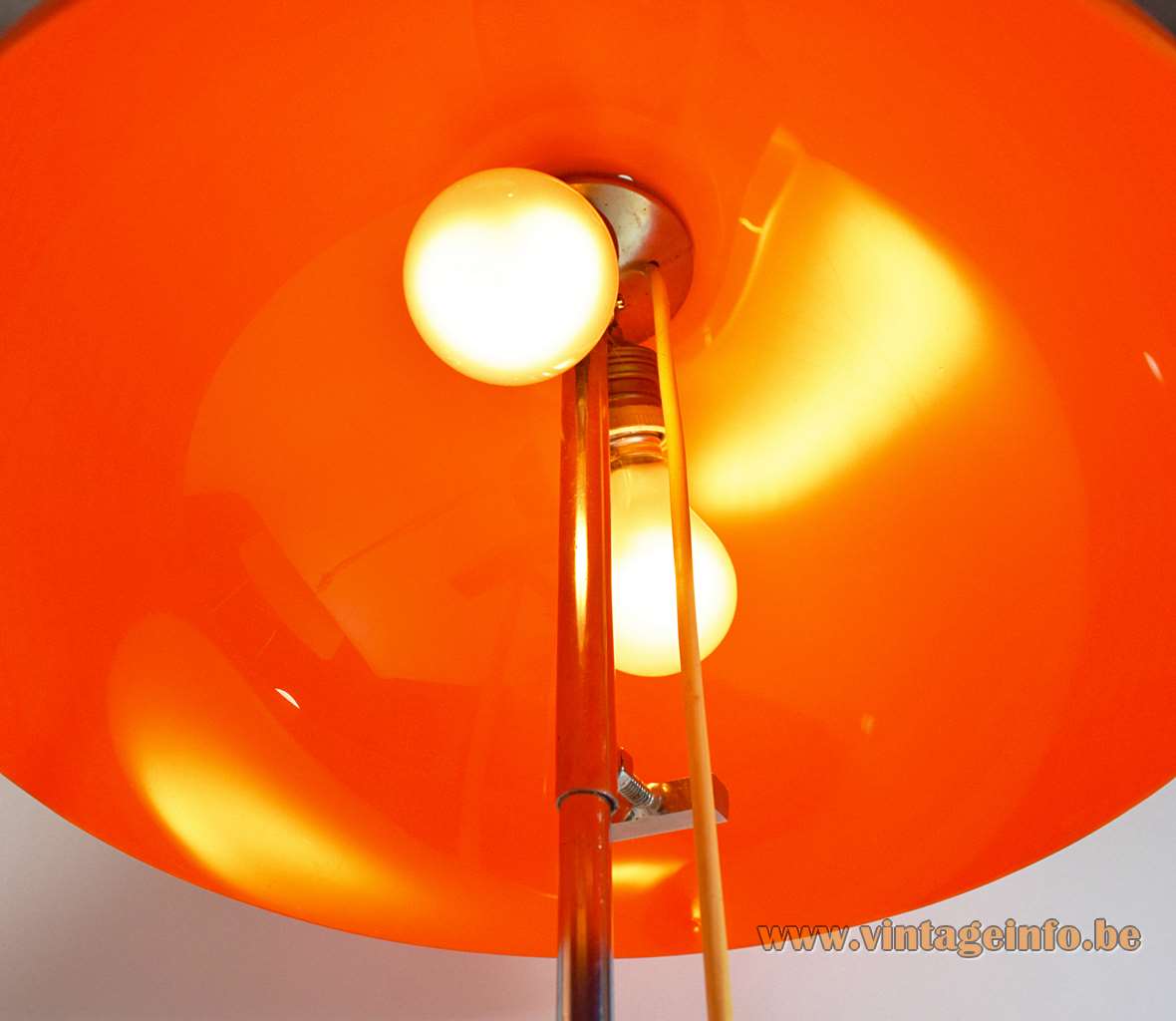 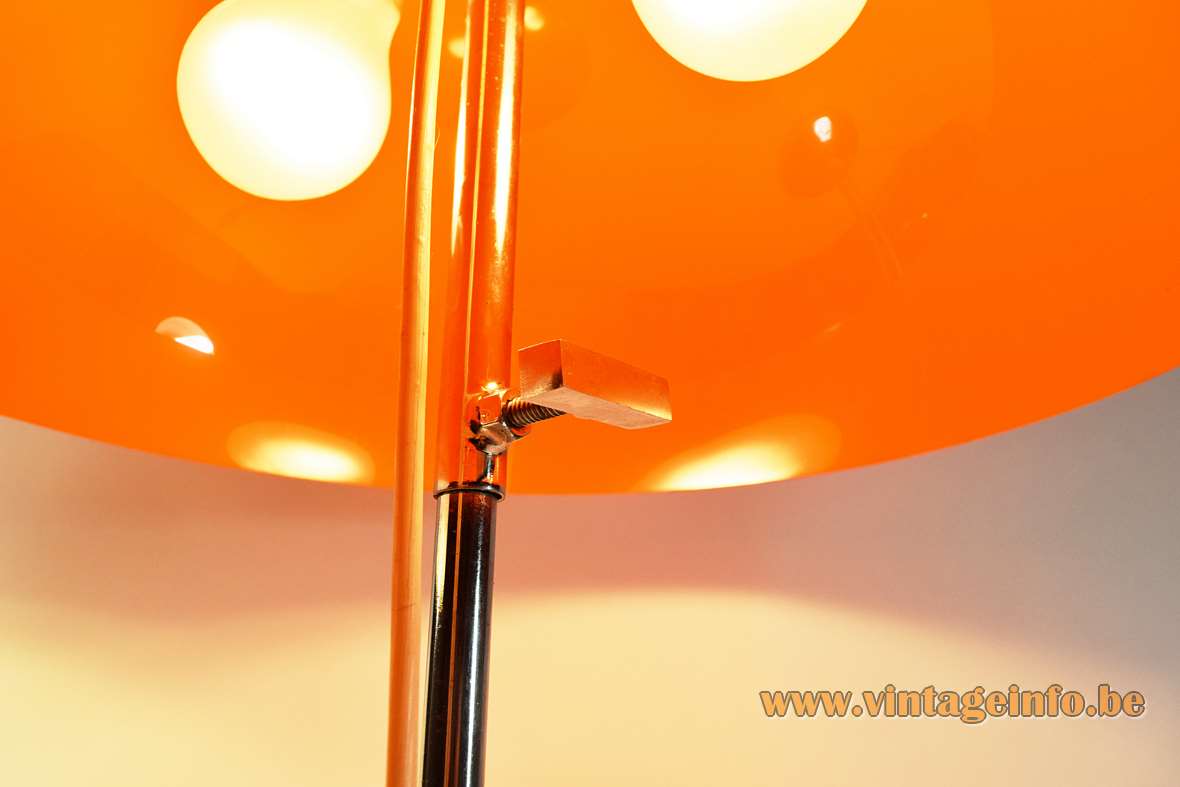 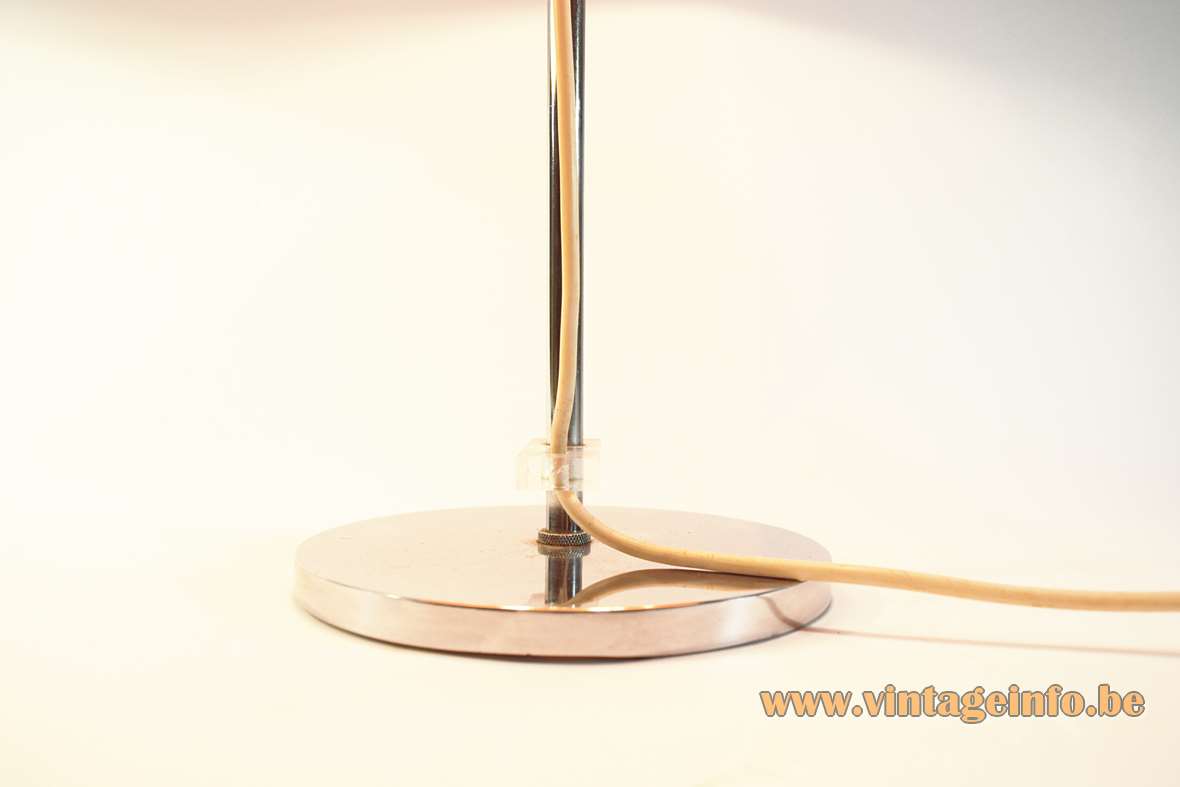 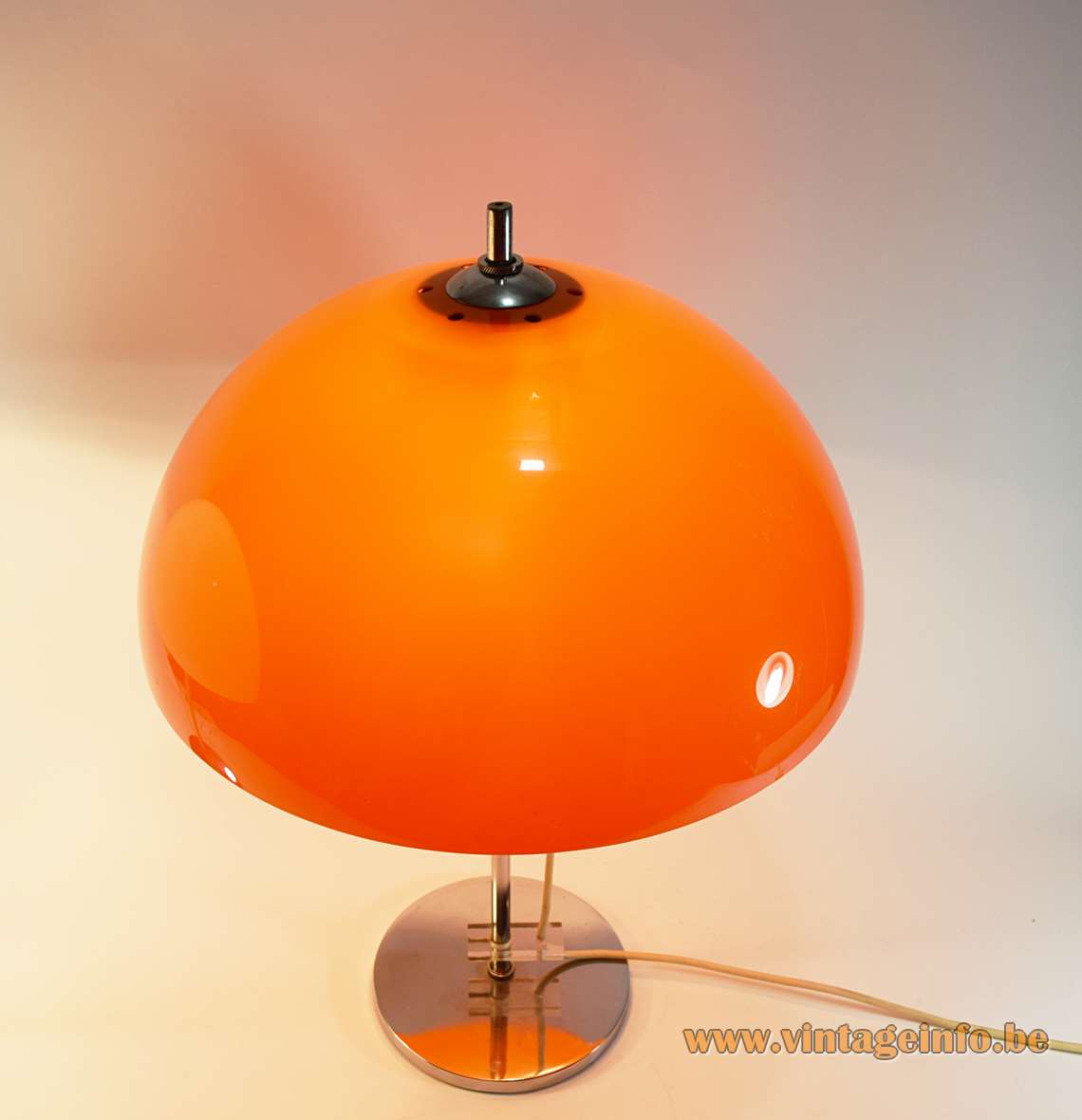 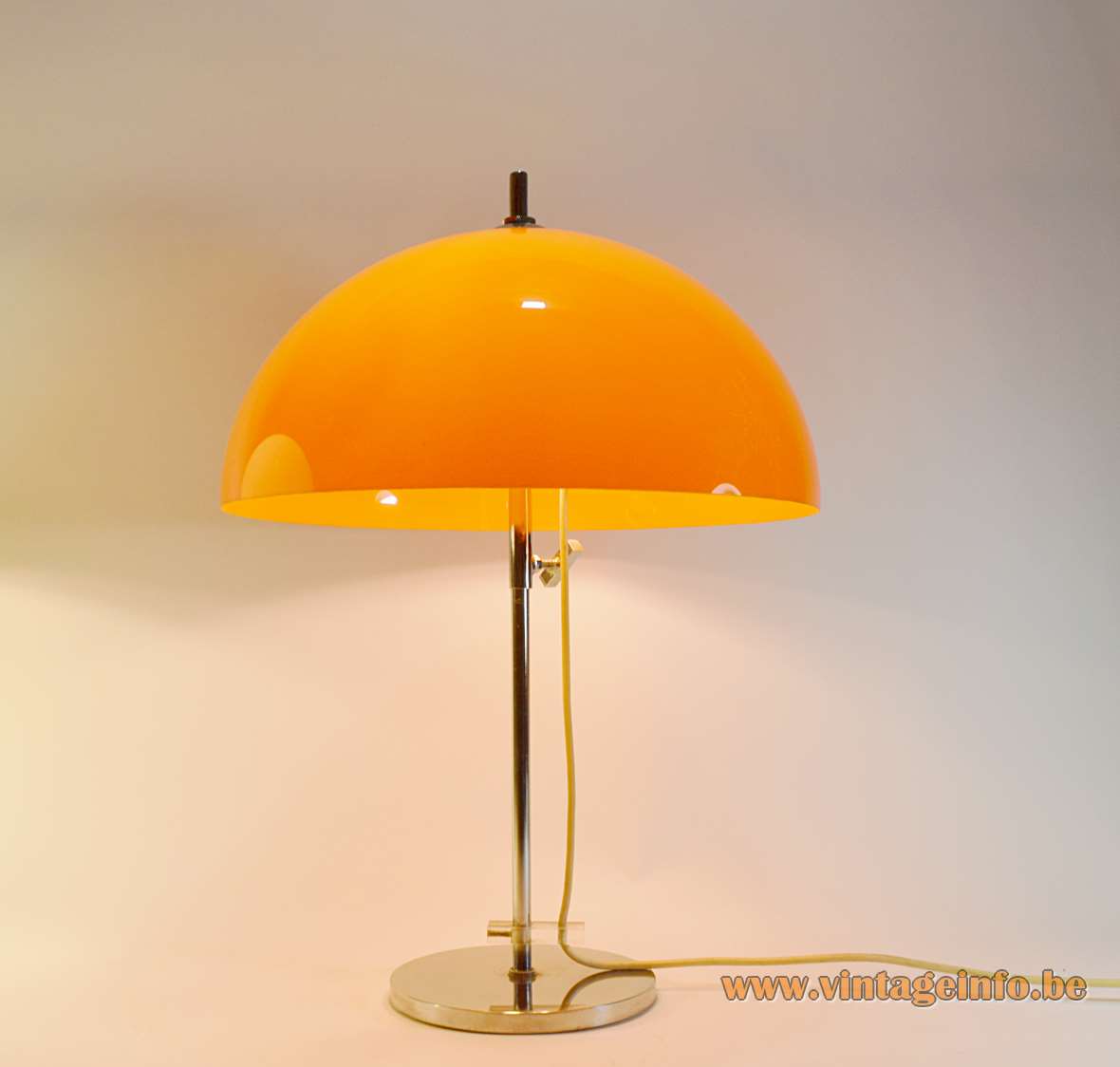 White version of this table lamp

Electricity: 2 bulbs E27, 2 x 75 watt maximum, 110/220 volt.
Any type of light bulb can be used, not a specific one preferred. But opaque or frosted light bulbs gives the best result.

Other versions: This Gepo orange mushroom table lamp was also made with a white acrylic lampshade. Some slight differences exist. For instance, the white version here on Vintageinfo has a round ornamental screw to adjust the height.

This lamp was acquired when Veduco, once a famous design shop in Antwerp, Belgium, ended business in 1996. The shop was located in the Carnotstraat near the central station. In the 1960s, 1970s and 1980s a boulevard famous for all the furniture and design shops.
This orange mushroom table lamp, together with a white one, were the last 2 lamps to be found somewhere in the basement before closing the shop. 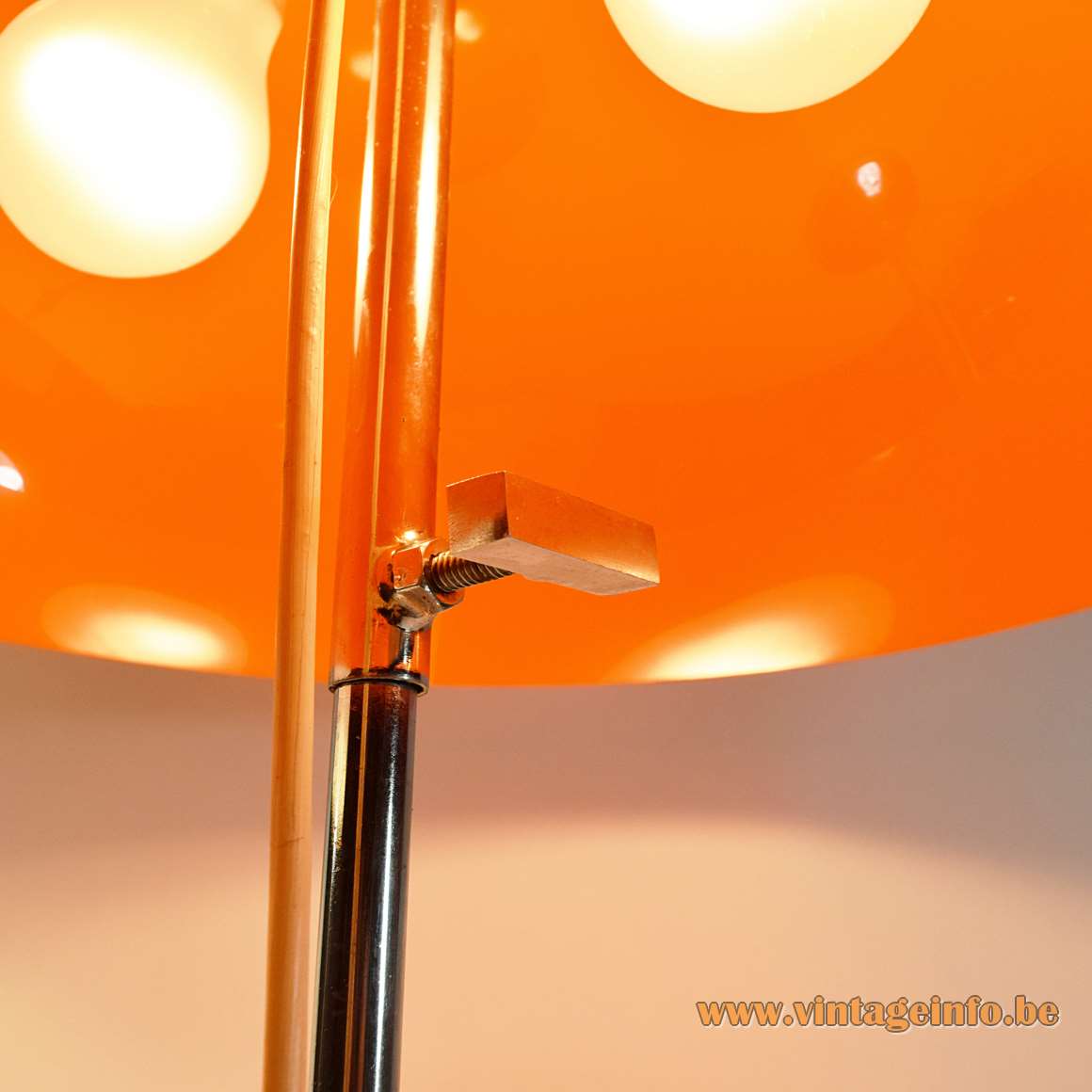 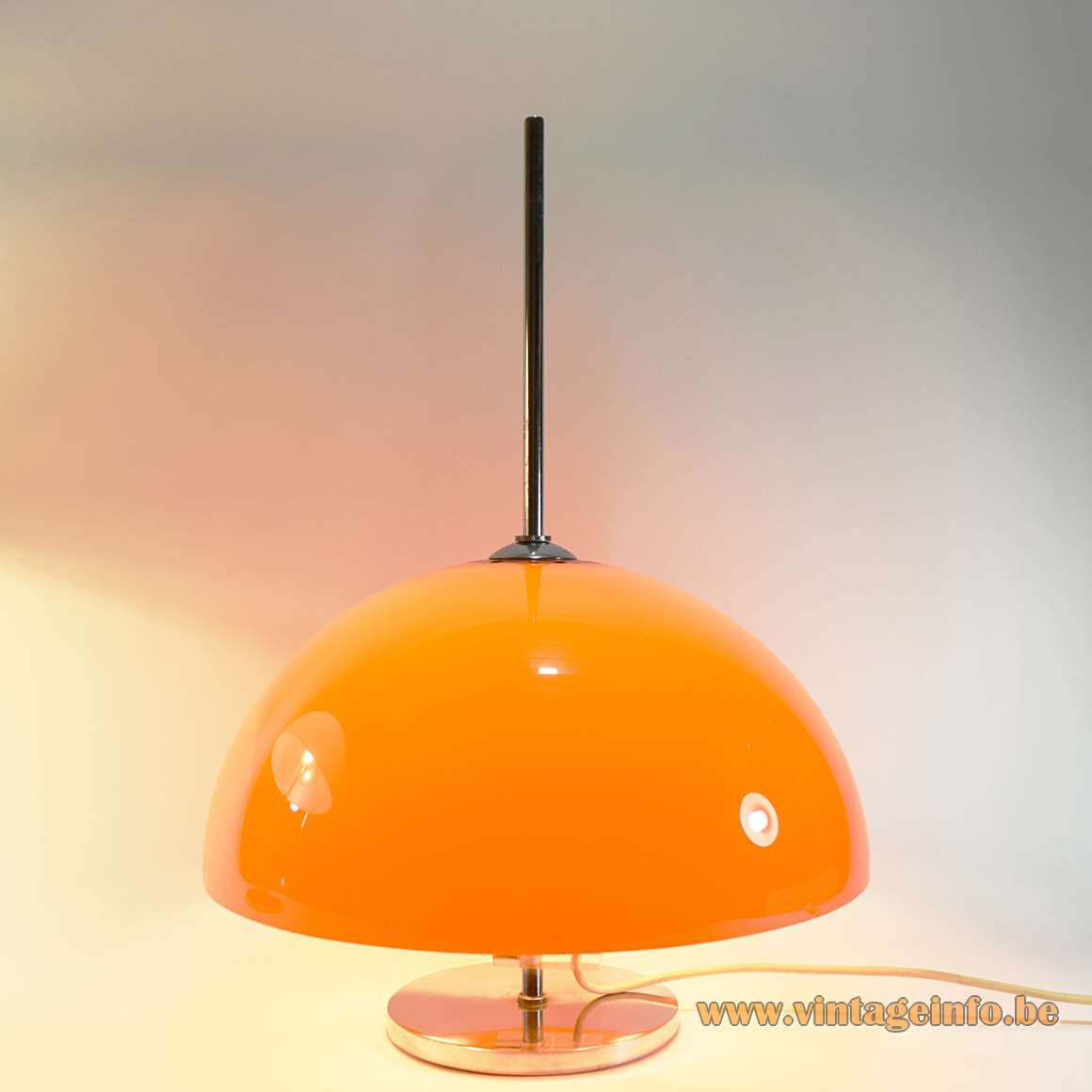 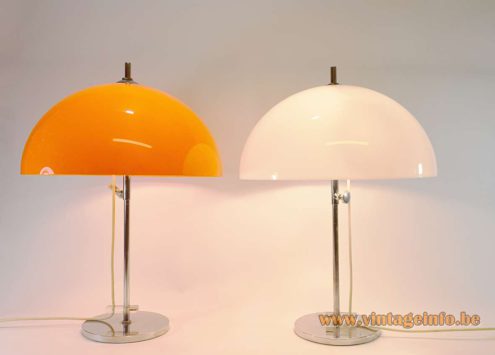