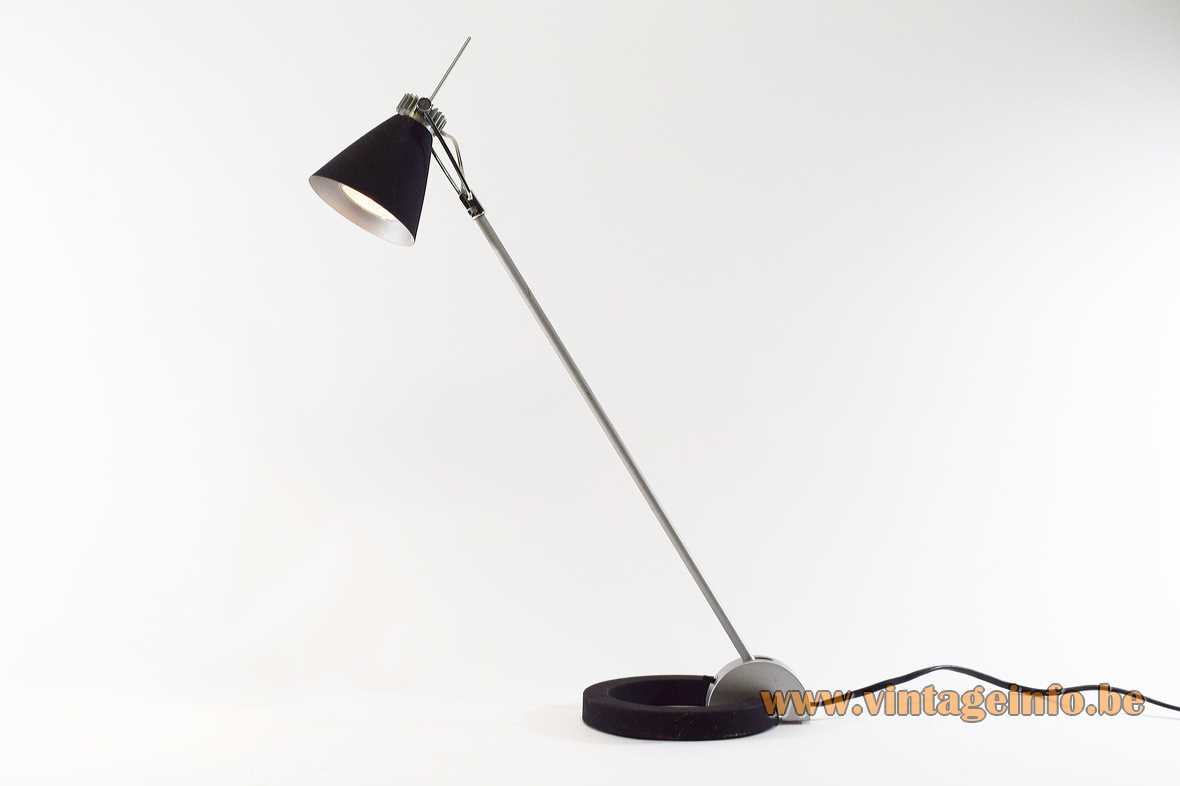 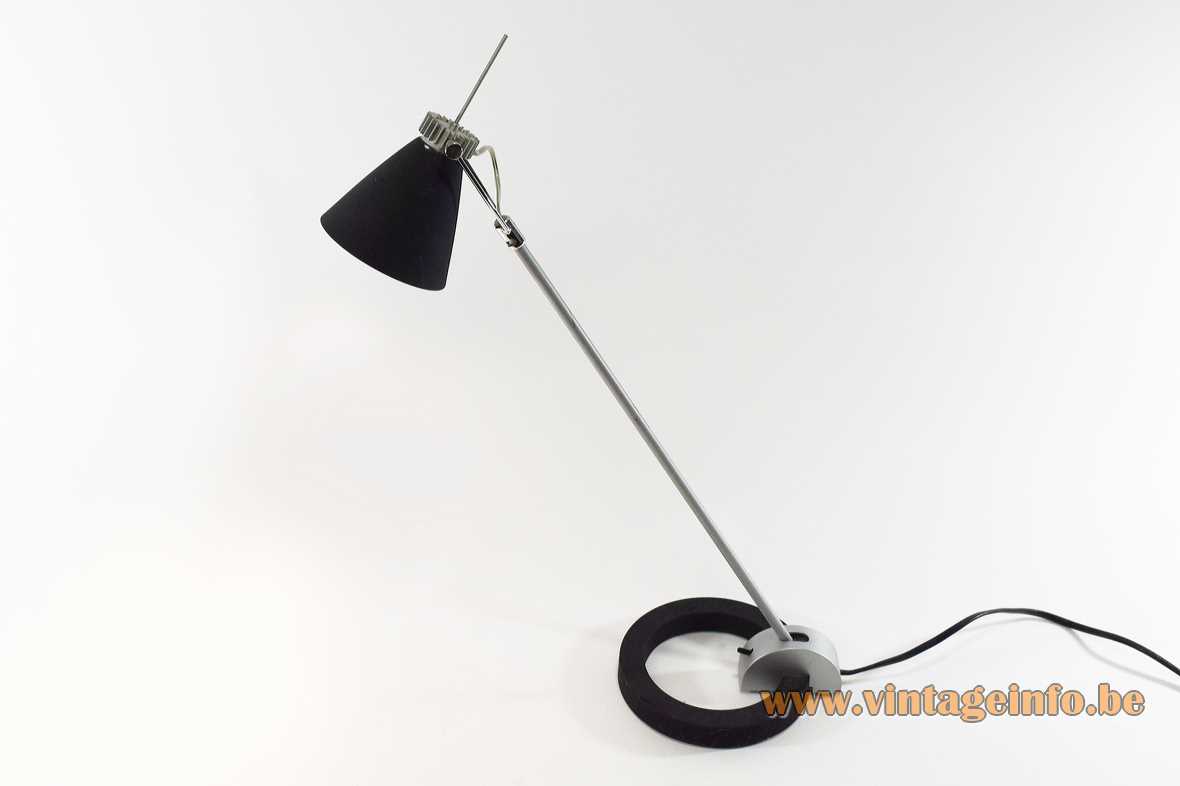 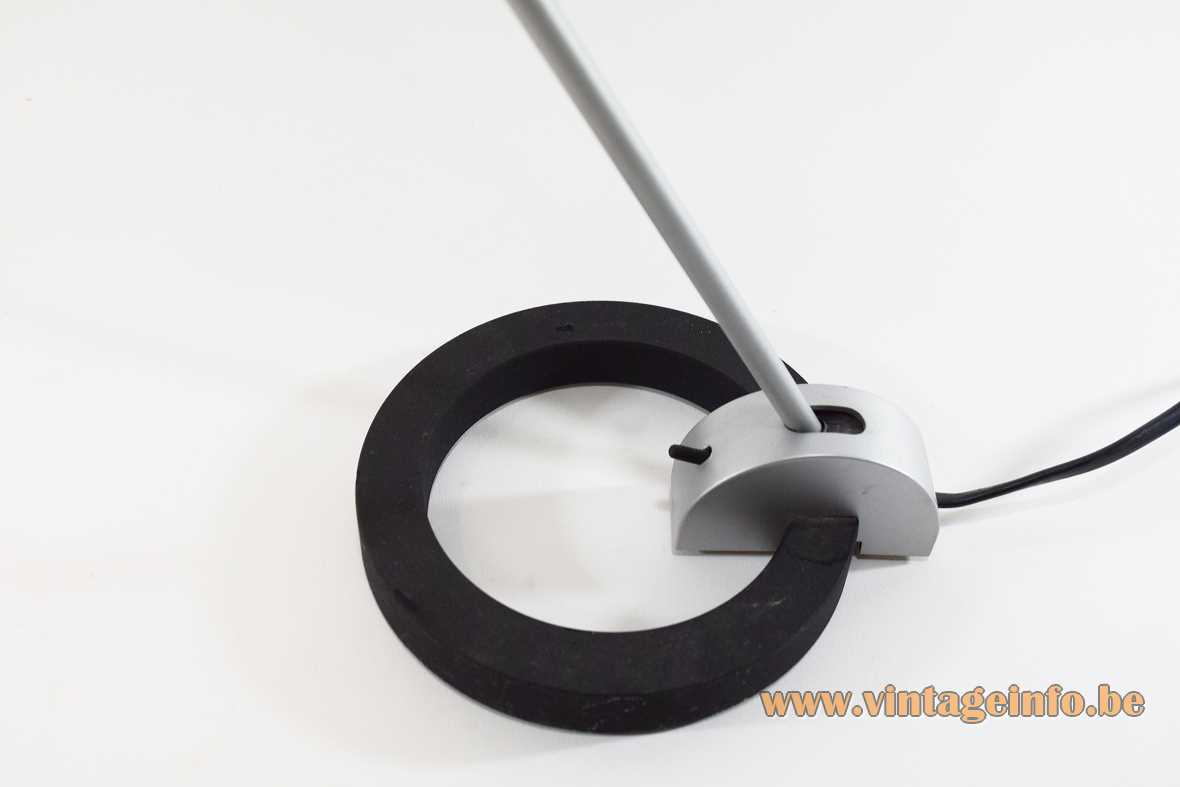 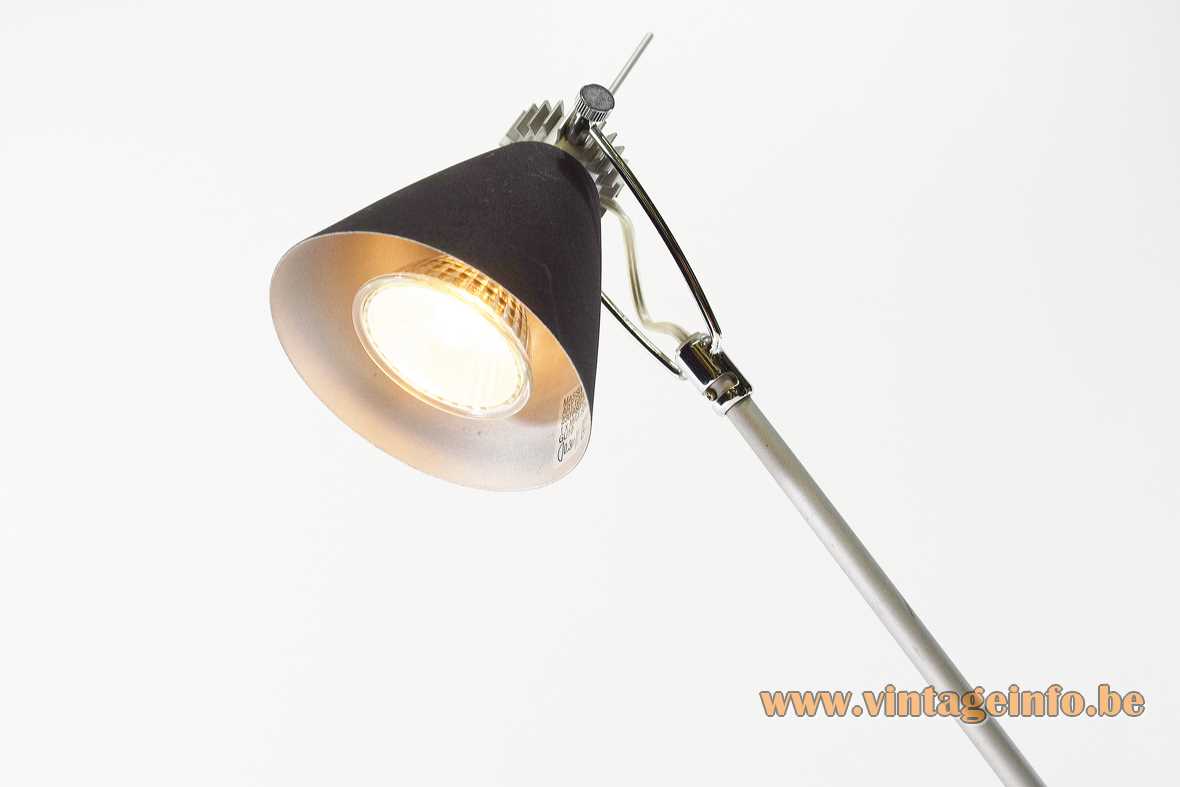 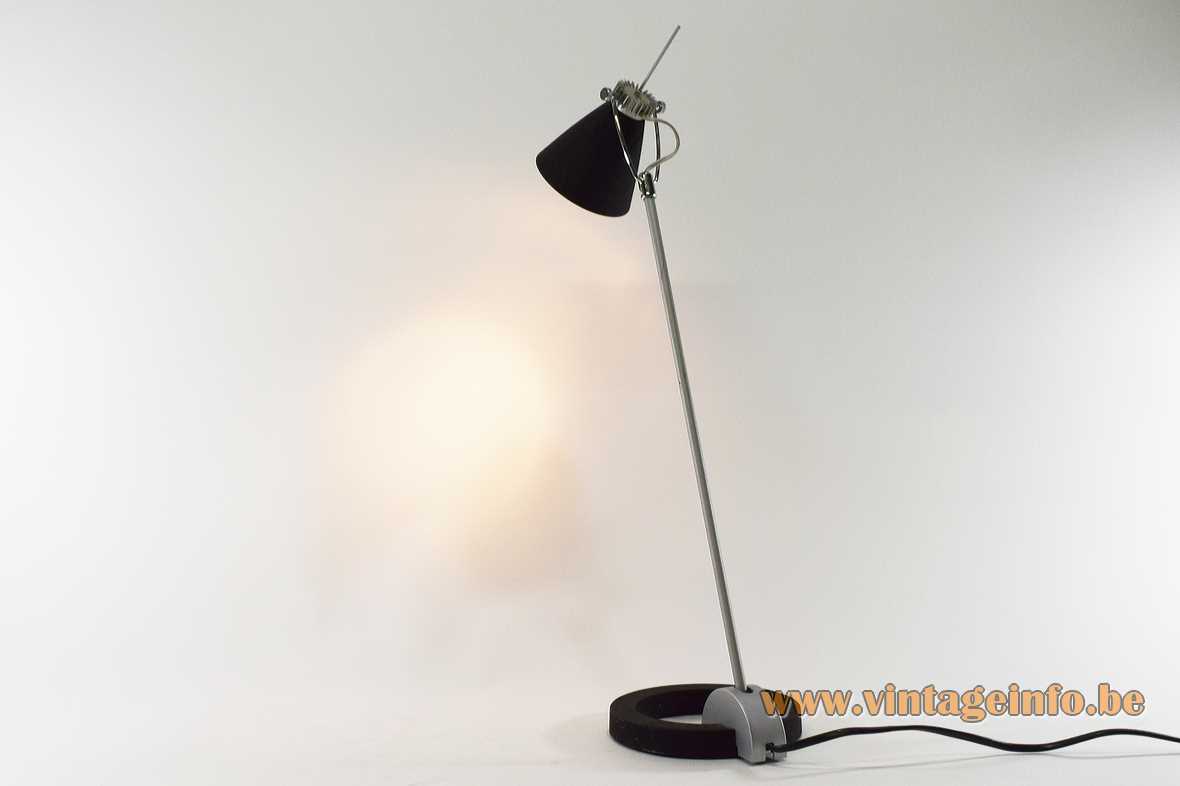 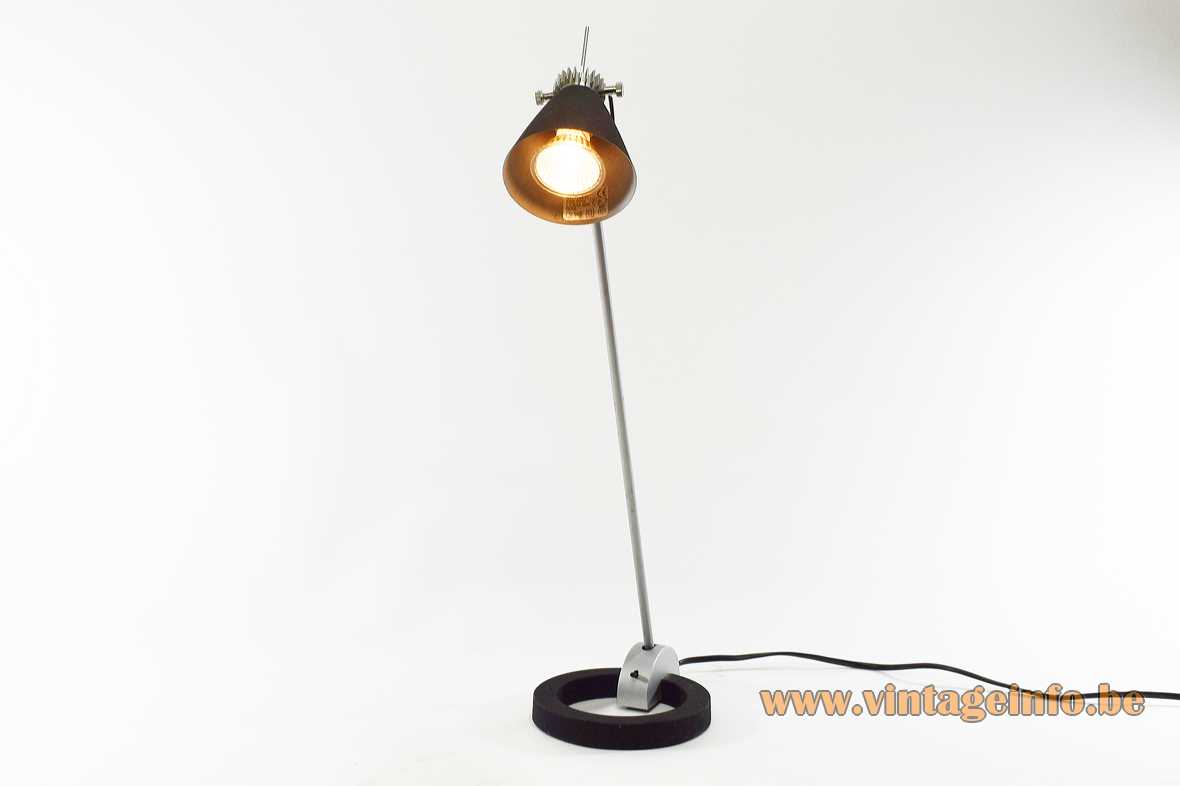 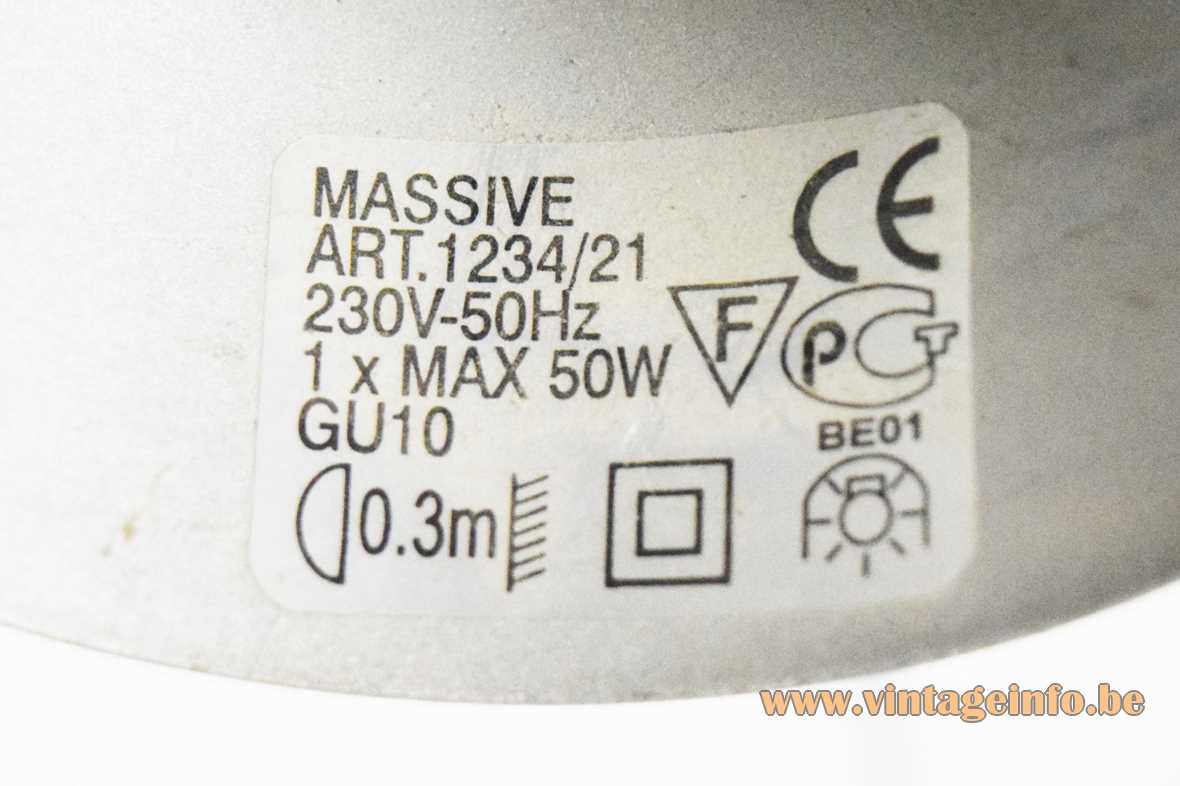 Other versions: This cast iron circle desk lamp was made in several colours. This lamp is model 1234/21.

The base of this lamp is a redesign of the base designed by Rico Baltensweiler in the 60s, as you can see below on the left. The chrome pin on top to handle the lampshade appears for the first time in a design by Gino Sarfatti in 1951 for the model 538 desk lamp.

Also Habitat used a similar base for the Tangola desk lamp from the 2000s, as you can see below on the right.

Together with Rosmarie Schwarz (born 1927), Rico Baltensweiler (1920-1987) founded the company Baltensweiler in 1951 in Lucerne, Switzerland. Rico worked as an electrical engineer at the Swiss Federal Railways (Schweizerischen Bundesbahnen) in Lucerne. Rosmarie worked as an interior designer and assistant to Max Bill in Zurich.

In 1959 they designed a series of desk lamps with a cast iron counterweight for Knoll International. The two desk lamps below were designed in the 1960s. They exist in different varieties. 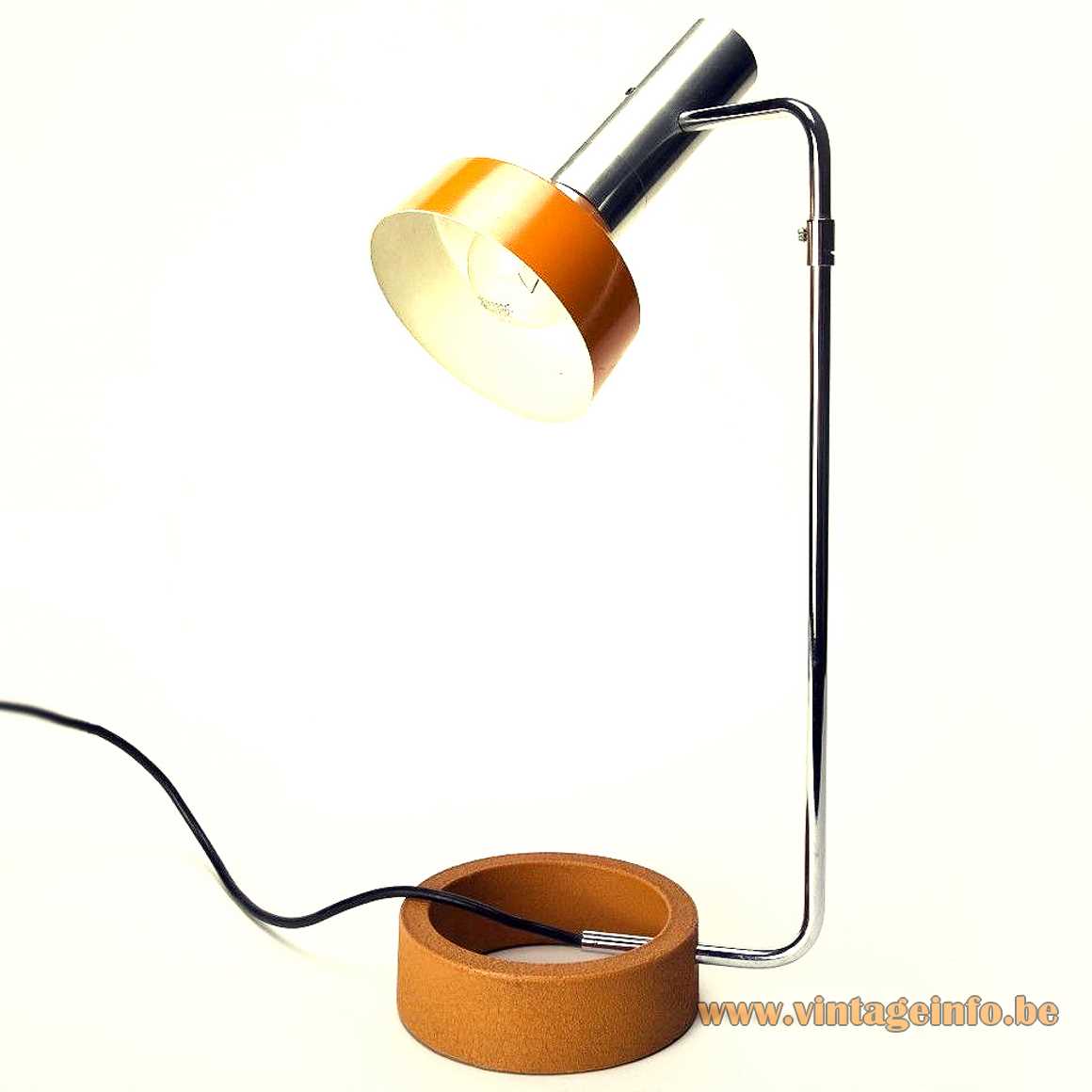 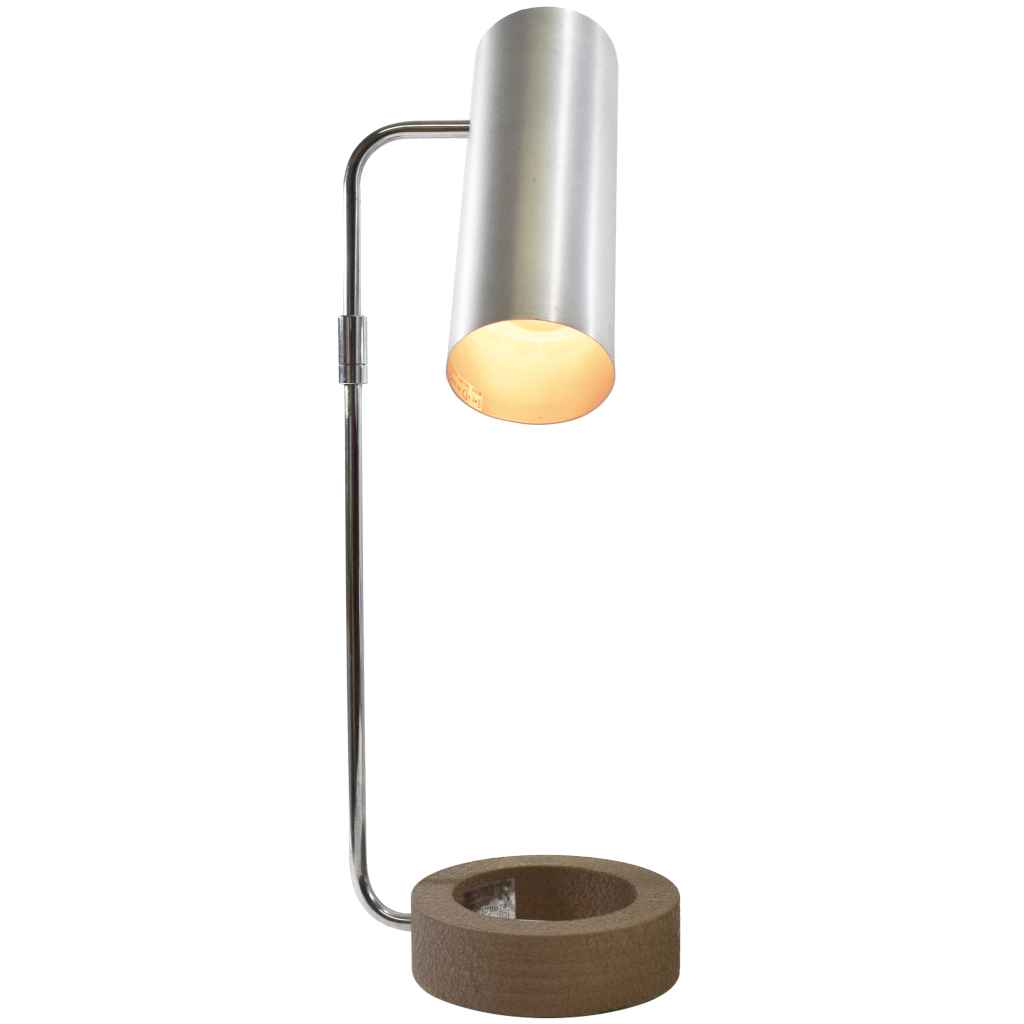