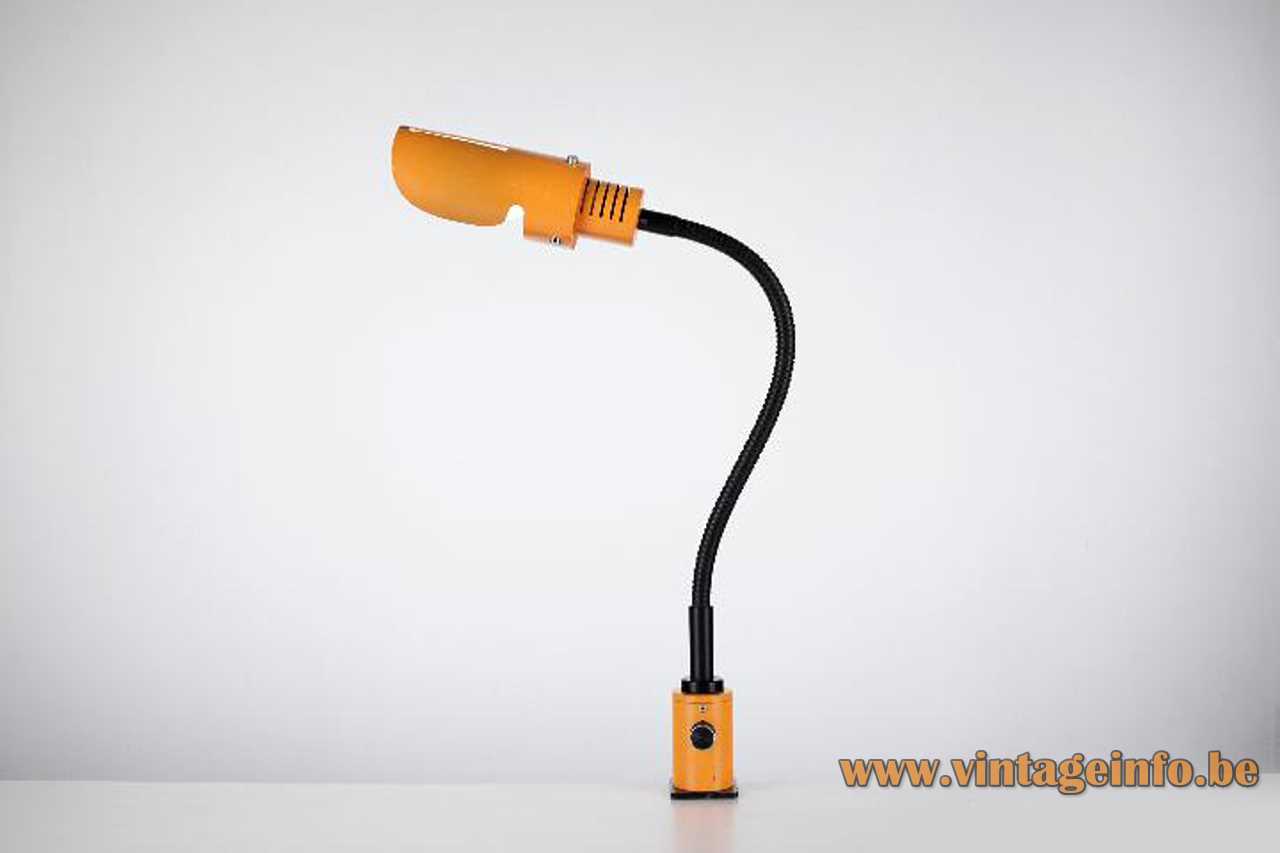 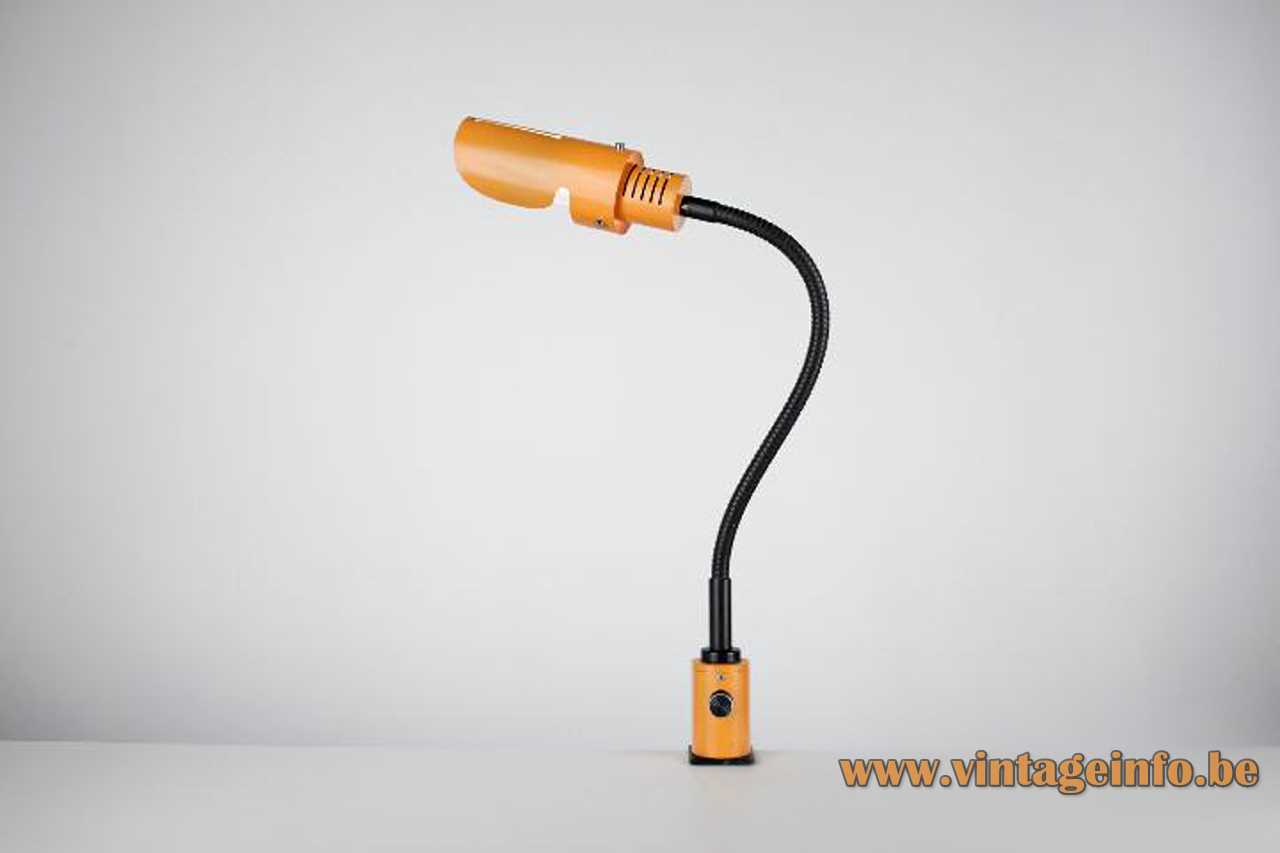 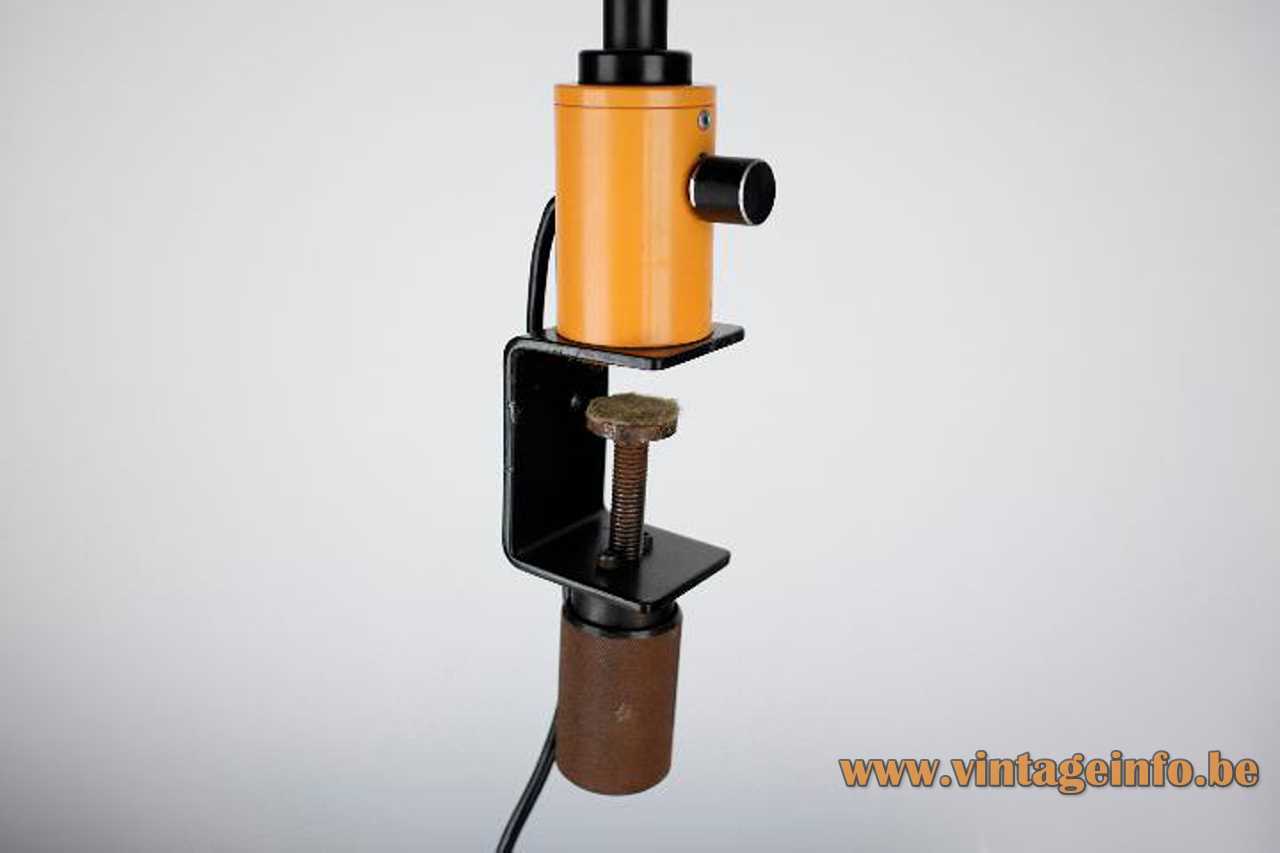 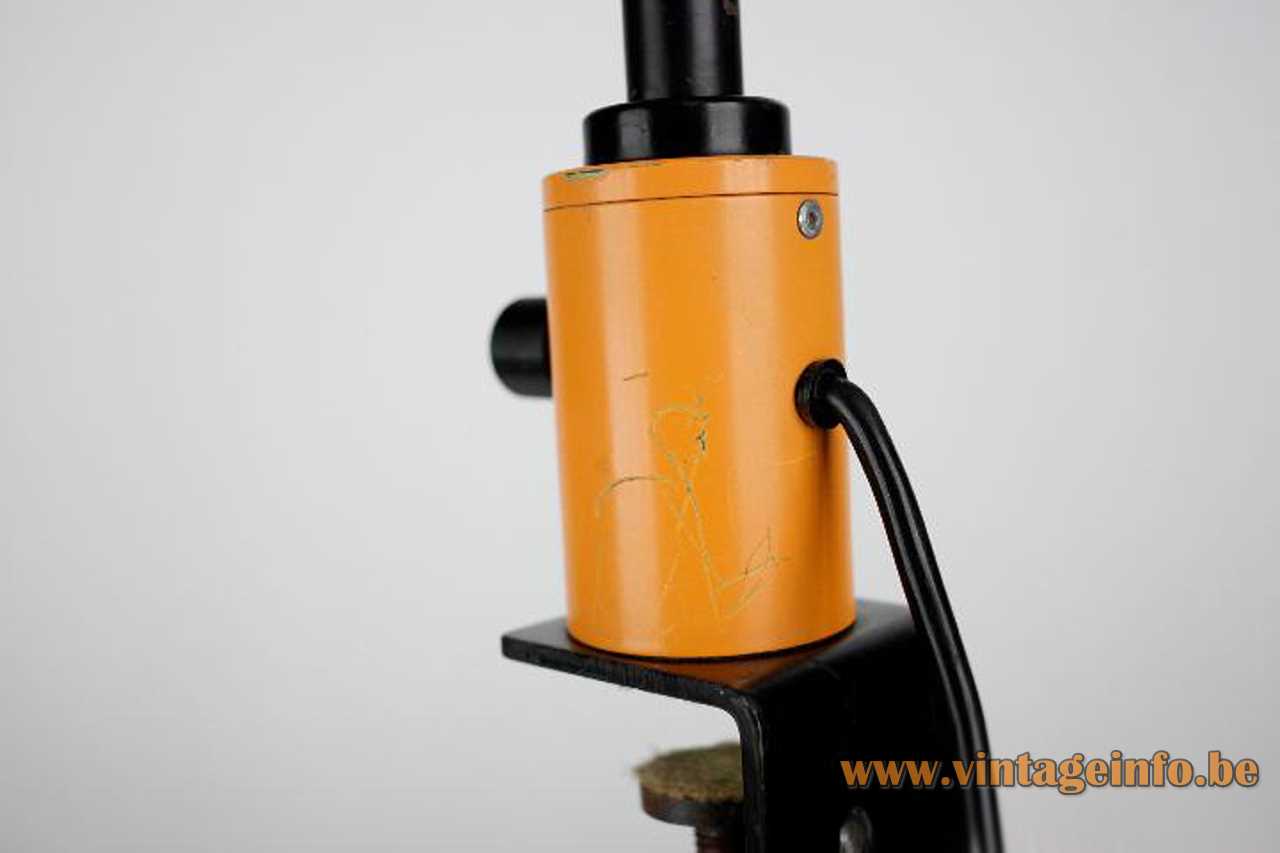 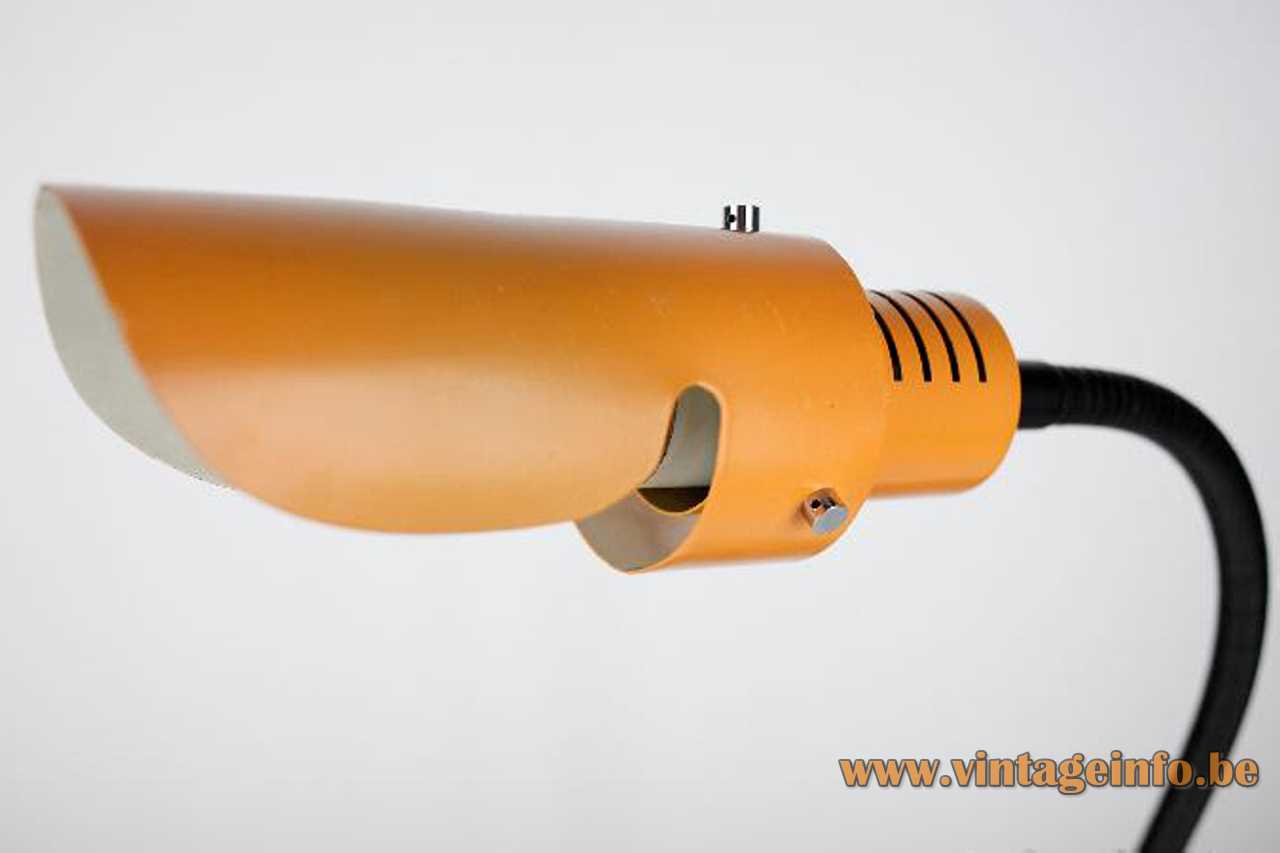 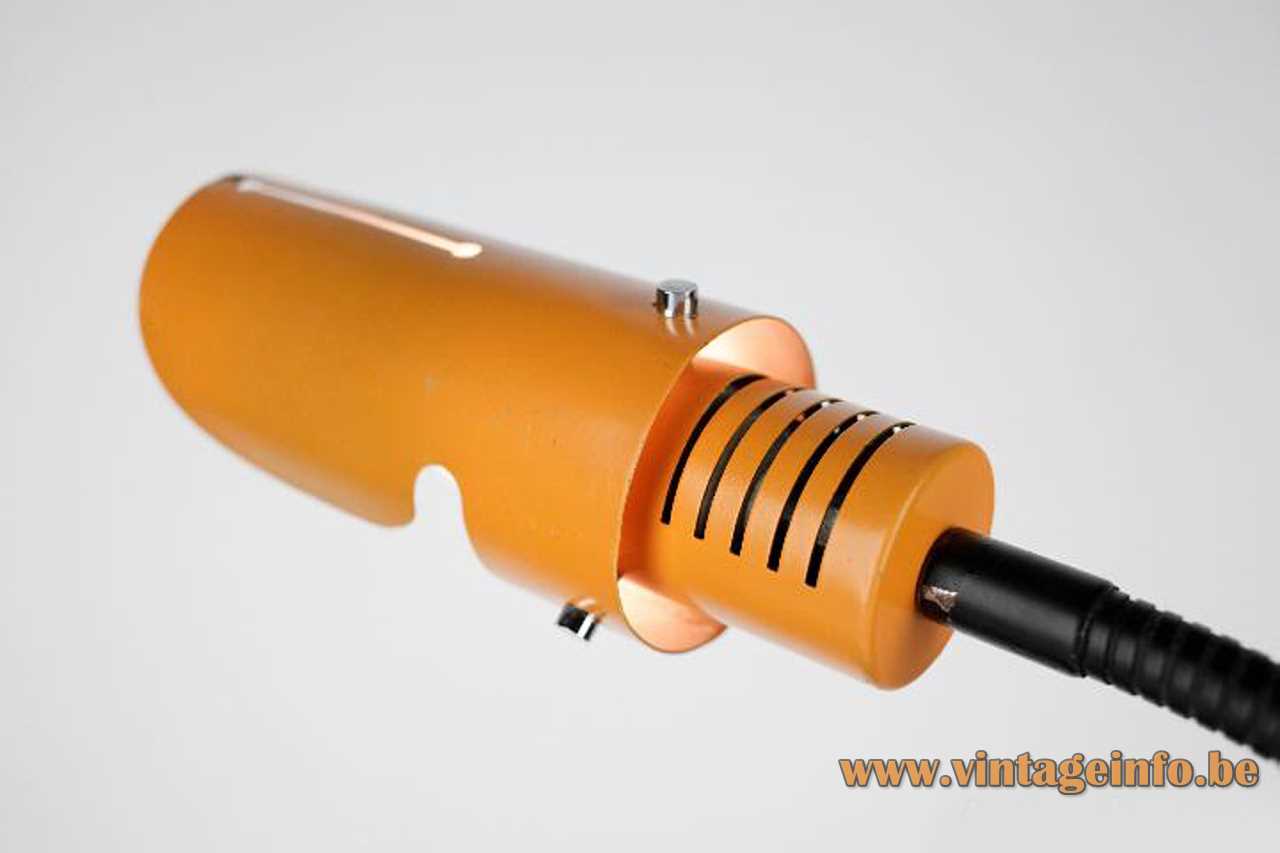 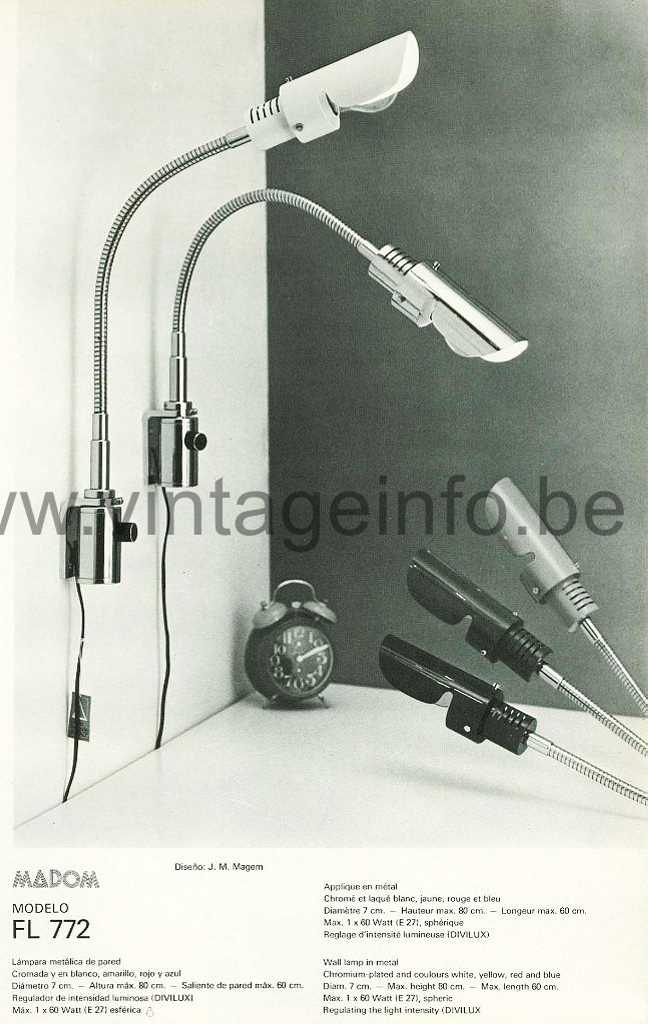 Materials: Orange painted metal (iron) half round tubular lampshade, painted white on the inside. Elongated slot on top of the lampshade. Black gooseneck and parts. Built-in dimmer in the round orange base. Black painted clamp. Some metal parts. 3 chrome ornamental nuts. White painted Bakelite E27 socket.

Other versions: This Josep Magem Madom clamp lamp exists in several colours. It is model FL 772. The elongated slot design was used for several other lamps. A wall lamp can be found over here, a chrome clamp lamp over here. 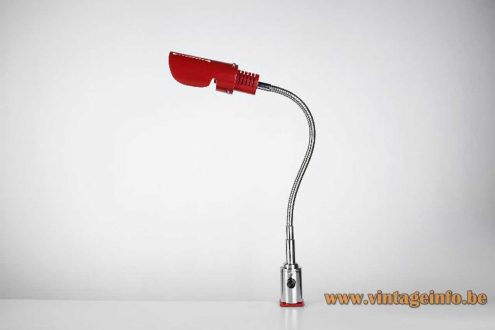 Clamp lamp with a round lampshade