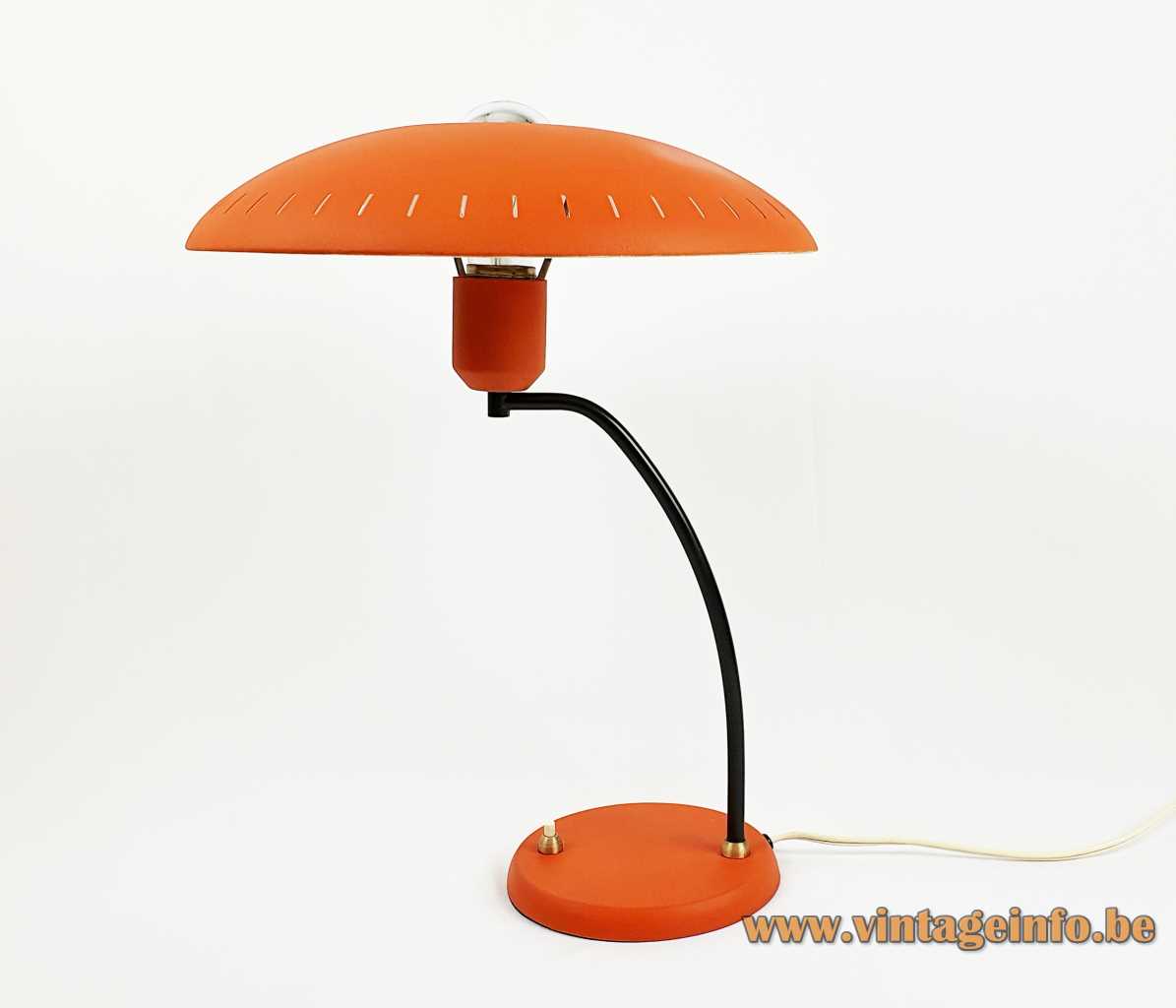 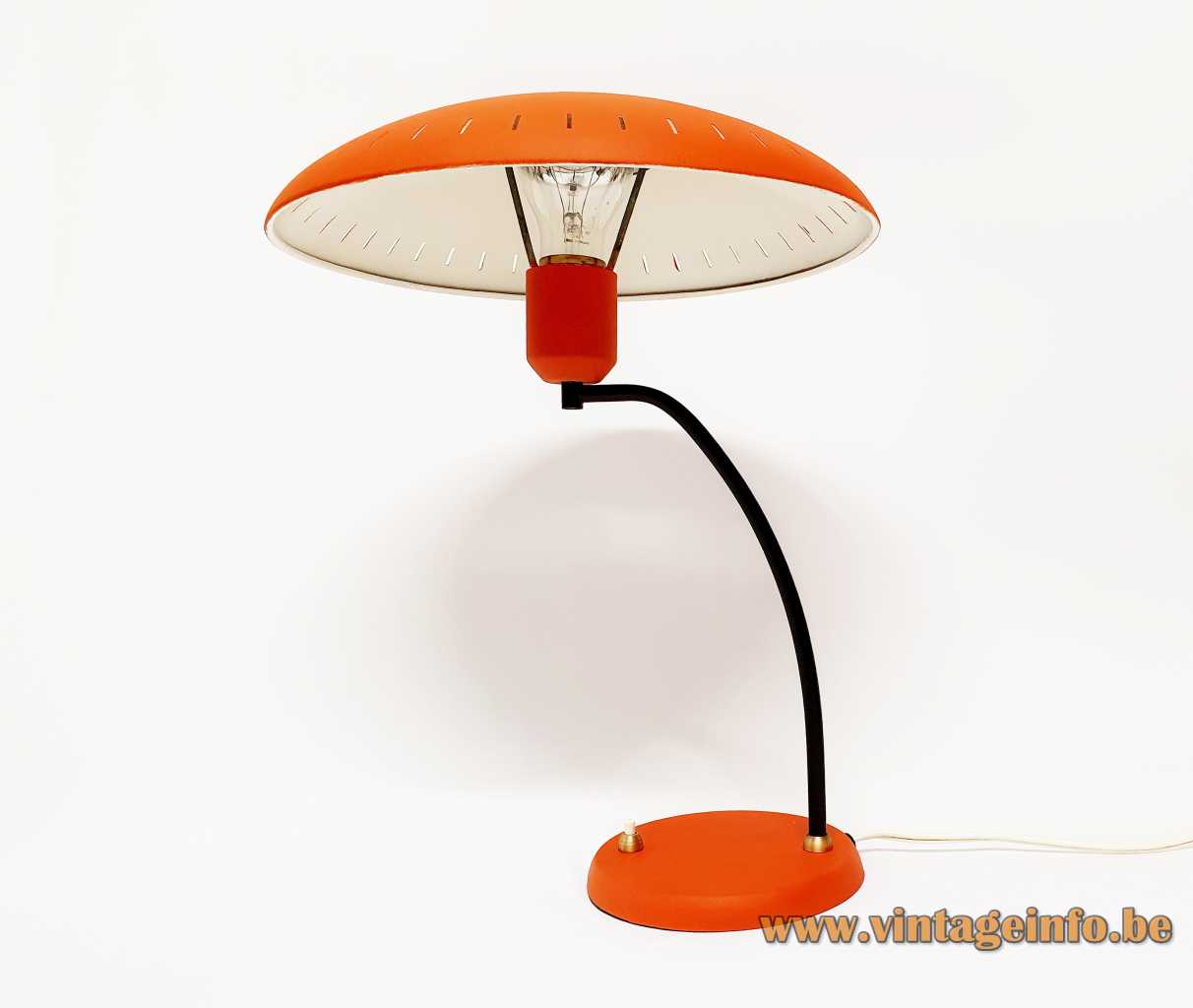 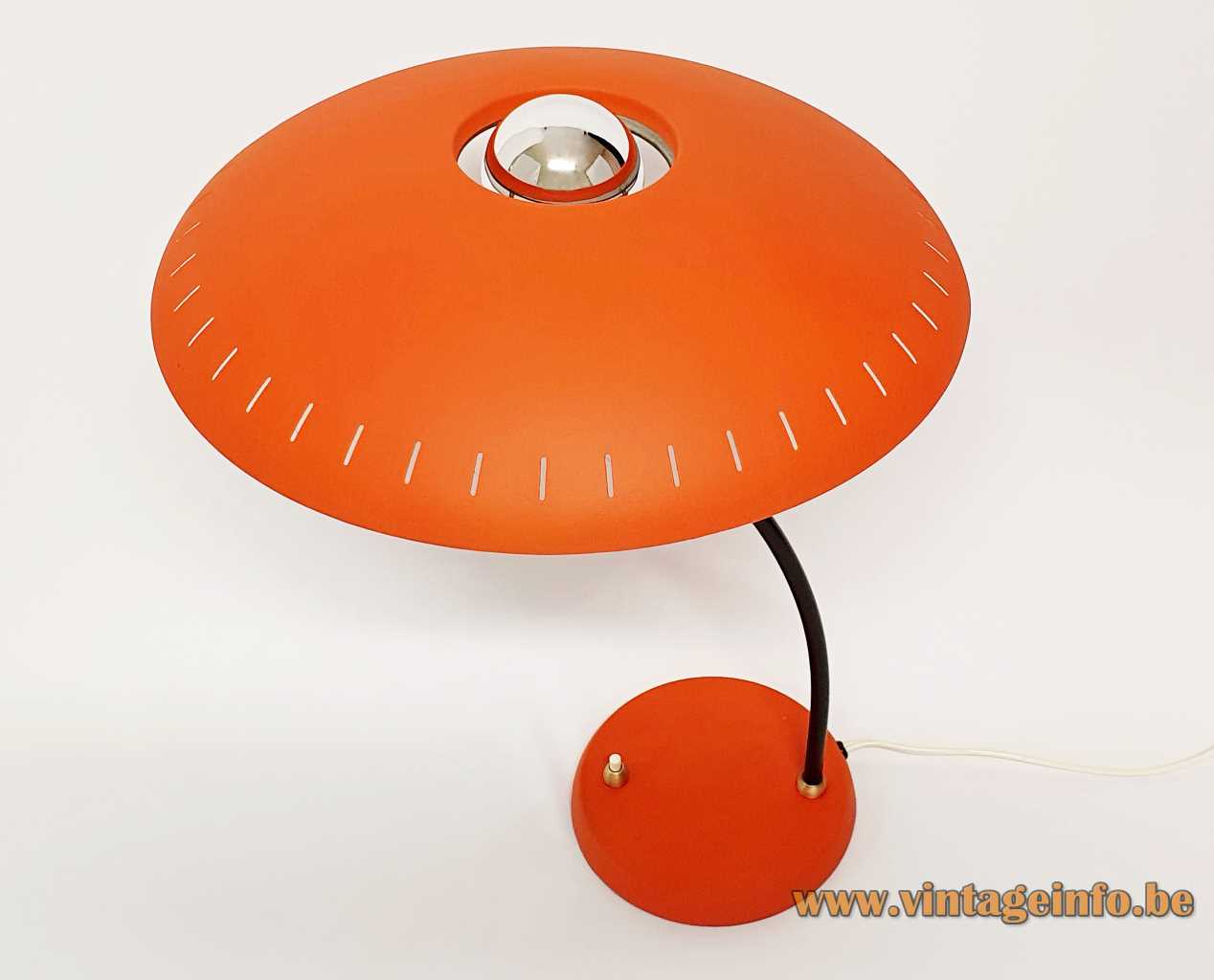 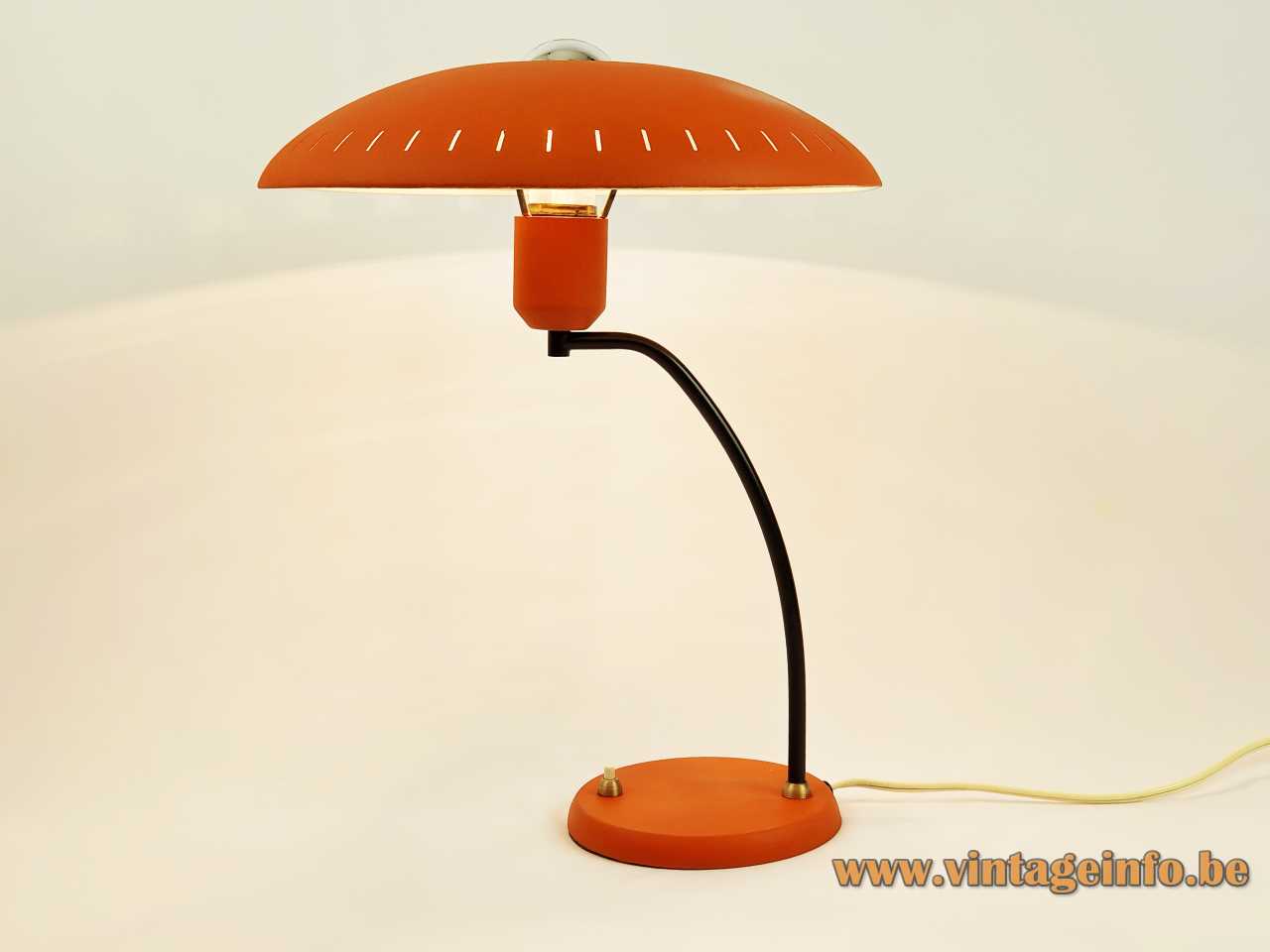 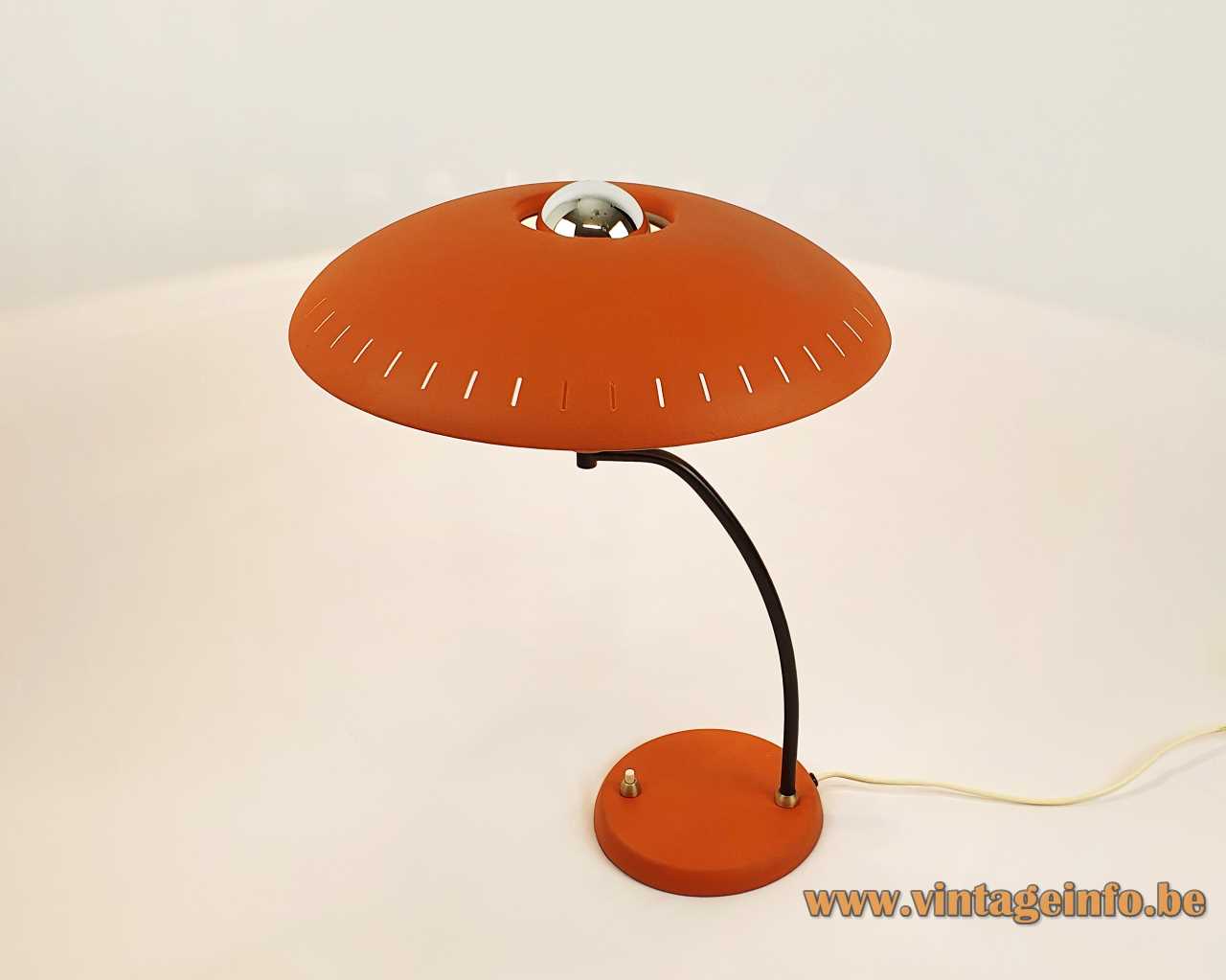 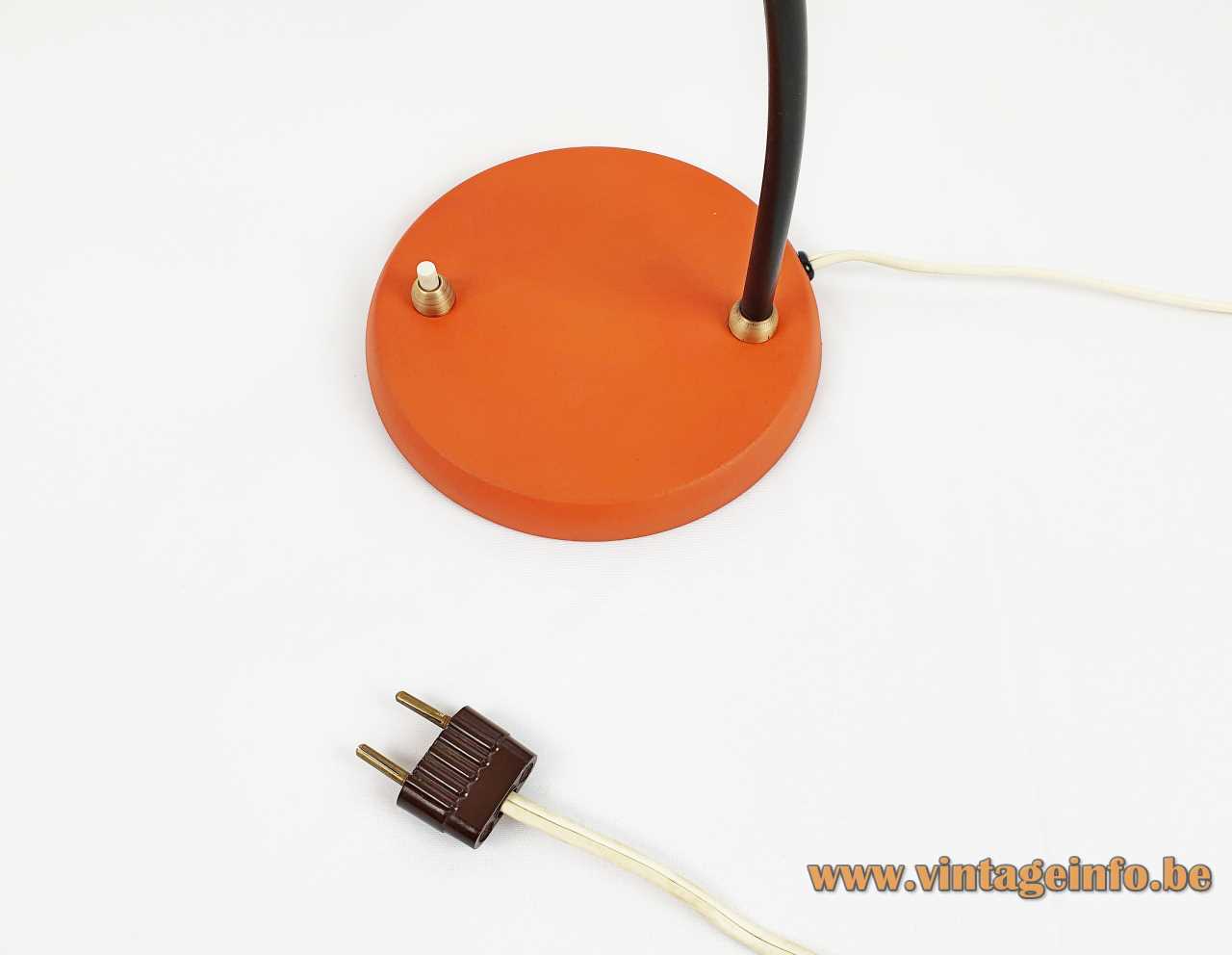 The Philips Junior desk lamp was used as a prop in the movie War Dogs from 2016 in a hotel in Albania, together with a Dijkstra floor lamp. War Dogs is a biographical black comedy-drama film about two arms dealers. Starring Jonah Hill, Miles Teller and Steve Lantz. 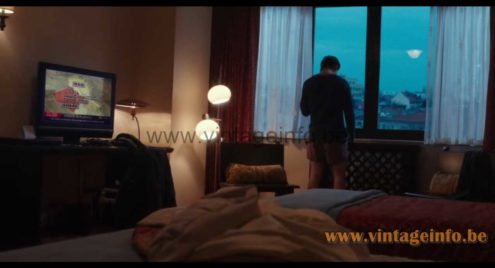 The Philips Junior desk lamp was used as a prop in the 1994 movie The Hudsucker Proxy, in an office of a newspaper in 1958. The Hudsucker Proxy is a film with Tim Robbins, Jennifer Jason Leigh and Paul Newman. It is a comedy film co-written, produced, and directed by Joel and Ethan Coen. 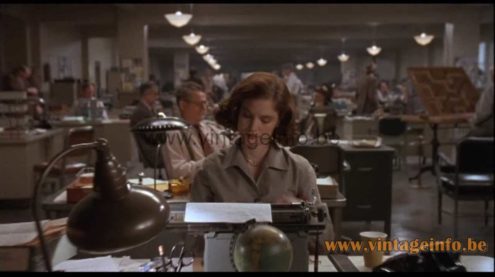 Other lamps designed by Louis Kalff


Other versions: The Philips Junior desk lamp exists with slight differences in the lampshade, rod and base. Made in several colours.

The reason is unclear why there are some many varieties in these lamps. You also see it with other lamps designed by Louis Kalff. Was he capricious and not easily satisfied with a design? Or is it just the parts supplier? Another example of the Junior desk lamp with some slight differences can be found here, on Vintageinfo. 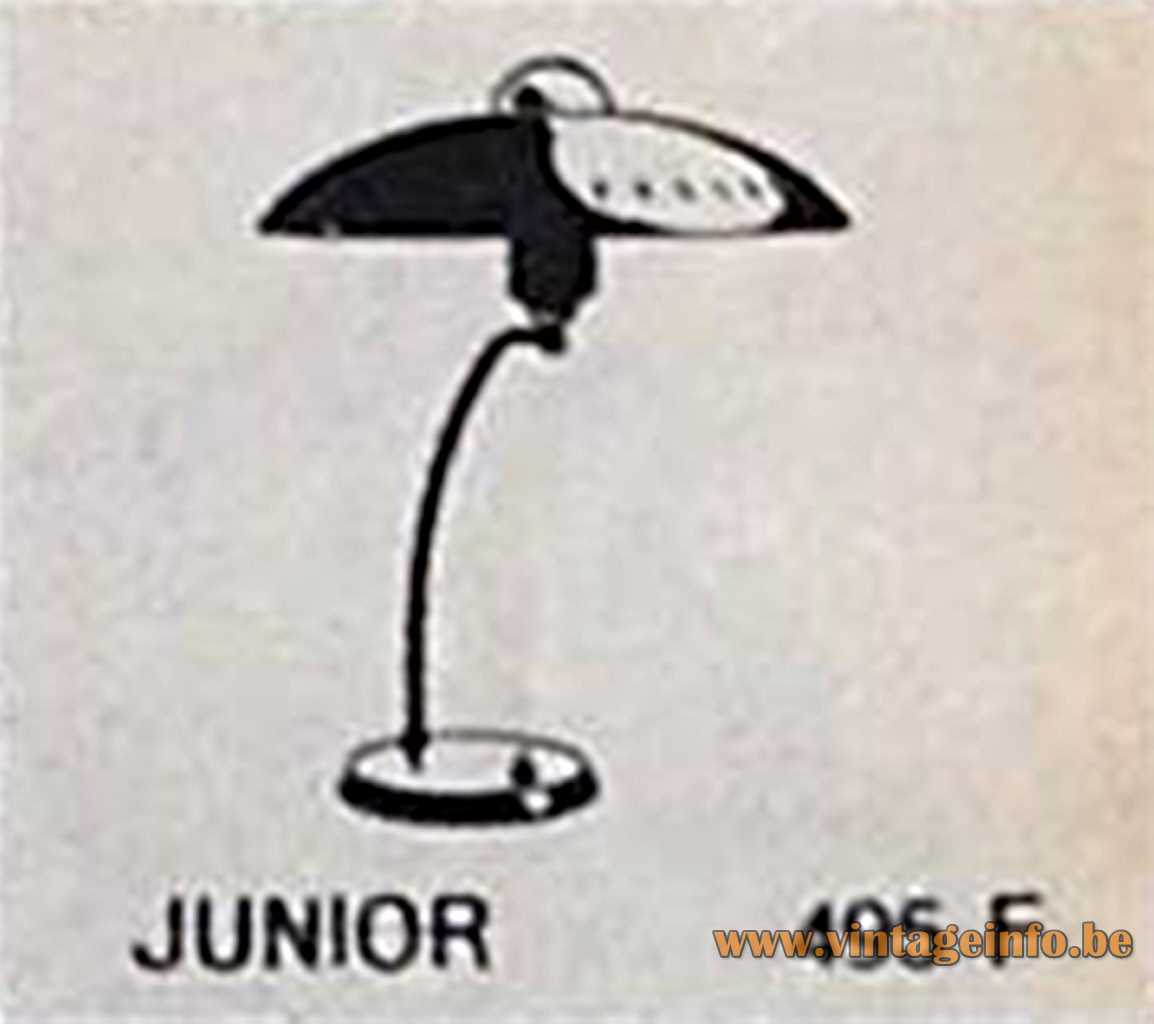 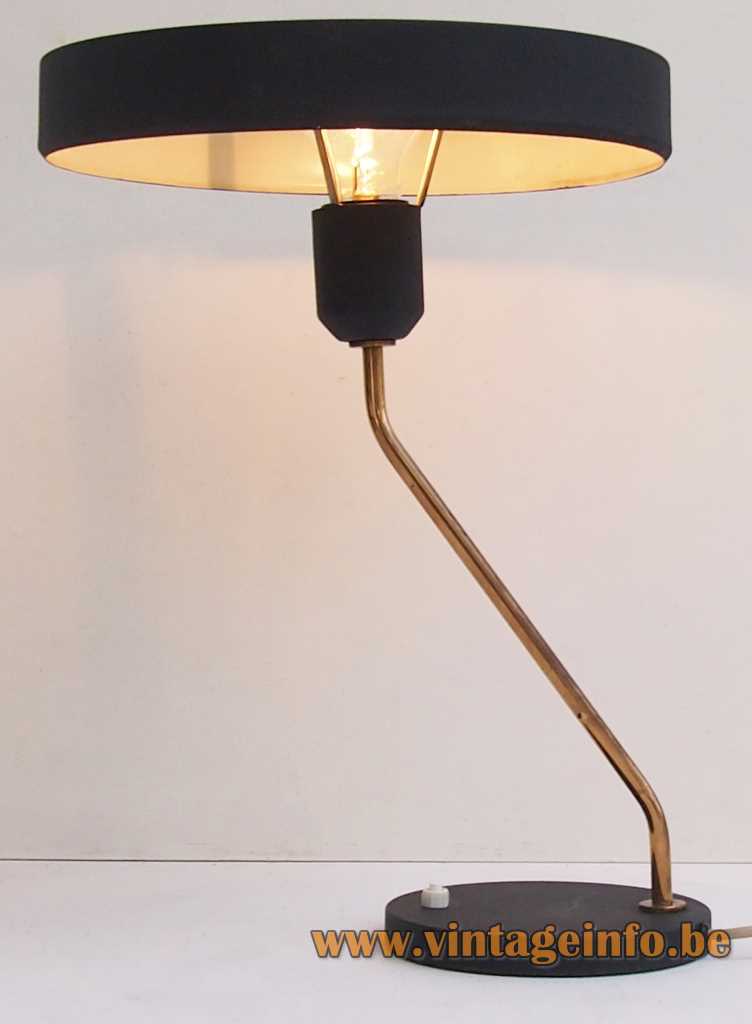 The roof has many similarities with the Junior desk lamp. 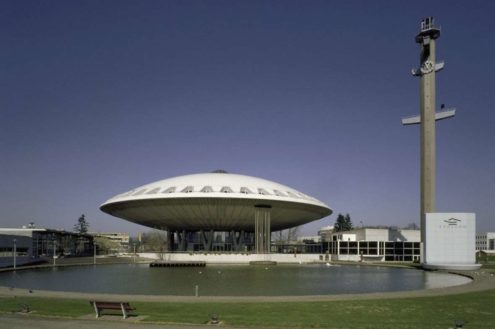