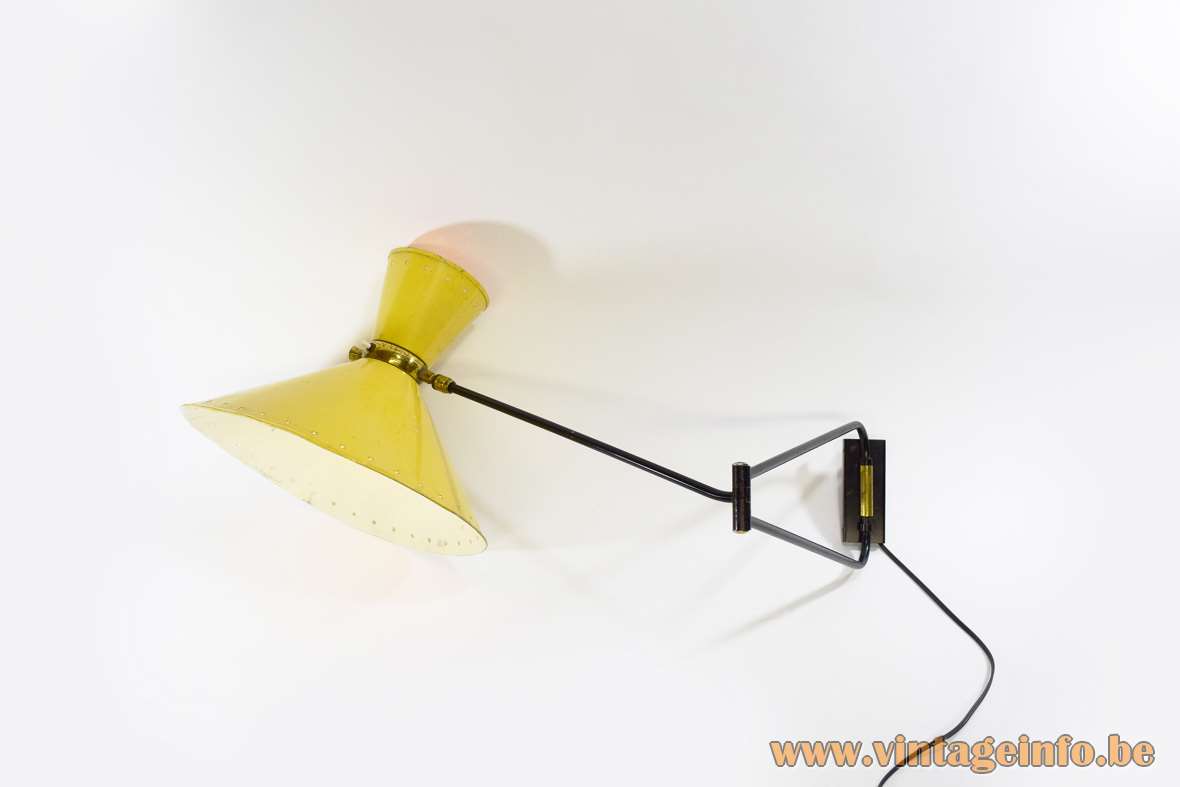 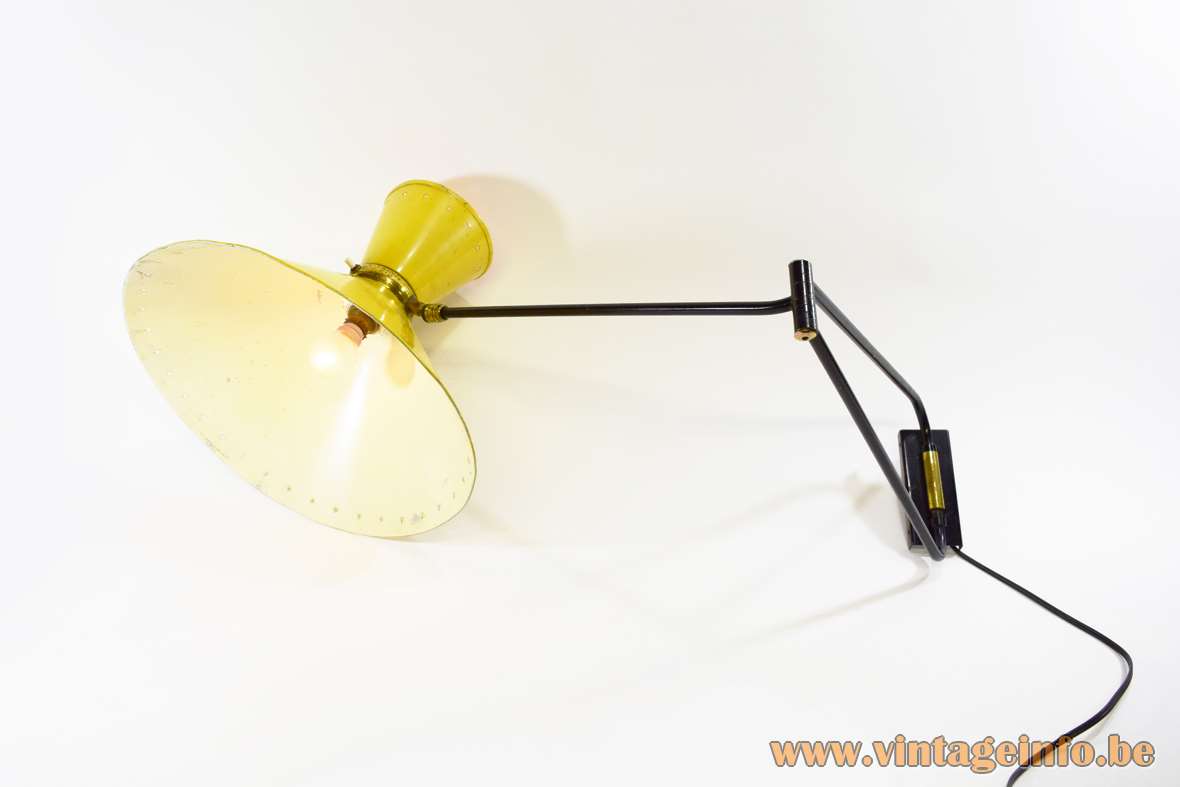 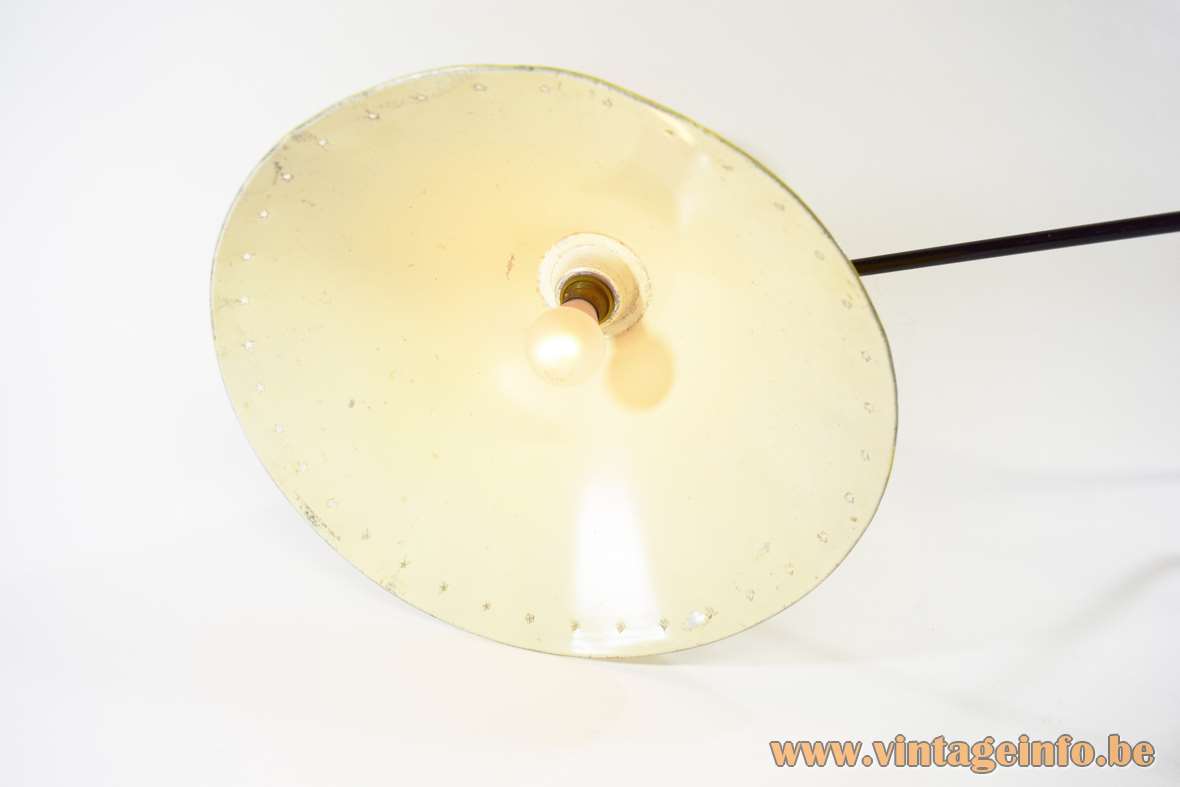 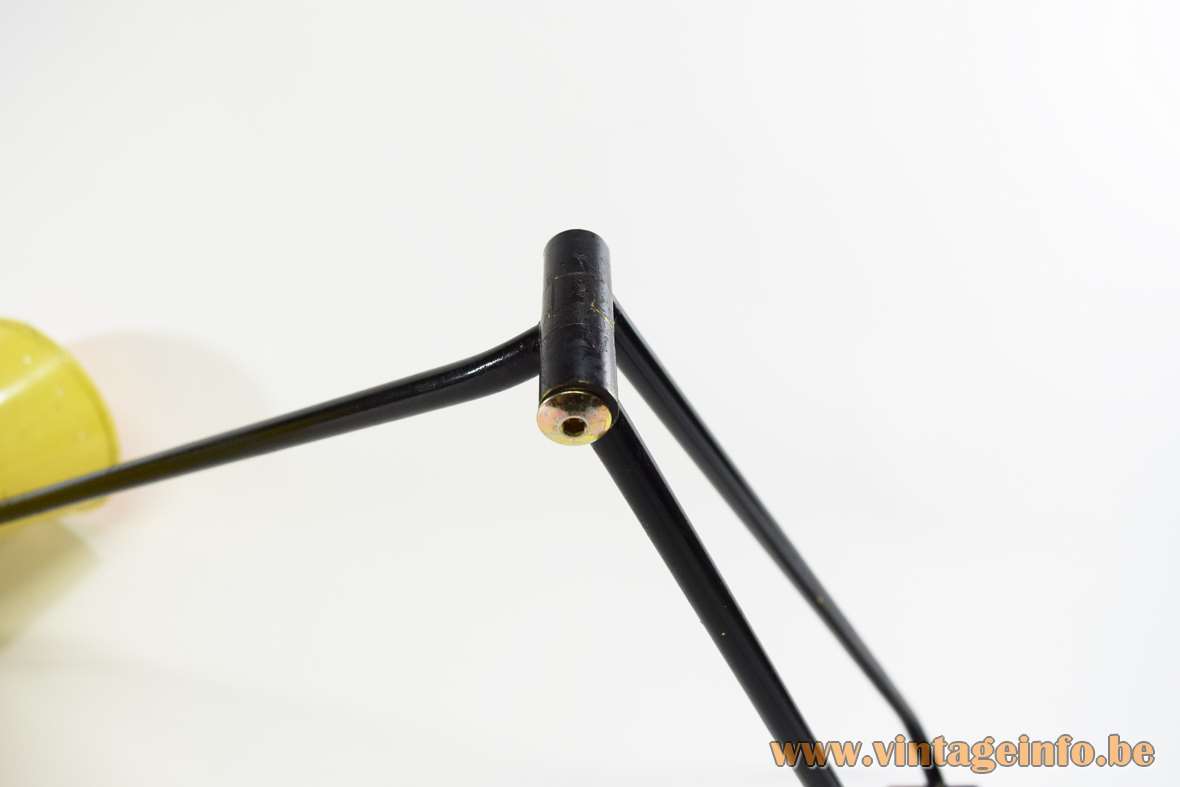 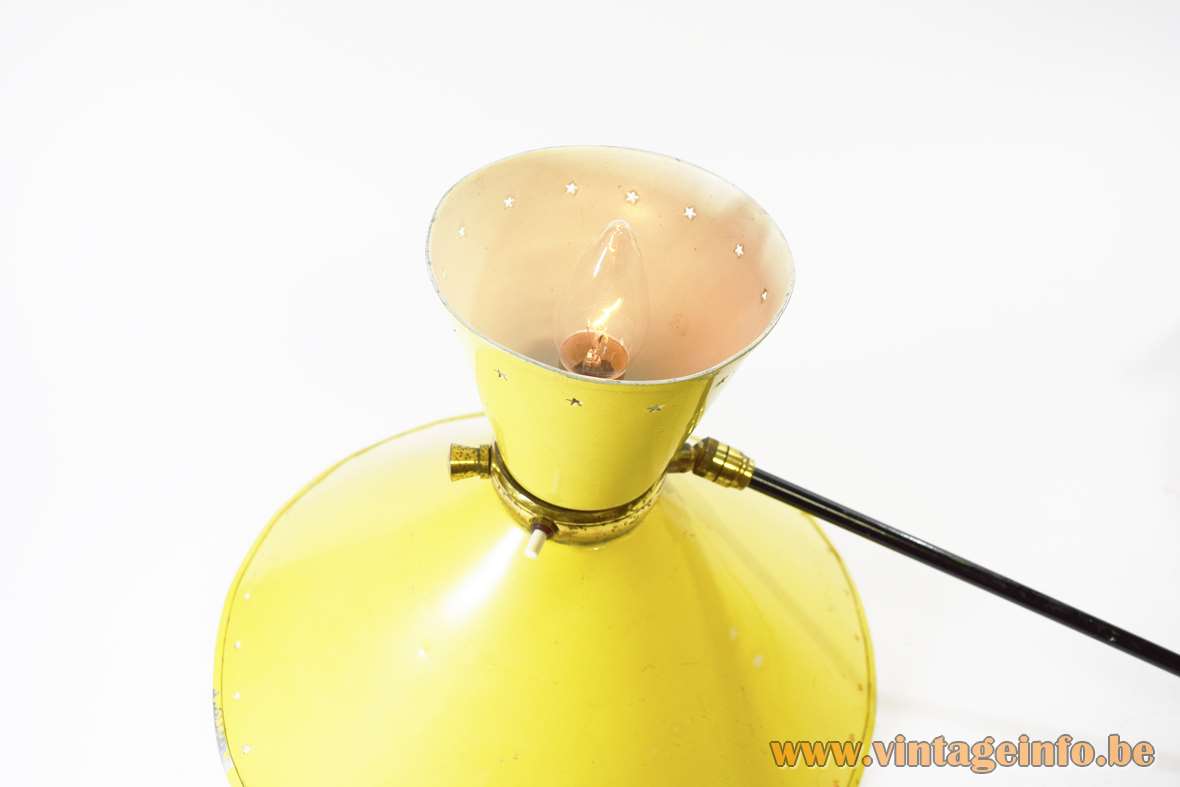 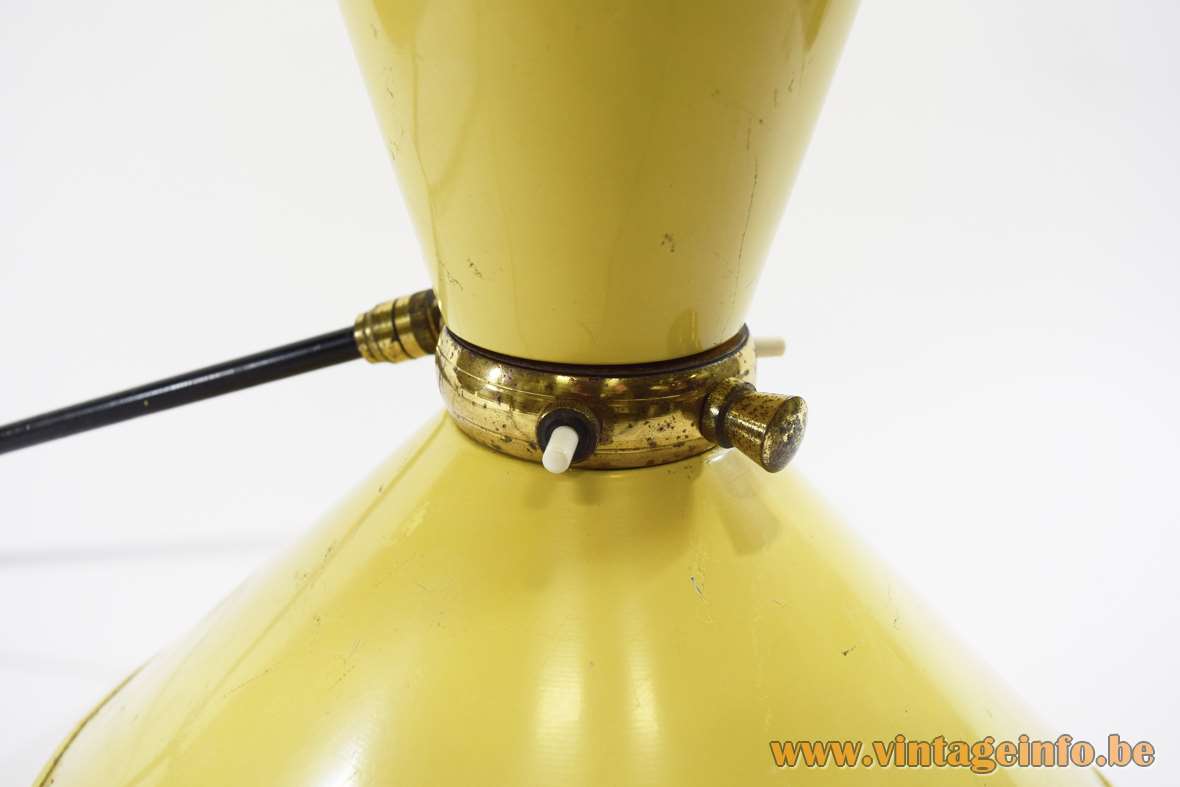 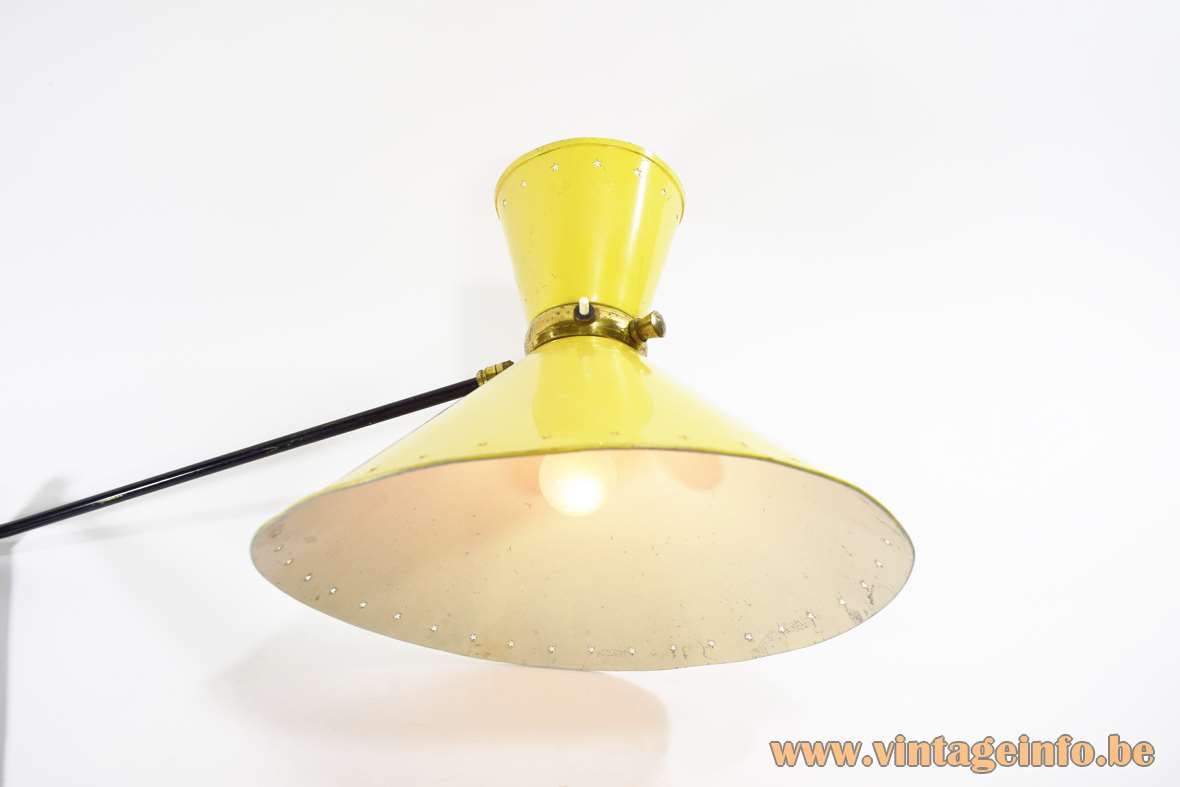 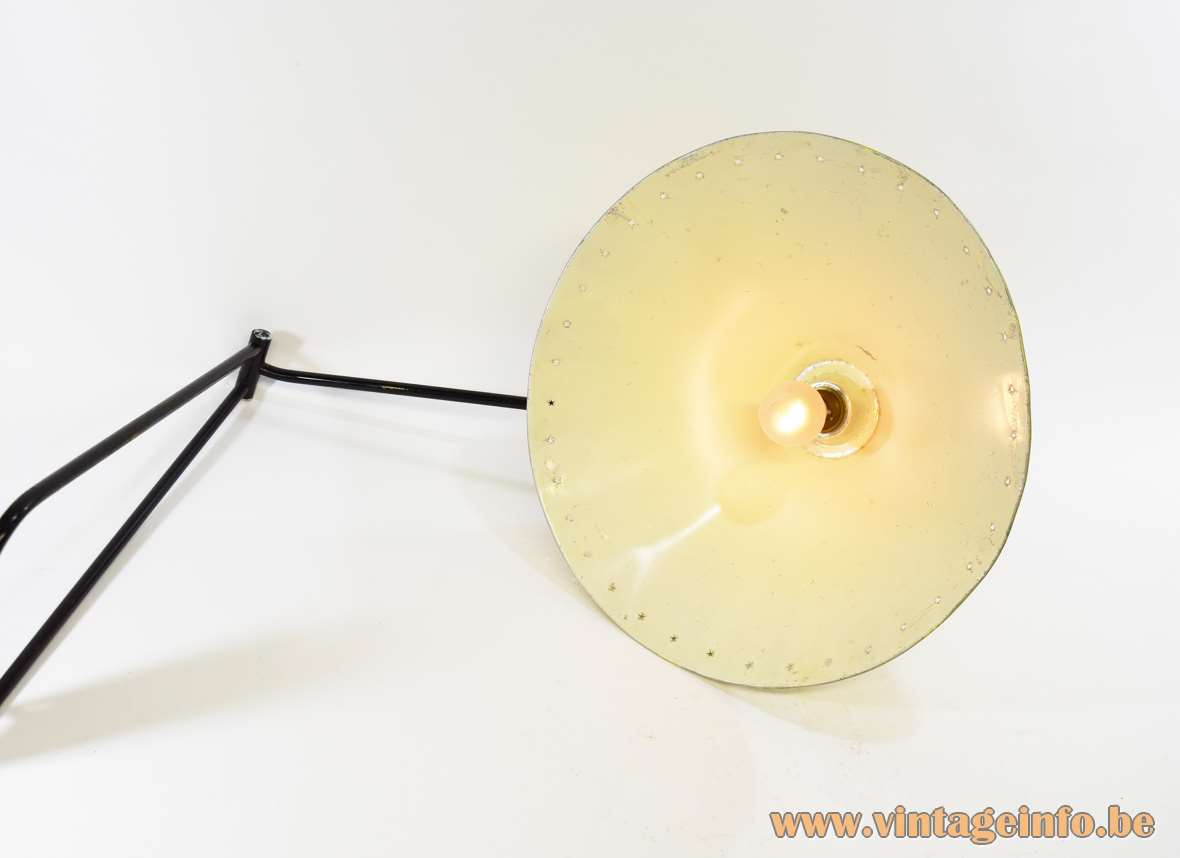 New version of this lamp on the Lunel website

In 2019 Lunel relaunched the production of this lamp in a limited and numbered edition. You  can find it on their website.

Ets R. Lunel, later in time it changed into Maison Lunel was founded by entrepreneur Raymond Lunel. He began his career by opening a small electricity store in the rue Fontaine, Paris.

Raymond truly began his career in the 1950s by opening his “Royal Luminaire” factory in Montreuil. He undertakes to publish his lighting designs in series, and shares his passion with renowned designers Renée Mathieu, Robert Mathieu and Pierre Guariche. Raymond Lunel passed away in 1978.

Today, granddaughter Agathe Lunel perpetuates the spirit of Maison Lunel by undertaking the reissue and modernisation of Editions Lunel. After having undertaken studies of applied art, Agathe gives life to the story of her grandfather, reinterpreting the great iconic classics of the 50s, starting with this foldable diabolo wall lamp. It was the first design by Raymond Lunel.

Diabolo is the name given to the shape of the lampshade. The diabolo lampshades were very popular in the 1950s. You can find several examples on Vintageinfo. The Stilnovo company named their versions Megafono. 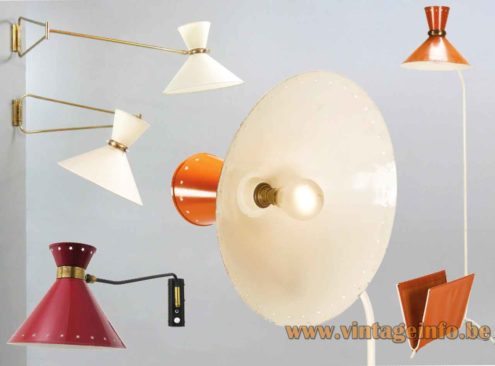