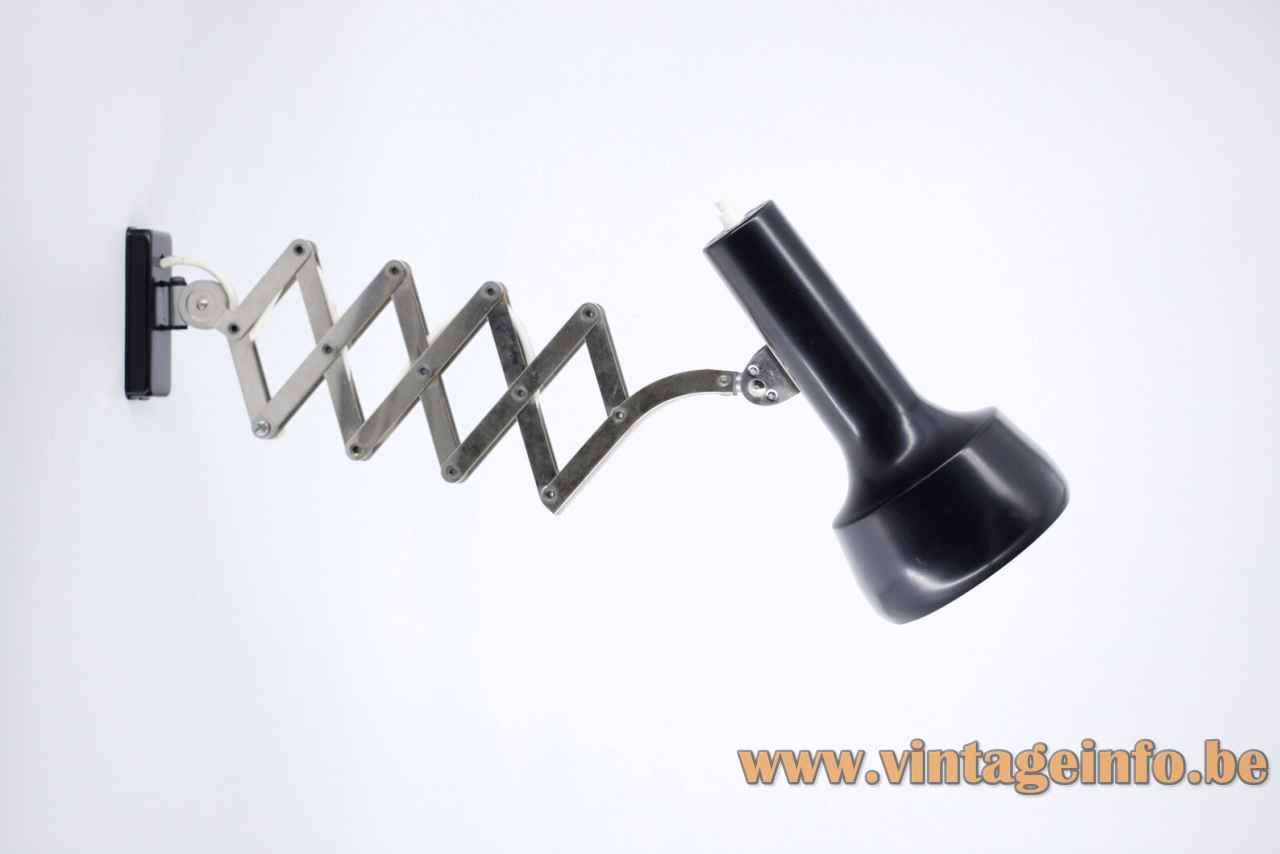 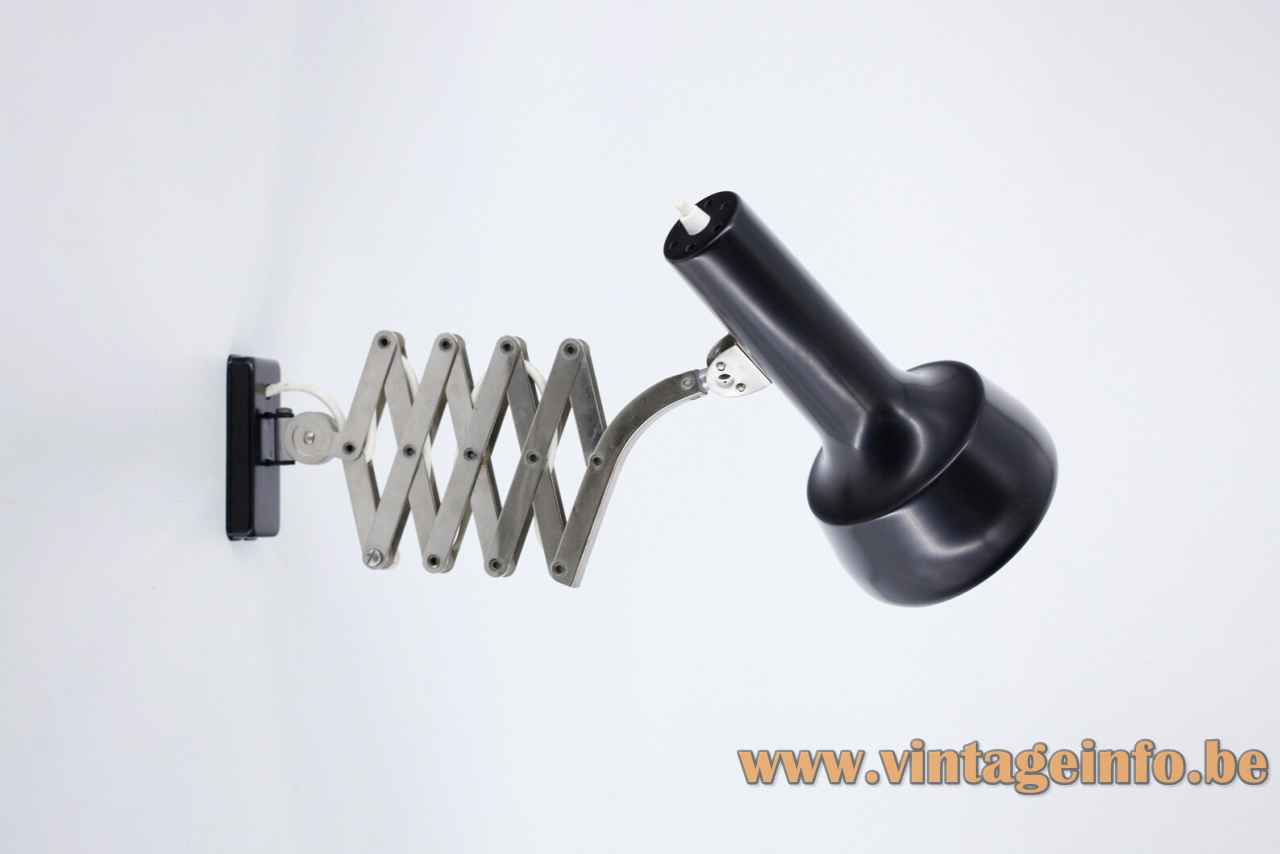 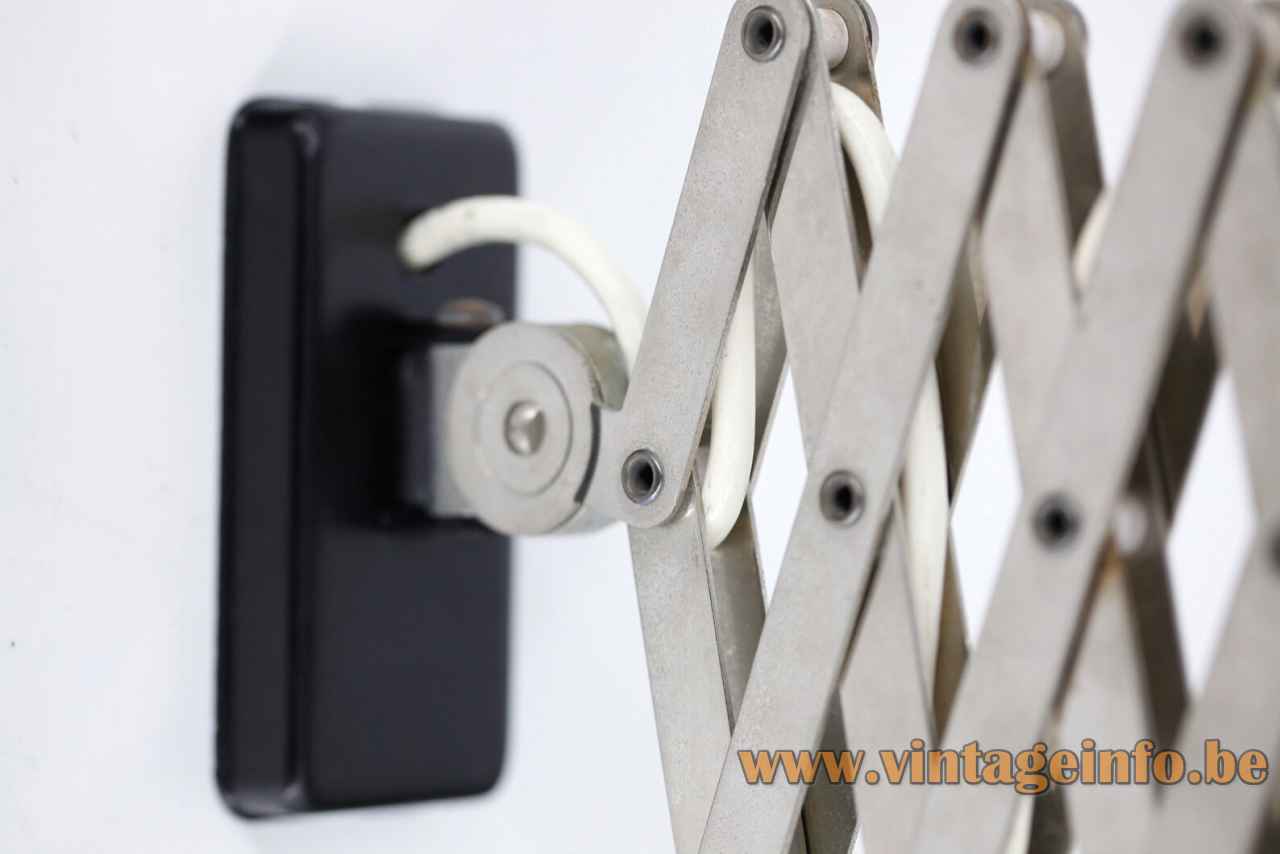 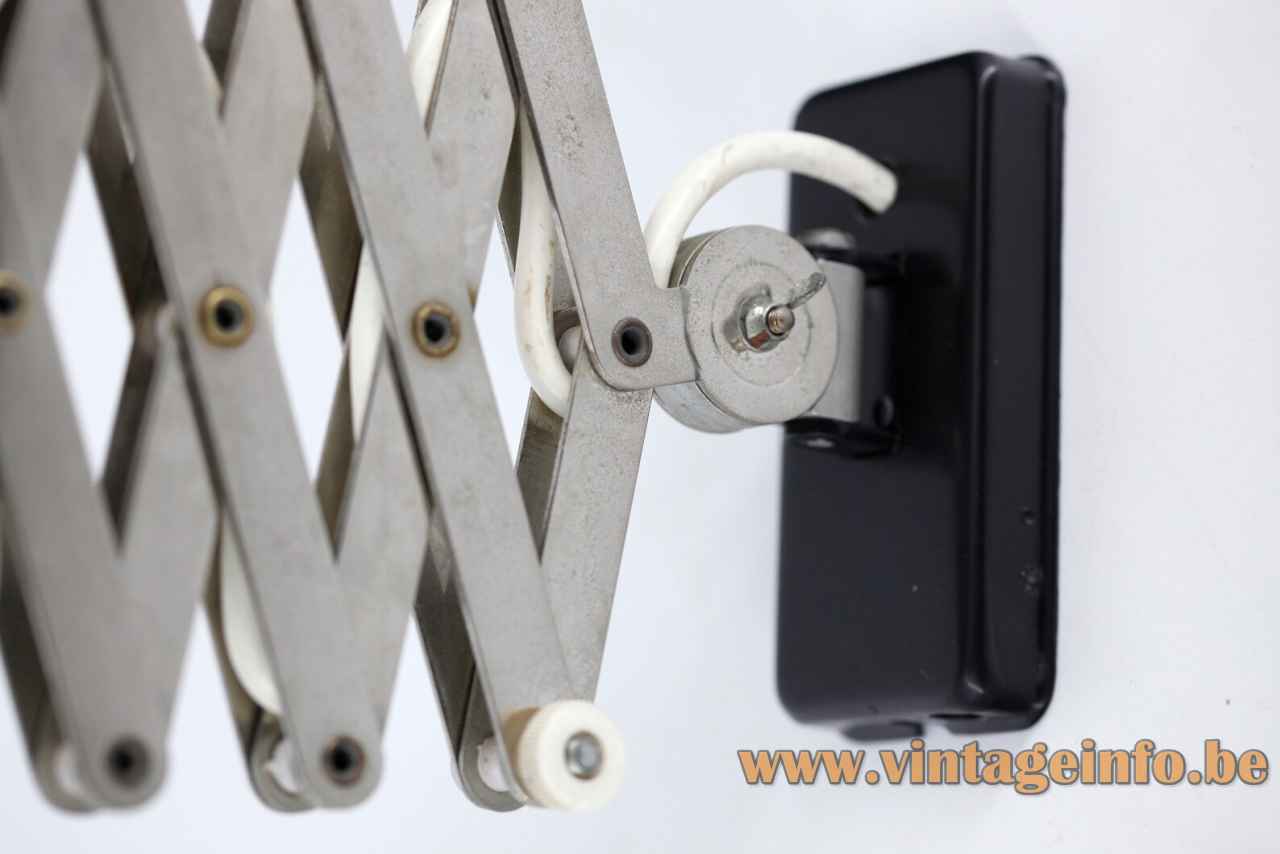 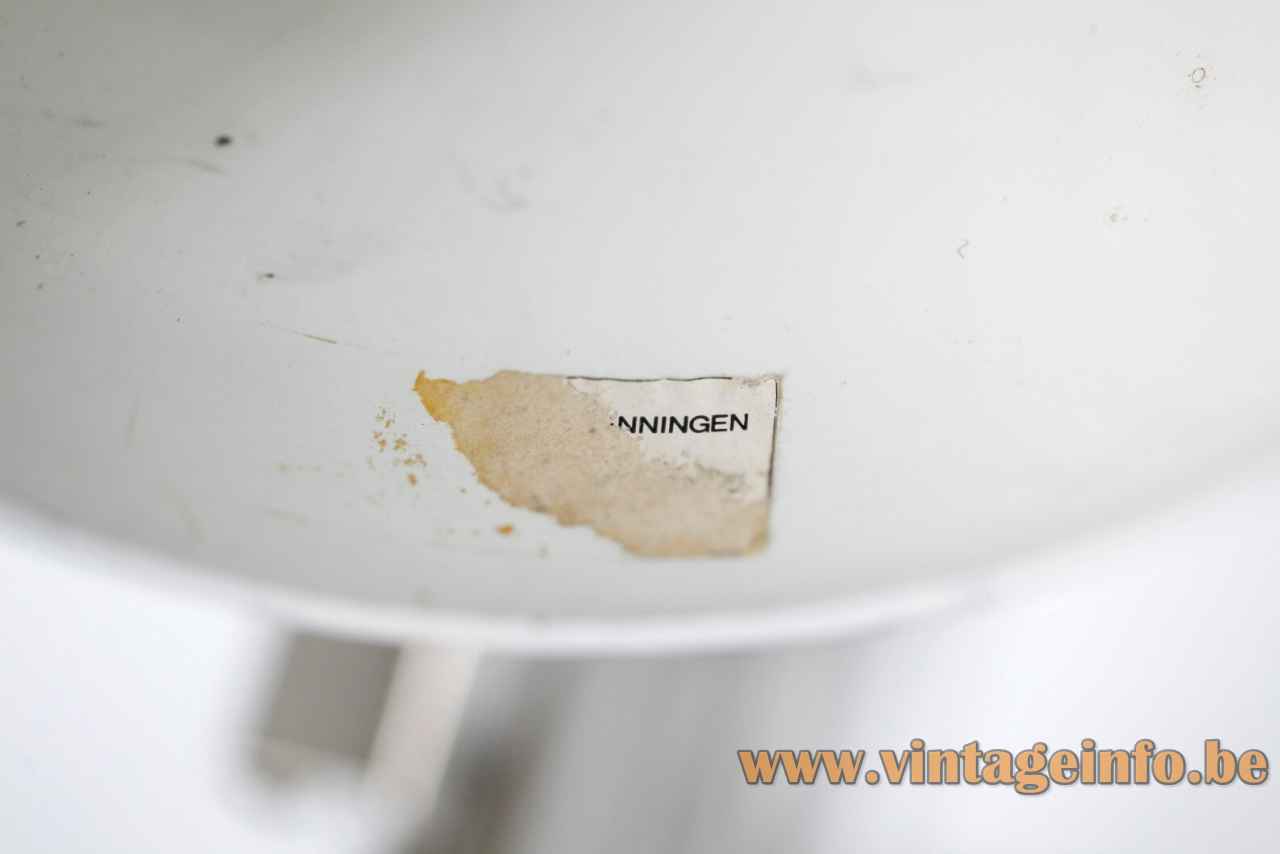 Other versions: This Pfäffle Leuchten scissor wall lamp exists in several colours. The lampshade was used for several other models. The scissor exists with other lampshades.

The most well known lamp and the biggest success for the company is a desk lamp with a digital clock and alarm from the 70s, the Chronolux, a Knox design. The lamp was produced in many variations and for a long time.