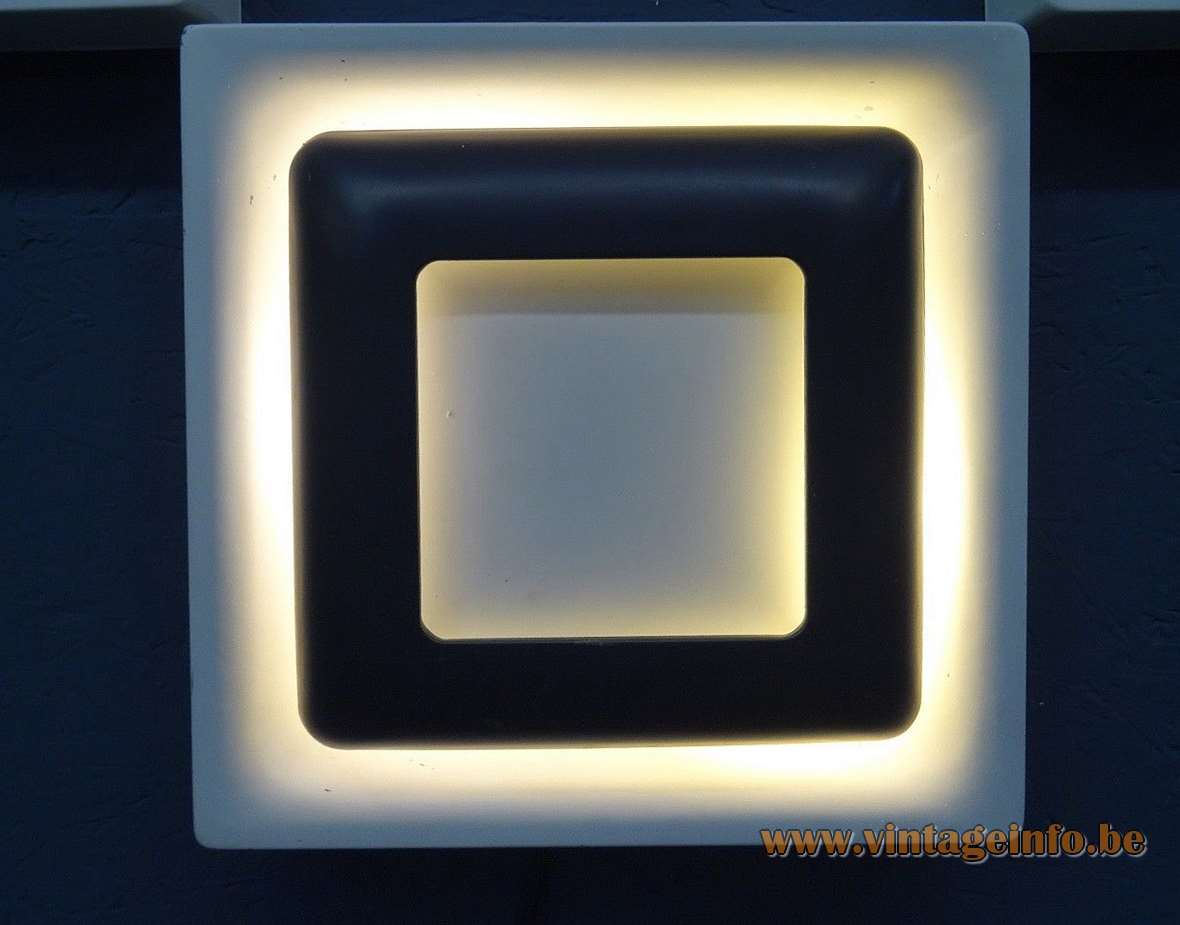 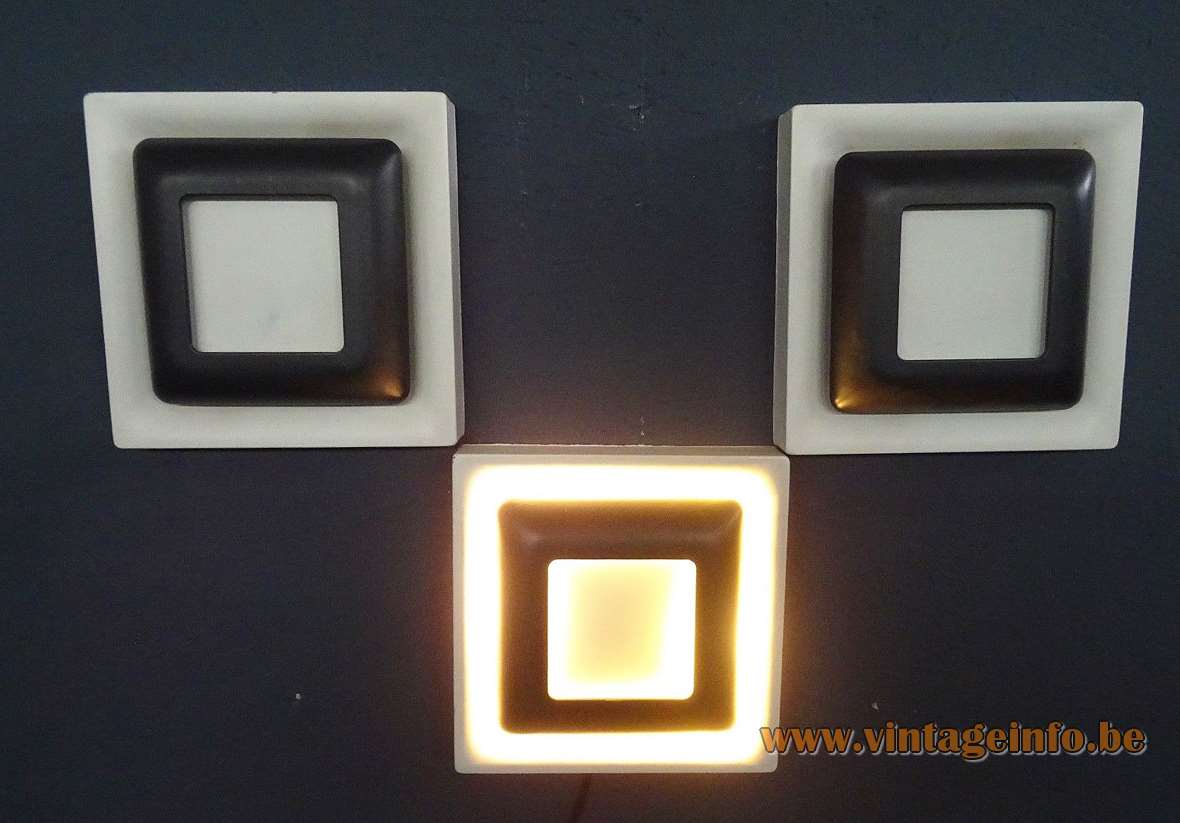 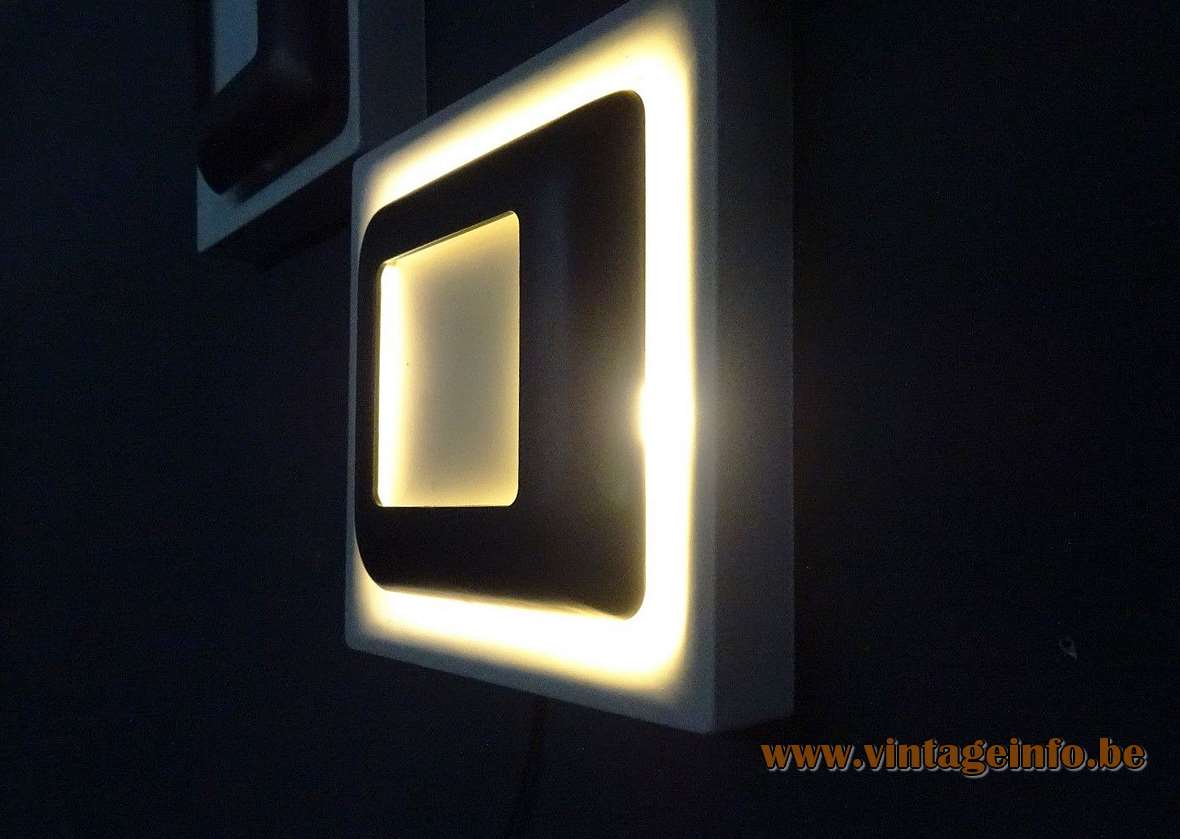 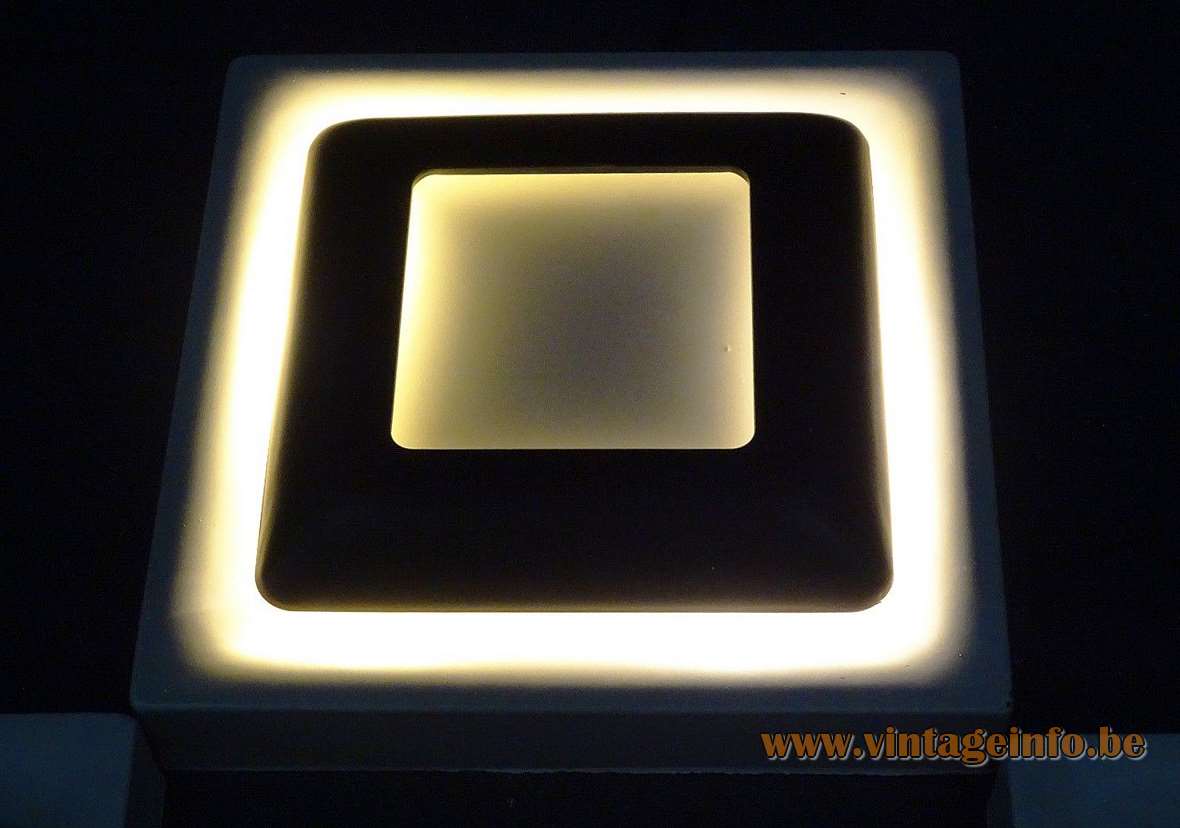 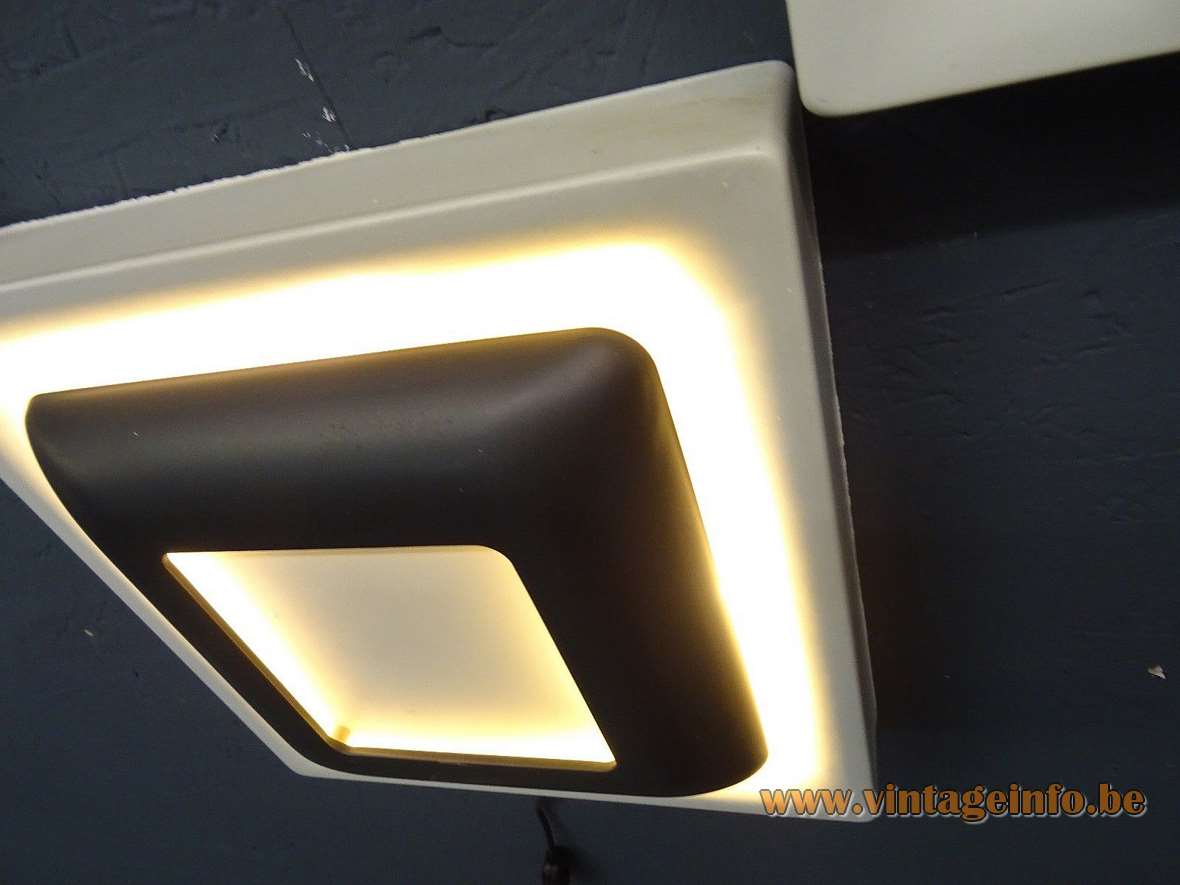 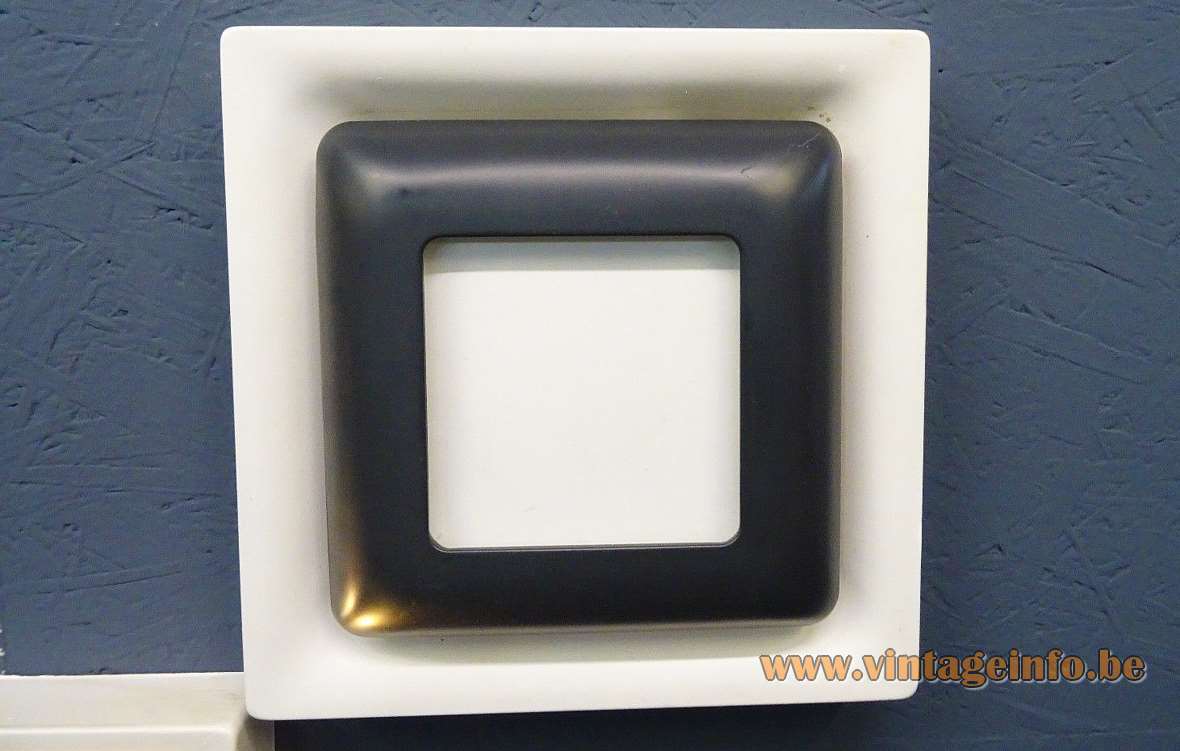 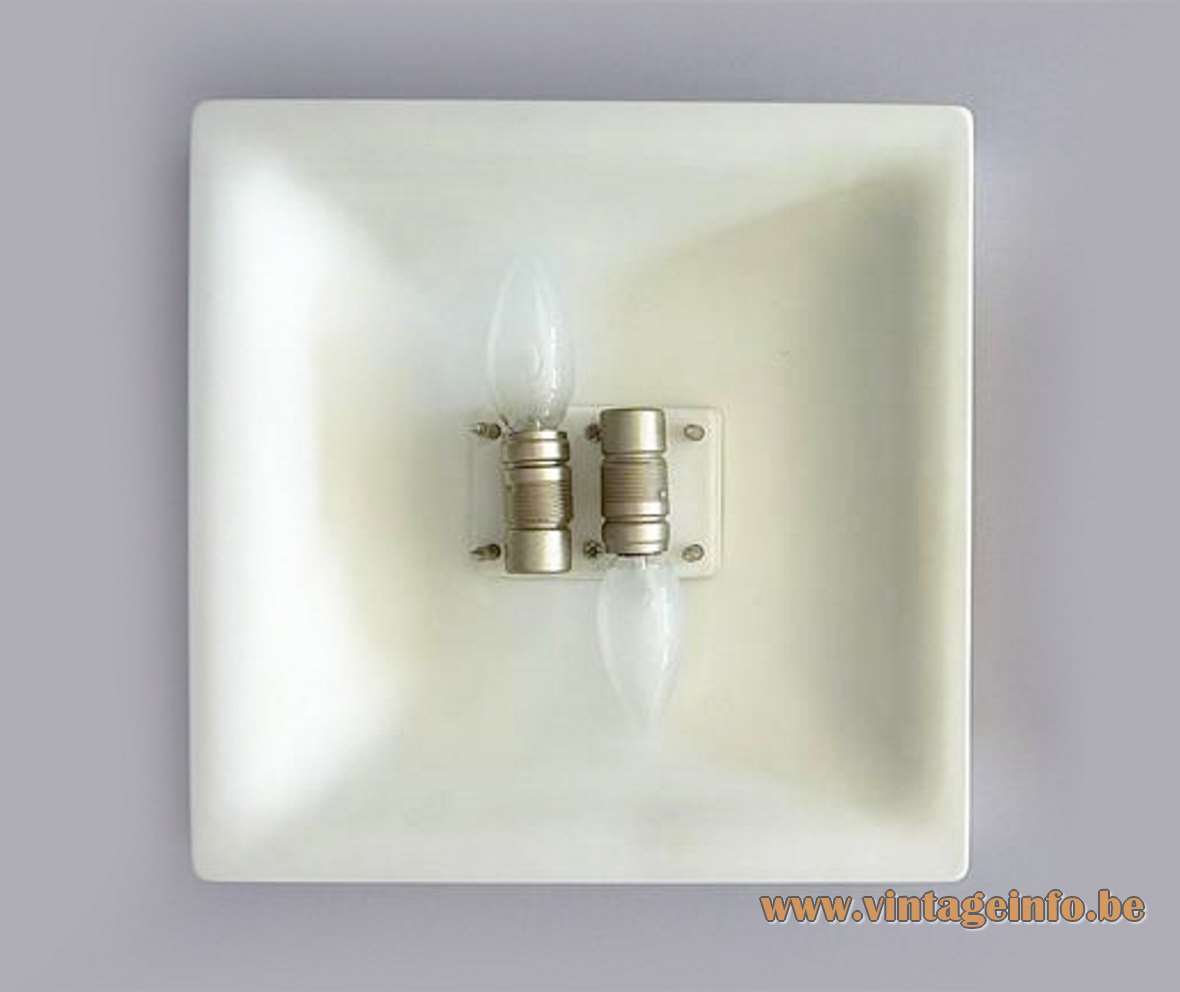 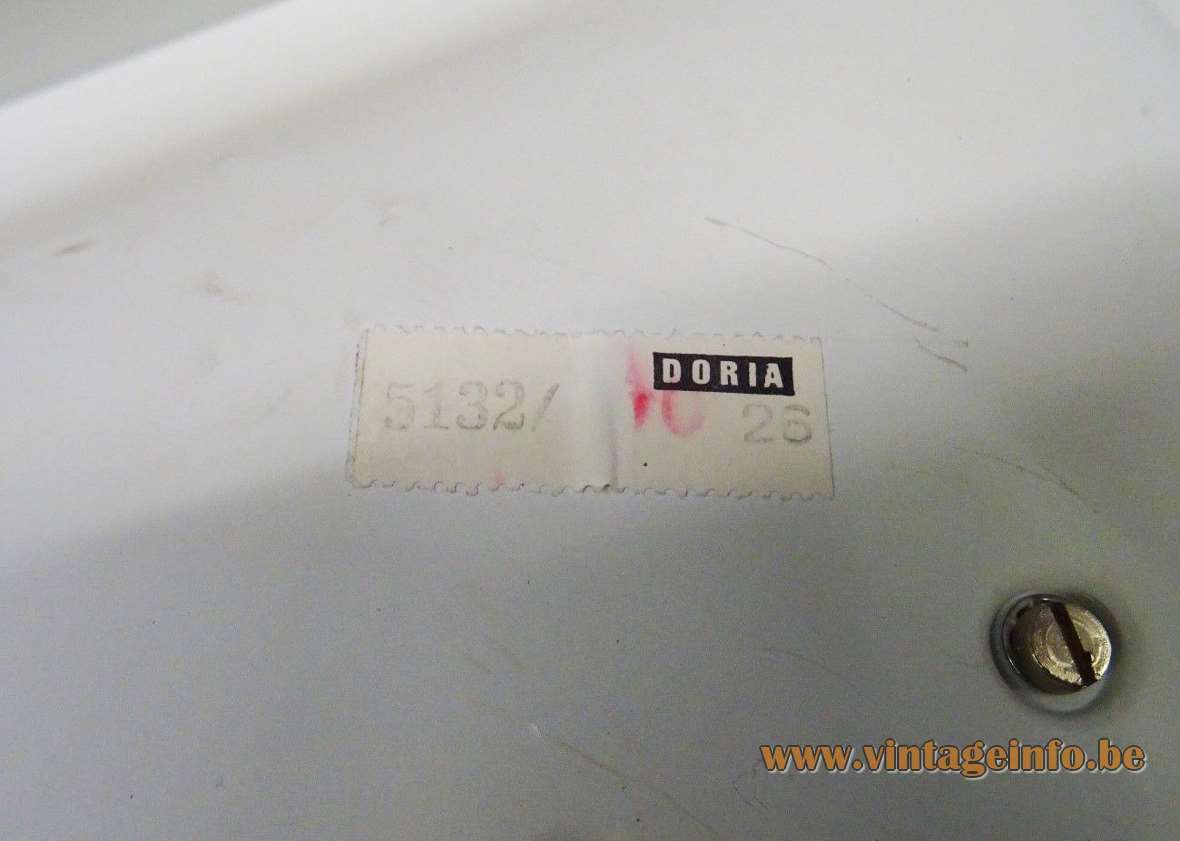 Other versions: This 1970s DORIA square metal wall lamp exists in several variations, all the same size. Complete white: model 5128. White and chrome: model 5200. This wall lamp with black and white is model 5132. Later versions have silver painted Bakelite sockets. Other colours were also made.