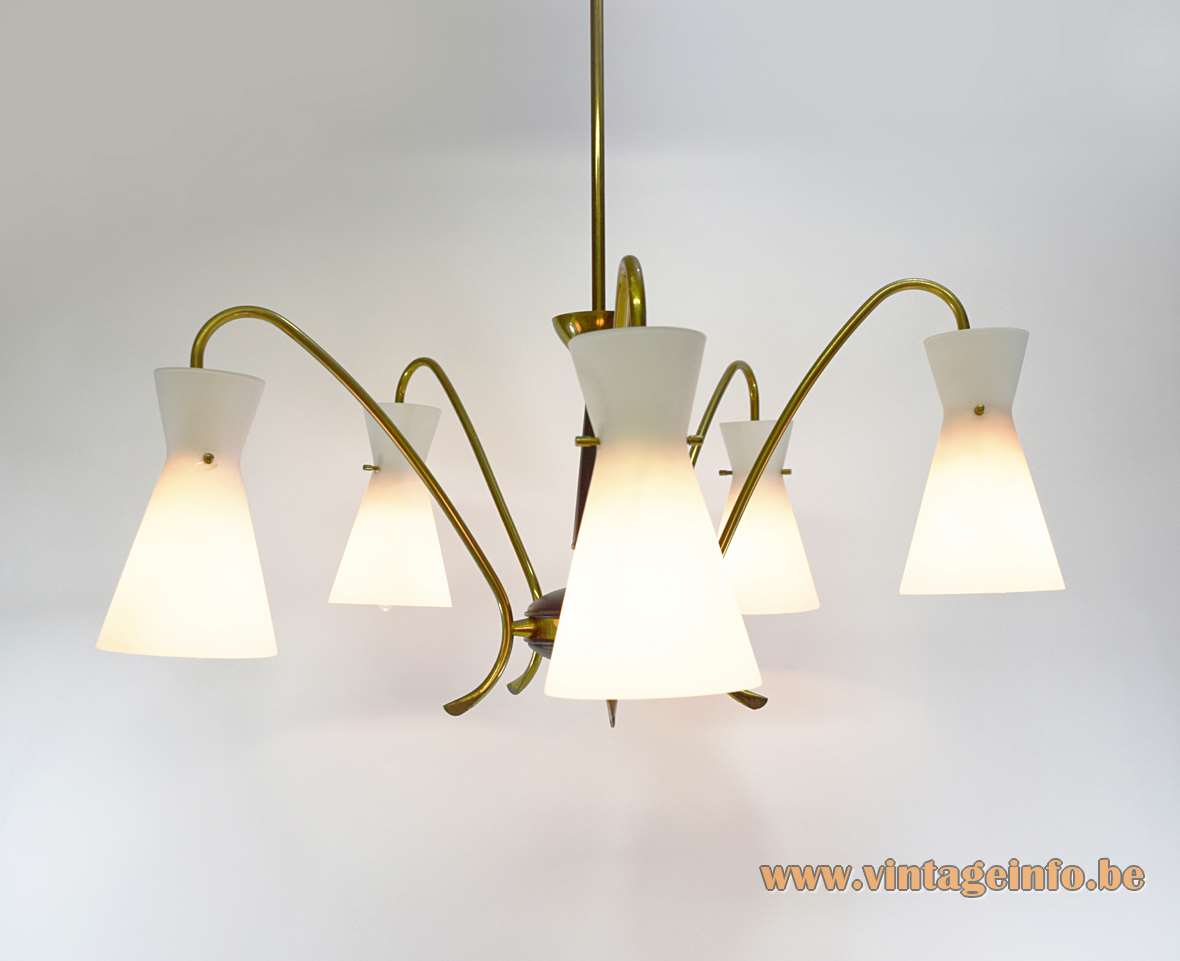 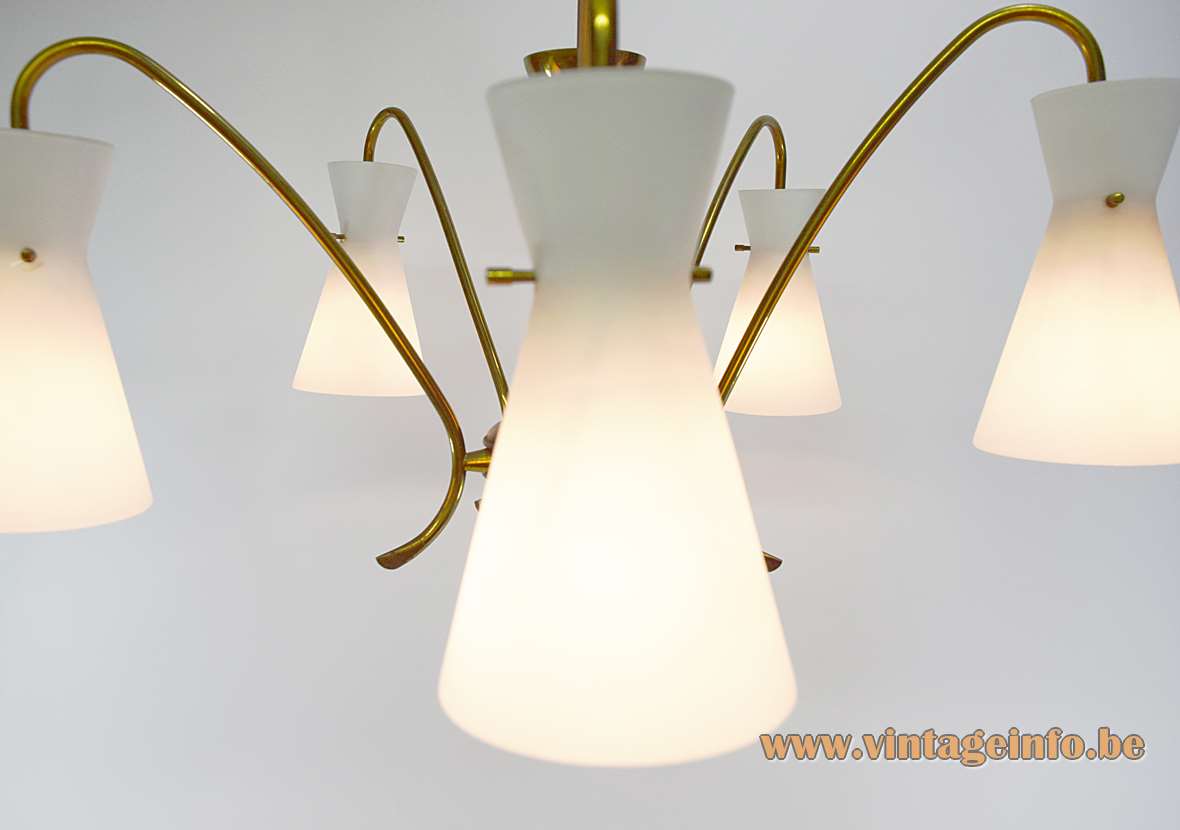 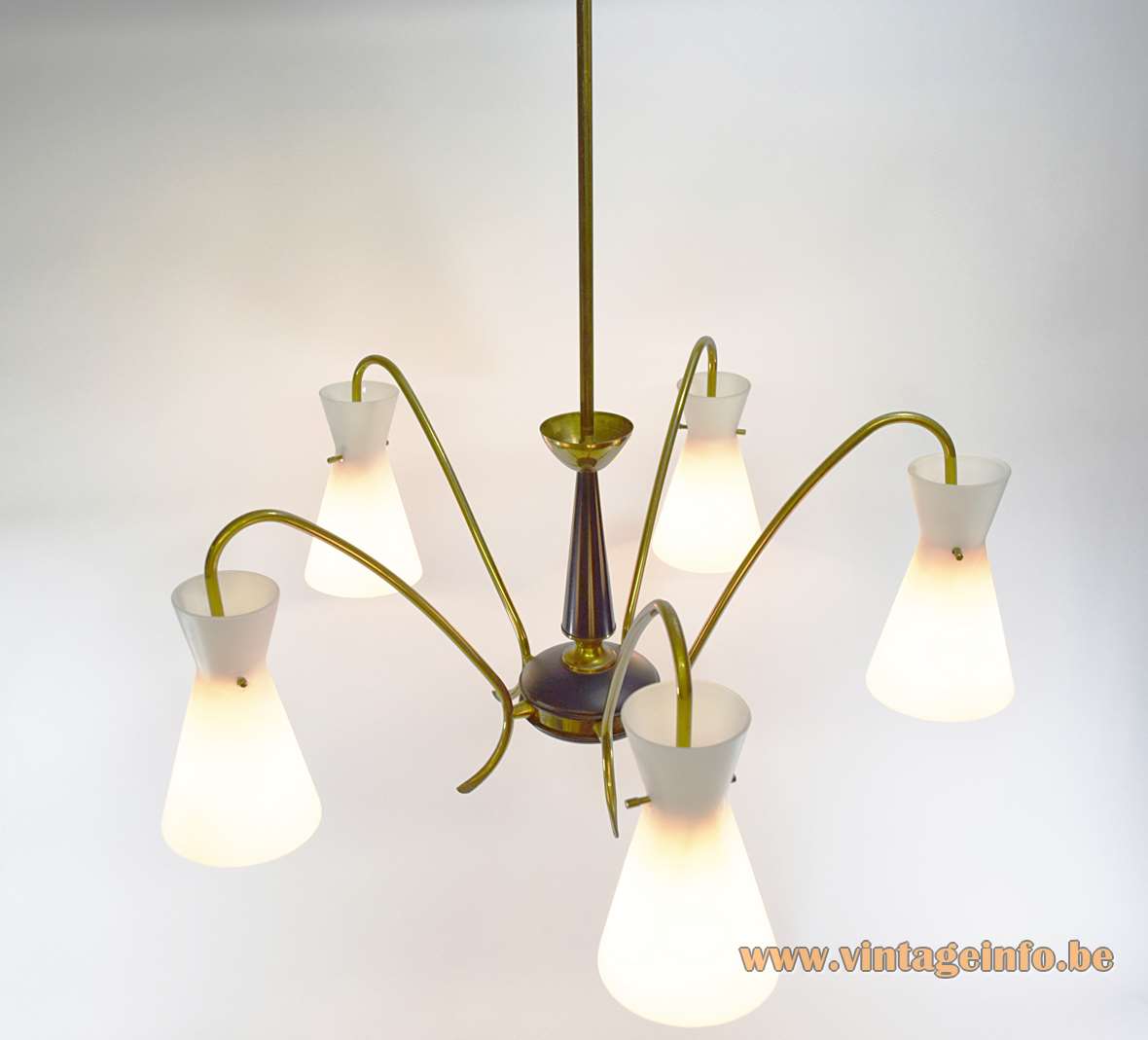 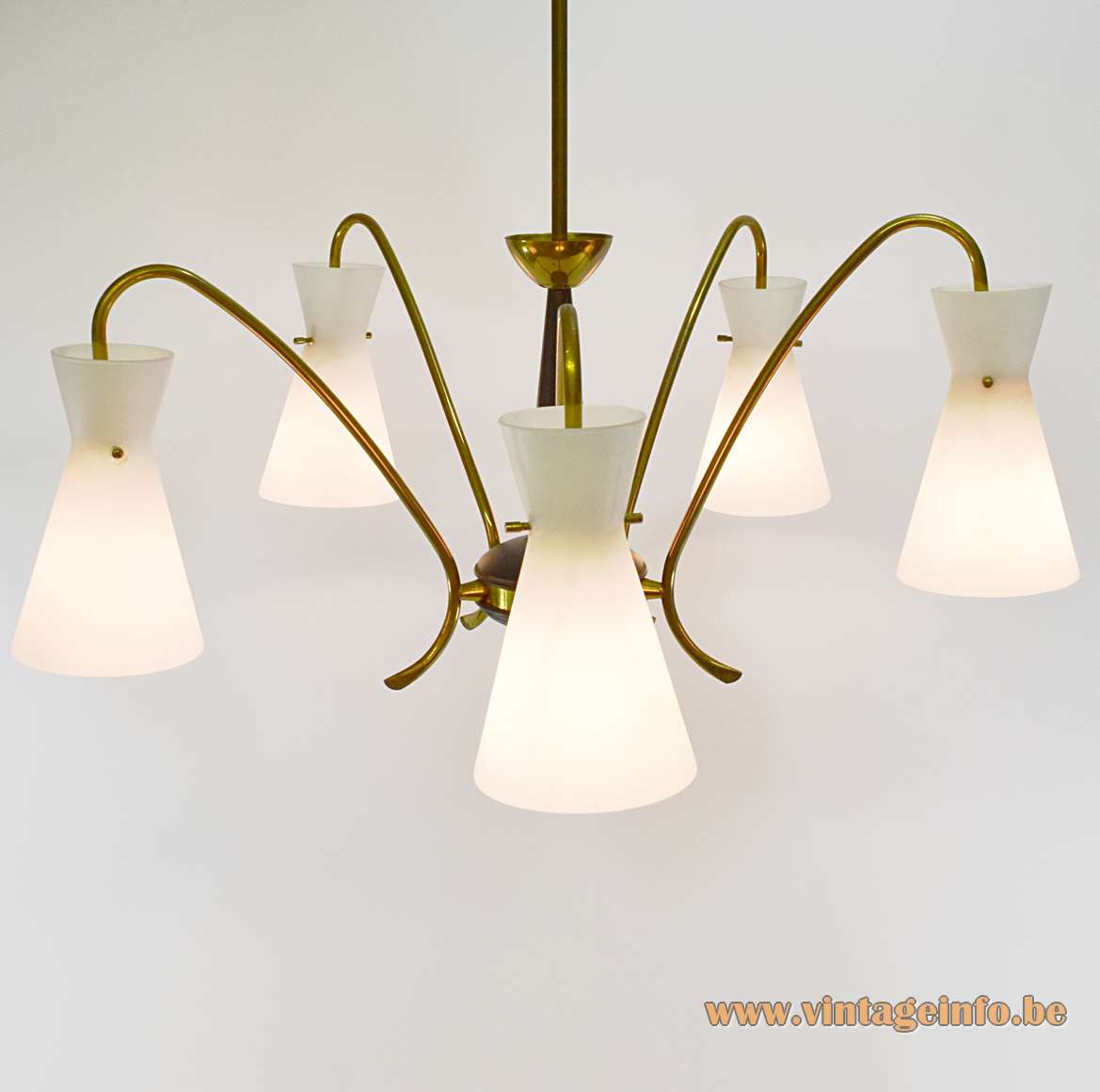 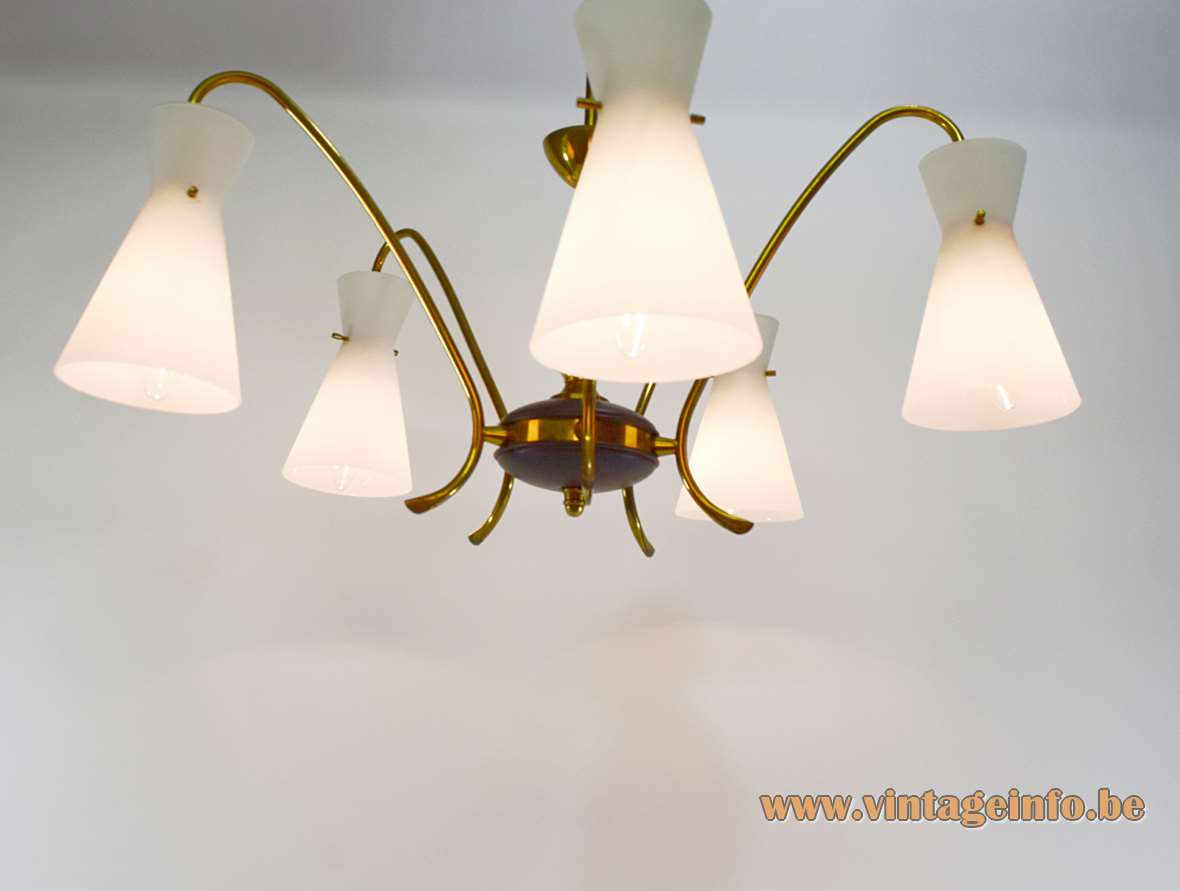 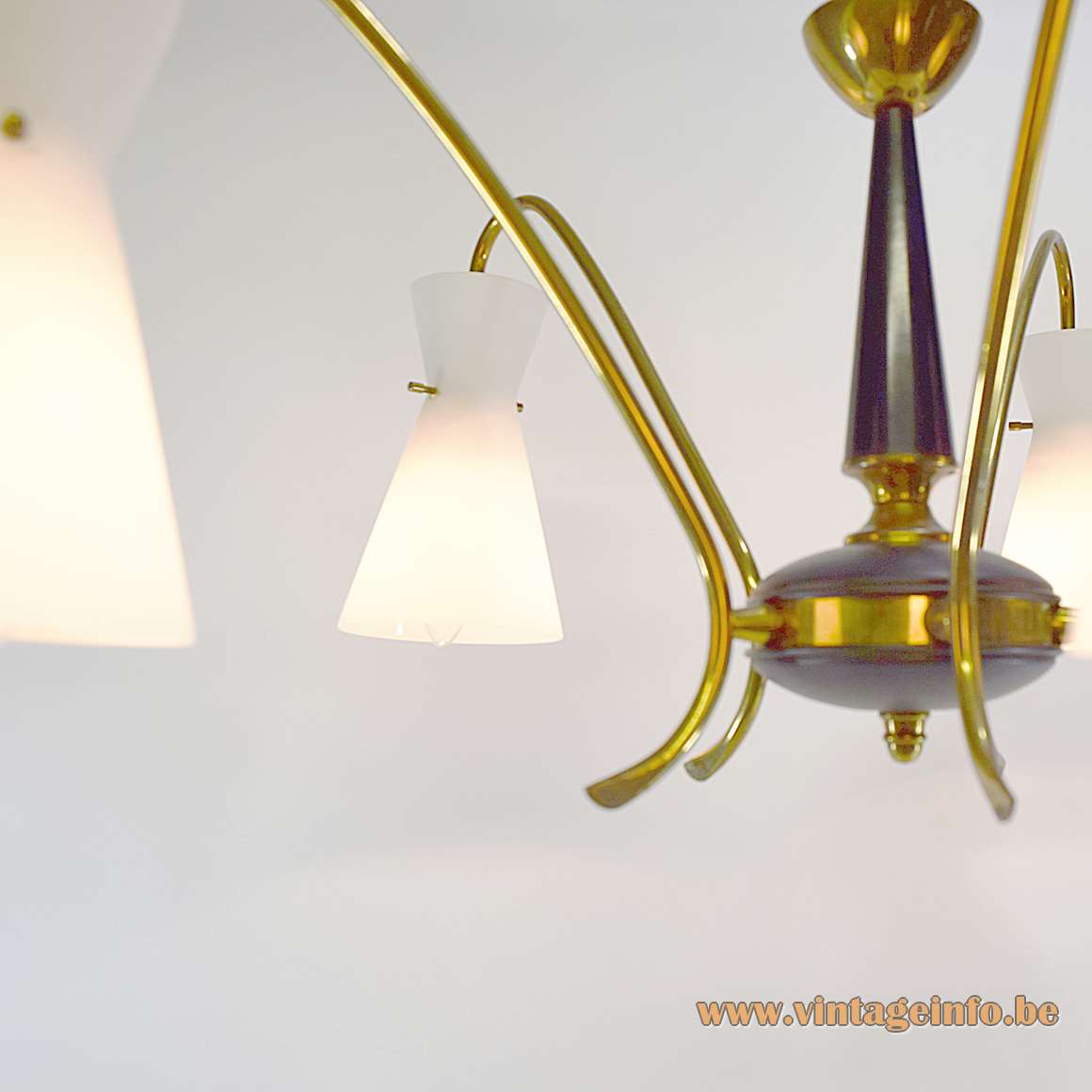 Chandelier in the same style

Other versions: This diabolo opal glass chandelier exists in several versions. You can find another one over here. In all probability also wall lamps exists.

The diabolo opal glass lampshades are hand blown, none of these glasses are the same. They were in all probability made by the glass furnace company De Rupel from Boom.

The electric parts were made by the VLM Components company from Buccinasco, near Milan in Italy. They were made in the 1950s, early 1960s.

Diabolo is the name given to the shape of the lampshade. The diabolo lampshades were very popular in the 50s. You can find several examples on Vintageinfo.

The diabolo, some yo-yo, has it’s origin in China. It’s a double-coned bobbin that can be twirled, tossed, and caught on a string secured by two sticks, one held in each hand. The first diabolos were made of bamboo and they made some whistling sound. 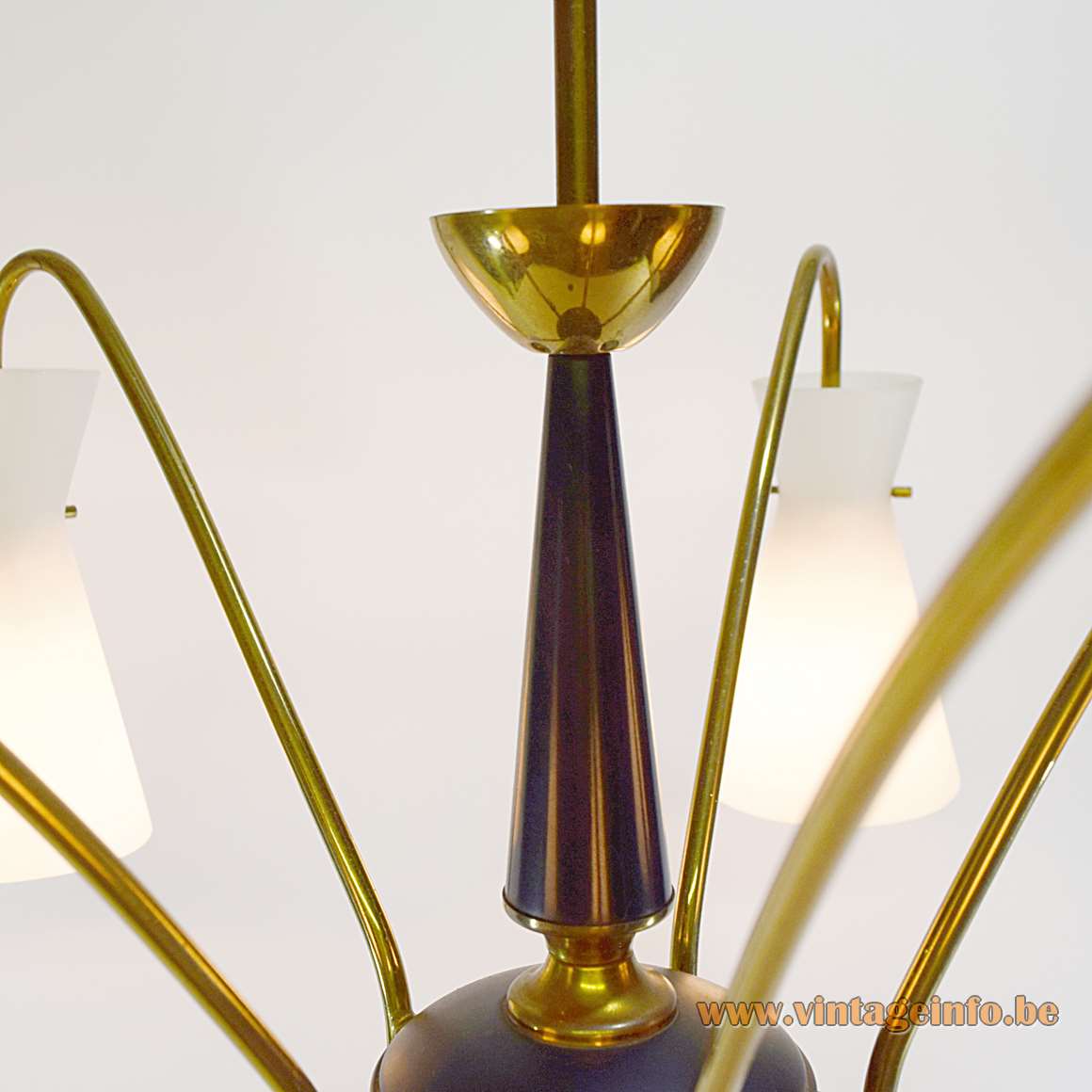 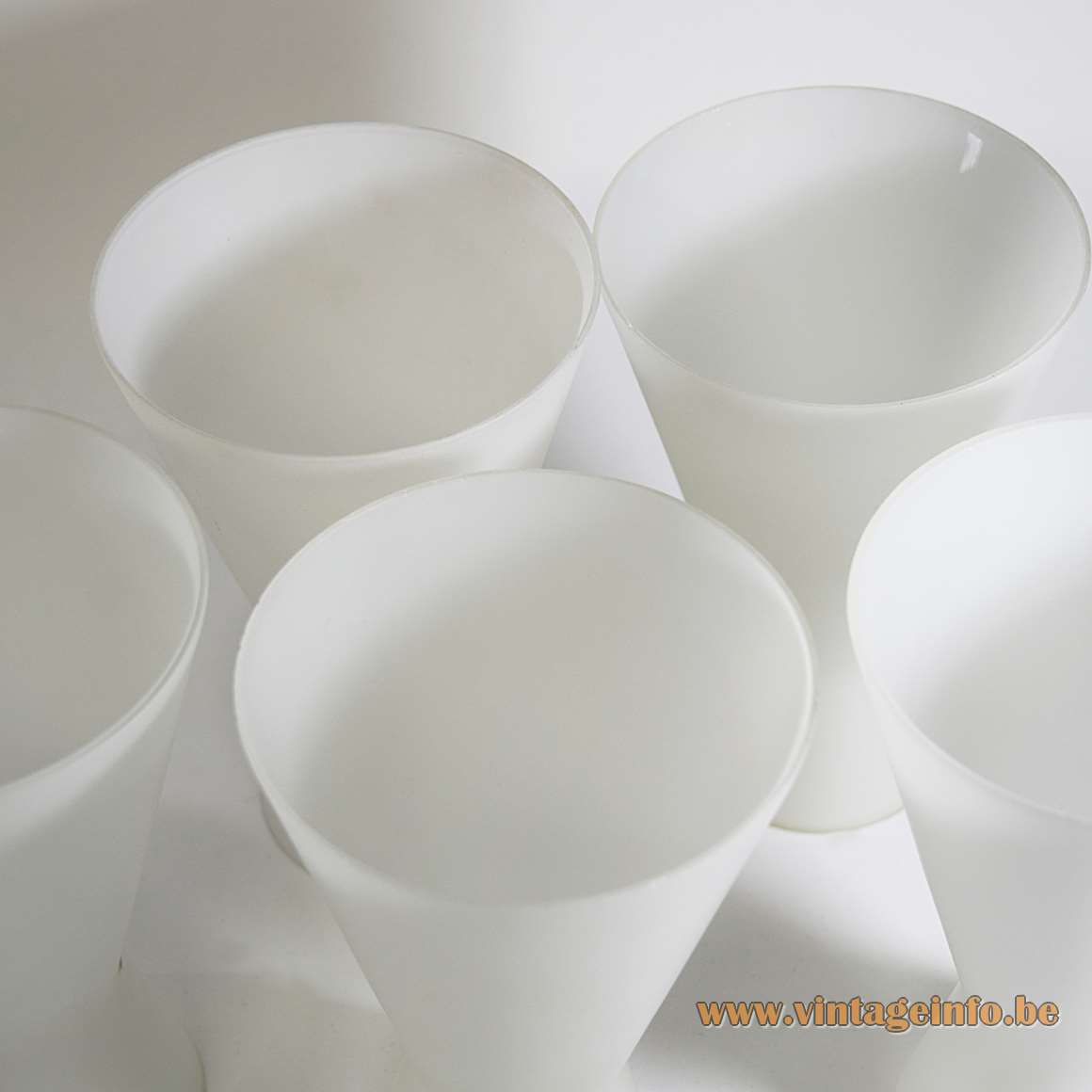 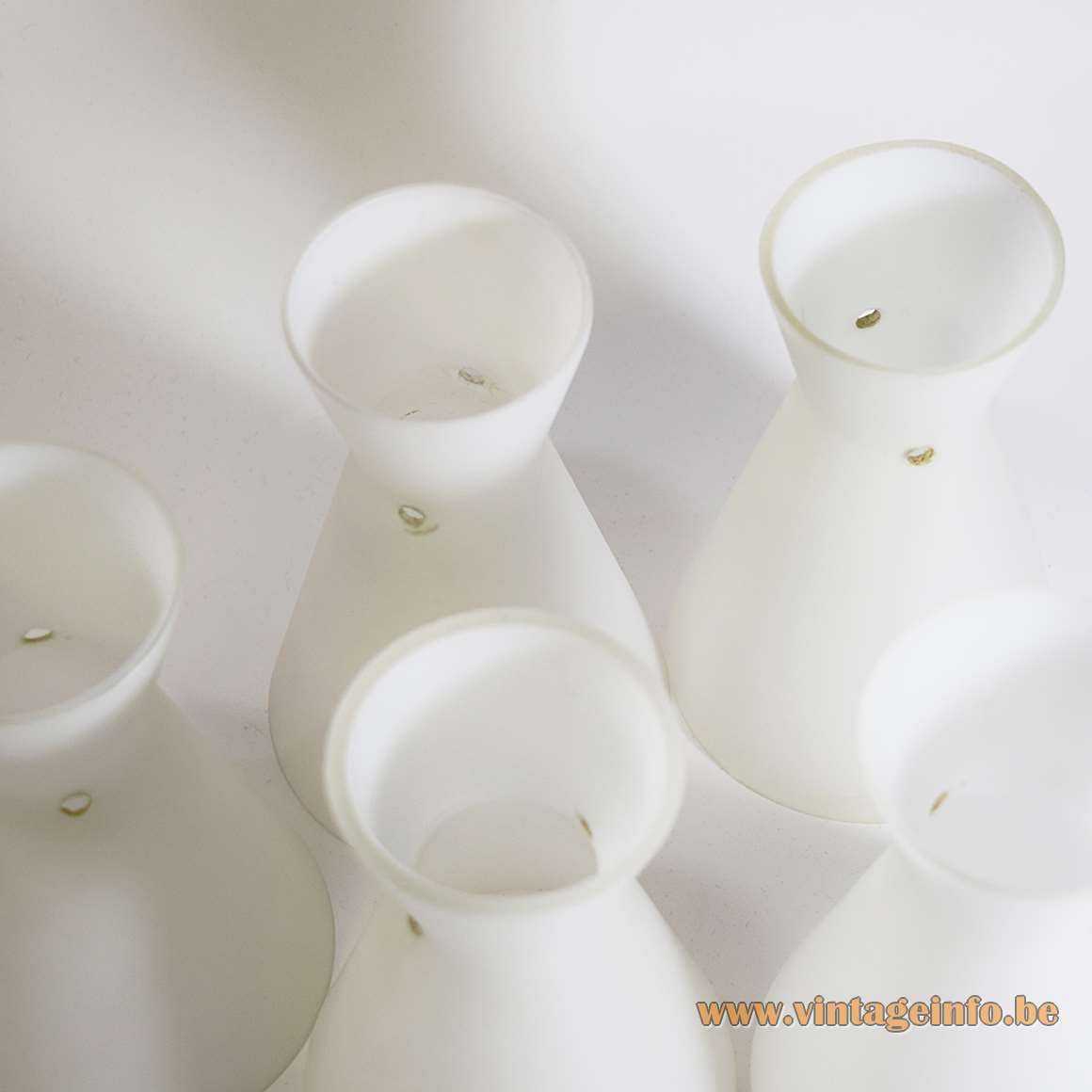