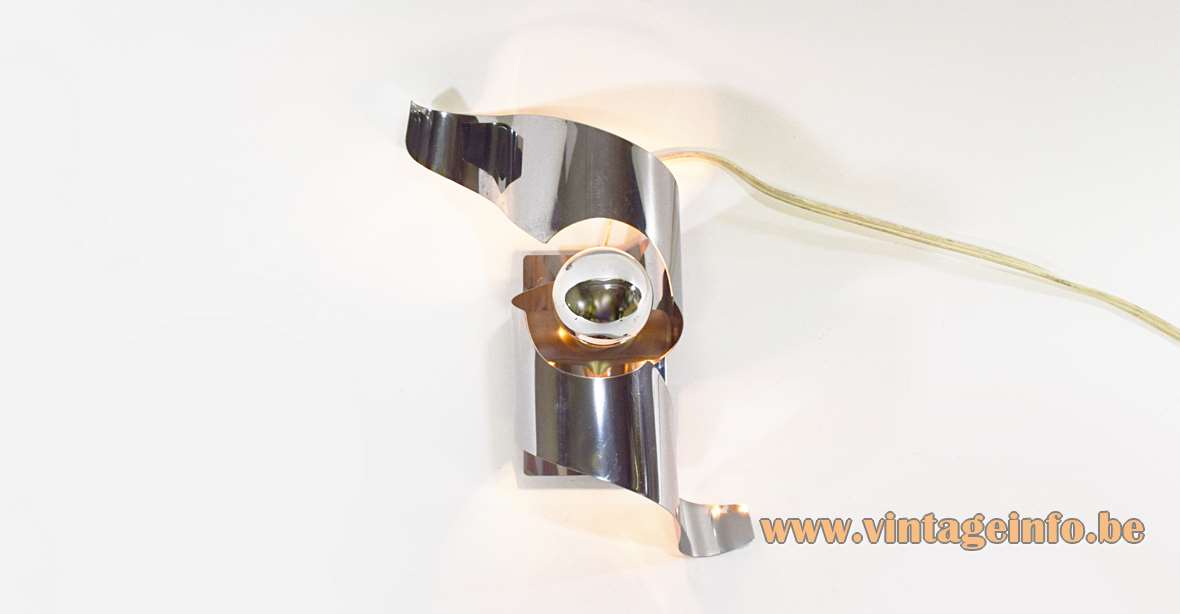 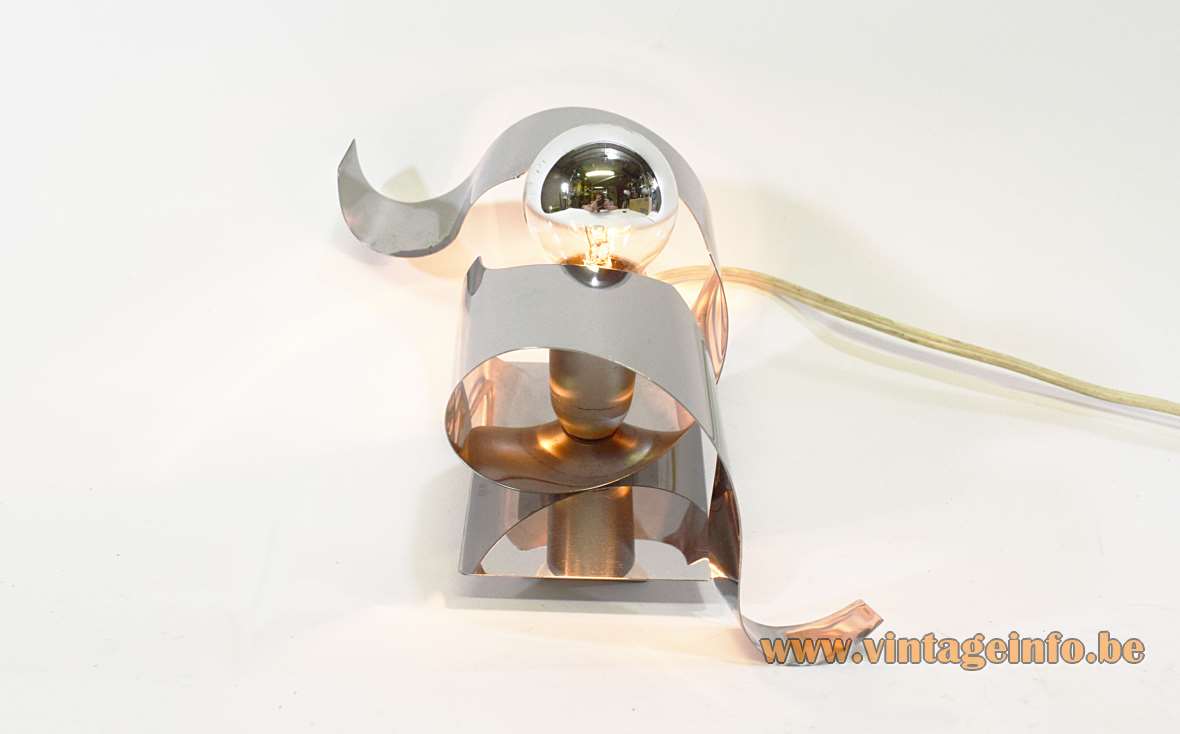 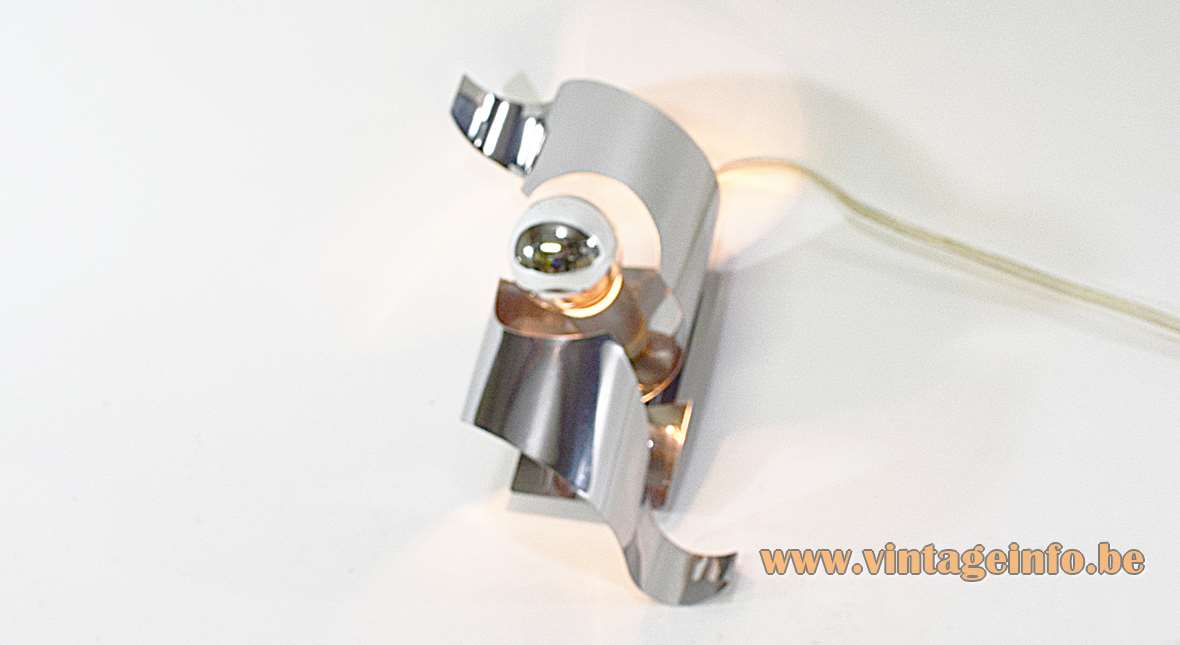 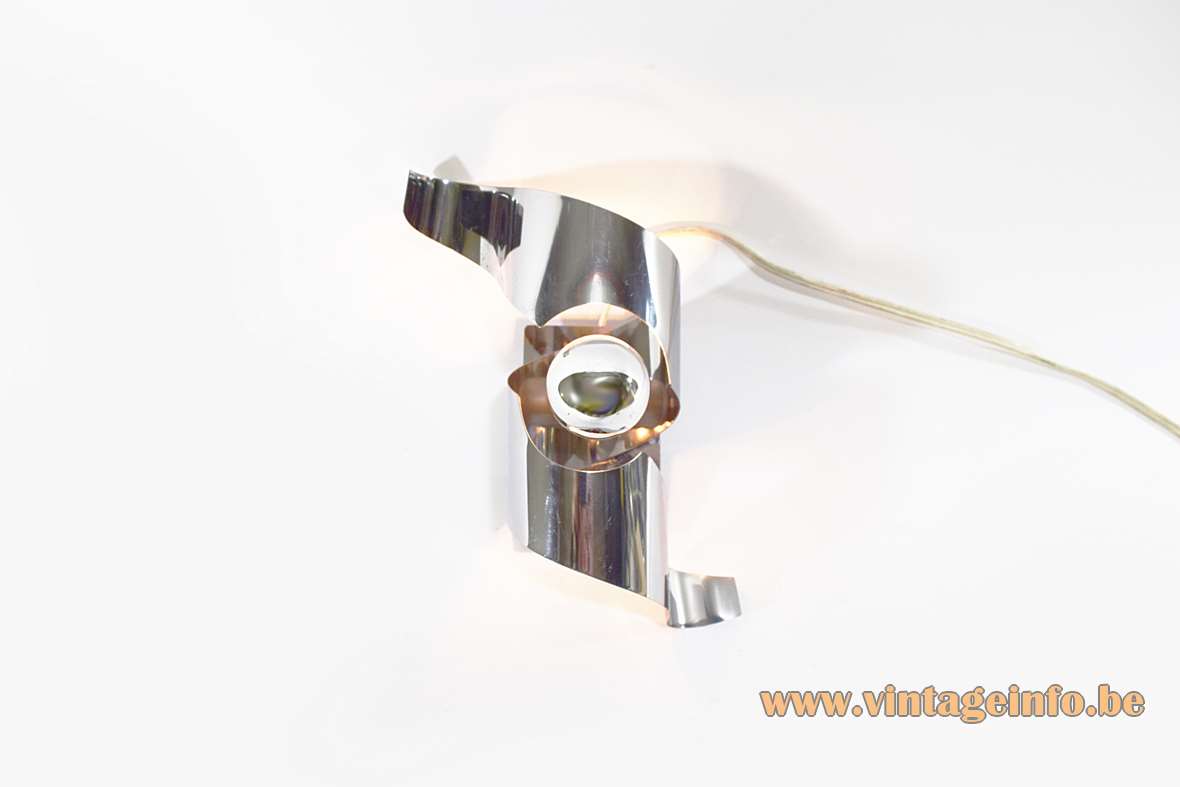 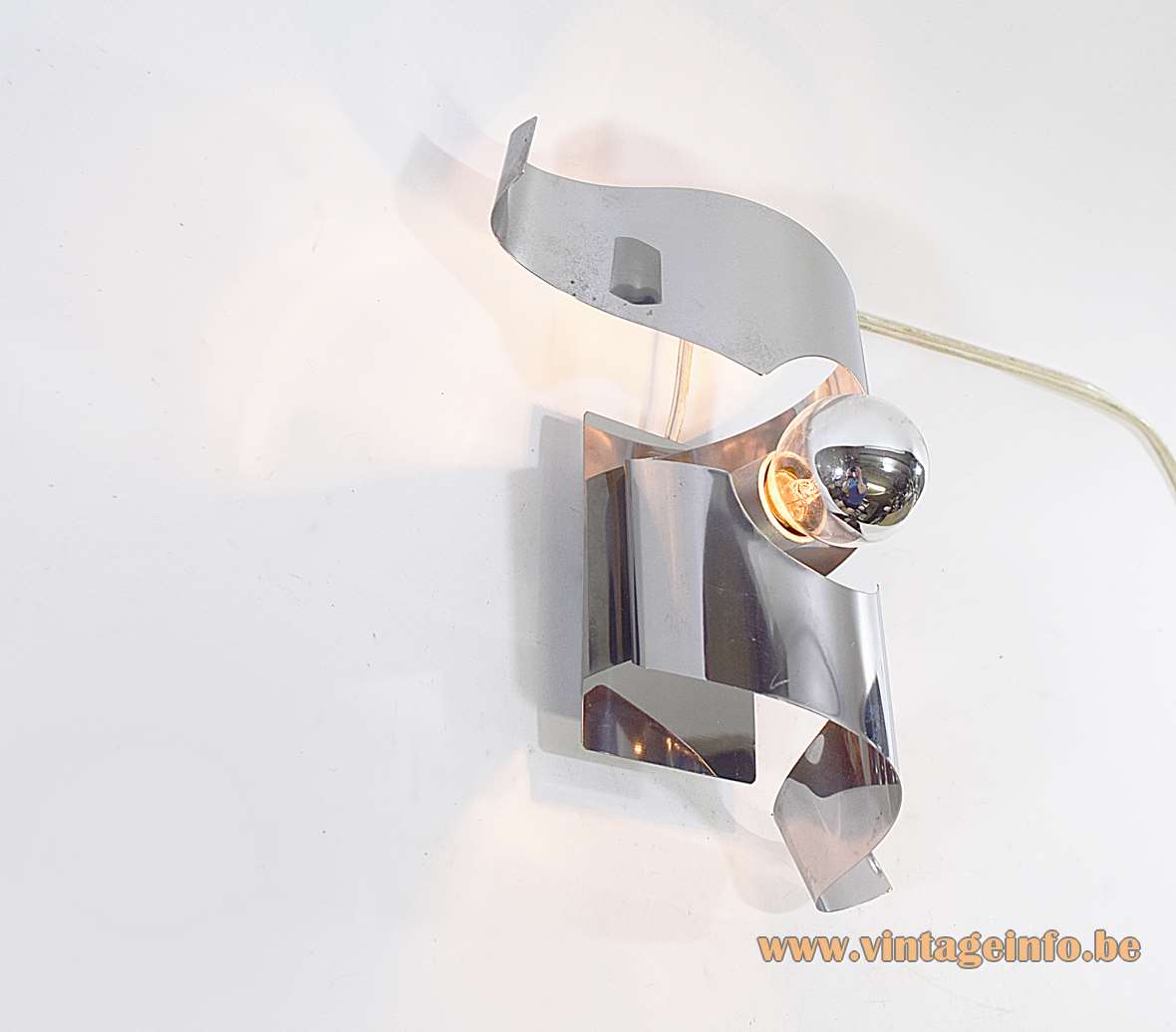 
Other versions: This Polam stainless steel wall lamp exists in several variations. Table lamps, pendant lamps and chandeliers  were also made. Several of these lamps appear together as you can see below in the catalogue picture. They exists in many colours.

From 1976 until 1992 the company was named ZSO Polam Gdańsk, before joining the Remontowa group. ZSO Polam produced mainly for the Russian (USSR) market. In 1989 the Polam group was dissolved, and all the member companies began production under their own brands.

In 2014 the company name changed to Remontowa Lighting Technologies SA.

These wall lamps are almost always sold as a “Wokkel” lamp from the famous Dutch company Raak Lichtarchitectuur from Amsterdam, but they are not.

Raak never produced or sold these wall lamps. They are not displayed in any catalogue and they never have a Raak label. Not even lamps with similarities were made by the company. Other lamps in this style are also always sold as Raak, but they are not.

You could say that this wall lamp has some similarities with the Raak Fuga designed by Maija Liisa Komulainen. Many lamps in this style were made in the 60s and 70s by several companies.

Max Sauze, the famous French designer, created many lamps in this style, but they are all made in aluminium. In Italy it was Reggiani who produced similar lamps but they are often sold as Sciolari. Most of the time they were made by Tappital S.N.C.

Also Simon Henningsen (the son of the legendary Danish lighting designer Poul Henningsen) designed similar lamps and so did many artists.

The Wokkel (Archimedes screw) is a spiral potato chip made from a paste of mainly potato starch and potato powder from Smiths, founded in 1958 in The Netherlands. Today sold under the name of Lay’s (Pepsico) and in the Netherlands and Belgium very popular.

Probably because of the similarities with this delicacy a Dutch dealer with a big imagination gave these lamps the name Raak Wokkel some years ago. 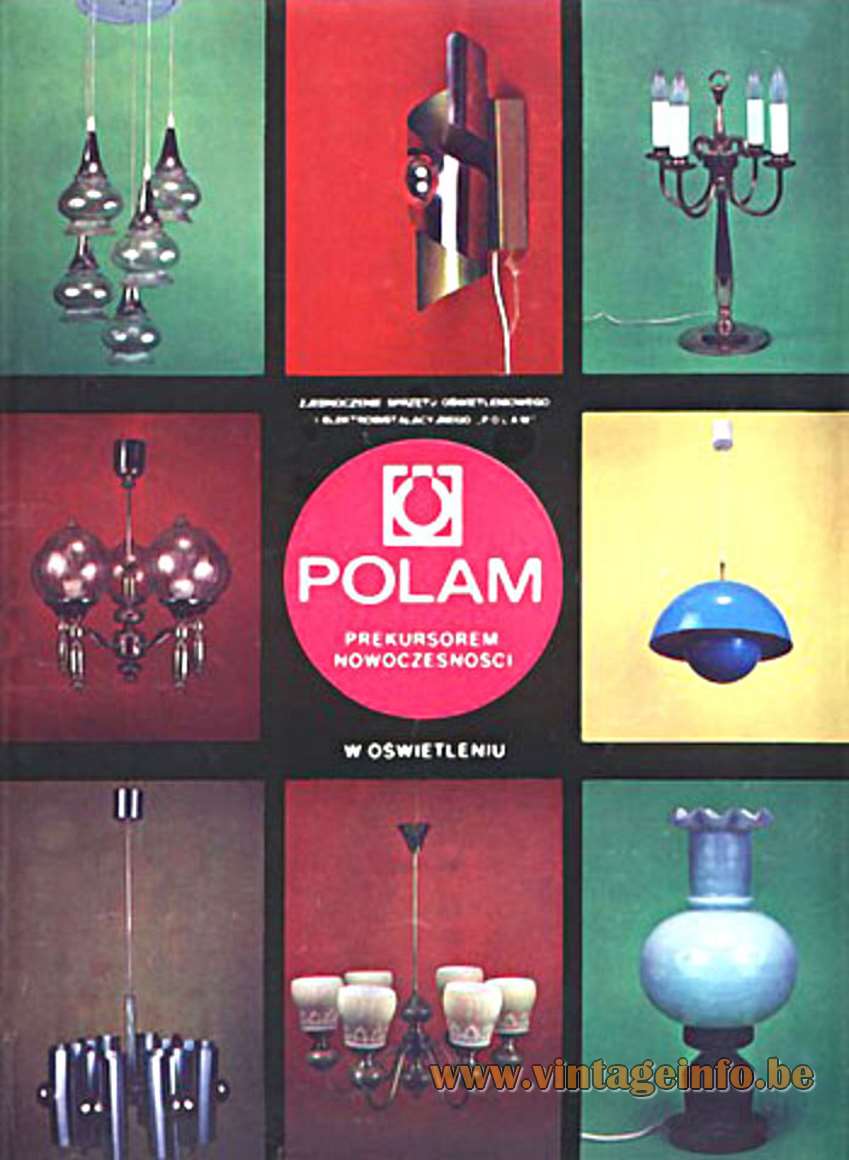