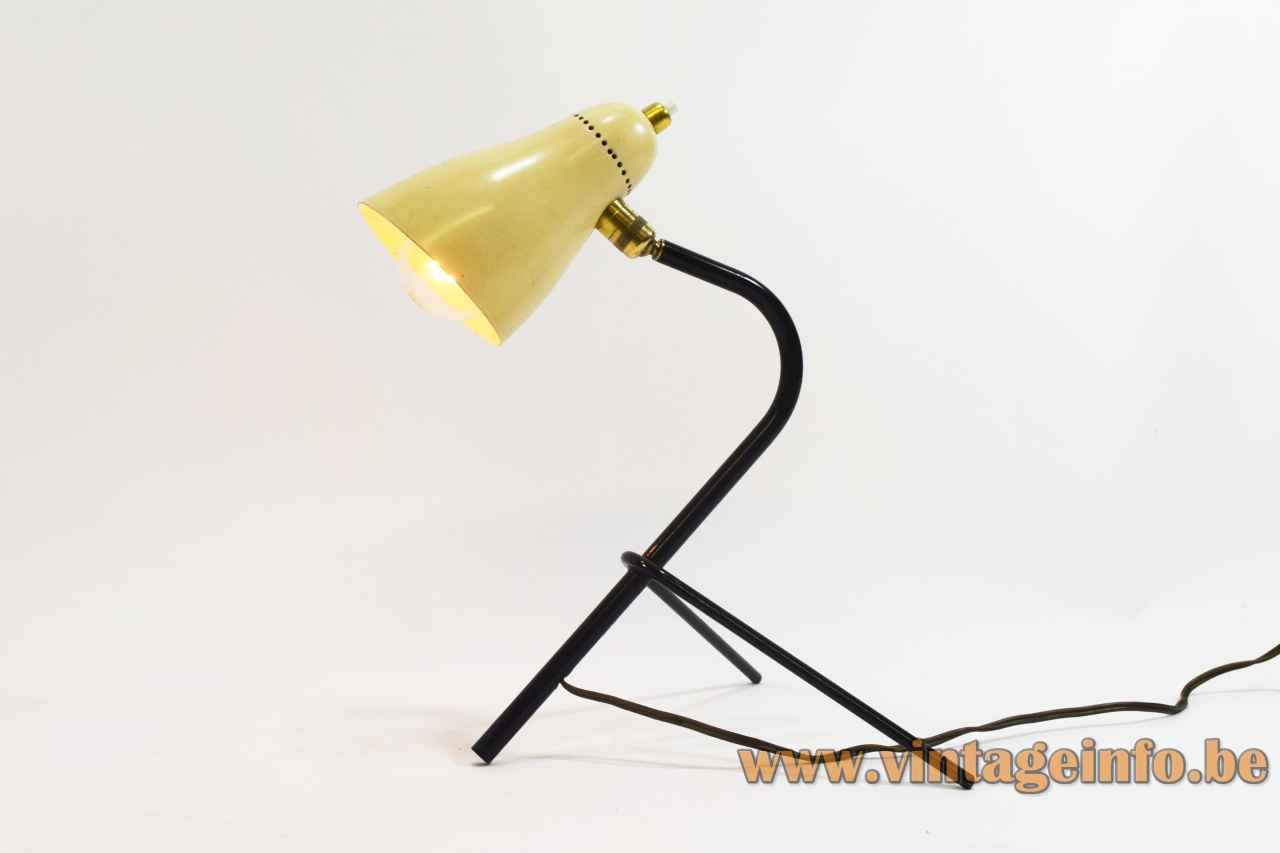 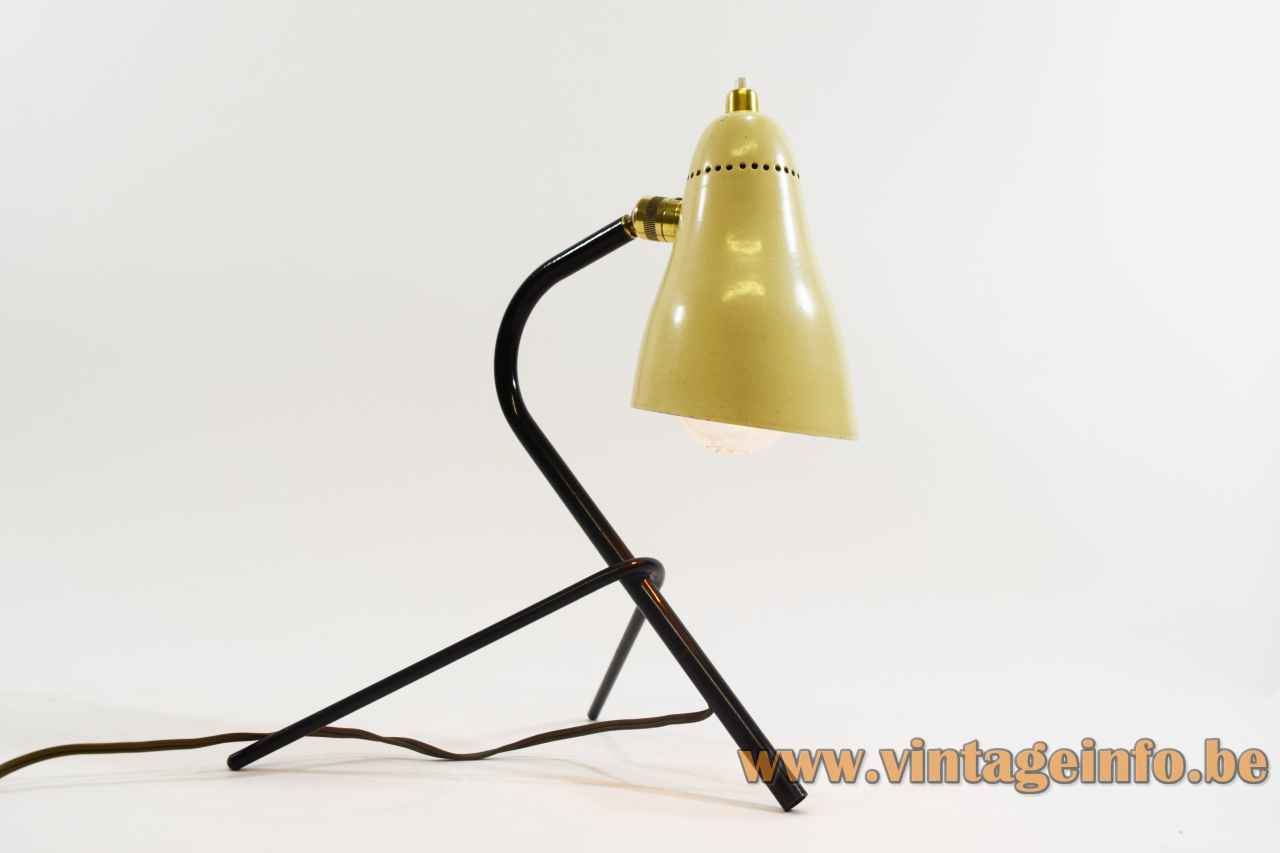 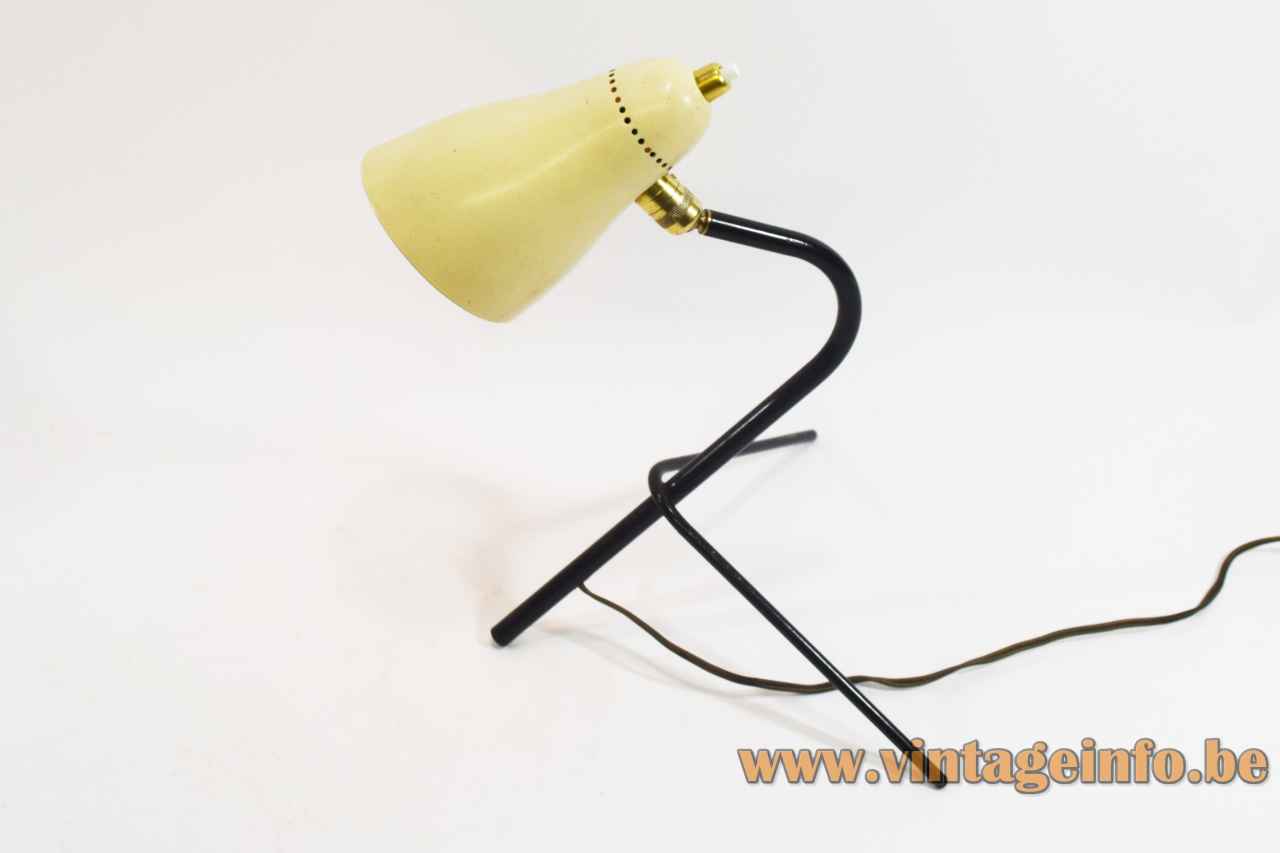 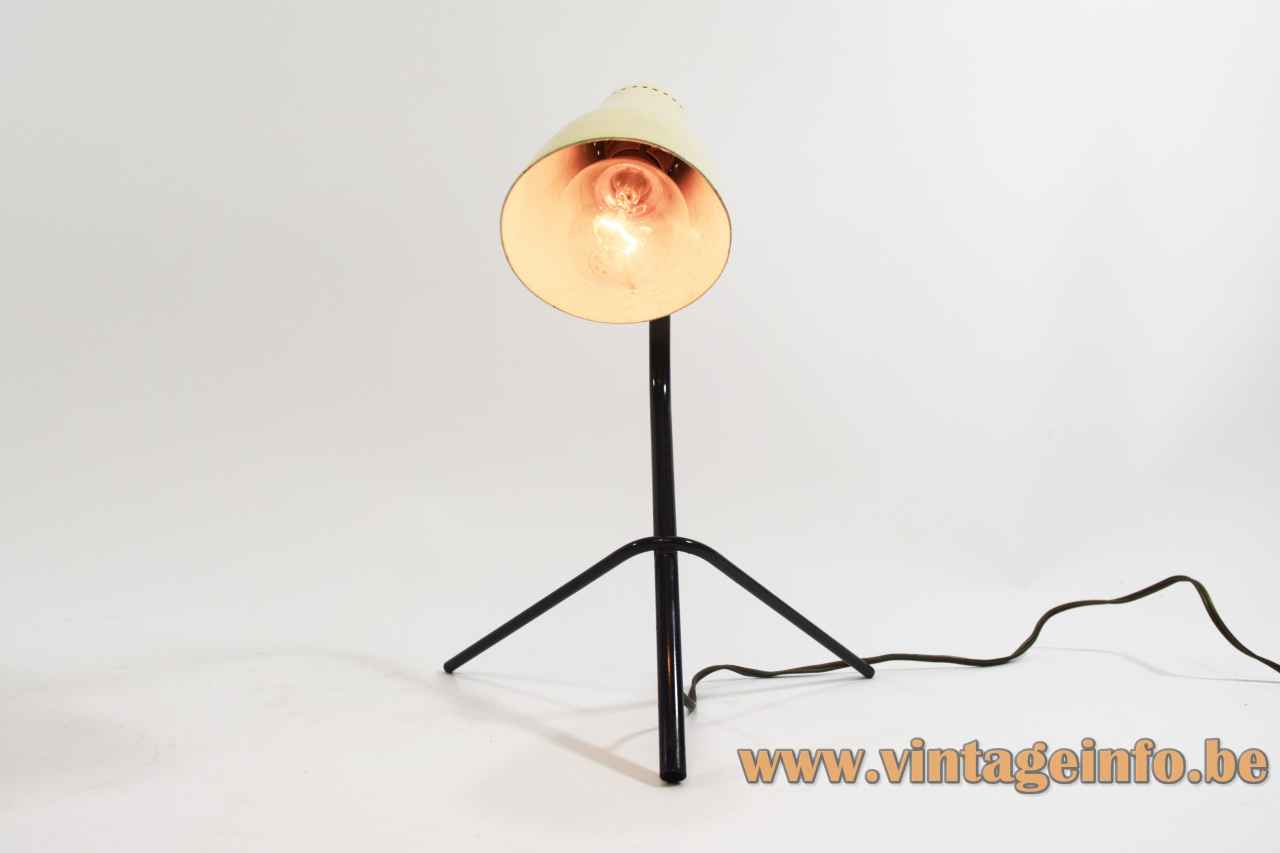 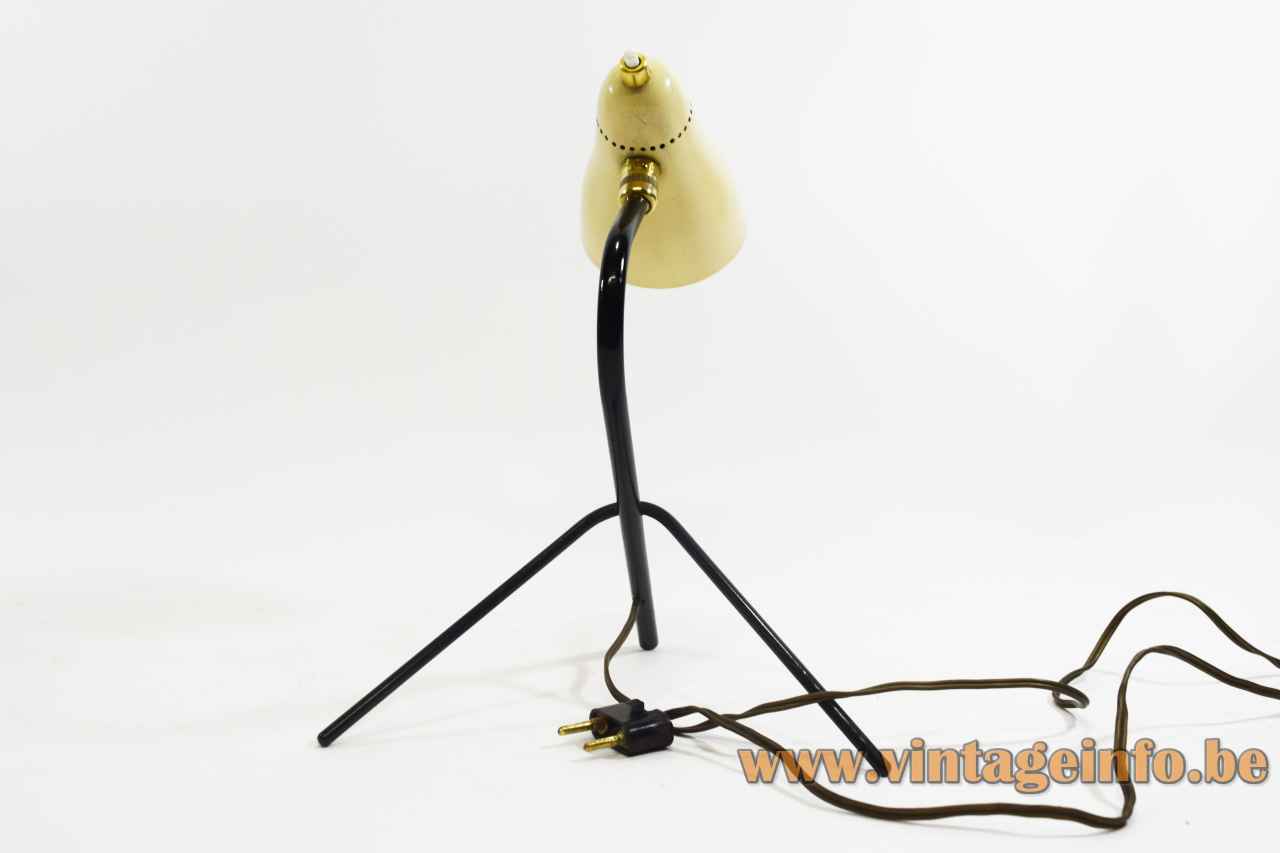 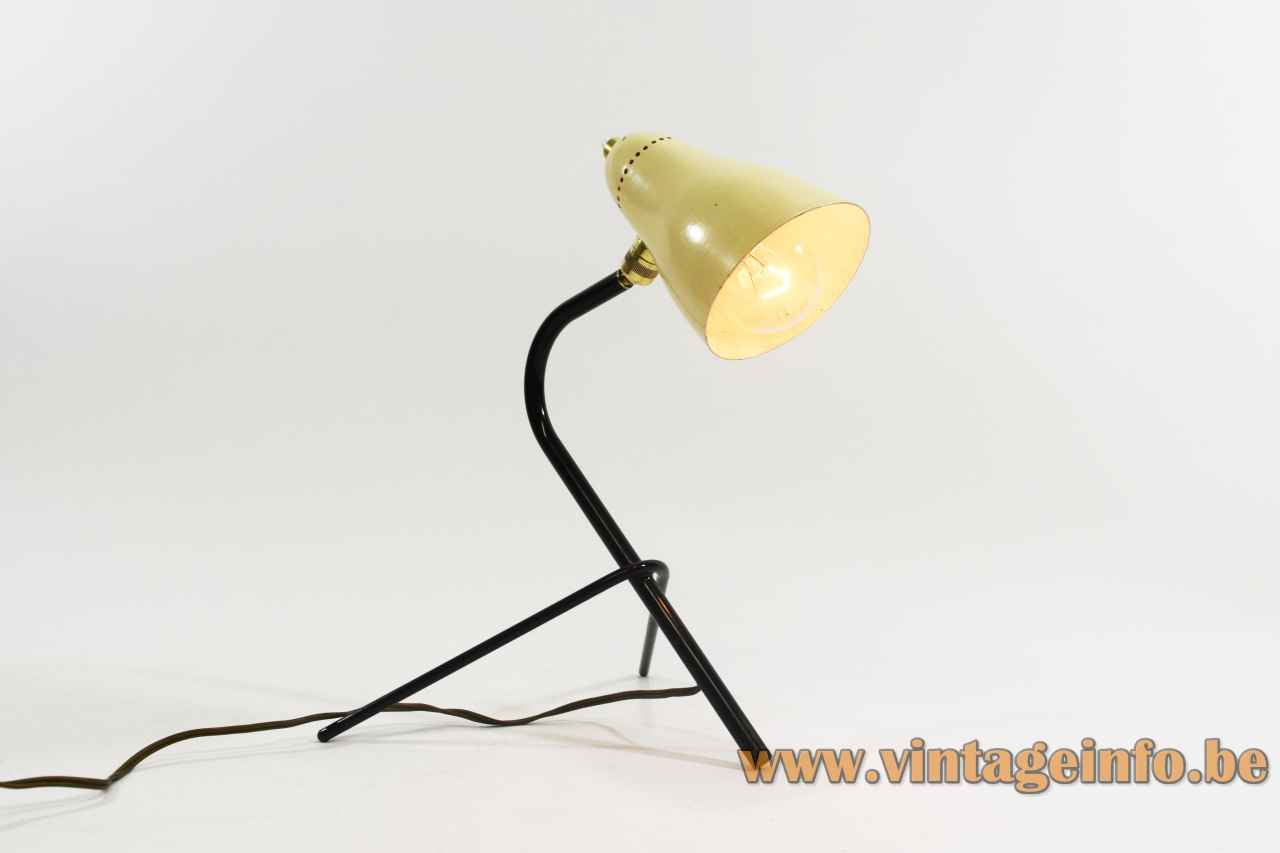 Other versions: This Oluce 1950s tripod desk lamp exists in several colours. Several lamps with the same lampshade were made. Made with an E14 and a B22 socket.

Several O-Luce lamps with this lampshade were also sold in France by Dek-A-Lux, DWEK, the company of Albert Dwek. In Switzerland they were sold by Lenzlinger + Schaerer.

Angelo Ostuni, born in Trieste, Italy in 1904 was an Italian designer and the elder brother of Giuseppe. Together, they designed many lamps for O-Luce. The Ostuni family moved to Milan in 1919 where Angelo studied at the Technical Institute and the Feltrinelli Institute of Milan. Over the years he designed the most versatile interior projects, furniture and lighting. Angelo passed away in 1981.

The Oluce or O-Luce company was founded in 1945 by Giuseppe Ostuni (1907-1994), Angelo‘s younger brother (1904-1981). It is the oldest Italian design company in the illumination sector still in operation today. The company received numerous awards over the years.