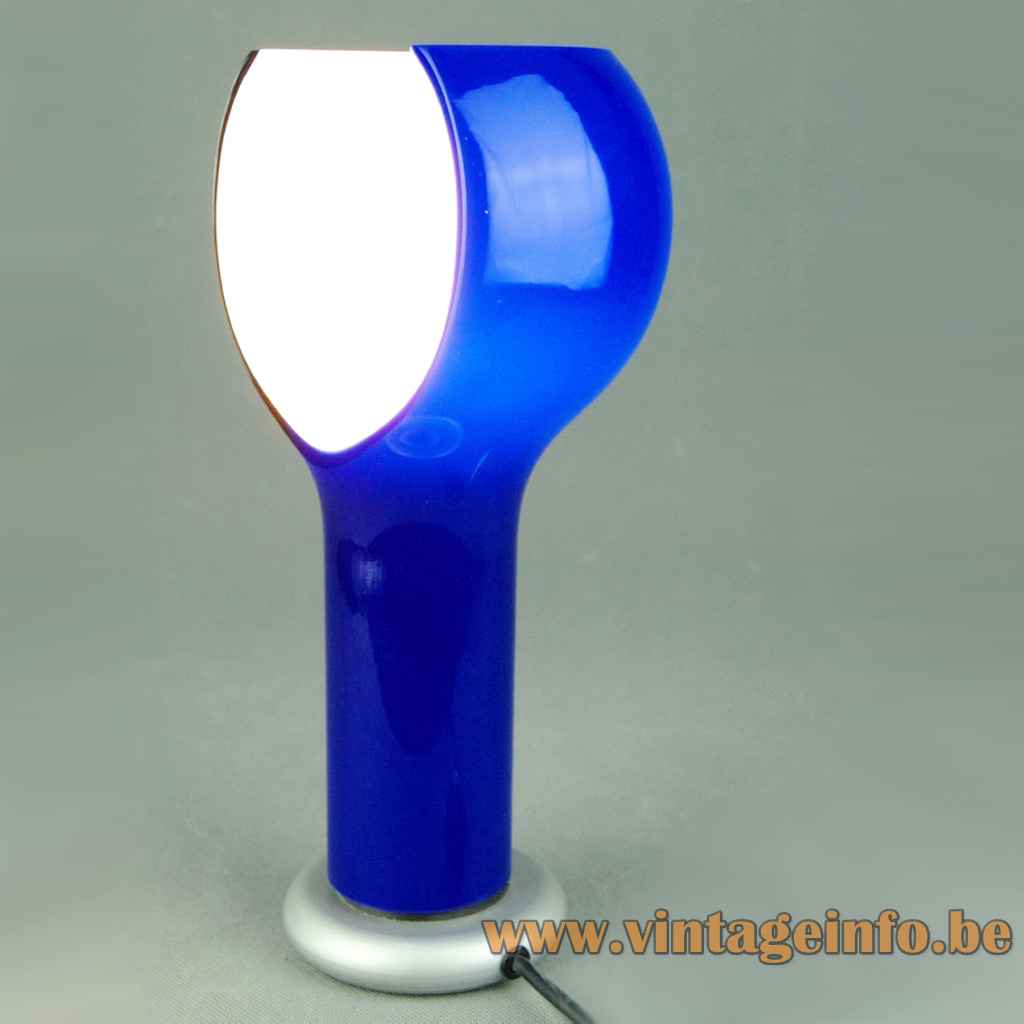 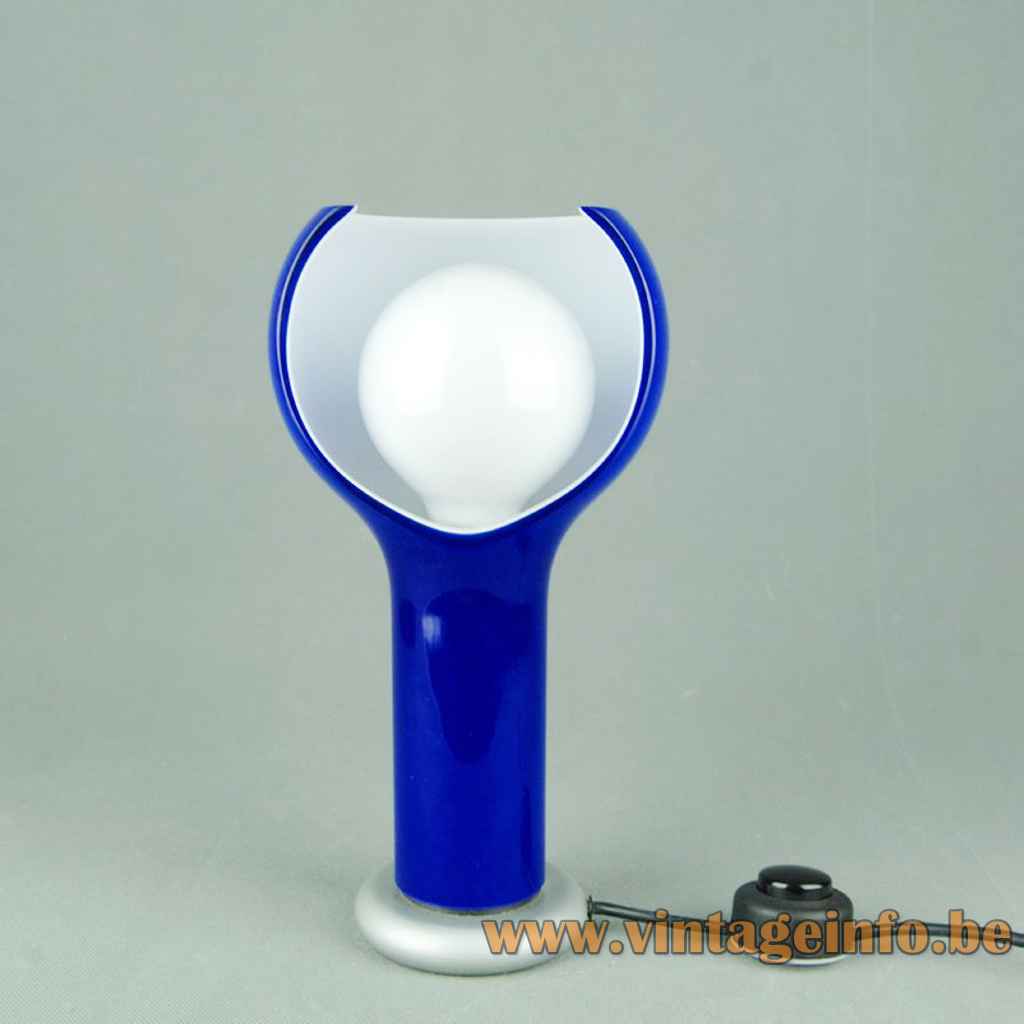 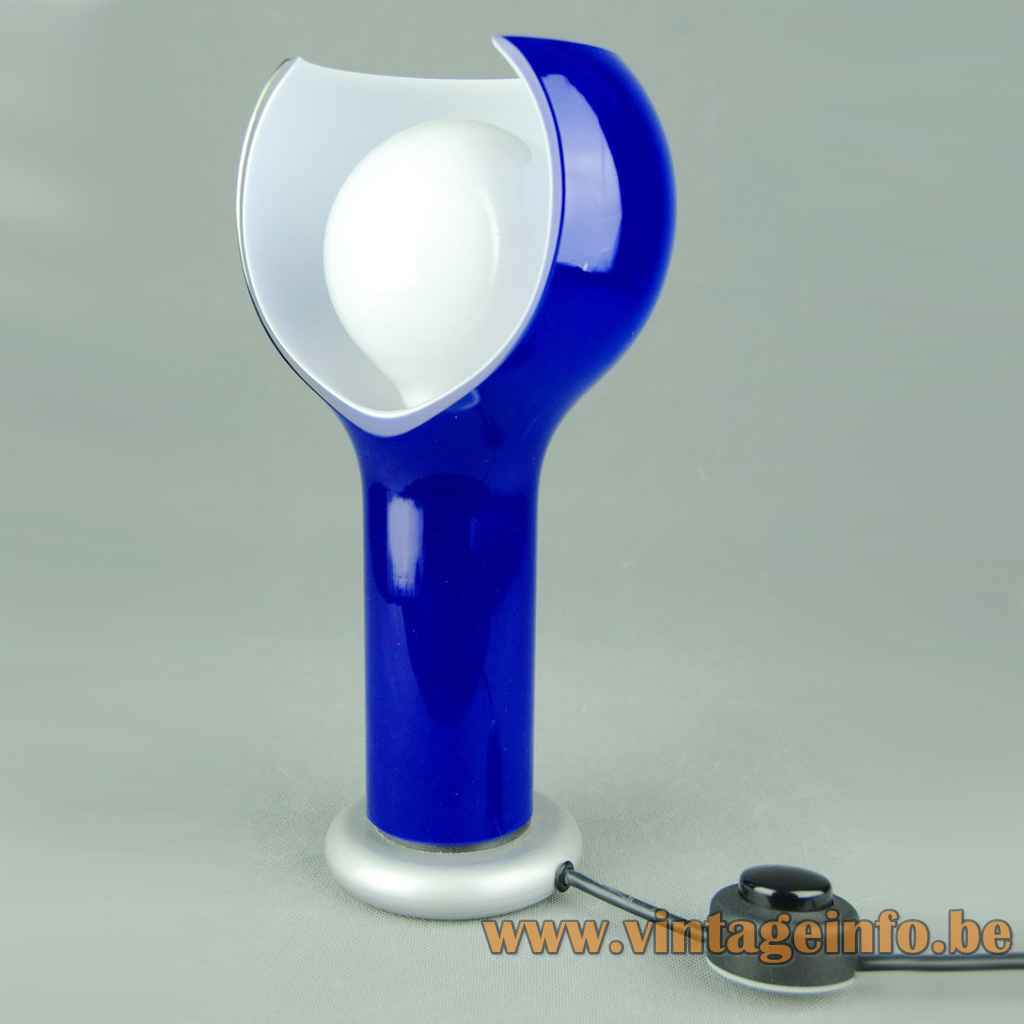 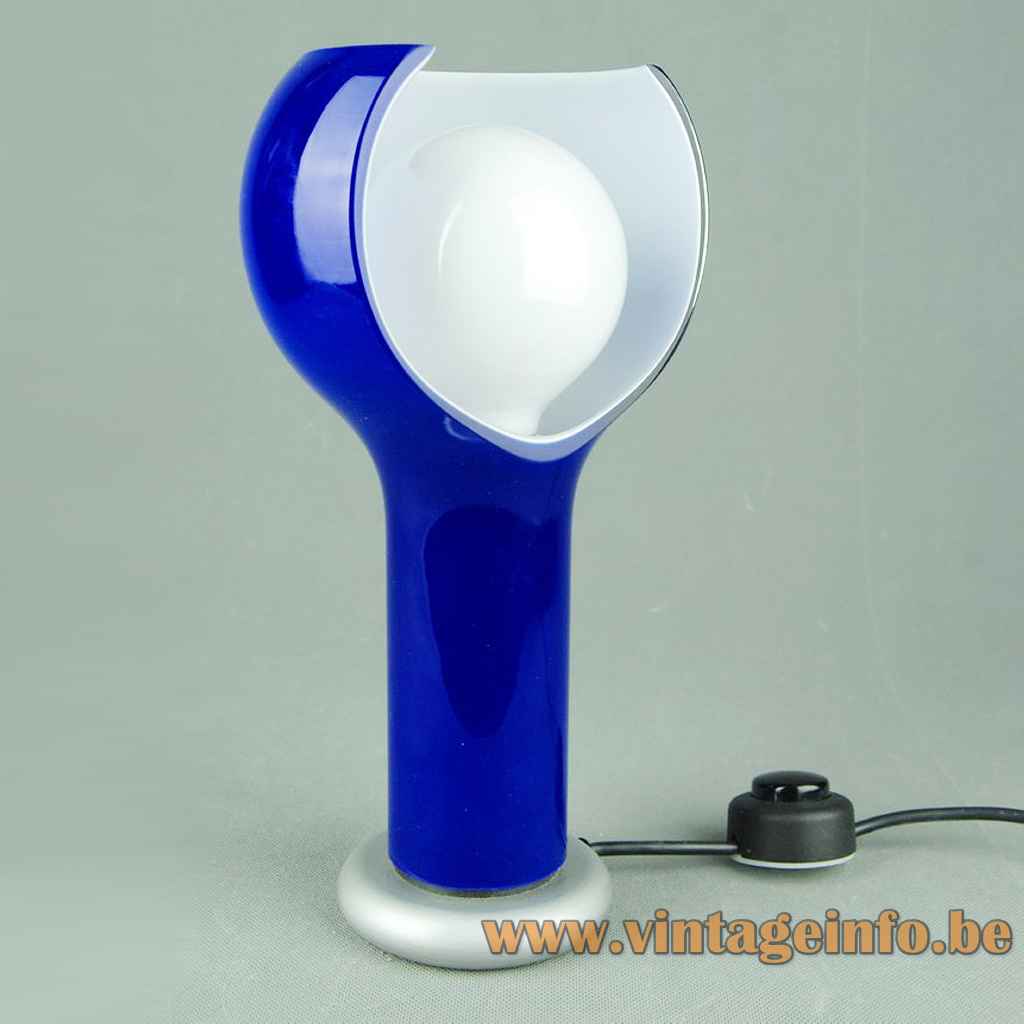 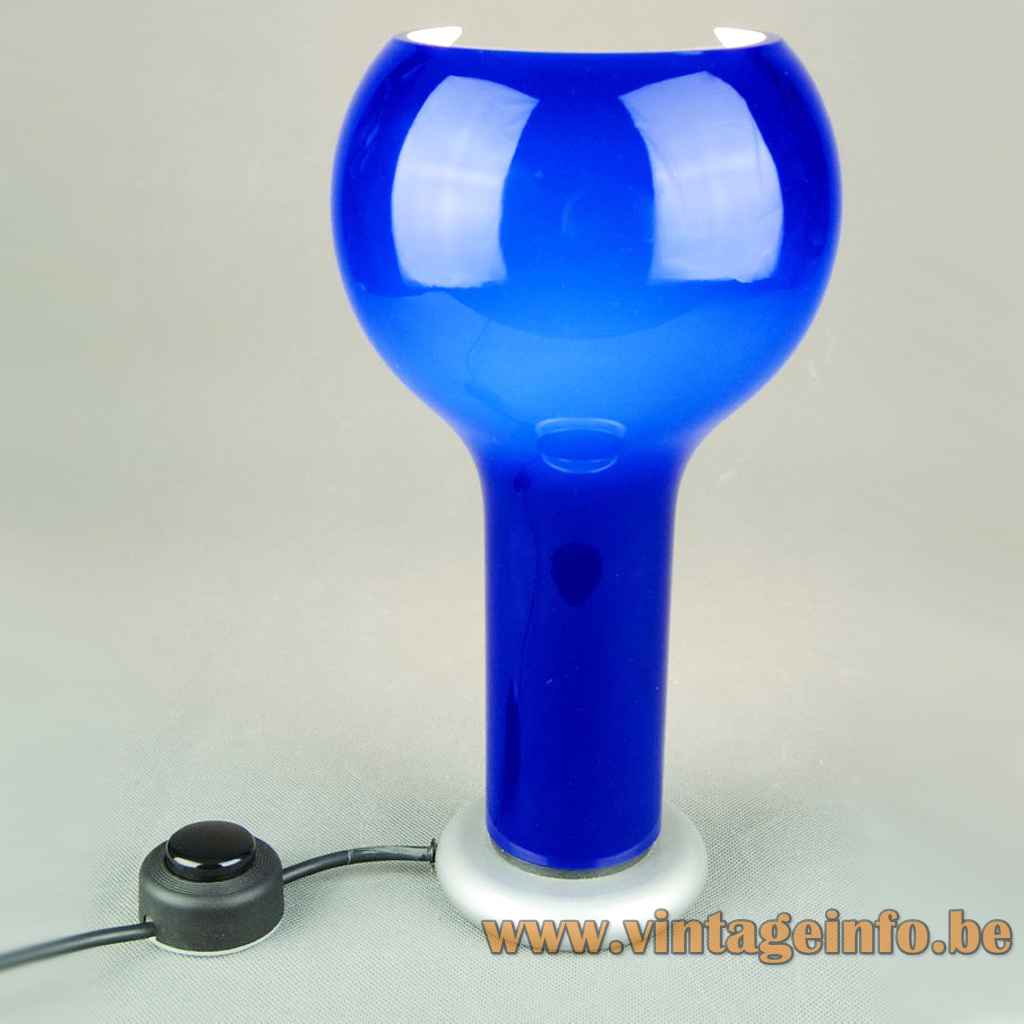 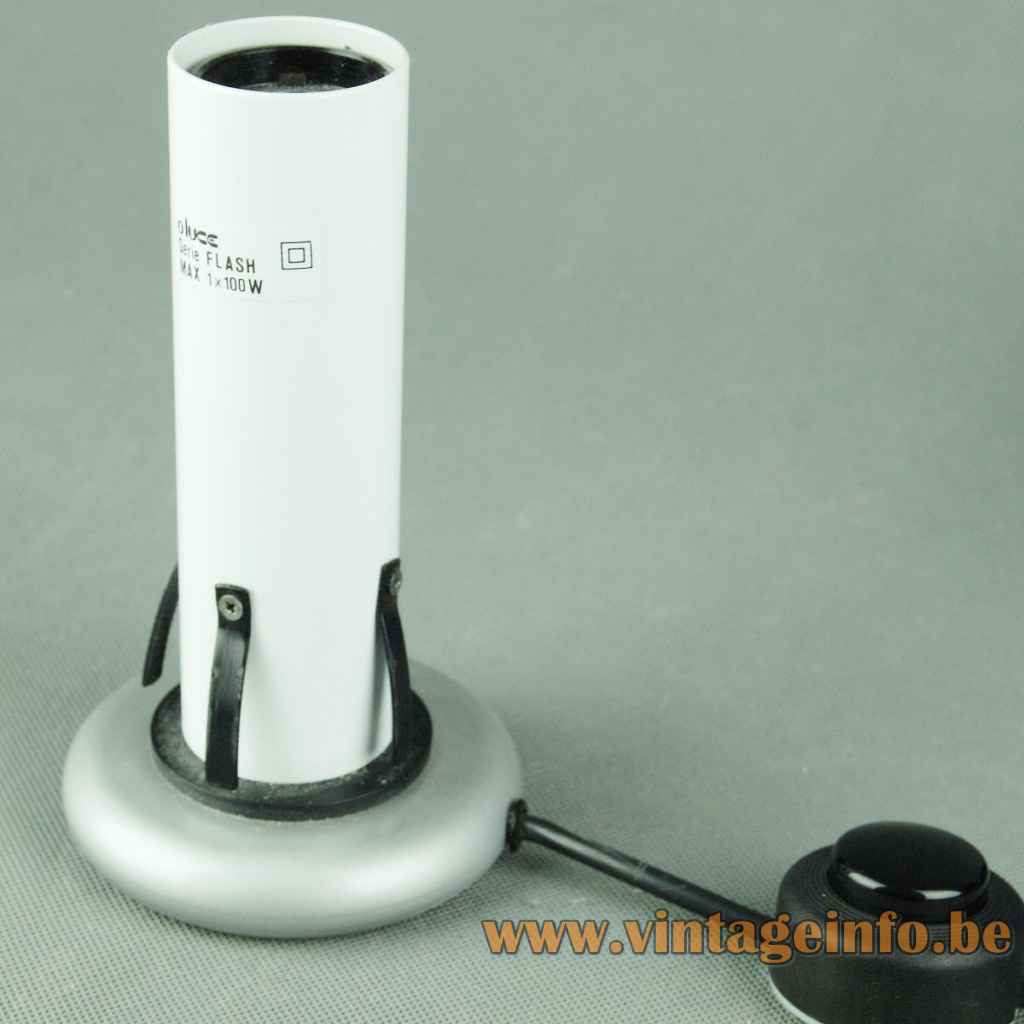 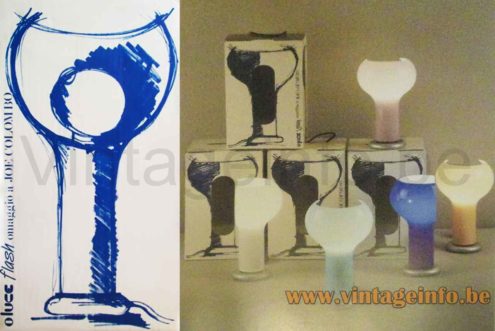 Designed in 1968, this glass version was only made in the 90s. It only appears in the catalogue of 1993. It was made as a tribute to Joe Colombo (Omagio a Joe Colombo). The original metal lamp exists as a floor lamp, a double floor lamp, wall lamps, ceiling lamps, desk lamps and table lamps.