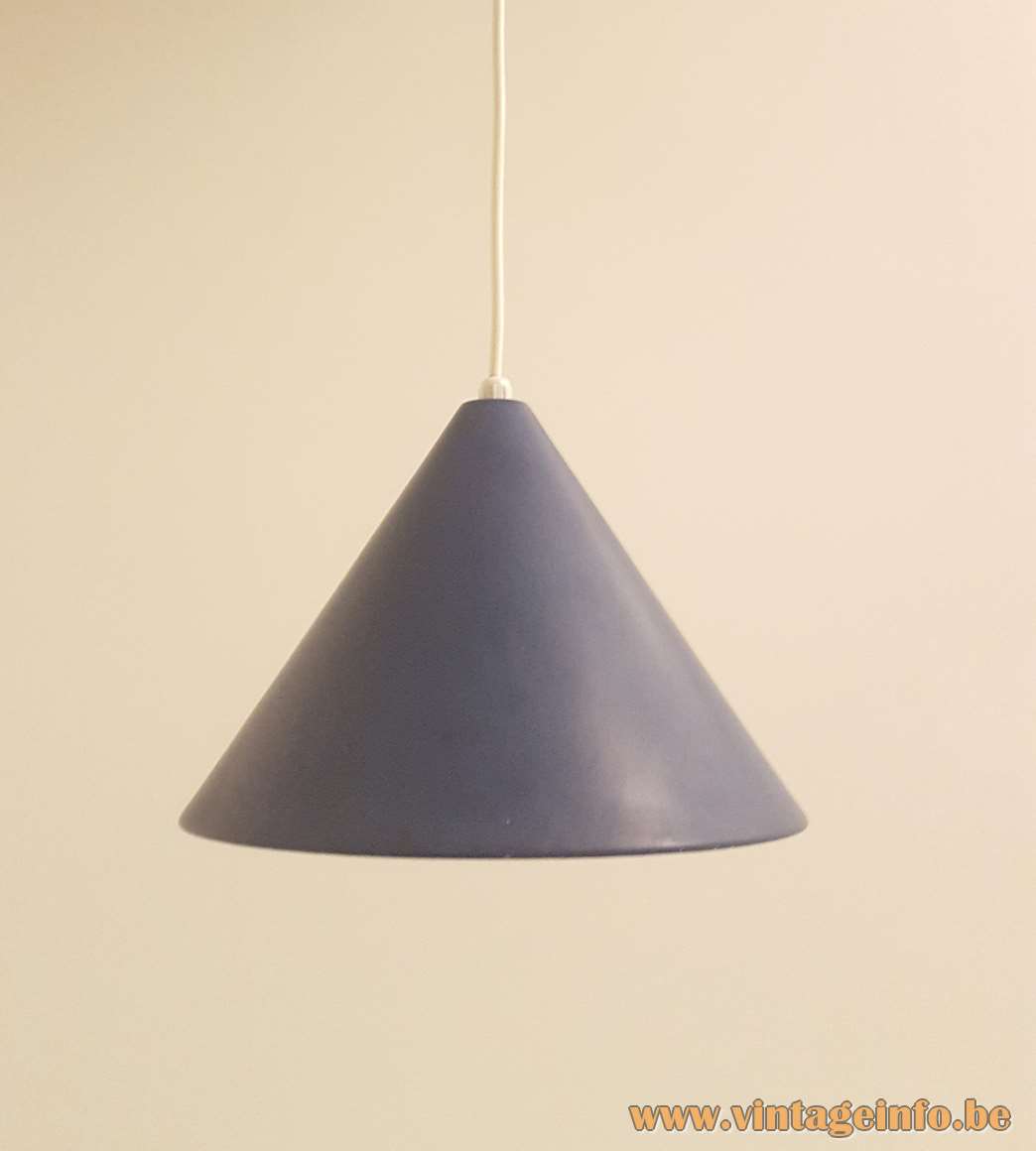 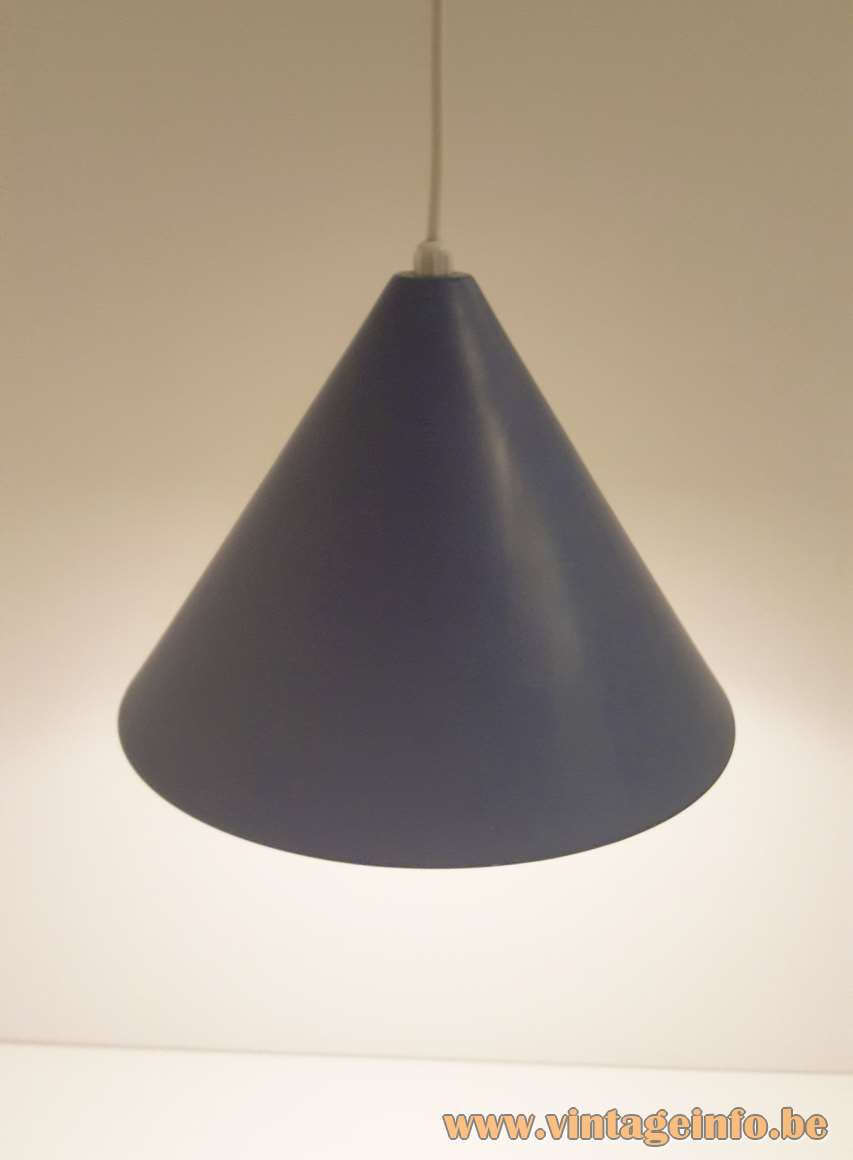 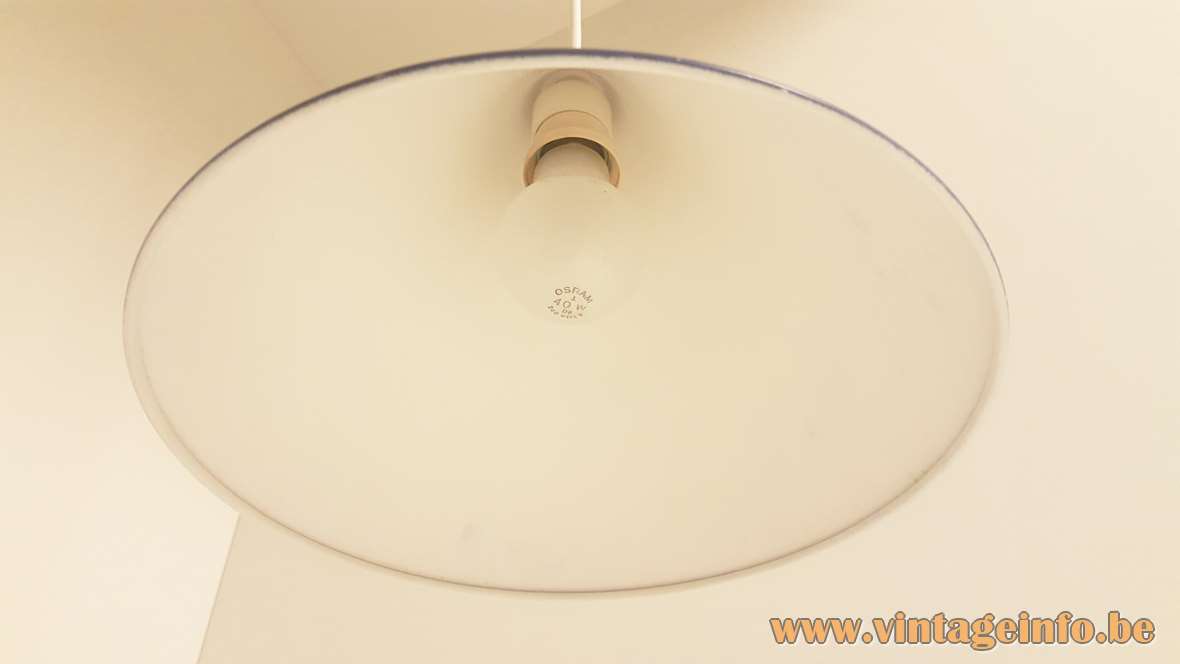 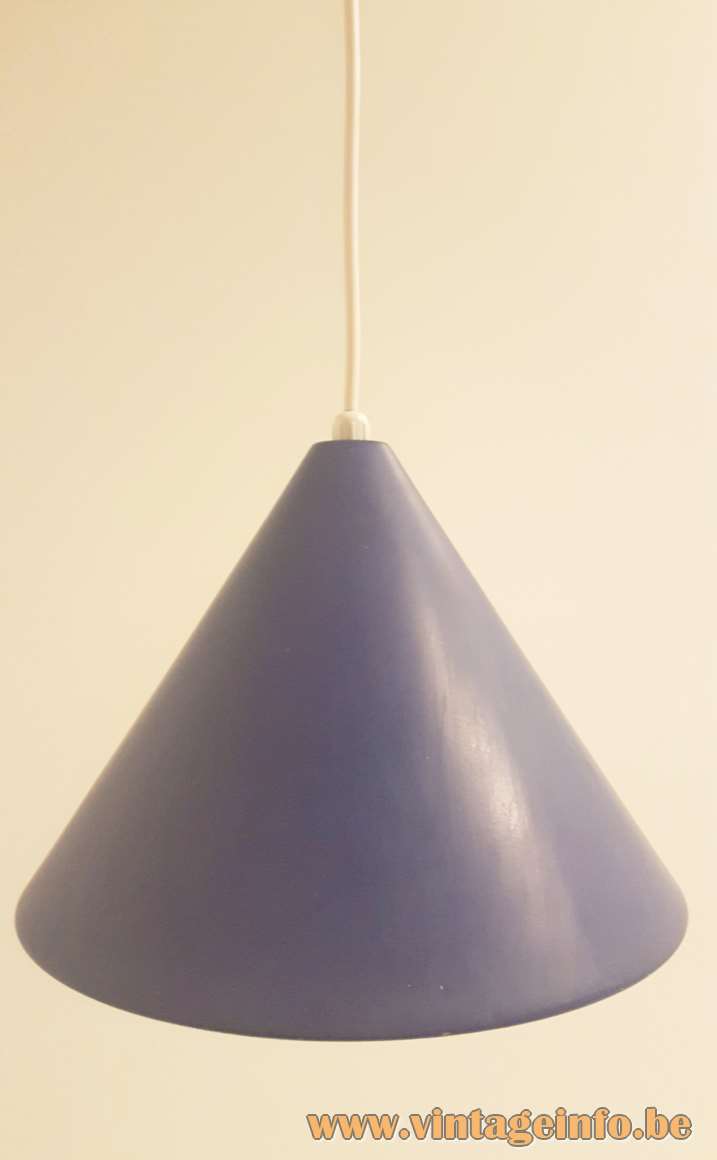 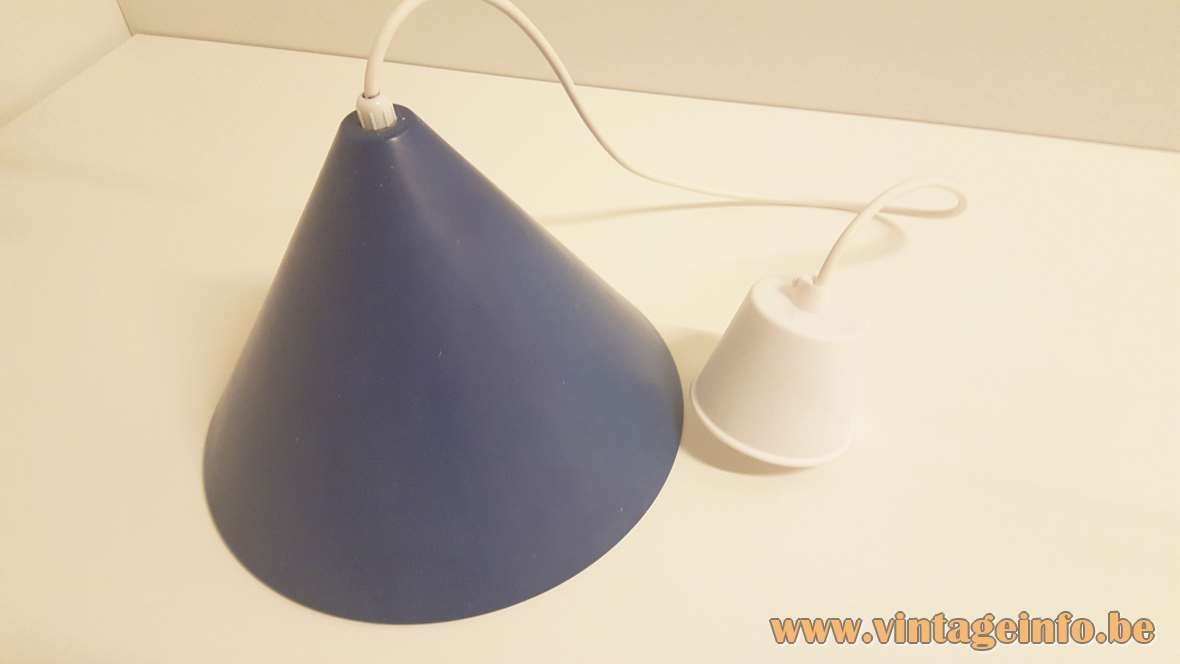 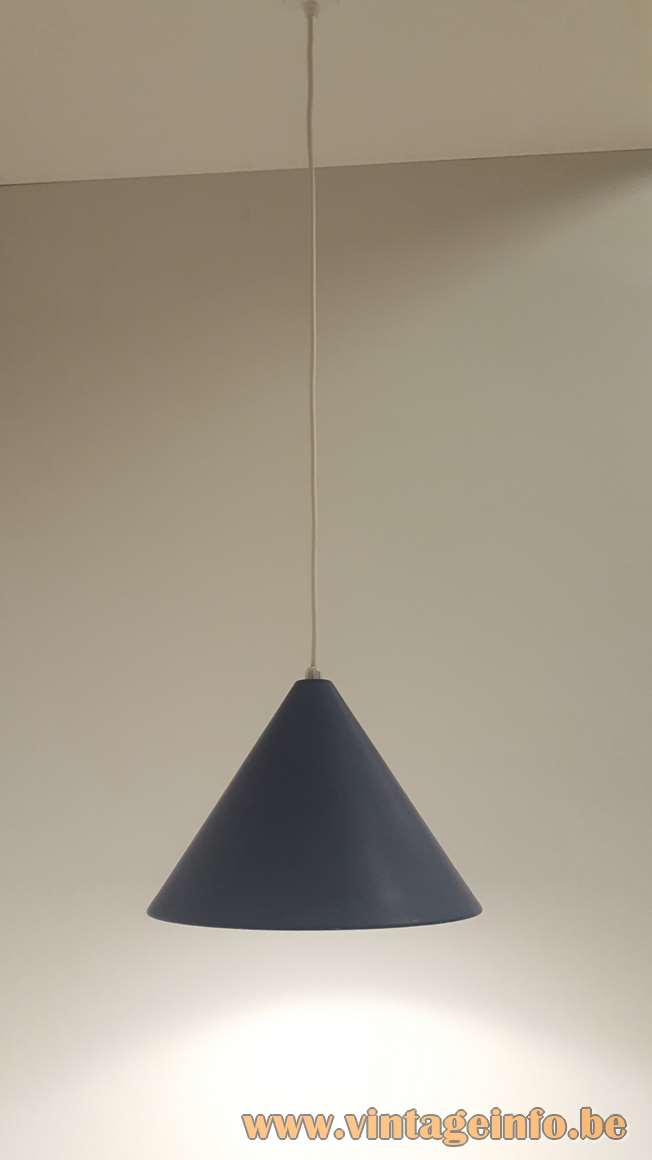 Materials: Conical lampshade made of enamelled metal (iron). Purple-blue (RAL 5000) on the outside, white on the inside. White painted Bakelite E27 socket.

Arne Jacobsen designed many objects during his life, among which several famous lamps for Louis Poulsen & CO A/S.  The AJ table and floor lamp from 1957 is one of those lights and is still in production. Jacobsen also designed lights for Aarhus, another Danish company. He also designed lighting for hotels and public places.

When Arne Jacobsen passed away unexpectedly 24 March 1971, he had a number of large projects under way. He was 69. 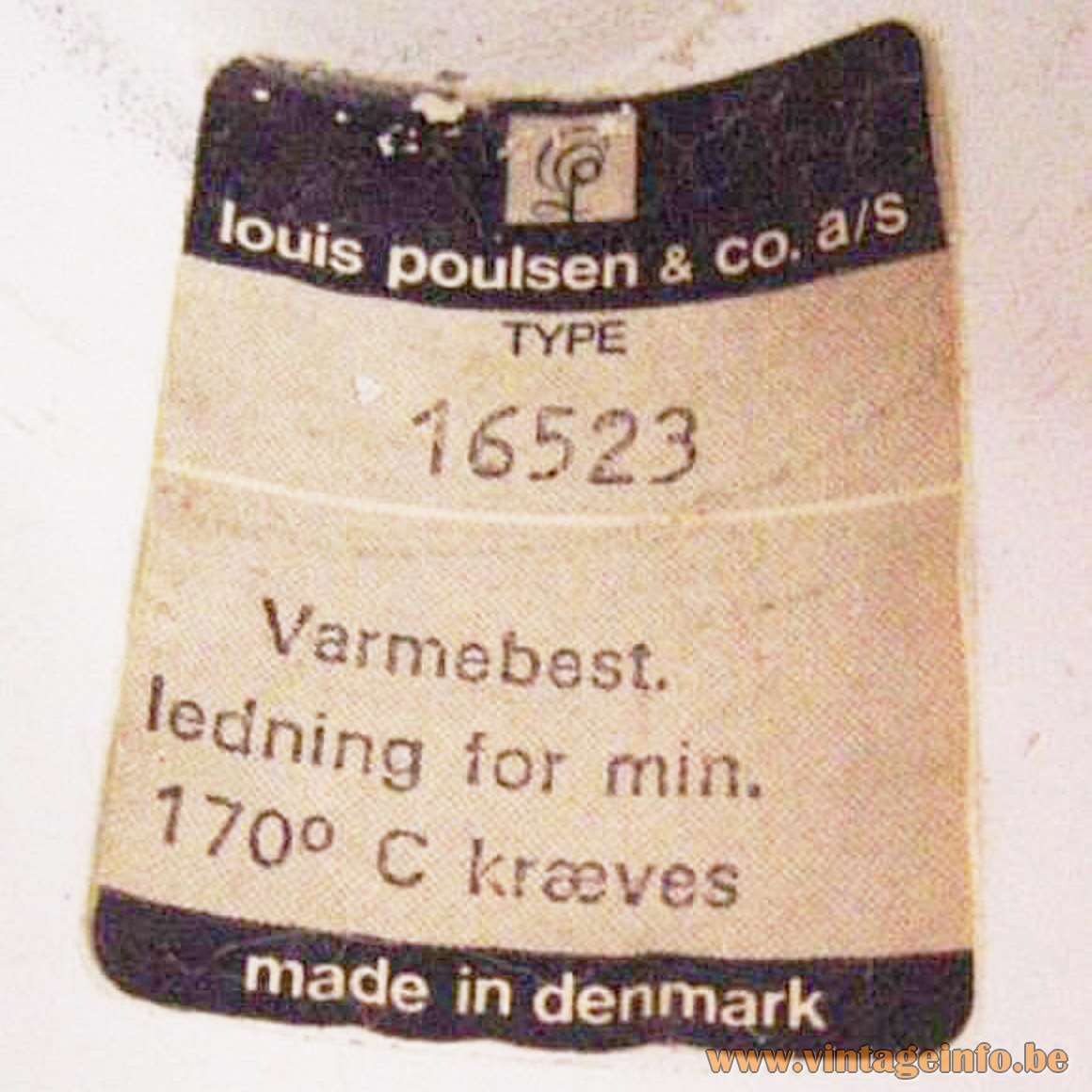 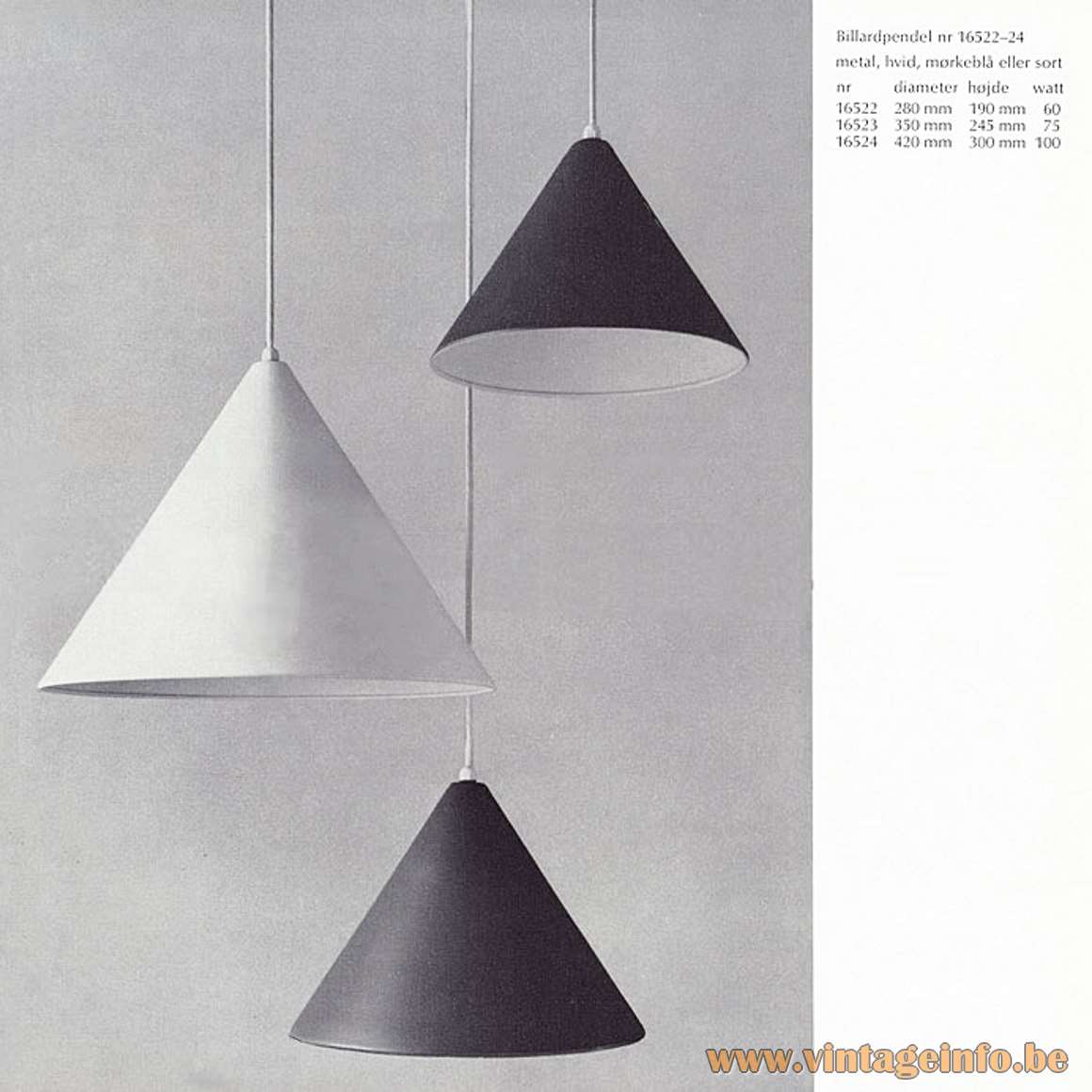 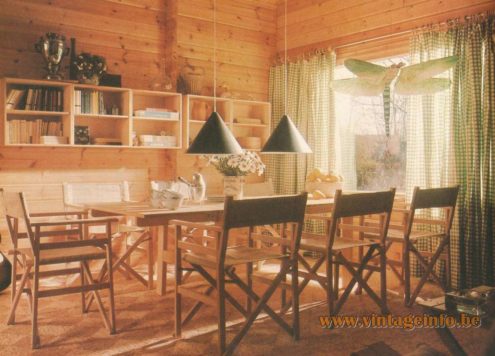