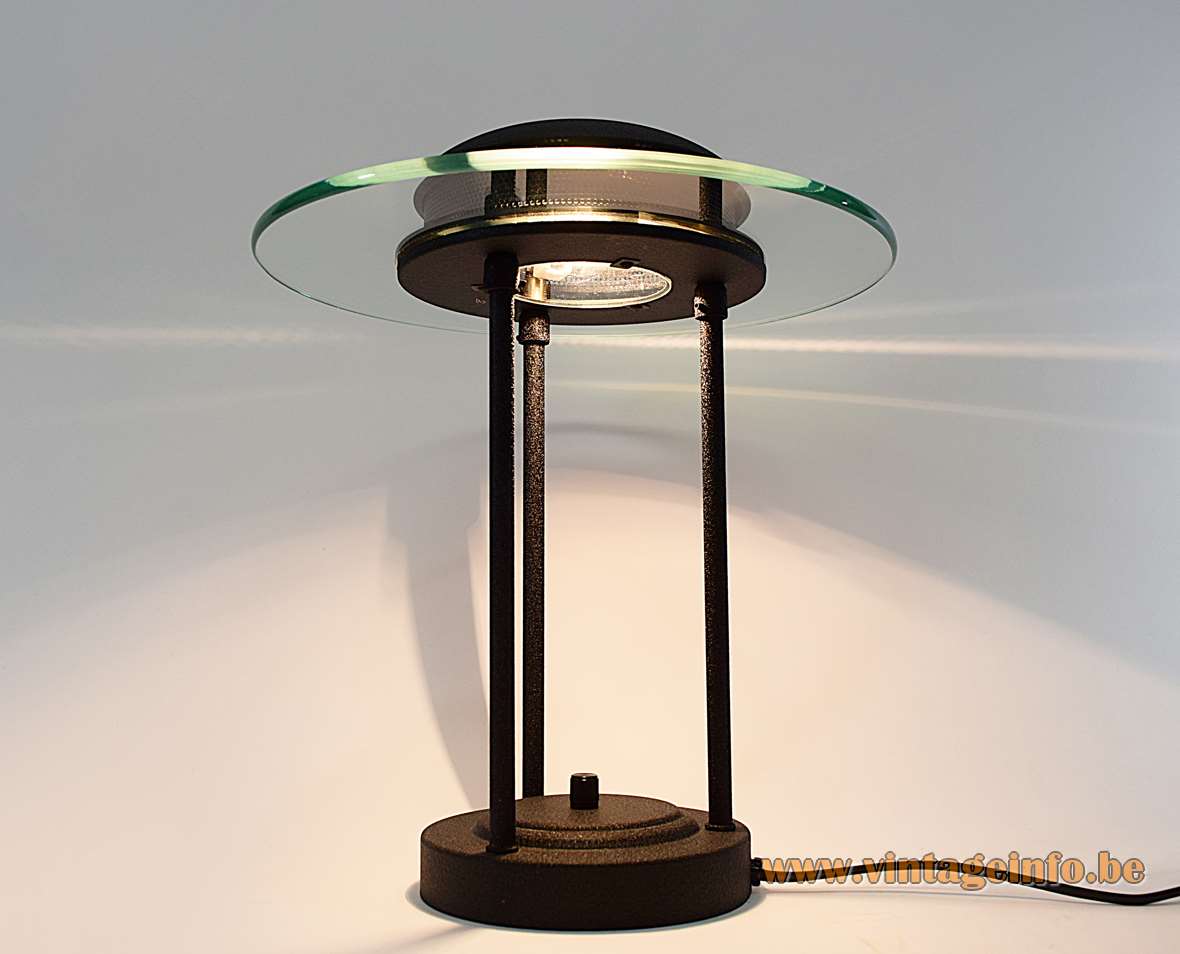 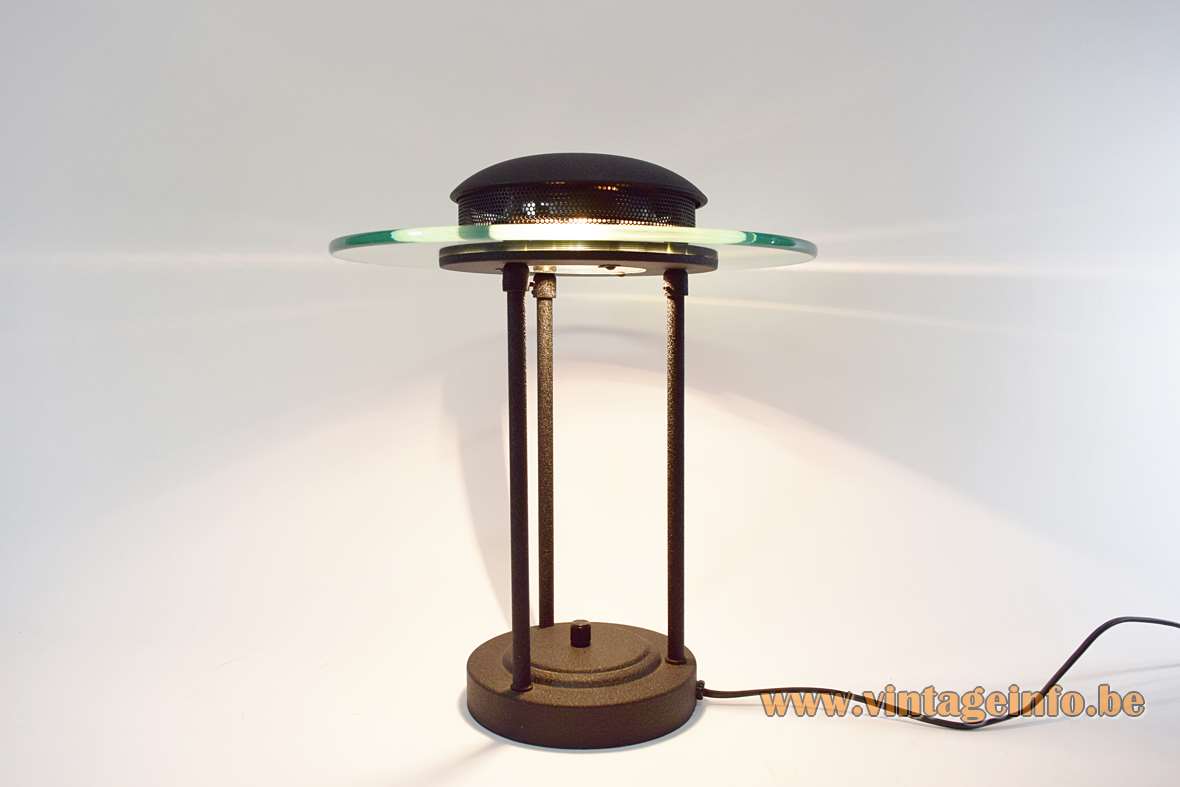 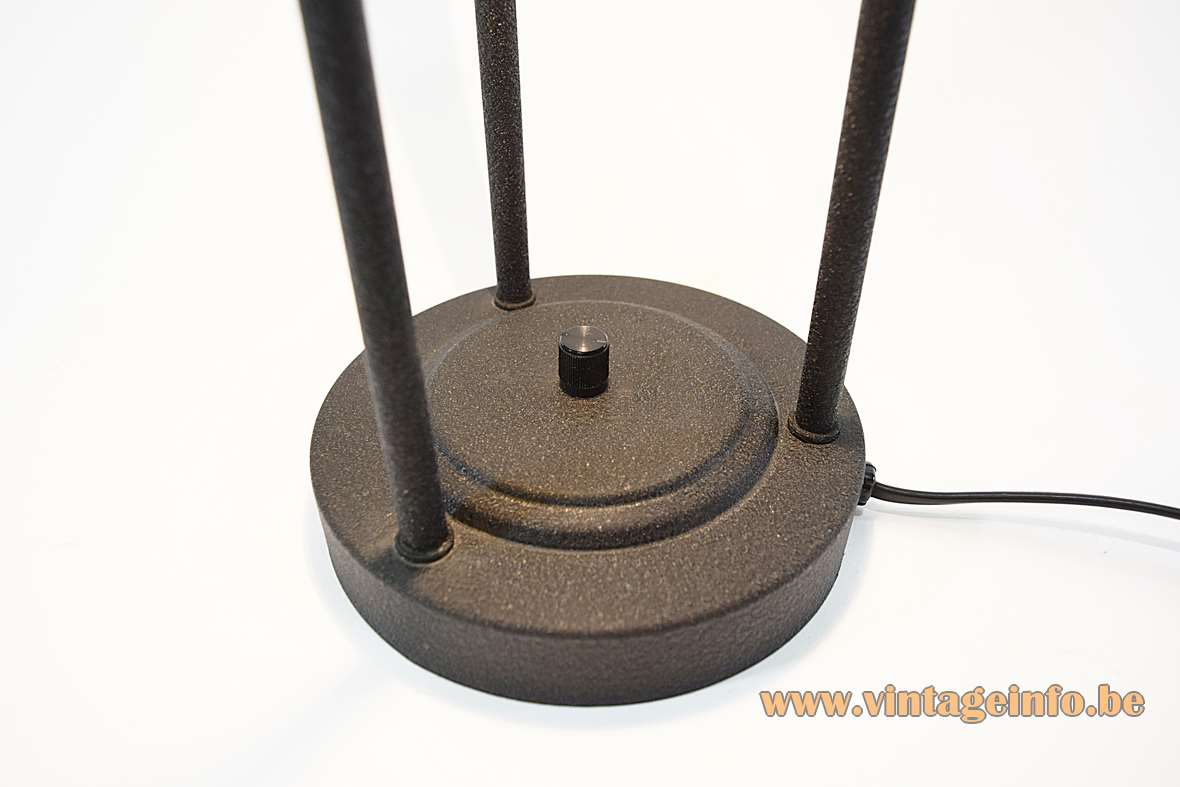 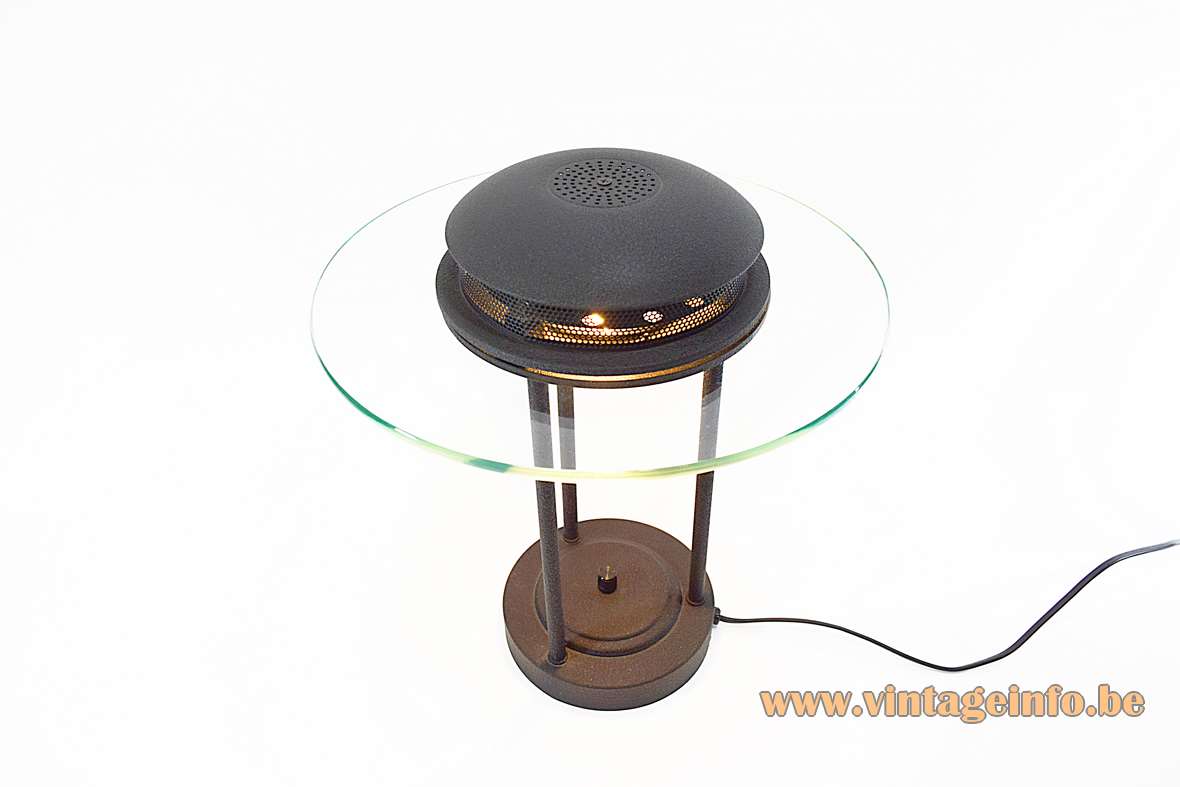 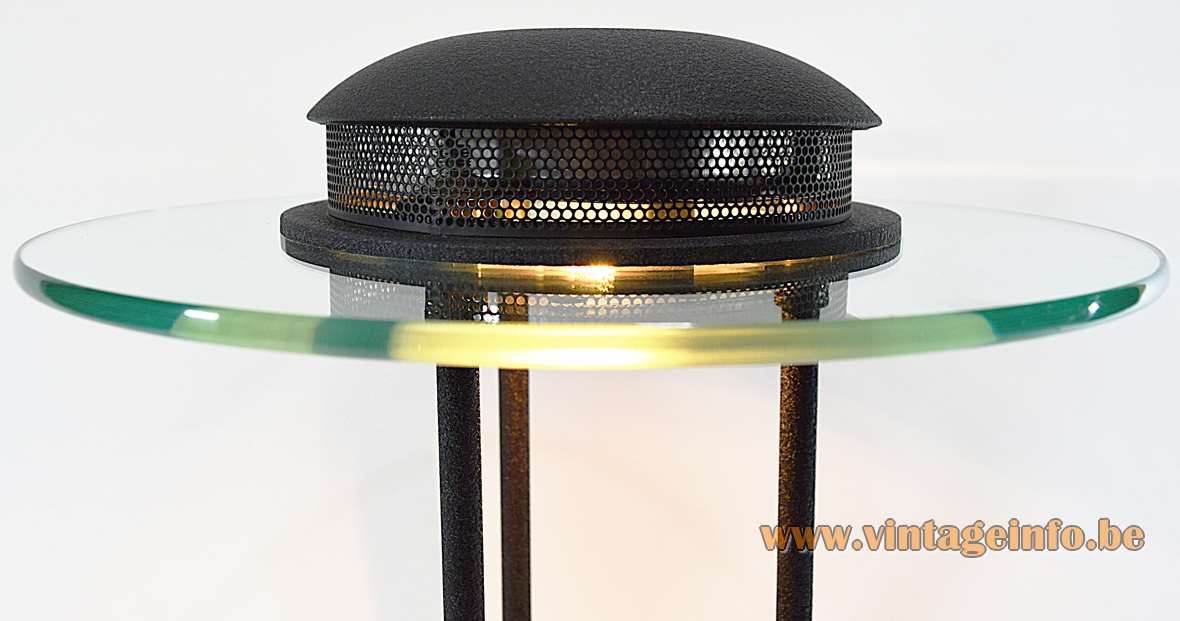 A Robert Sonneman desk lamp was used as a prop in the 2005 movie “Fun With Dick And Jane” with Jim Carrey, Téa Leoni and Alec Baldwin. 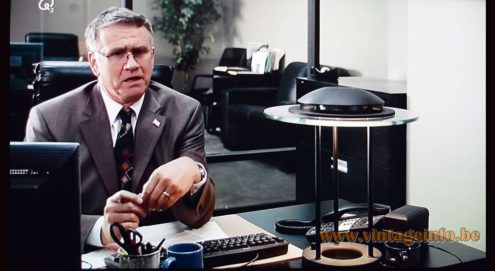 A 1980s Saturn bankers desk lamp was used as a prop in the 2020 French TV series Dérapages (Inhuman Resources). The mini-series of six episodes is broadcast on Arte and Netflix. The chandelier with the silver tipped globe bulbs is made by Staff Leuchten from Germany. Many lamps appear in this series.

Designer: After a design by Robert Sonneman.

This 1980s Saturn bankers desk lamp is a copy of a desk lamp designed by Robert Sonneman (born 1942) It was produced by the George Kovacs company from the United States of America. This lamp is a bit different as you can see below. In all probably all made in China and Taiwan.

The original lamp is a banker’s lamp from the 1930s, maker and designer unknown.

Ettore Sottsass (1917-2007) designed the Pausania desk lamp for Artemide in 1983. Today Artemide produces a re-edition of the Pausania lamp in version LED TW.

Several companies sold these type of lamps over the years, mostly produced in China. The SMC Boxford Holland Penta desk lamp is a good example. Shell Electric MFG Cholding Co. LTD and Kirch from Taiwan also produced this lamp and many similar ones. 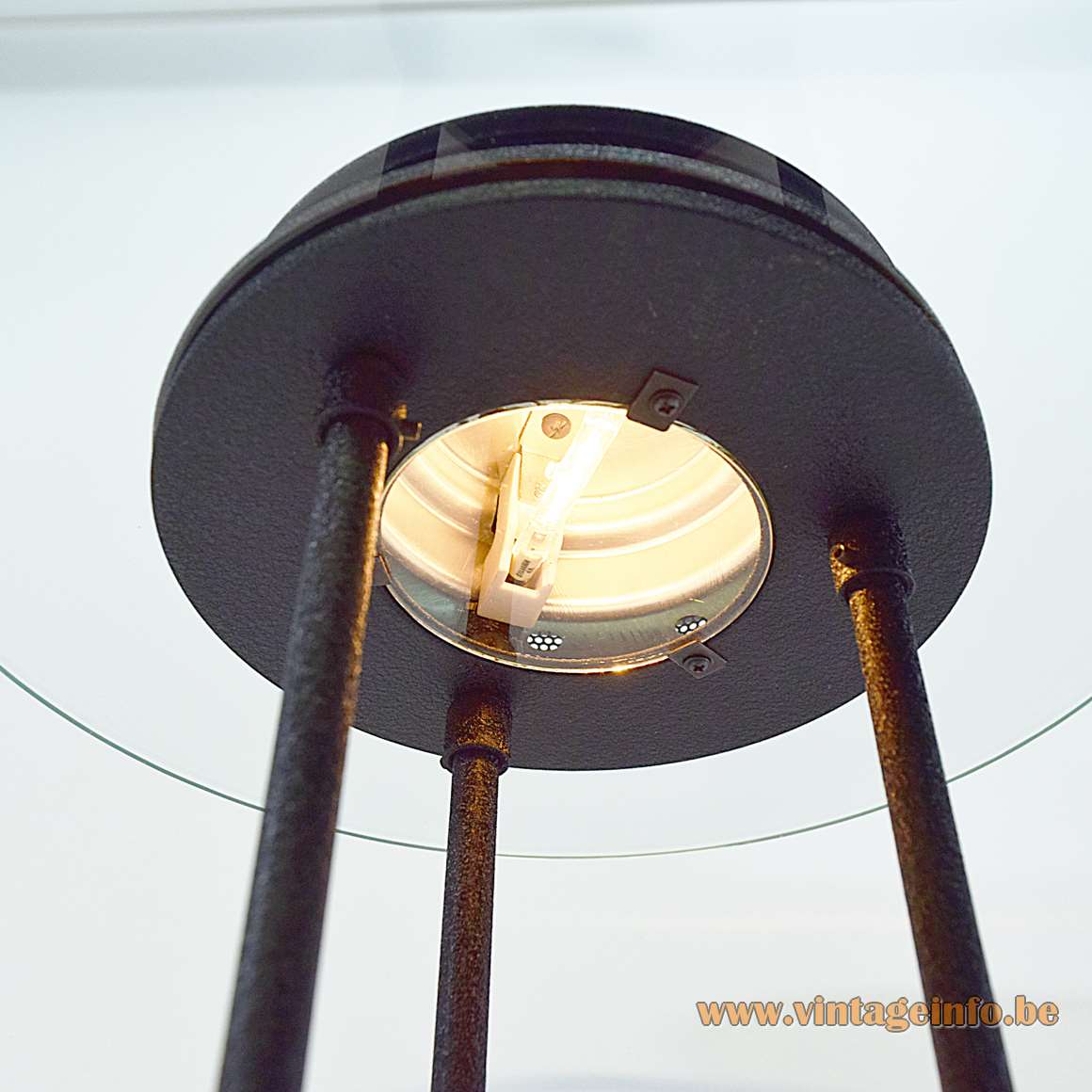 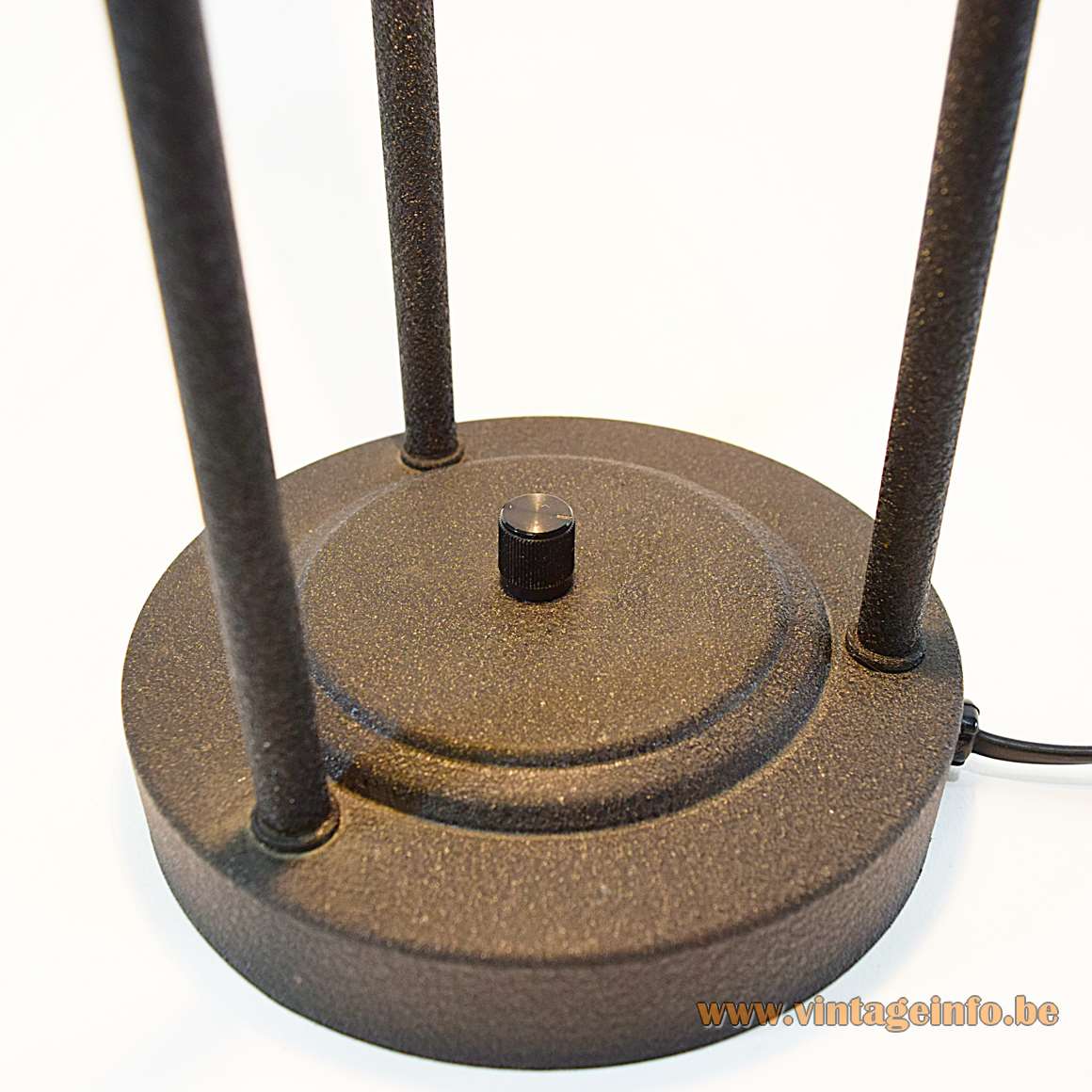 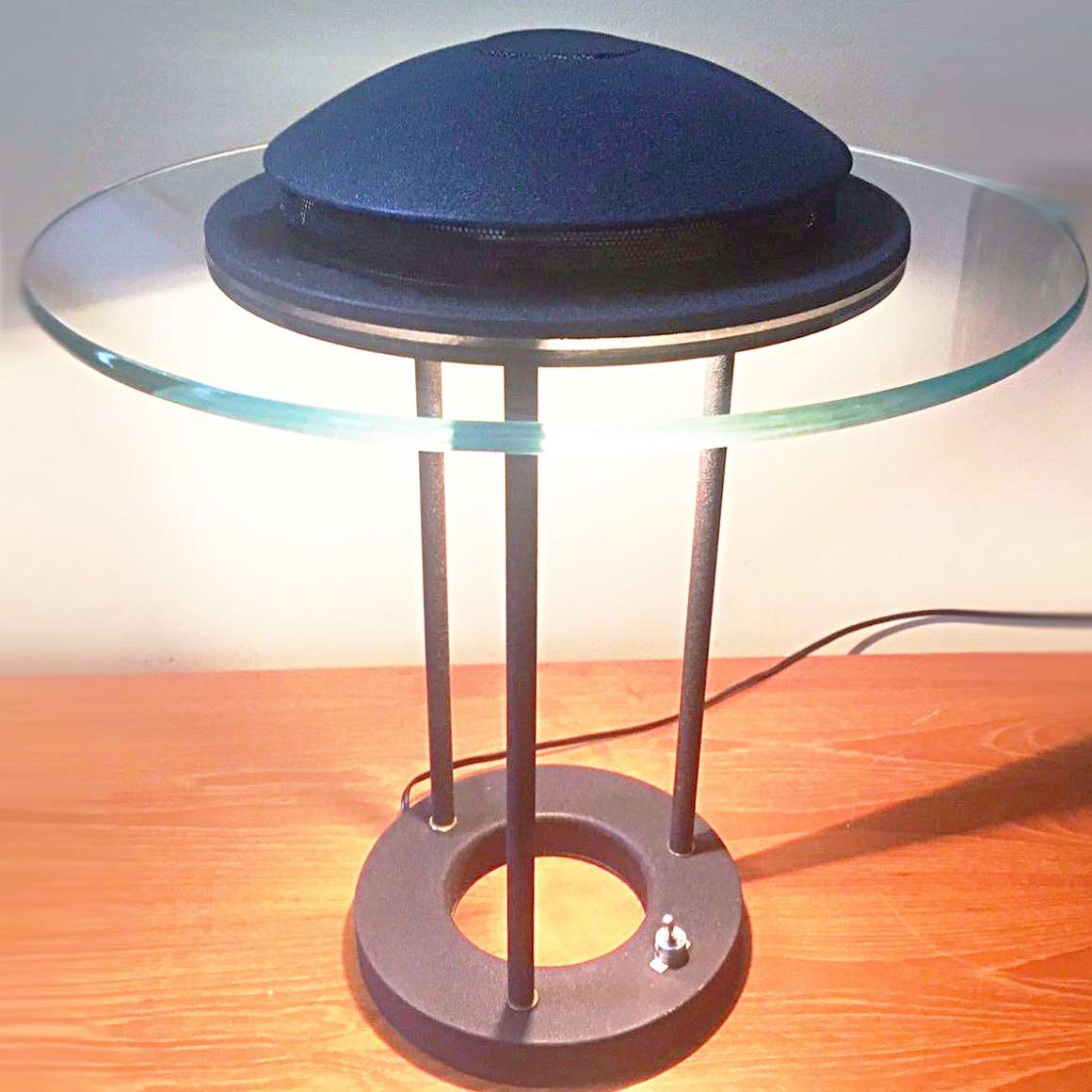 A 1980s Saturn bankers desk lamp was used as a prop in the 2013 film “Tom at the Farm” (Tom à la ferme). A Canadian psychological thriller directed by and starring Xavier Dolan.

A 1980s Saturn bankers desk lamp was used as a prop in the 1995 film “Casino” starring Robert De Niro, Joe Pesci and Sharon Stone. In the same room a Jules Wabbes wall lamp was used.

A 1980s Saturn bankers desk lamp was used as a prop in the 2017 film American Made with Tom Cruise. The story of Barry Seal, an American pilot who became a drug-runner for the CIA. 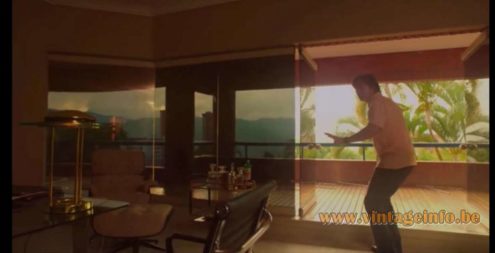