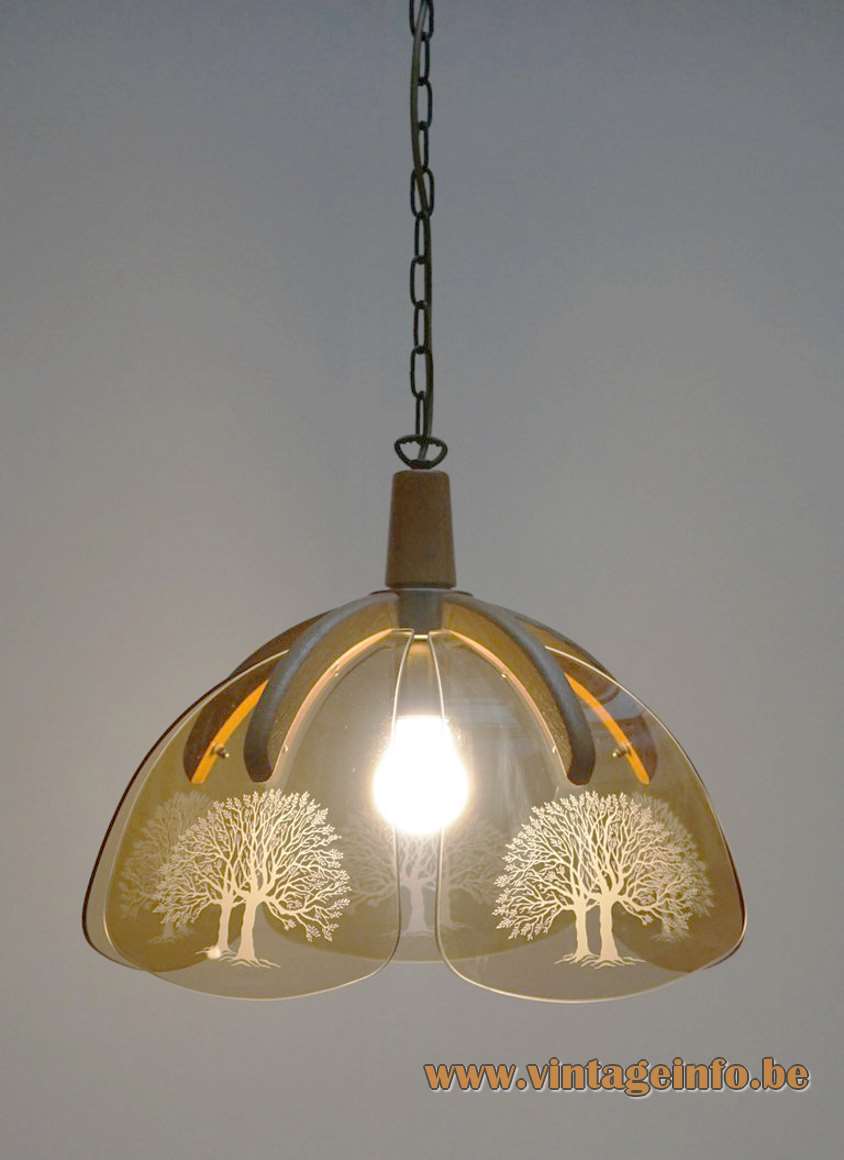 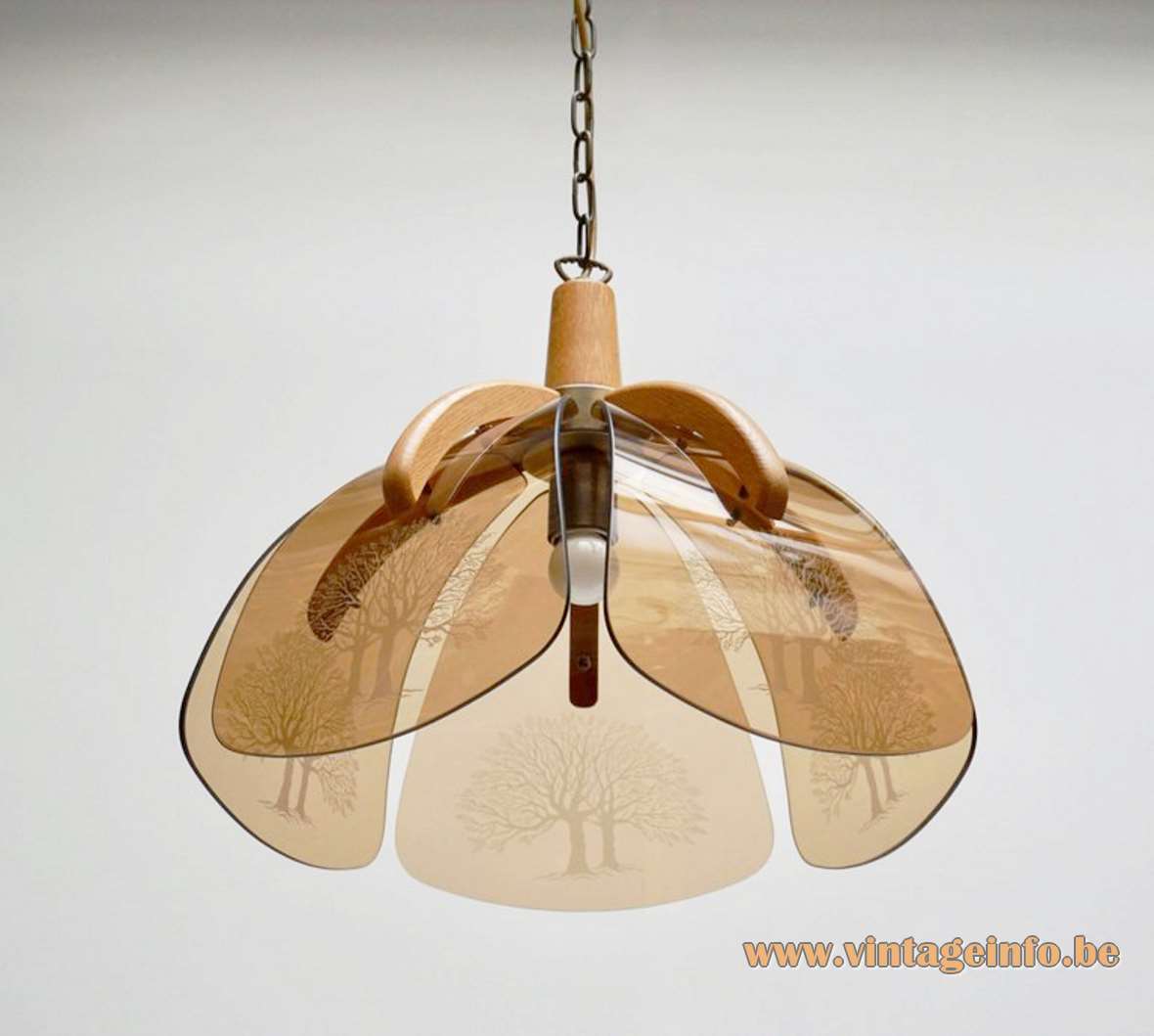 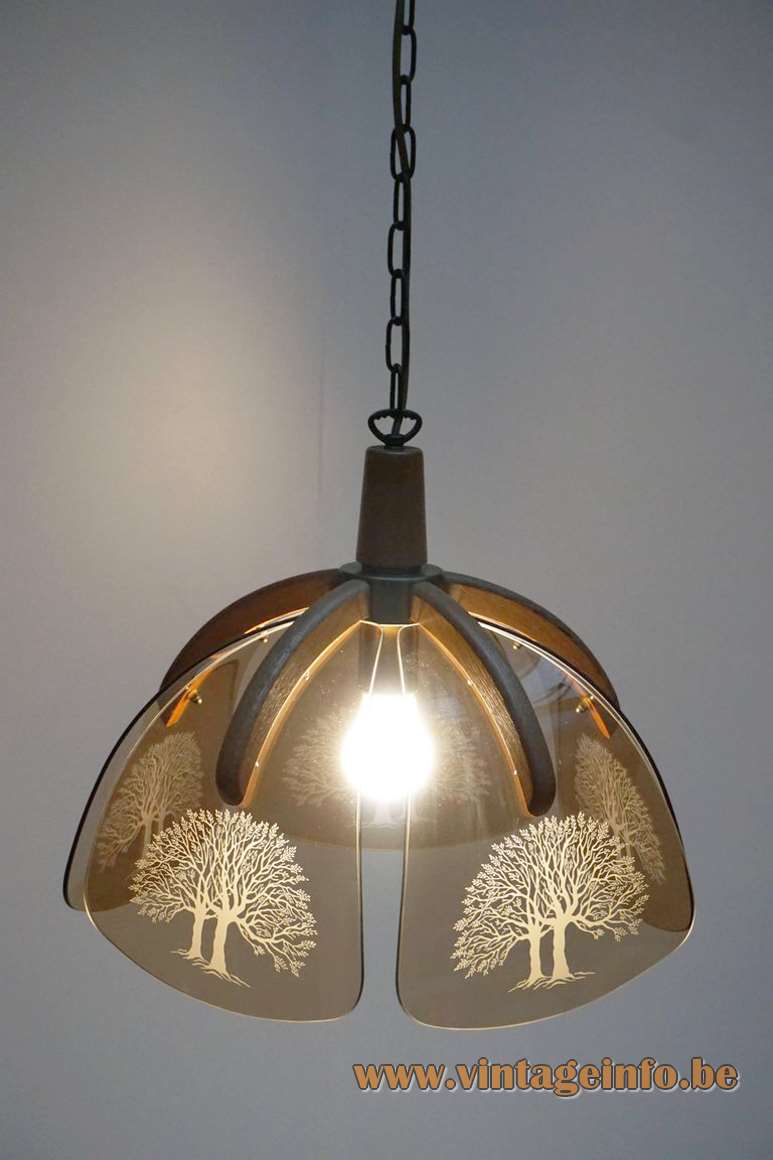 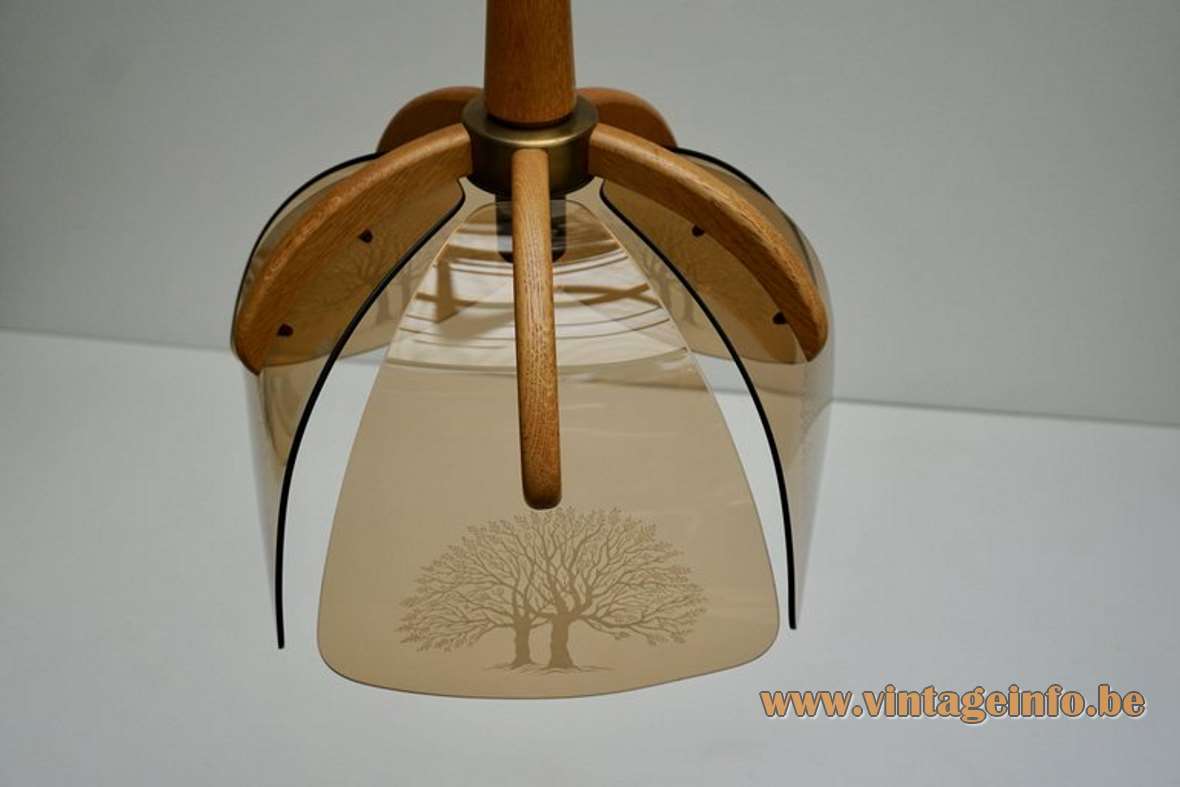 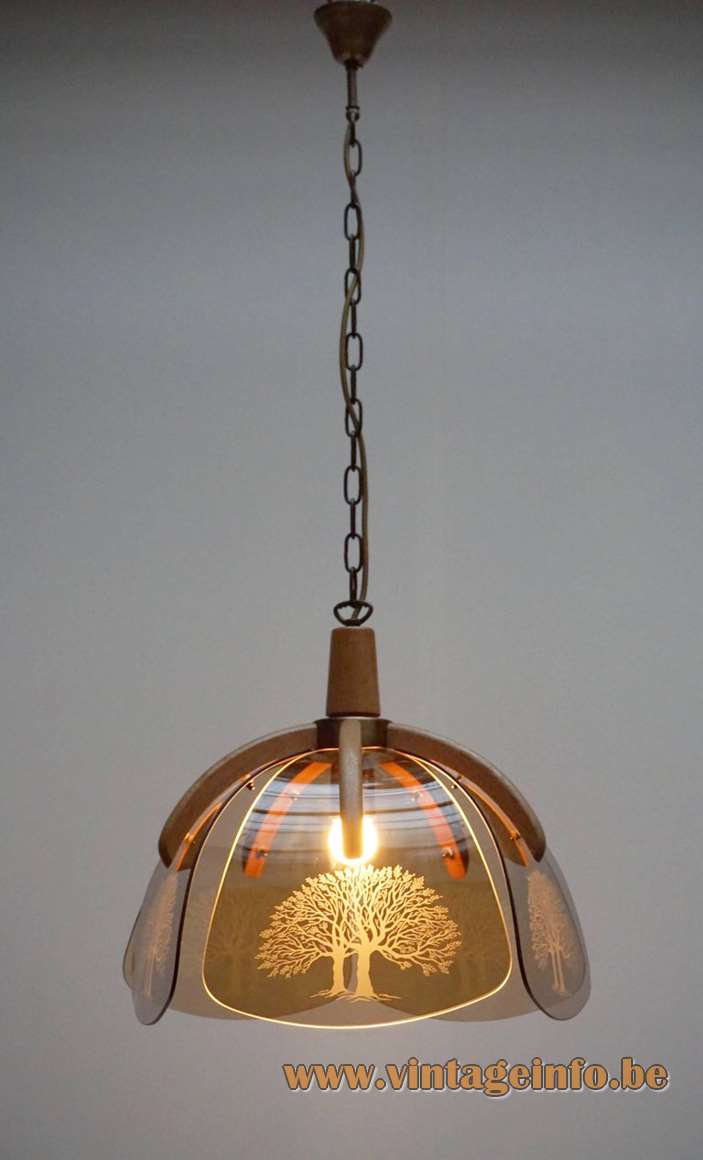 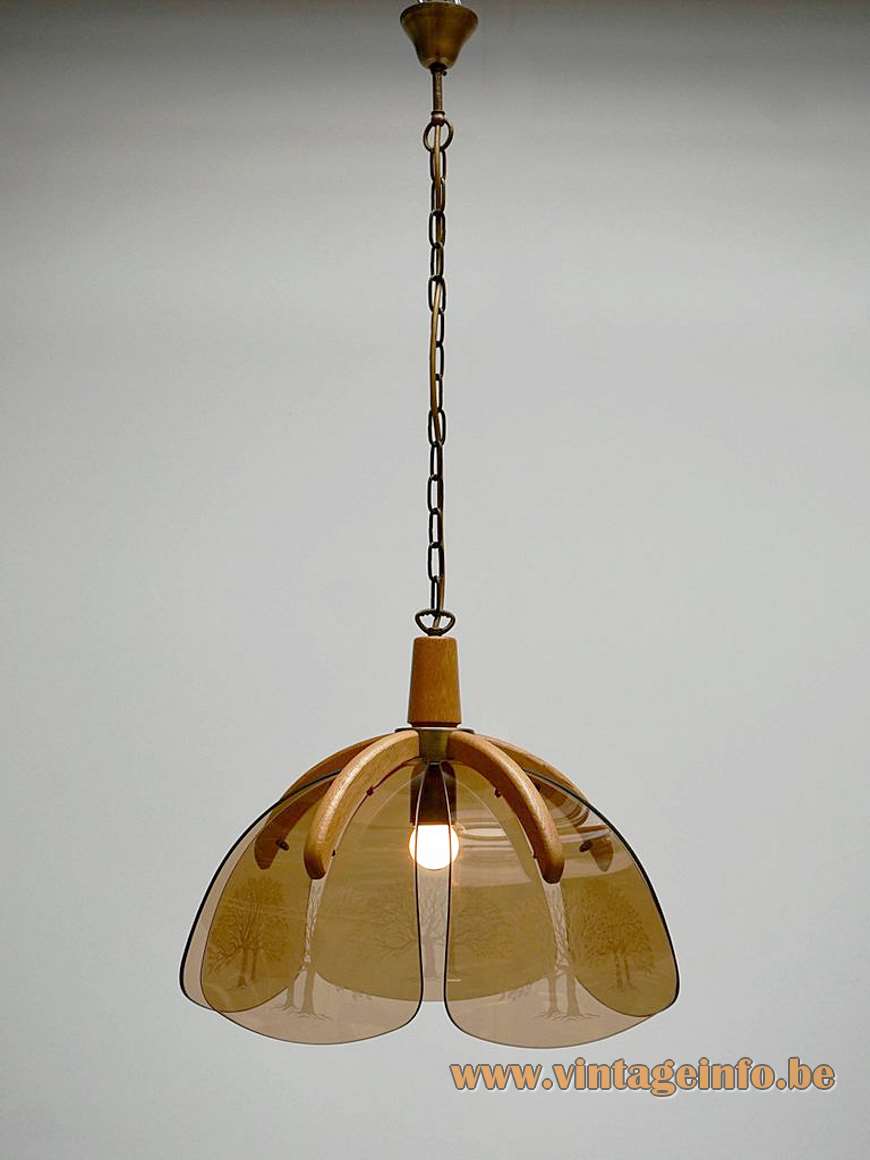 Other versions: This 1980s Baum pendant lamp was made in several sizes, wall lamps and table lamps.

This pendant lamp is made after the “Baum” lamp design of Luigi Colani in 1980 for the German light company Simon & Schelle, also named Sische. The lamps of Sische are all made in brass and the drawing of the trees is different of course. The German lamps are all signed with “Colani” on the glass, as you can see below.

The light company Simon & Schelle GmbH & Co. KG was founded right after World War II in the German city of Sundern in 1946. Founders were Josef Simon and Josef Schelle. 3 years later they presented their first light collection. Over the years the company produced many lamps. One of the most well known lamps are made of glass flowers and brass, as you can see below.

In 1980 Luigi Colani designed disk lamps with the tree-decoration, named Baum, Bonsai, etc. How strange it may sound today, these lamps were a huge success. The design was used for many objects such as glasses, decanters and vases produced by the German Ritzenhoff AG. Several companies produced lamps and objects with a comparable design.

Until 1989 the original founders led the company after which the second generation stepped up.

Simon & Schelle ended business in 2015. At that time they were also active as an electroplating company and they sold a collection made by Joop!, a German fashion company founded in 1987. For a while they also sold furniture and home decor.

The website of Sische still exists today, but is under construction. There may be a restart of the company or someone has bought the domain name. 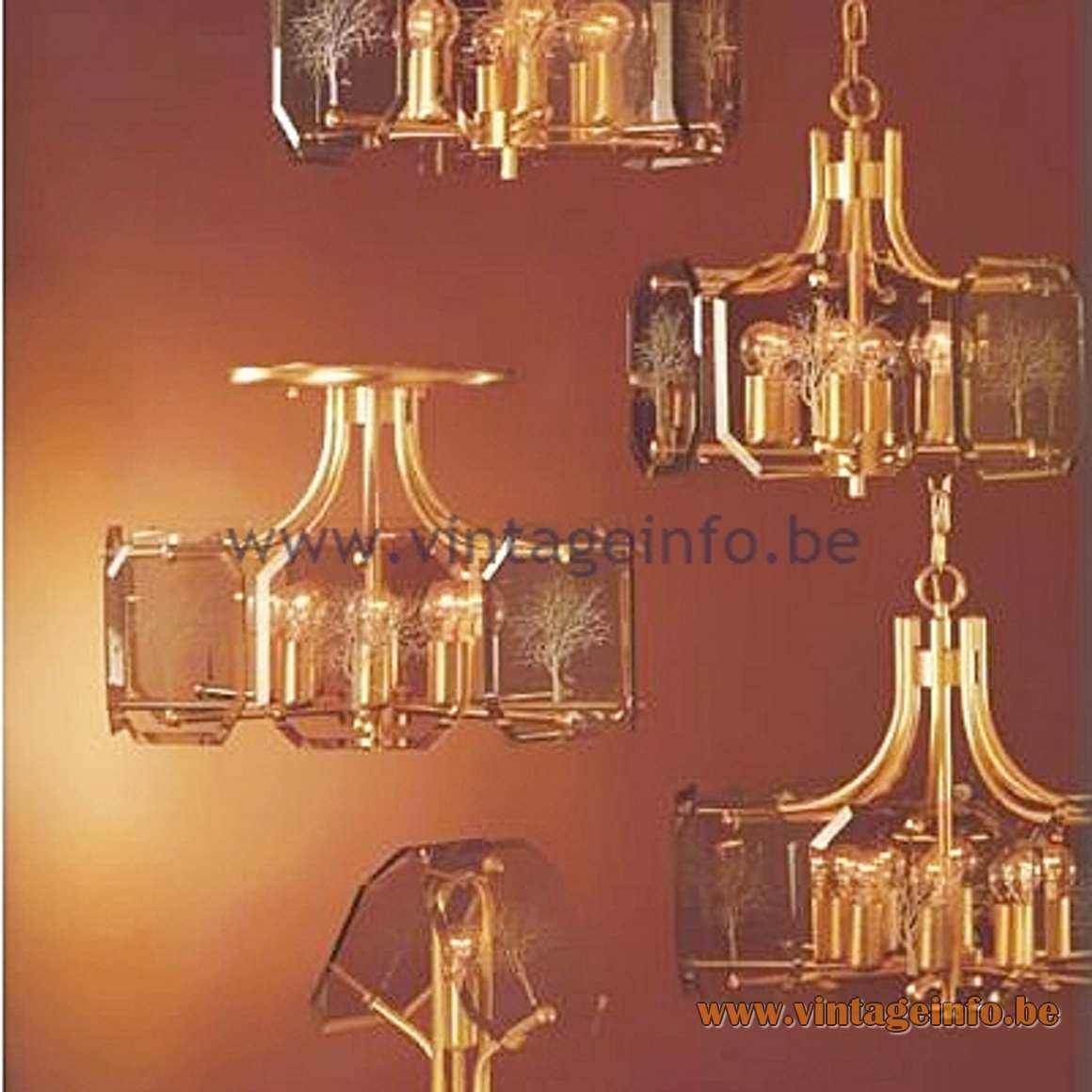 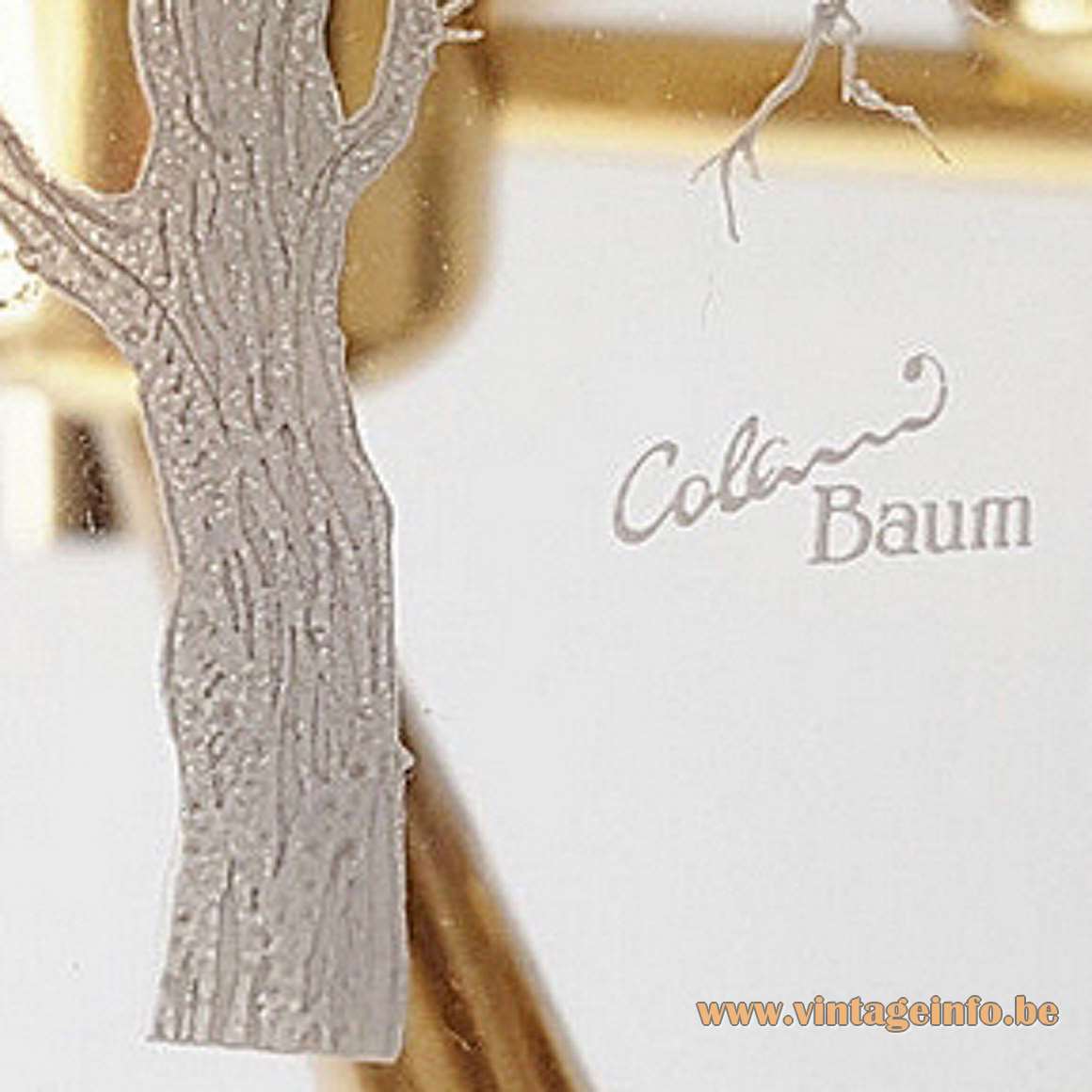 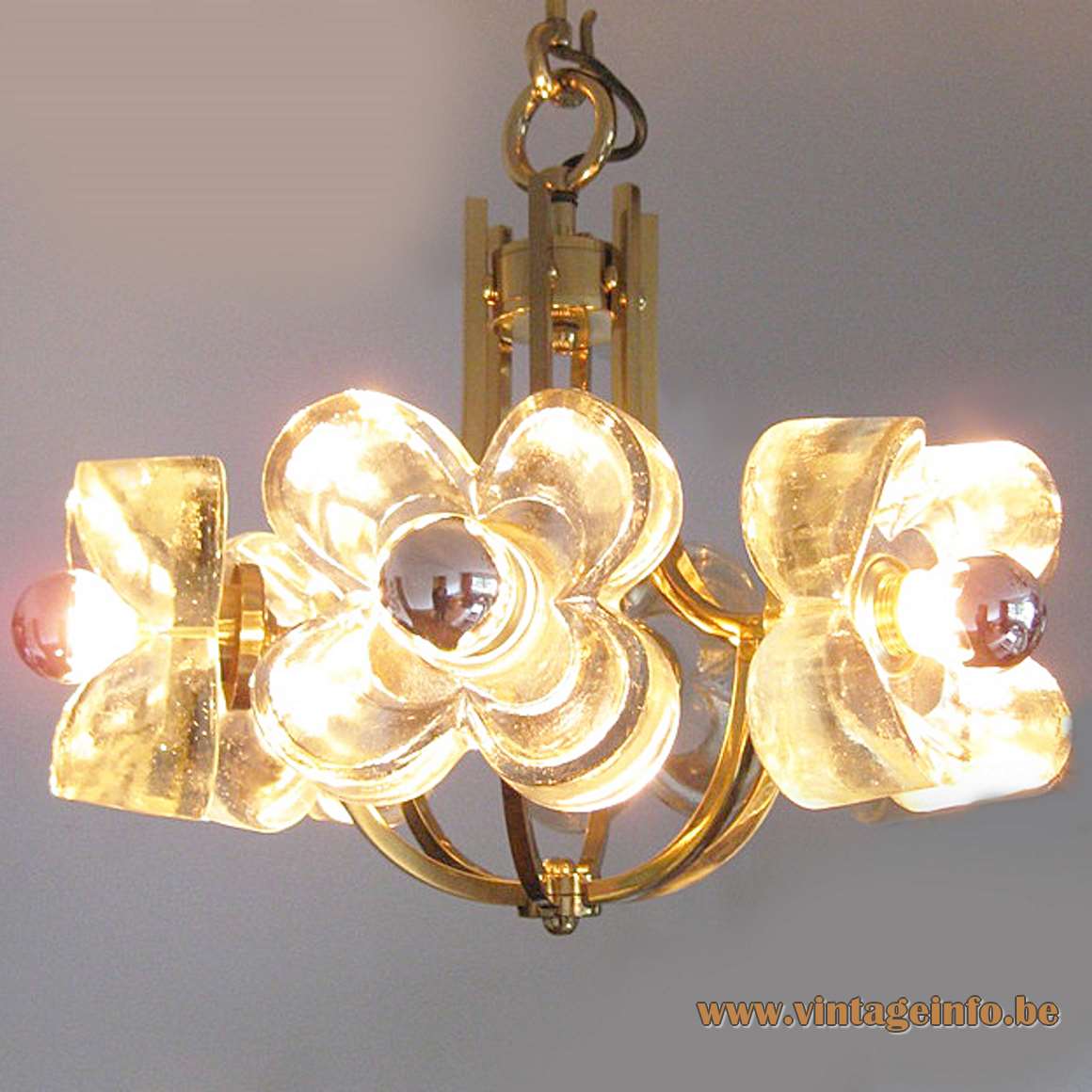 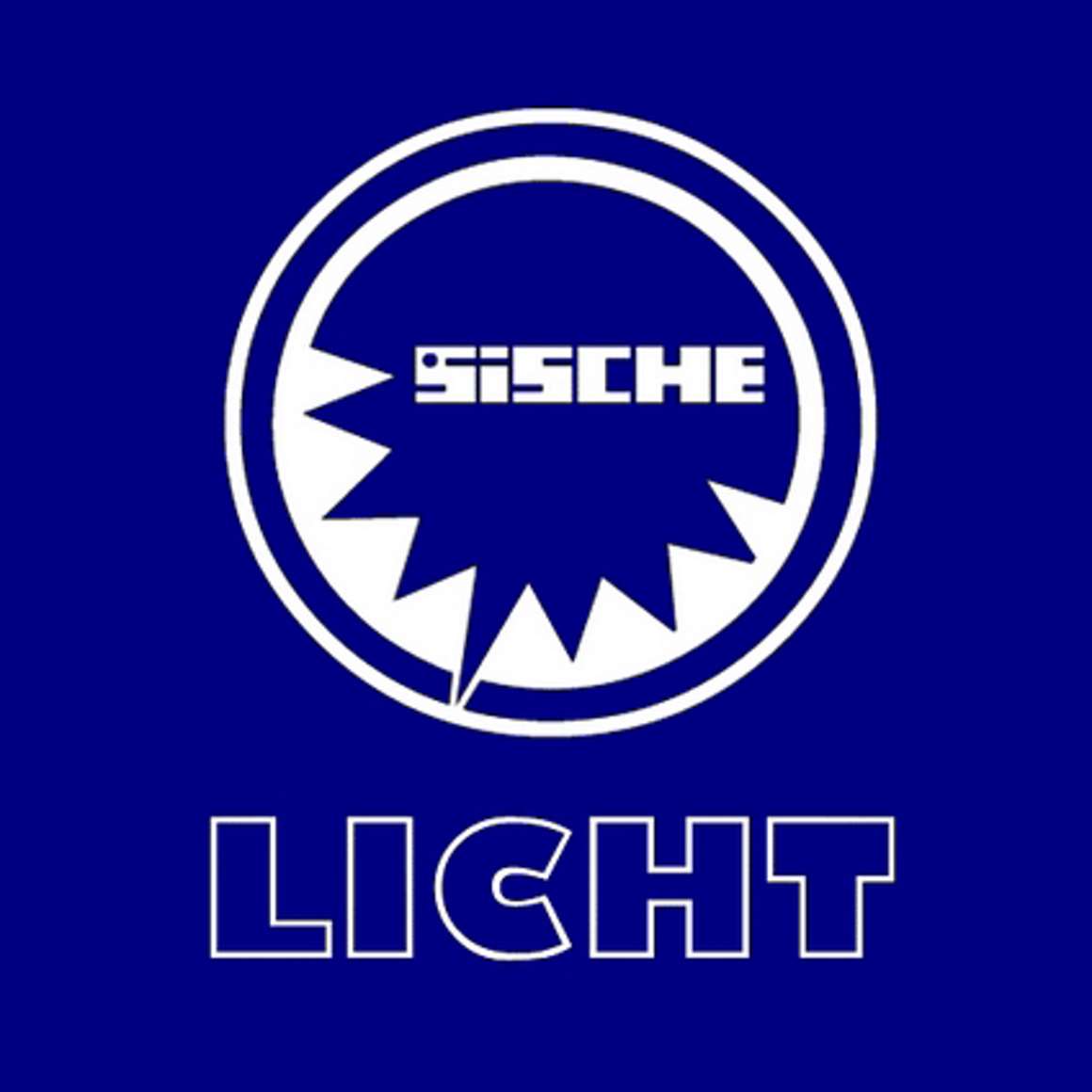