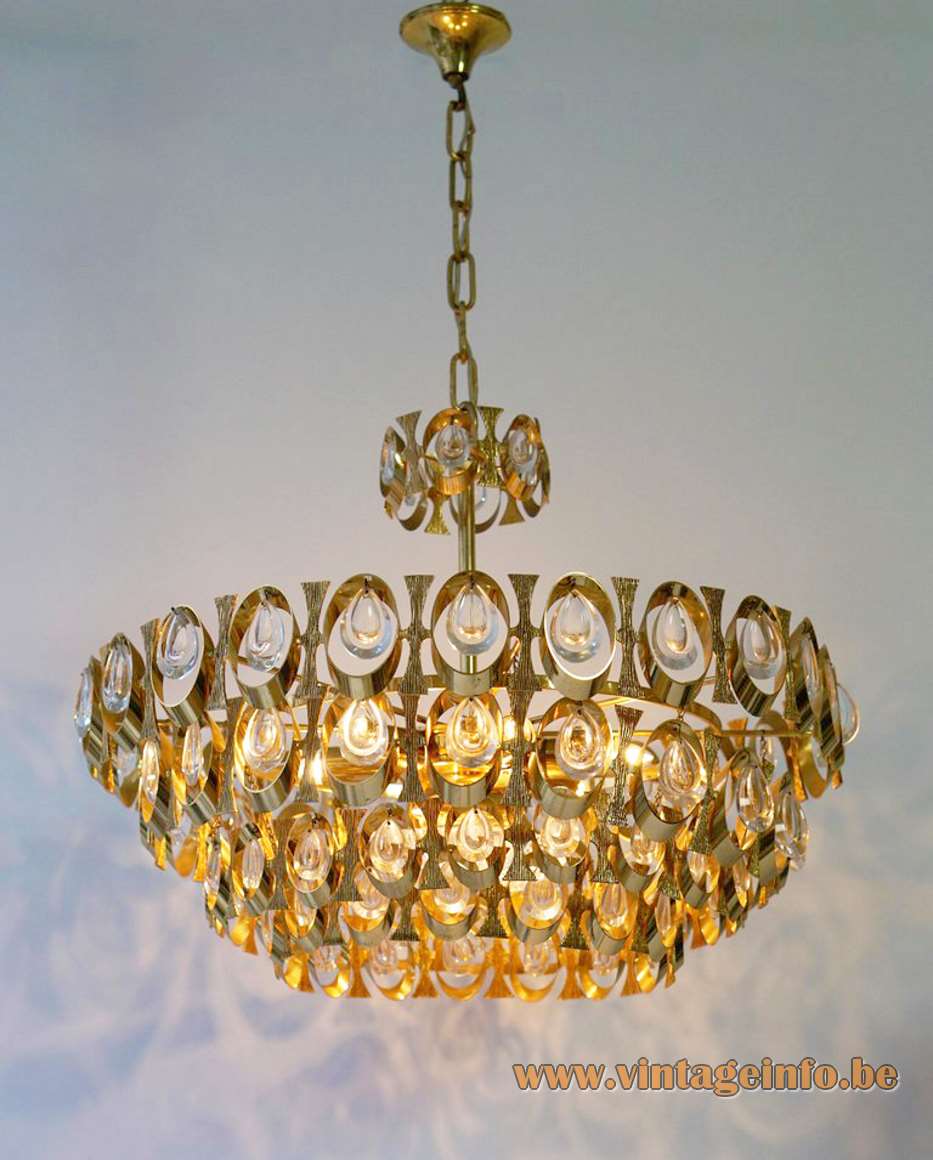 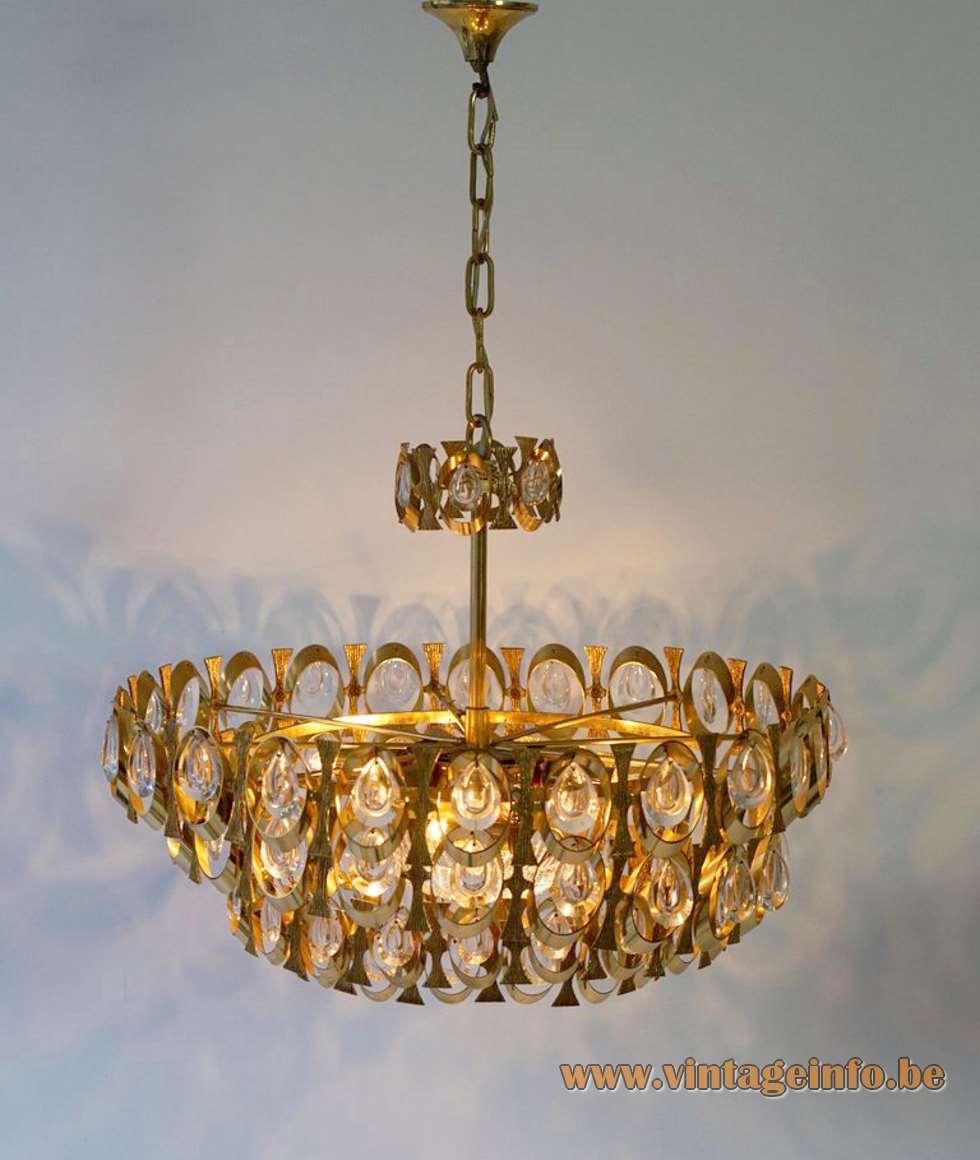 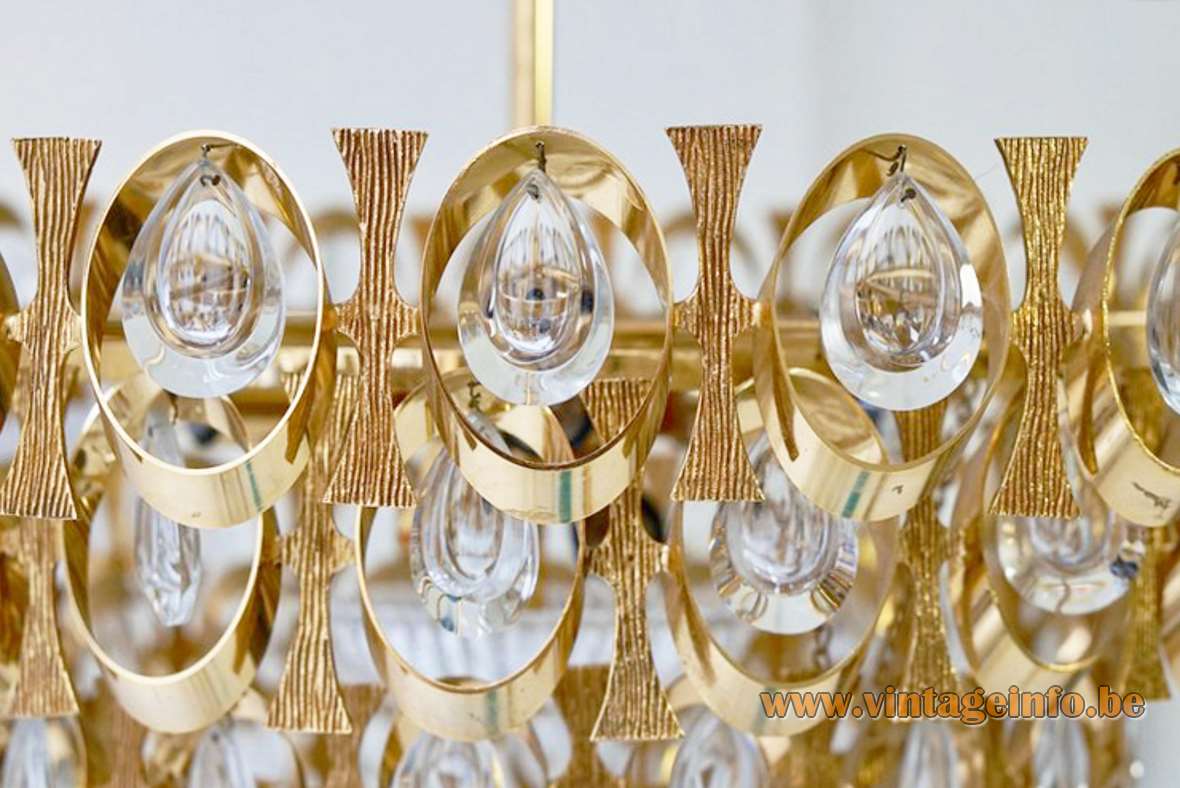 Other versions: This type of Palwa brass and glass chandelier was made in slight variations and sizes. Palwa made many lamps in this style. All made with oval rings or circles.