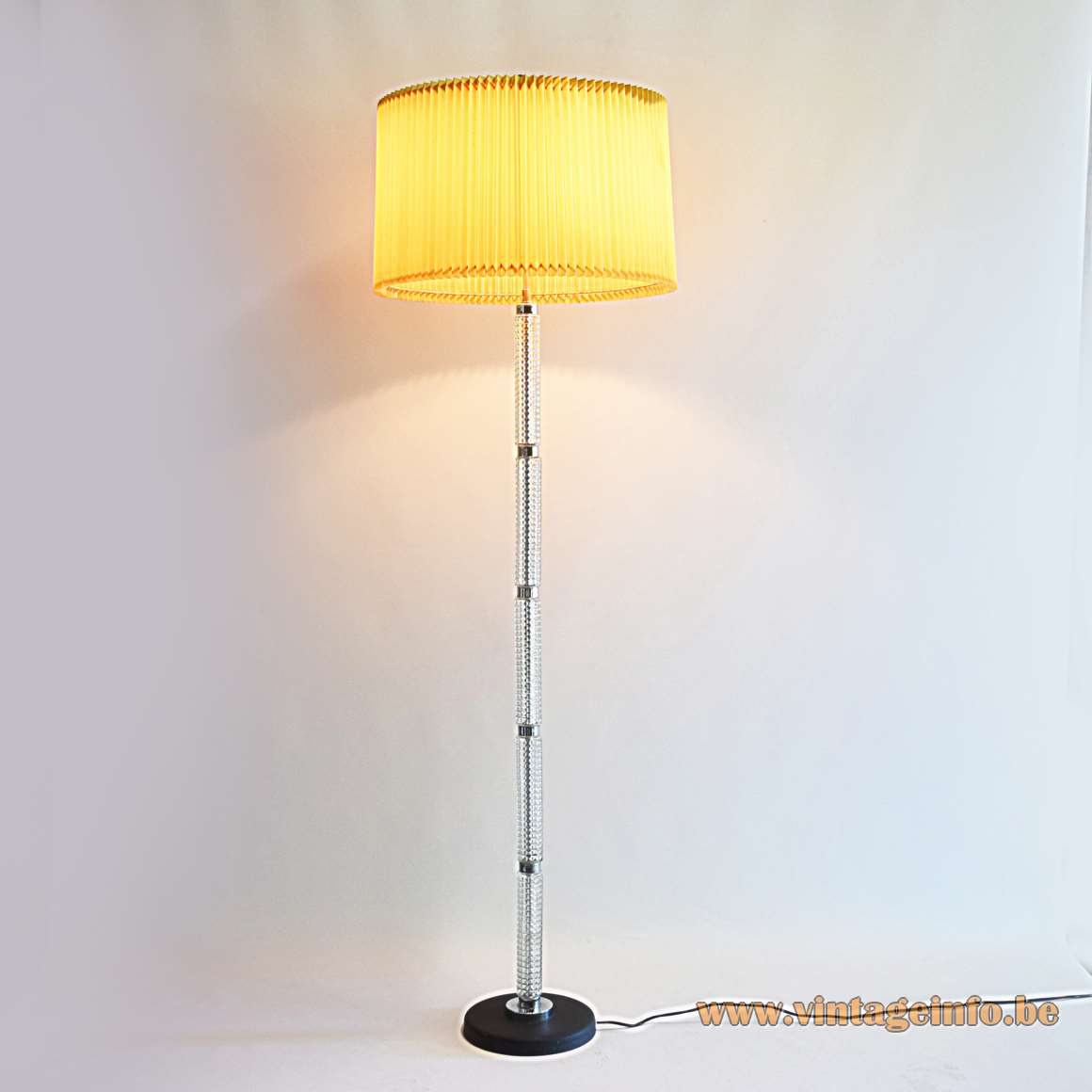 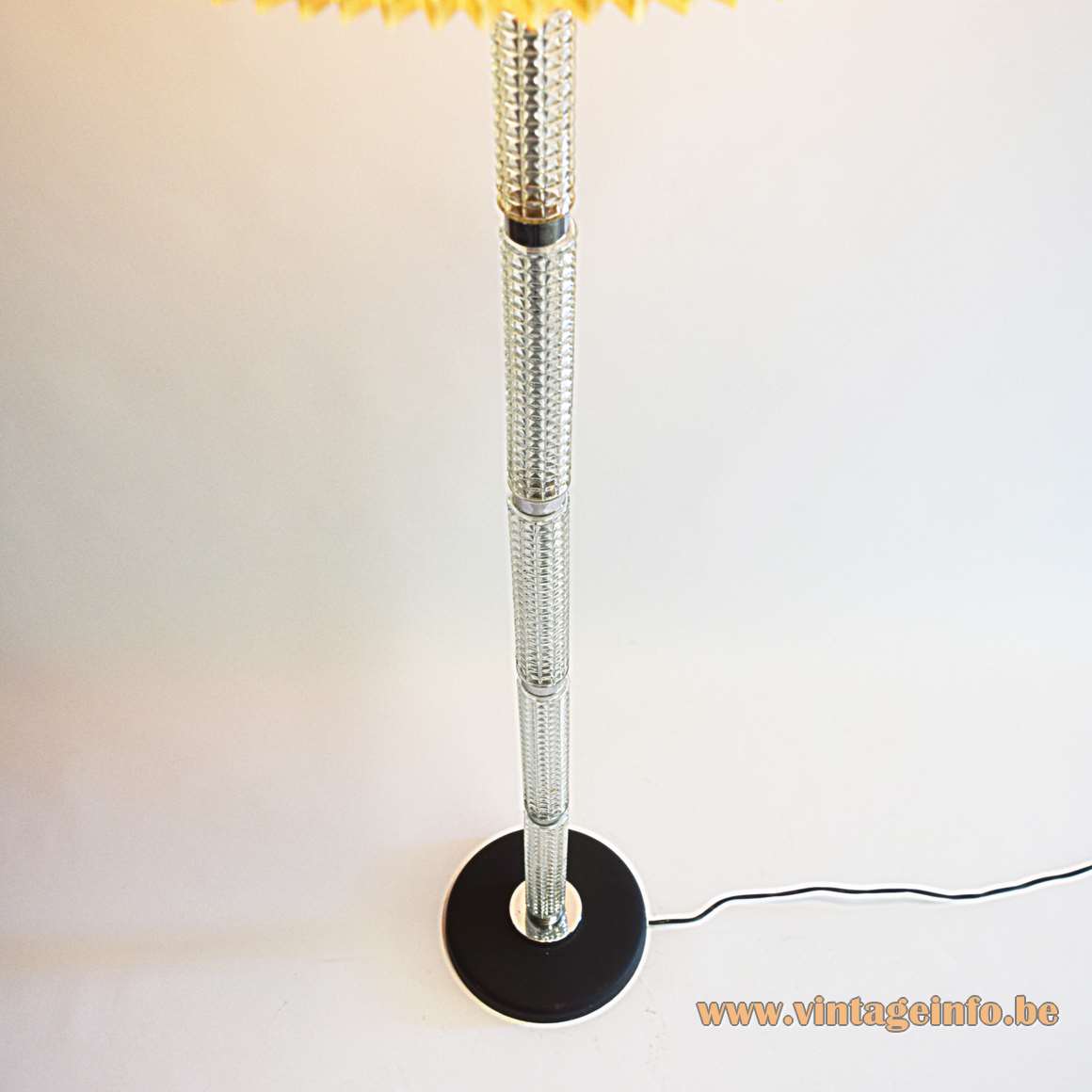 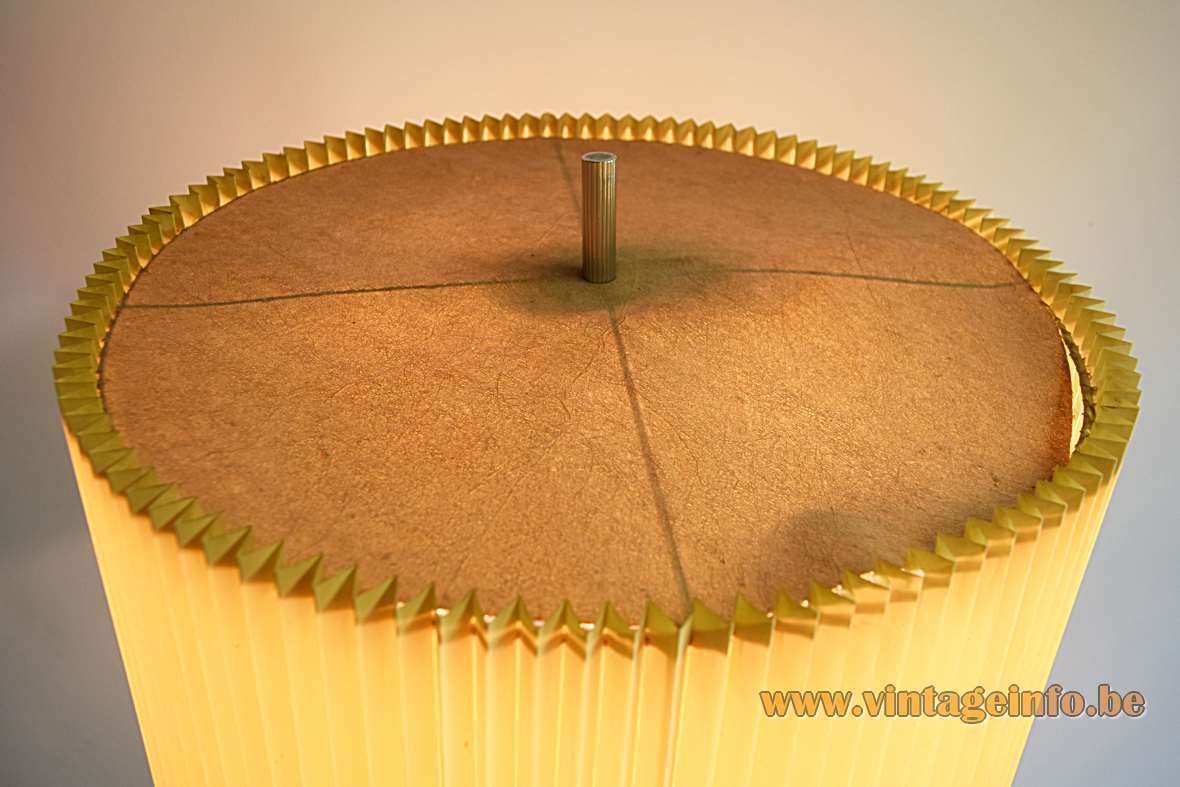 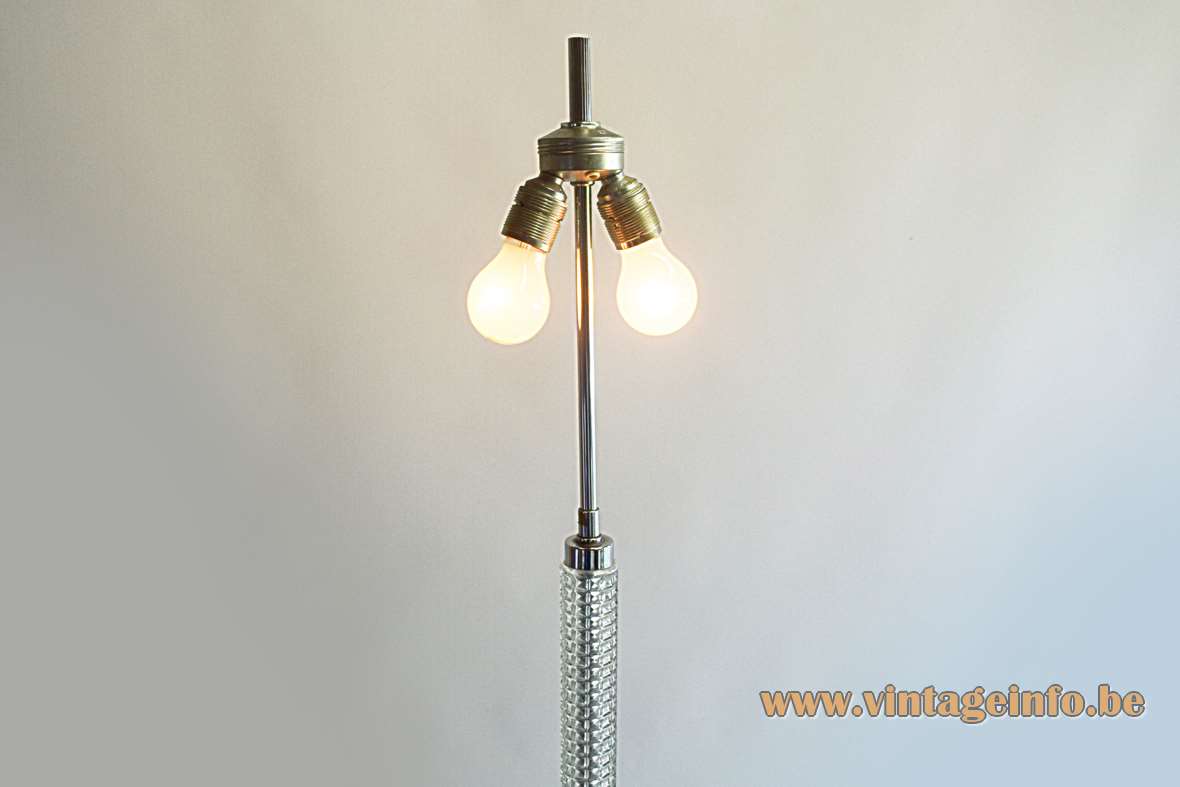 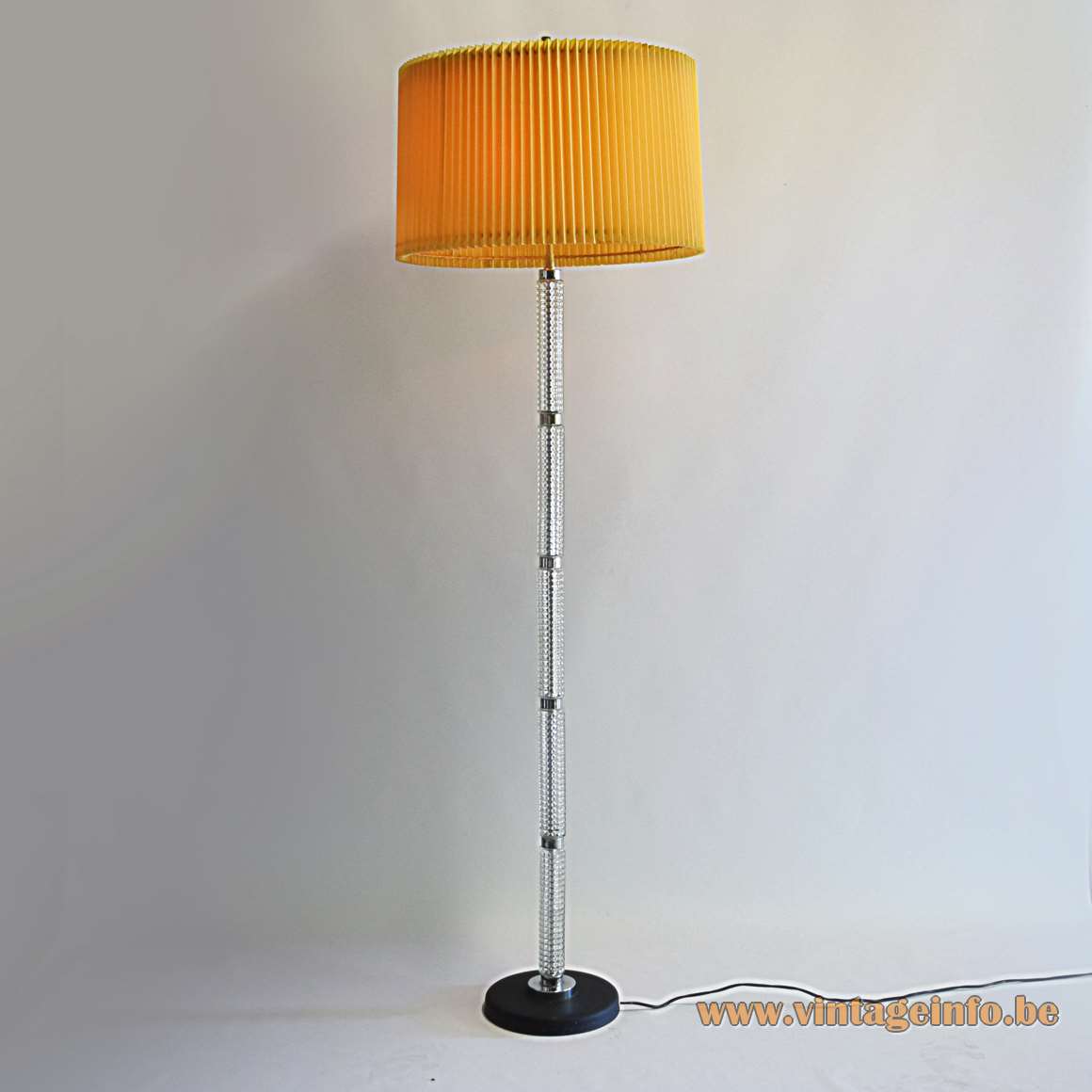 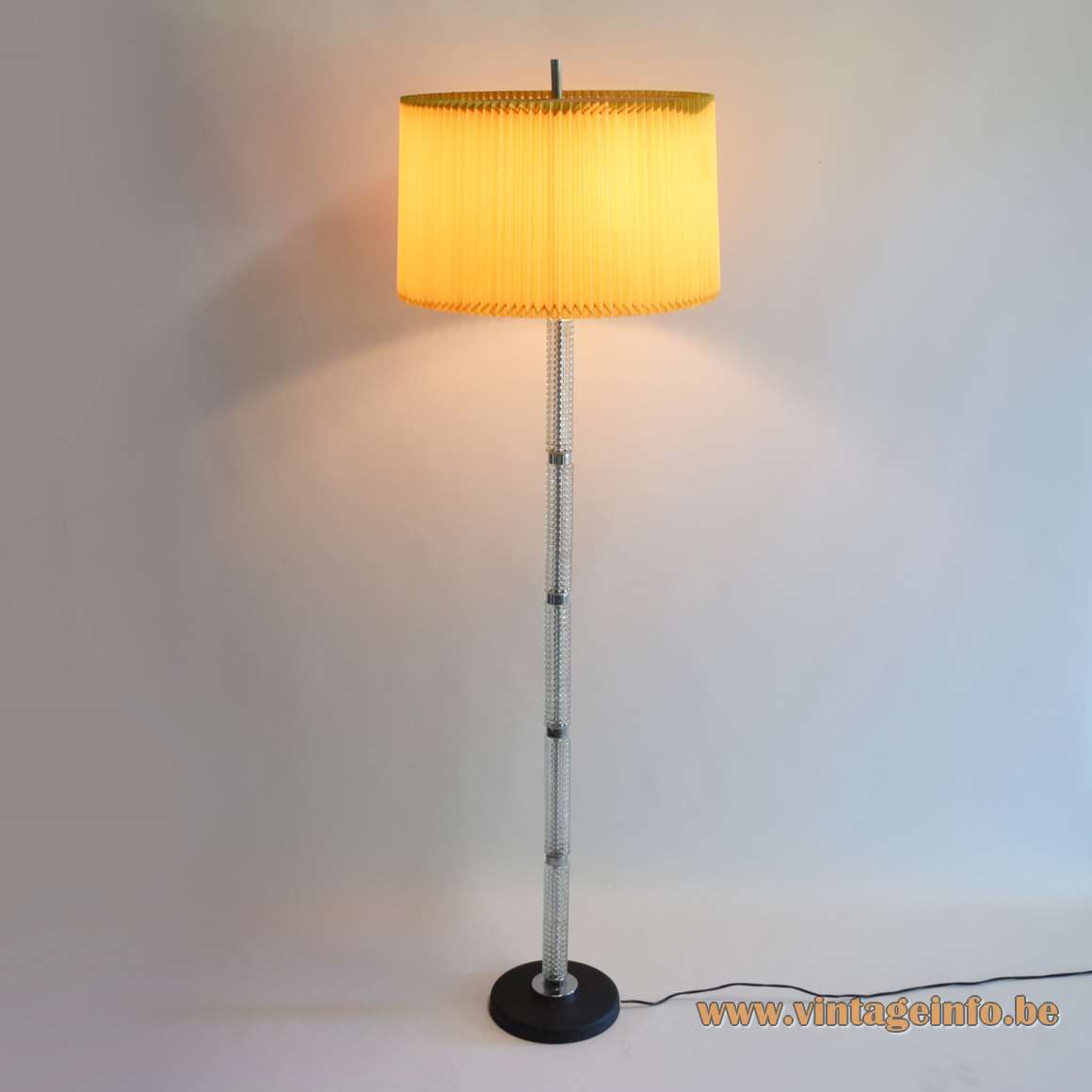 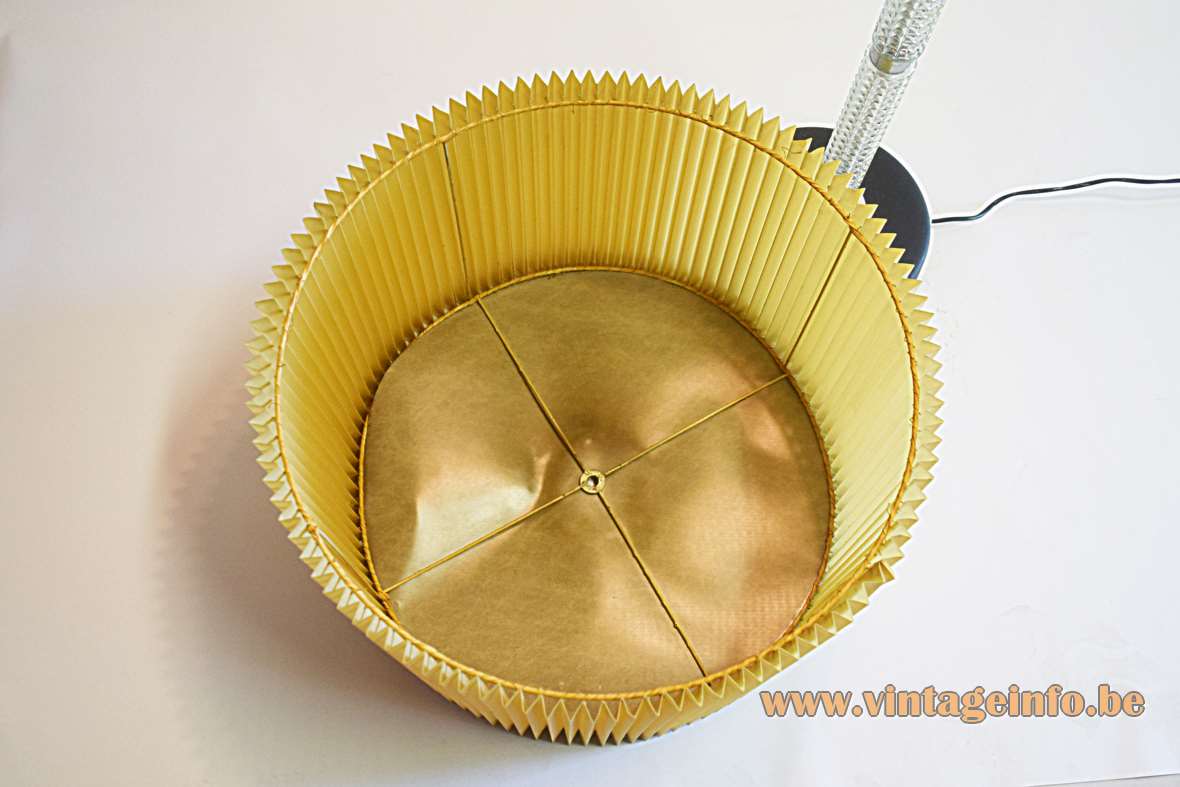 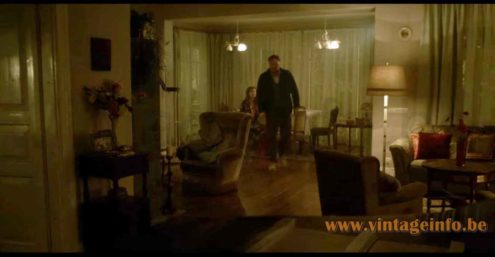 Other versions: This 1970s glass tubes floor lamp exists as a table lamp and was produced with several different lampshades. Made in some variations. It is not certain if this lampshade is original.

The Richard Essig company from Besigheim also sold these lamps. Richard Essig was a wholesale company who bought among other things old stocks.  Essig sold lamps made by Staff, Disderot, Massive and several other companies, labelled with Richard Essig – Besigheim.

Similar lamps were made by Berman and Kaiser Leuchten.  Kalmar Franken from Austria and Orrefors from Sweden also produced lamps in this style.

The electric parts of this floor lamp were made by BJB. BJB is Brökelmann, Jäger and Busse, BJB GmbH & Co. KG. The BJB company was founded in 1867 and started with petroleum lighting. The company still exists. Today they produce LED lamps, terminal blocks and connectors, lamp holders for conventional lighting and switches. They are active in the whole world. BJB GmbH & Co. KG is located on Werler Strasse 1, 59755, Arnsberg, Germany.

BJB produced electric parts for companies such as Gebrüder Cosack from Germany, Massive from Belgium and many others.