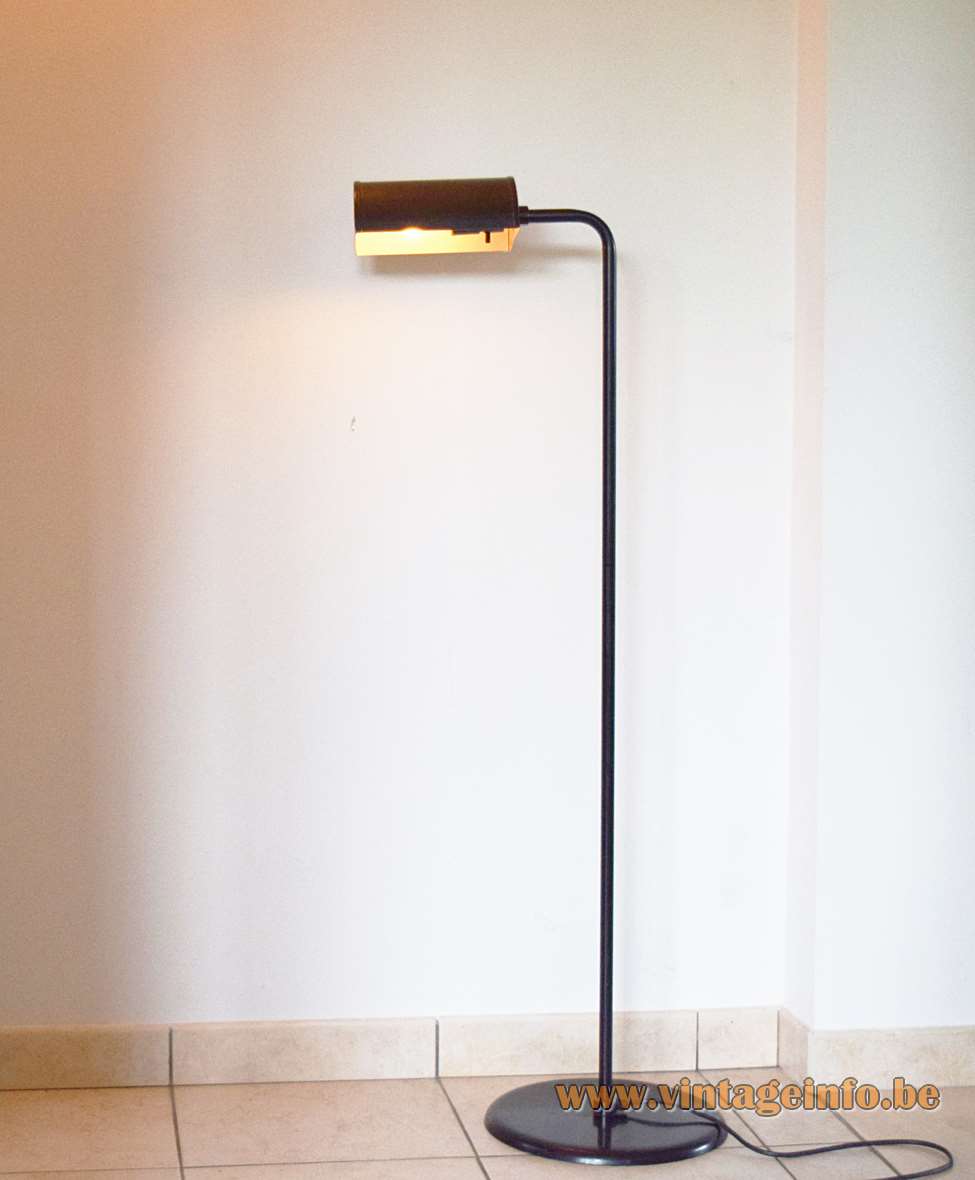 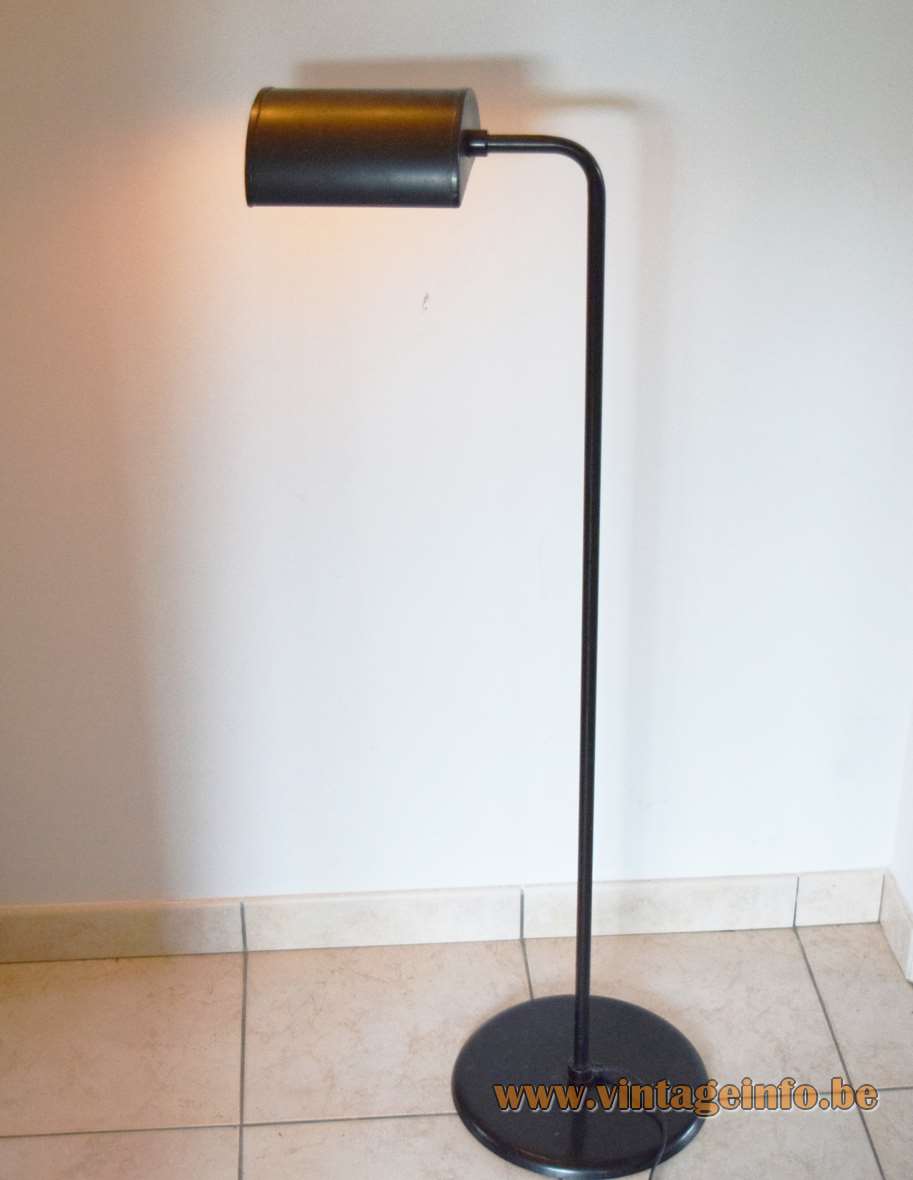 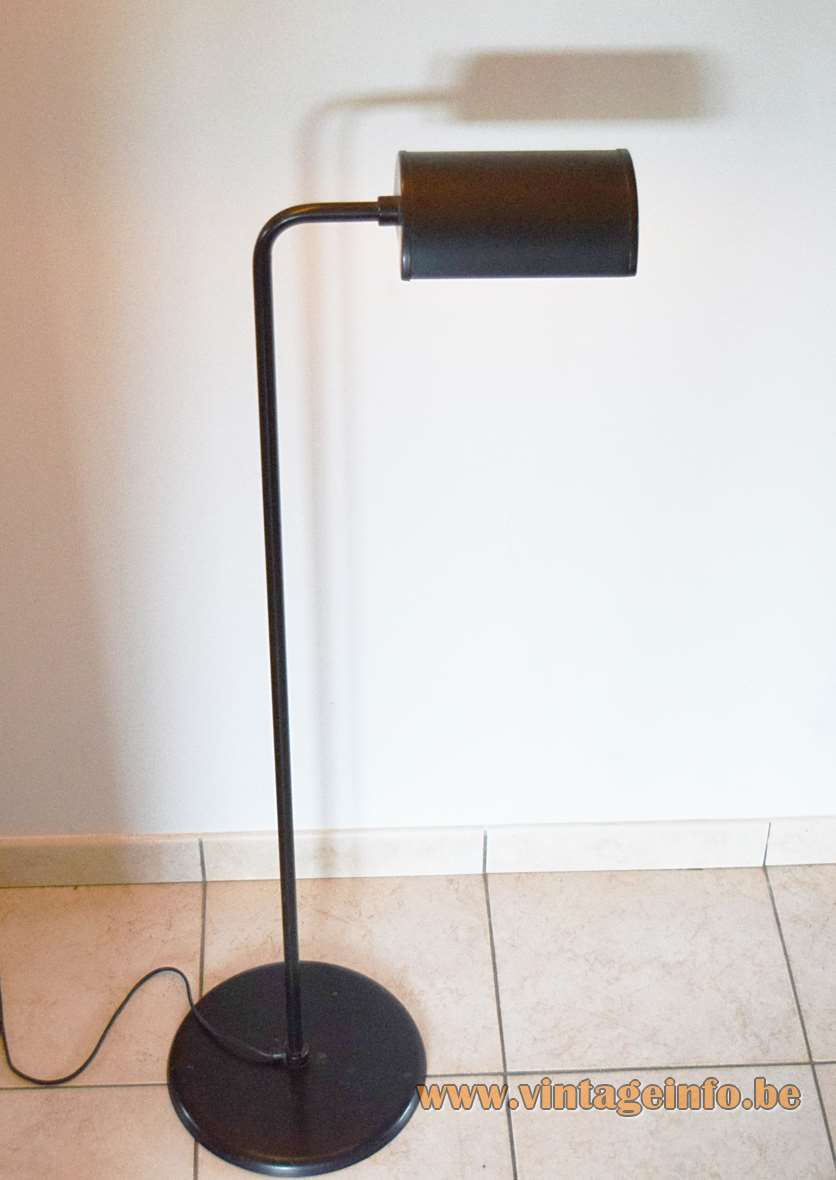 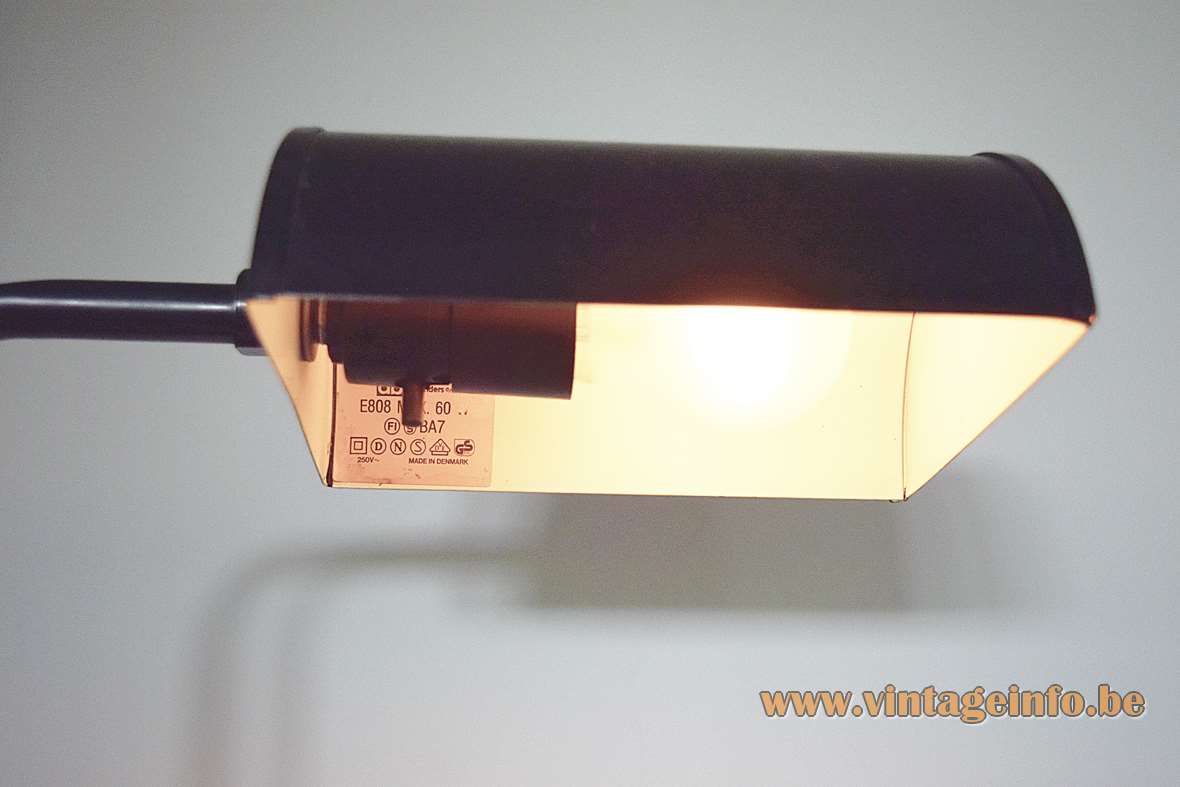 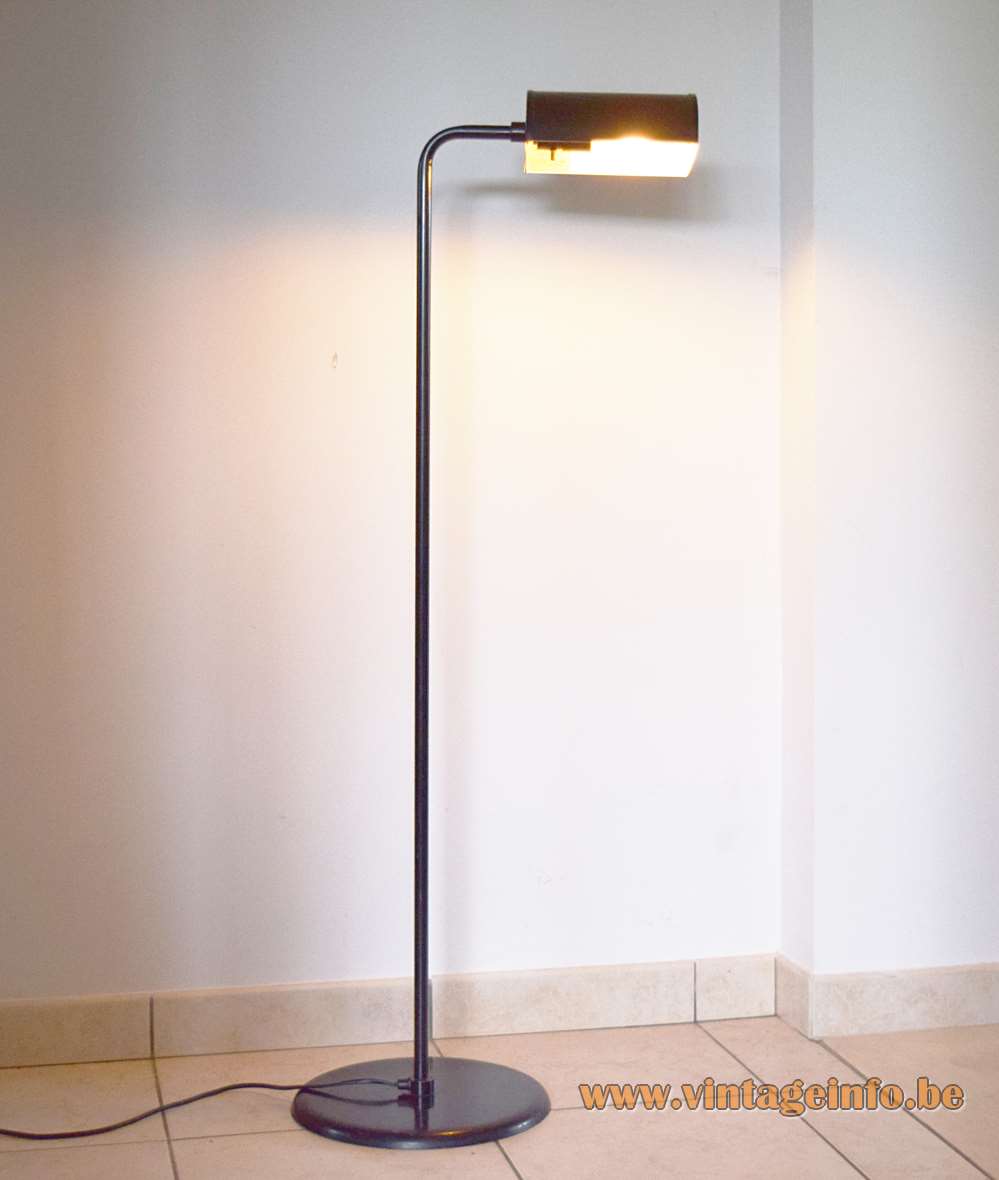 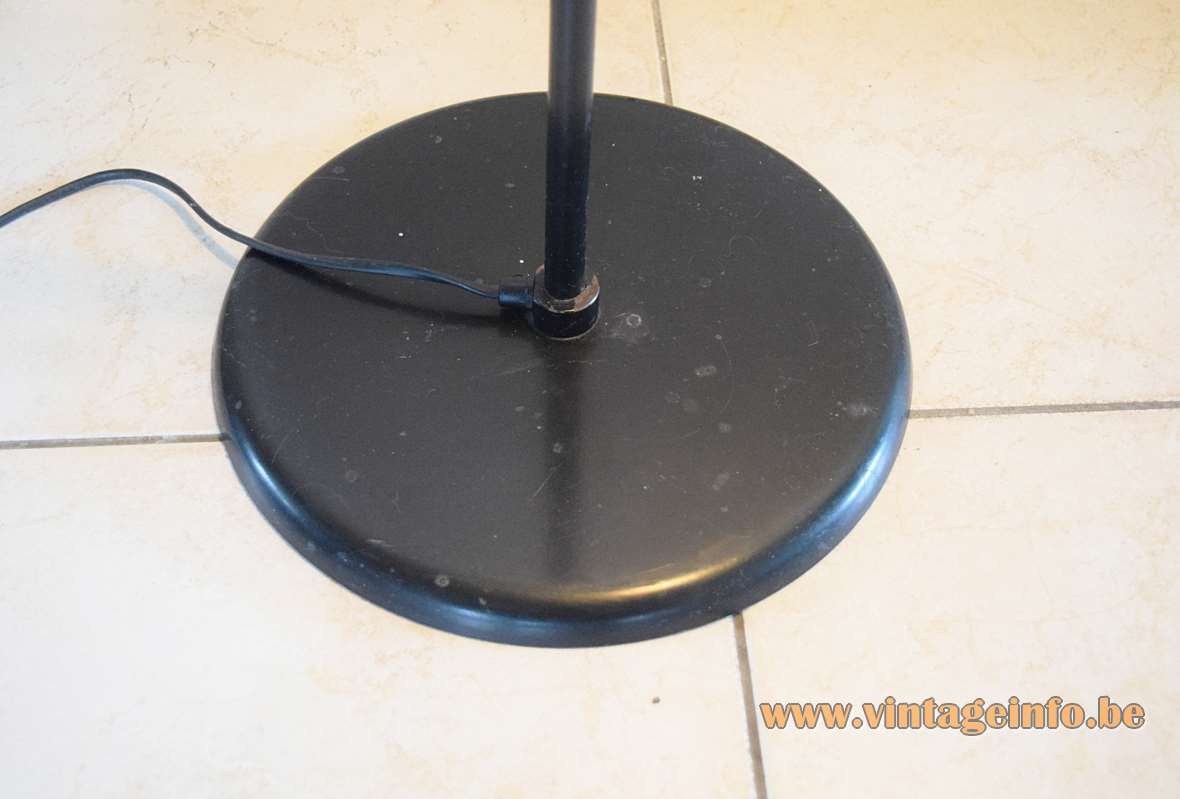 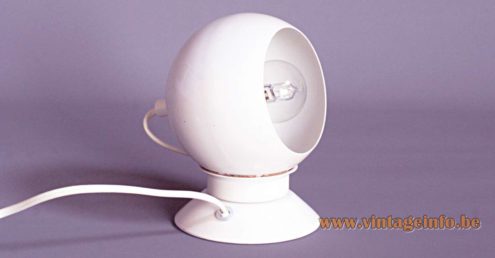 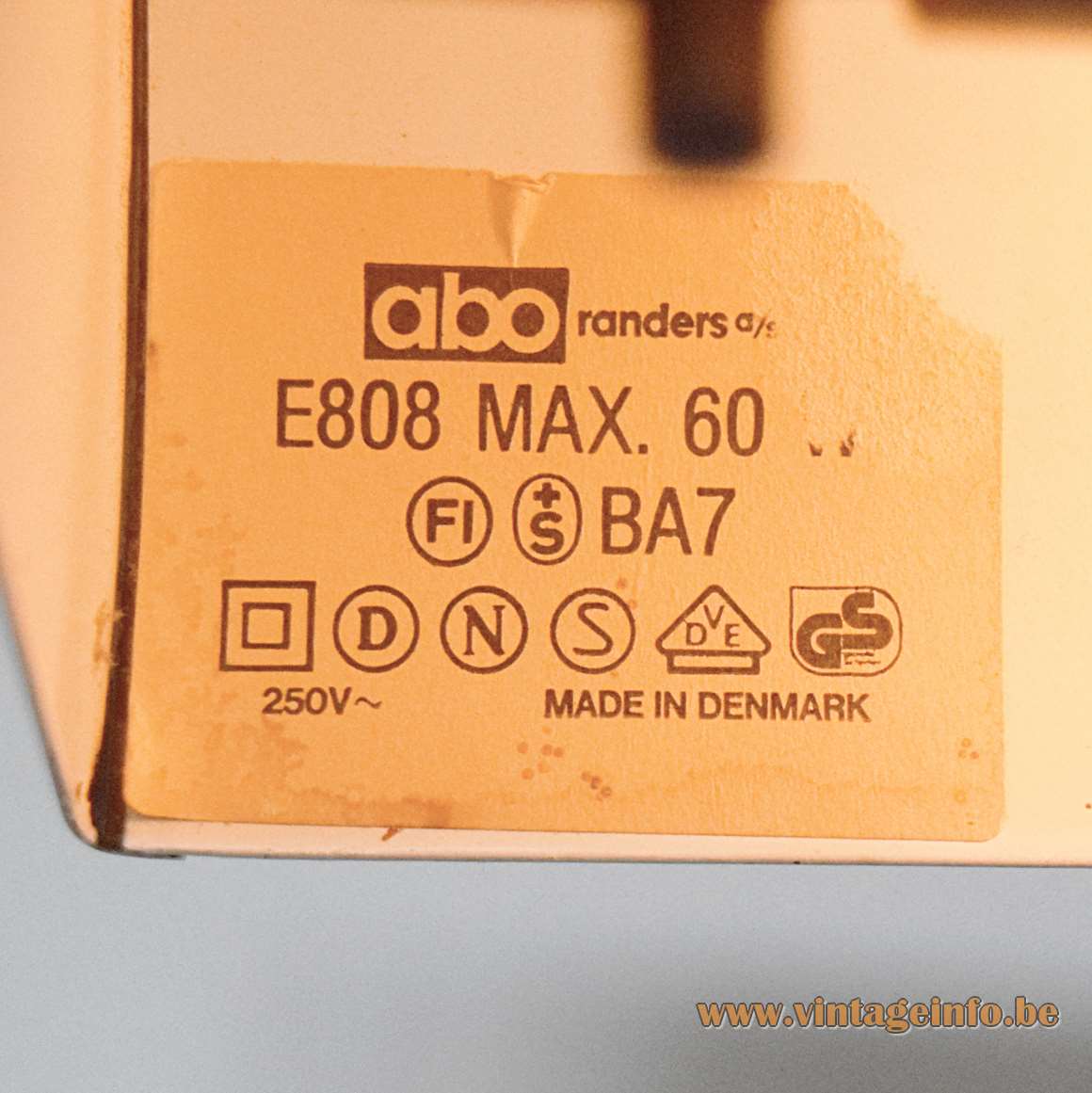 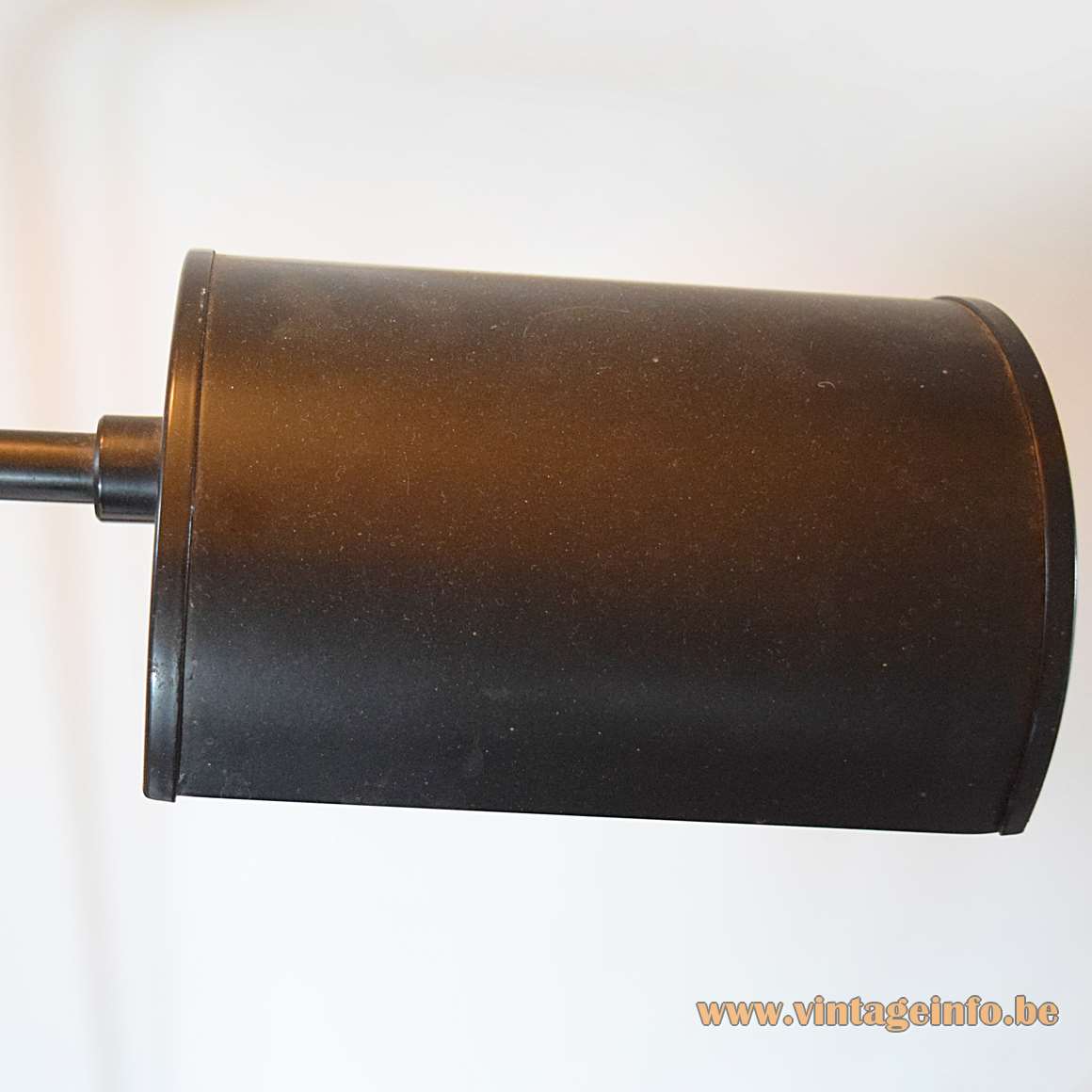 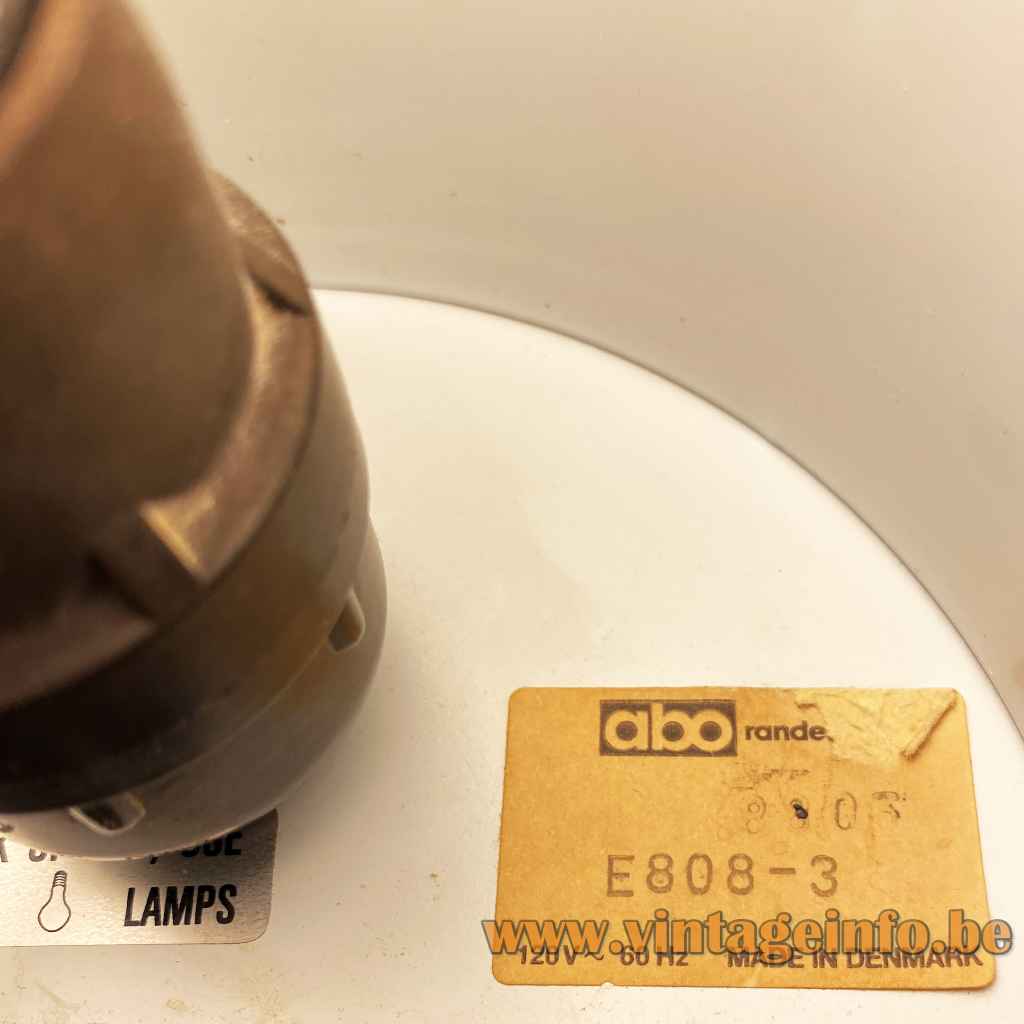 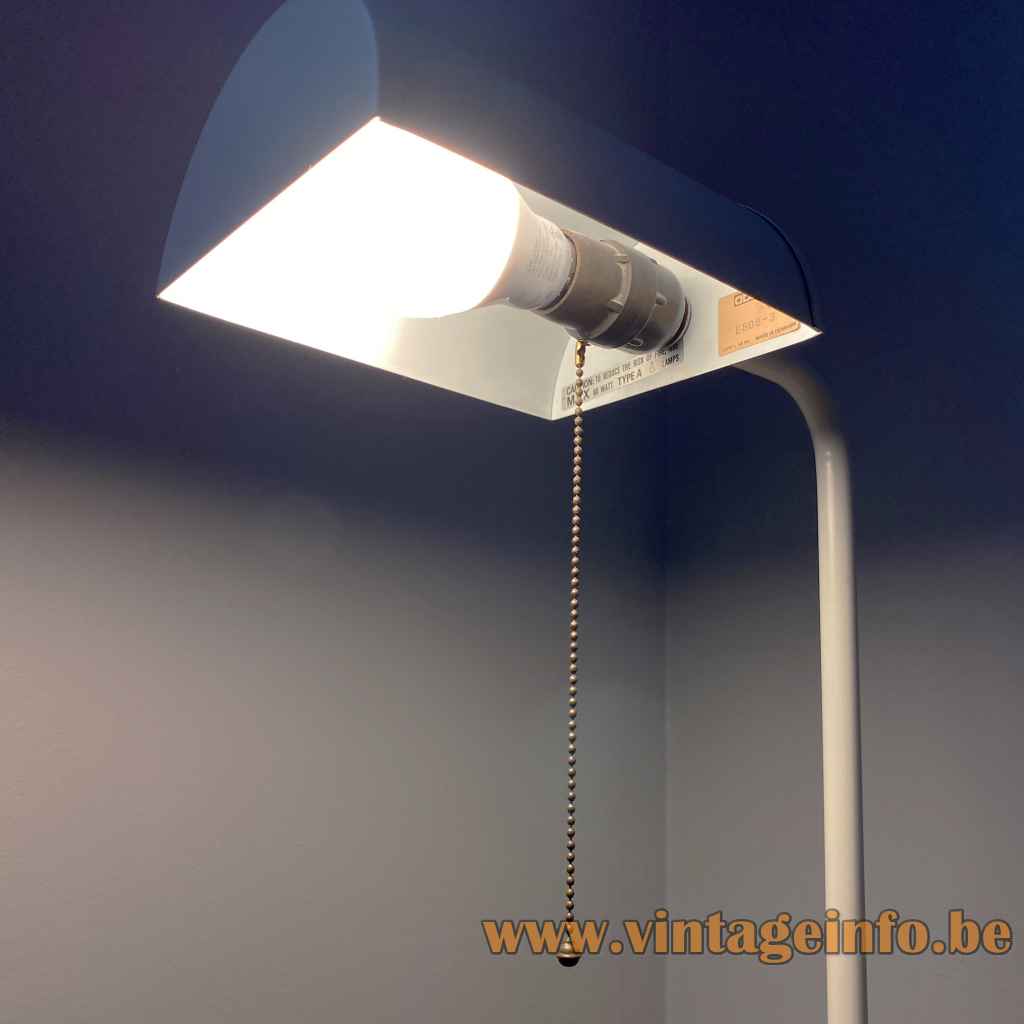 Abo Randers A/S was a lighting company from Aalestrup, near Randers, in Denmark. Founded in the late 1960s and mainly based on one product idea, the Ball magnet wall or table lamp (picture on this page), designed by Benny Frandsen. During the 70s the company expanded their production line with a many other lamps such as this one. Somewhere in the middle of the 1980s, ABO Randers was bought by Lyskær Belysning. For some lamps Abo Randers used joints produced by OMI, a German company.

Also IKEA sold this floor lamp, as shown in catalogues from that period. IKEA sold it for a long time. It appears in catalogues in chrome, black, white & red until the late 80s. They named it the Brutto floor lamp. In 1998 it re-appeared in their catalogue, only for 1 year. 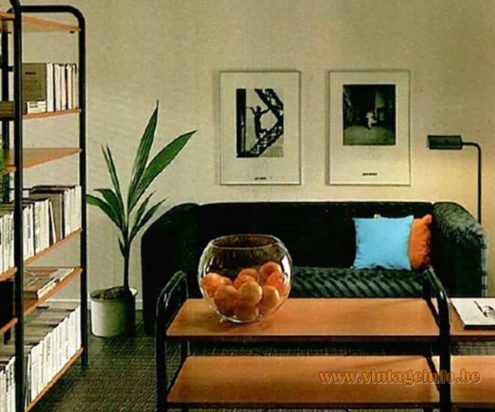 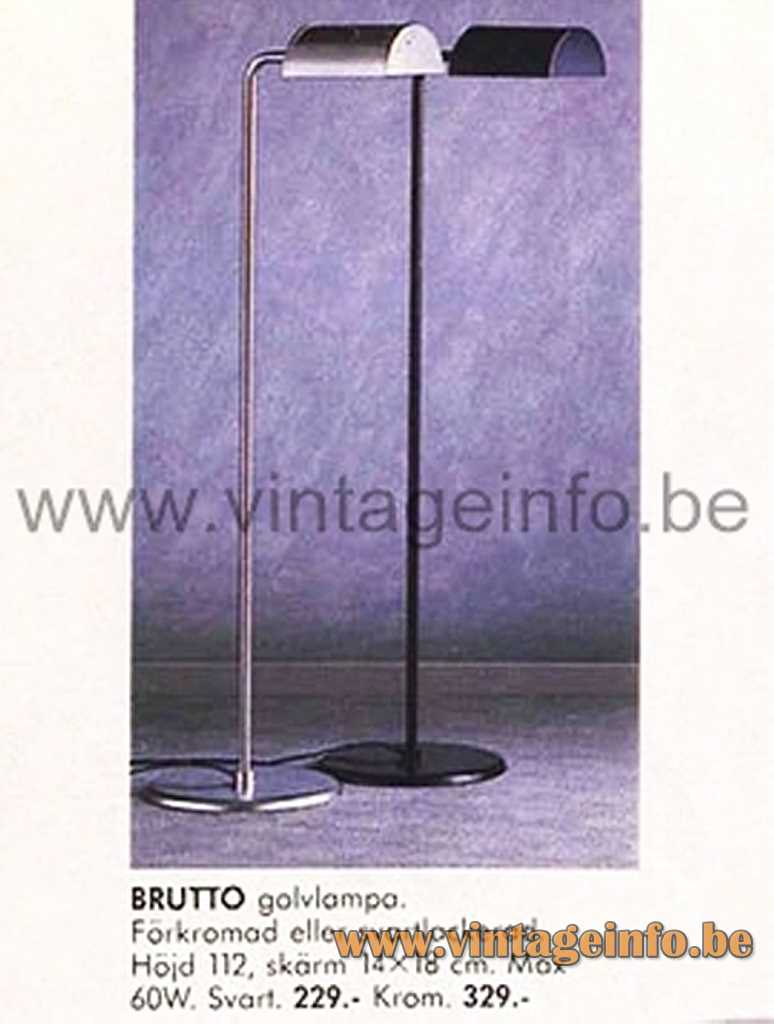 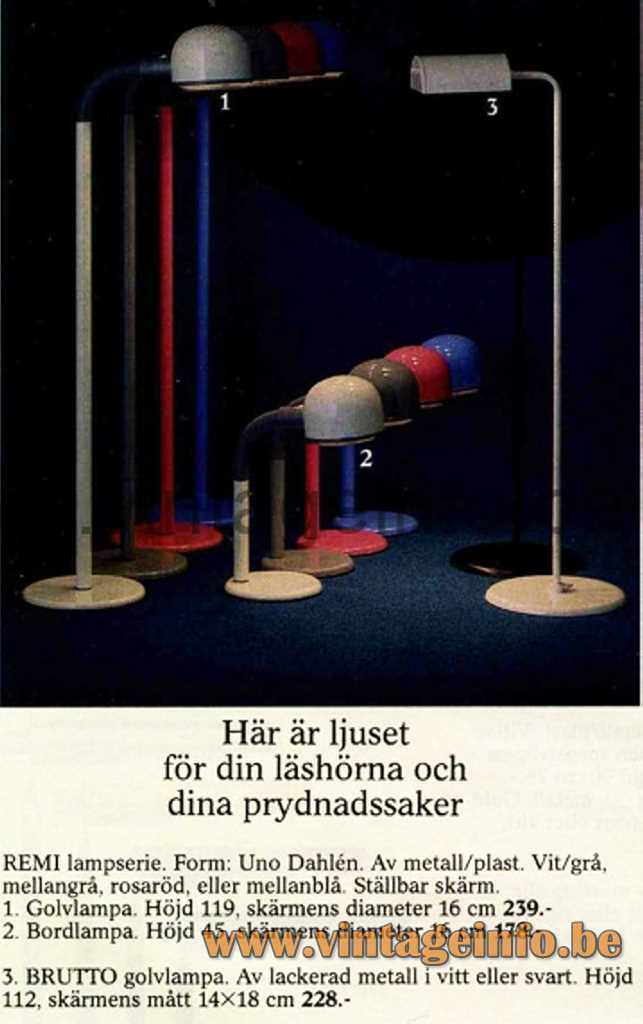 Many thanks to Erin for the pull cord switch photos and all the help.