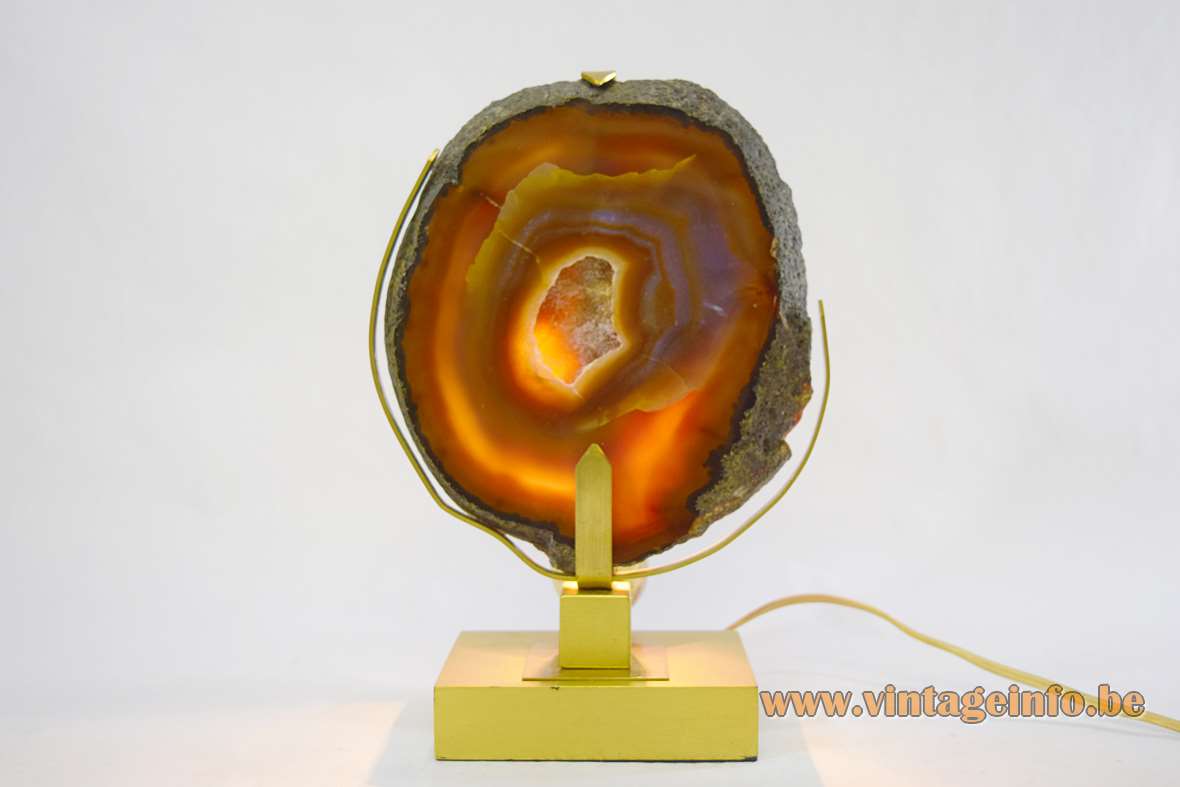 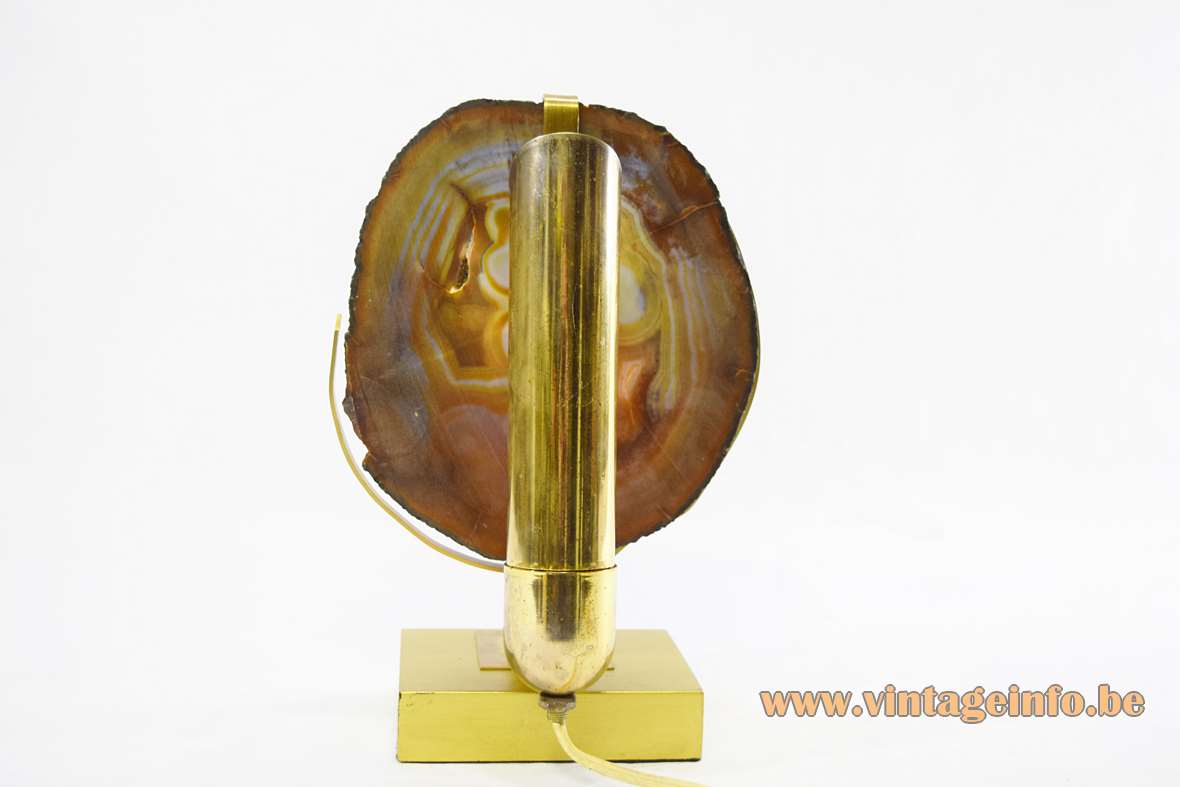 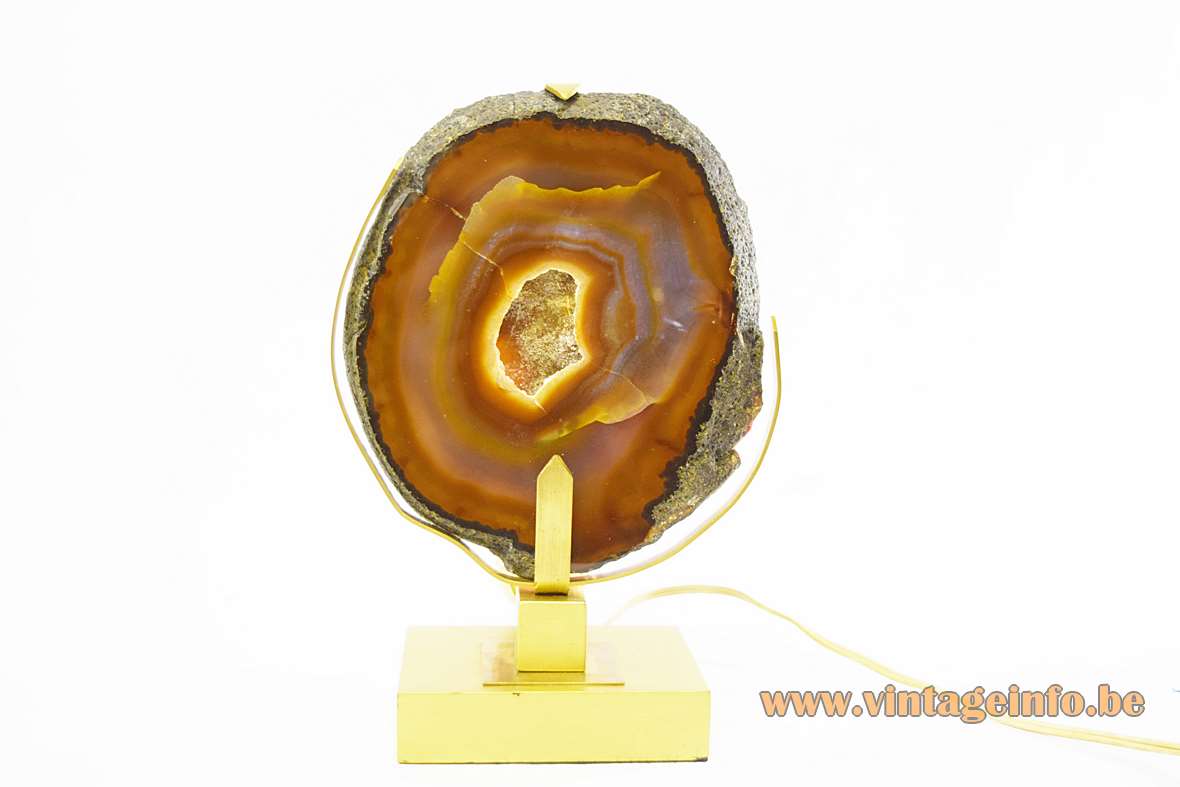 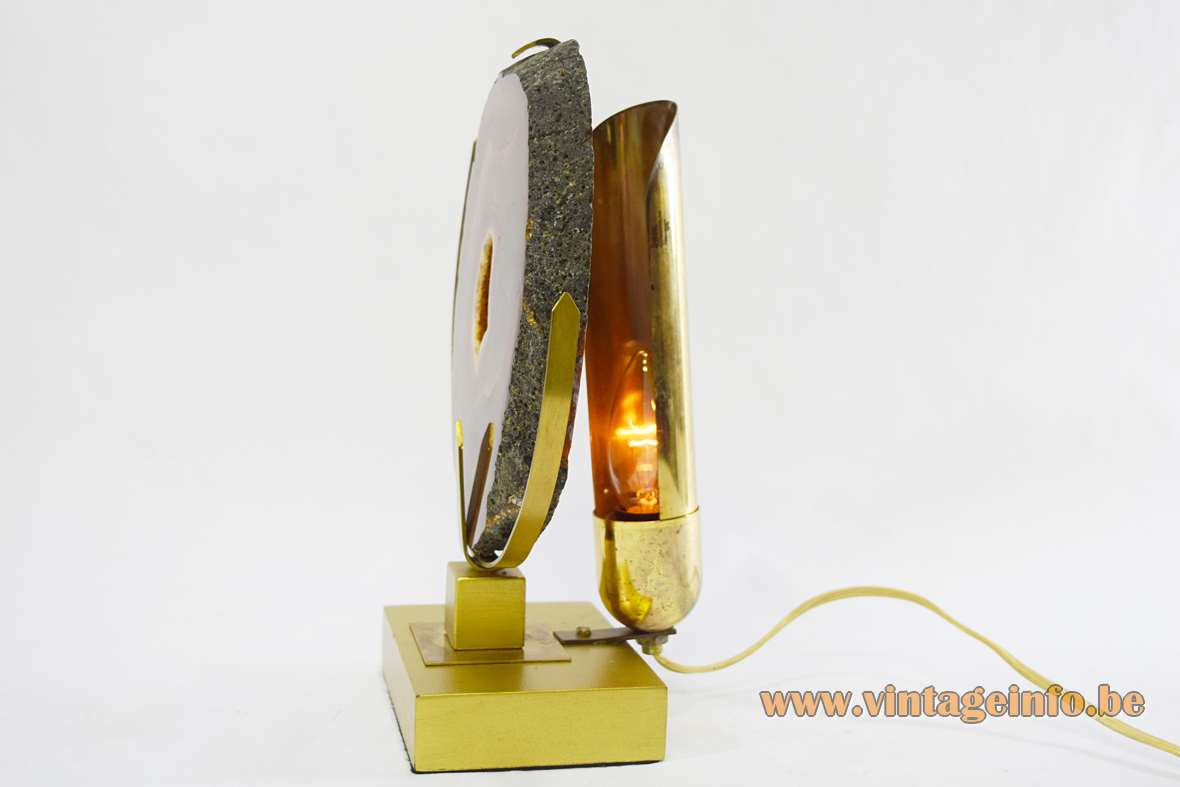 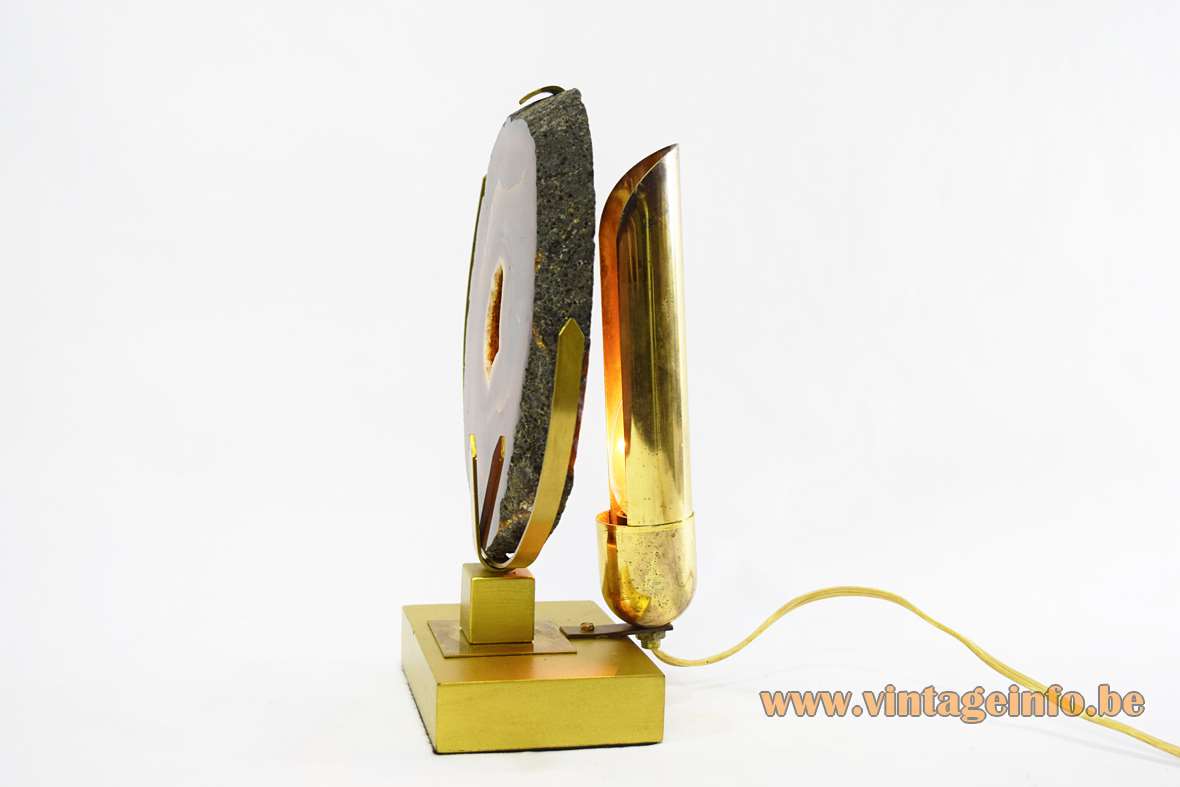 Other versions: This 1970s agate table lamp exists in several sizes and colours. Also made with a lampshade. Probably other minerals, corals and shells were used.

In all probability it is a lamp made by Massive, Belgium.

These lamps are generally attributed to the famous Belgium artist Willy Daro (Les Nouveaux Ateliers Willy Daro SPRL, Brussels, Belgium), but in the beginning of the 1970s several light companies produced these lamps. Often made in Italy, France and Belgium.

Most likely this lamp is not from his factory, though it was bought in Belgium and probably produced in this country. The lamps made by Wily Daro are made in a much higher quality.

Table Lamps made by Willy Daro 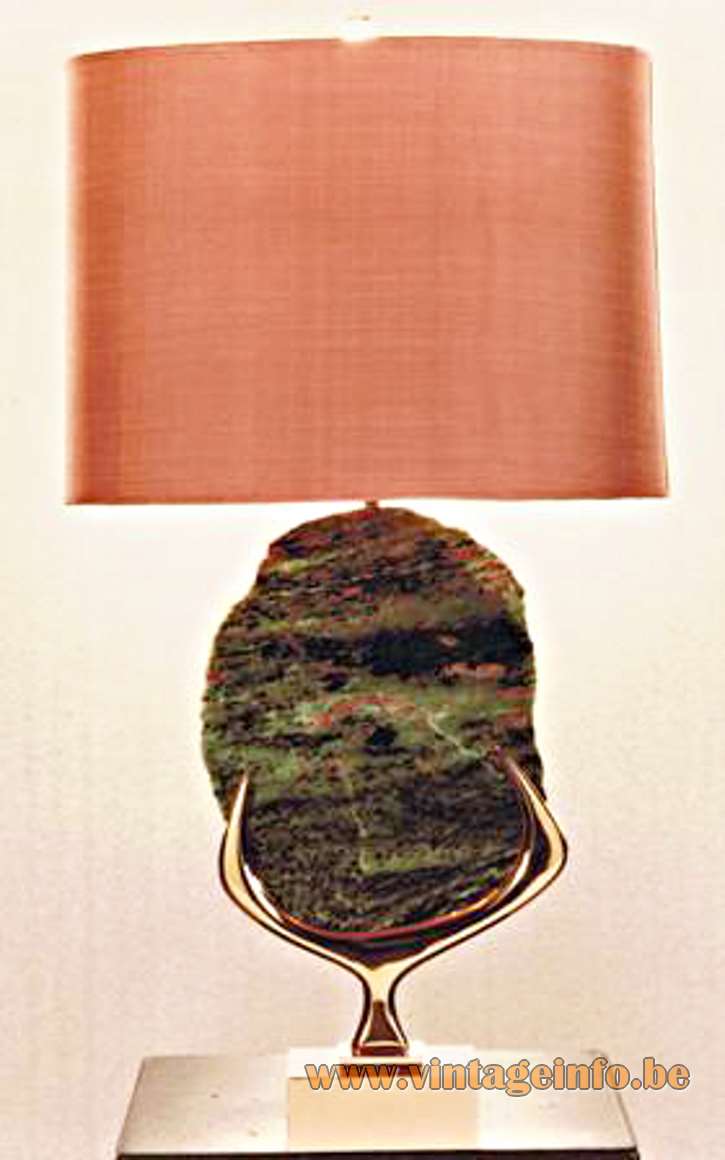 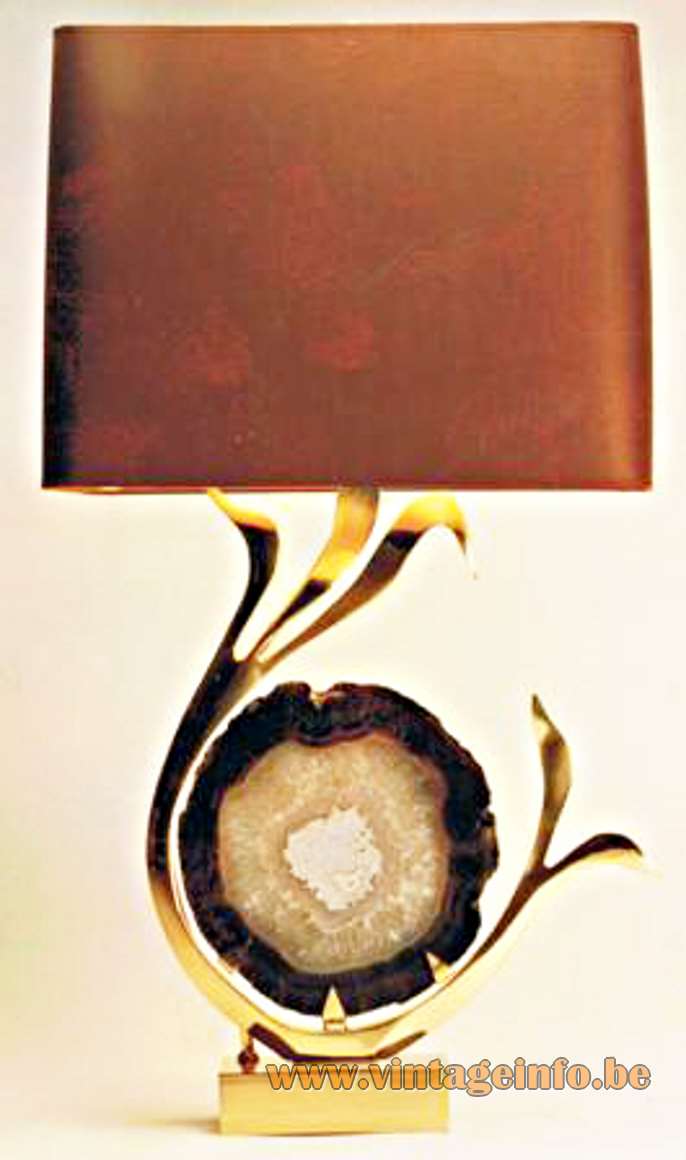