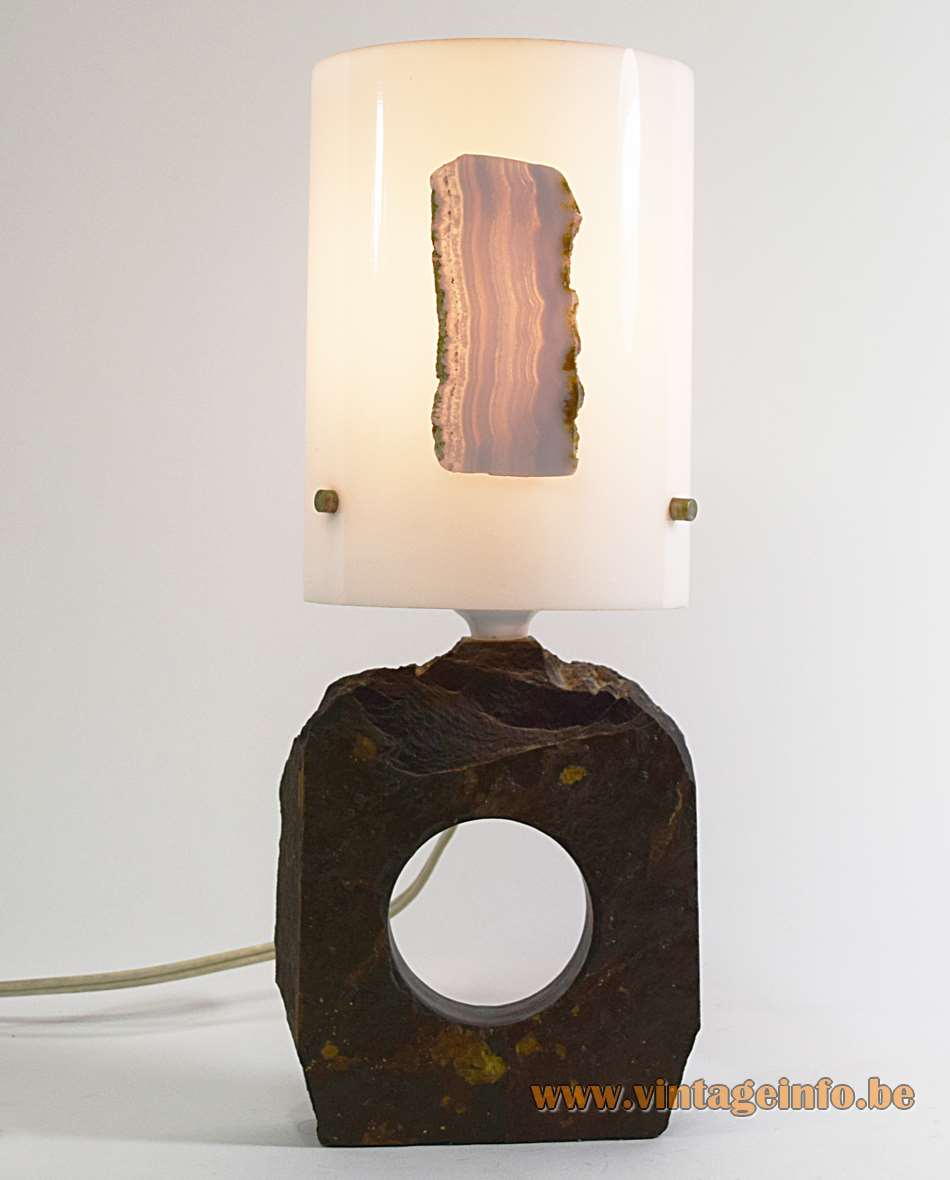 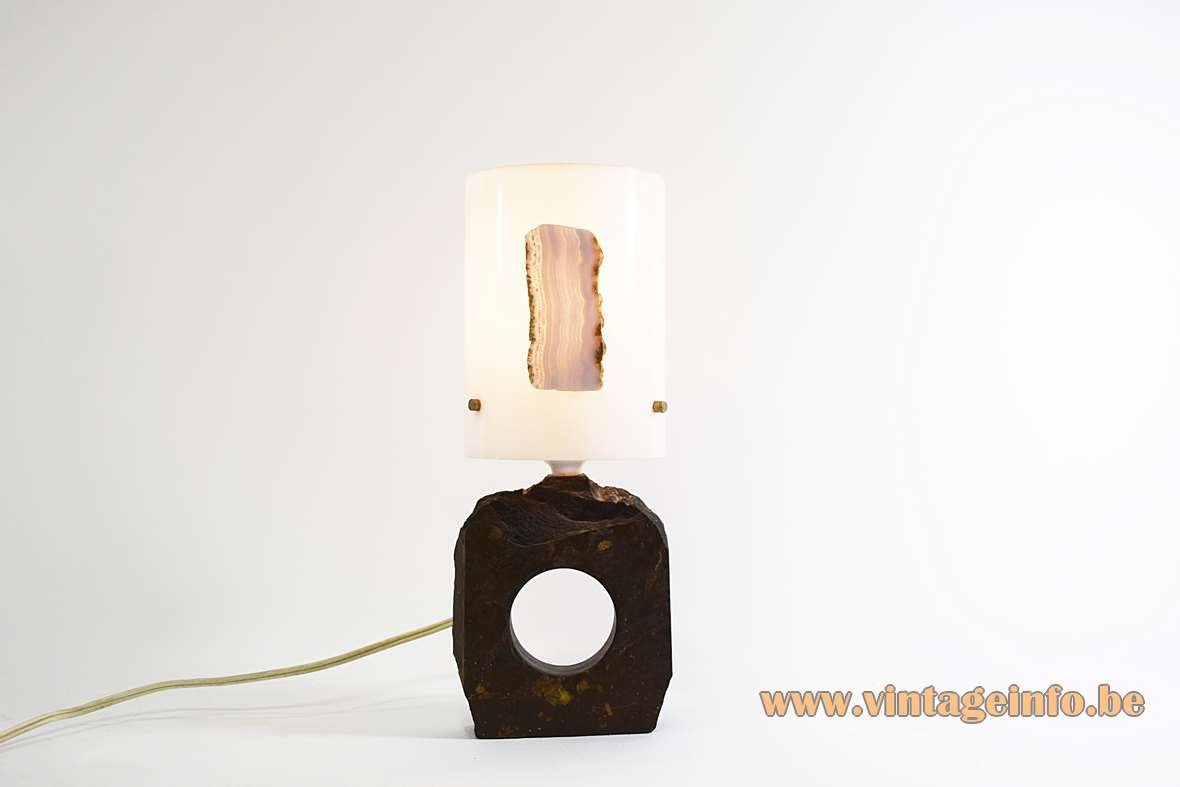 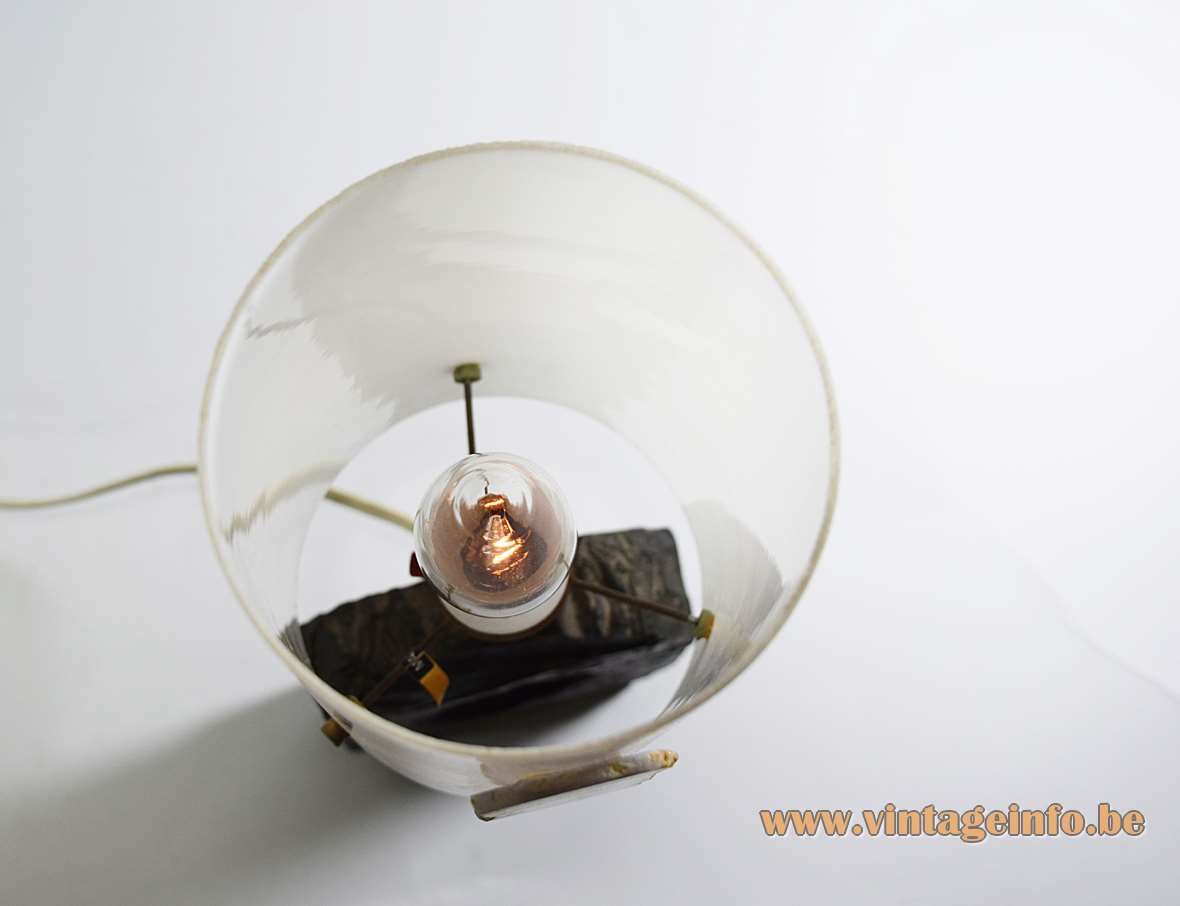 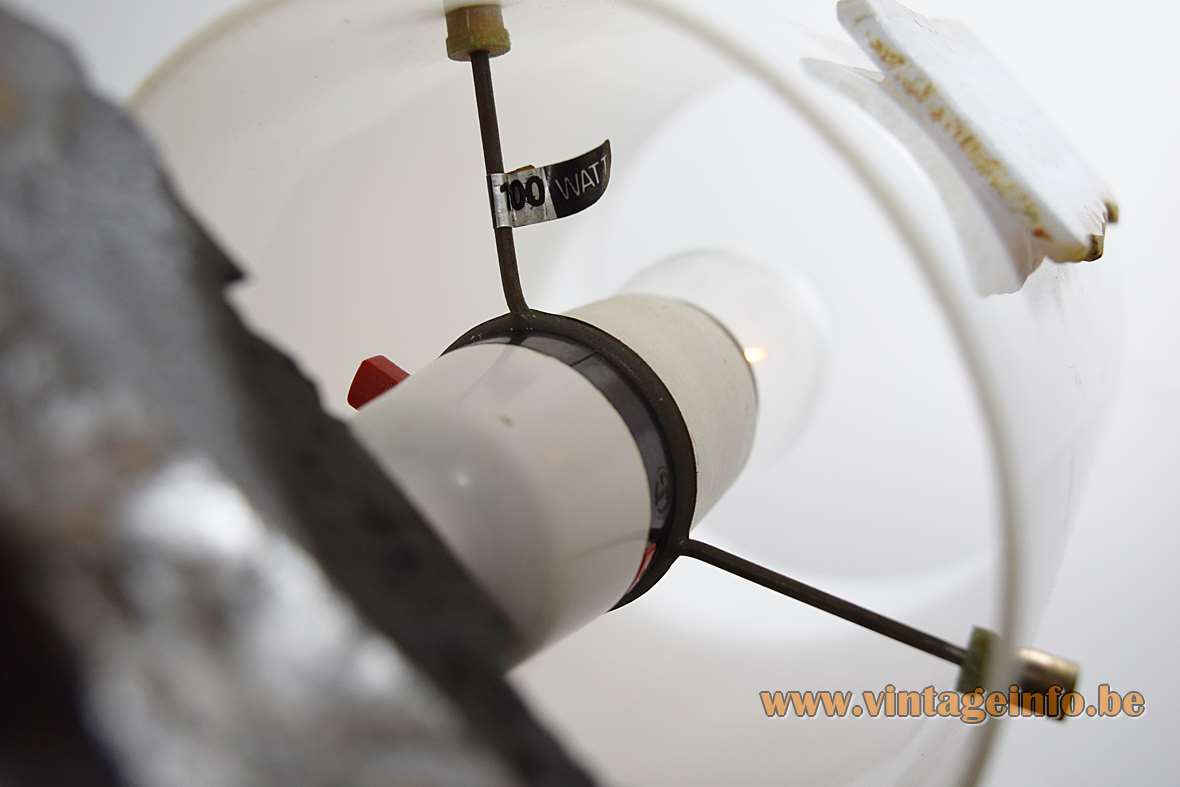 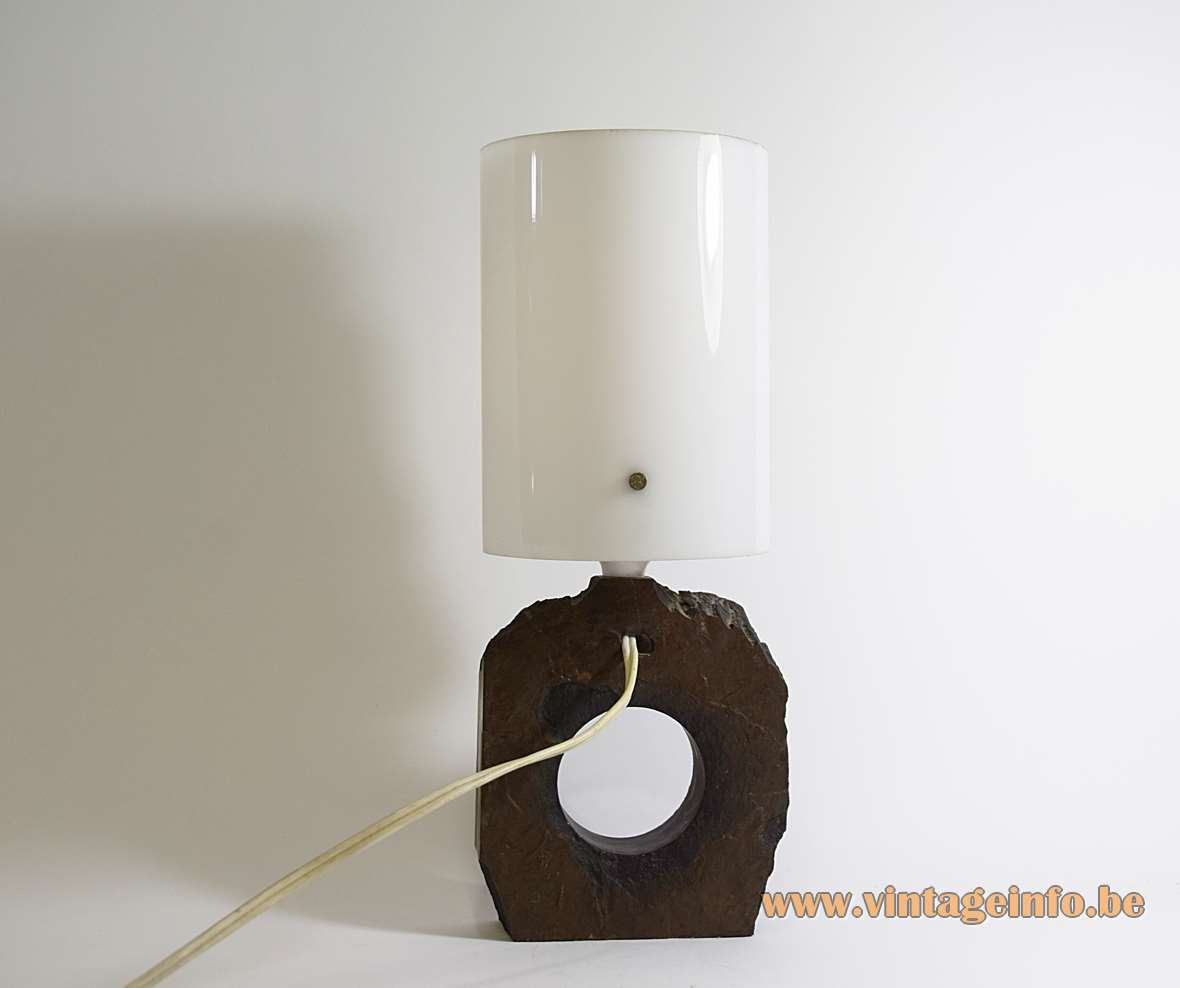 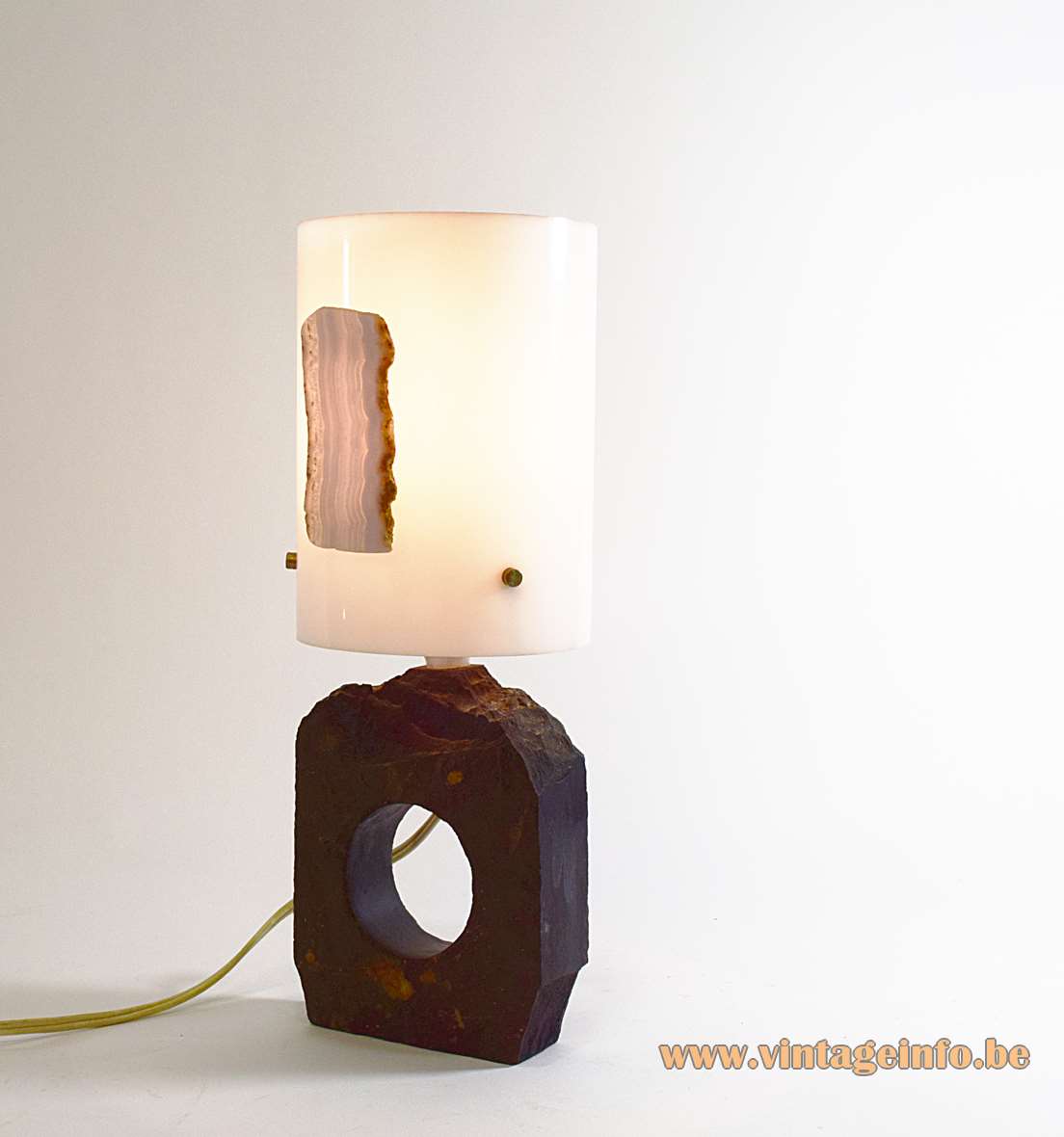 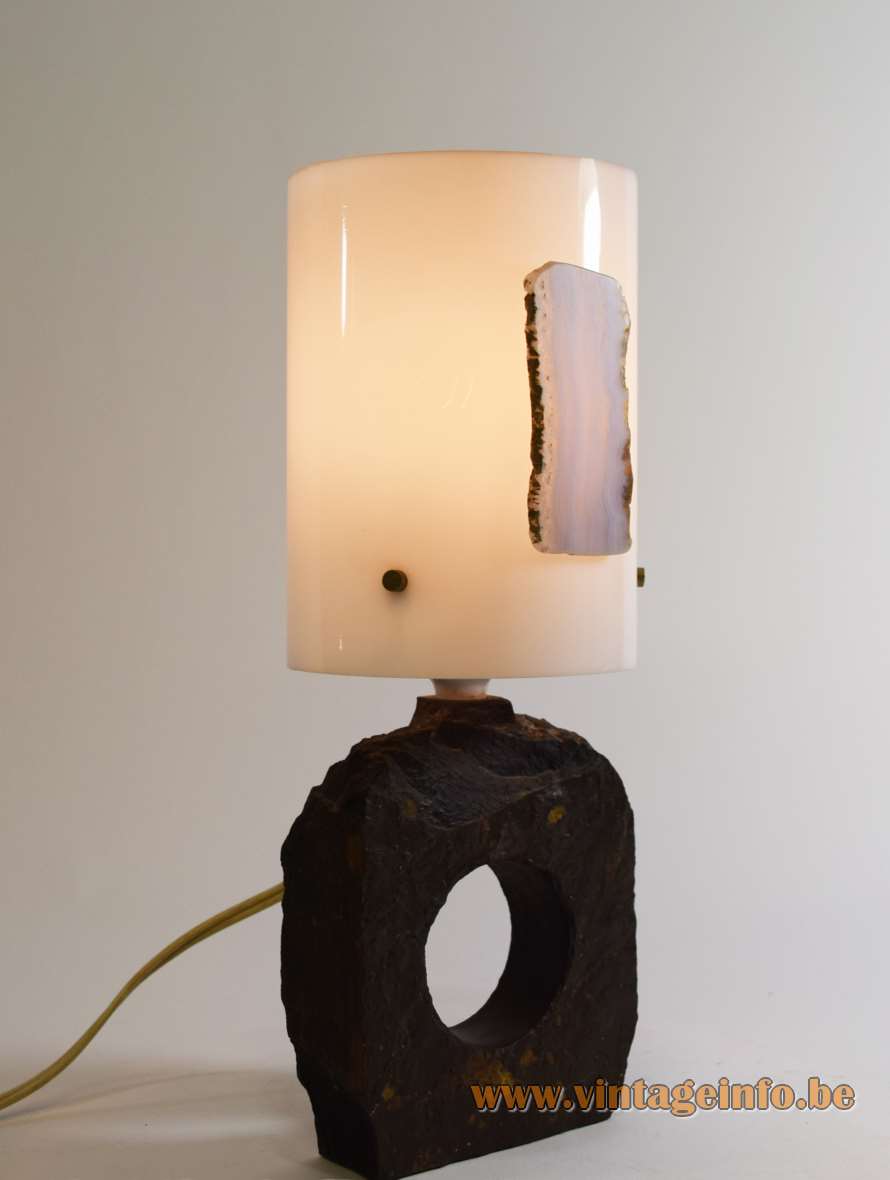 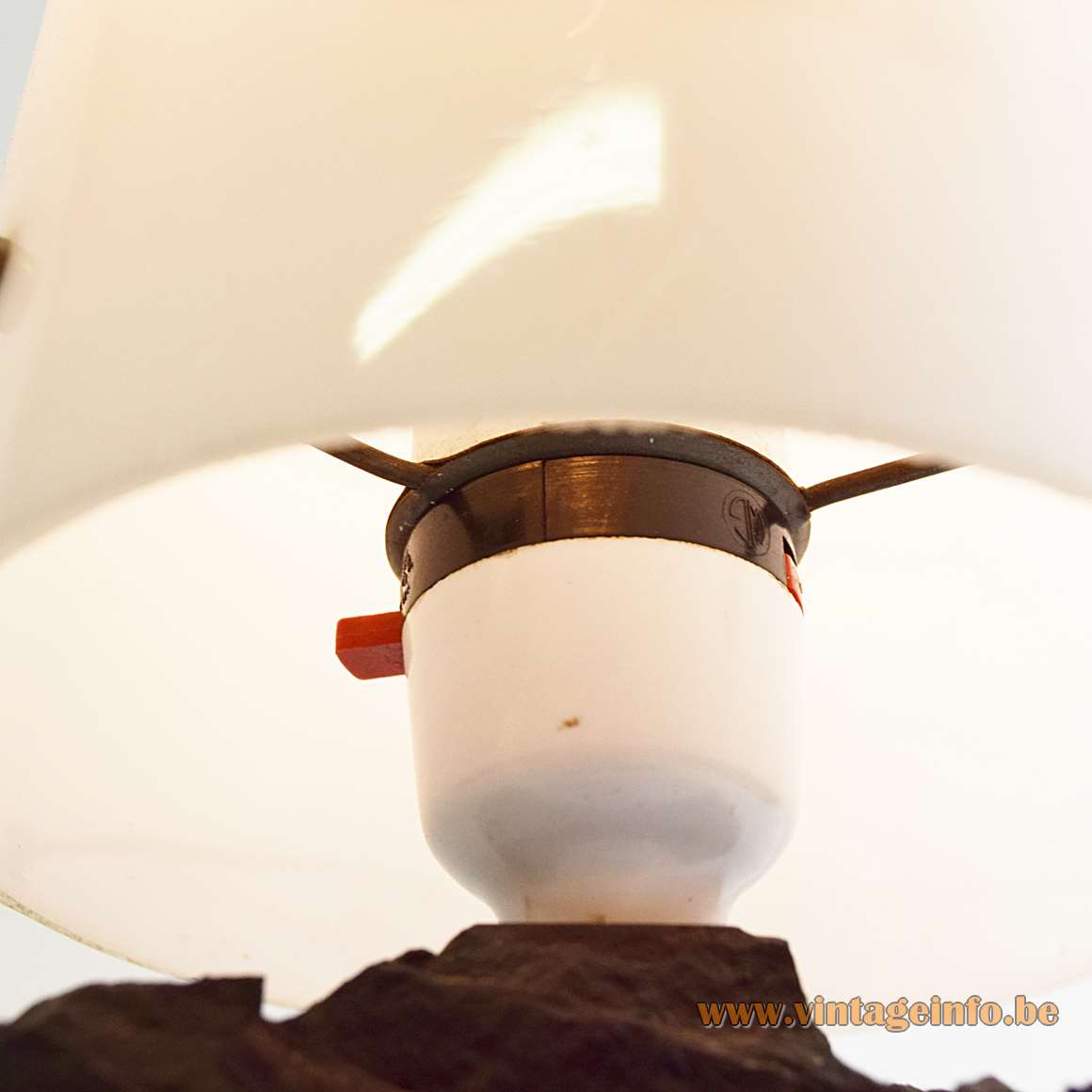 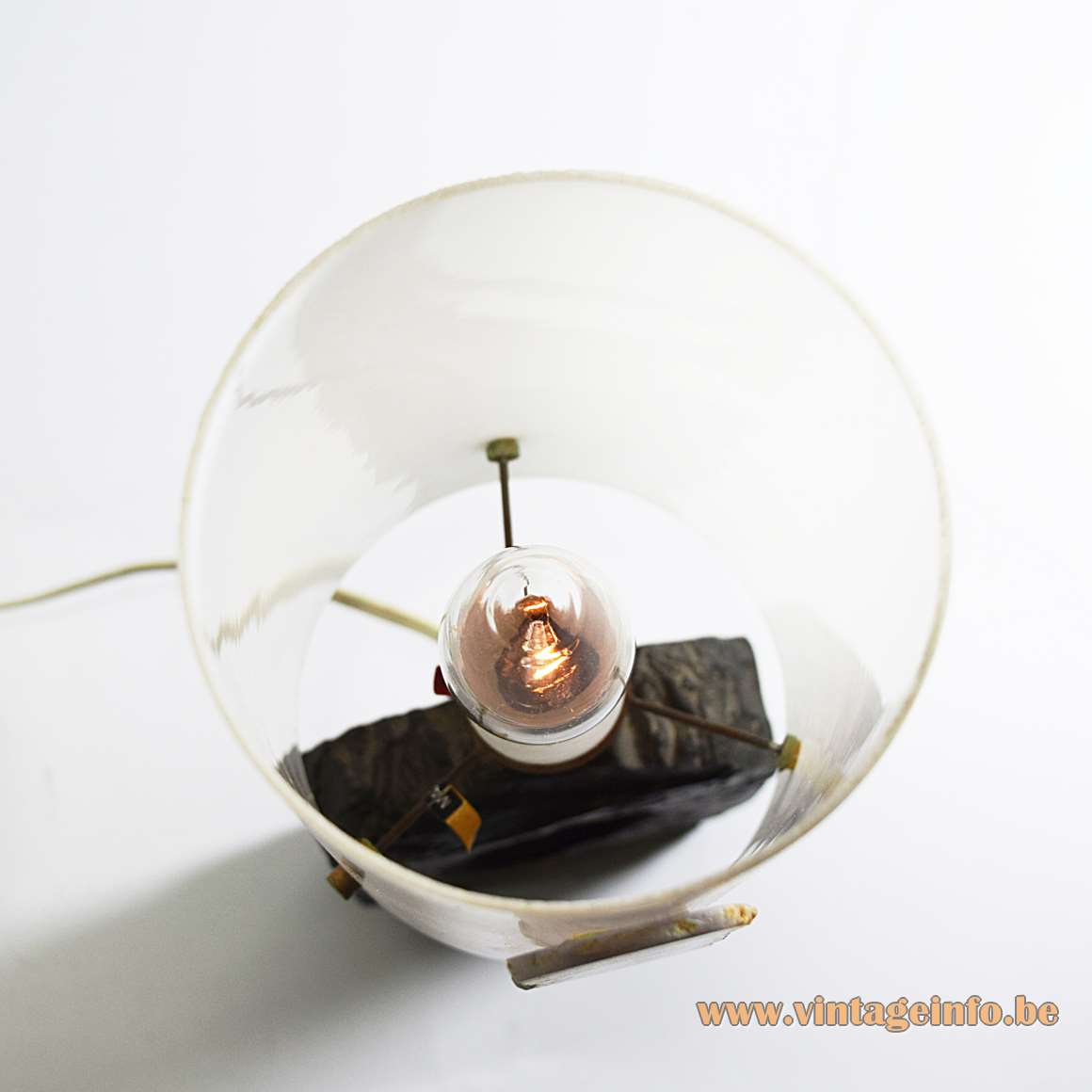 Materials: Black-grey slate base with a round hole in the middle. Green felt on the bottom of the base. White round tubular acrylic lampshade. A slice of blue agate glued on it. Some brass parts. Bakelite B22 socket with a built-in switch.

Other versions: This slate & agate table lamp exists in all probability with several colours of agate. For the moment it is unknown if this lamp was made in a bigger size.

The switch is built into the lamp socket and is made in France. Only a label “max 100 watt” is present and remnants of another label on the bottom, as you can see in the pictures. It is the same label as used by the German company Fischer Leuchten.

Fischer Leuchten was founded in 1951 by Aloys Fischer in Sundern, in North Rhine-Westphalia, Germany. Johannes Schulte joined the company as a full partner in 1953. In 1972 the enterprise moved to another building in the same town. In 1993 Johannes Schulte junior and in 1995 Alois Fischer junior joined the company. Today the firm is located in Arnsberg, some 15 km (9 miles) from Sundern. The company merged with Honsel Leuchten to form Fischer & Honsel GmbH.

Fisher Leuchten also produced this lamp for other brands, such as IKEA, Veneta Lumi and Massive from Belgium. 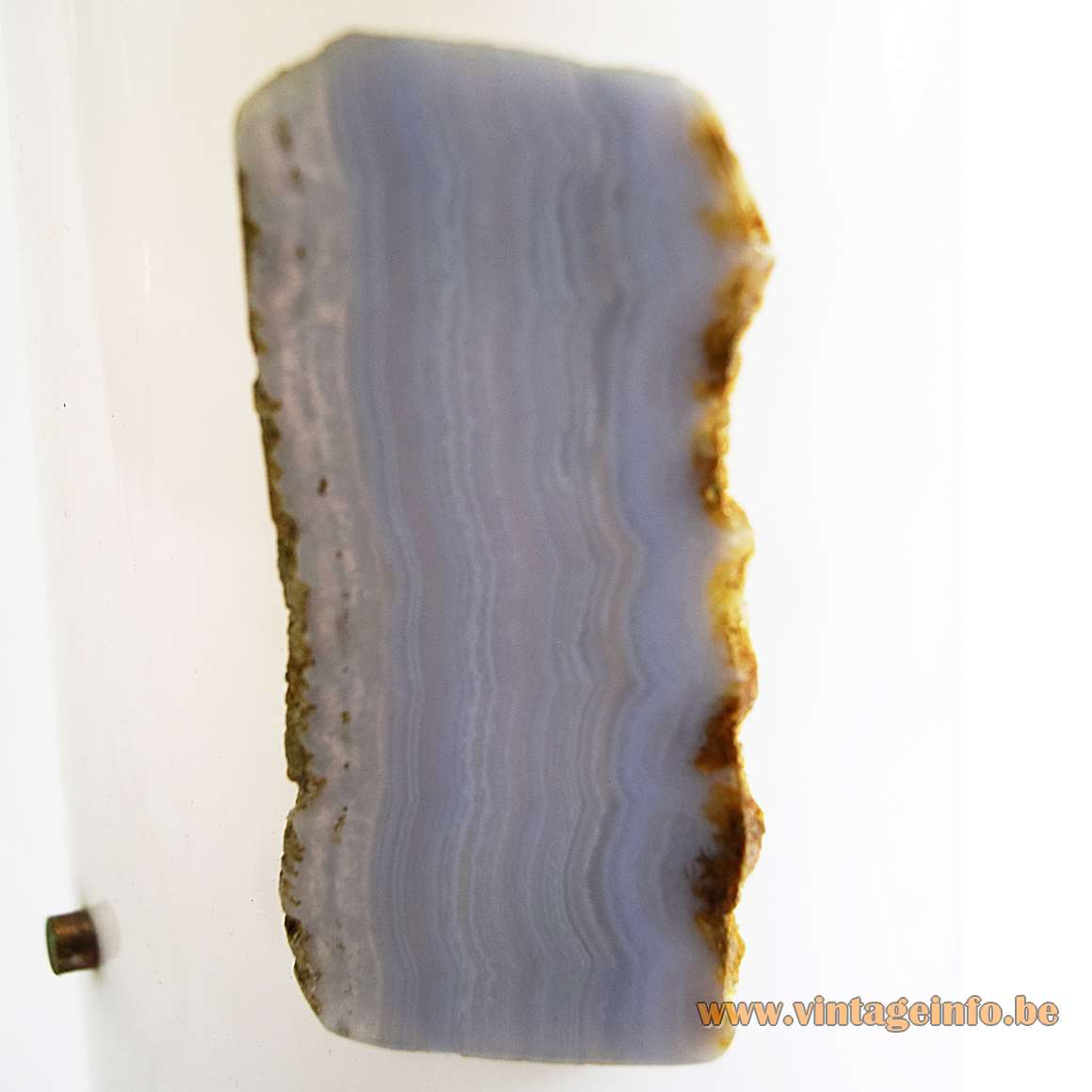 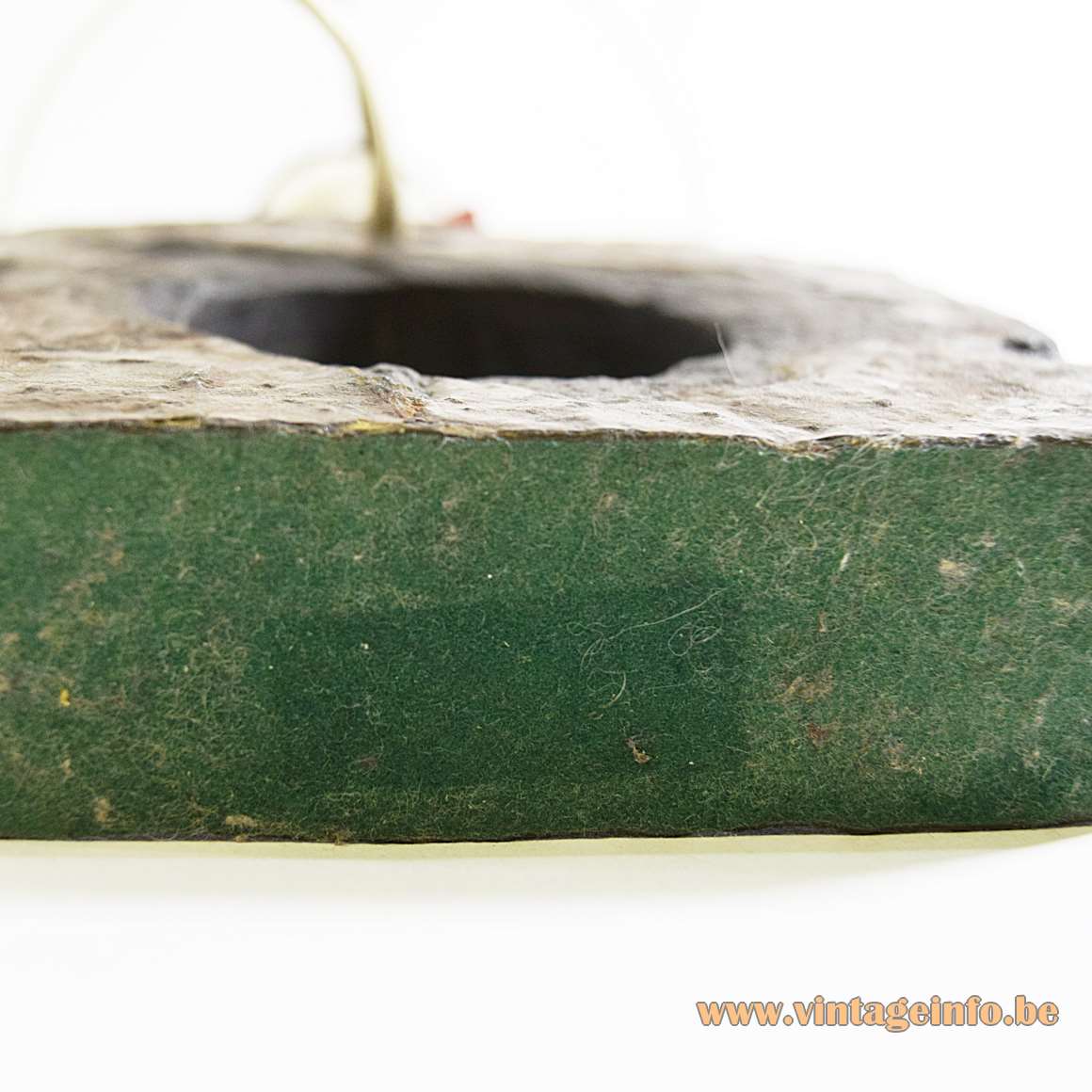 Lamps with the same label