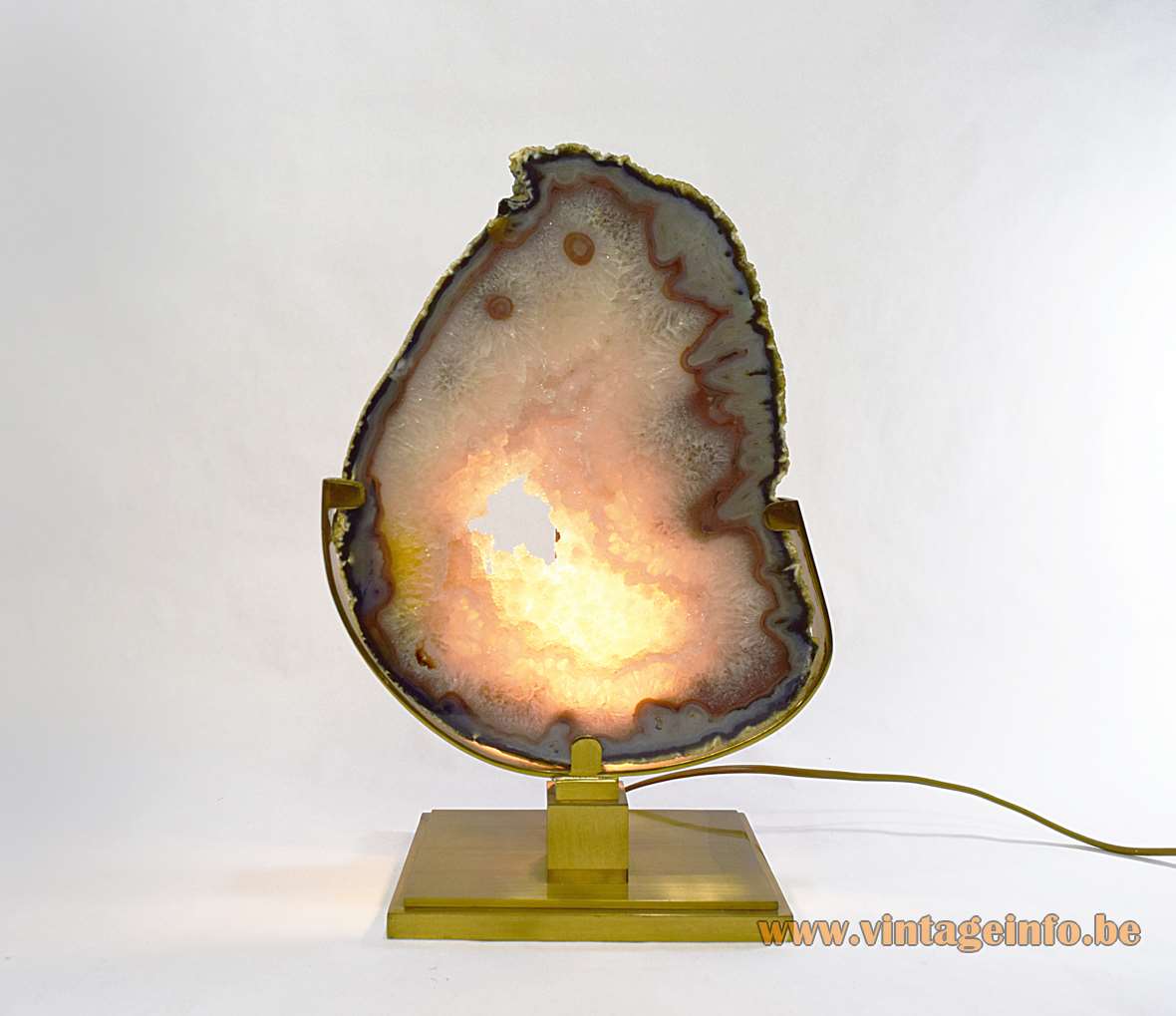 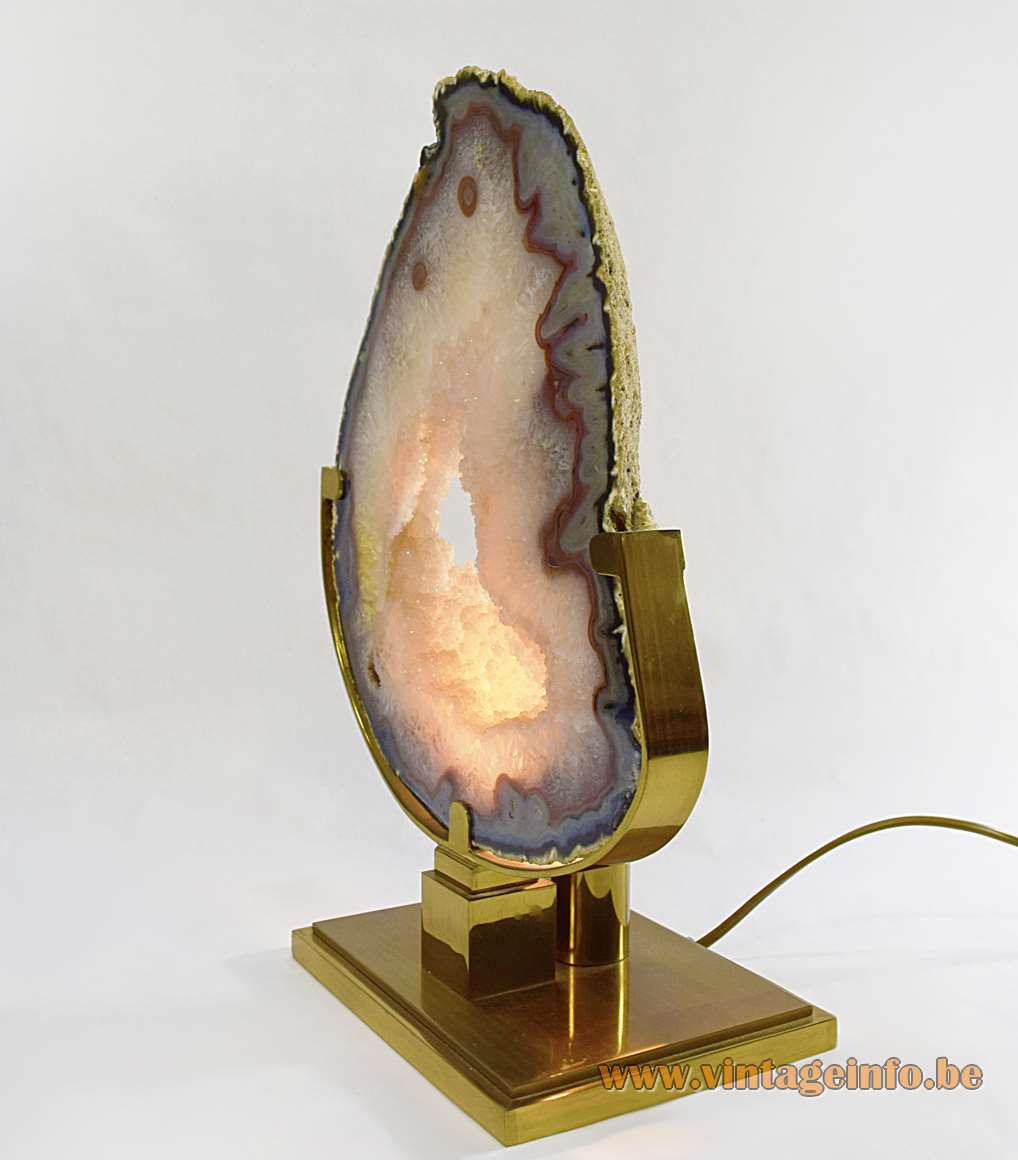 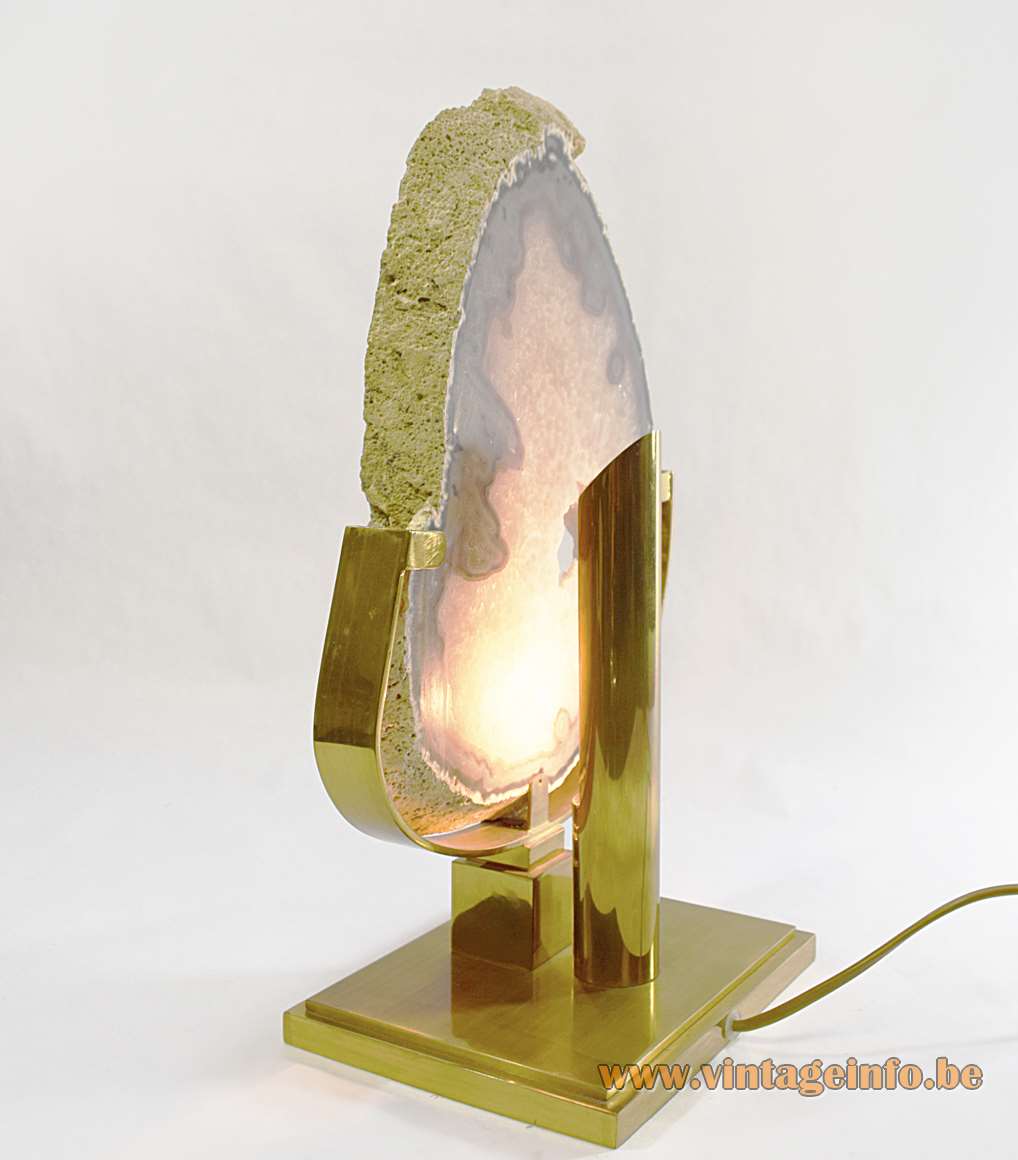 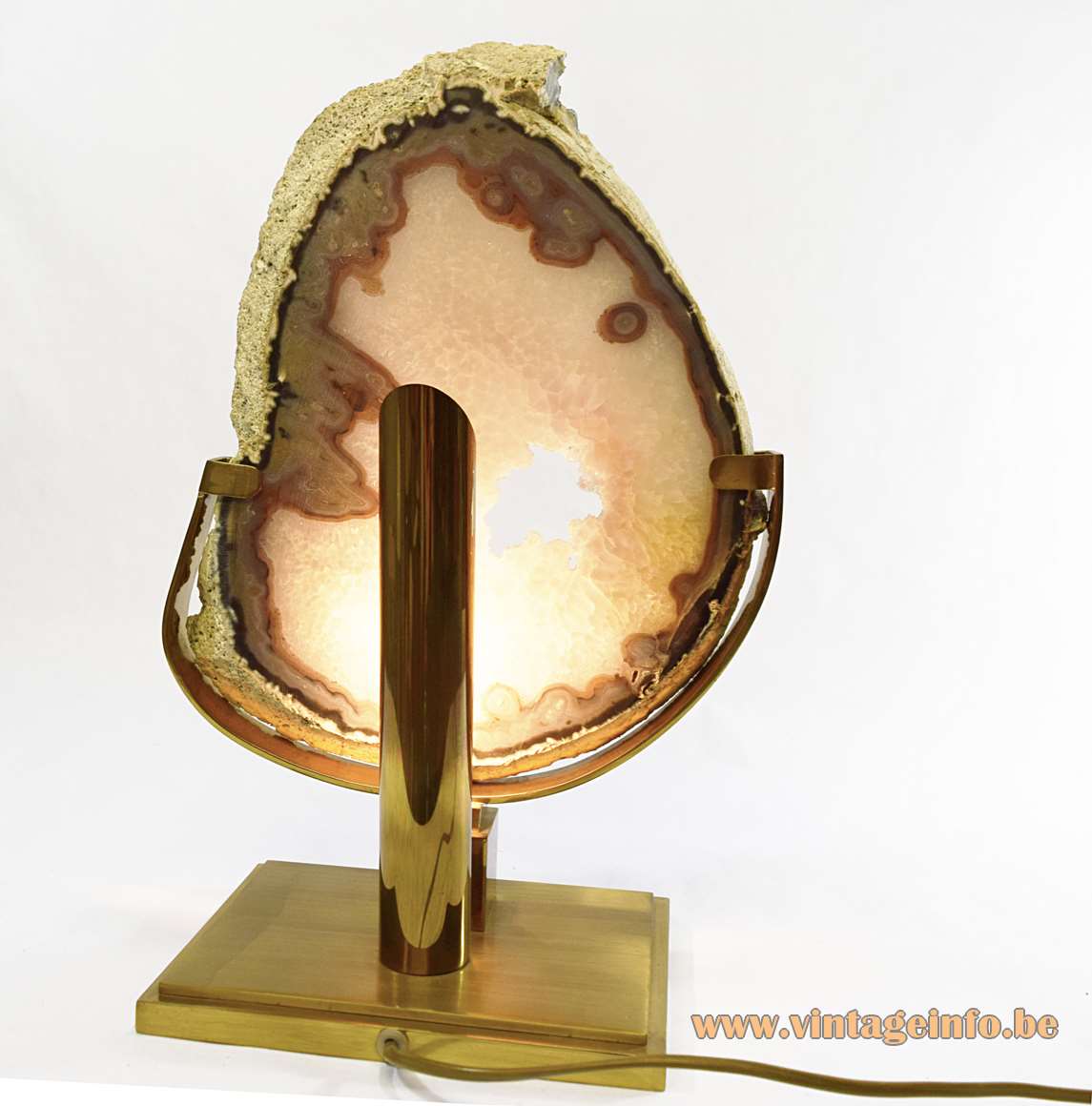 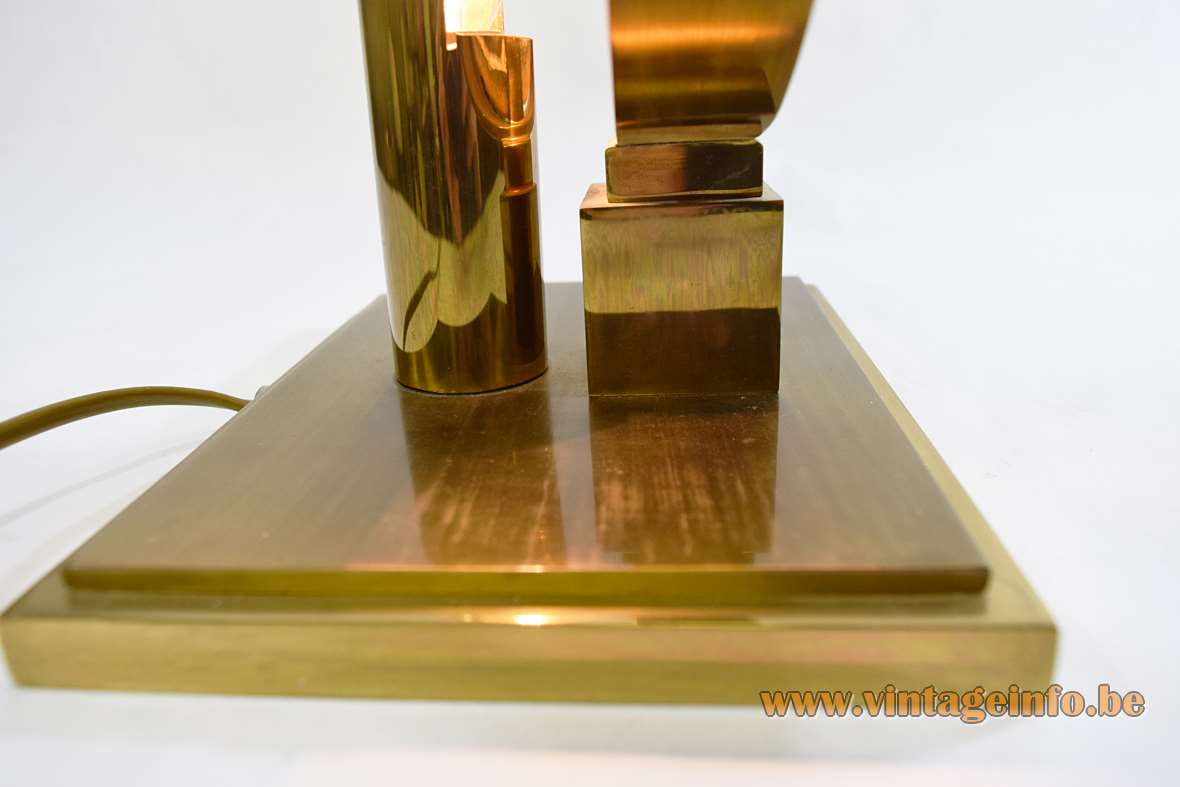 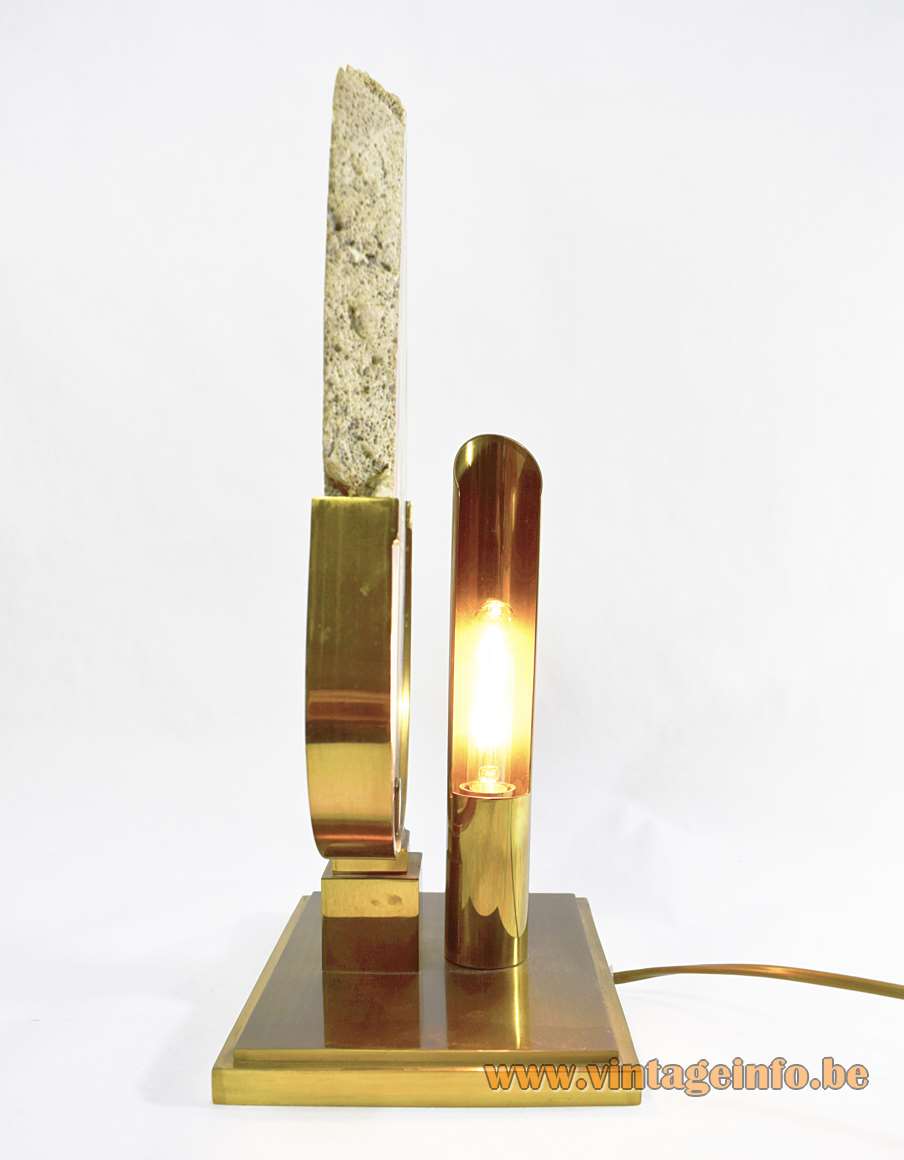 Other versions: This agate geode slice table lamp is unique, as all these lamps are. None of these agate slices are the same. These lamps were made in many different sizes. Minerals, corals and shells were also used.

This agate geode slice table lamp has no label. But another lamp with a similar base has a label from J.L.B. Also two duck table lamps, here on Vintageinfo have a very similar base.

J.L.B. France or Belgium, no information to be found. A search in the Belgian Official Gazette yielded no results. But searches can only take place until 1983. Do you have an idea? Please let us know through the contact form and help improve the websites exactitude. Your help is much appreciated.

This lamp was purchased in Belgium.

Table lamps made by Willy Daro 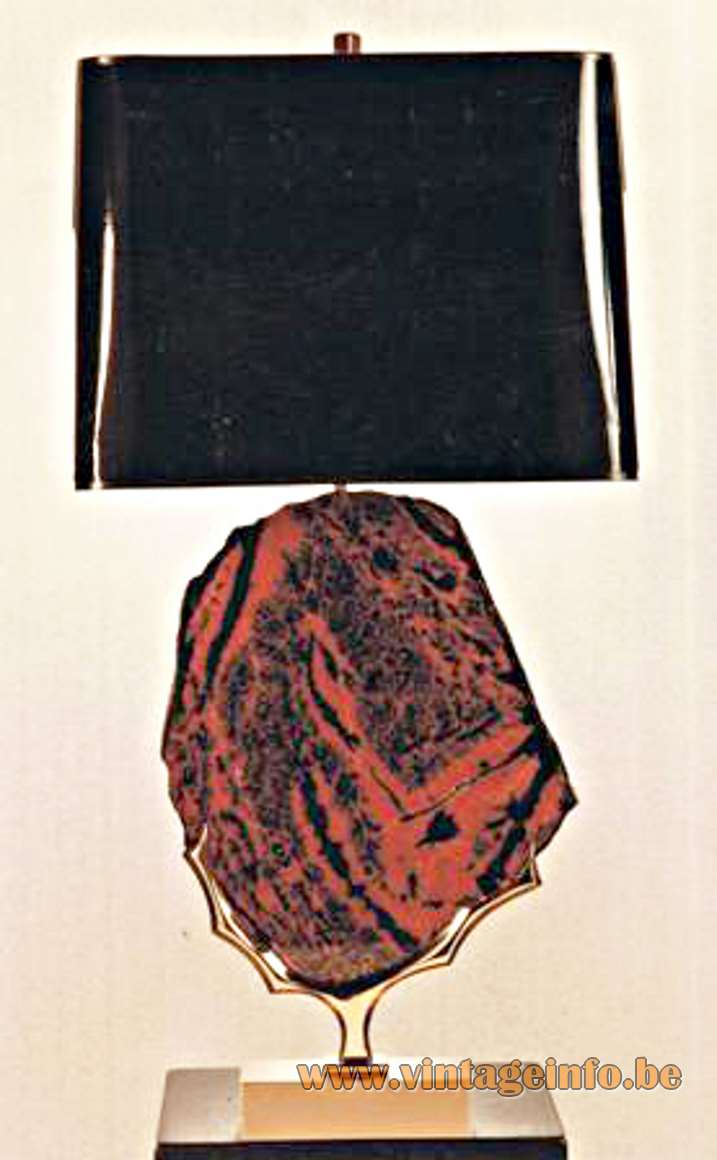 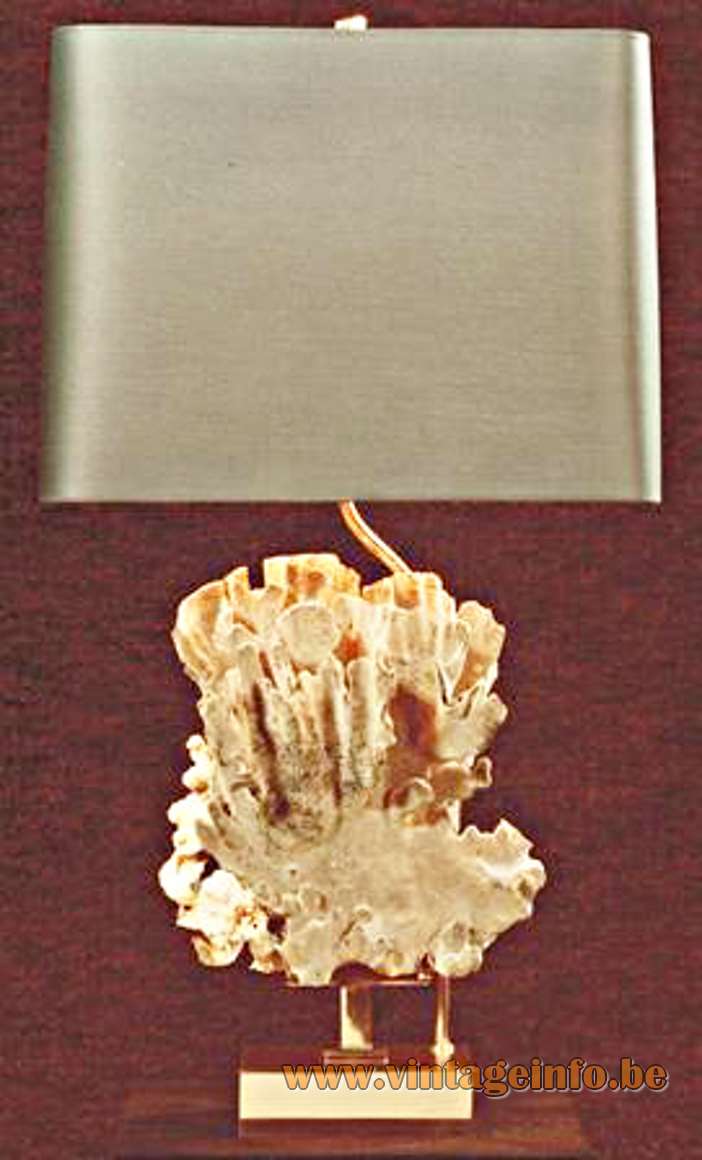