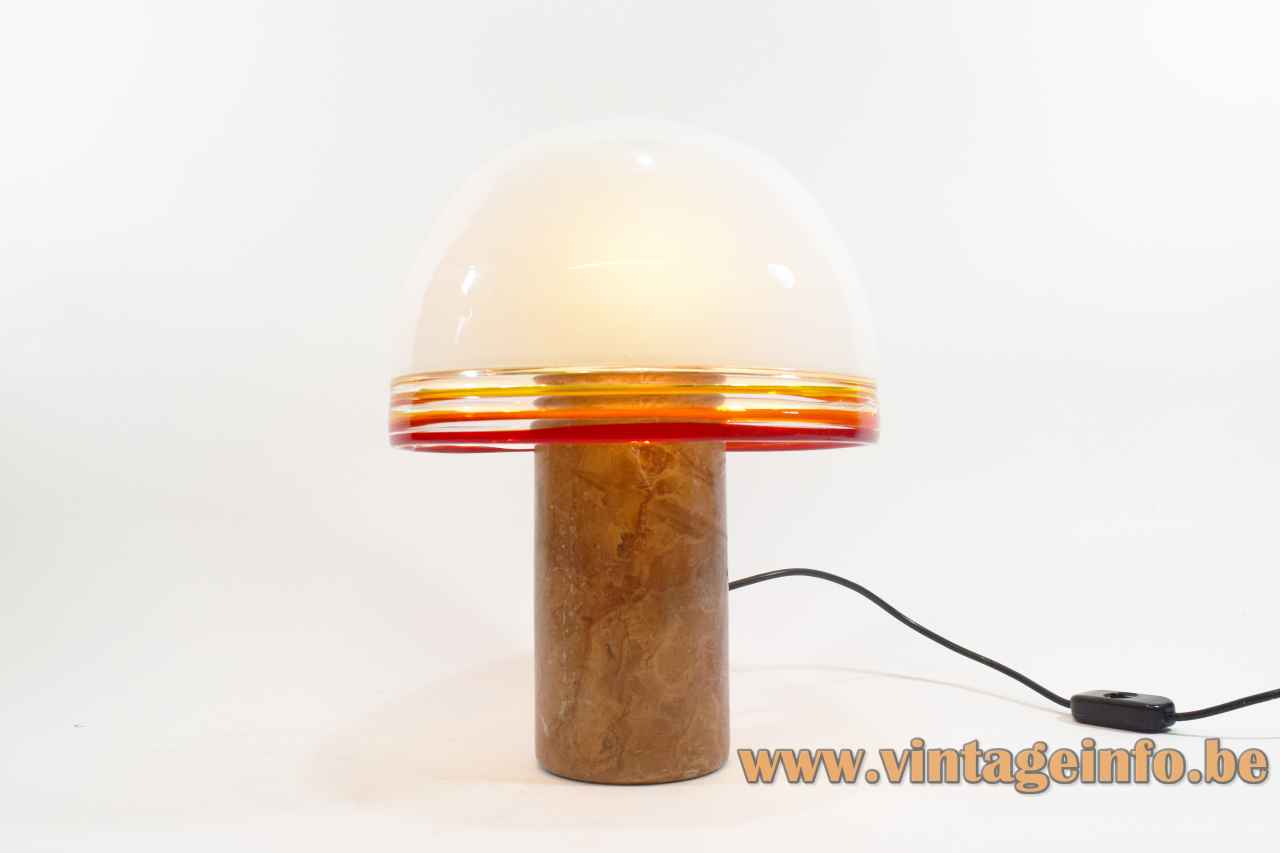 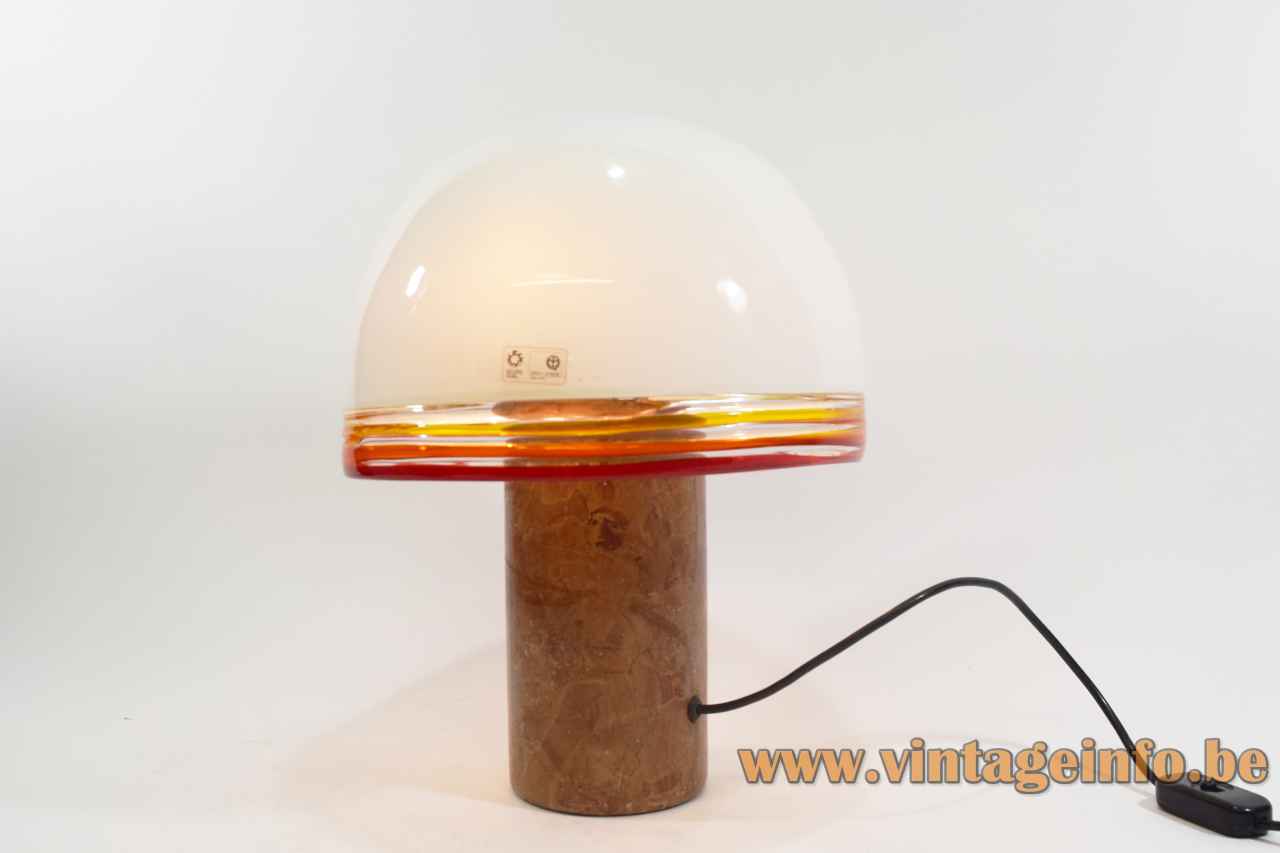 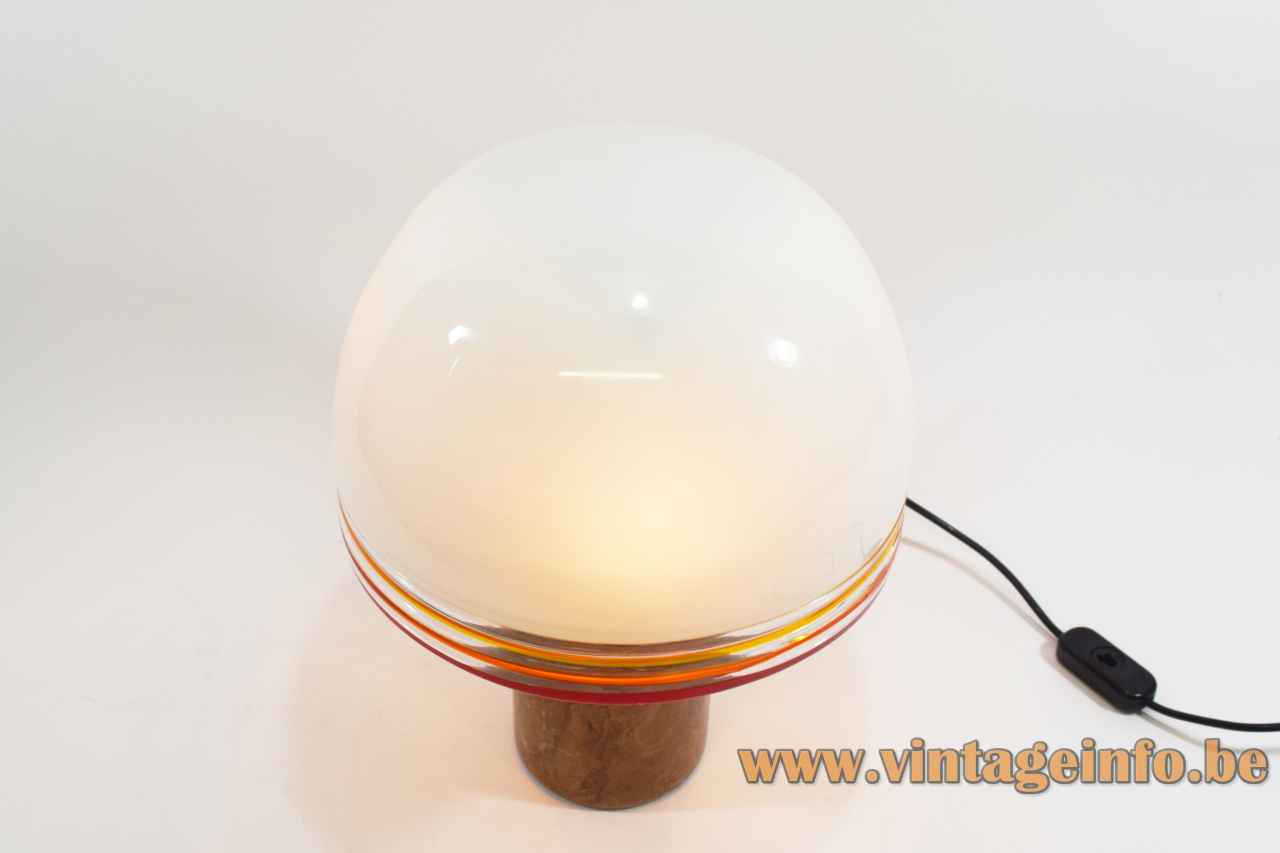 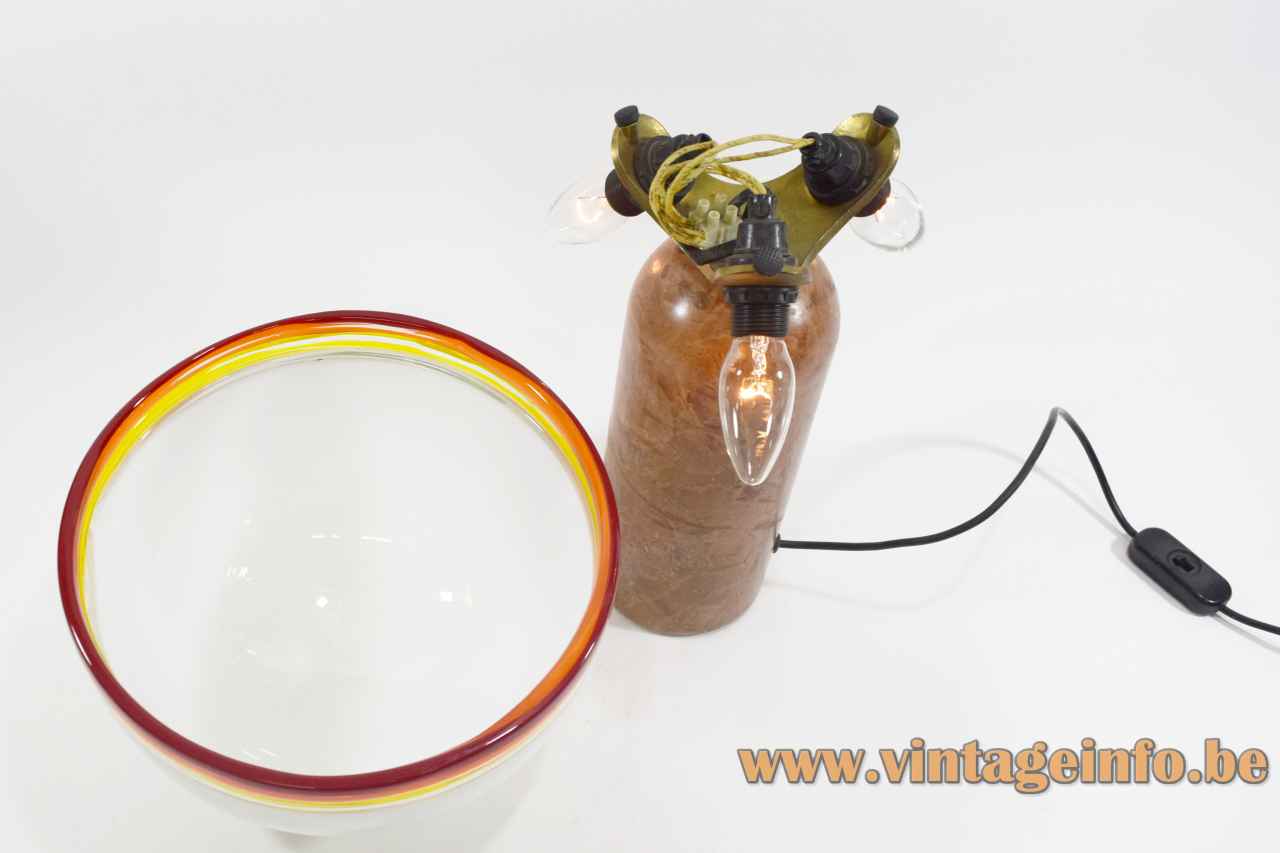 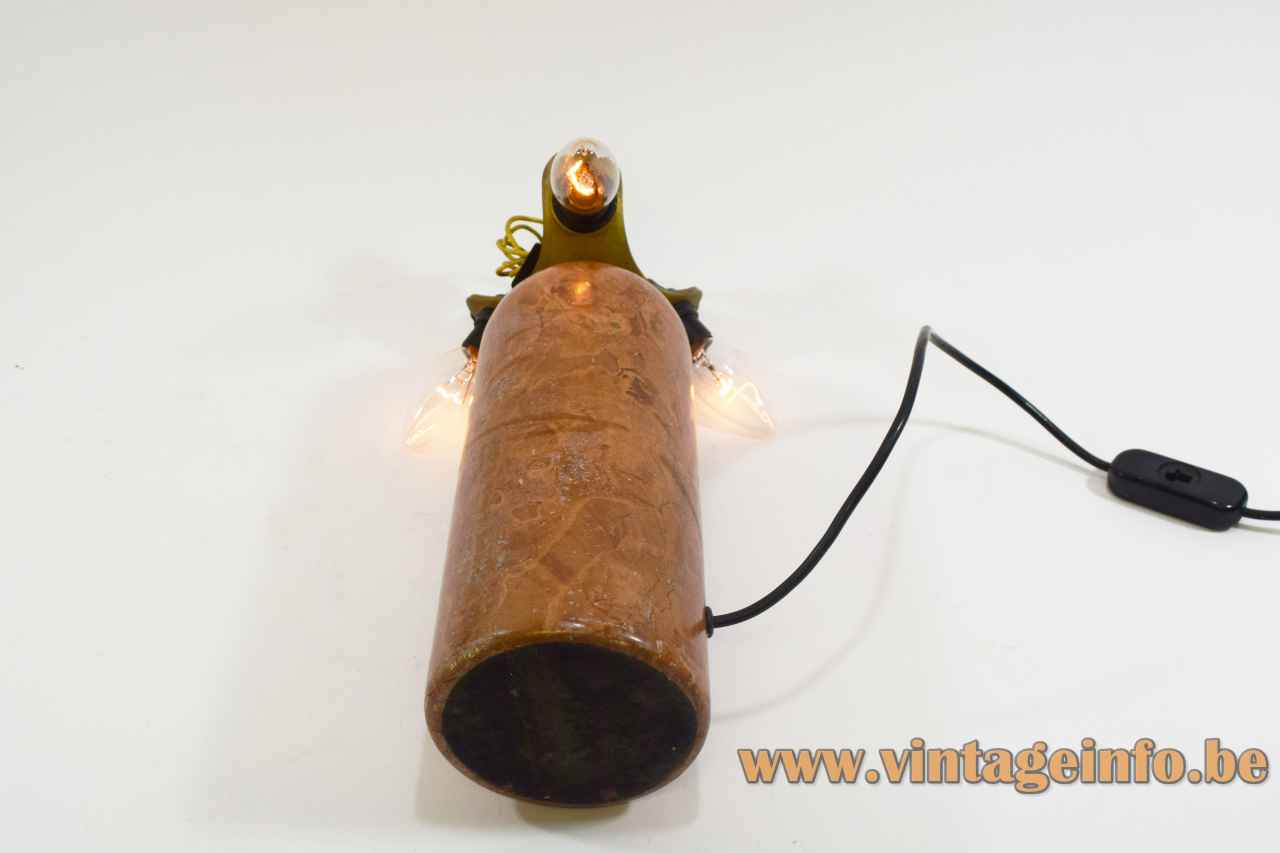 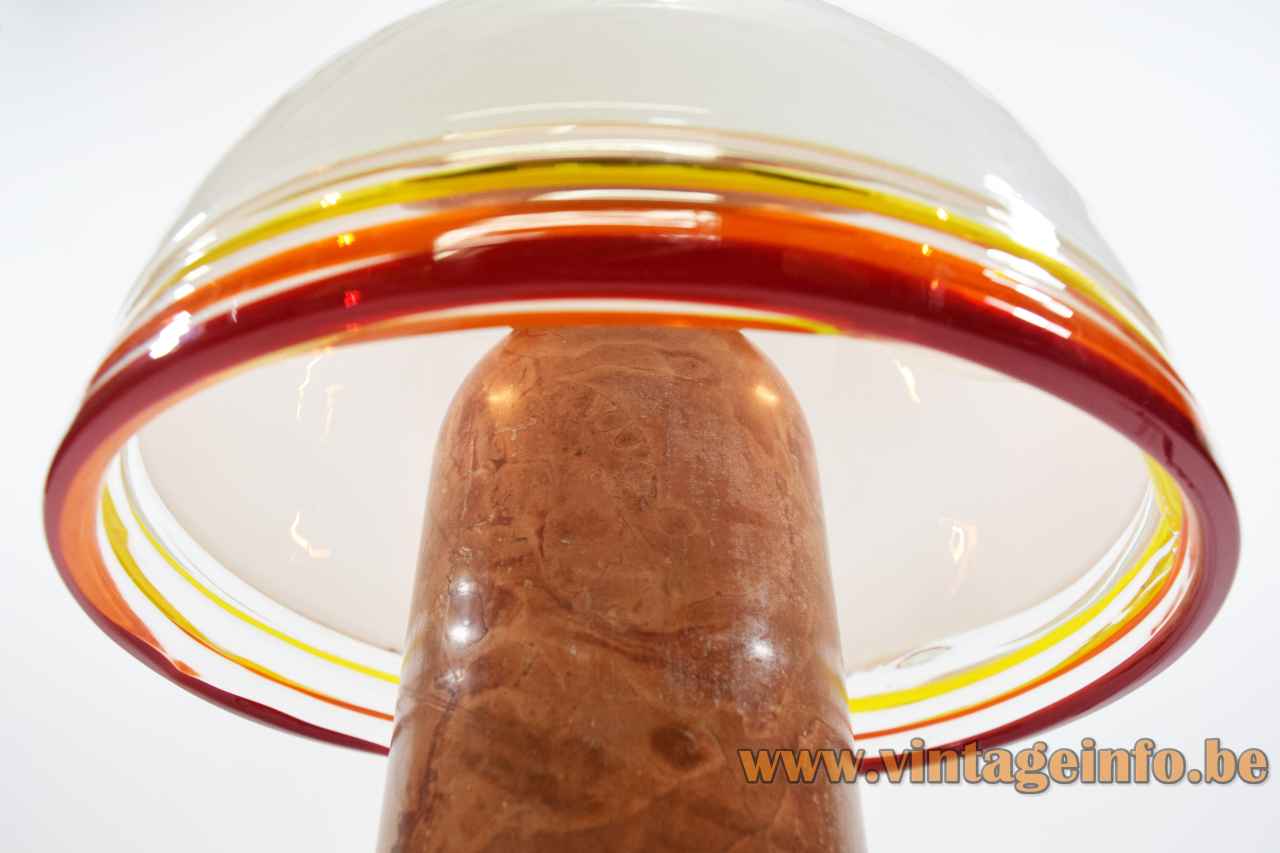 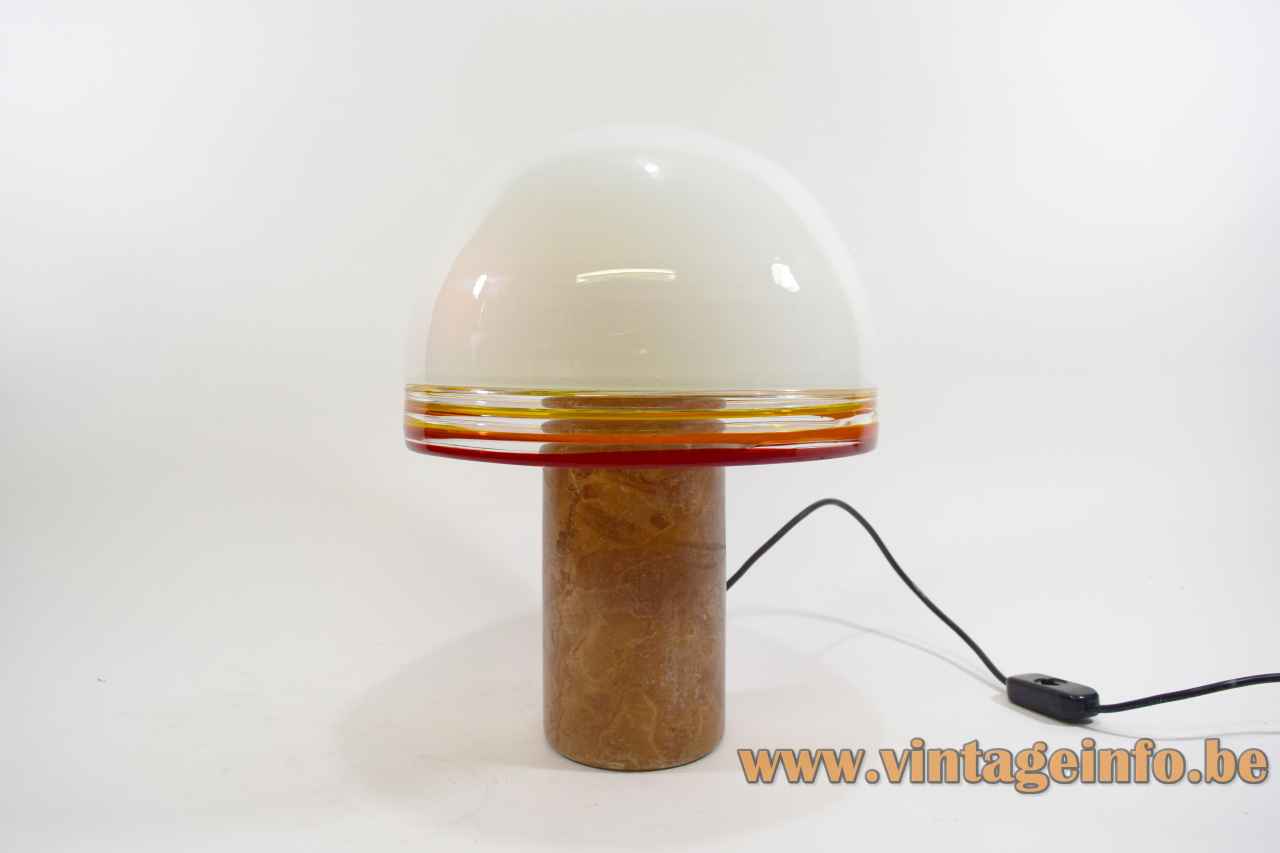 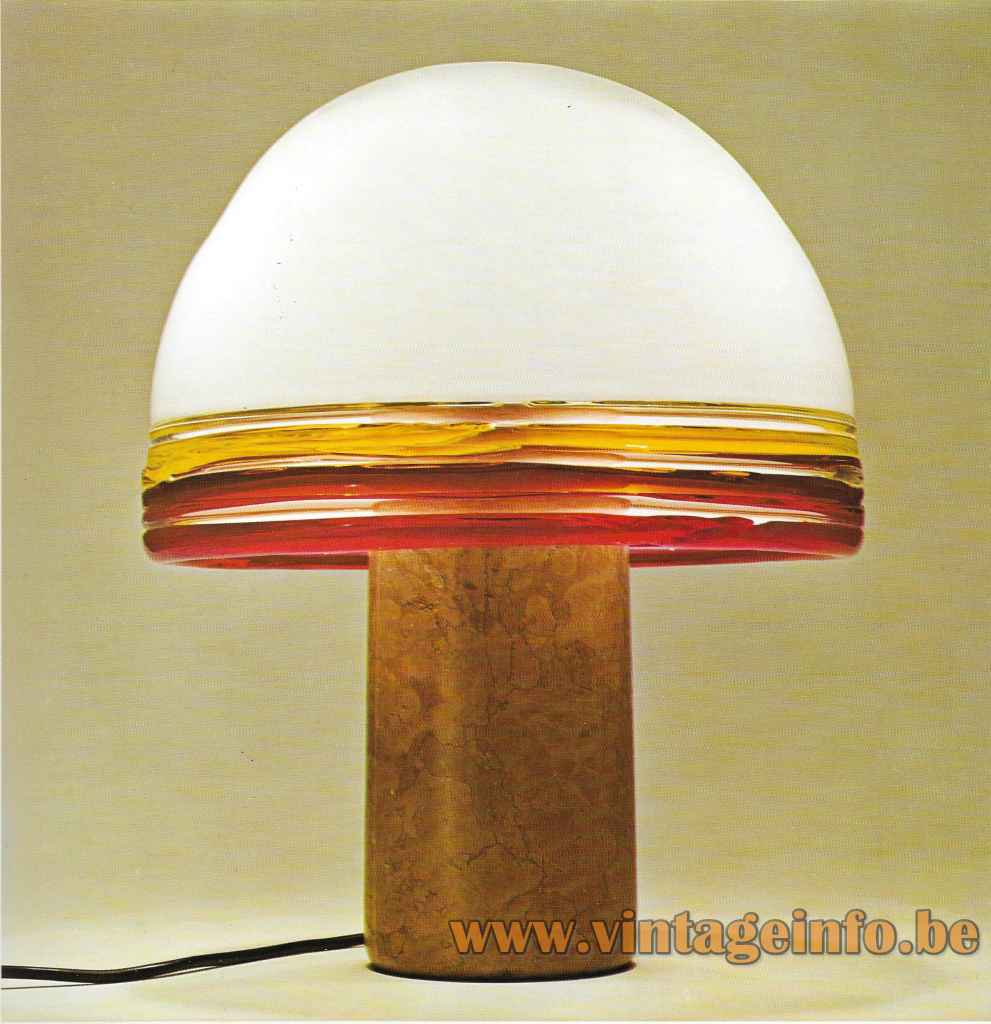 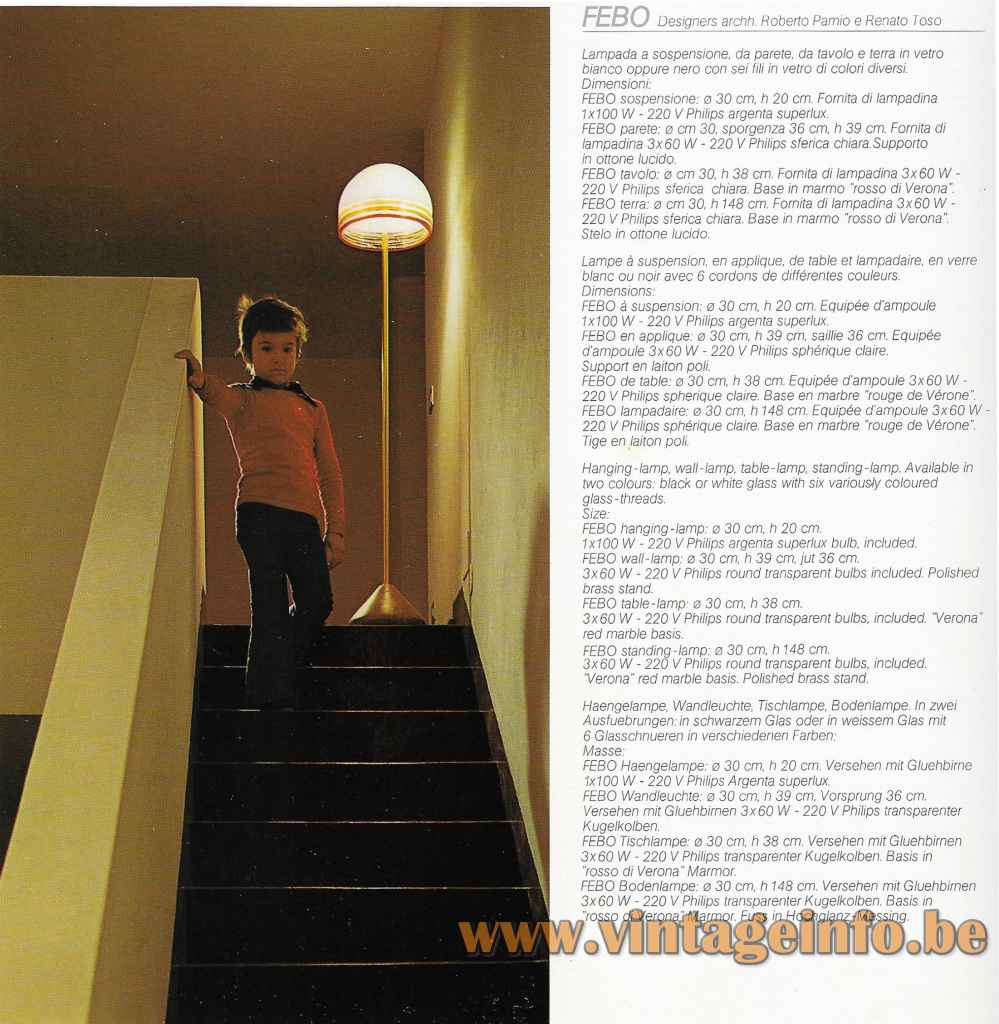 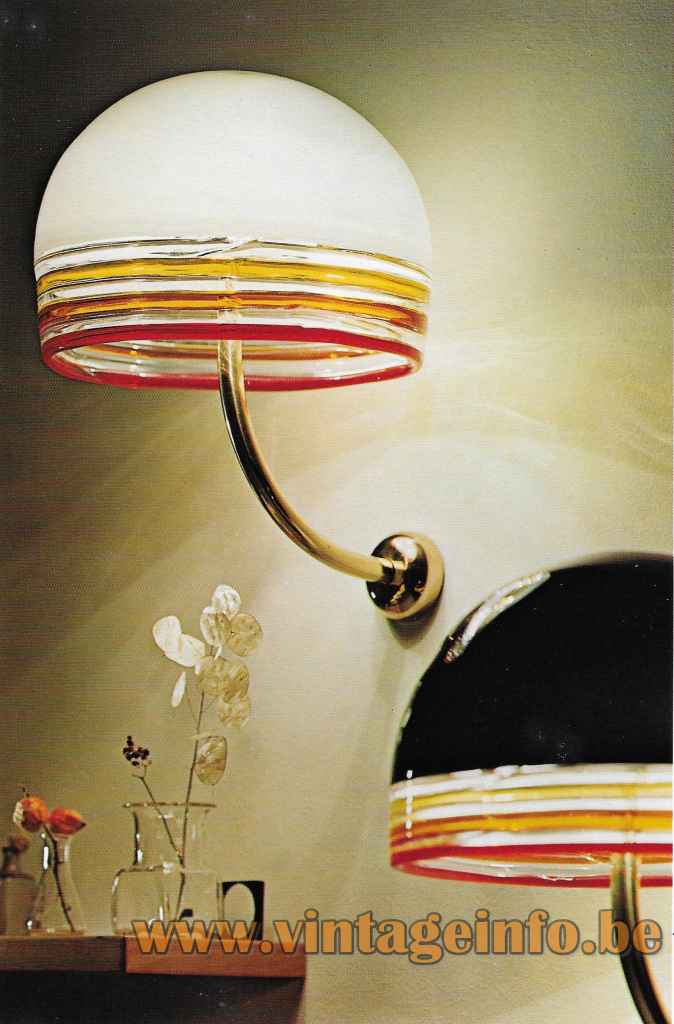 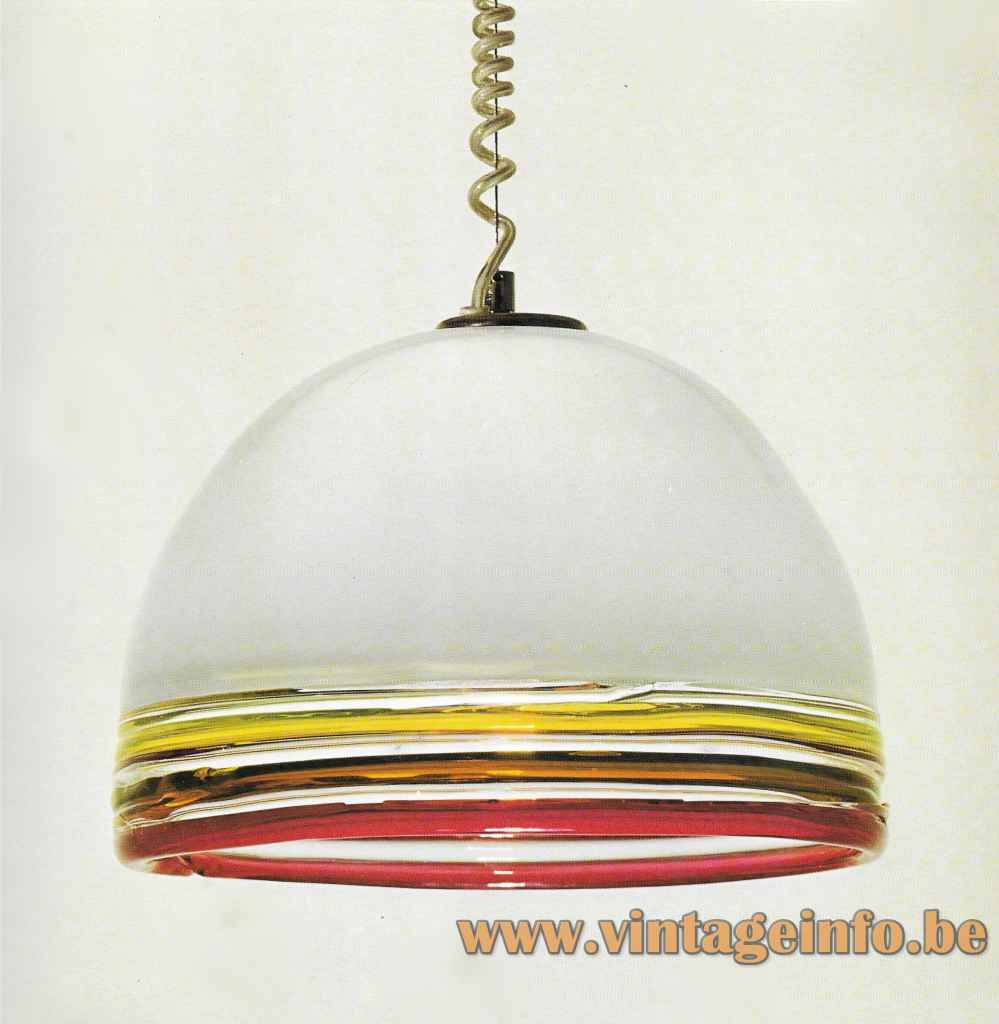 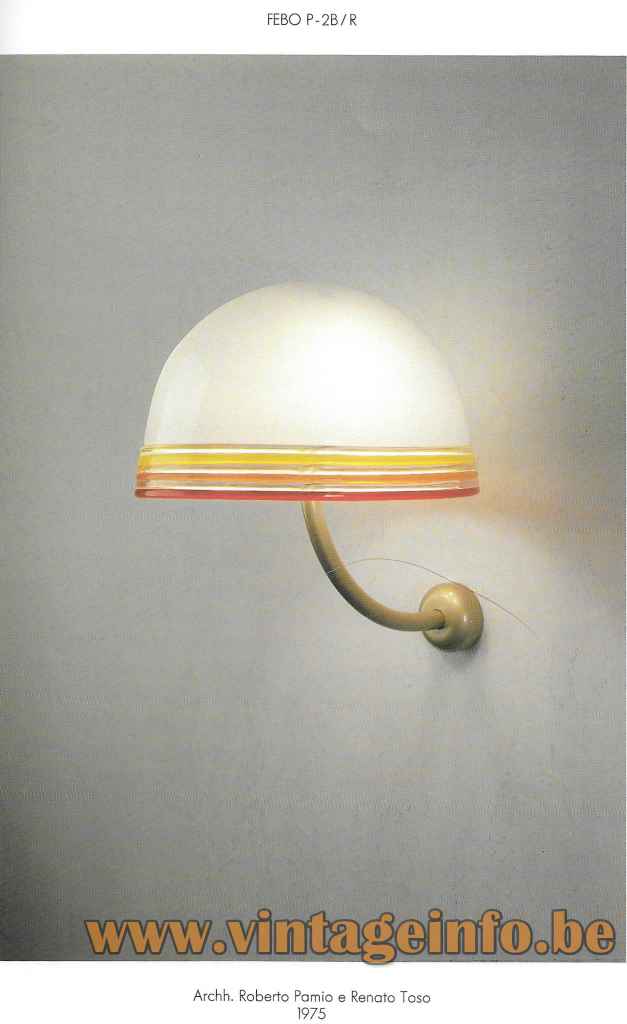 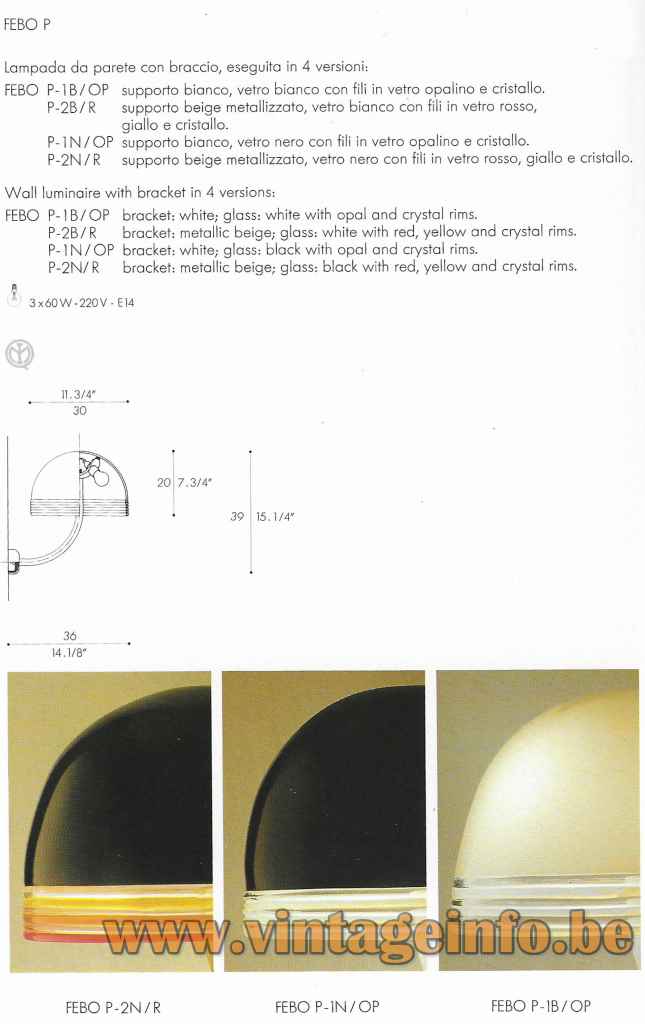 Other versions: This Leucos Febo table lamp exists in a few variations, as you can see in the catalogue pictures. A redesign with a metal base was made since 1984. Wall lamps, floor lamps and pendant lamps were also made.

Roberto Pamio, born in 1937, graduated from the Faculty of Architecture of Venice, works at an international level in the field of architectural planning and design. He studied under the guidance of professors such as: Carlo Scarpa, Giuseppe Samonà, Ignazio Gardella, Giancarlo De Carlo and Bruno Zevi.

Renato Toso was born in Murano (Venice, Italy) in 1940. He helped to establish an associated architectural and design studio along with Roberto Pamio and Noti Massari (1939). 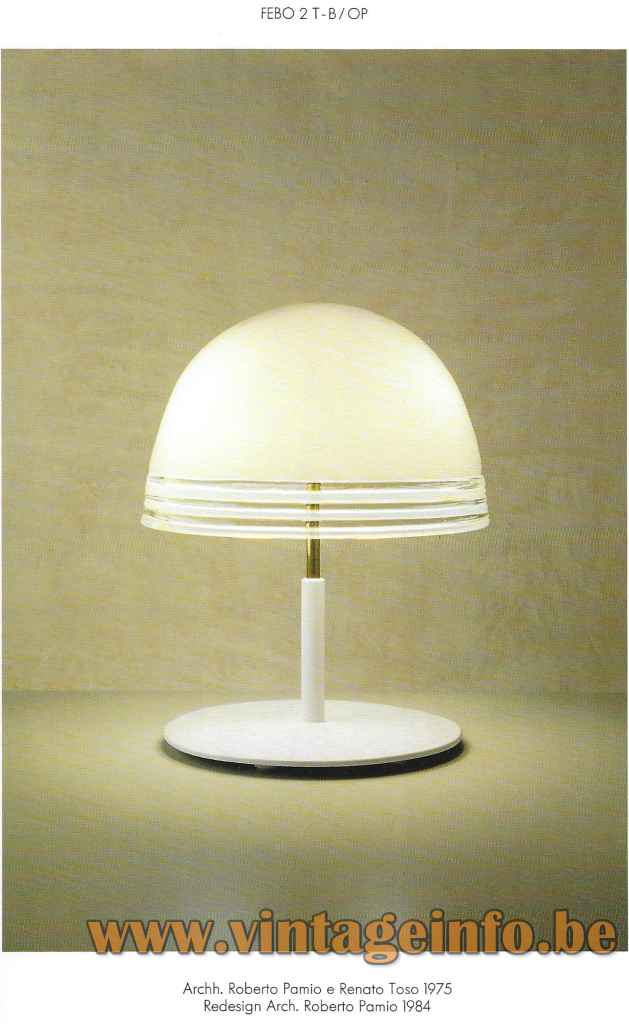 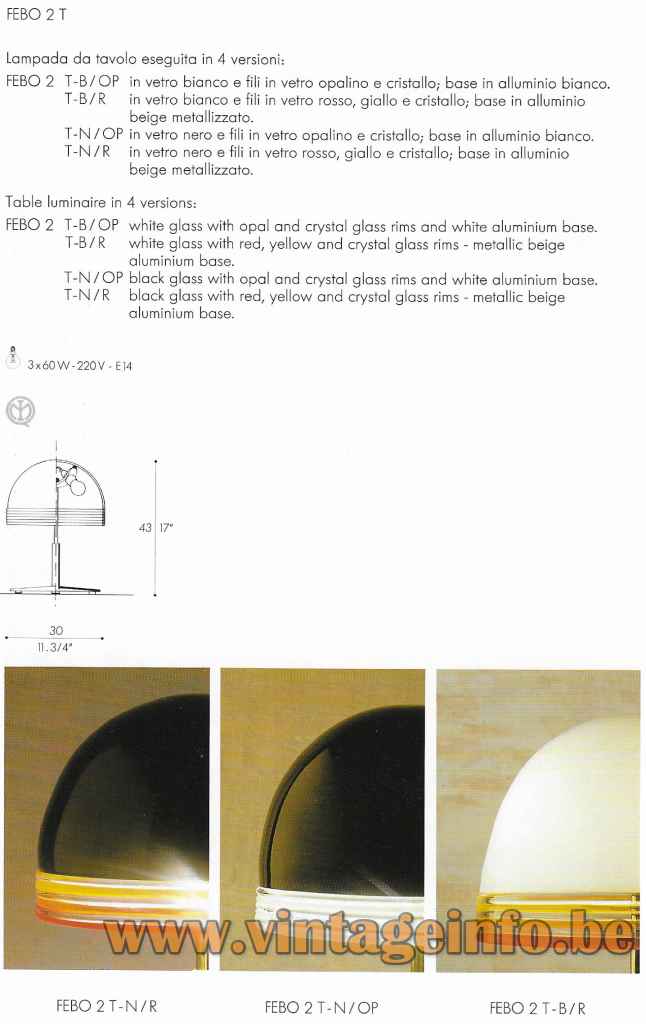 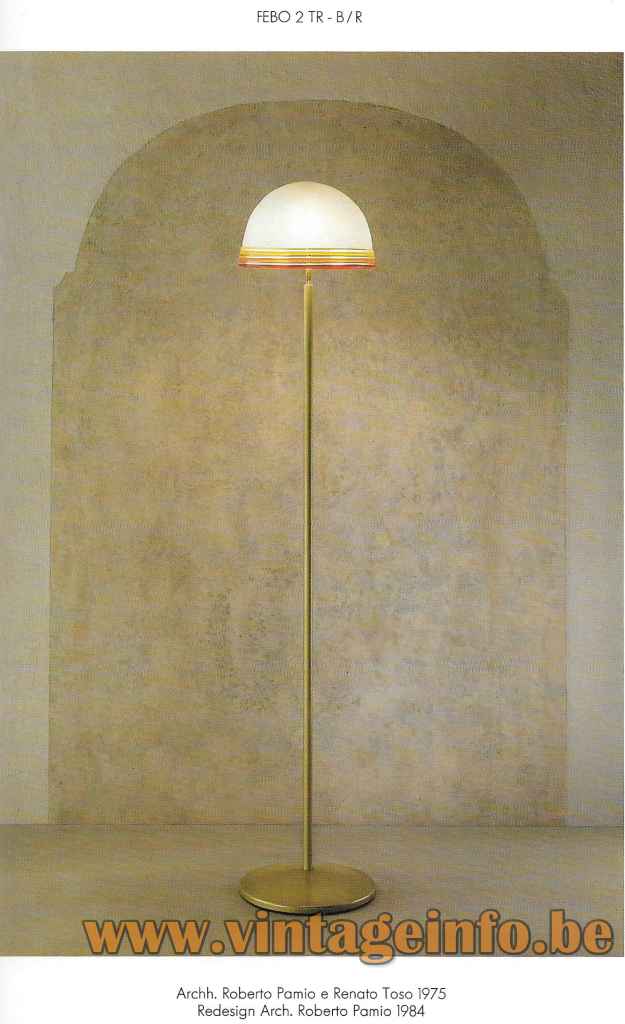 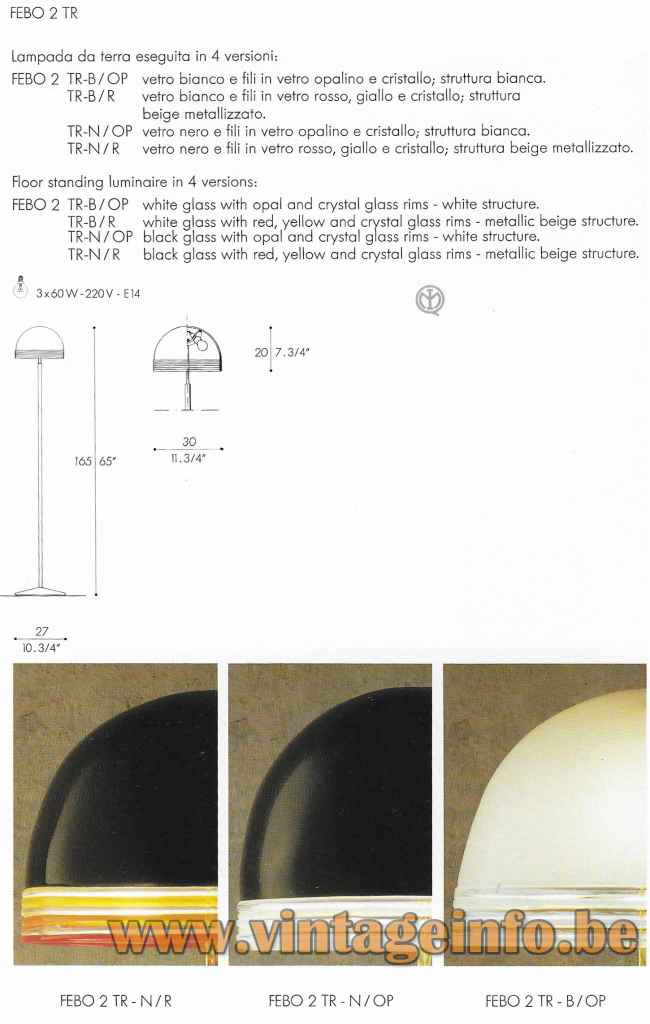