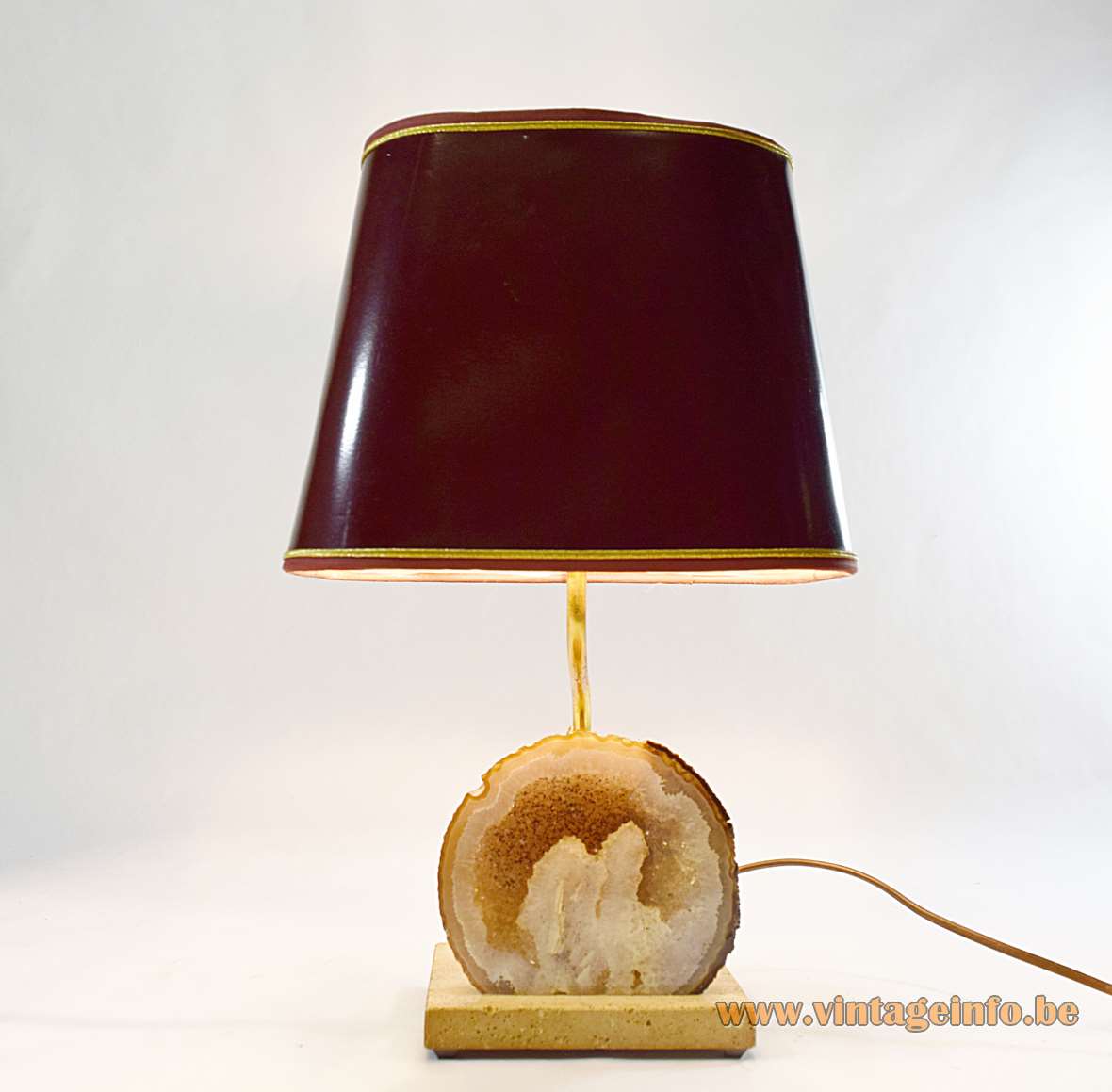 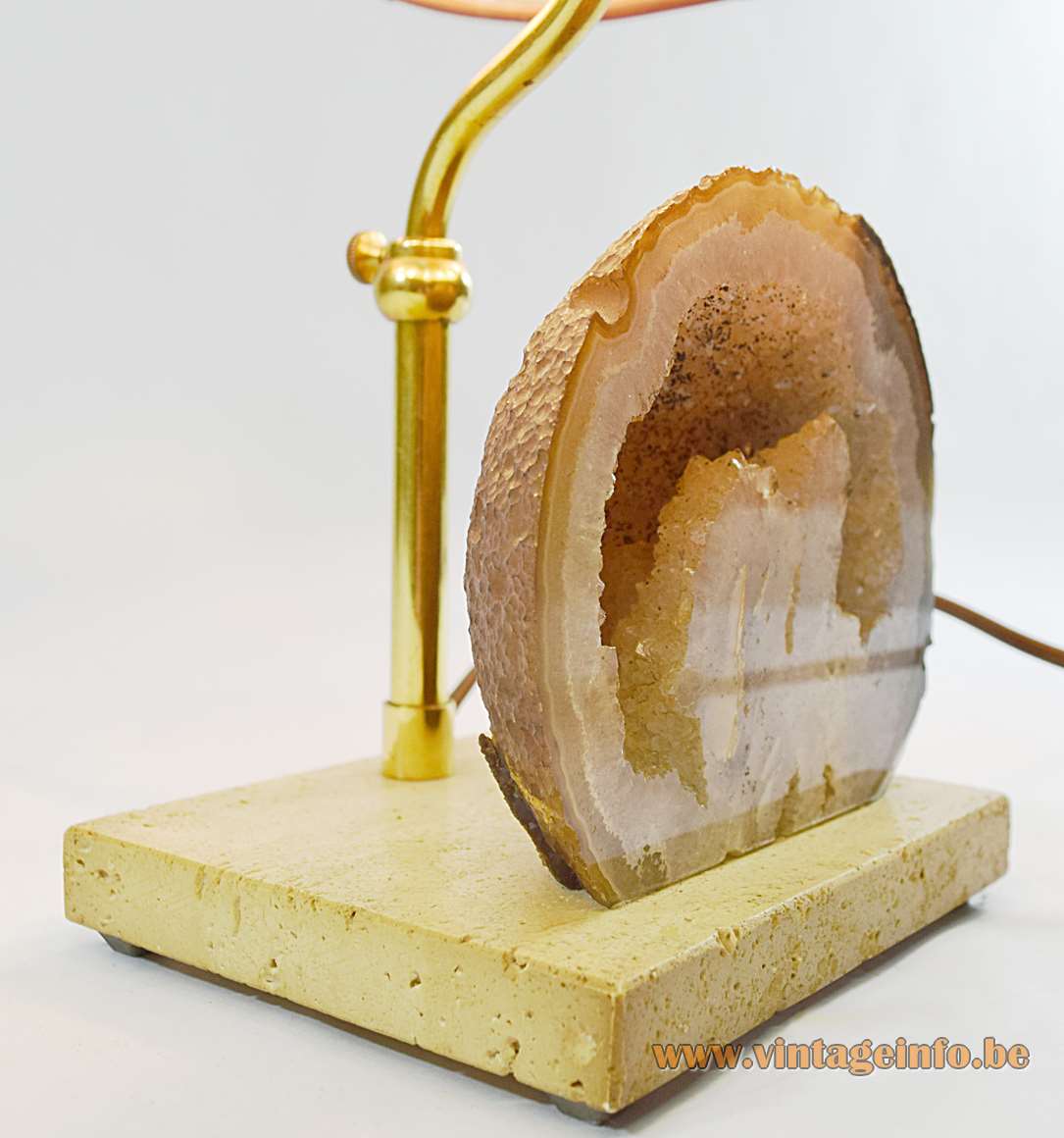 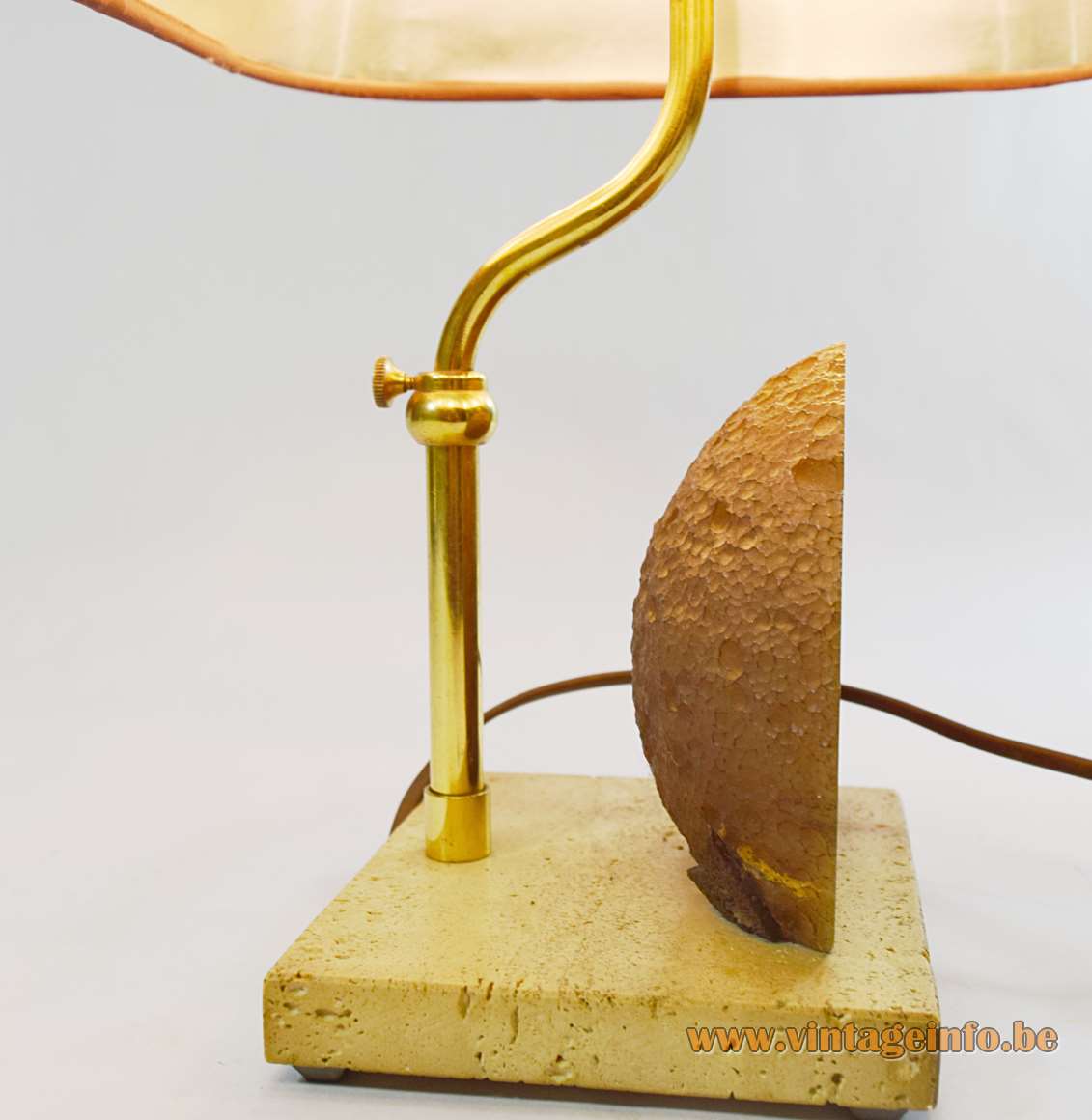 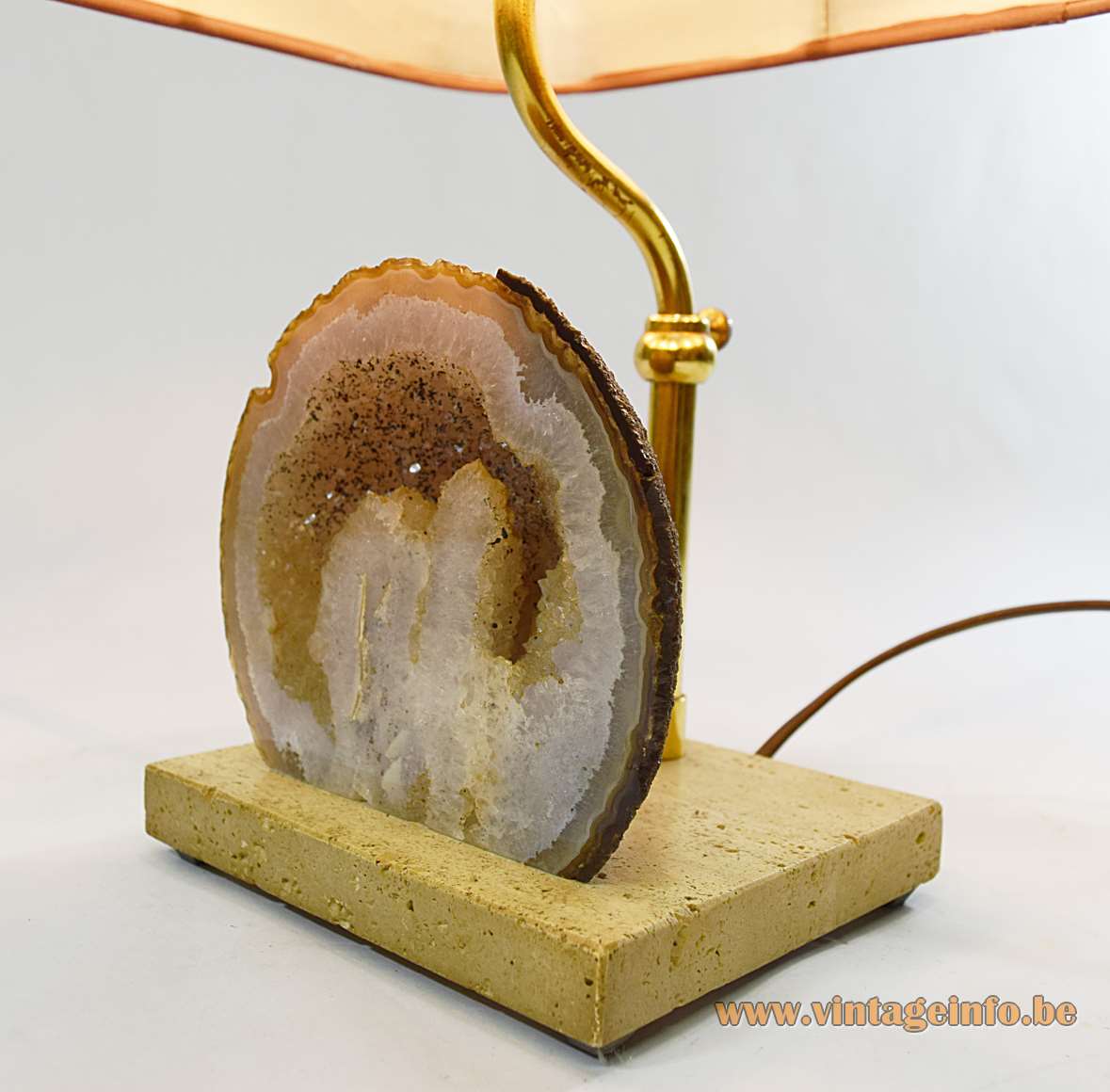 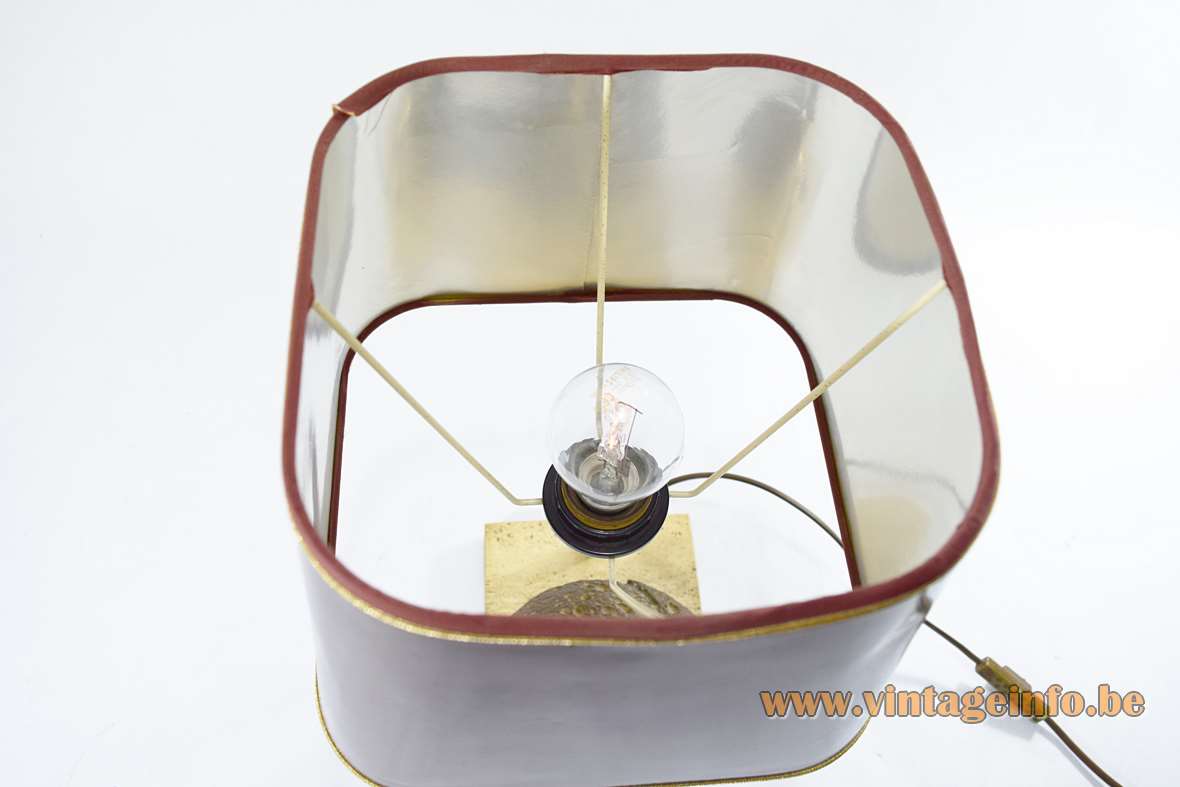 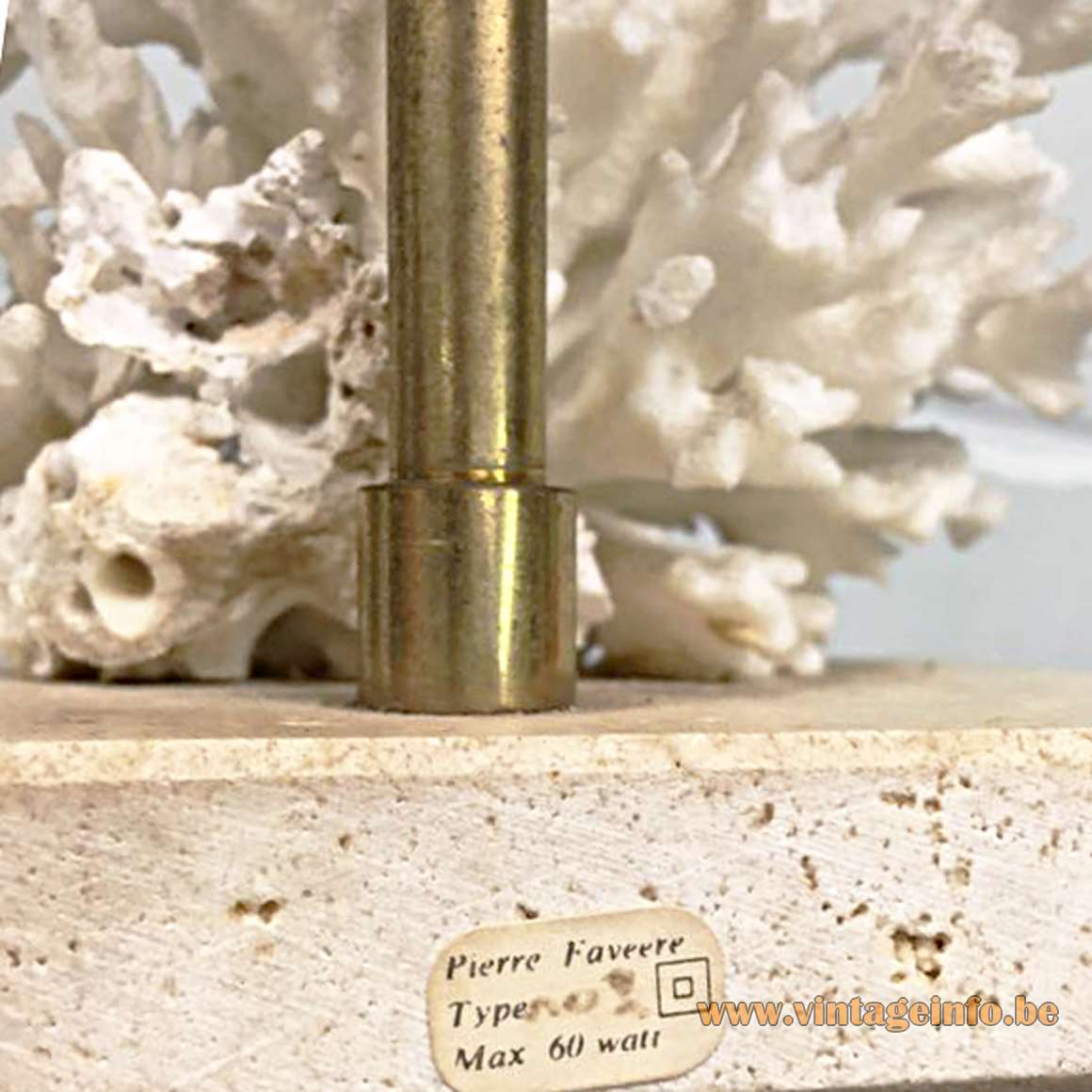 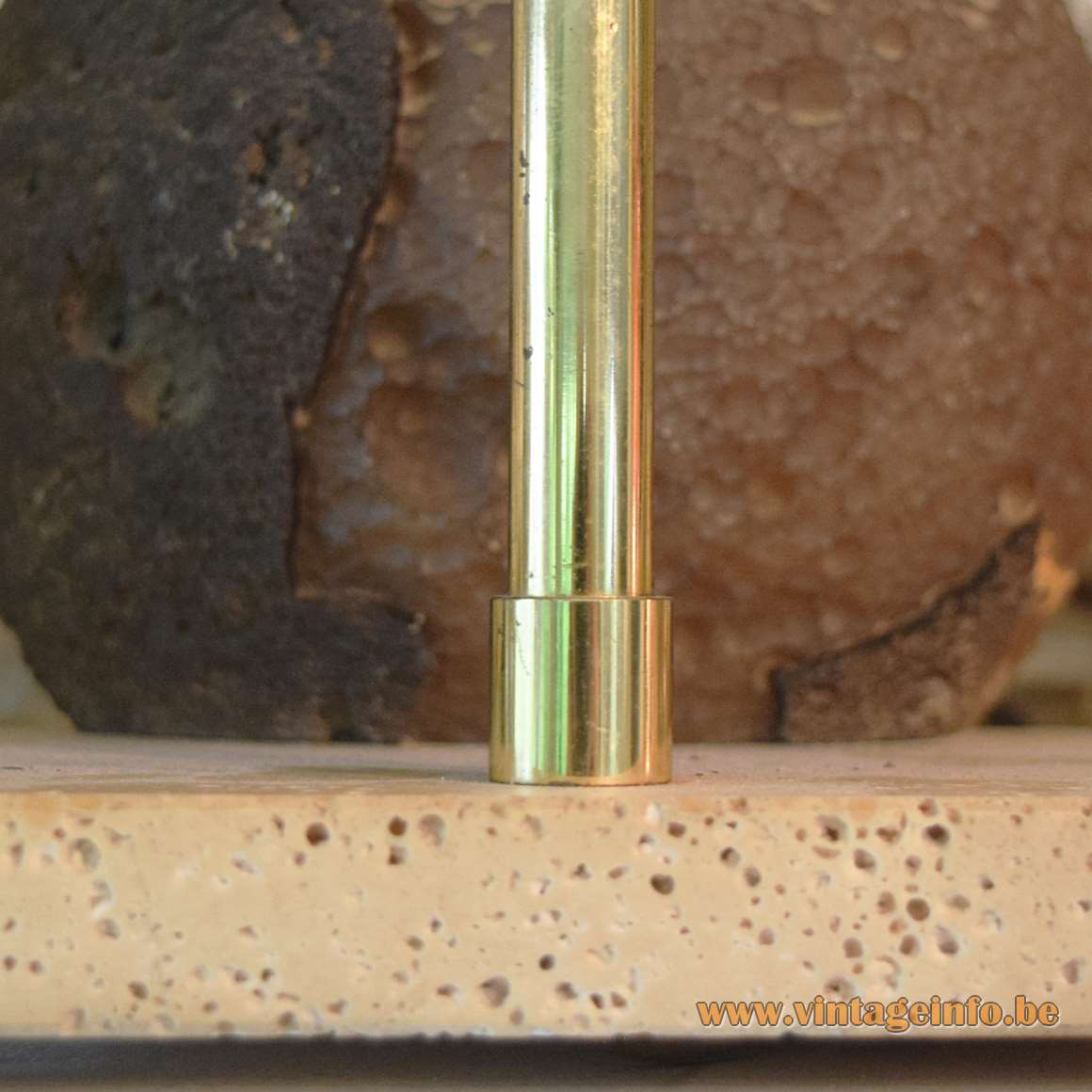 Electricity: 1 bulb E27, 1 x 60 watt maximum, 110/220 volt.
Any type of light bulb can be used, not a specific one preferred. But a clear bulb gives always the most beautiful result on minerals.

Other versions: This Pierre Faveere agate geode table lamp exists in several sizes and colours. Made with minerals, corals, shells and so on.

This Pierre Faveere agate geode table lamp has no label, but it made by Pierre Faveere. He used the same brass and travertine/limestone parts as you can see on the left on a coral table lamp with a label. No information to be found about him or his company, but the name Faveere exists only in France and Belgium.

In the 1970s many lighting companies produced table lamps in this style. Often made in Italy, France and Belgium.

These lamps are generally attributed to the famous Belgium artist Willy Daro, who was the owner and creator of Les Nouveaux Ateliers Willy Daro SPRL, in Brussels, Belgium. Willy Daro only produced high end lighting.


These lamps became popular because at that time the collecting of minerals, gems, fossils, shells and corals boomed. In almost each city appeared a store that sold minerals, fossils and corals, and also due to Willy Daro who made these lamps famous. 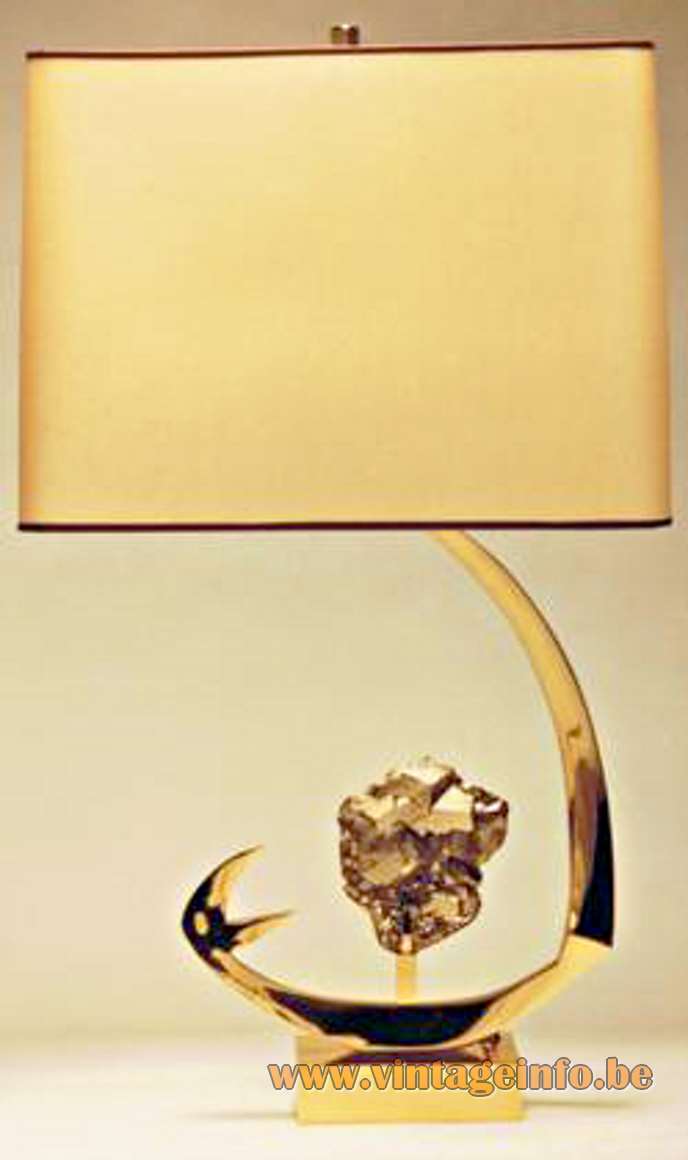 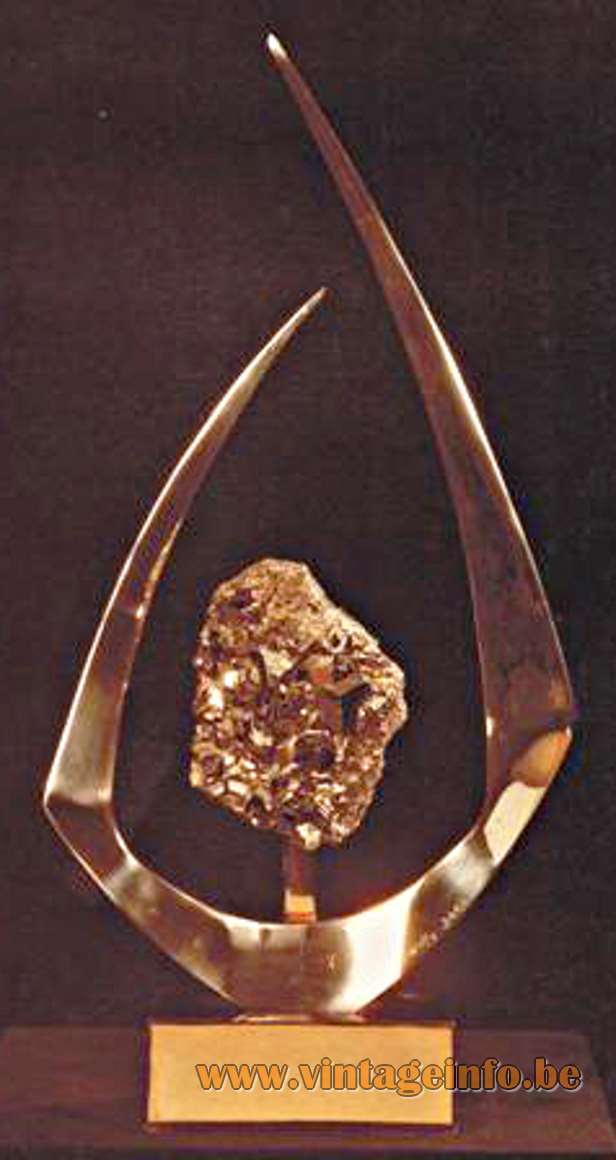