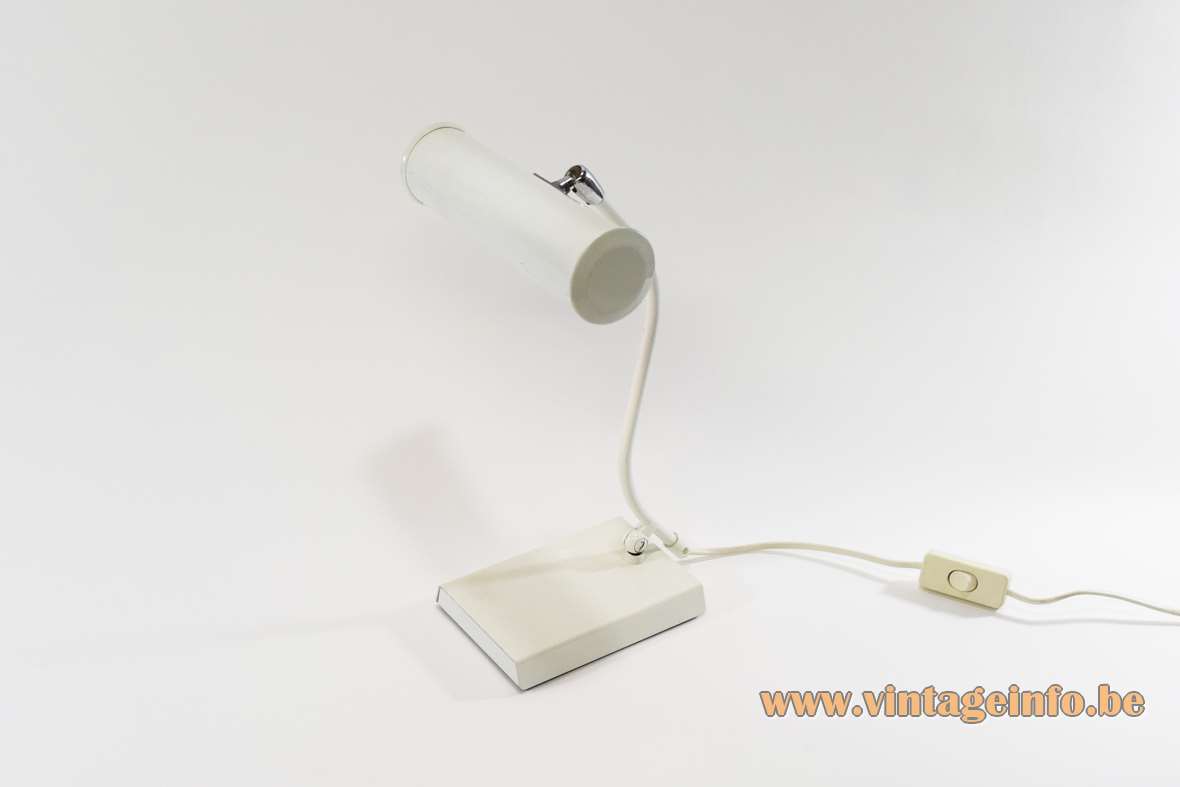 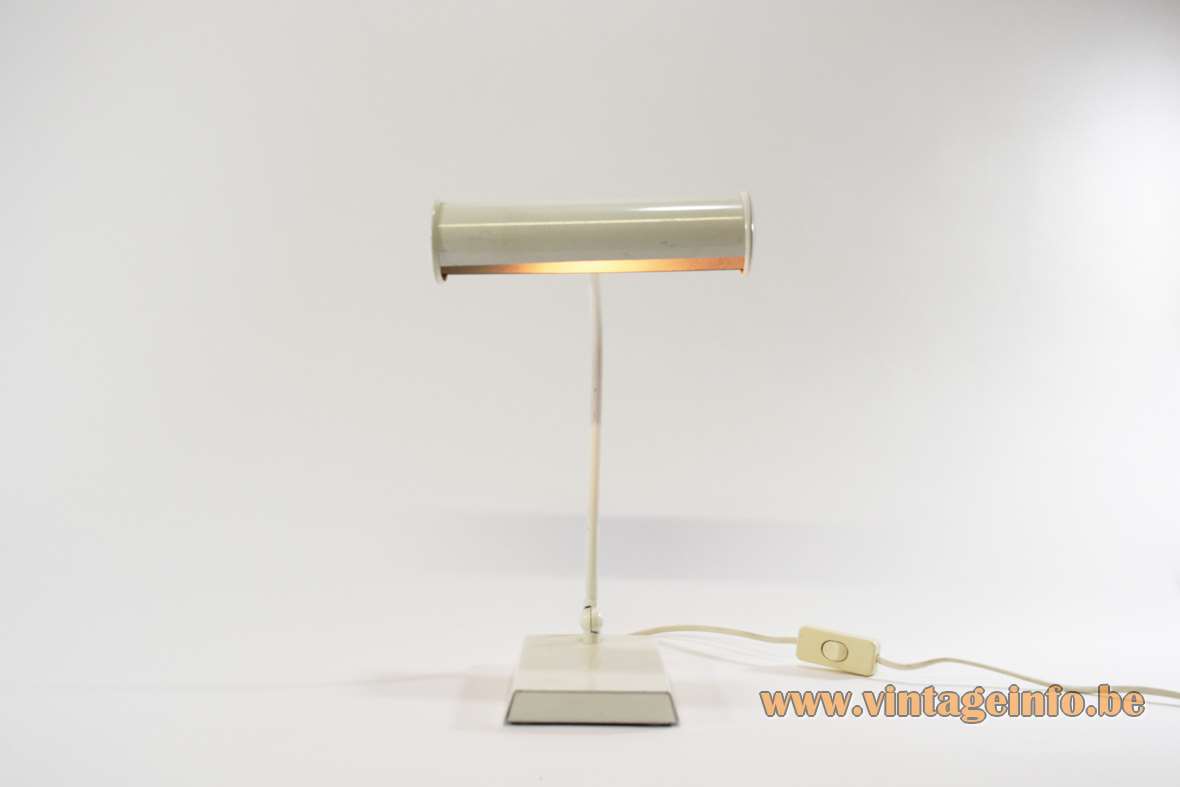 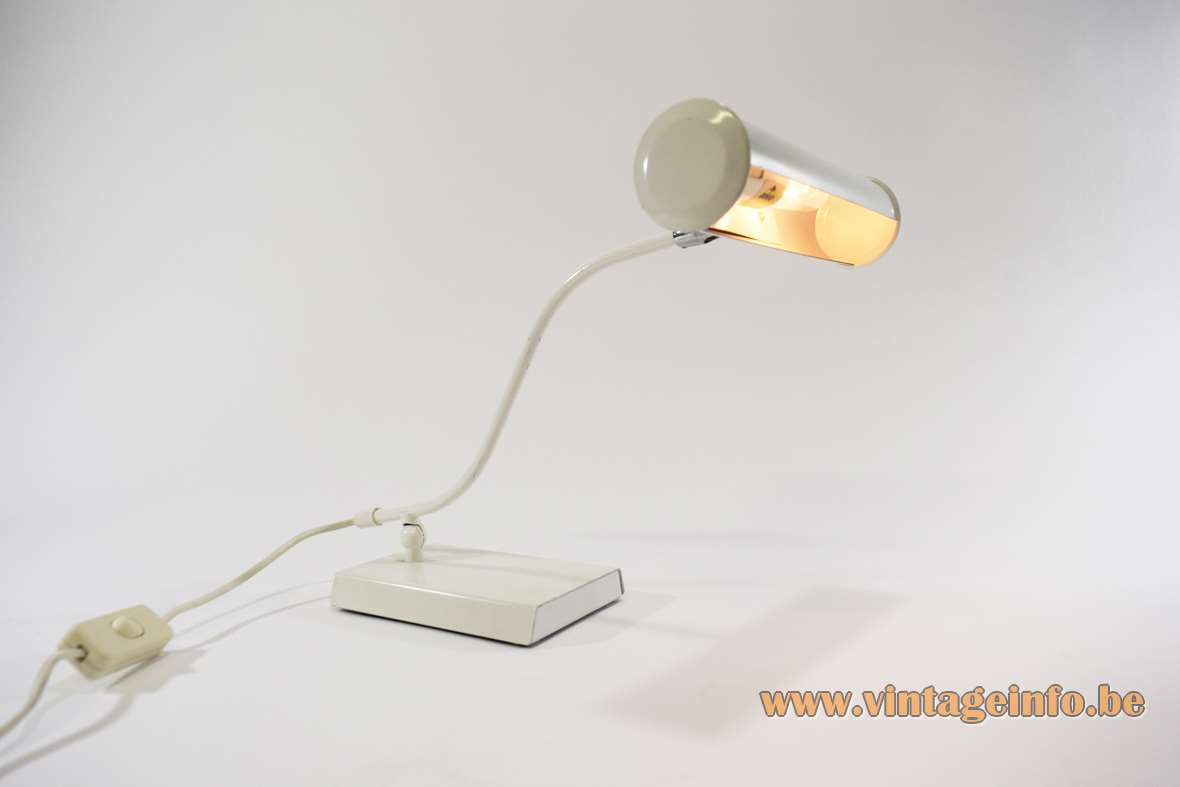 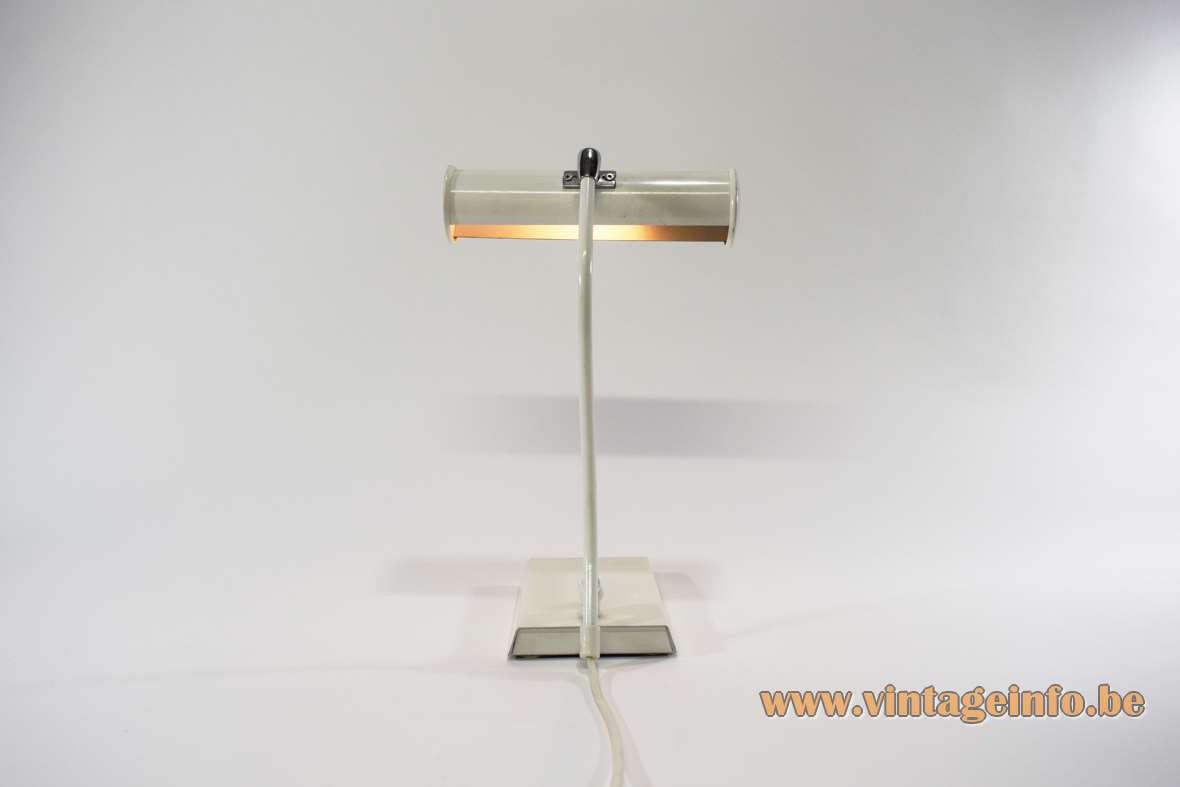 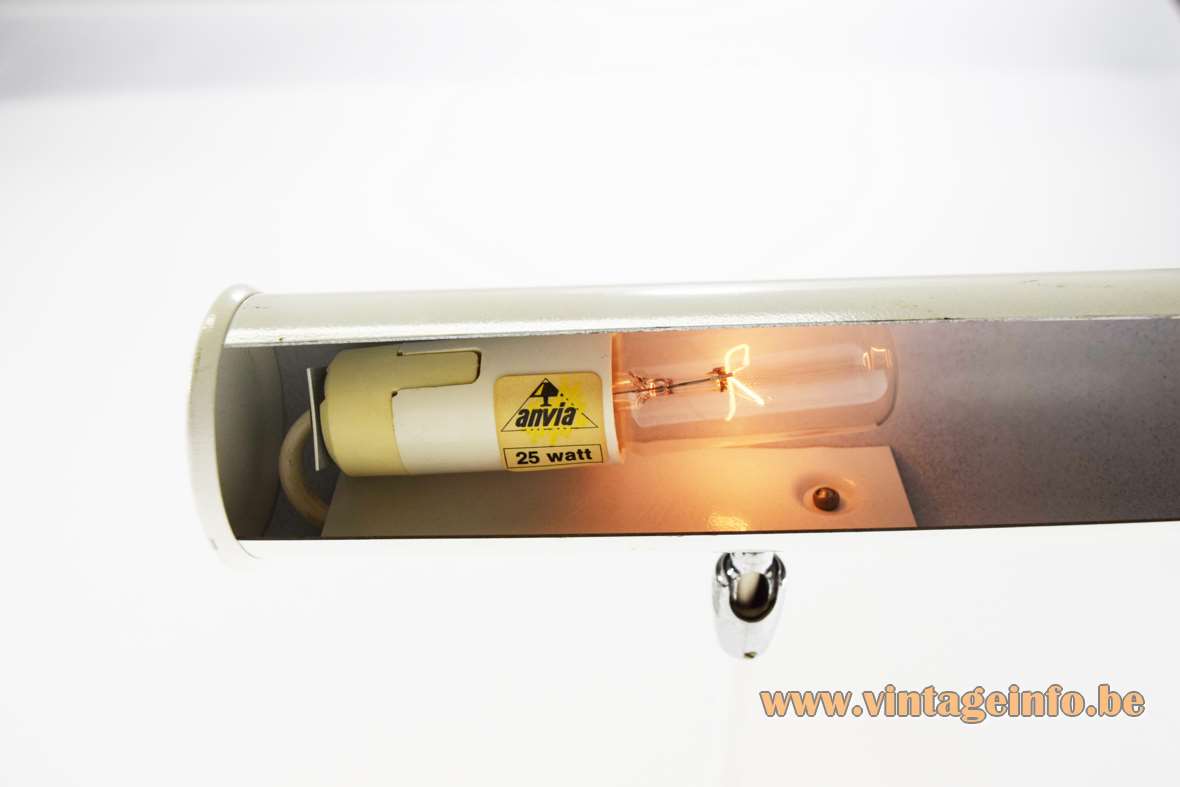 Other Versions: This white 1980s ANVIA desk lamp exists in several colours. ANVIA produced these lamps for many years. This one is from the late 80s.

This lamp has everything to be a picture light, but it has no wall connection. The label is glued on the socket.

Daughter Ilse Kaufmann-Liebert is the only one to survive, and when the war is over, Ilse and her husband Fritz Kaufmann start rebuilding the factory on request of the workers. In 1952 not only the company is growing fast, but also Ilse and Fritz their family is. They have 3 children at this point. Fritz dies in 1952 and Ilse is on her own to lead the company. A time of external directors encounters. Later in the 1950s Ilse meets Industrial designer JJM Hoogervorst from Haarlem on the year exhibition in Utrecht. This is when the glorious days of ANVIA begin. It is the 50s and 60s. The designs of JJM Hoogervorst gets ANVIA to an international level of fame.