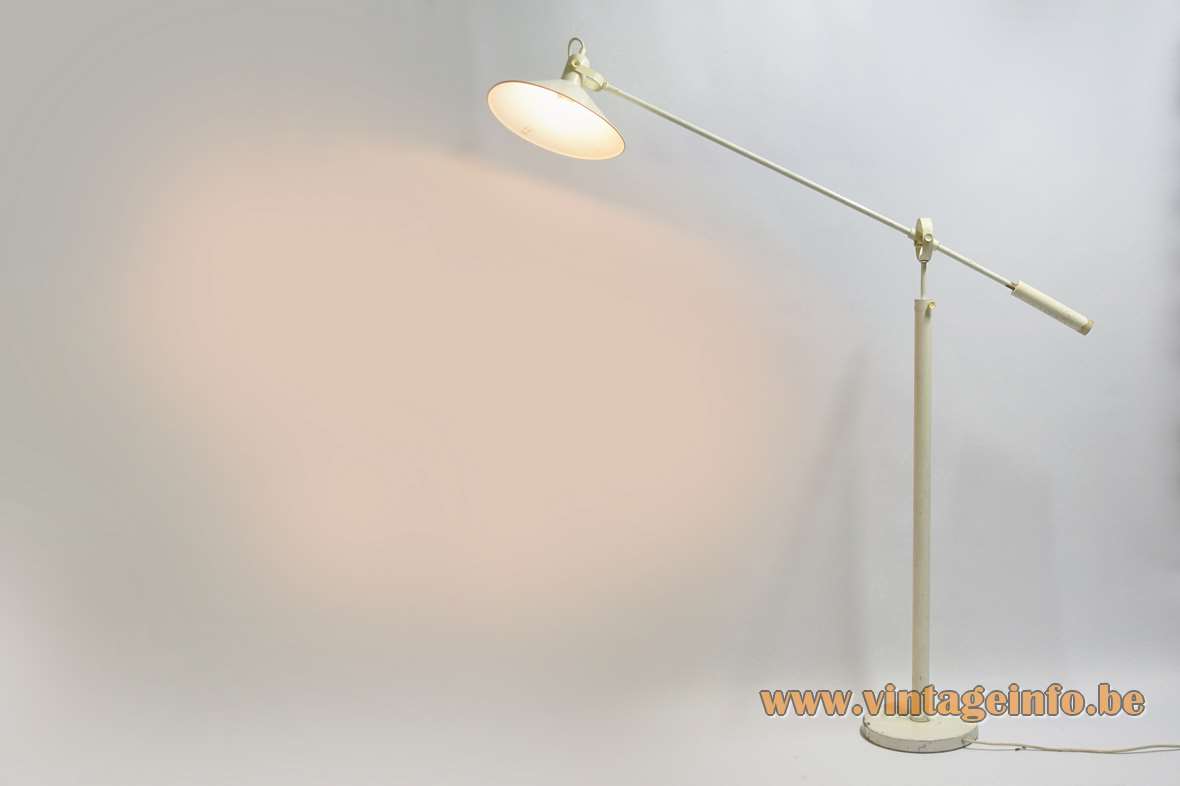 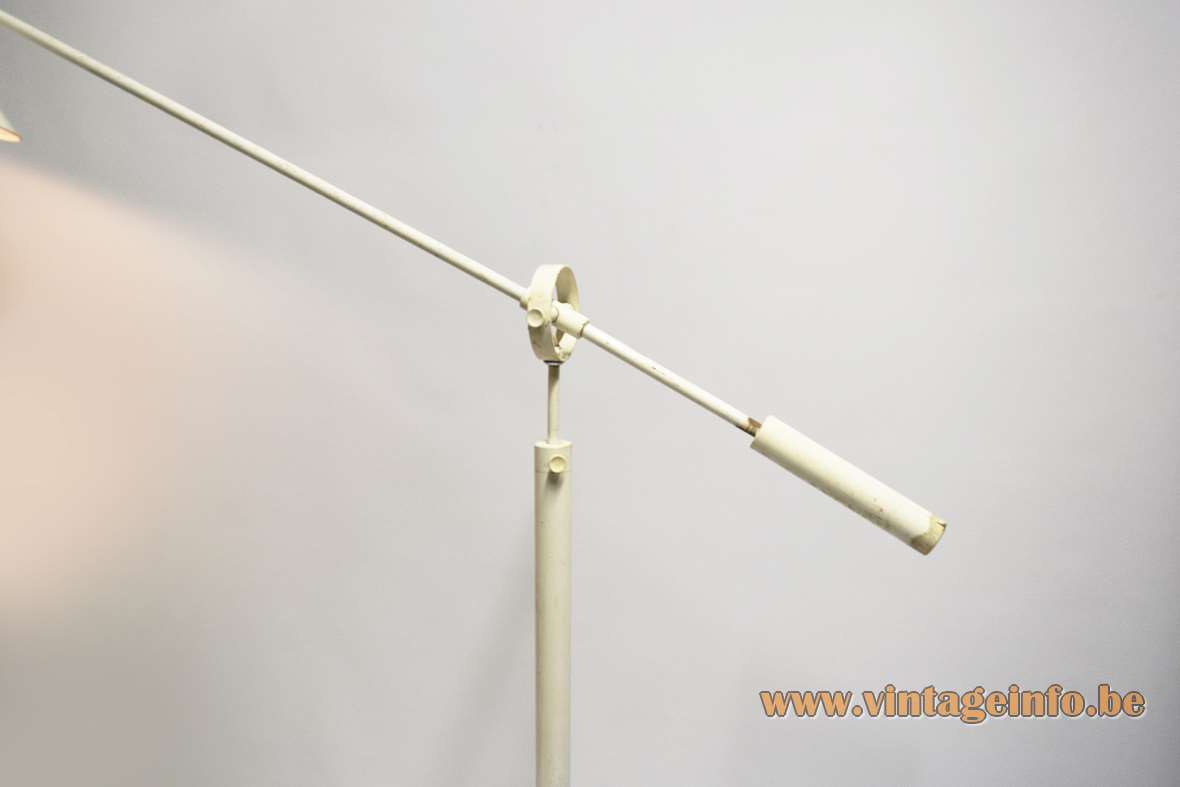 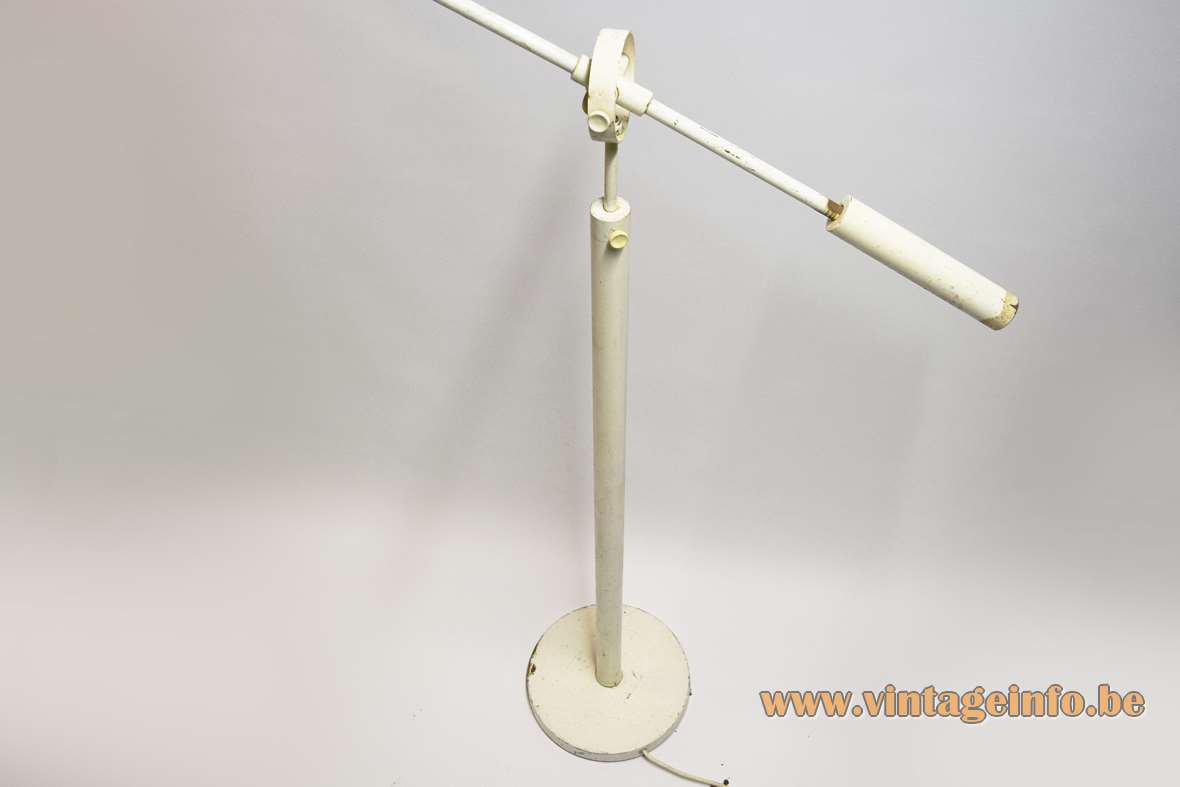 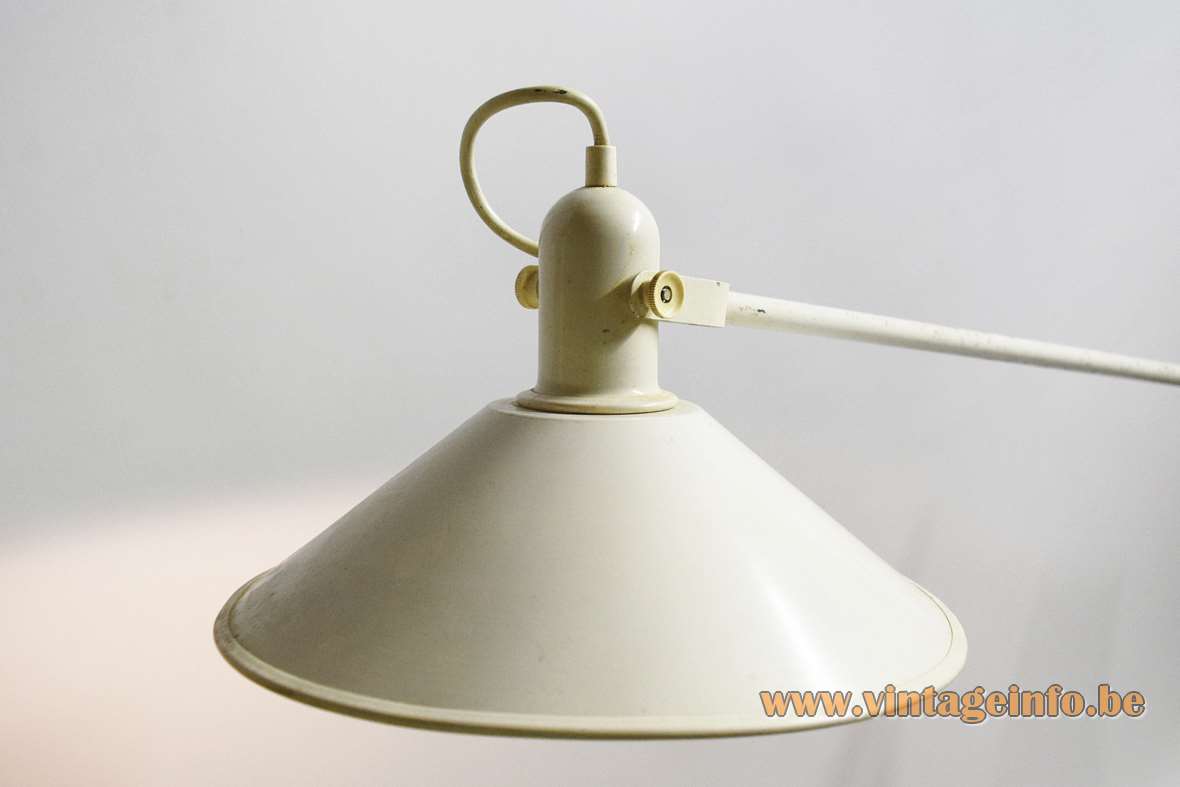 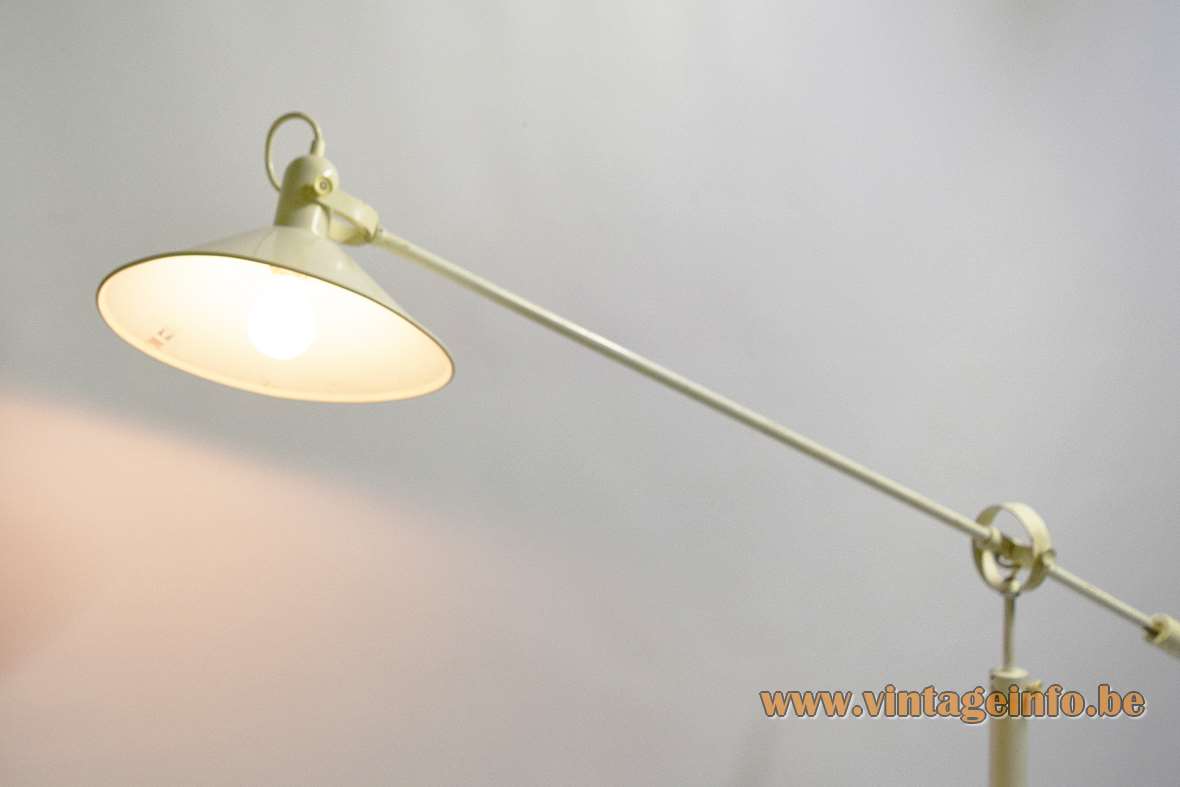 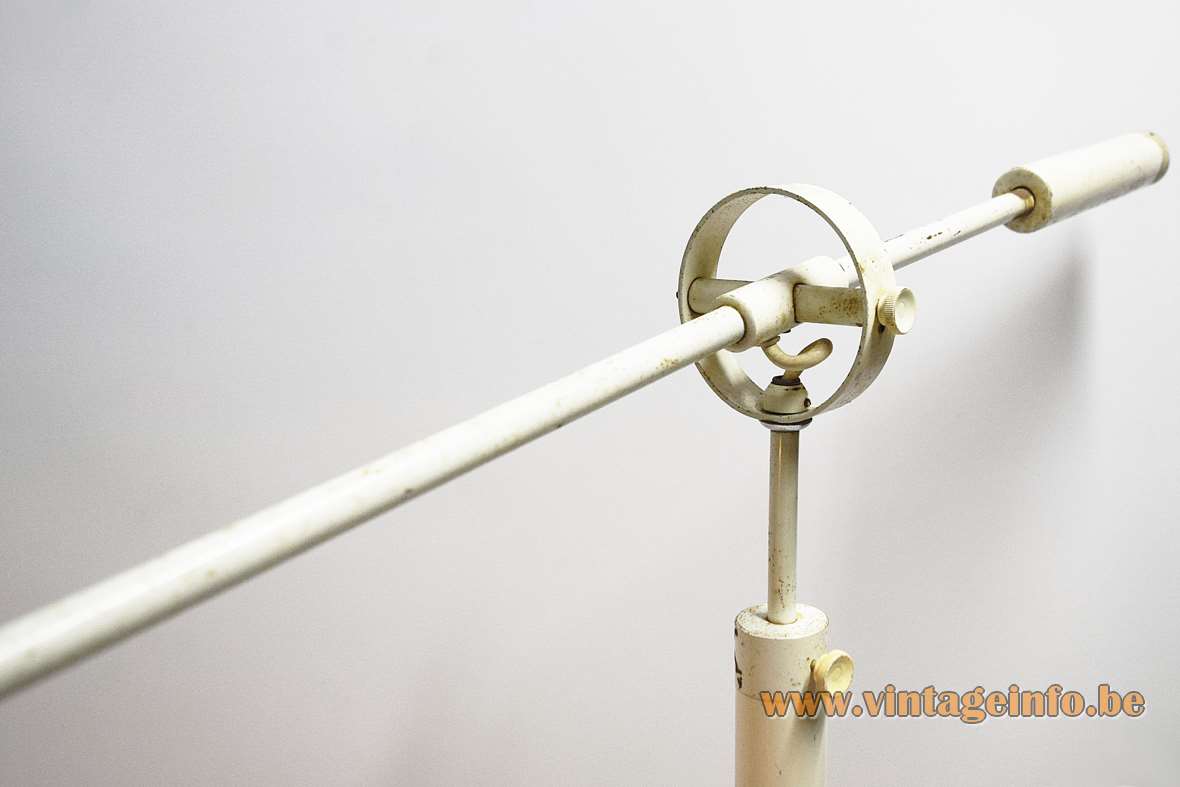 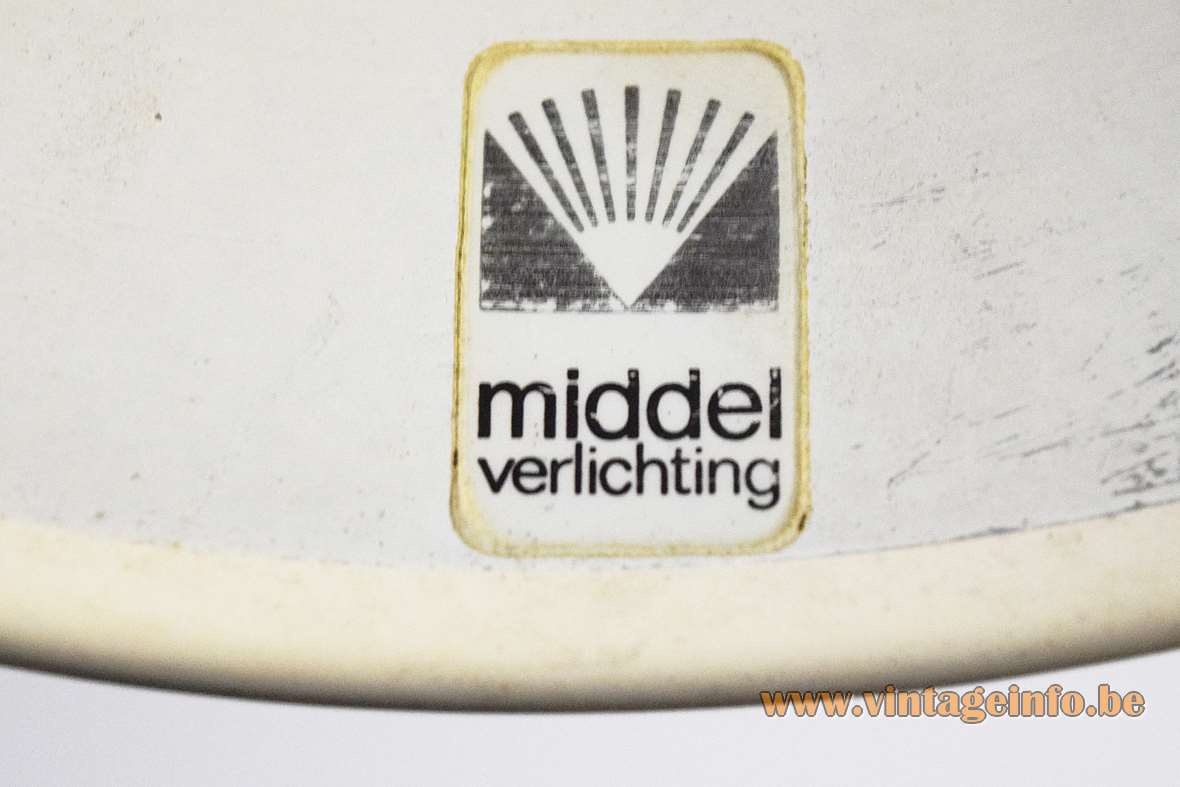 Other versions: Made in some varieties over the years and produced since 1959. Also made as a ceiling lamp. The ceiling lamp is back in production since 2016.

In The Netherlands these counterbalance lamps are named fishing rod lamps (hengellamp).

This ANVIA counterbalance floor lamp has a label inside the lampshade of a shop in Groningen, The Netherlands. It was named Middel Verlichting and it is long gone. Today a shoe store is located on the same address “Guldenstraat 12“. The slogan of the shop was: “Er is maar één middel in verlichting: Middel Verlichting“- There is only one way in lighting: Middle Lighting.