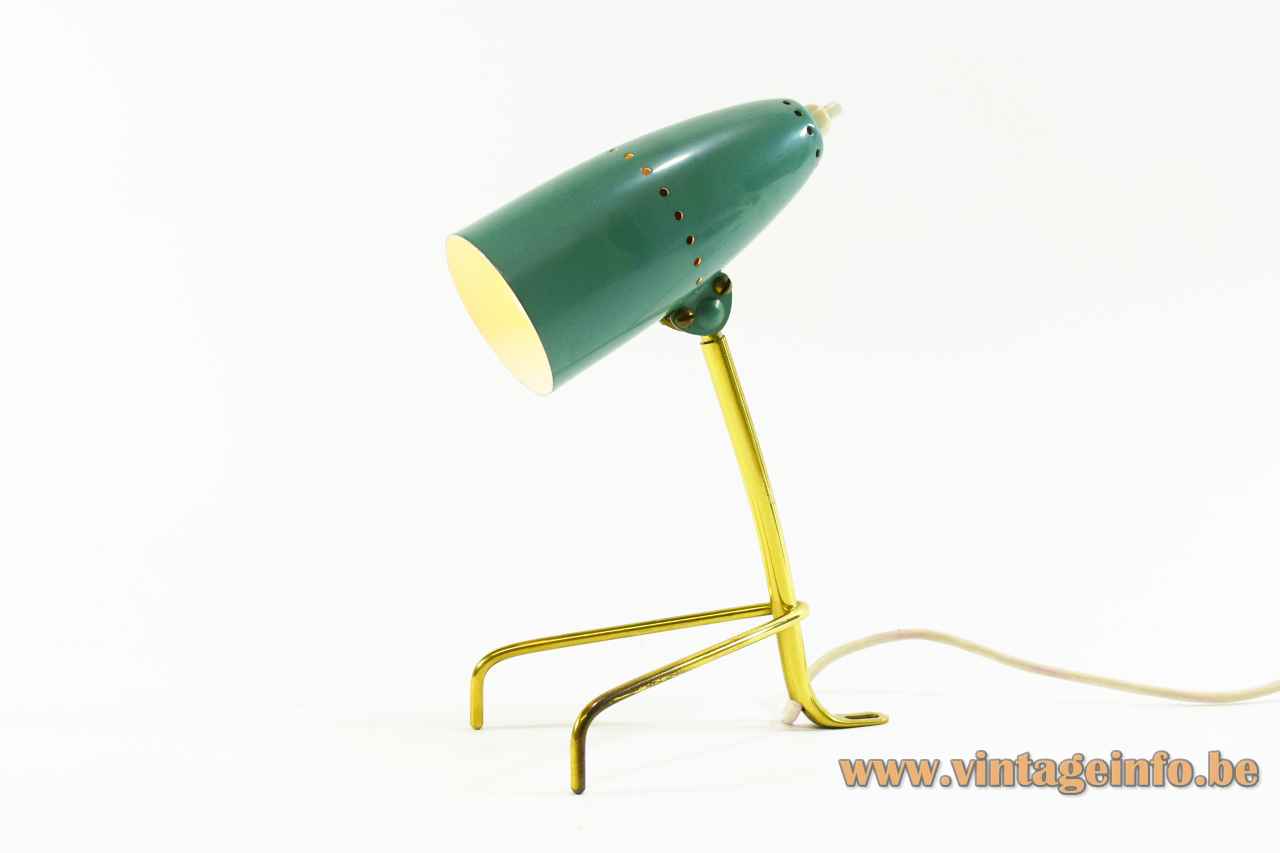 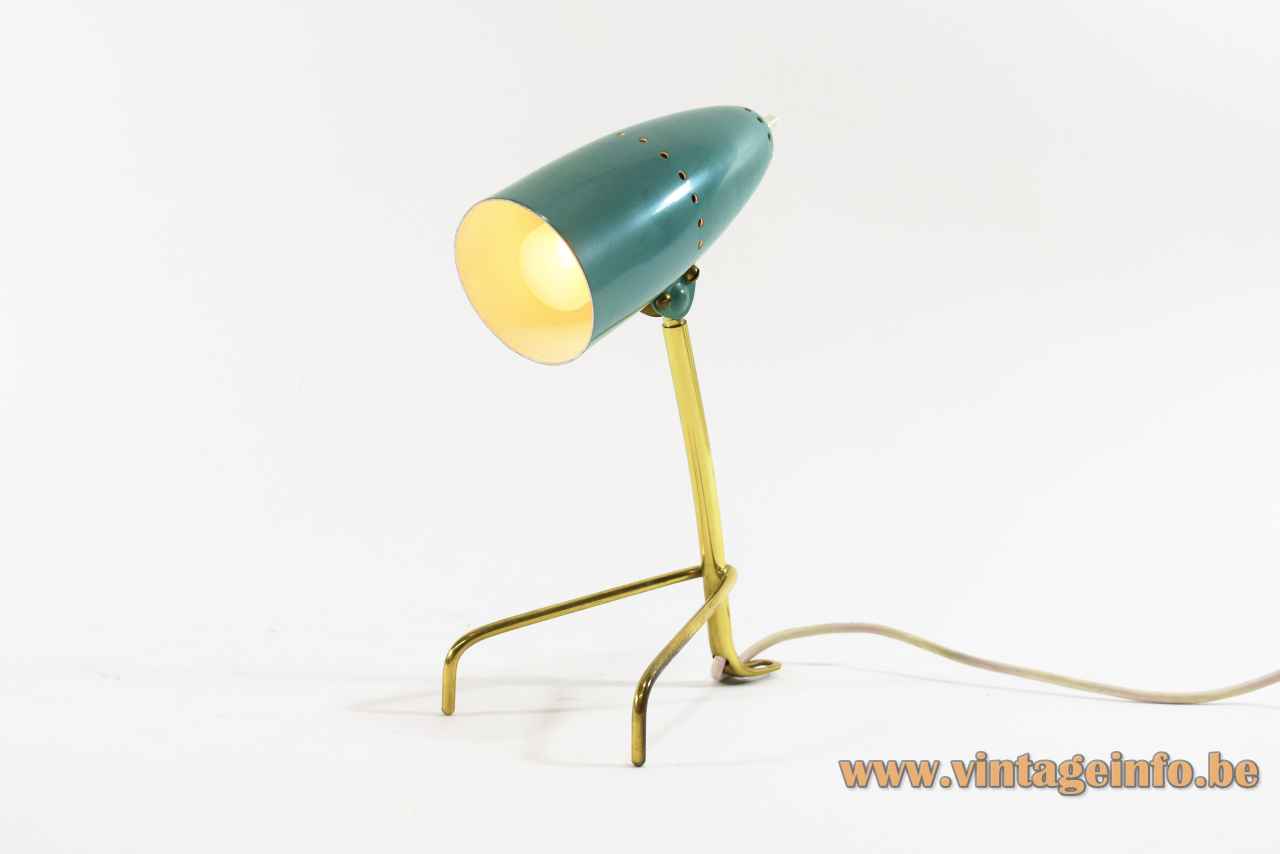 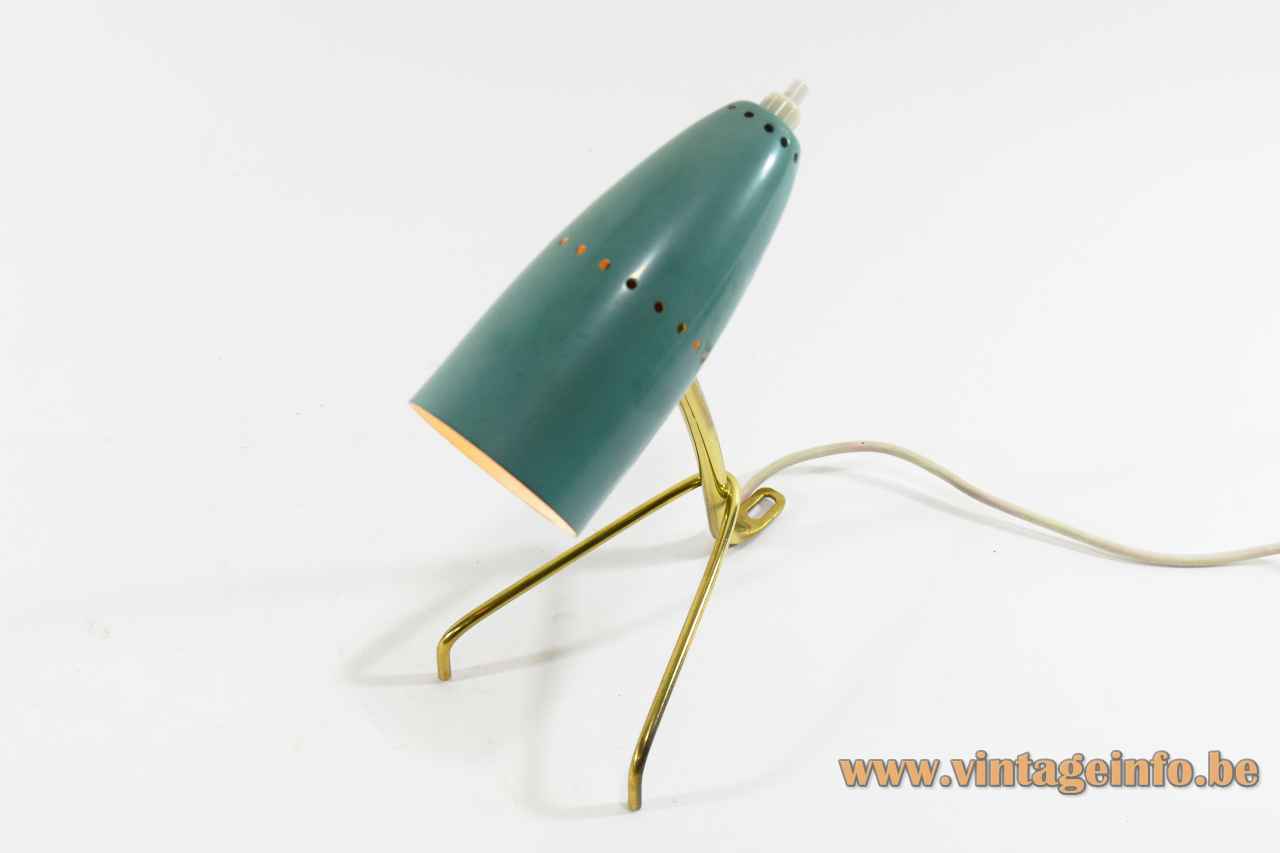 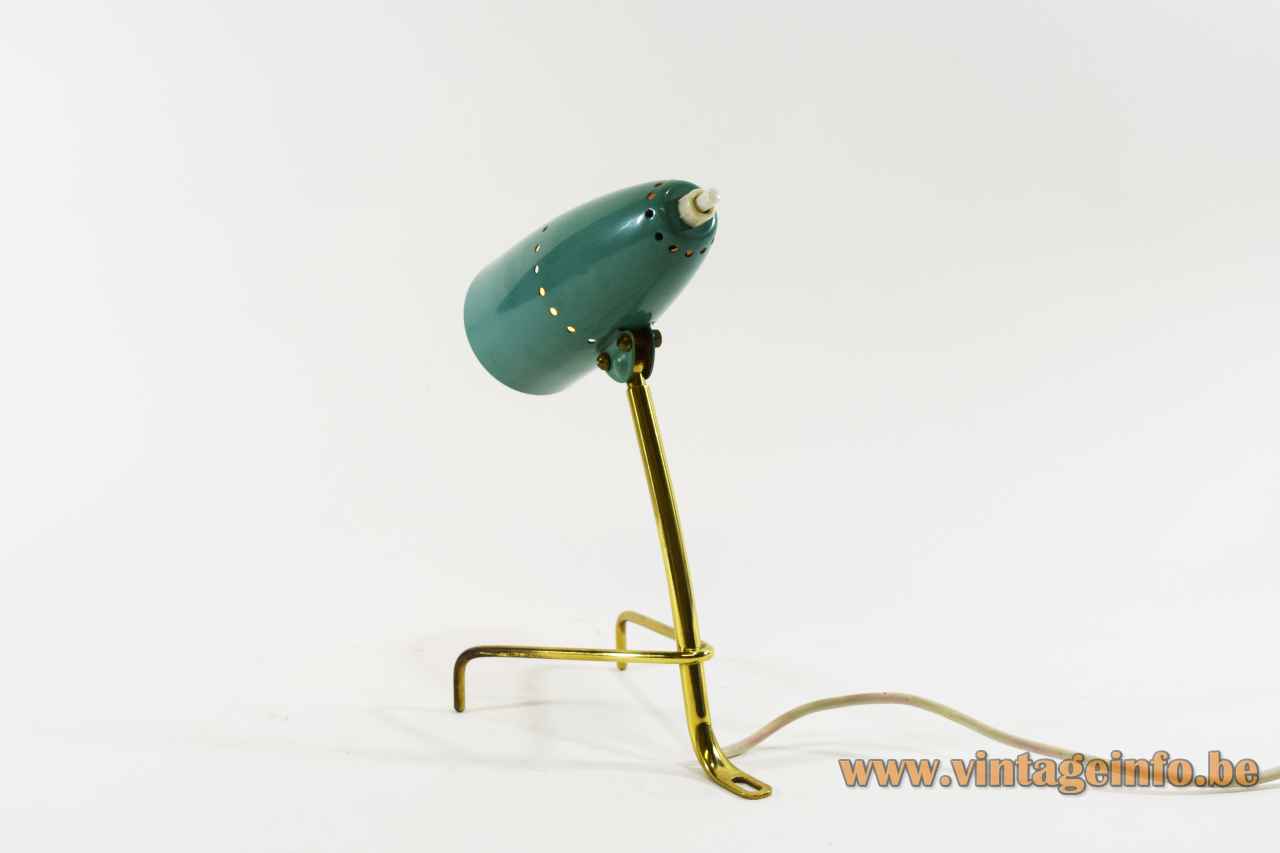 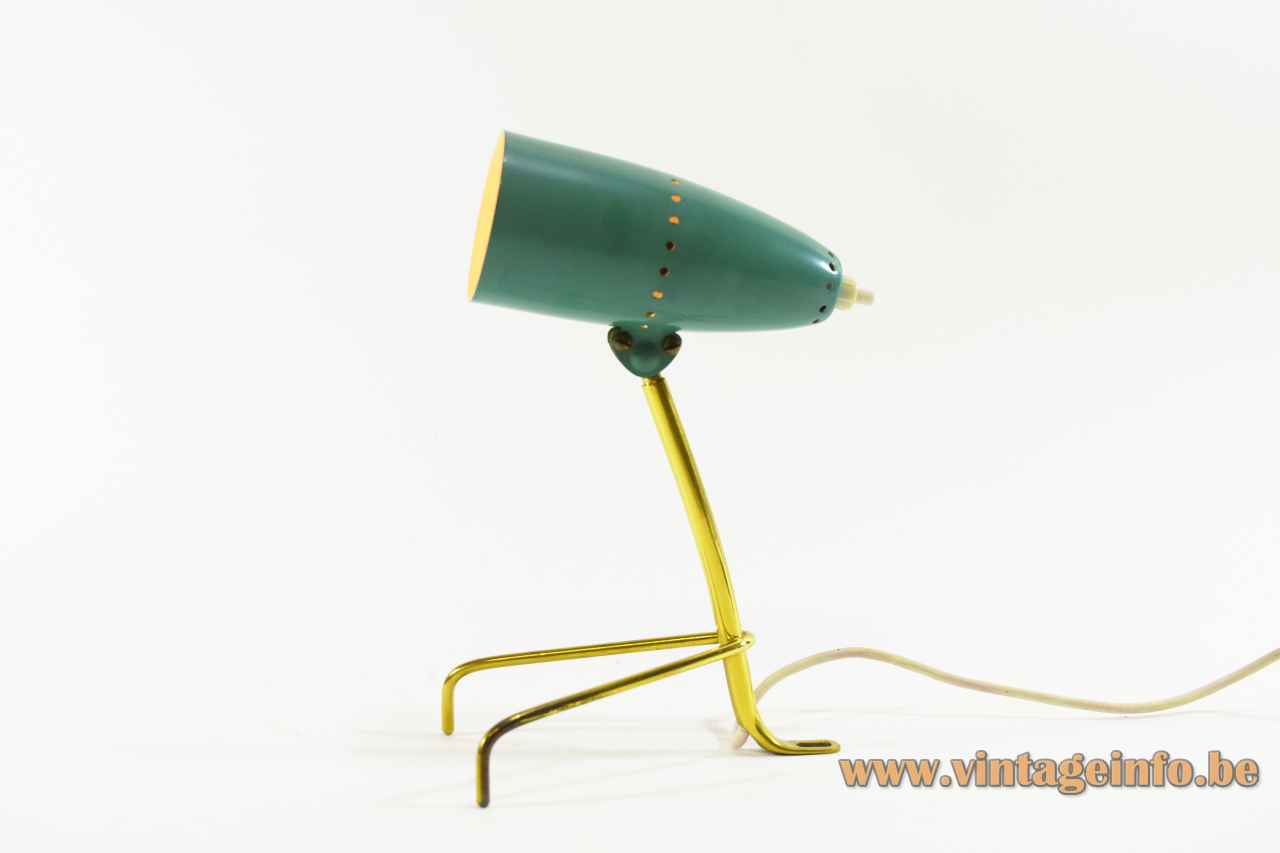 Other versions: This 1950s turquoise bedside lamp exists in several colours and sizes: vanilla, red, blue, green… Also an aluminium version exists with only the inside painted white. This lamp is designed for use as a wall lamp or table lamp, hence the hook. Also a version with another joint was made, and with a single row of holes on top. You can find it over here.