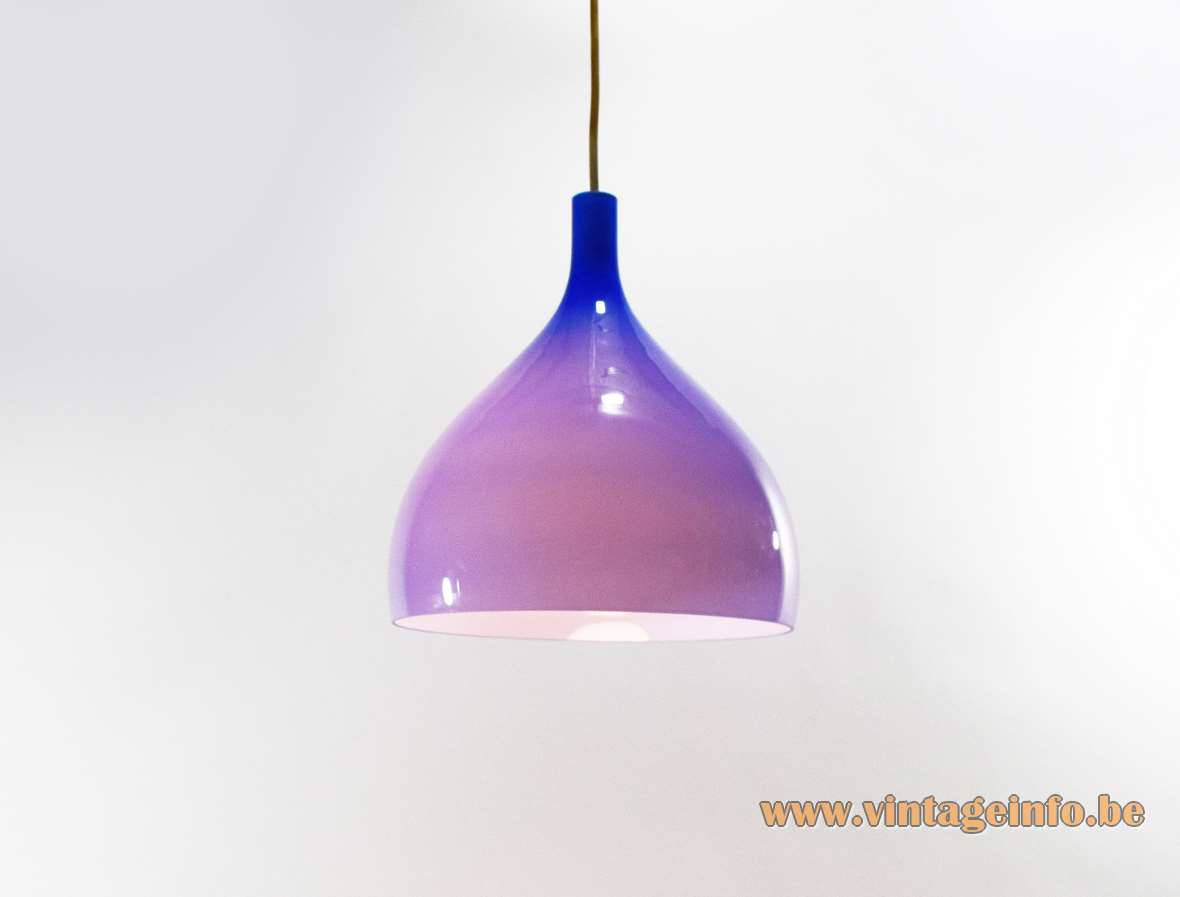 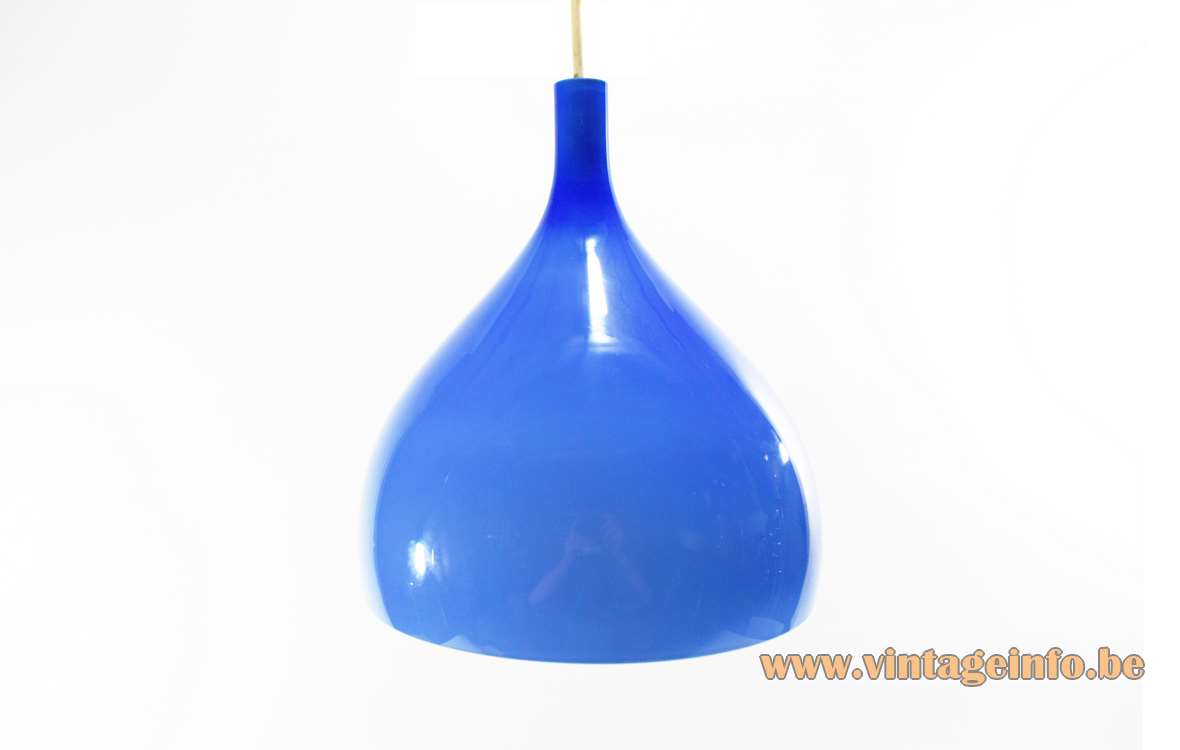 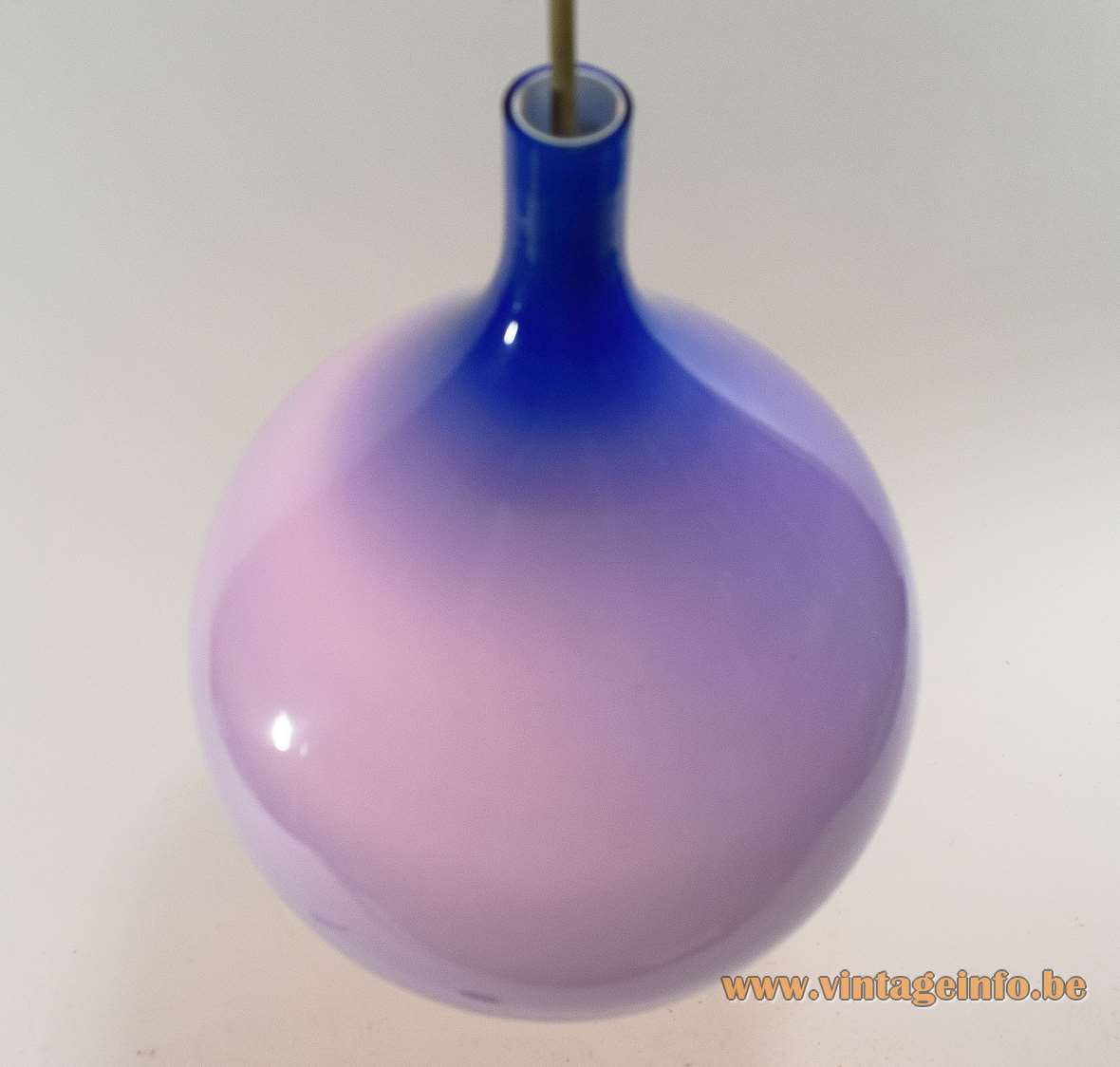 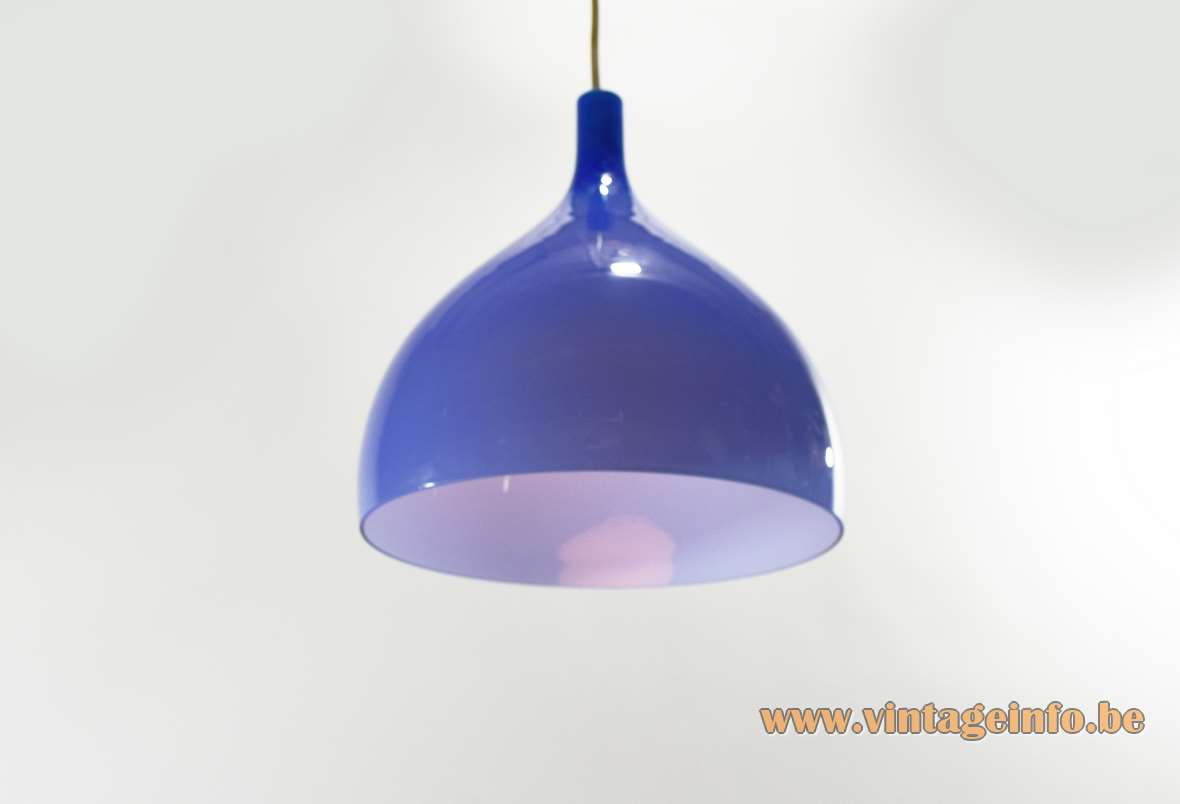 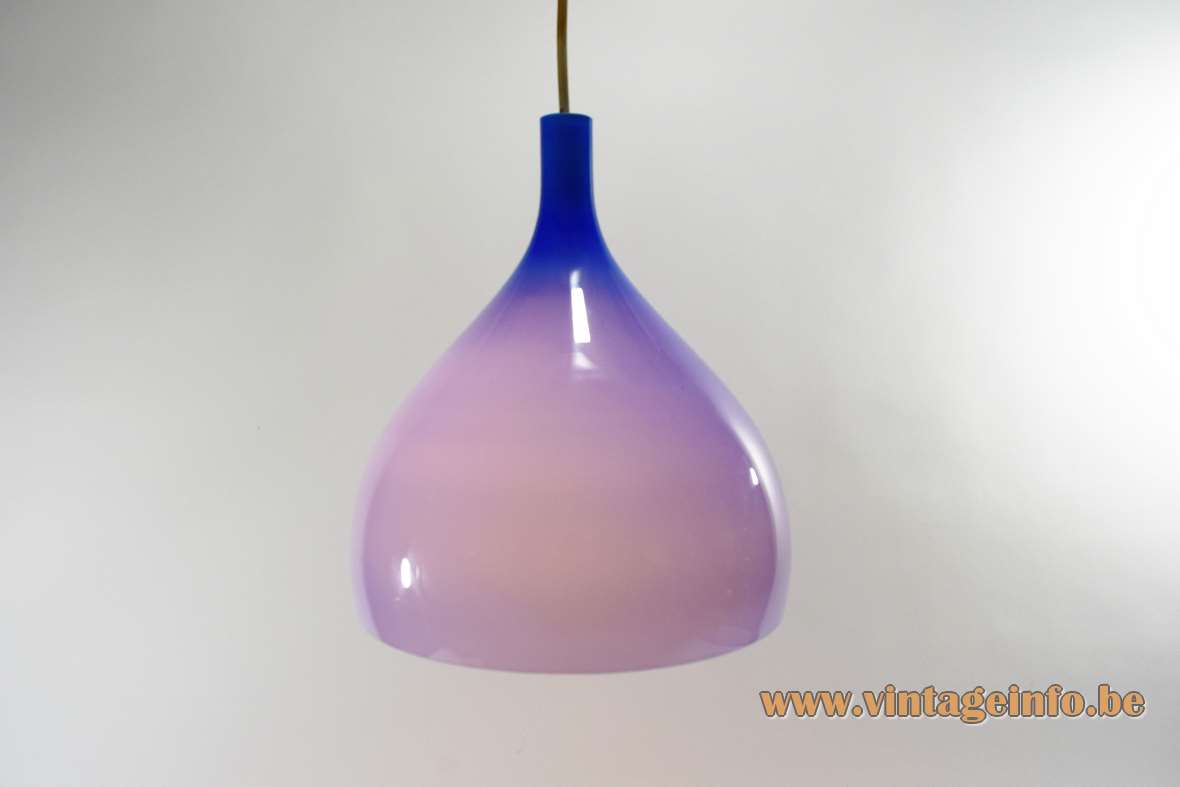 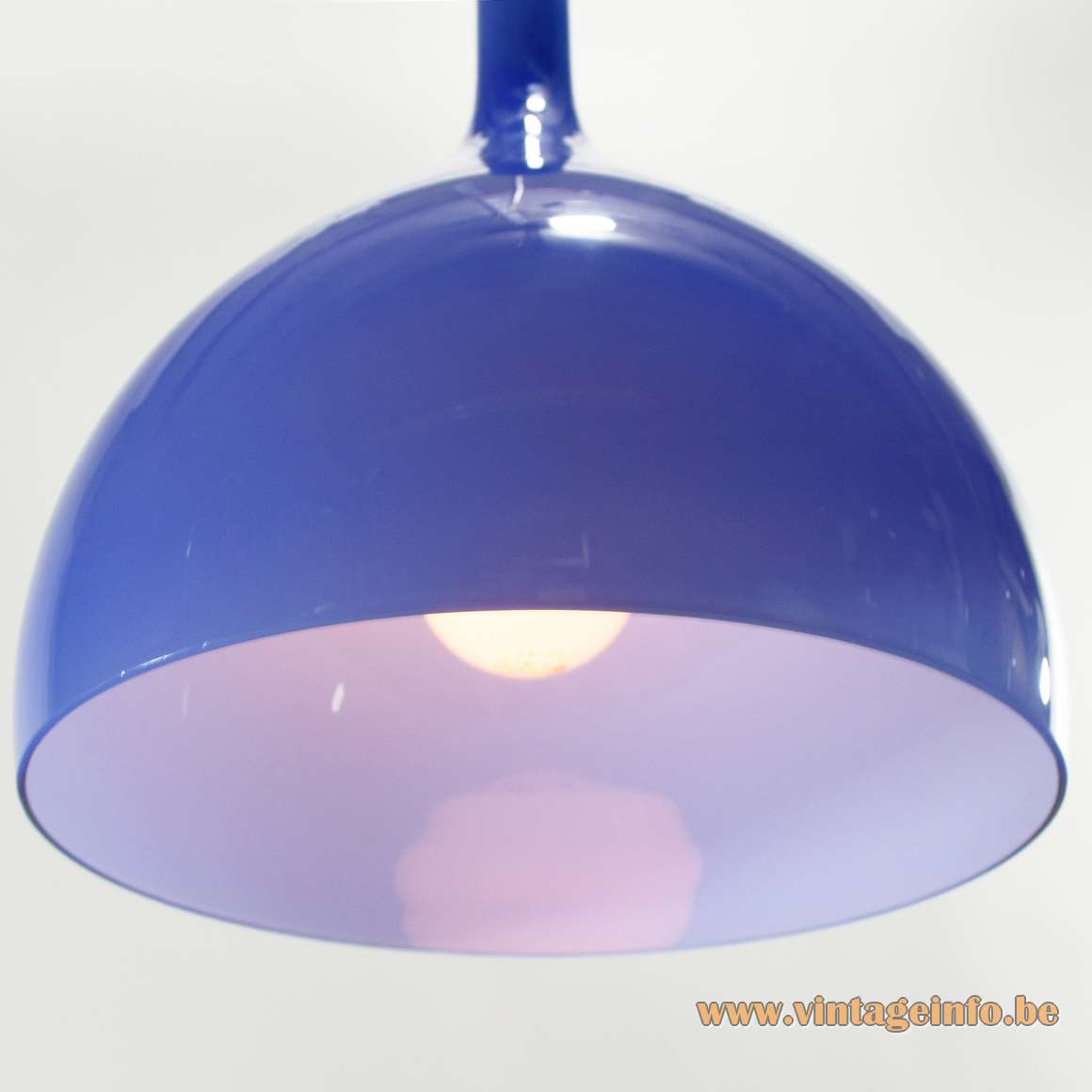 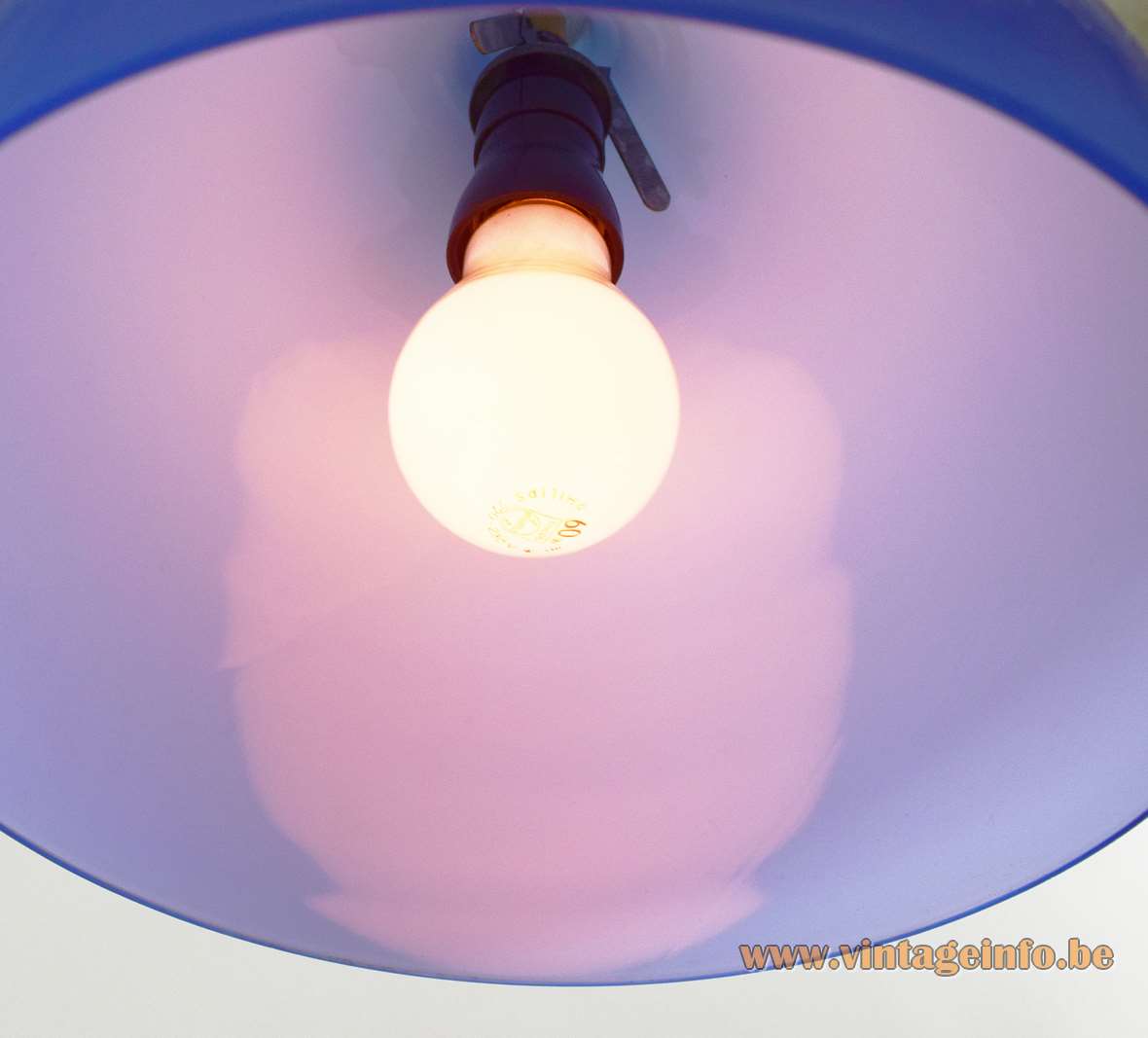 Materials: Hand blown crystal Murano glass in a bell form. Clear blue on the outside, white on the inside (incamiciato).

This hand blown blue pendant lamp was designed in the late 50’s, early in Massimo Vignelli’s career, when he lived in Venice. The lamp is made by Venini, one of the most outstanding art glass companies on Murano.

Incamiciato: overlay lattimo glass (= milky looking glass) with a layer of transparent coloured glass. It is the alternative for vetro doublé.