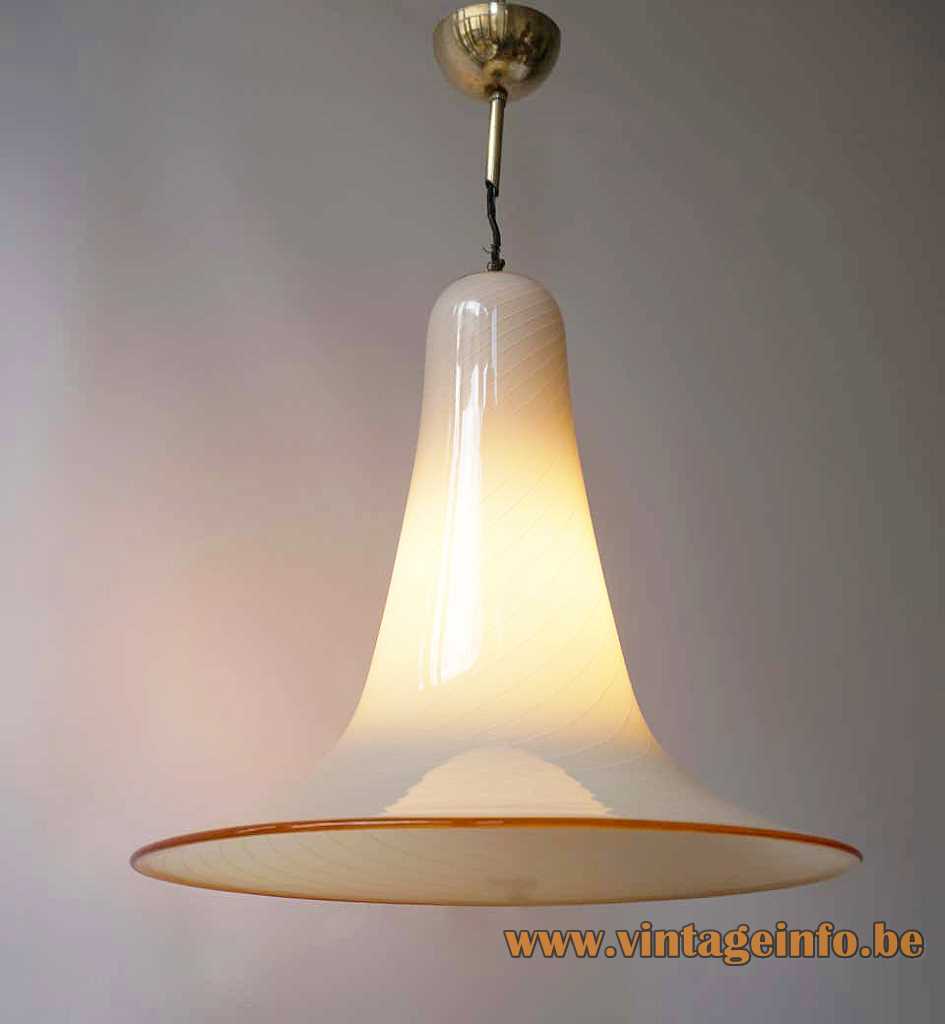 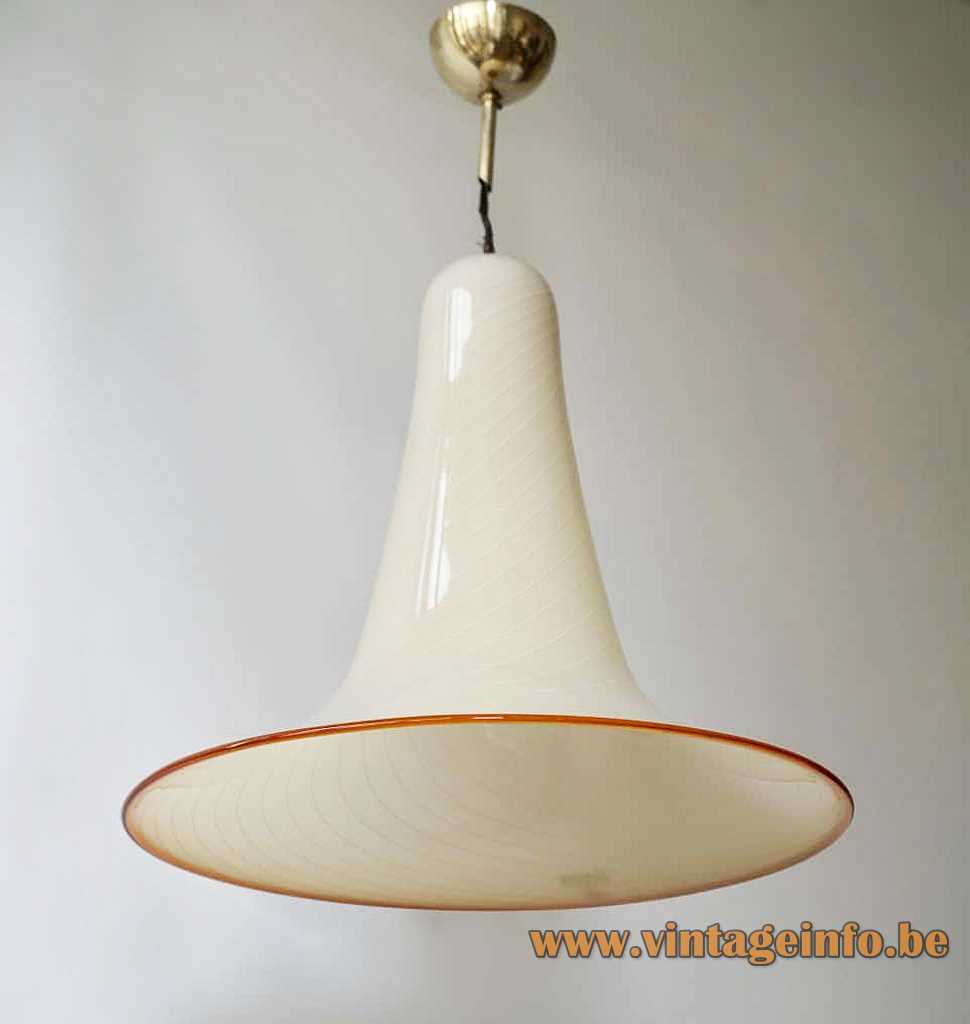 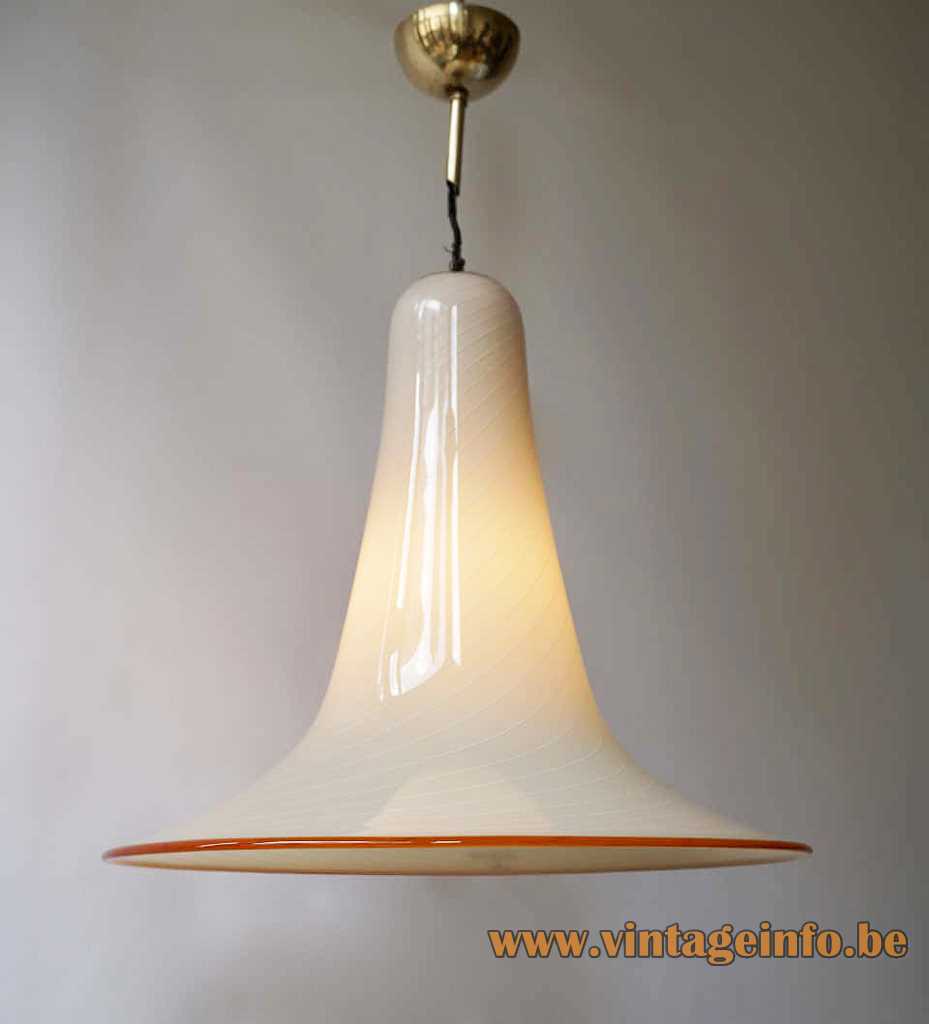 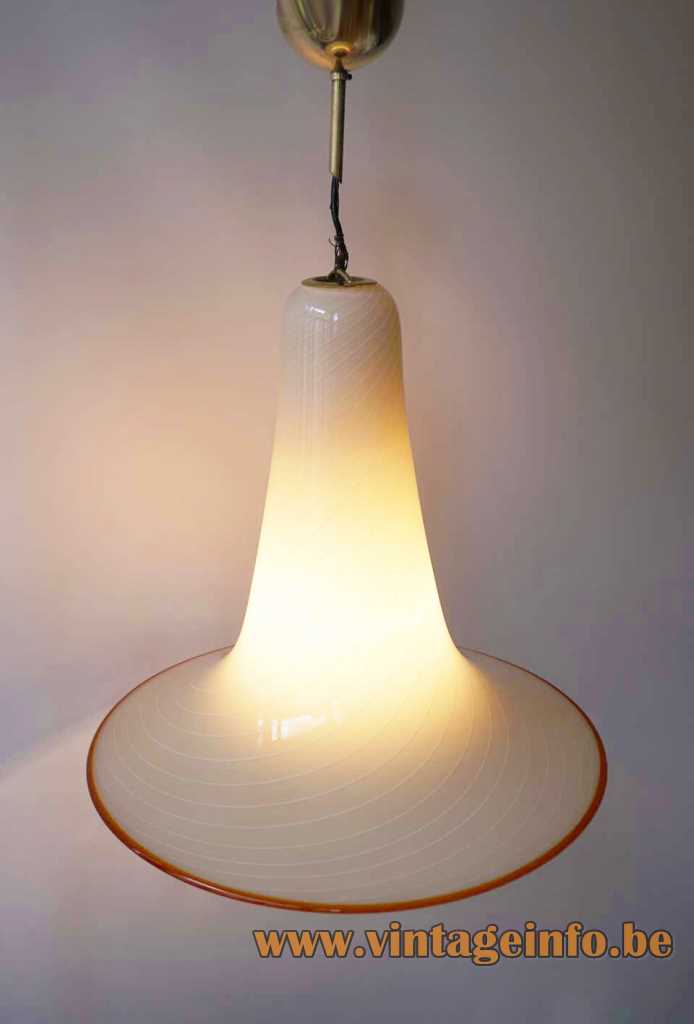 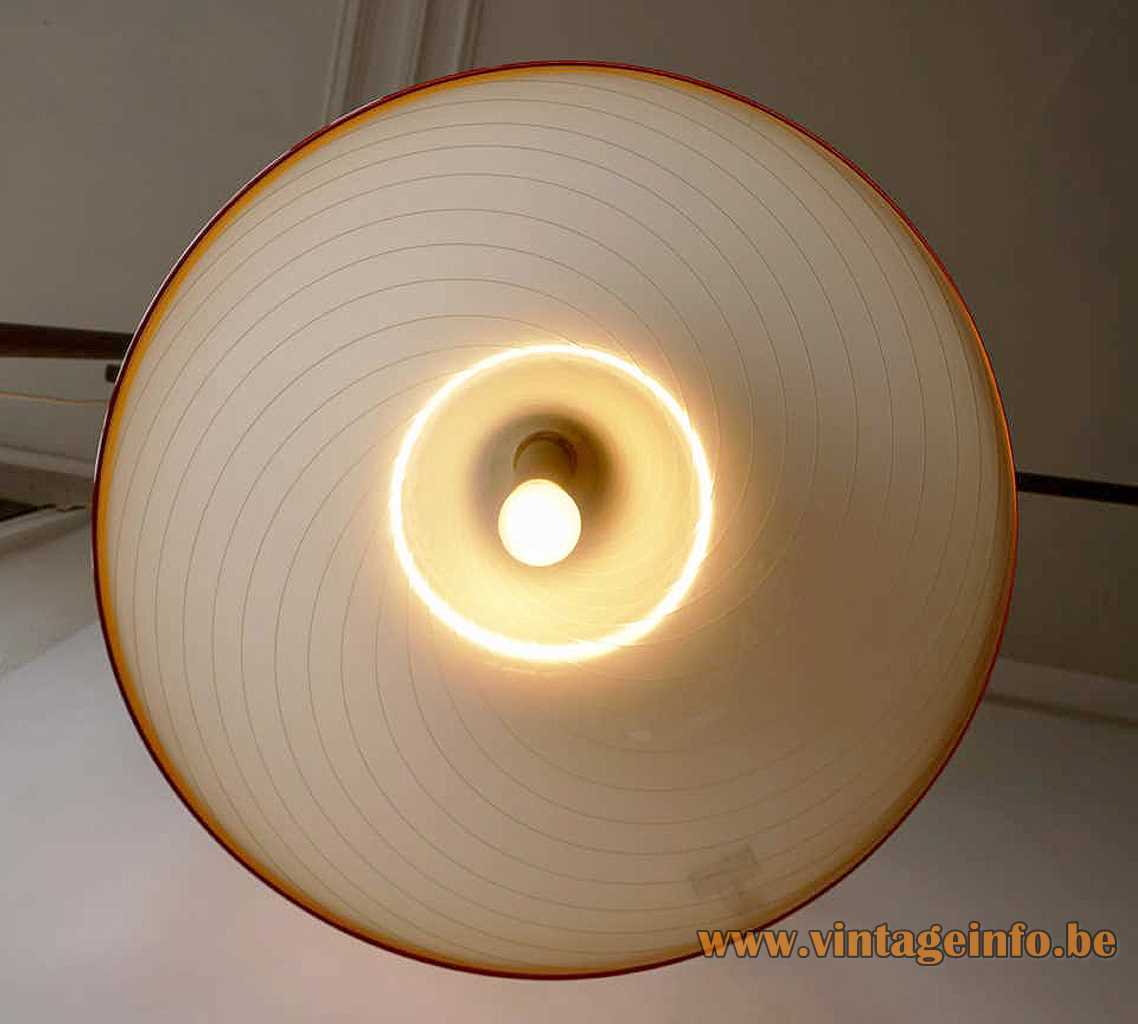 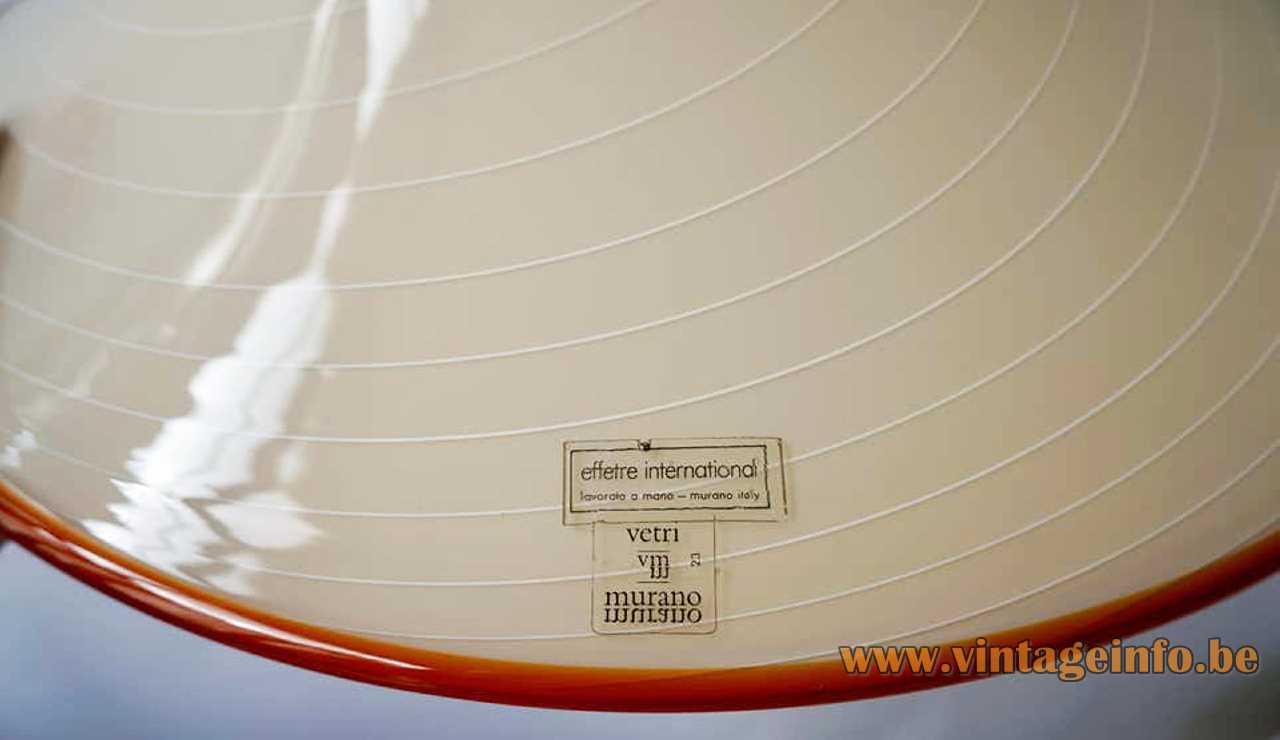 Other versions: This Effetre Murano trumpet pendant lamp was in  all probability produced in several variations.

Lino Tagliapietra was born August 10, 1934 in Murano, Italy and has also worked extensively in the United States. As a teacher and mentor, he has played a key role in the international exchange of glass blowing processes and techniques between the principal American centres and his native Murano, but his influence is  apparent in the whole world. Lino is master in this striped technique. Tagliapietra made many items for the Effetre company, in all probability also this pendant lamp.

The Effetre company’s name is the abbreviated form of fratelli tre or three brothers.  The company originates from the 19th century Moretti factory. Moretti or Effetre glass, is a medium-soft glass and is well known for its wide range of colours and the ease with which it is moulded and shaped when hot. Today the firm is named Effetre Murano S.r.l.

Effetre is the sole glass manufacturer in Murano of this type of glass. This feature makes the company to be well-known worldwide.

Another glass rods company is Vetrofond. It is located some 25 km / 15.5 mi from Venice.