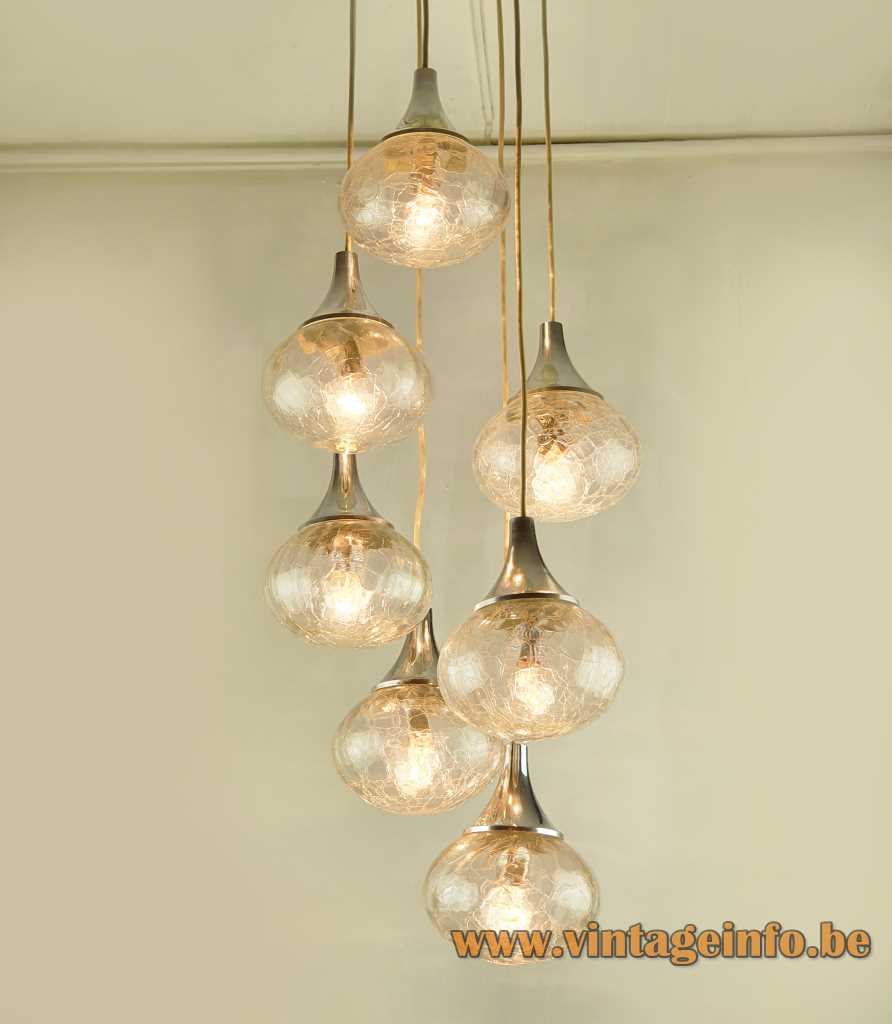 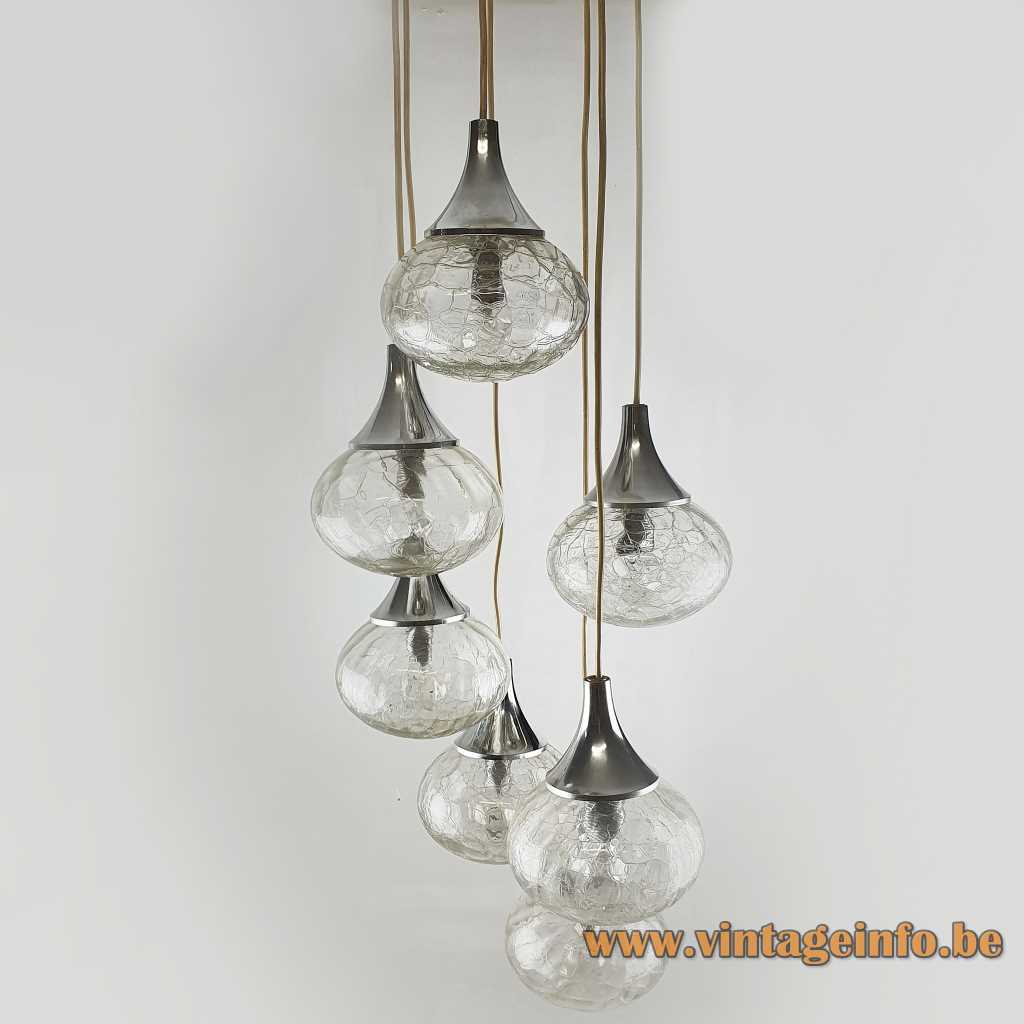 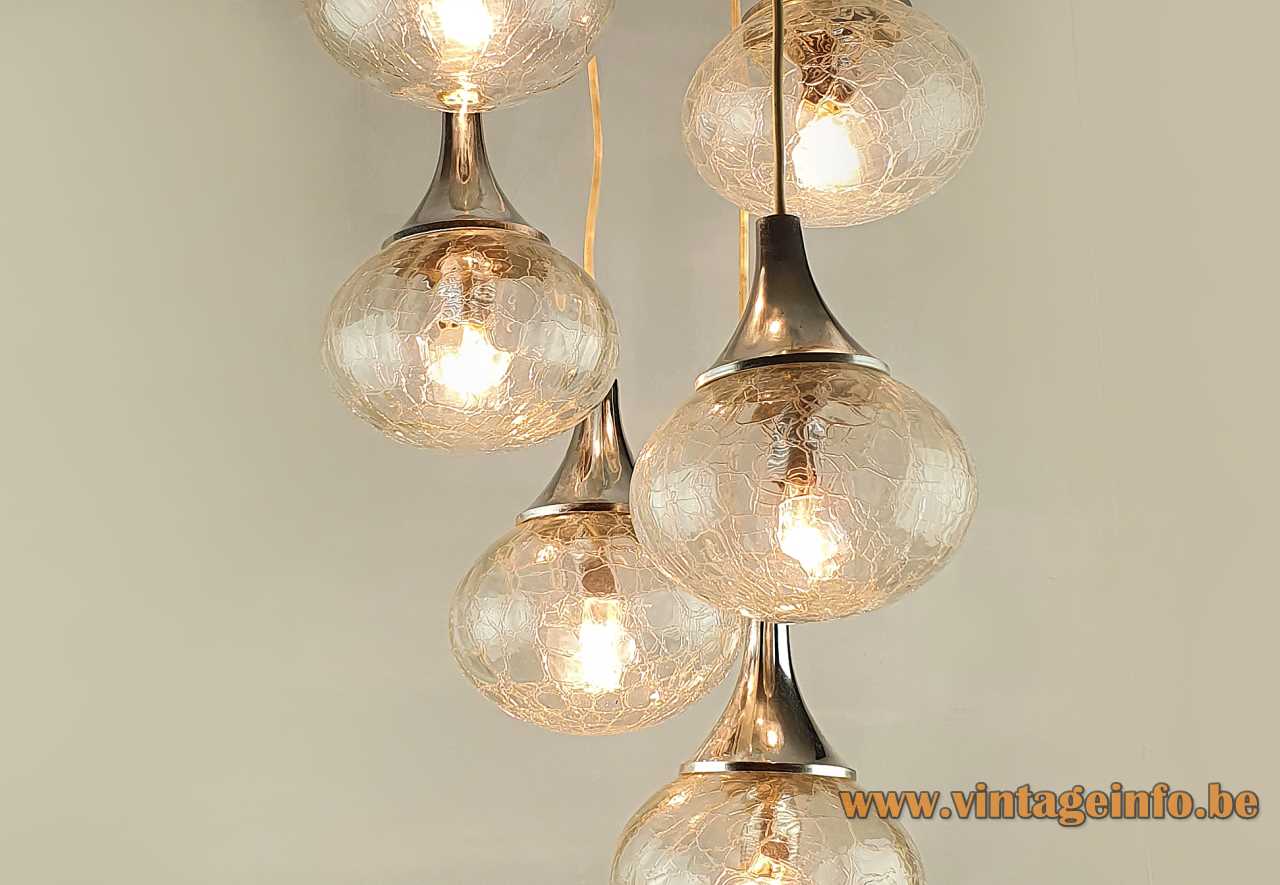 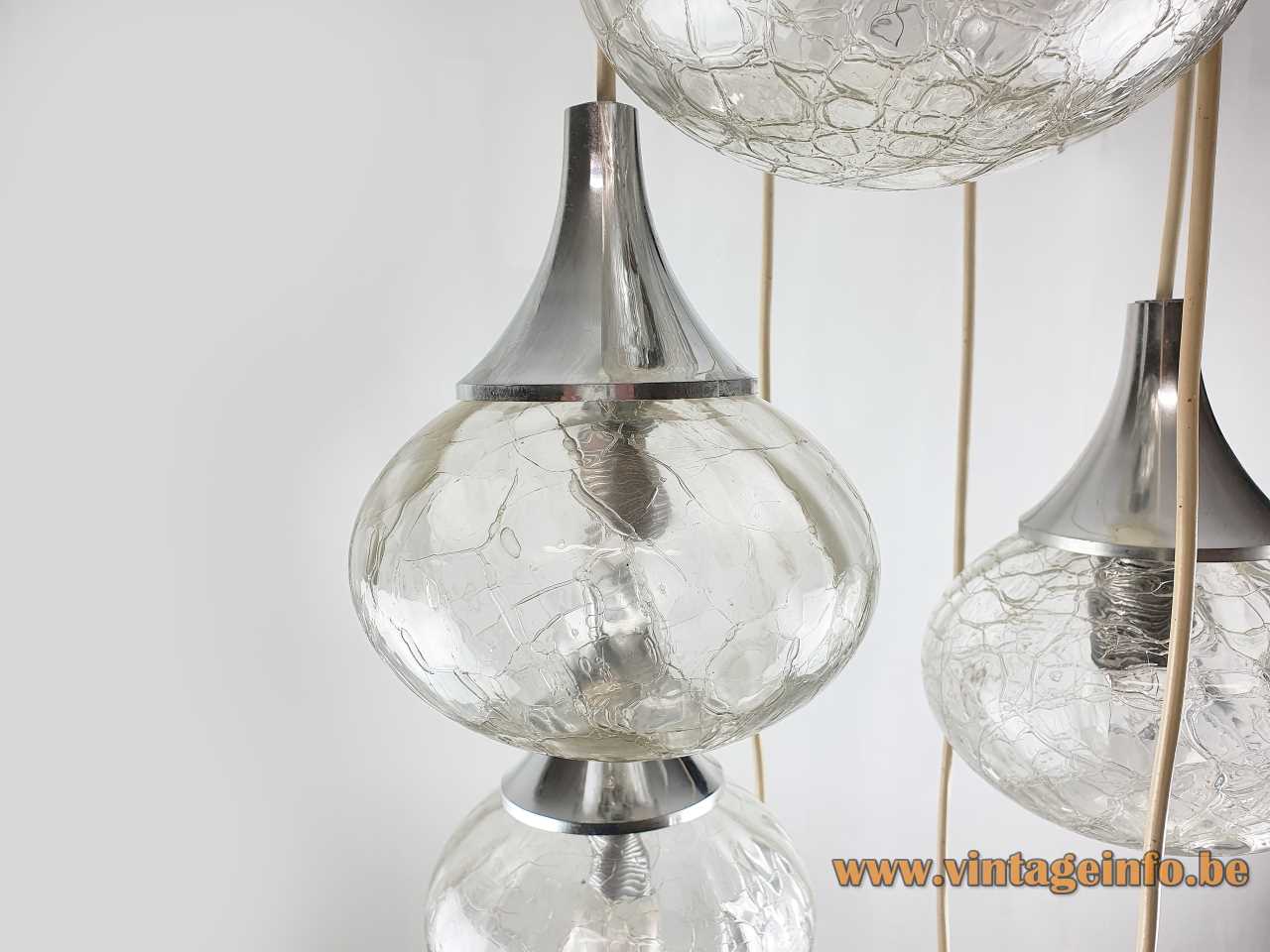 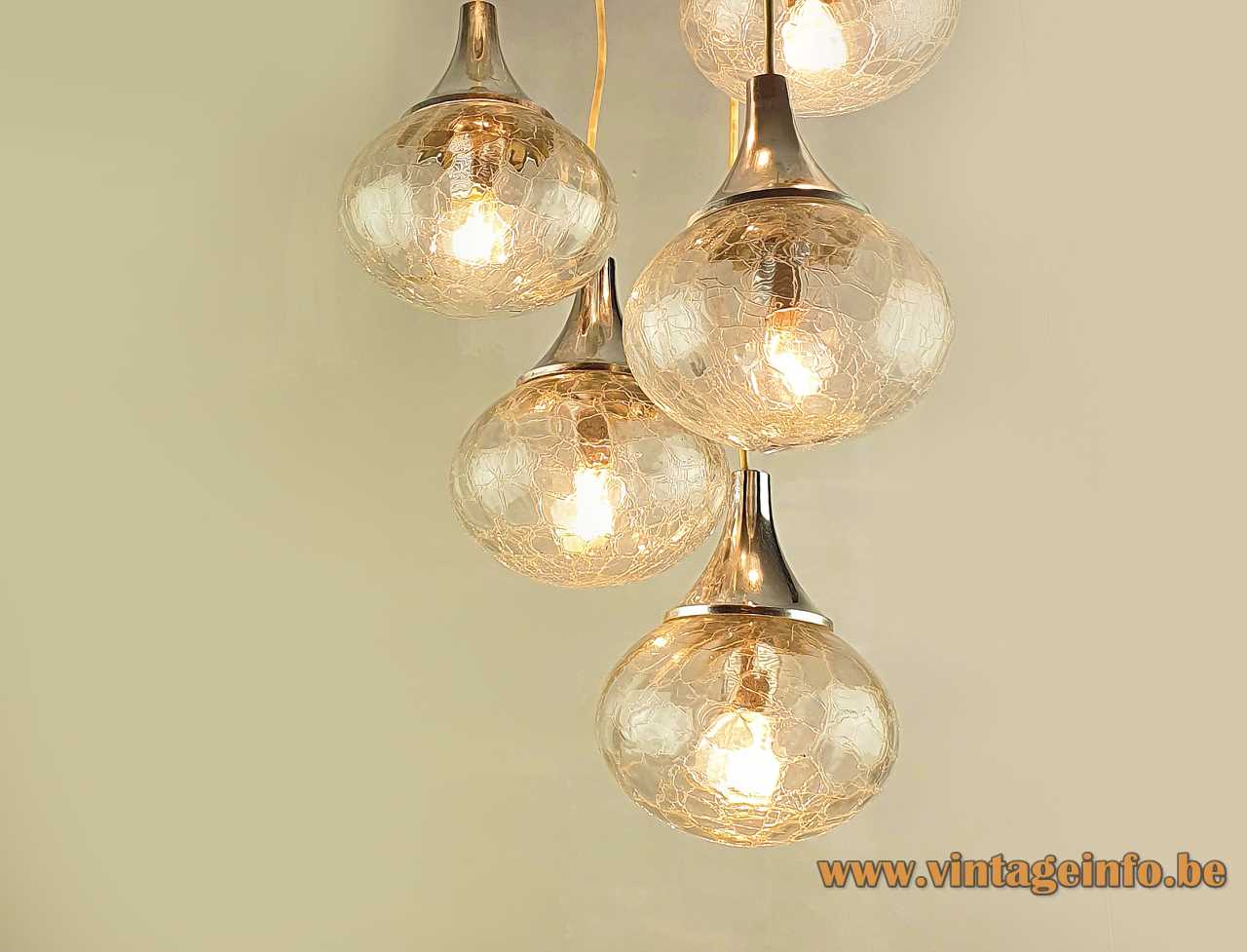 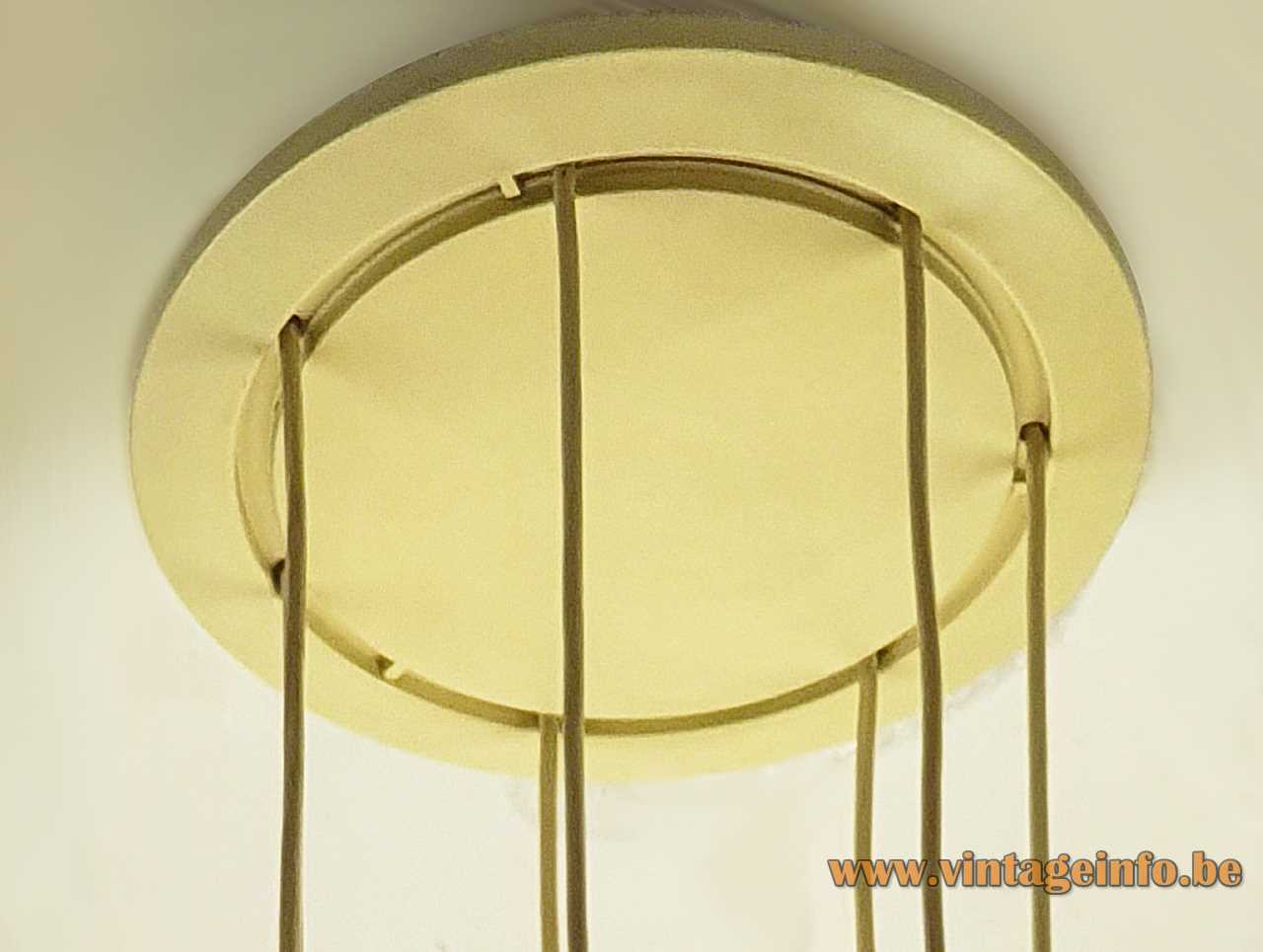 Electricity: 7 bulbs E14, 7 x 40 watt maximum, 110/220 volt.
Any type of light bulb can be used, not a specific one preferred. For this setup white opal globe bulbs were used.

Other versions:  This Hustadt crackle glass globes cascade chandelier exists in all probability with 3, 5 and 7 globes. The globes were also used for other lamps. They were also sold with a spider ceiling mount. Also brass versions exists, you can find one over here.