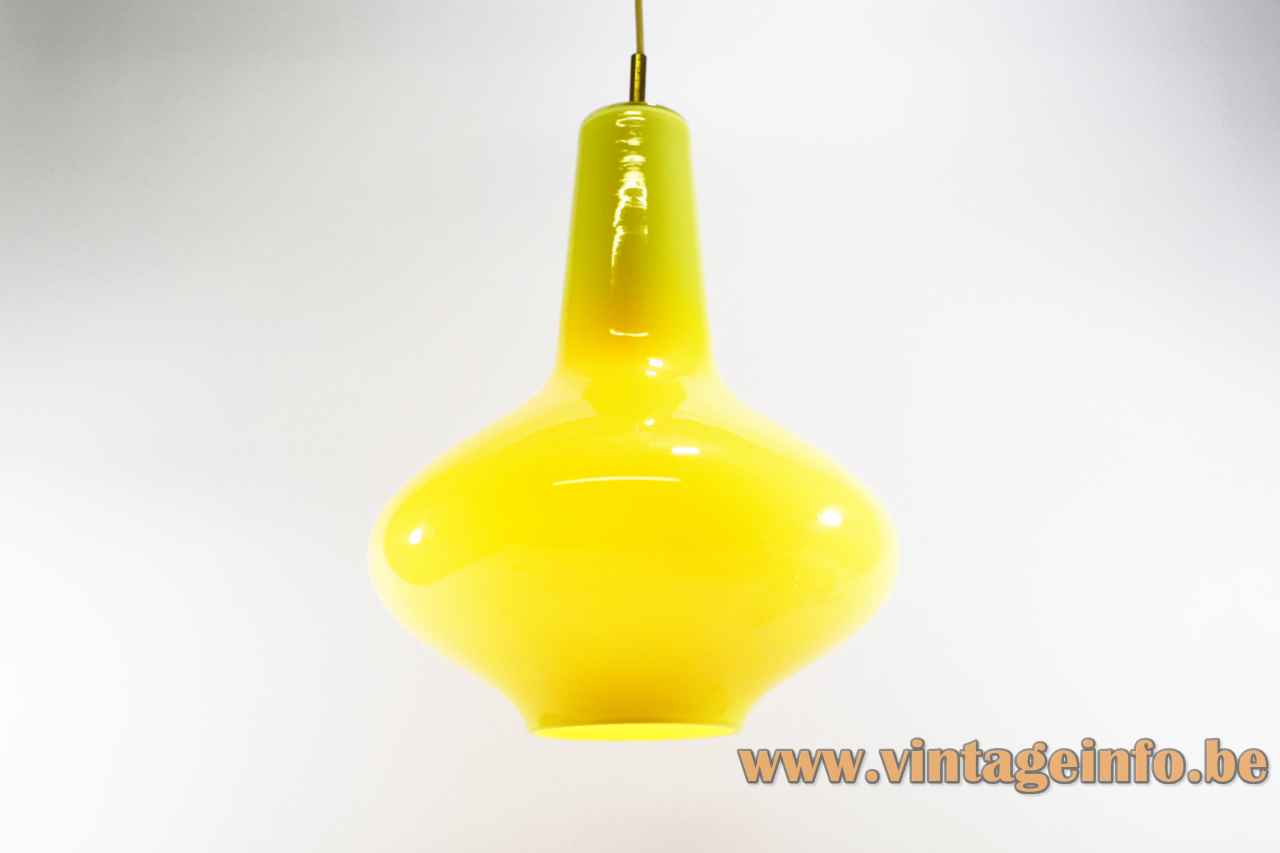 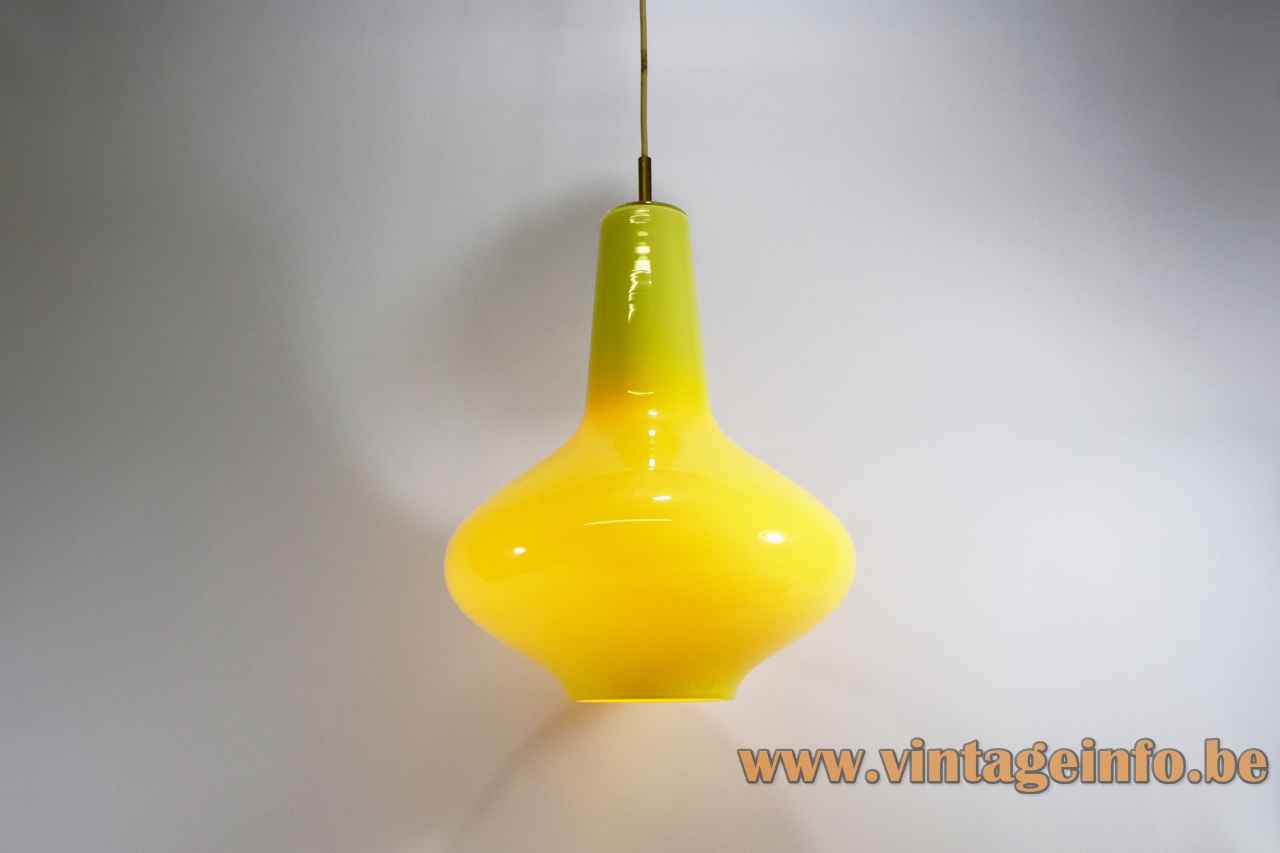 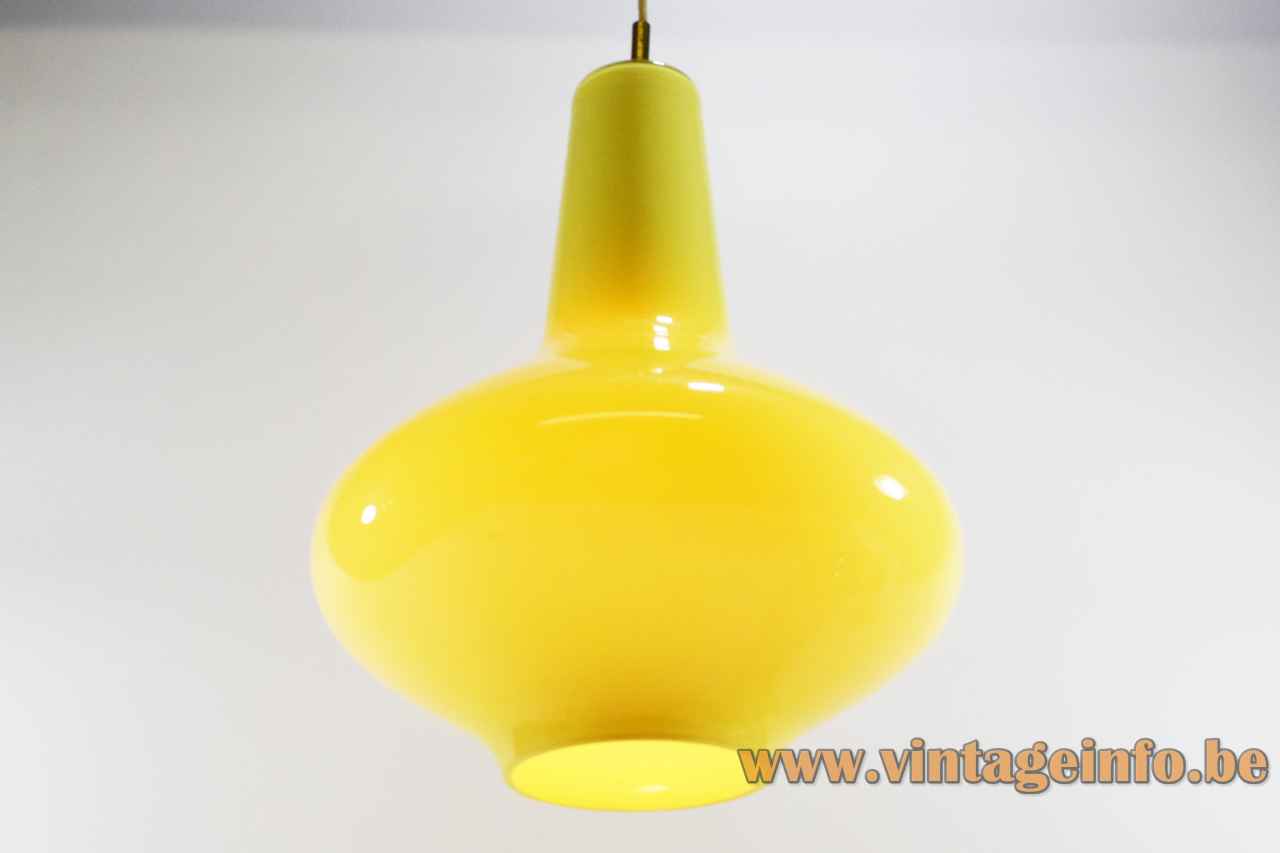 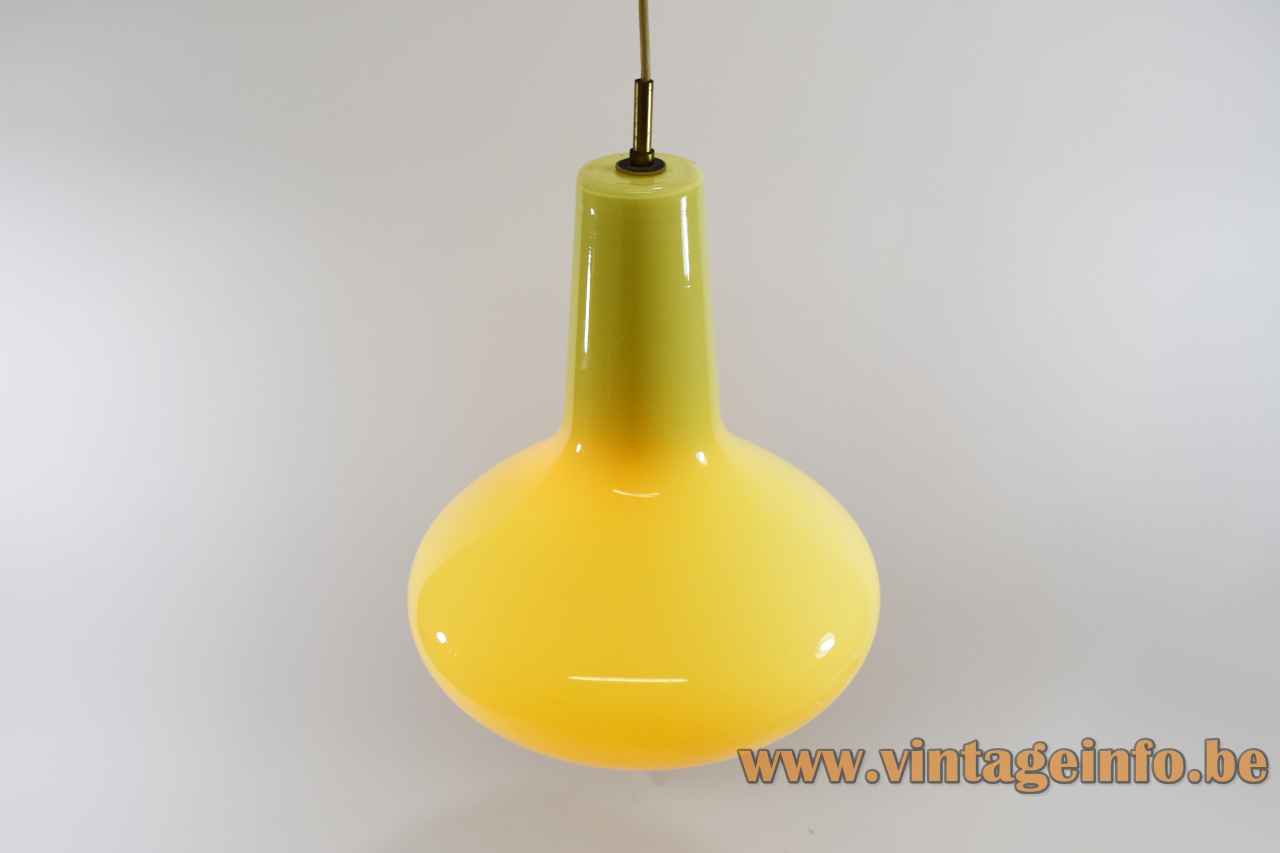 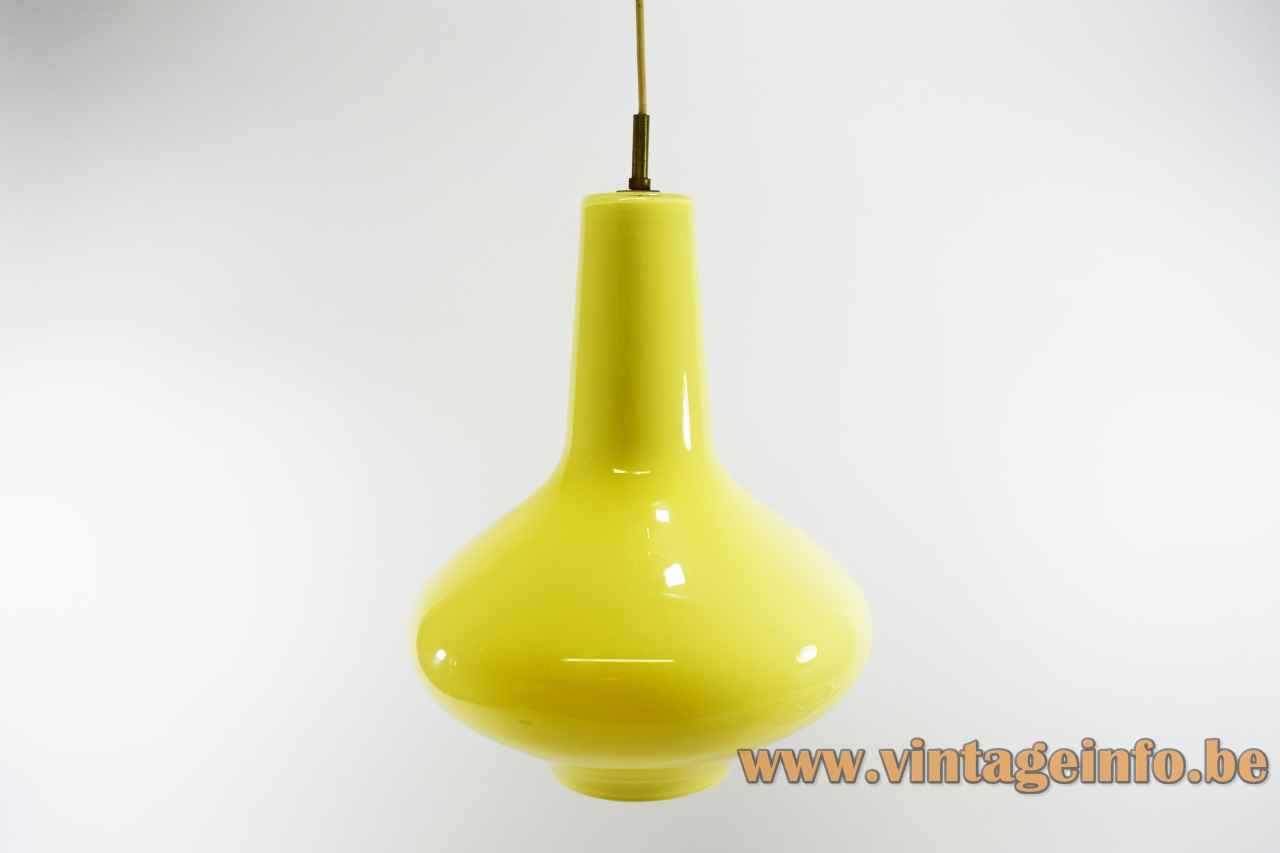 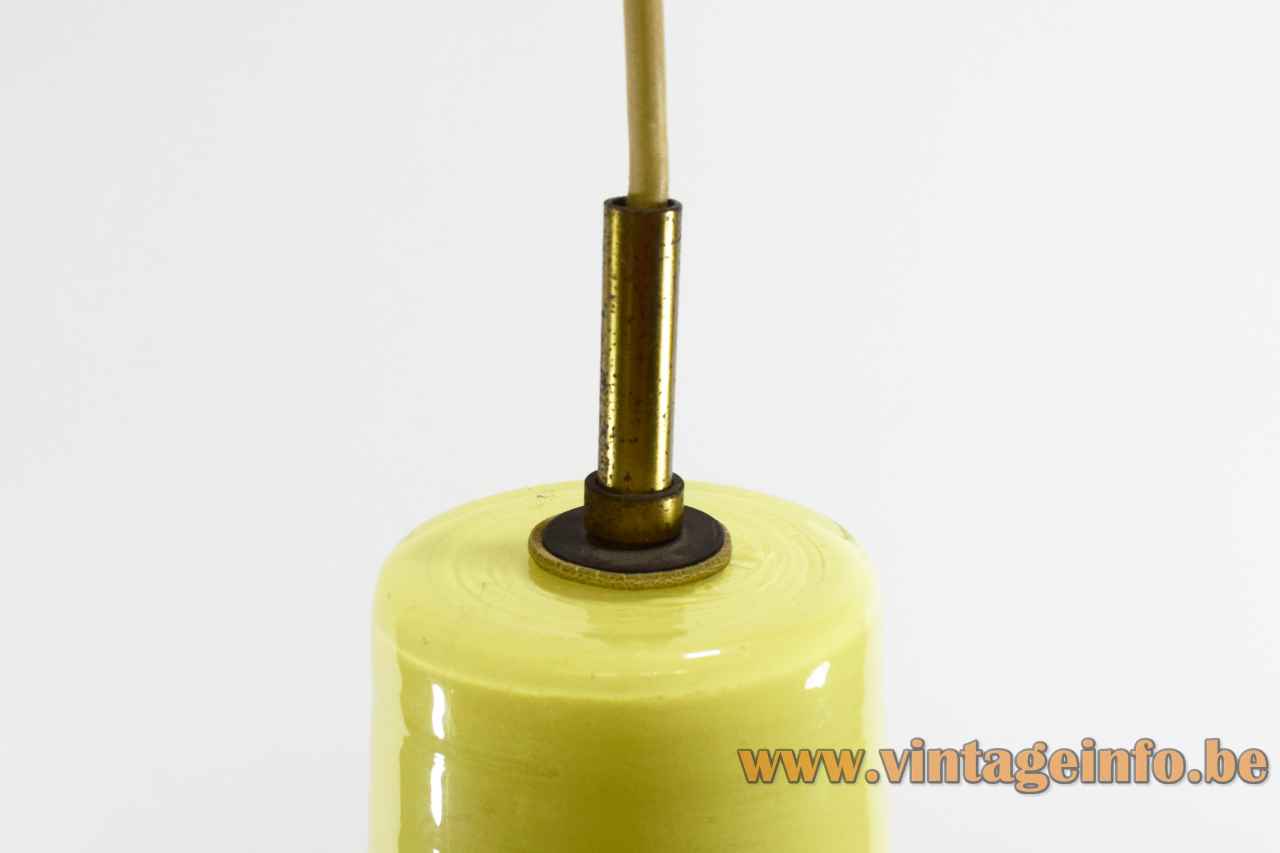 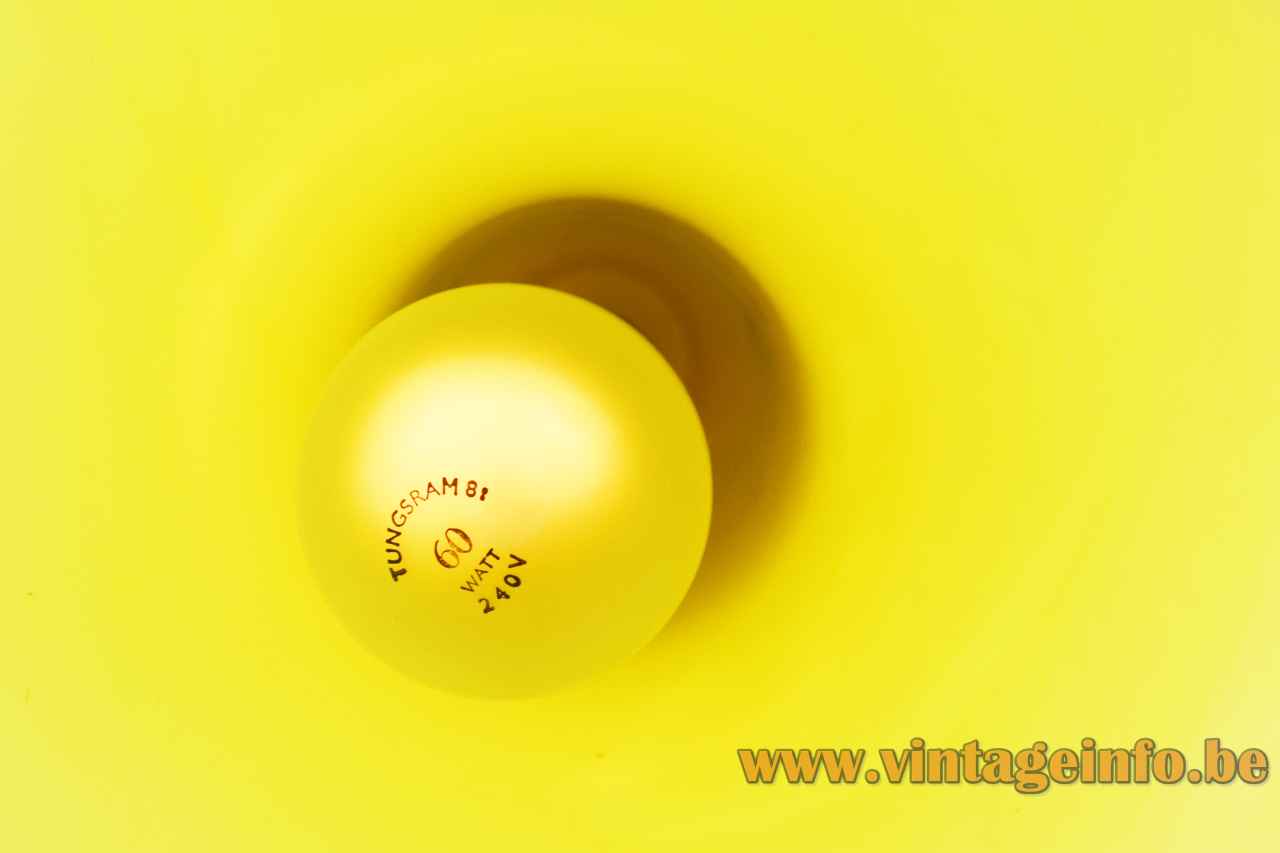 This hand blown bright orange pendant was designed around 1955, early in Massimo Vignelli’s career, when he lived in Venice.

Many thanks to Christophe from STAT in Aalst, Belgium for the photos and the enthusiasm.