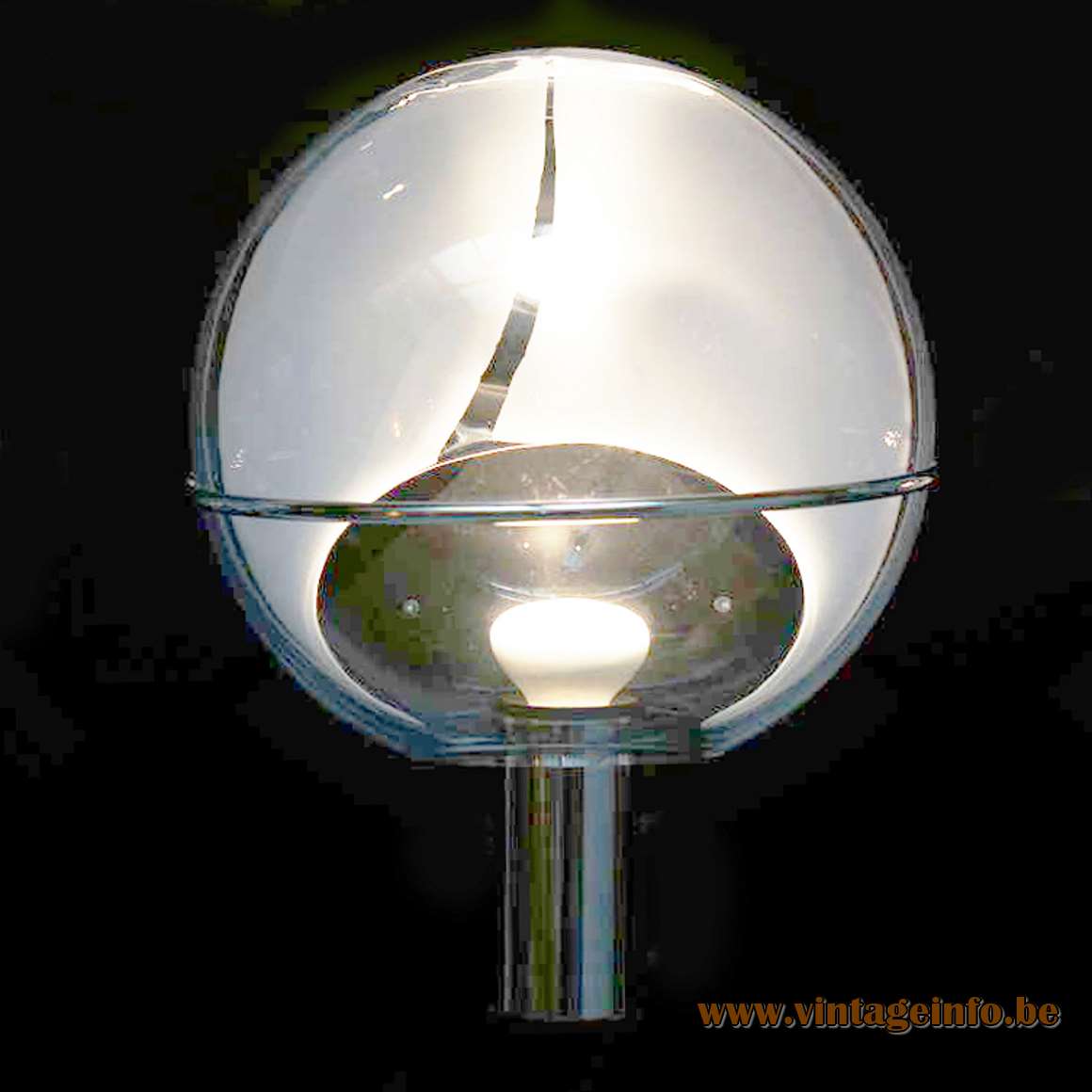 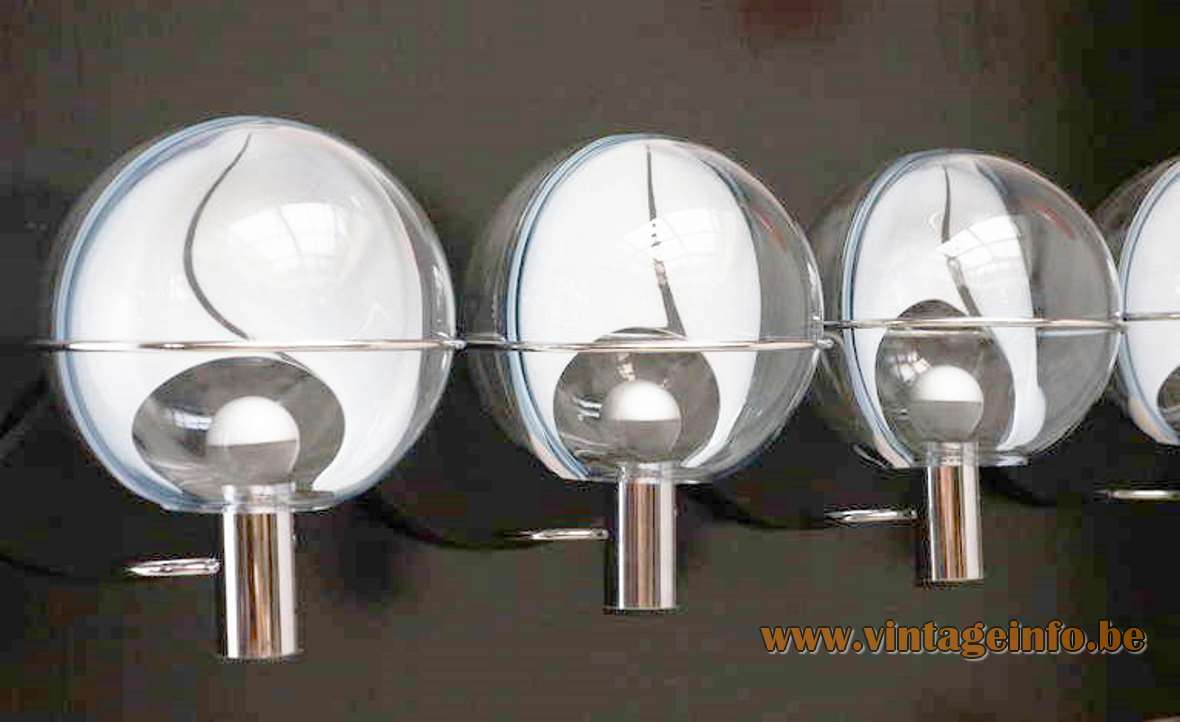 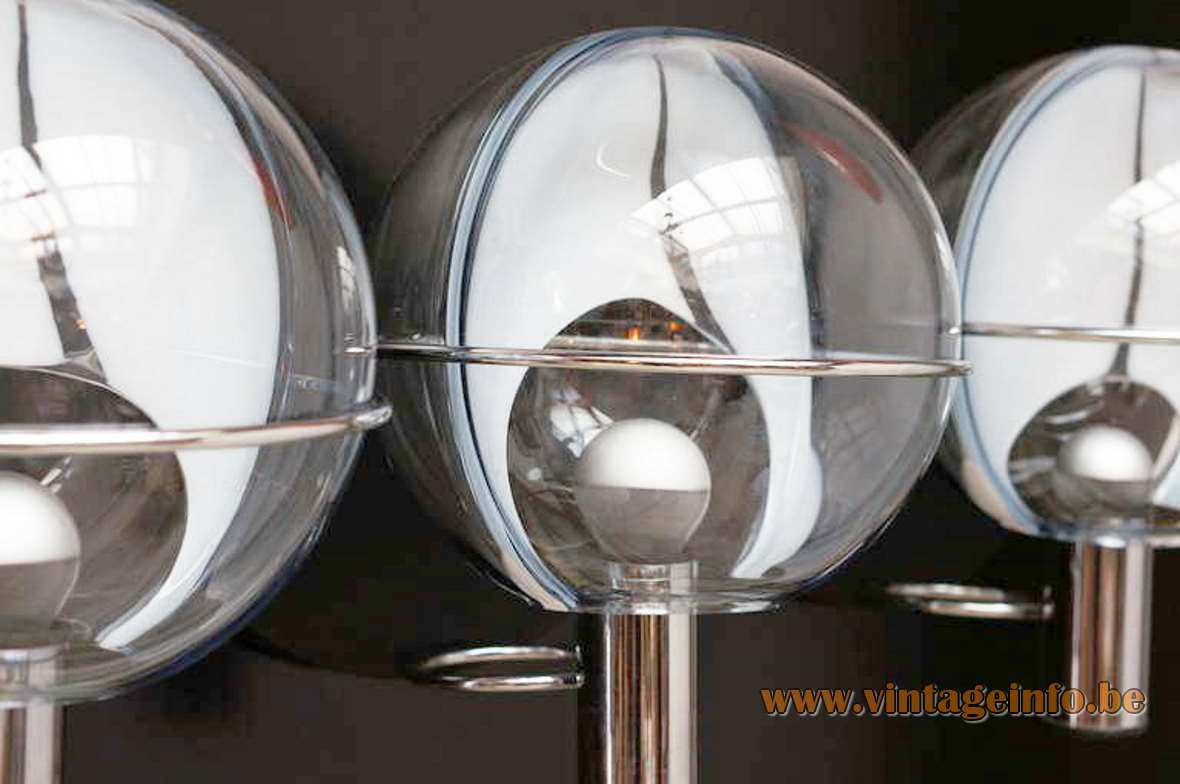 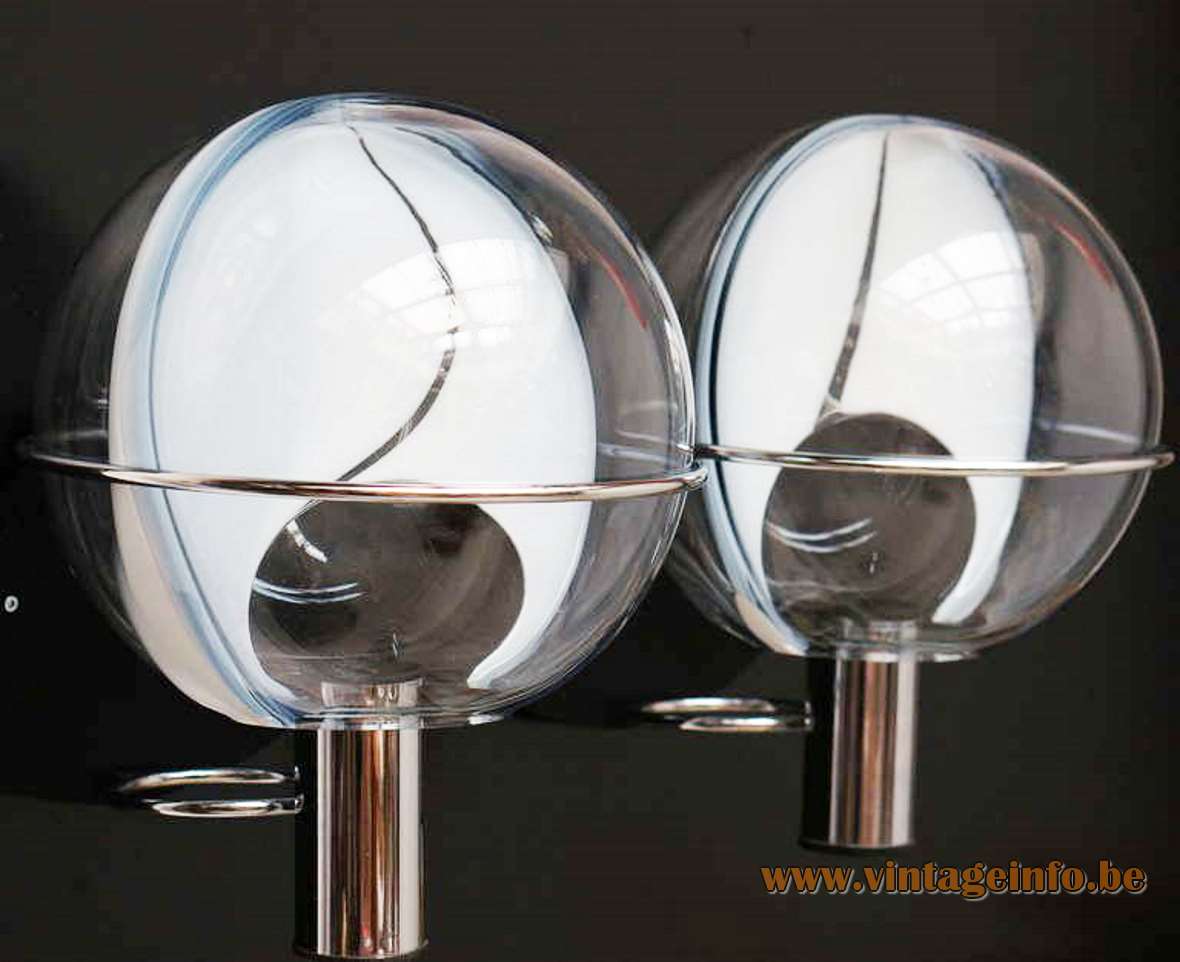 And another Massimo Vignelli pendant lamp

Other versions: The glass globes of this Toni Zuccheri membrane wall lamps were used for all types of lamps; chandeliers, a pendant lamp, a table lamp, floor lamps and so on.

Often said that Toni Zuccheri designed lamps for AV Mazzega, it is not. As confirmed by the AV Mazzega company. Today named Mazzega1946.

Many thanks to Frank from Flowermountain.be for the photos and the enthusiasm.
Many thanks to Gianni from Mazzega1946 for the enlighting information.