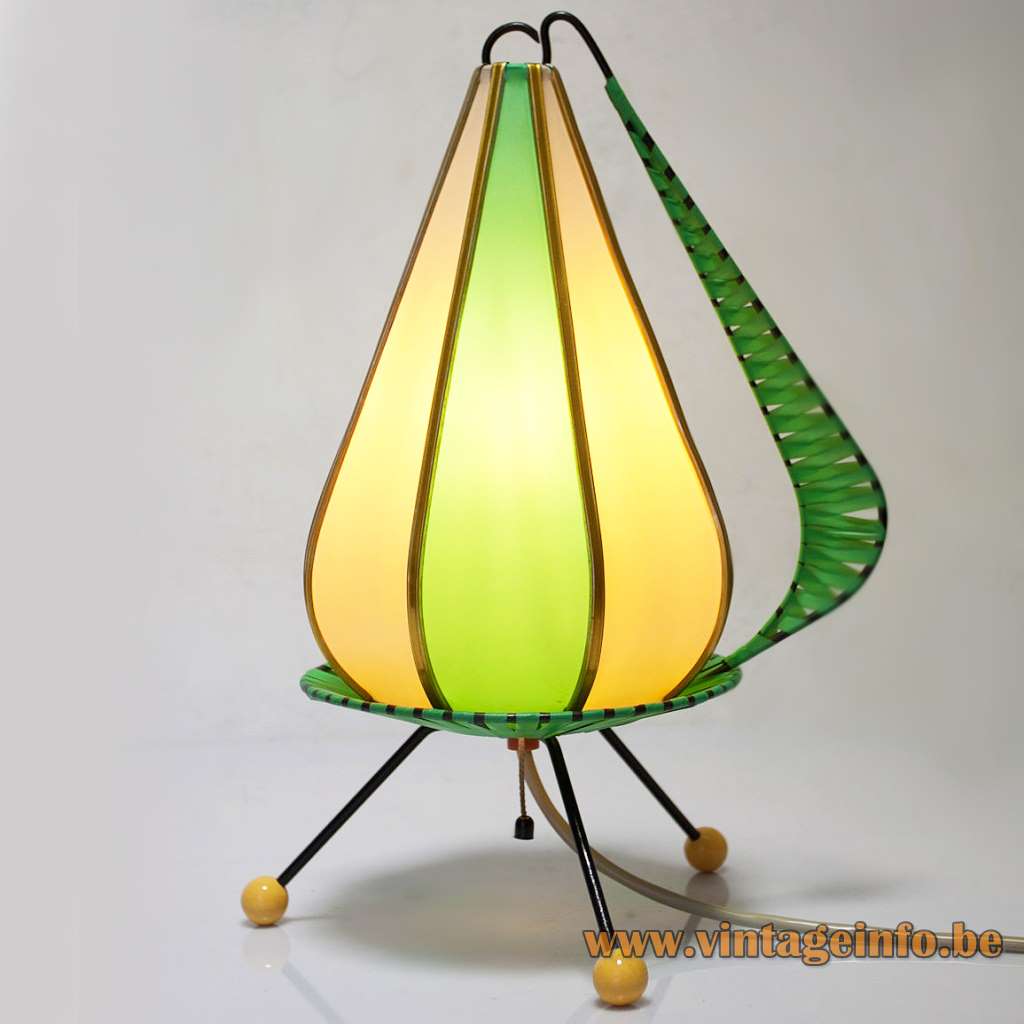 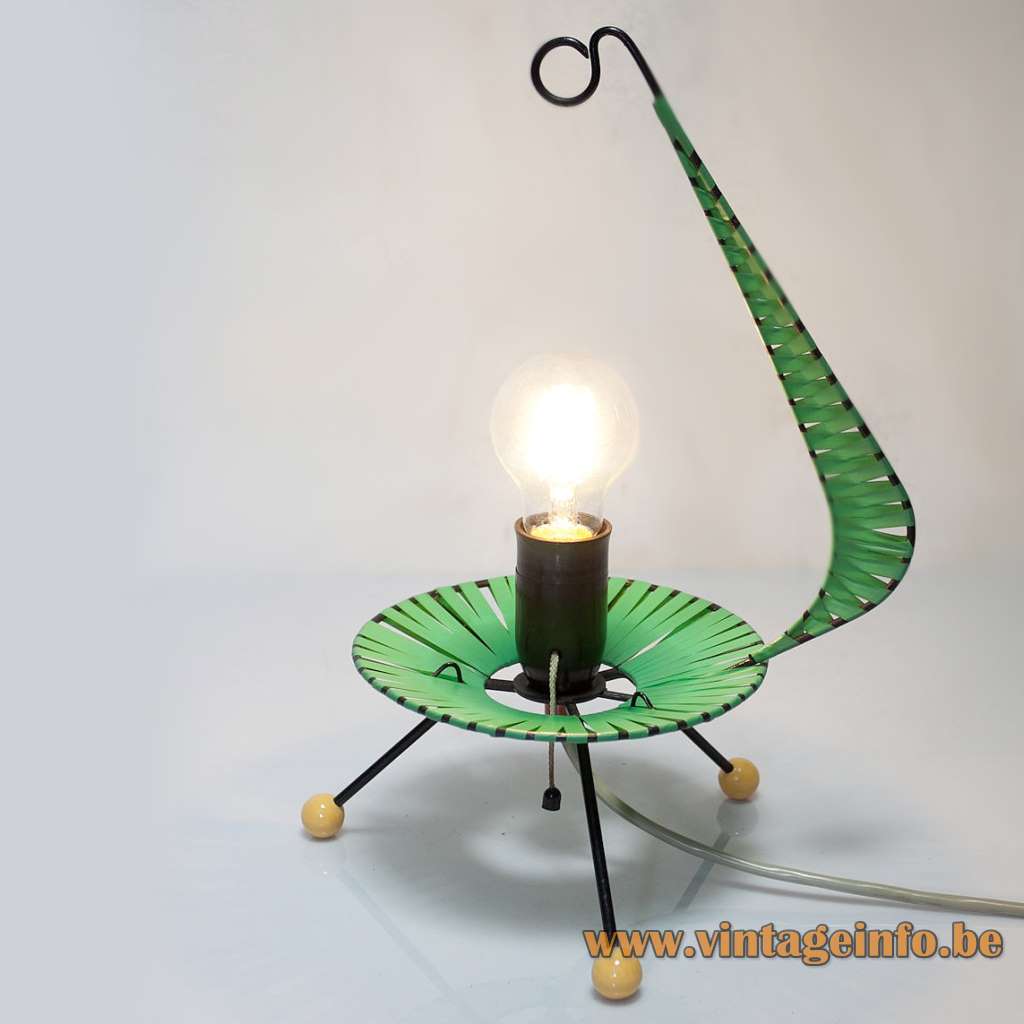 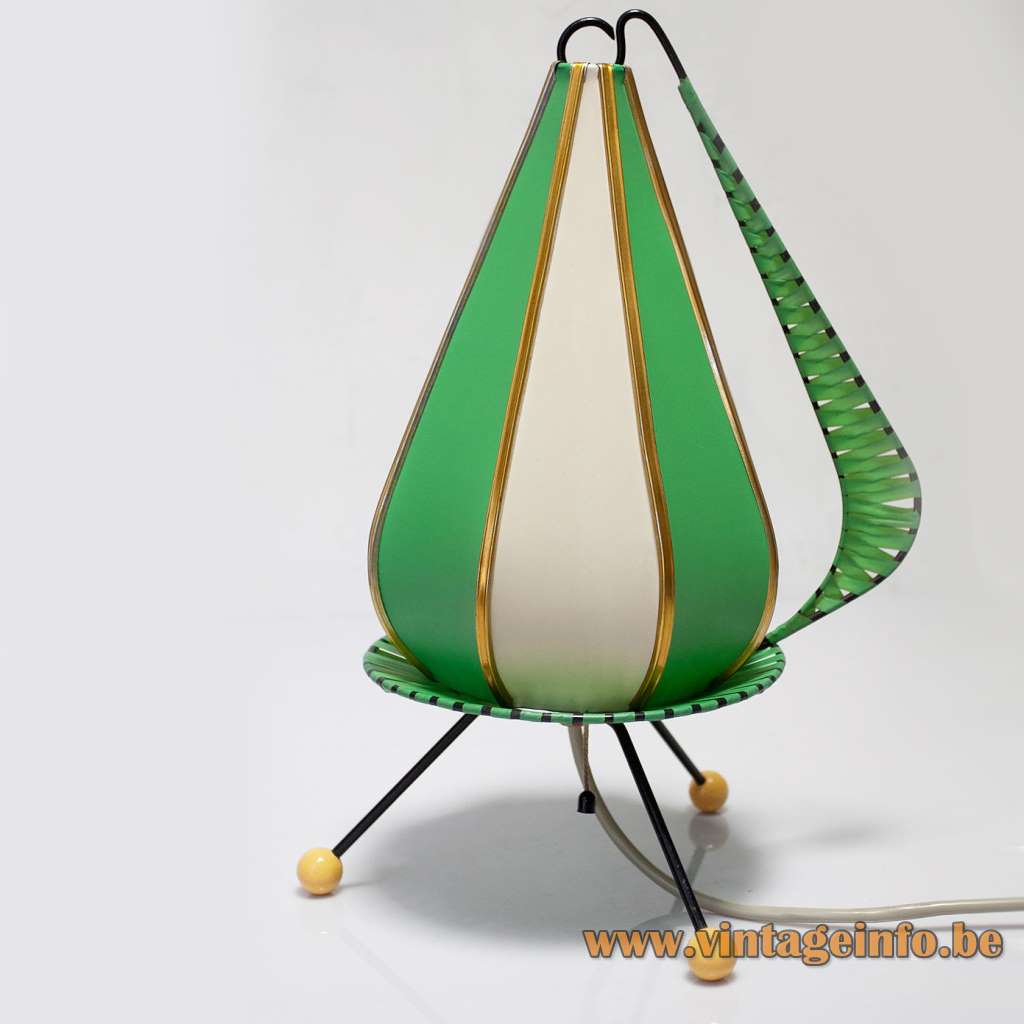 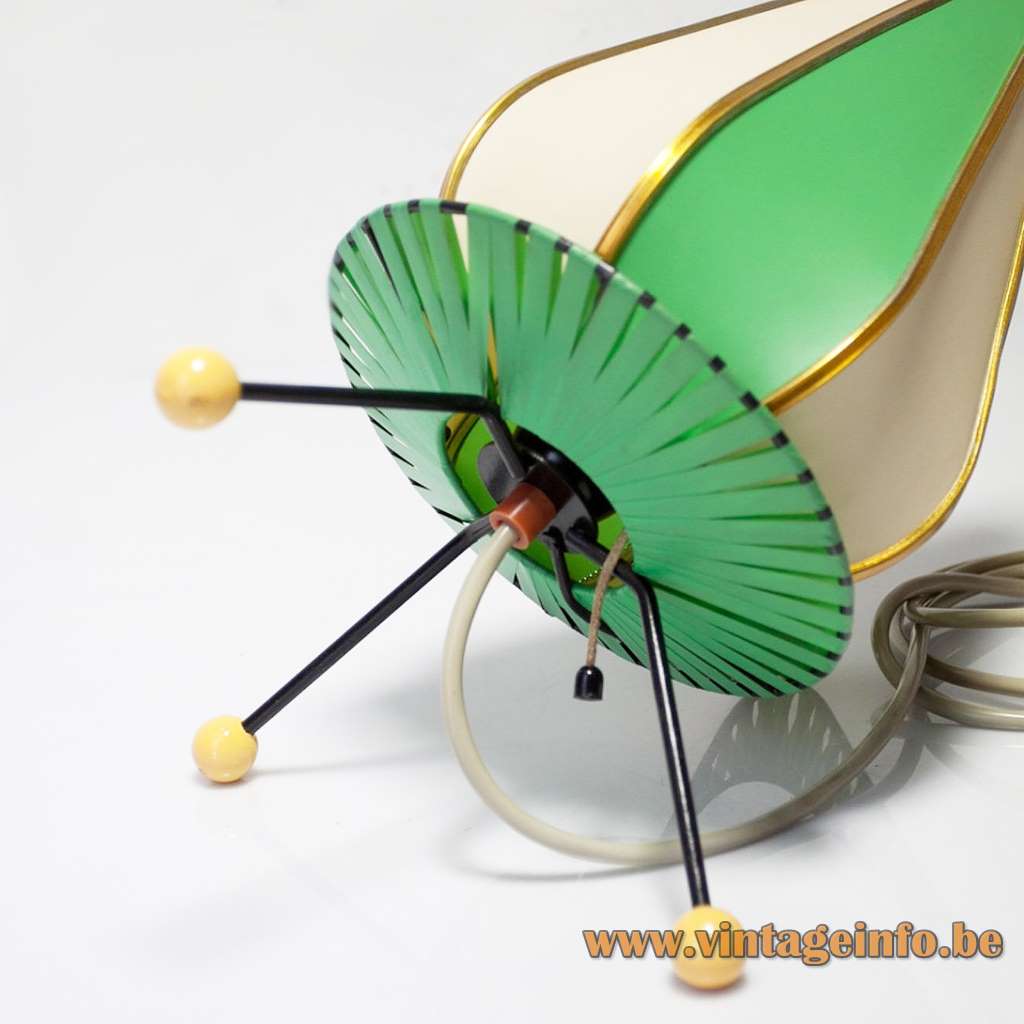 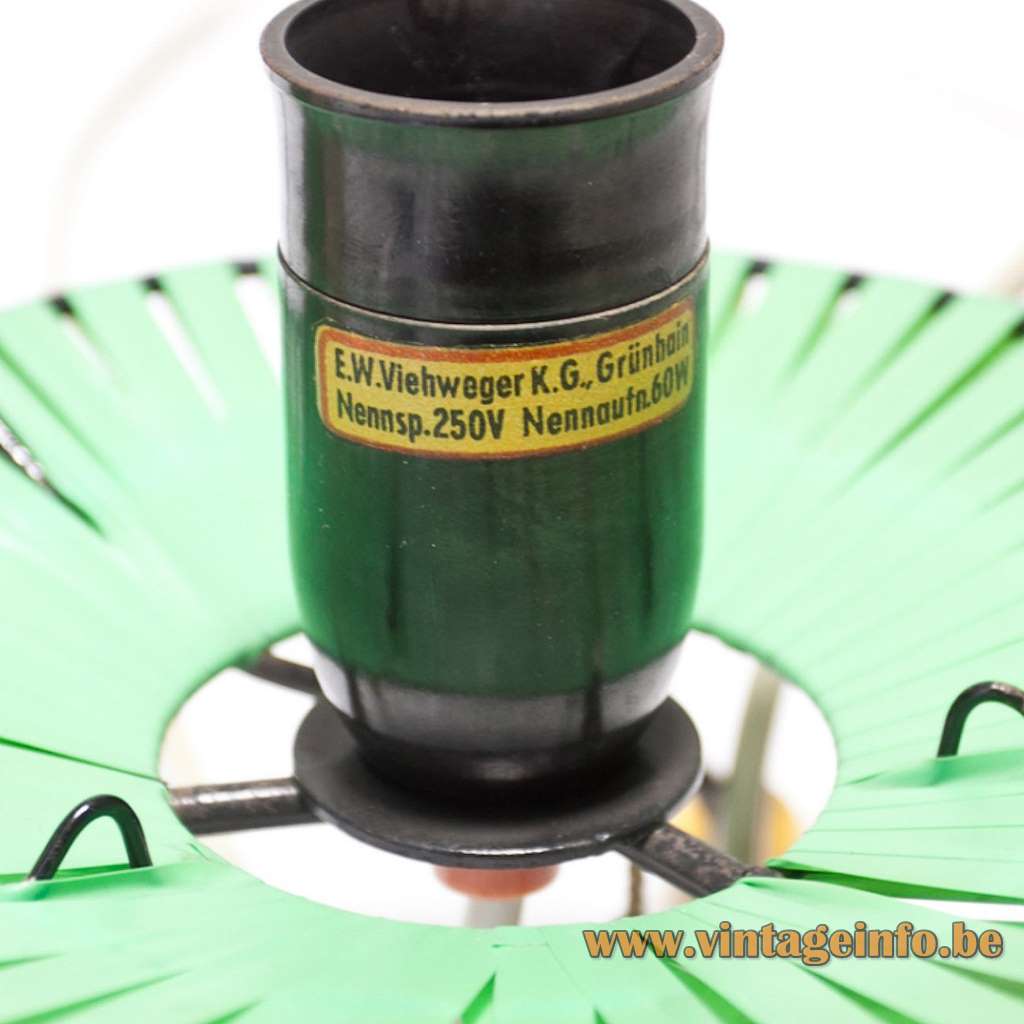 Other versions: This 1950s Walter Viehweger table lamp exists in many colours.

Unfortunately not much to be found about the E. Walter Viehweger KG company. It was active from 1955 to 1972. The most well know lamp they produced is this table or bedside lamp. Many other lamps with this type of plastic were made. You can find several examples online.

E. Walter Viehweger KG was located in Grünhain, a small town in the district of Erzgebirgskreis in Saxony. Since 2005 Grünhain is part of Beierfeld. At that time located in East Germany near the border with the Czech Republic.

The town has two personalities with the name Viehweger, both architects born in Grünhain. August Friedrich Viehweger (1836-1919), architect, and Hermann Viehweger (1846-1922). In  all probability they are related with E. Walter Viehweger.

As all other companies in the GDR, Viehweger was a state owned company. All the labels of lamps made by East German companies are yellow and red. It was mandatory.

In 1969, 15 of the most important electro-technical, electronic and photo-optical producers in the GDR were merged to form the Volkseigener Betriebe Elektrischer Konsumgüter (Publicly-owned business of Electrical Consumer Goods).

Many thanks to Ronny from KaufhausSachse for the photos and the enthusiasm.