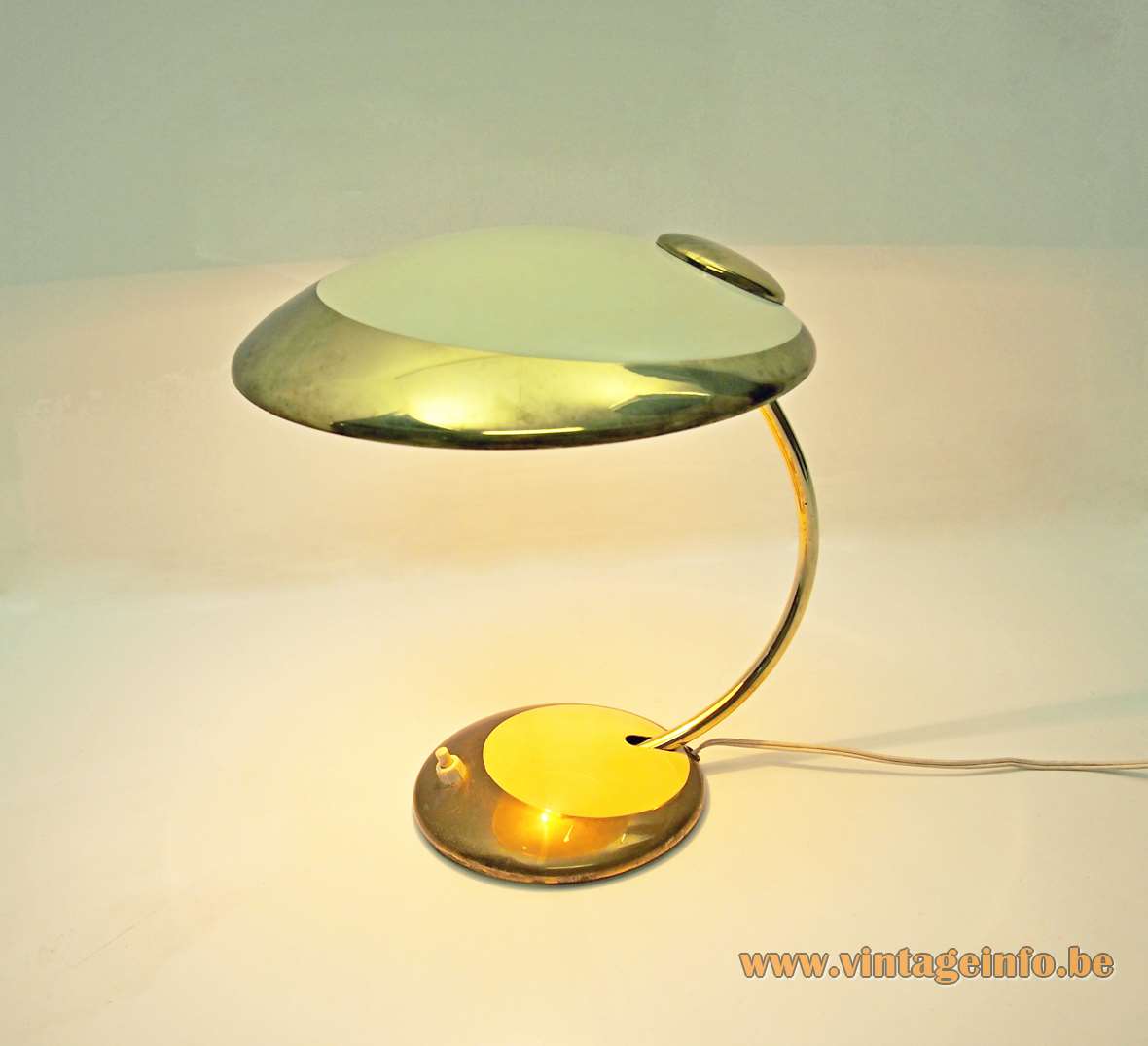 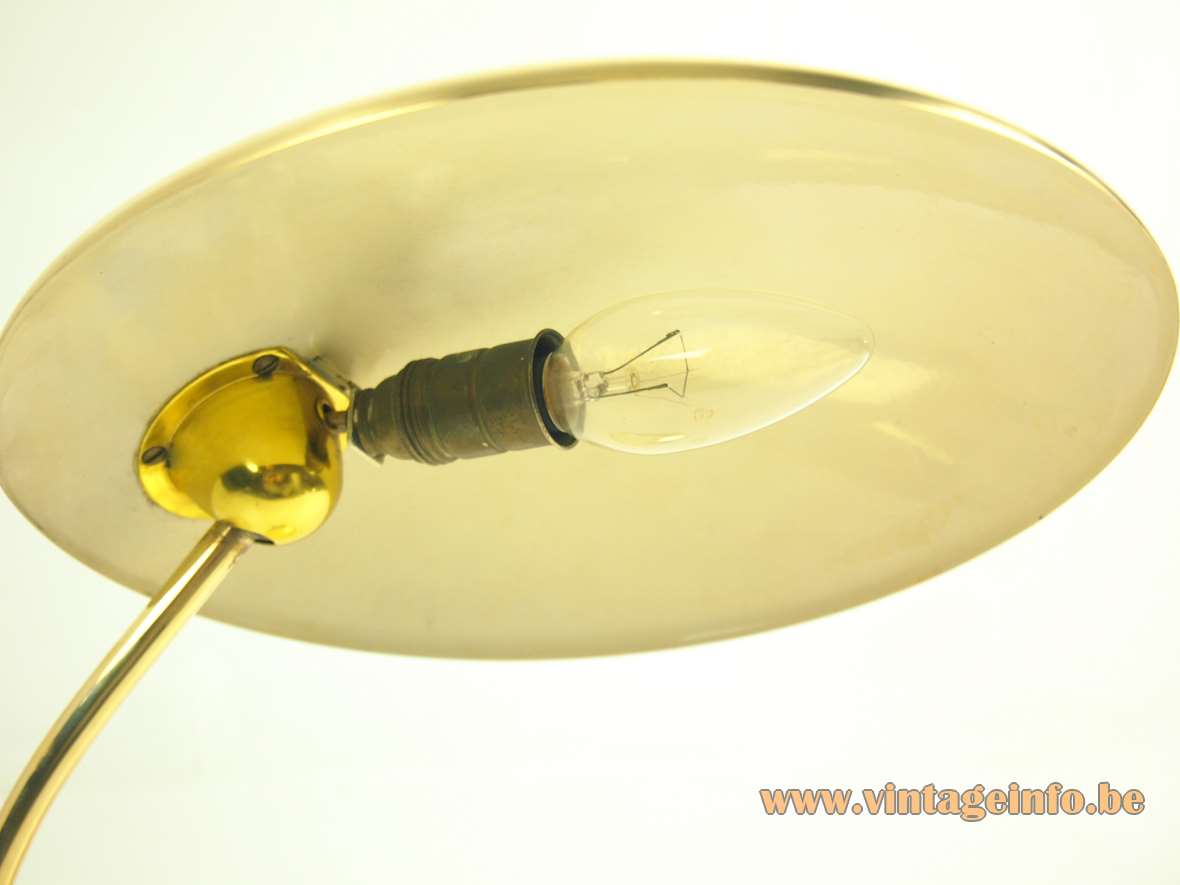 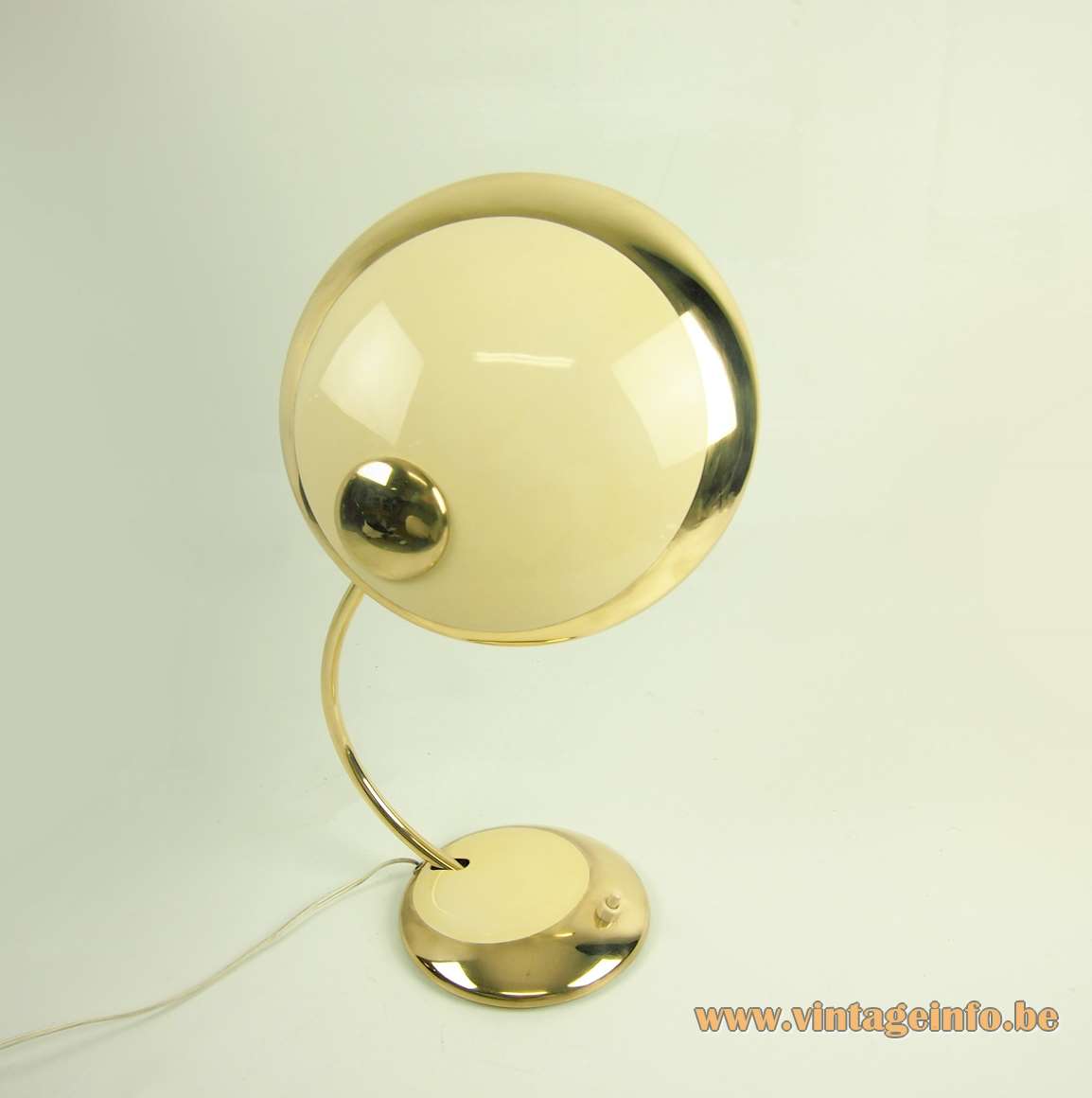 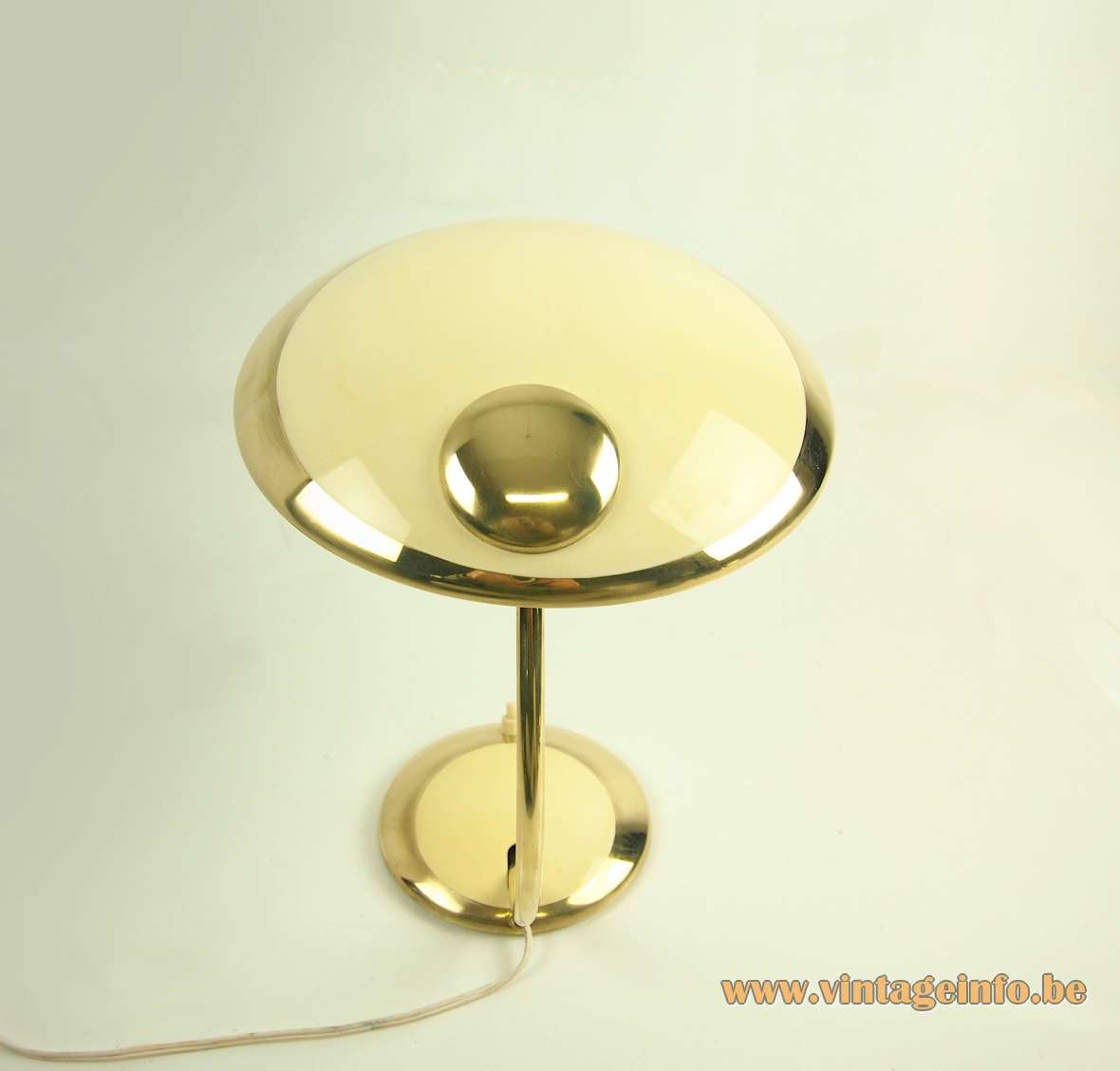 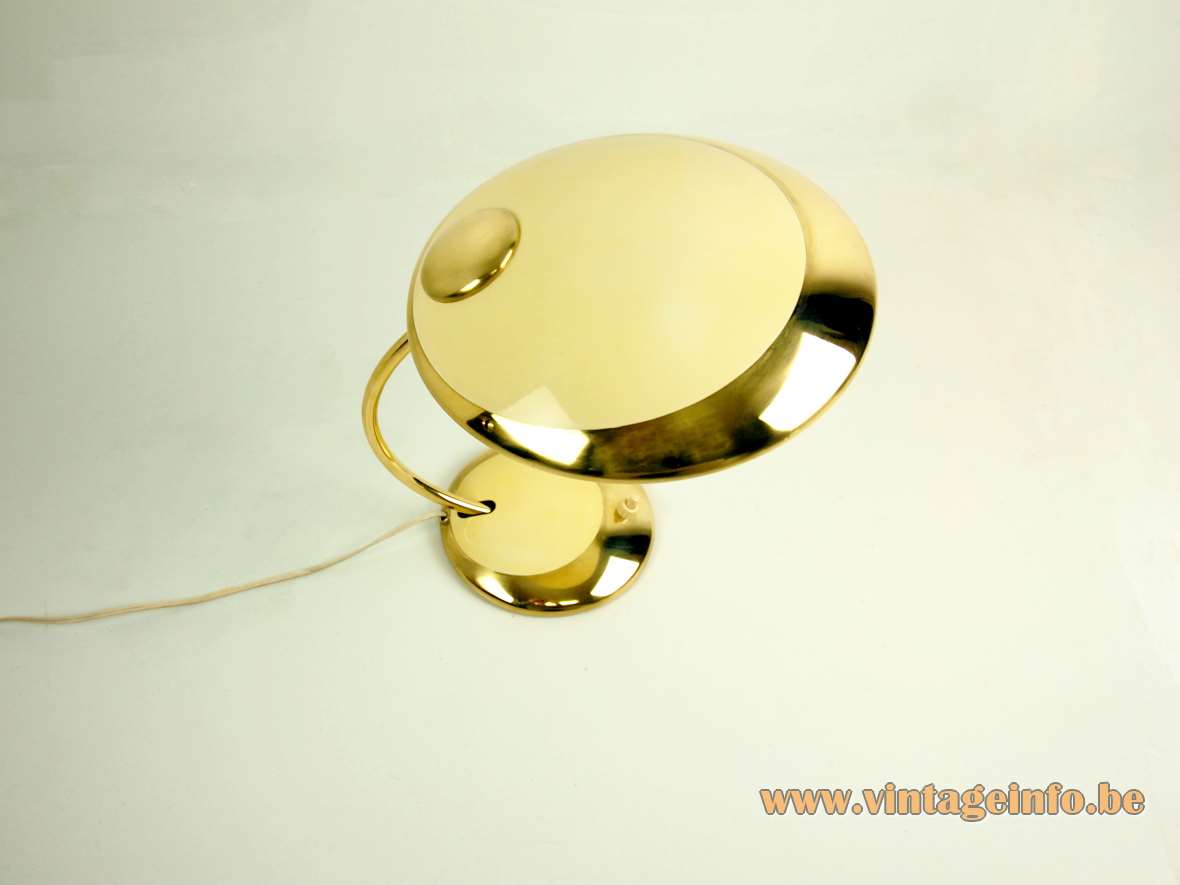 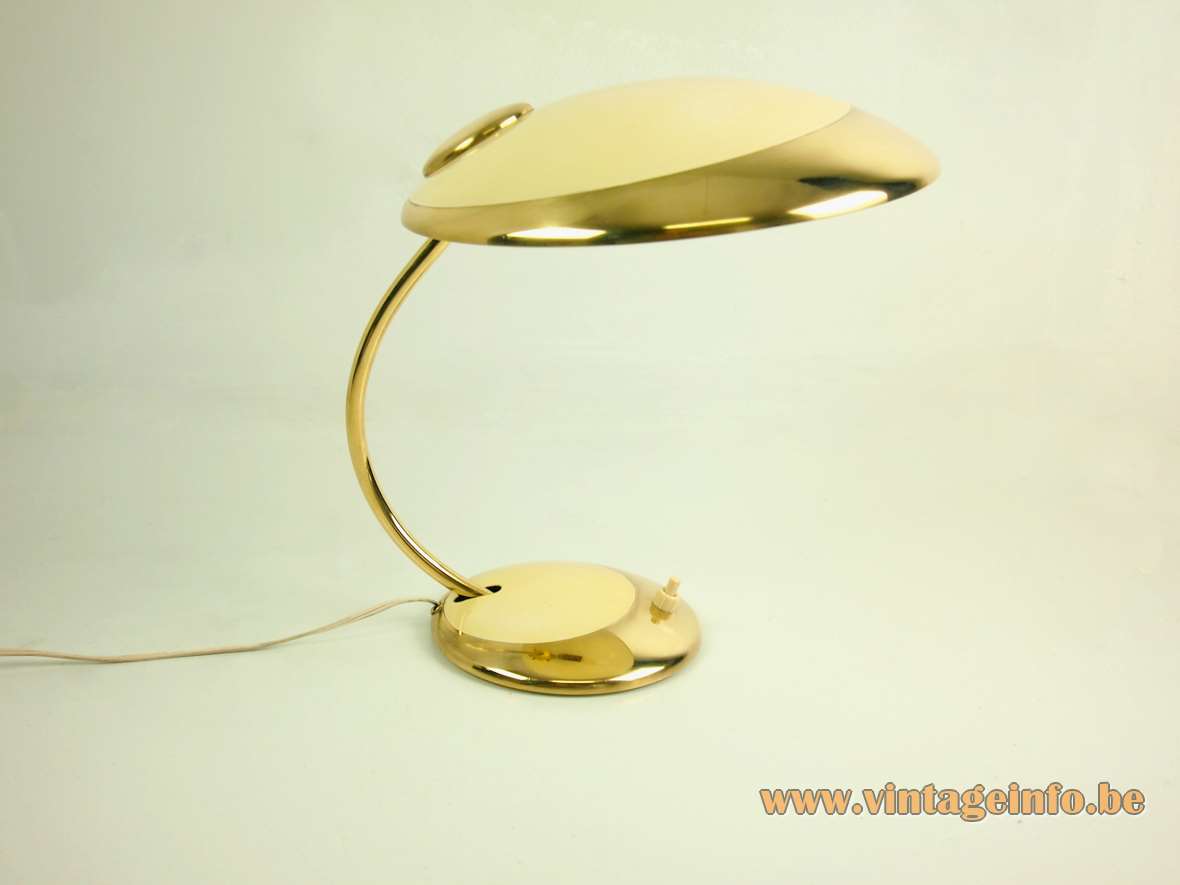 A Helo Leuchten desk lamp (another model) was used as a prop in the biographical comedy-drama film Stan & Ollie (2018). Starring Steve Coogan and John C. Reilly as Stan Laurel and Oliver Hardy.

A Helo Leuchten desk lamp (another model) was used as a prop in the 1958 Belgian film Het Geluk Komt Morgen (Happiness Comes Tomorrow). A story about a professor who accidentally discovers a remedy that takes away all tiredness and gives new life force. Starring Charles Janssens, Anni Anderson and Dora van der Groen.

Materials: Completely made of brass. Vanilla cream painted brass. Round base with a built-in switch. Iron counterweight inside the base. Curved brass rod. Some metal parts. Mushroom lampshade. Brass E27 socket.

Other versions: Many similar lamps such as this Helo Leuchten desk lamp were produced. They also exists in several colours. An older version of this one can be found here on Vintageinfo. 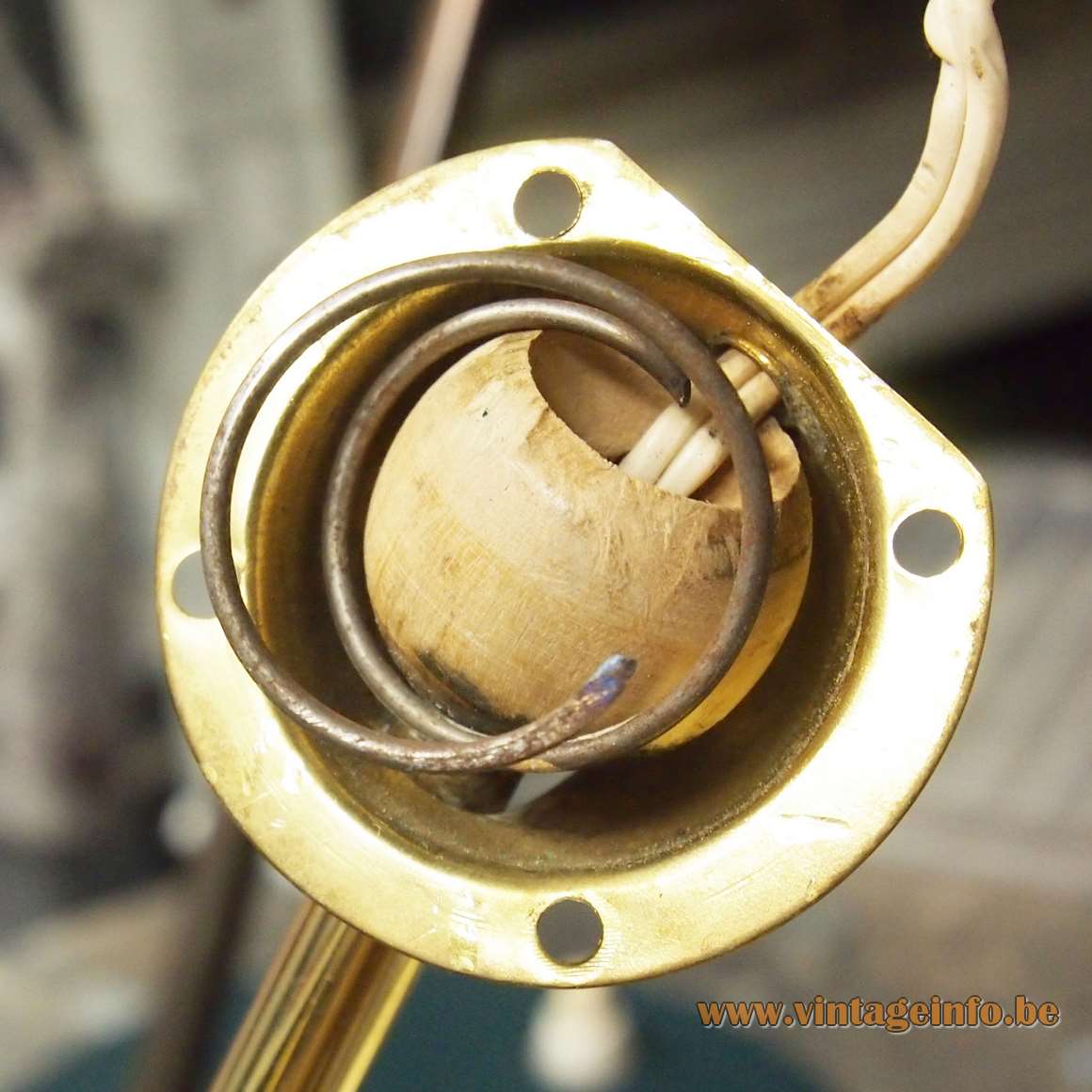 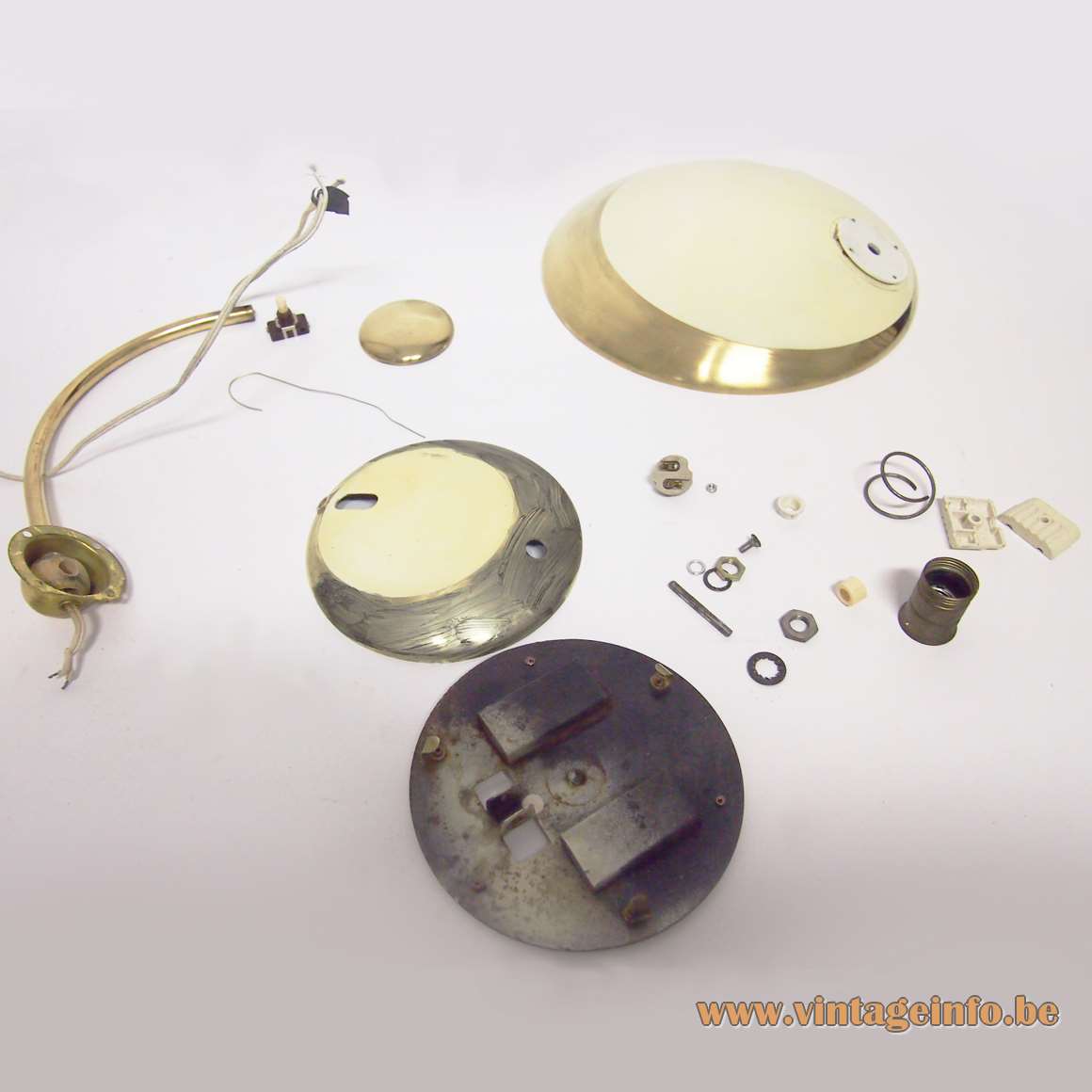 A Helo Leuchten desk lamp (another one) was used as a prop in the German film Ballon from 2018. A movie about two families from the GDR who flew to West Germany with a homemade hot-air balloon in 1979. It was used in an East German house what is very unlikely at that time. Helo was a West German lighting company and the East was communist and had his own lighting firms, cars, motorcycles and so on. Everything that was sold came from behind the Iron Curtain.

Older version of this desk lamp

The desk lamp in the movies