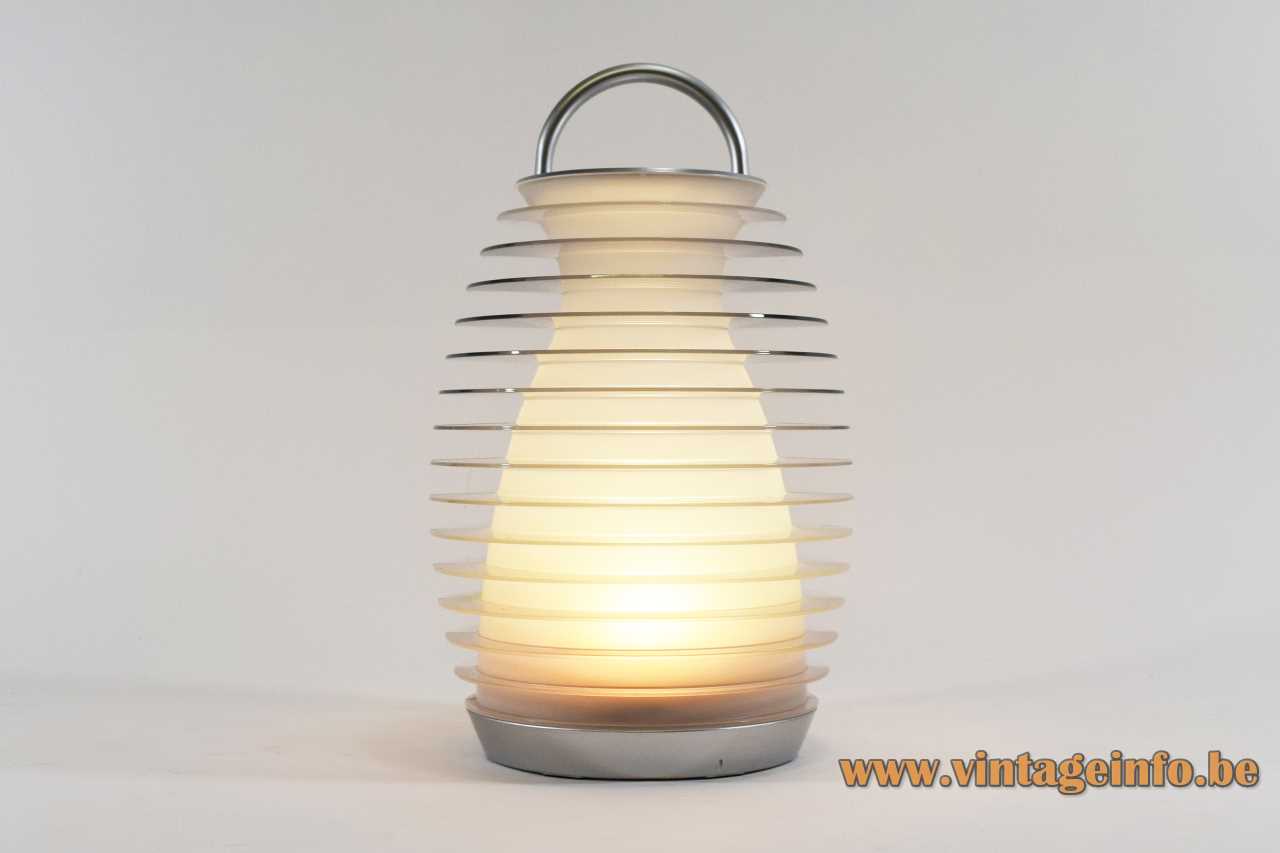 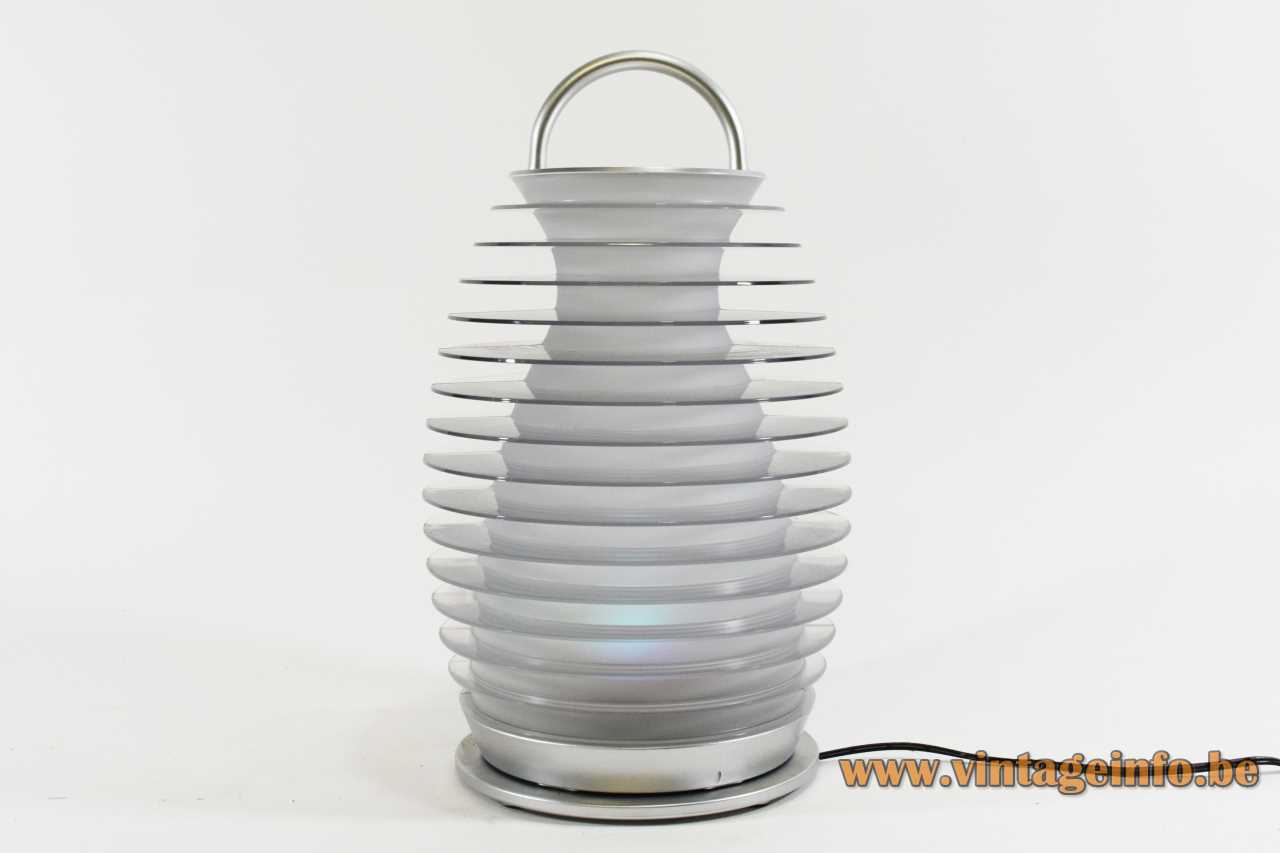 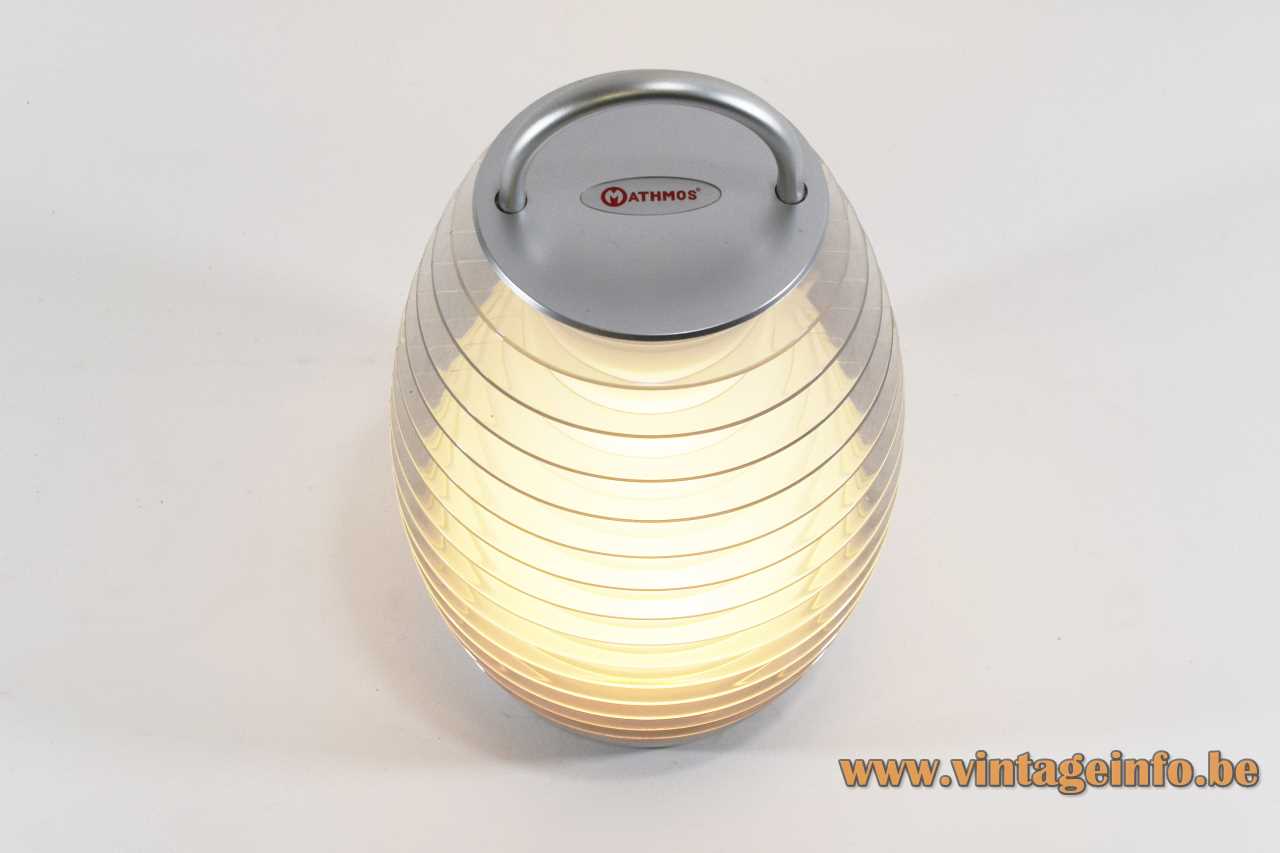 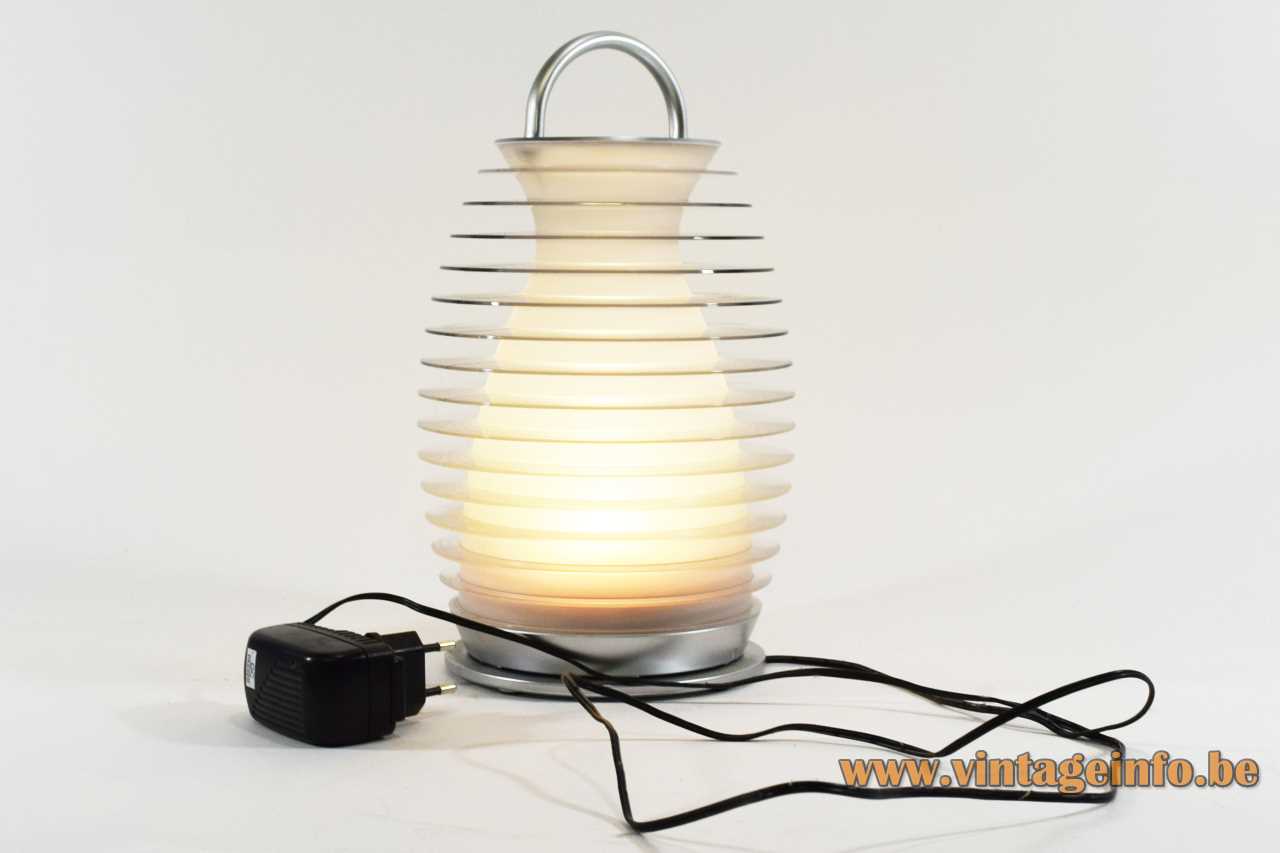 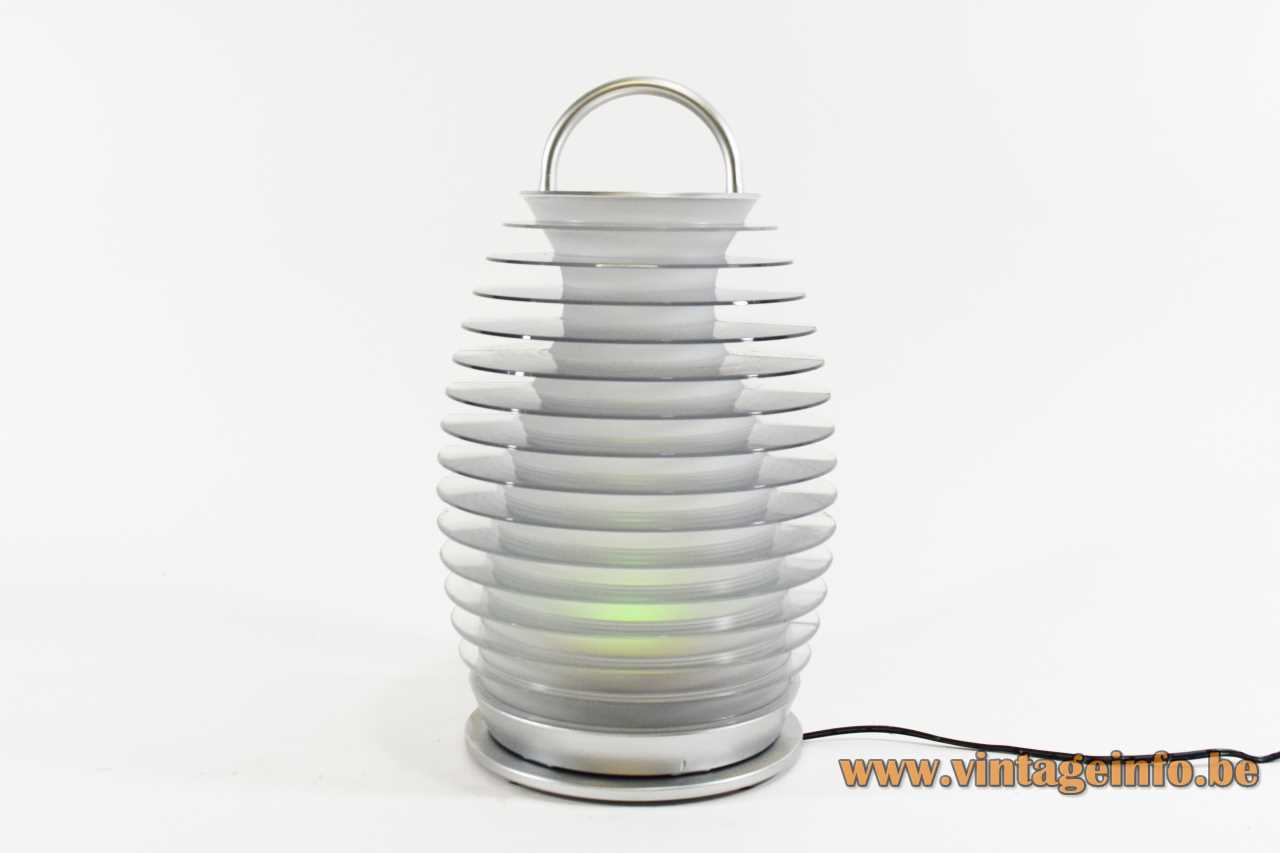 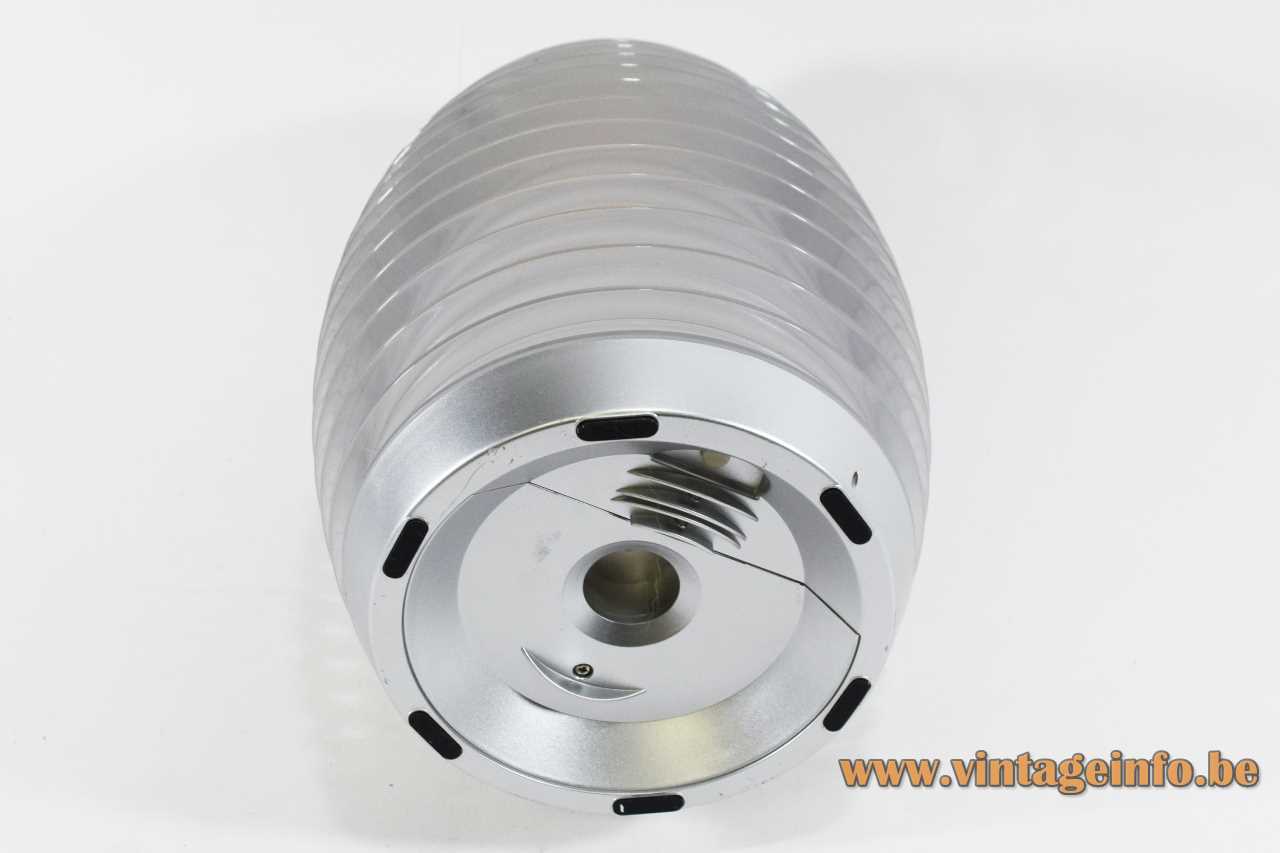 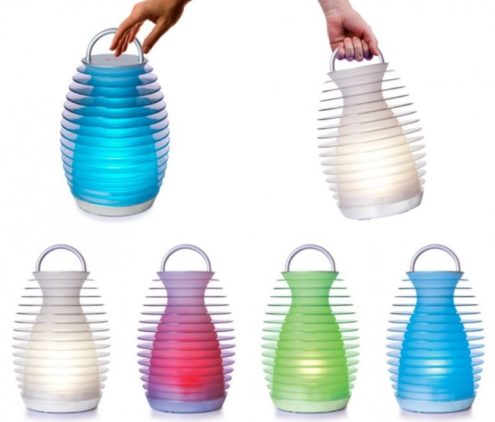 Other versions: The Mathmos Bump table lamp exists in one version.

Mathmos Bump is a portable, rechargeable lantern with a unique ‘bump’ switch mechanism which allows you to choose between 4 light settings.

Bump is splash proof and makes an ideal garden light for summer entertaining but is also an elegant, child friendly all year round portable indoor light.

Simply return Bump to its charging base when it runs low. Bump will last for up to six hours before it needs recharging and may also be used at full power on the base.

The company is best known for its famous lava lamps. The lava lamp was developed from a design for an egg timer using two liquids spotted in a Dorset pub. The egg timer was developed and made by Alfred Dunnett. Craven Walker spent years developing this into a light for manufacture initially using cocktail and orange squash bottles.

Together with his wife Christine he set up the company to produce lava lamps, naming it Crestworth. They travel the country selling from the back of an ex-postal van, also known as ‘Smokey’.

The rights to produce and sell the lava lamps in the USA for the duration of the patent were sold to Lava Simplex International, in 1966.

Throughout the 80s lava lamps were falling out of fashion until the Craven-Walkers teamed up with young entrepreneurs, Cressida Granger and David Mulley in 1989.

Cressida Granger and David Mulley took over the running of Crestworth and changed the name to Mathmos in 1992. The name Mathmos comes from the seething lake of lava beneath the city Sogo in the 1962 comic Barbarella, written by  Jean-Claude Forest.

Mathmos created the biggest lava lamp in the world as part of their 50th birthday celebrations in 2013. A 120 litre giant lava lamp for the Festival Hall in the South Bank Centre, London.

Edward Craven-Walker: “If you buy my lamp, you won’t need drugs… I think it will always be popular. It’s like the cycle of life. It grows, breaks up, falls down and then starts all over again”. 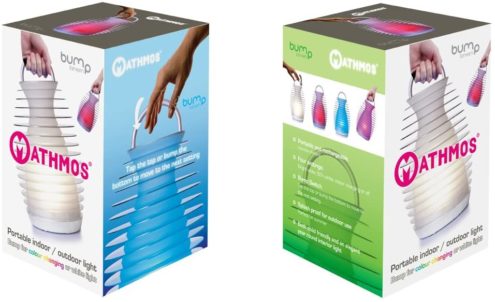