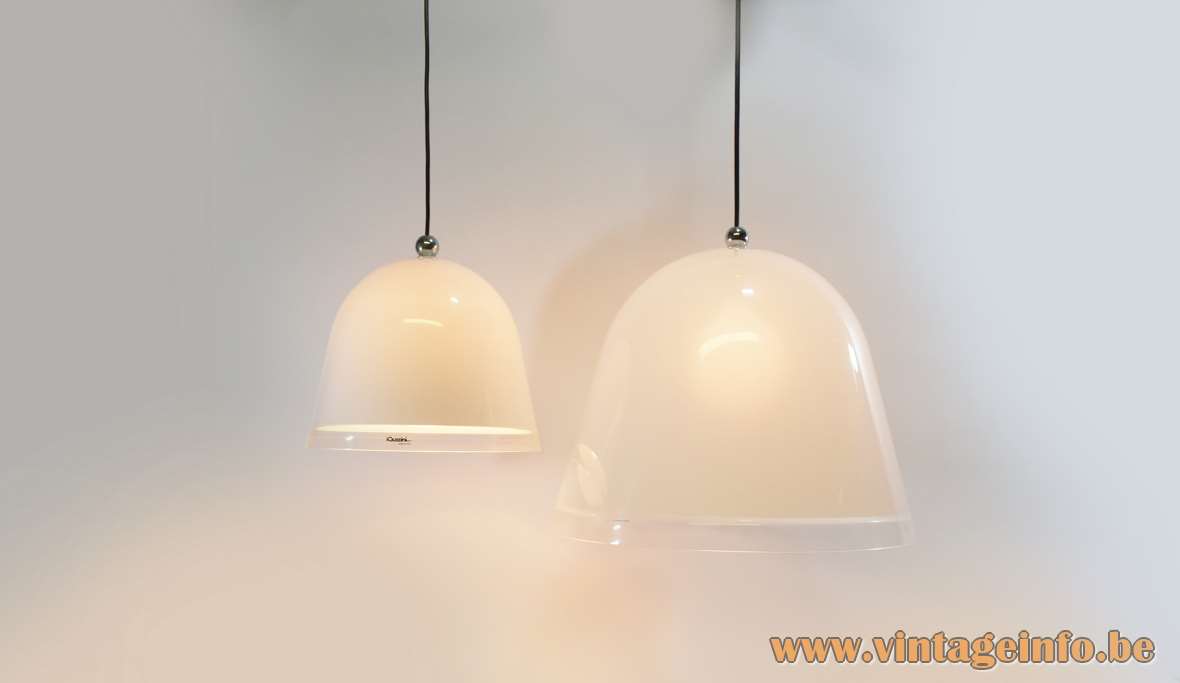 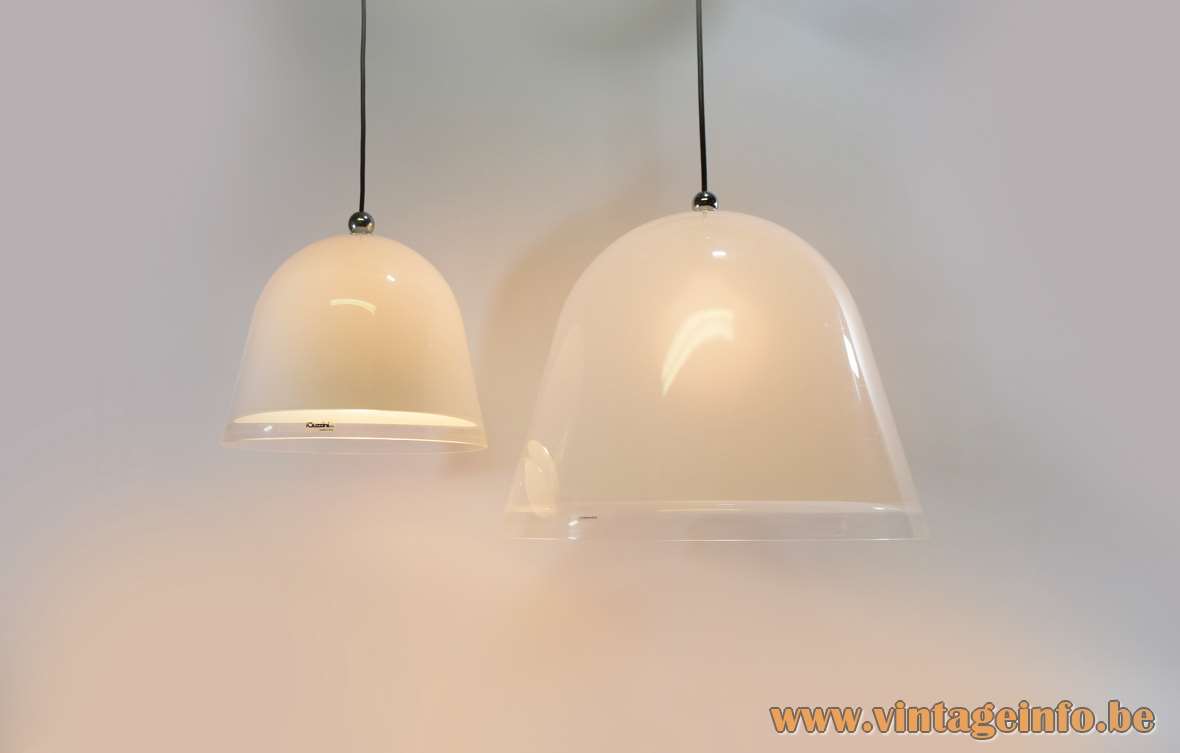 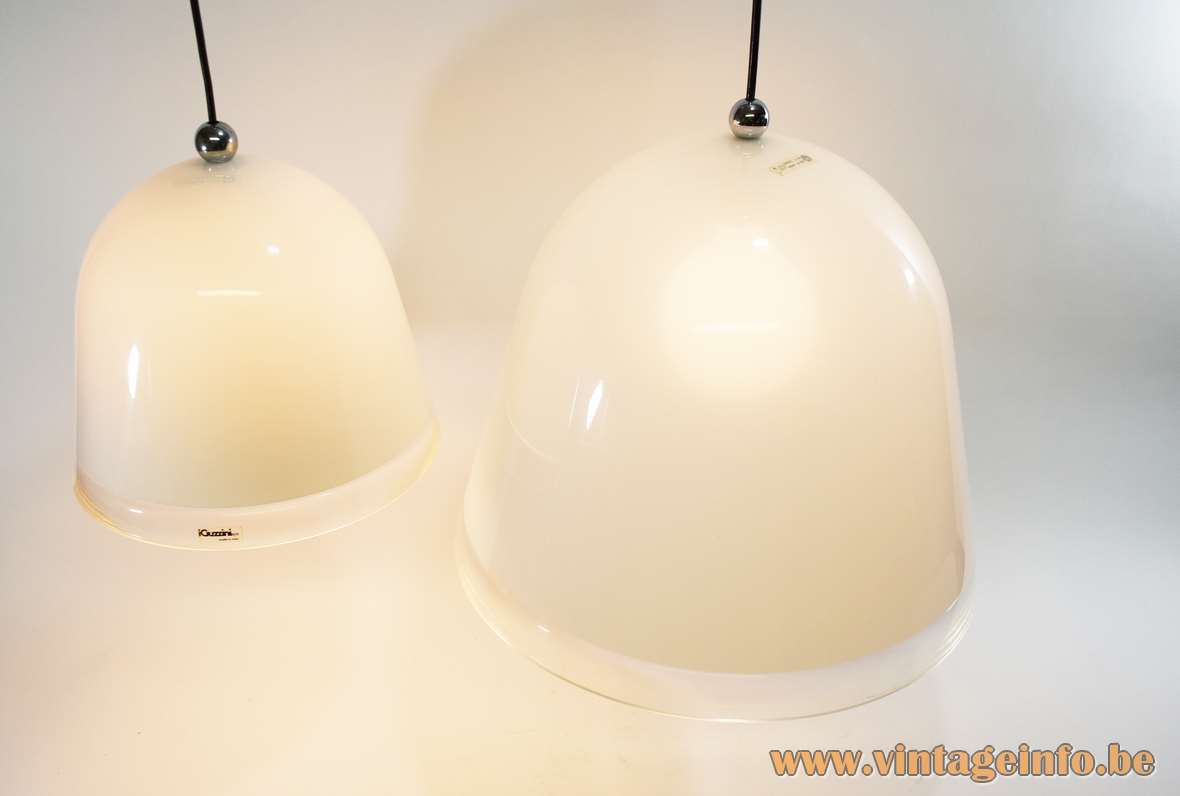 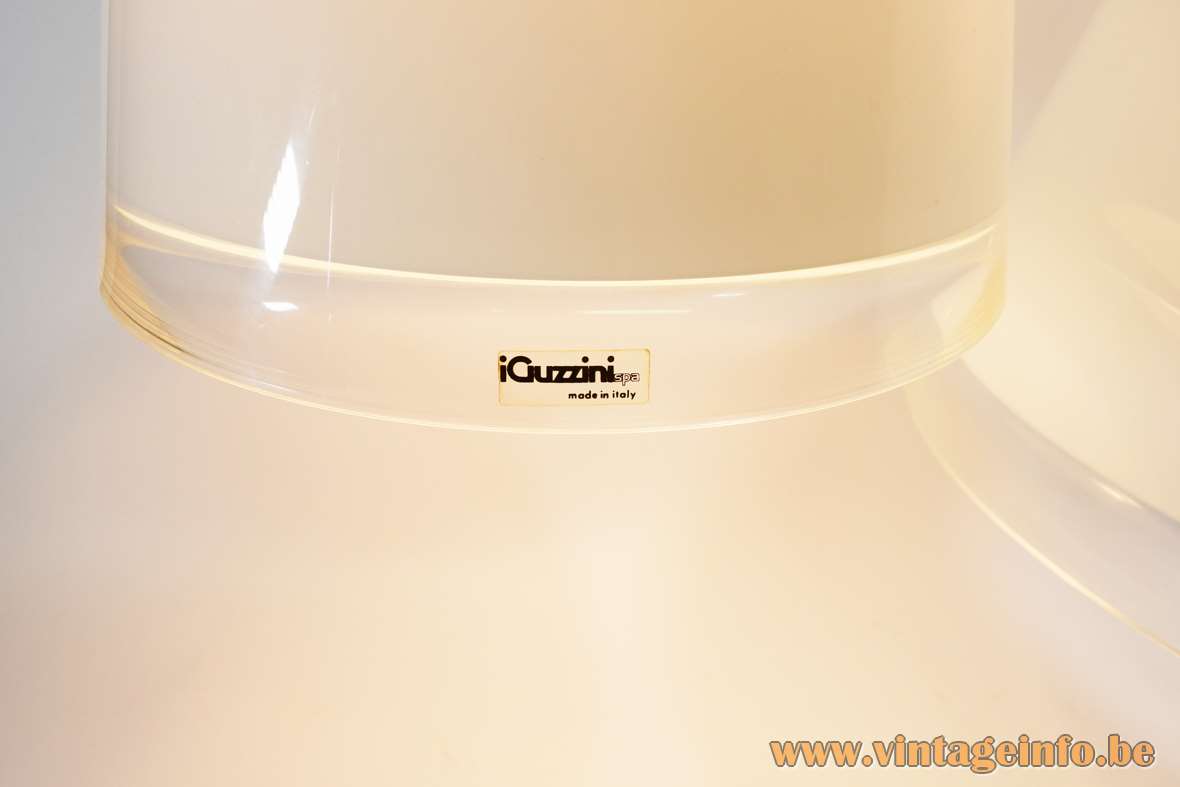 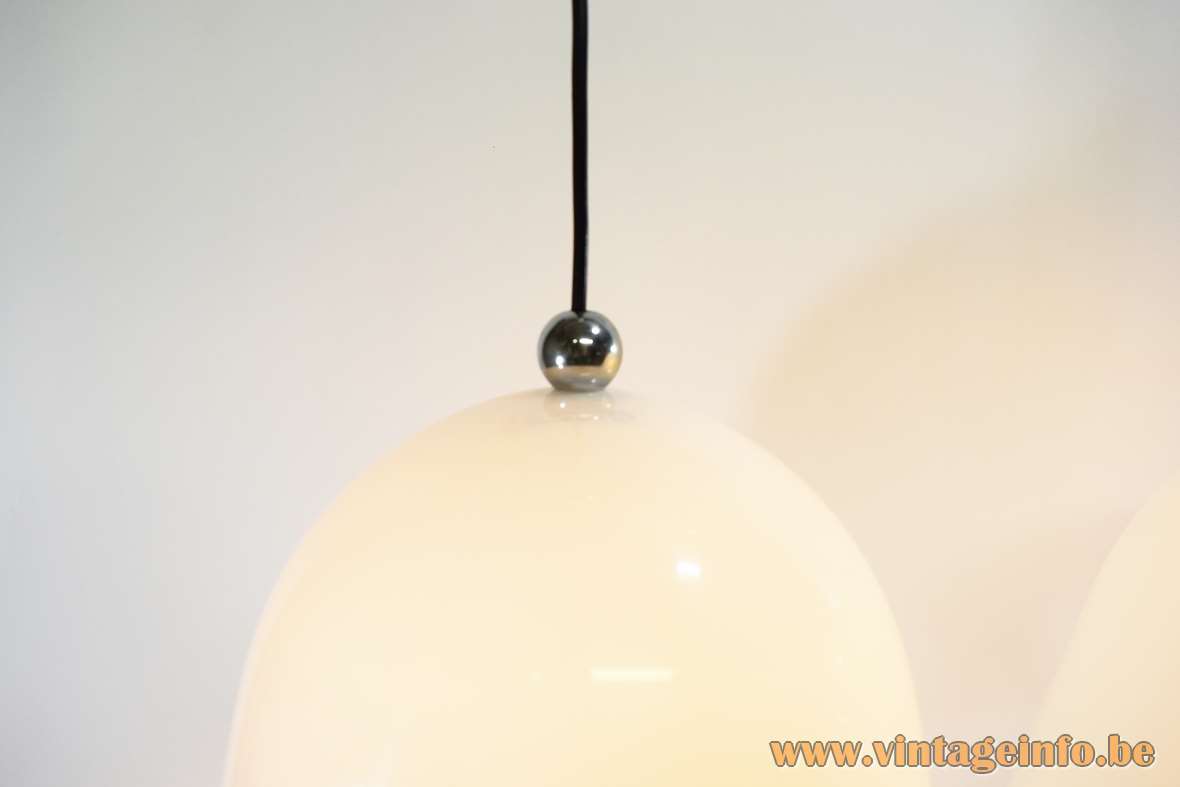 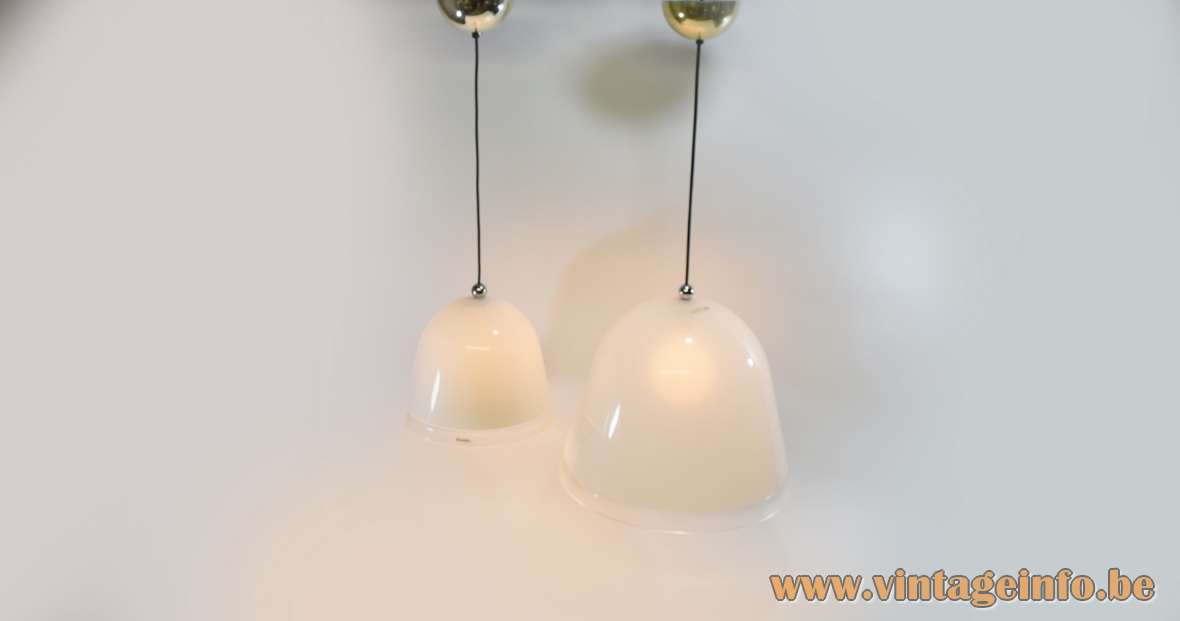 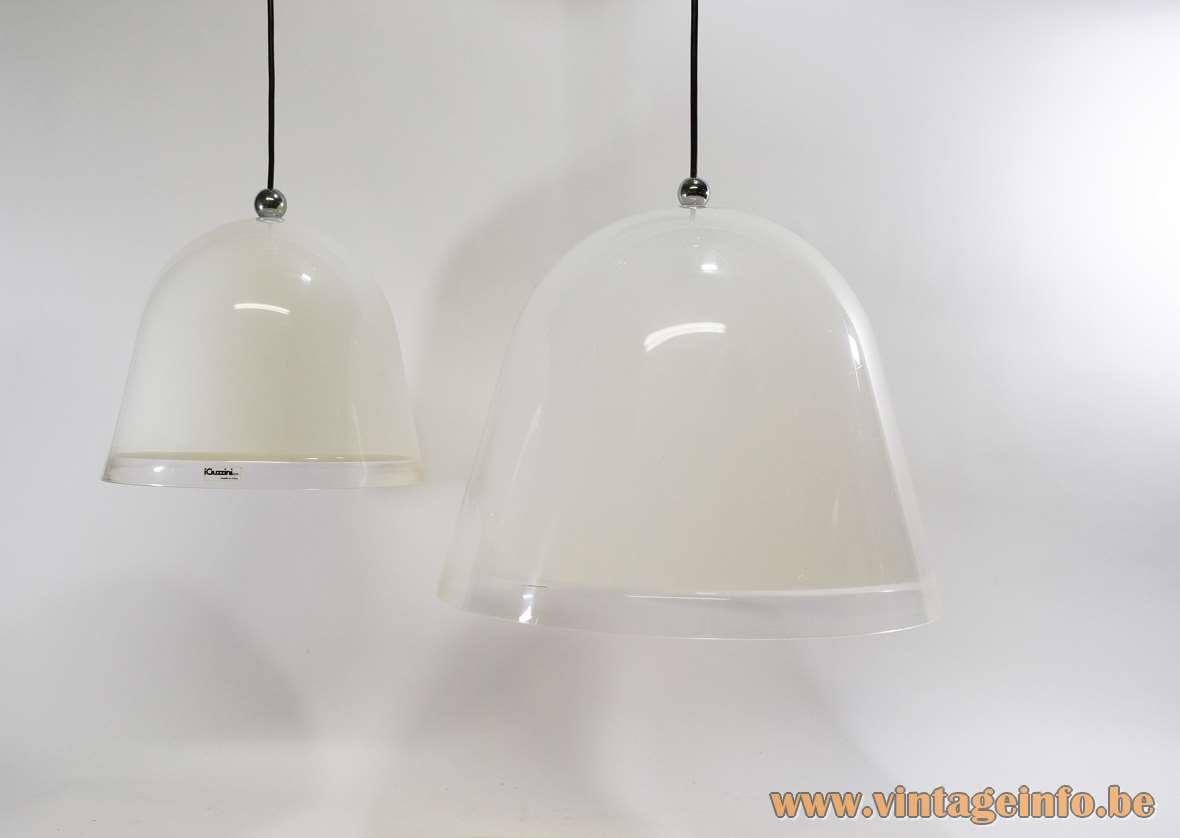 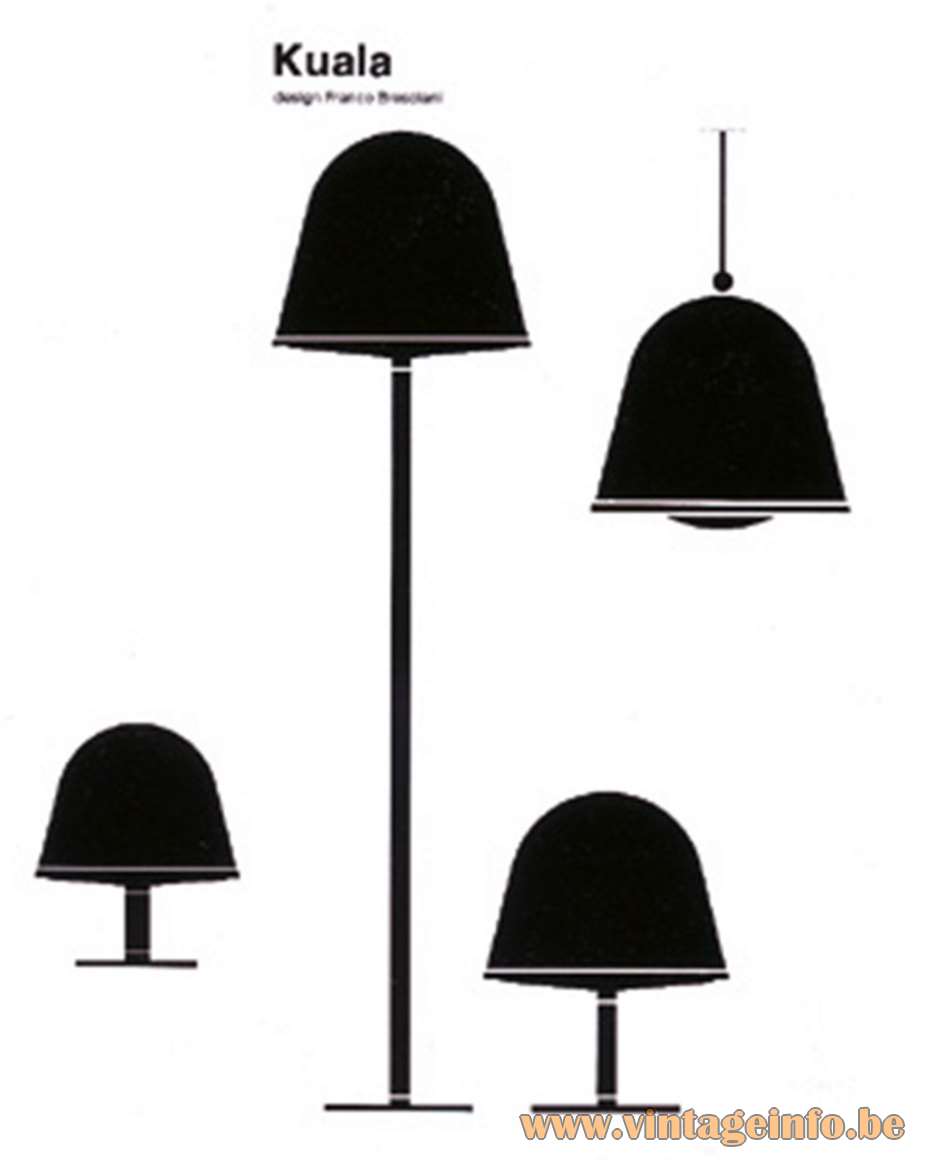 Other versions: The iGuzzini Kuala pendant lamp exists in black, brown and ochre. It was made in 3 different sizes. A table lamp and floor lamp were also produced. Prototypes of the Kuala were made from 1974 until 1981. Versions exist with a total white or black lampshade with a chromed ring, but without the transparent rim. They were also available with a white or clear diffuser below. 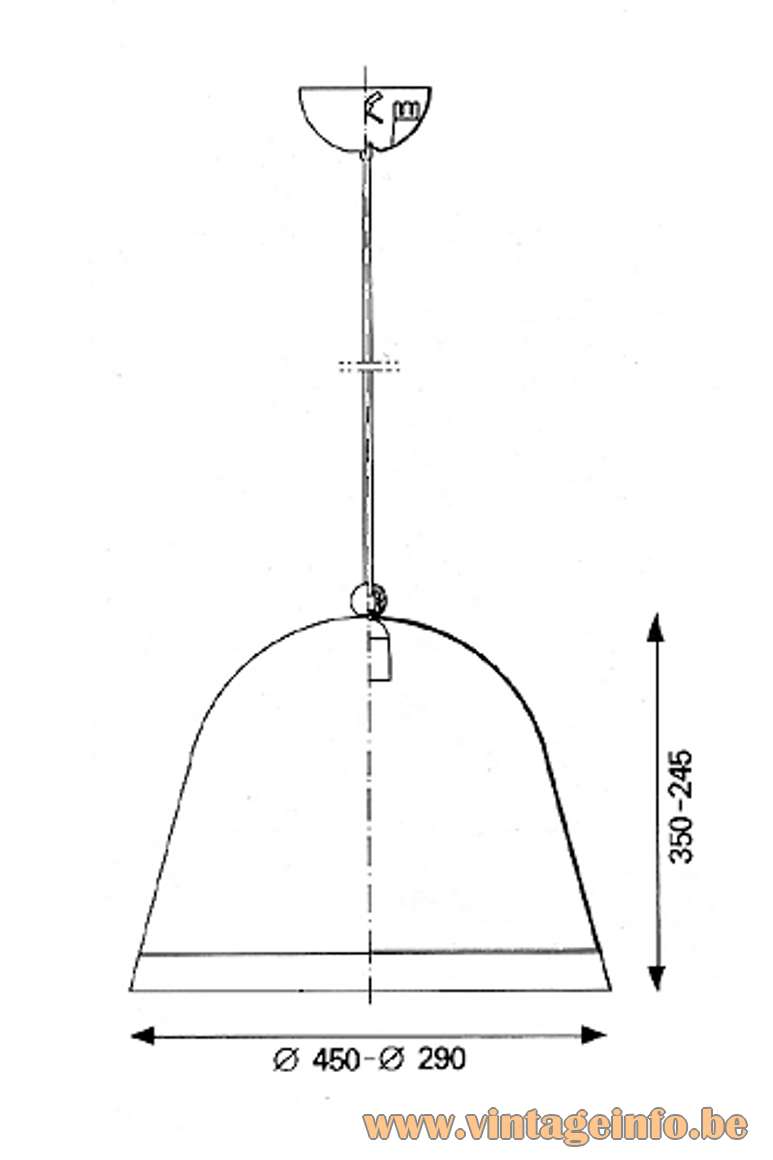 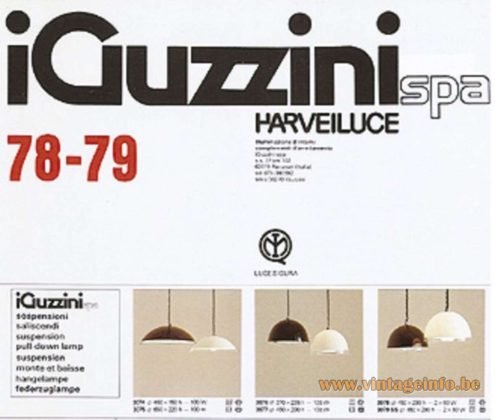